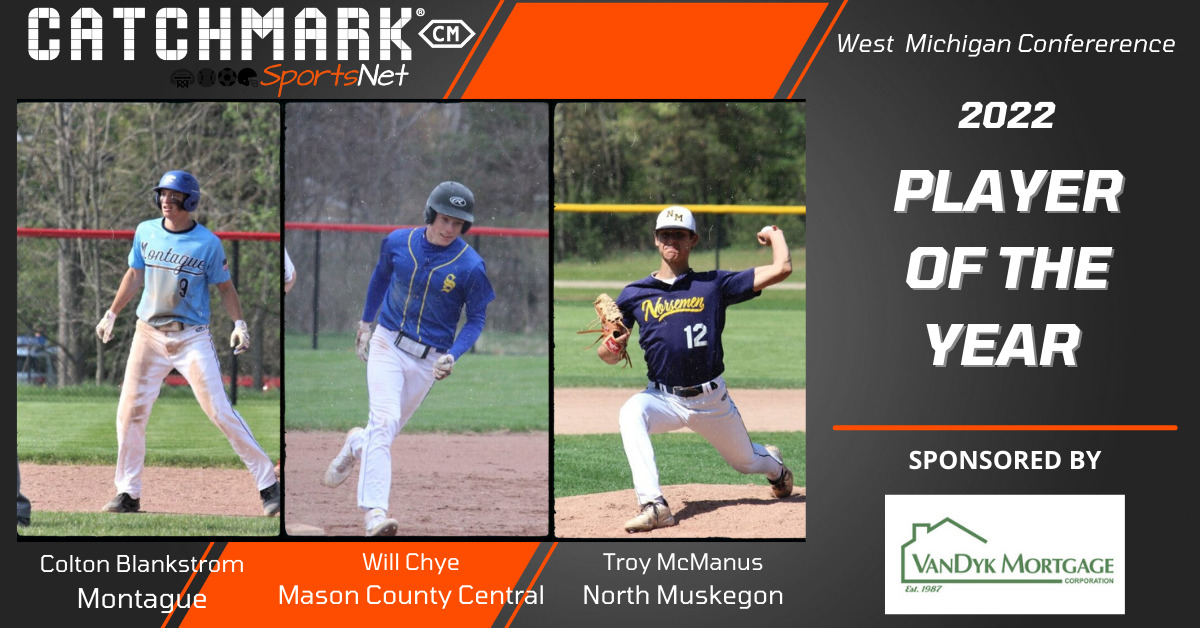 It was a whirlwind, but the 2022 West Michigan Conference baseball season is in the books.

Montague captured the conference championship with a 14-0 record and was the team from the league that advanced furthest, making it to the Division 3 regional finals.

A CatchMark panel consisting of Scott DeCamp, Brent Raeth and Conner Raeth pored over a list of outstanding players from the conference. After some deliberation, the panel came to a consensus on three finalists for 2022 VanDyk Mortgage West Michigan Conference baseball Player of the Year: Montague’s Colton Blankstrom, Mason County Central’s Will Chye and North Muskegon’s Troy McManus.

Friday morning (June 17), a poll will open and readers will vote to determine which of the aforementioned players wins the award. Readers will be allowed to vote once per hour until the poll closes at 3 p.m. Tuesday, June 21.

Here are capsules on each of the Player of the Year finalists for baseball: