CatchMark Profile of the Week: Whitehall volleyball senior ‘better than ever’ after knee injury

WHITEHALL – Rayne Thompson can turn many places for inspiration. Most of her drive is internal, but the Whitehall High School senior volleyball standout comes from an athletic, competitive family.

In the Thompson household, a pecking order exists. Younger brother Camden Thompson, the baby of the family, is at the bottom of the athletic list for now. He’s very gifted, excelling in football, basketball and track and field, but his sister is quick to put him in his place.

“He’s too much of a twig. I tell him to work out. I don’t care if he lifts more than me, I do more reps,” Rayne Thompson snarked about Camden, who is a freshman.

If Camden is seeking a motivator, then he should look no further than his loving sister. Rayne Thompson’s relentless work ethic has been on full display in the past year, as she’s poured months of blood, sweat and tears into rehabilitating the left knee she seriously injured prior to the 2020 volleyball season.

She tore her anterior-cruciate ligament (ACL), which cost Thompson her junior year with the Vikings, after she showed promise in 2019 as a Michigan Interscholastic Volleyball Coaches Association Division 2 all-state honorable mention pick as a sophomore.

Not only was Thompson bound and determined to make it back for her senior season, she wanted to it be her best yet. So far, so good. The Vikings, who are ranked No. 10 in Division 2, carry an 18-2 overall record and 5-0 West Michigan Conference mark into Tuesday night’s home showdown with fellow league unbeaten North Muskegon.

Through 20 matches this season covering 51 sets, Thompson has piled up 190 kills, 120 digs, 28 aces and 25 blocks. The 5-foot-10 outside hitter was named the MaxPreps/American Volleyball Coaches Association Player of the Week for Michigan Aug. 30-Sept. 5.

Most importantly, Thompson has established a leadership tone for Whitehall’s team.

“Crazy how much we missed her (last season), obviously. She’s our best player and then she’s better than ever,” Whitehall veteran coach Ted Edsall said. “I mean, she’s stronger, she’s very motivated – she wants to play at the next level.

“She attacked rehab. According to Mike Braid (director of athletic training at i’move in Spring Lake), his best rehab player ever. And so that’s kind of how she plays, too. She wants to win and she wants this team to be successful, so her leadership’s been great and we ask a lot of her. She’s going to make some mistakes, too – it’s just inevitable. But I’m proud of her. Nobody plays harder.” 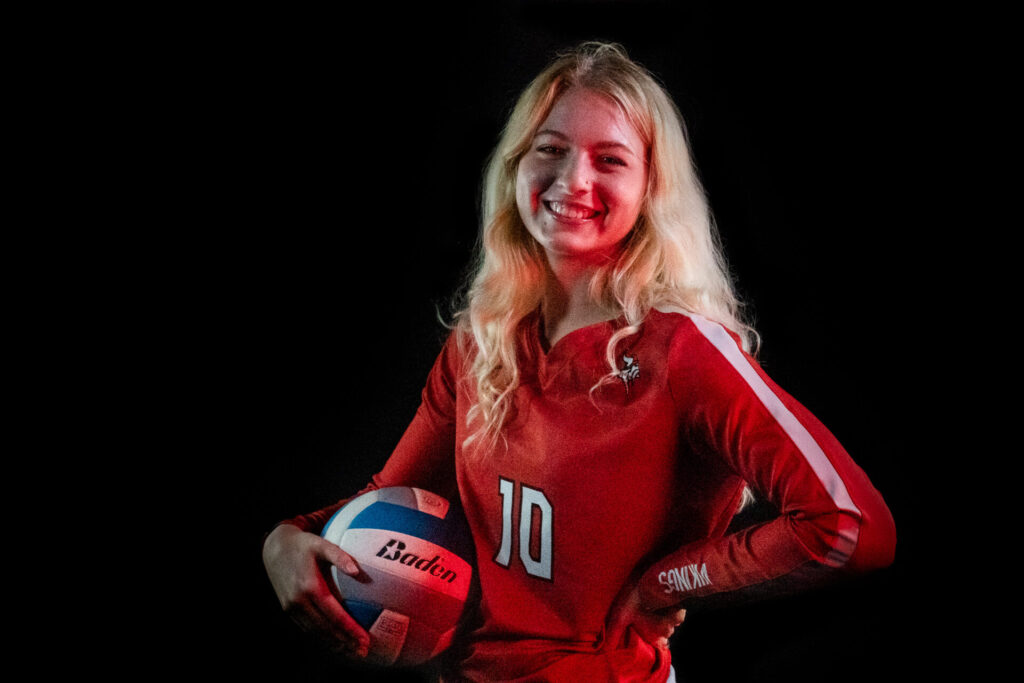 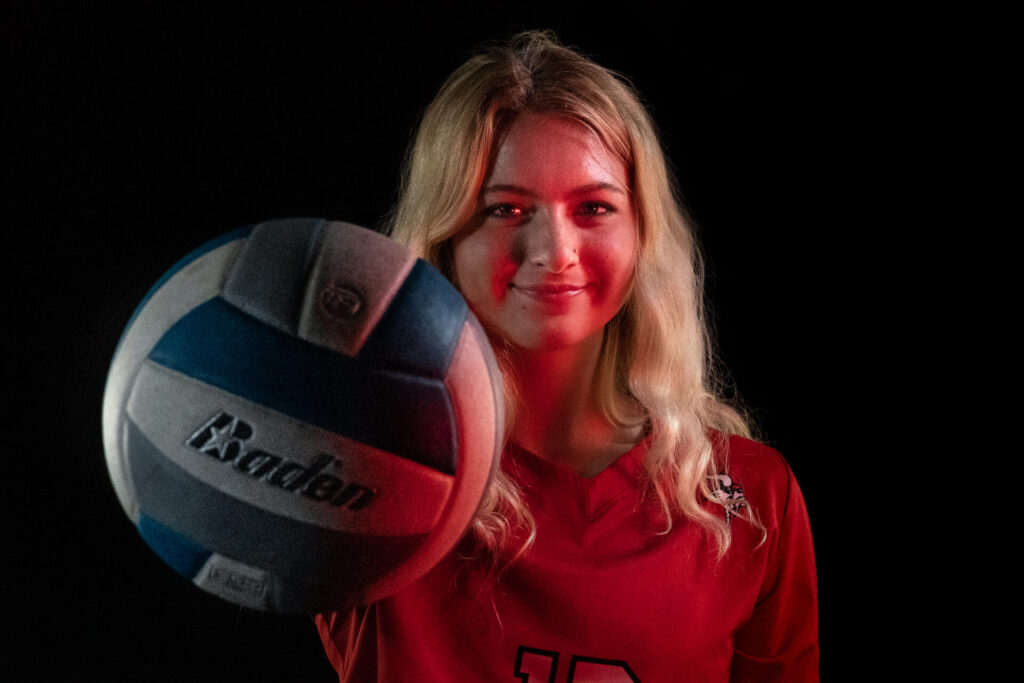 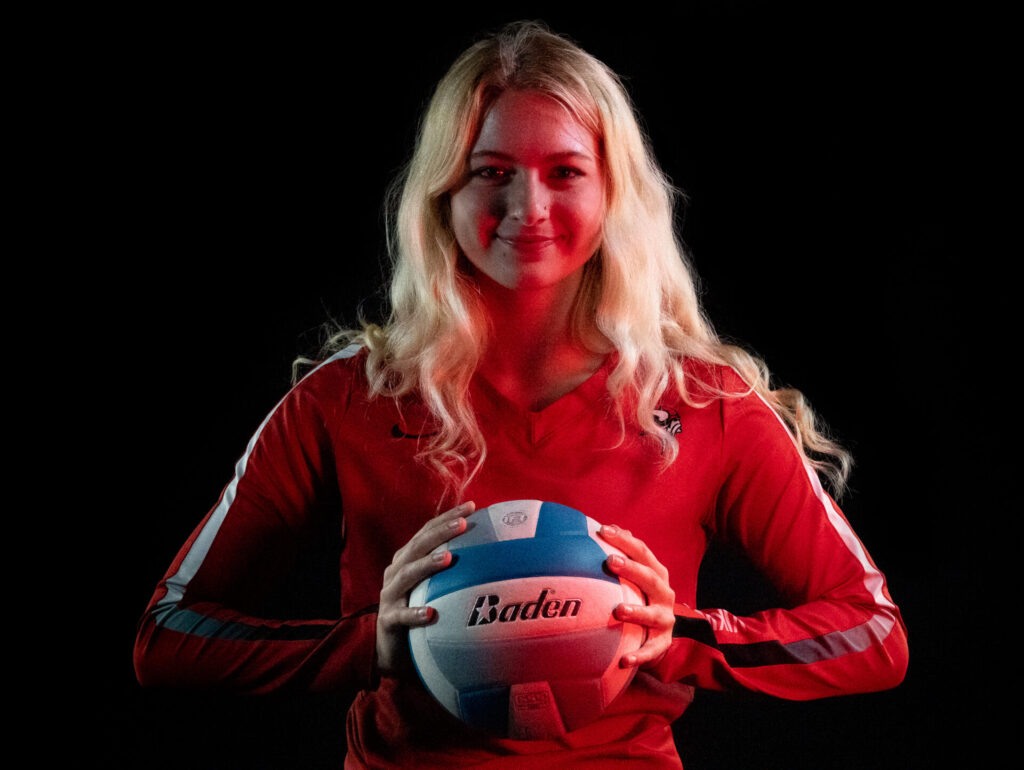 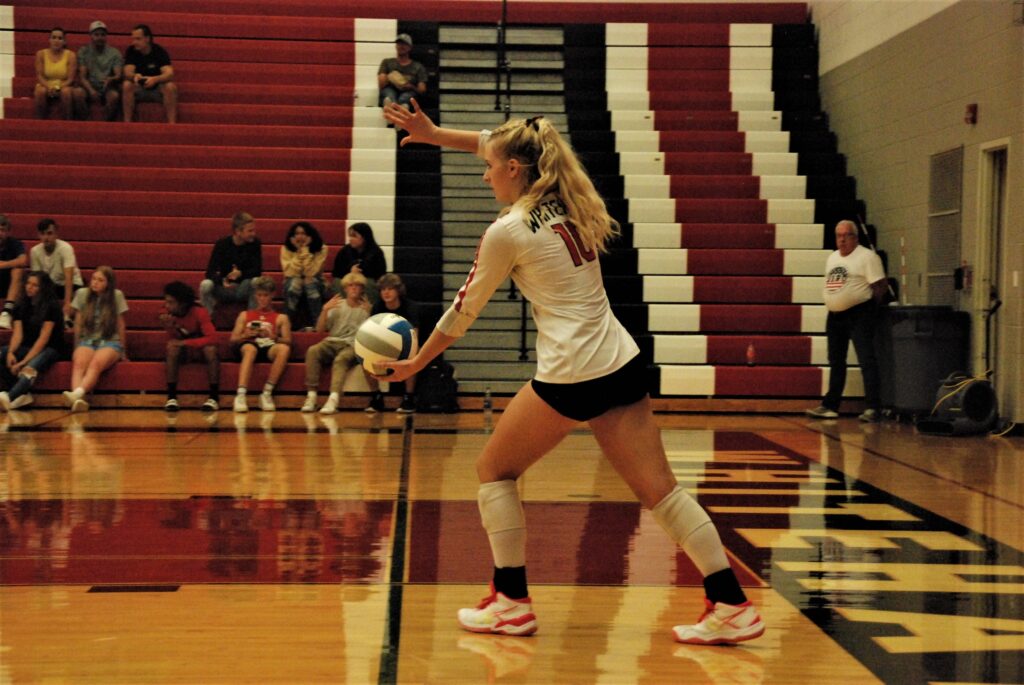 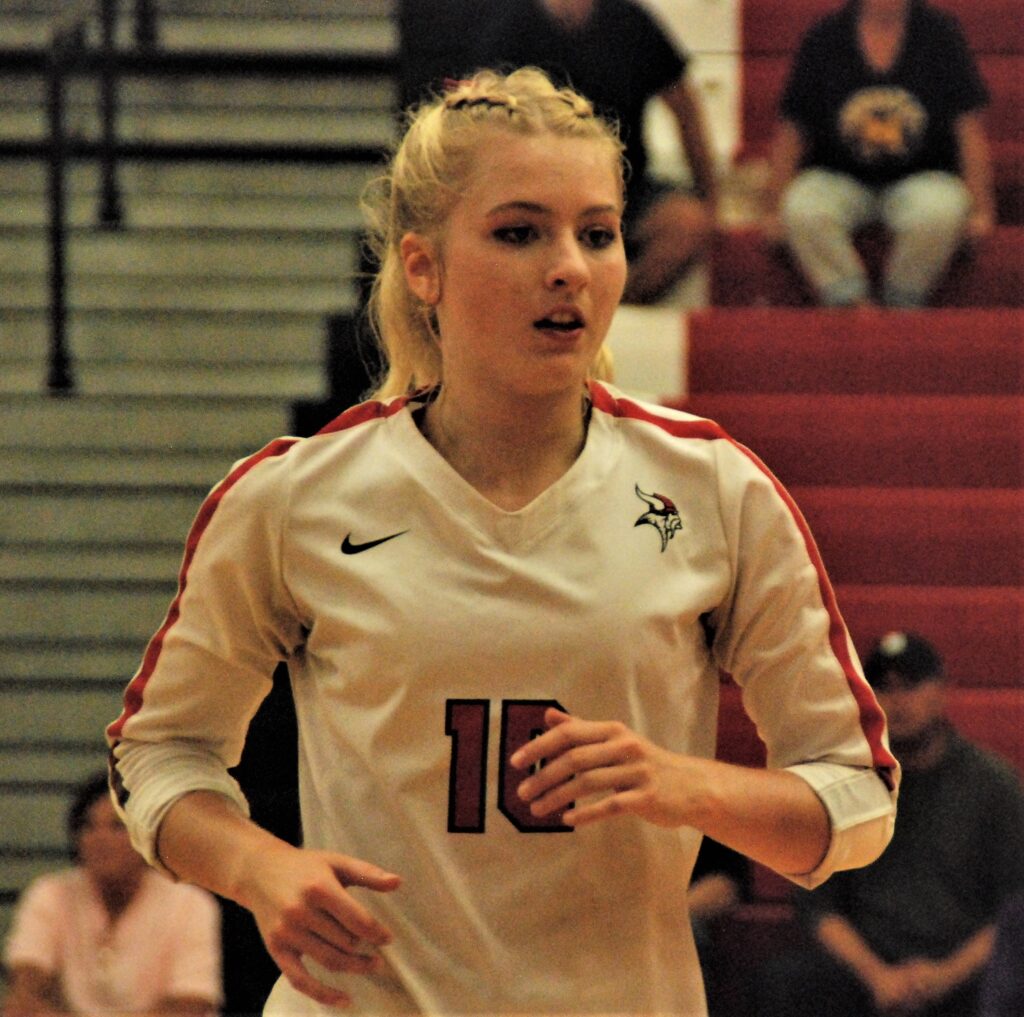 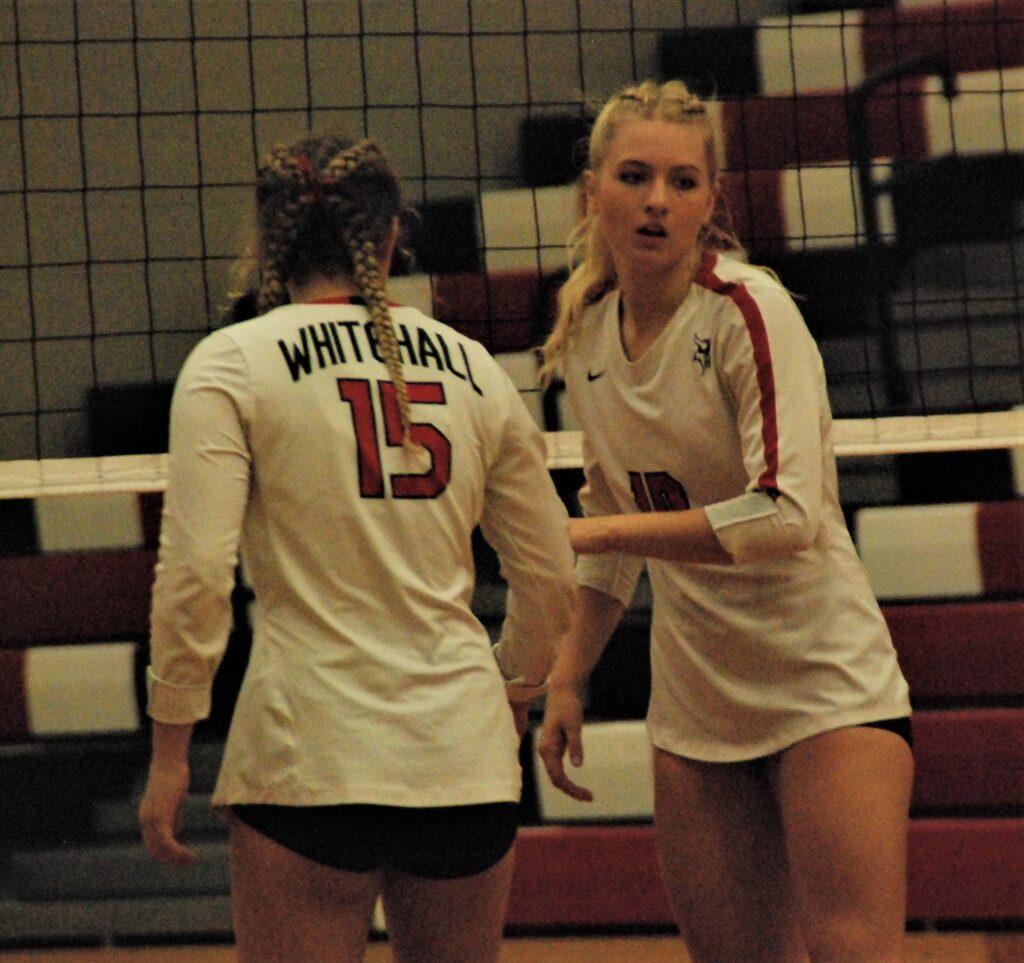 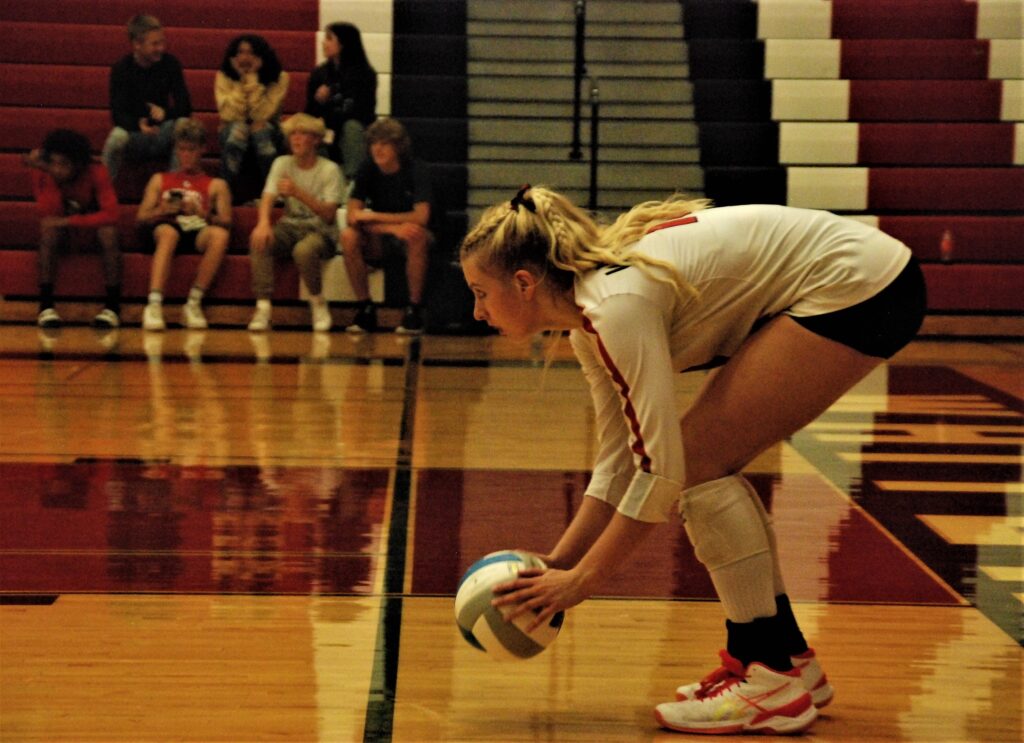 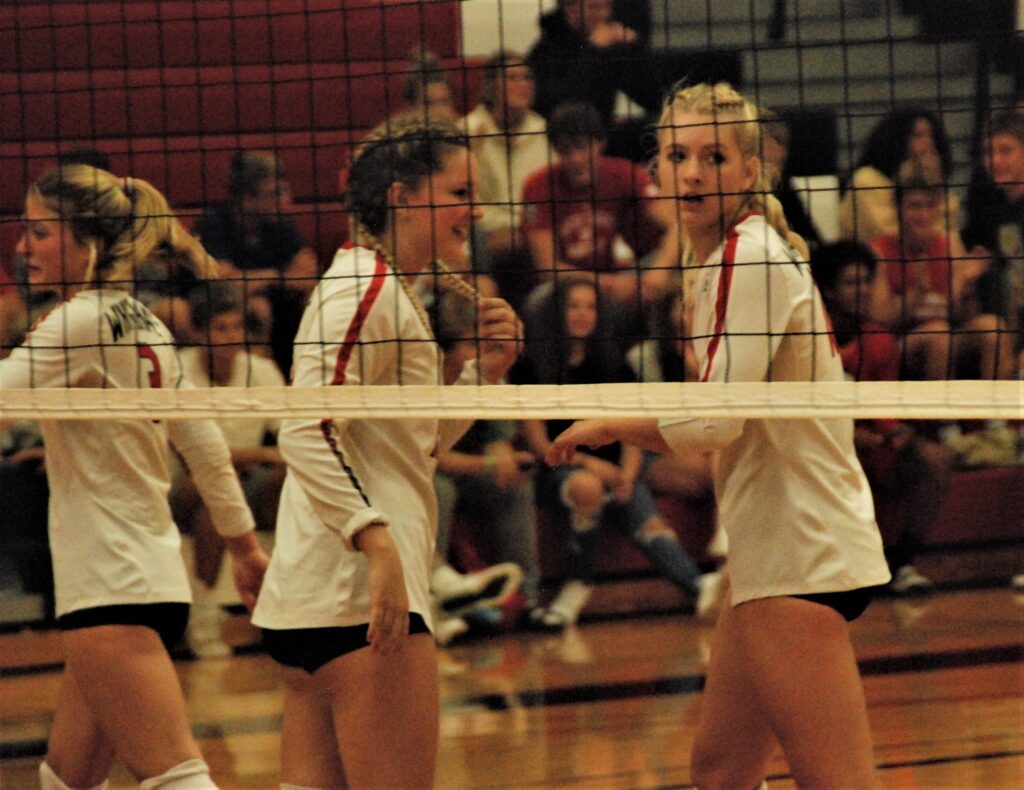 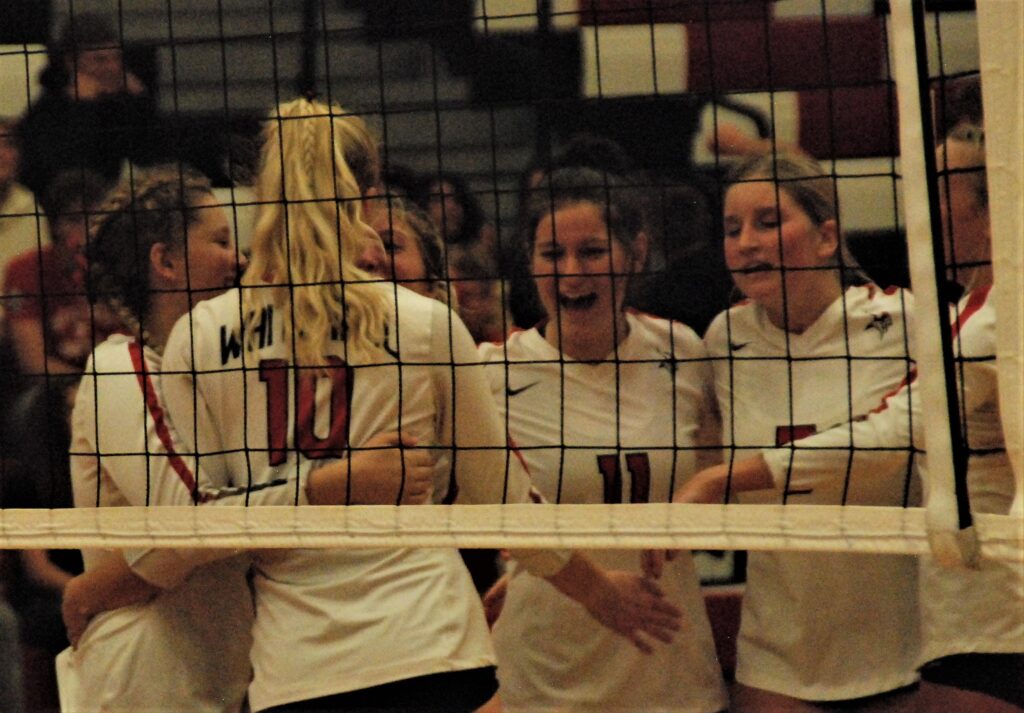 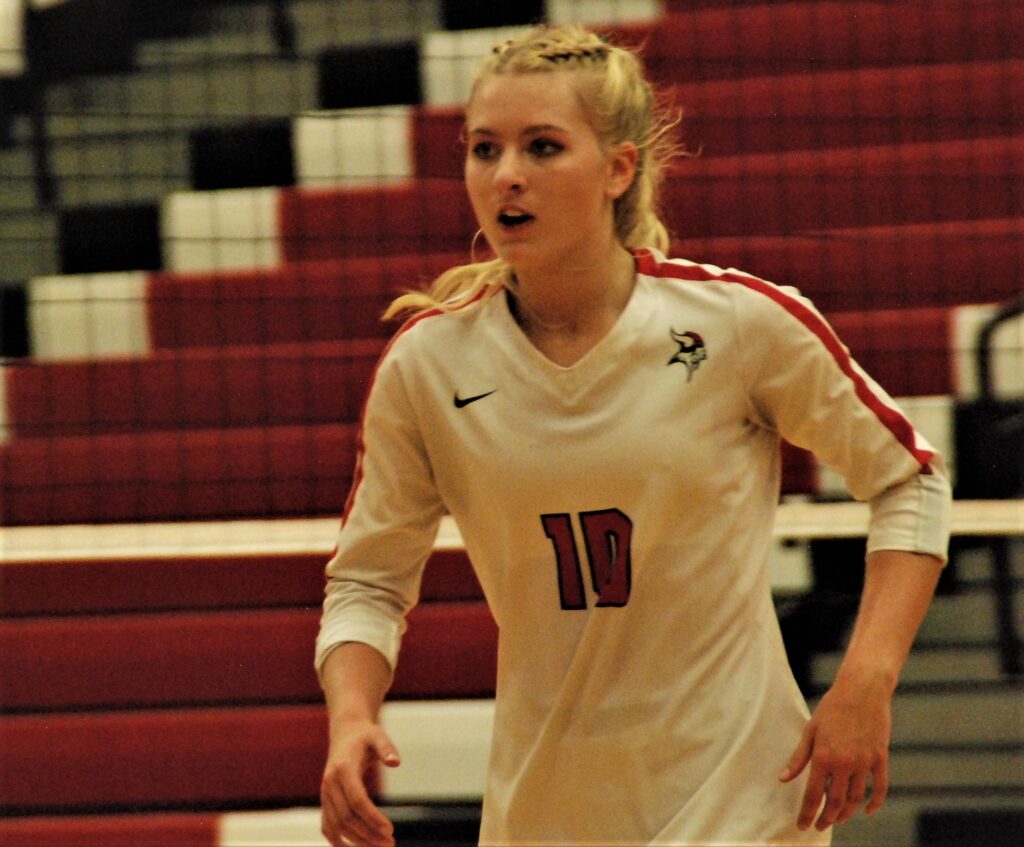 Thompson suffered her knee injury during a preseason scrimmage a little more than a year ago. From the wear-and-tear of repeatedly landing on her left leg to the final blow of coming down on it wrong one final time, her ACL gave out.

Braid said most ACL injuries require nine months to get back to full strength. Thompson said she was told it would be almost a year before she was ready to return to the court, but she was cleared by her doctor in 4 ½ months.

Thompson said that Braid recommended she get stronger overall and not rush back, so she began hitting the gym around the 6 ½-month mark. She attacked her training like very few Braid has seen at her age, he said.

The 17-year-old Thompson credited her mother, Annette Thompson, and Braid for pushing her through. The goal the entire time was to be stronger than ever for her senior season.

“To me, what was special about her is that she took ownership in the process,” Braid said. “What I mean by that is, today parents are so actively involved in every aspect of their kids’ lives. I think with Rayne and her mom, I think her mom kind of challenged her to take responsibility for this and so all of my communication was with Rayne. She’d email me or message me and she’d have a question of this or that, as opposed to mom or dad being the one.

Much in the way Camden looks up to Rayne, she grew up idolizing her older sister, former Whitehall and Michigan State volleyball player Autumn (Christenson) Holzgen. At Whitehall, Holzgen earned Class B all-state honors four times as a dominating 6-3 middle hitter, but she also battled knee injuries.

Thompson’s mother, formerly known as Annette Farmer, starred in sports at Hart and she went on to Grand Valley State, where her athletic career ended after a knee injury suffered in basketball.

Thompson’s father, Robert, has played a lot of beach volleyball. Rayne Thompson also has played basketball and competed in track and field, plus she’s participated in dance. Safe to say, athleticism is in her genes, but her true passion is volleyball and it shows.

“She can hit anywhere — from the left side (as) the outside hitter, down the middle and the pipe on the white. She’s just a great all-around player,” Oakridge coach Robert Rieger said about Thompson, whom his team faced Sept. 14. “What I noticed is, she’s a really good leader on that team. Even when she had a couple serves that were a little long, she did not let that get her down. She came back, she passed the ball. Whenever she had a chance to hit, she just really ripped it.”

All the hard work and determination are paying off. Not only is Whitehall having great success this season, Thompson recently received an offer from Division II Northern Michigan University. Edsall expects more college opportunities to come for the 3.7 student when she resumes club volleyball after her Whitehall season is complete.

Even though Thompson missed out on some opportunities last season, she has no regrets. She believes things happen for a reason.

“It does take hard work. You can either put (the negative) behind or you can always think about it and make it a problem or think it’s the end of the world when it’s not,” Thompson said. “Even though (the knee injury was) something that takes months to heal, it’s your body and it’s how you reflect on it.

“If you want to build on something bad that happened, you can take it as something good like I did and it helps you in the future.”