WHITEHALL — “You’ll always be my buddy.”

As Tommy Foster explained it, that’s what Shannon “Buddy” L. Popps Jr. was told by his grandfather when Buddy was a youngster.

As it turned out, he was everybody’s buddy.

This Saturday (Oct. 15, 2022), family and friends will celebrate Buddy and his father, Shannon L. Popps, who passed away within a month of each other over the summer. A combined “Celebration of Life” will be held from noon to 3 p.m. at White Lake Eagles #3214, 1204 S. Lake St. in Whitehall. It is open to the public.

Both Shannon and Buddy possessed the gift of gab and for making others feel important. Both were members of the White Lake Eagles, White Lake VFW Post #3256 and Whitehall American Legion Algot Johnson Post 69. They were both musicians and entertainers. Both impacted countless lives.

“My ‘Papa’ and my dad were carbon copies of each other in all matters other than politics, which they could frequently be overheard having spirited debates over,” said Buddy’s oldest child, Kara Popps. “Wherever they didn’t appear similar was how they balanced each other out.

“Papa loved his routines. Dad loved to drag him out for more fun. They were the best of friends.”

Shannon Popps built hundreds of homes in the Muskegon County area, including several larger projects in West Michigan. He spent his entire life in Whitehall.

Buddy Popps worked for many years in property management and he was a veteran of the U.S. Army. He was an avid sports fan and he enjoyed coaching them. He resided in Whitehall or the White Lake area for most of his life.

Shannon and Buddy Popps both had experience in the teaching profession and they impacted countless lives. 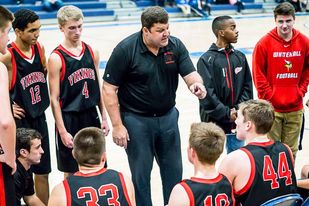 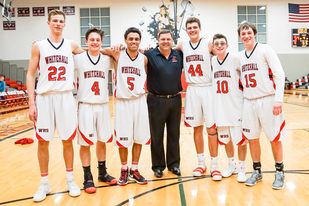 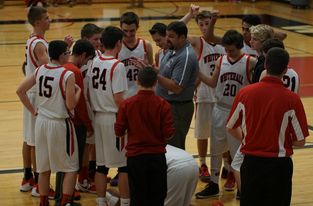 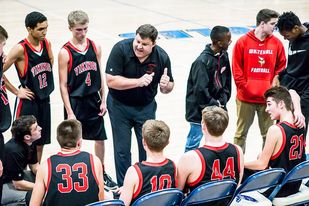 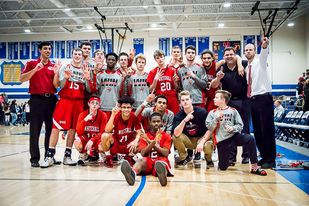 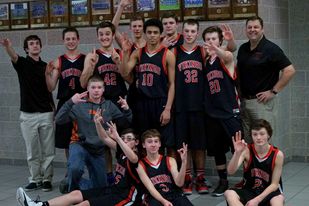 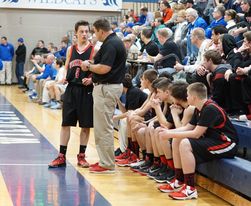 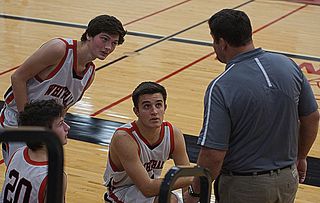 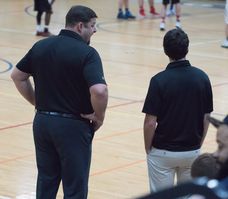 “I think with everything (Buddy) did, he was impactful. He was a teacher, he was a coach, and then he got out of teaching but continued to educate through coaching,” said Nate Aardema, the former Whitehall boys varsity basketball coach, for whom Popps was junior varsity coach for a half-dozen years.

“He played music and entertained and that made people happier. You know, some people just have that magnetic personality where, when they enter a room, eyes kind go up to him or her and you want to know what’s going on with them and you want to get that handshake. That was Buddy.”

Chuck Hulce, well-known in the White Lake area as a Michigan High School Athletic Association official and as a former coach and educator, had known Buddy Popps since his days at Whitehall High School in the mid-1980s.

Hulce said that in his neighborhood during those days, Buddy would lean against his vehicle, play his guitar and sing. Hulce’s daughter, who was in middle school at the time, would sit on the curb and listen to Buddy for hours.

Hulce said that when Buddy returned to the area after being in the service, the two would see each other frequently. One of the gathering places was White Lake Eagles, where Buddy frequently performed.

“He was a very giving person, upbeat. Loved what he did, whatever he did, whether it was his music or coaching and when he was teaching,” Hulce said.

“He just gave 100 percent all the time and I’m sure in the classroom he was a motivator of his students. He motivated his players. He was just an upbeat guy that never had a harsh word to say about anybody and he was just everybody’s friend.”

Foster, a local musician, graduated with Buddy Popps from Whitehall High School in 1985. They spent thousands of hours together, playing music and working gigs as a tandem.

Foster recalled his childhood when his parents asked him if he wanted to take piano or violin lessons. He chose piano. One day, his family picked up a donated piano from a church in town and they were hauling it home on a trailer. They were driving ever so slowly when they saw Foster’s third-grade classmate, Buddy Popps, walking home.

Foster called out, “Hey, Buddy, I got a piano! I’m taking piano lessons.” Buddy replied, “Great! I play guitar. Maybe we’ll get together someday and play.”

Fast forward to college, after Buddy had gotten out of the Army, and they reunited in East Lansing. They met up at an open-mic night. Both played a little guitar at that point. They played together five nights a week from the late-1980s to the mid-1990s.

Foster concedes that Buddy was the better singer in those days. 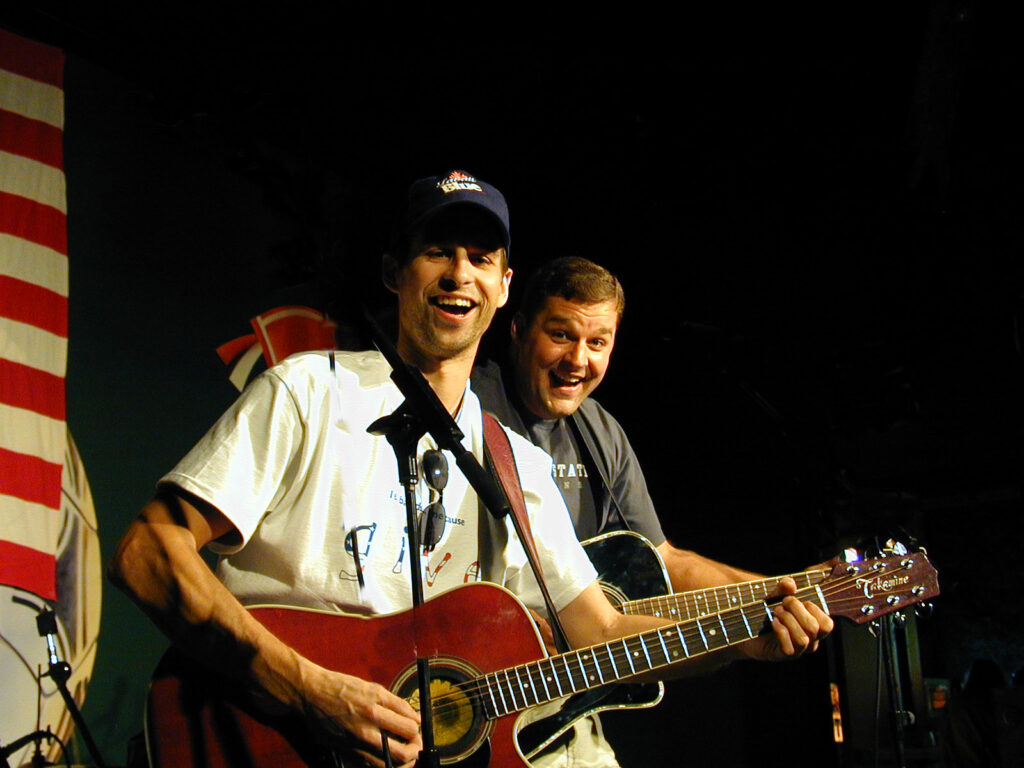 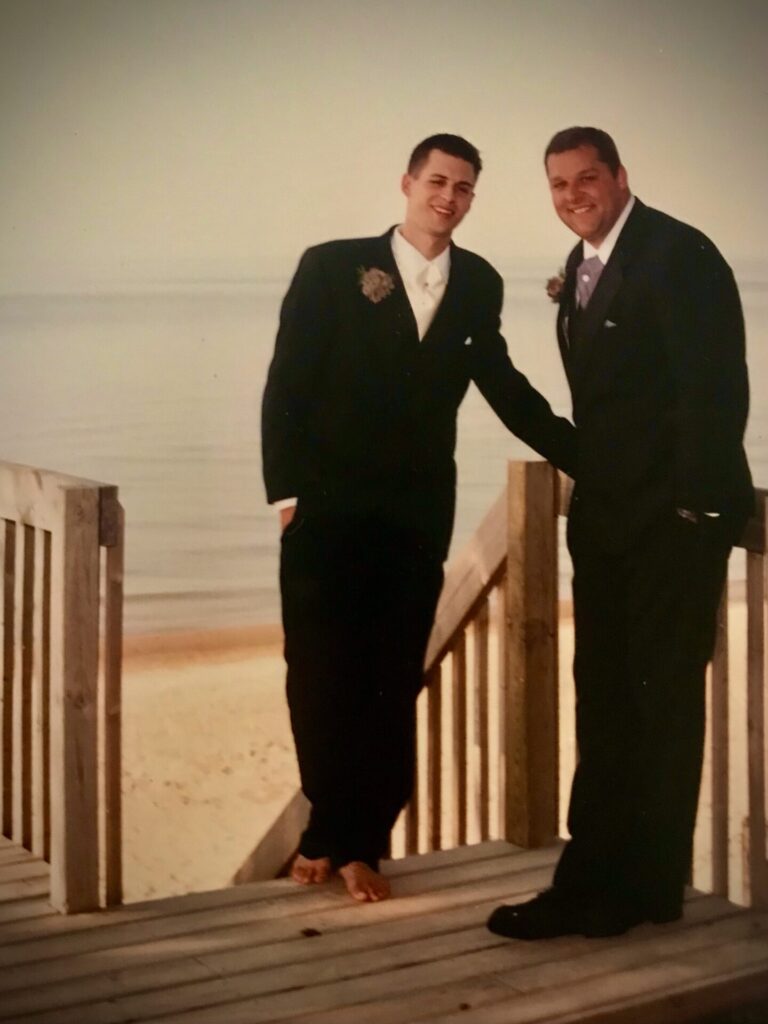 “He had a natural sense of harmony. His dad was a (performer), too, so he was kind of a chip off the old block in that sense,” Foster said. “(Buddy) had, like, an Elvis voice and he would impersonate stuff, so I kind of tagged after him. I kind of learned how to do some of the stuff that he did. He had a really strong voice.

“His gift was to engage fully, I think, with anybody at any time. Hypothetically, if you’re visualizing him in a setting – say, like the Eagles or any social setting – his ability was to actively engage and be accountable, and he acknowledged just about everyone that wished to connect to him. He had an inviting energy and people, I think, got charged up and inspired by his energy.”

Buddy Popps was characterized as sensitive and sincere. He was one of those people who had a knack for making others feel better about themselves.

Aardema said that Buddy had a lot of one-liners, but one which Buddy and his father lived by was “Never had a bad day.”

“A firm handshake or a big bro hug or whatever it might be, would follow,” Aardema reminisced.

Said Foster about Buddy: “Some of his sensitivity made him sensitive to everybody else. He went with his greatest strength, which was to be connective with people and to make everybody feel like a million bucks when he held court because he held court often – that was him. When you were engaged with him, you were paying attention to him. He was a great storyteller. He made everybody feel special.”

Kara Popps cherishes all the memories created with her father, but the ones at Sea Fever Lodge really stand out, she said.

According to Kara Popps, her dad’s ability to relate to all was a product of his diverse life experience. It showed in his “incredibly diverse friend group,” which he cultivated.

She loved to brag about her dad’s music career when she was little. He would tell others he wasn’t that good a musician, but in her eyes, he was a top-tier celebrity.

To a man, Buddy Popps knew how to put on a show. He was a crowd pleaser. He knew how to make others happy.

He was everybody’s buddy.

“There is nothing in this world that fills the hole of losing a parent when they are loved as much as I love my dad,” Kara Popps said. “Sometimes all I want to do is shout his story from the roof tops so everyone remembers his name. Sometimes all I can do is try to remember to drink water and sleep.

“Grieving is love with no place to go, and it physically hurts to navigate through when the worst of the waves hit. I’m so grateful for the time I was given with Papa and Dad in the beginning of the summer, as I have tons of fresh memories of them to cling to.”