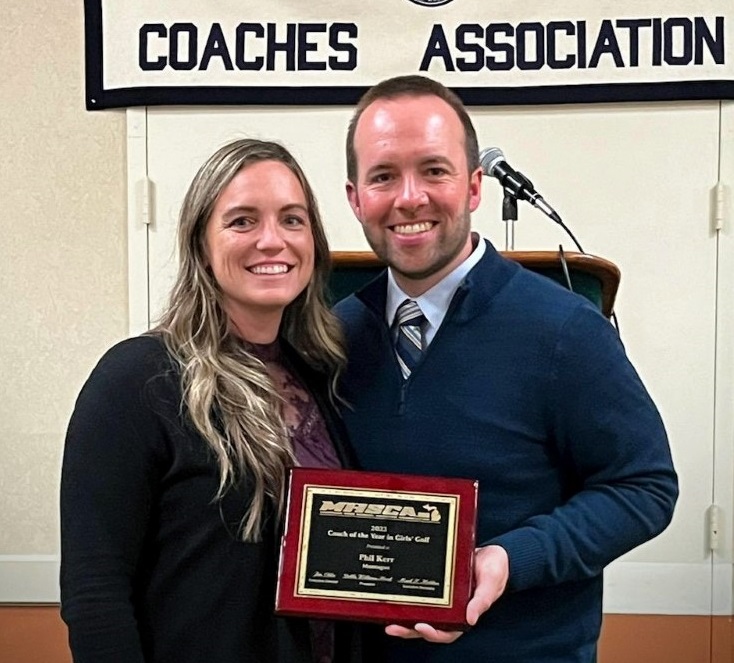 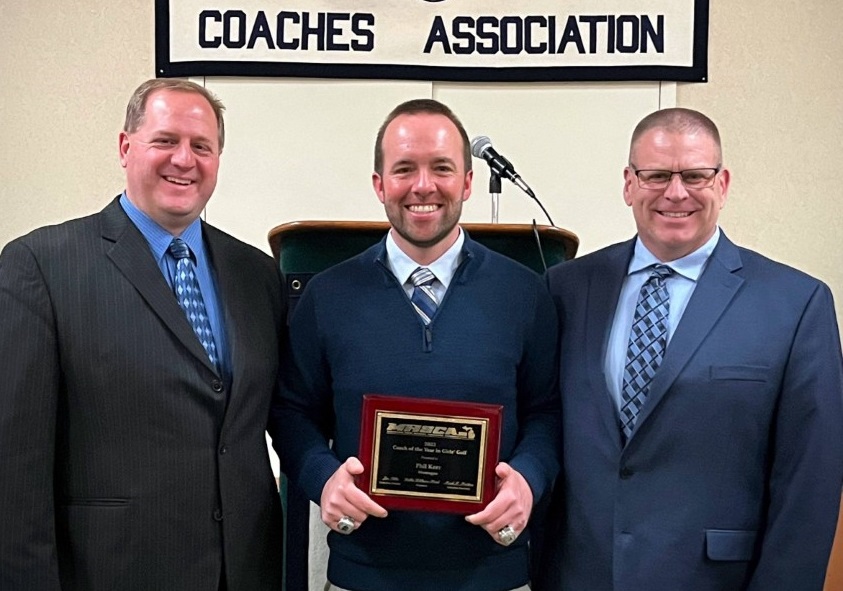 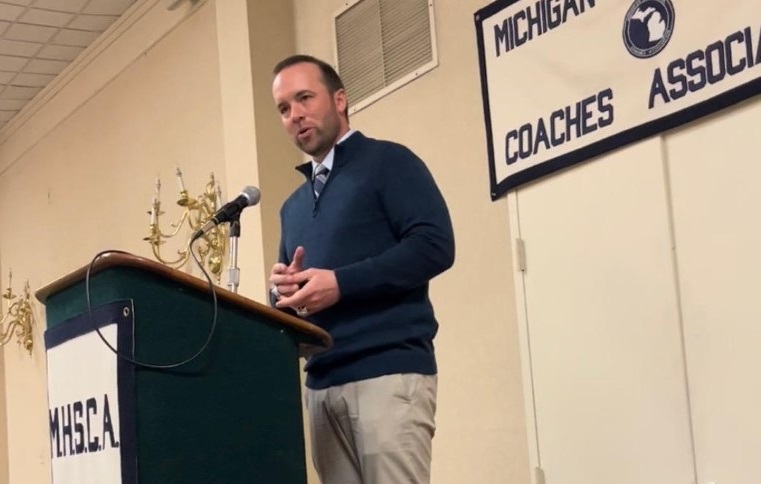 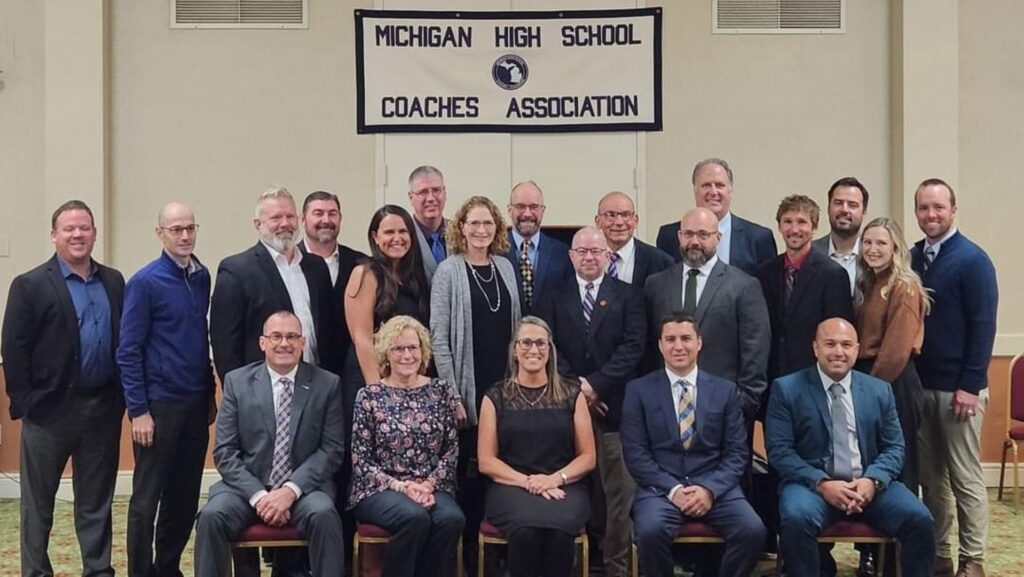 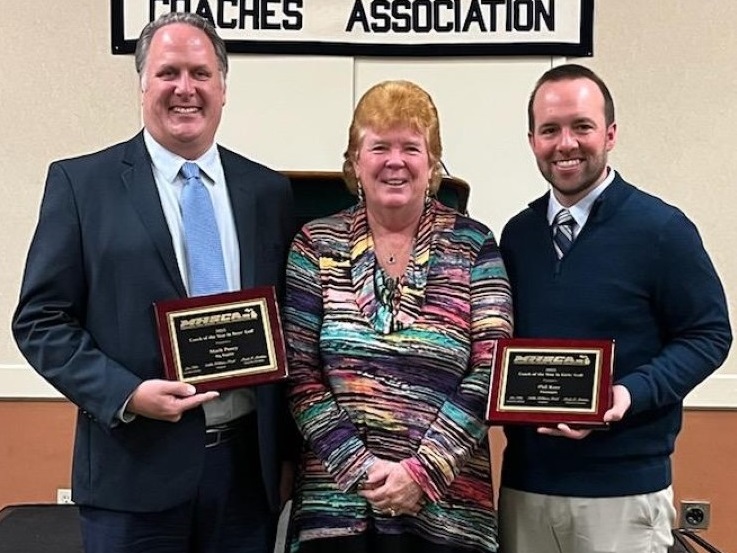 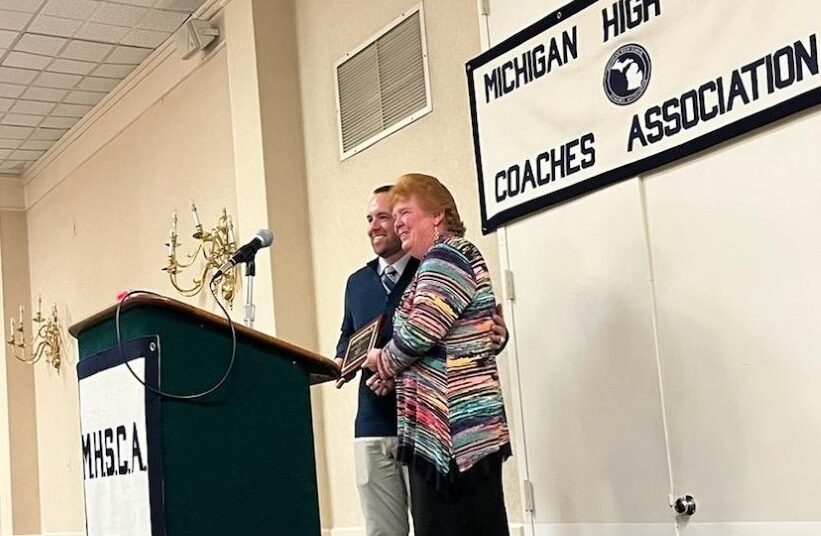 In July 2021, Phil Kerr was diagnosed with a rare form of cancer. That did not stop him from guiding Montague’s girls golf program to a second-straight Division 4 state championship that fall.

The Wildcats were unable to capture a third consecutive state championship this season, but that hasn’t stopped Kerr from winning.

On Sunday, he was announced as the state’s 2022 Girls Golf Coach of the Year by the Michigan High School Coaches Association during a banquet at Ramada Lansing Hotel & Conference Center in Lansing.

Kerr called it a “humbling and rewarding experience” to be in a room full of honorees from each Michigan high school sport and to hear their thoughts and listen to their speeches and share tears, laughs and words of wisdom.

“We all share the same passions and accomplishments and commitments and it was inspiring to hear everyone’s stories,” Kerr said. “It’s certainly a day I will never forget.”

Debbie Williams-Hoak, president of the MHSCA and Michigan Interscholastic Golf Coaches Association, presented the award to Kerr. He was awarded alongside Big Rapids’ Mark Posey, who received the Boys Golf Coach of the Year honor.

“To hear her make congratulatory remarks about what I’ve done in my short career was a tremendous honor for,” Kerr said about Williams-Hoak. “She was just honored at the Michigan football game (Saturday) for some of her accomplishments.

“She is in multiple halls of fame and is one of the GOATs and it was very emotional for me to hear her talk so highly of me.”

Kerr also holds Posey in high regard. Posey also is in the MIGCA Hall of Fame and he’s somebody whom Kerr admires greatly and enjoys competing against and coaching alongside.

But nobody is higher on Kerr’s list than his wife, Amberley. Here is the speech that Kerr delivered after he accepted the award:

I want to start by recognizing the most important person in the room, my wife Amberley, who is my biggest supporter. Being a coach’s widow is never an easy gig, so thank you for all of your sacrifices that make this possible.

I also need to recognize my assistant coach, Megan Brown, who isn’t here but who shares in this award. Last July I was diagnosed with a rare form of cancer and battled it through our 2021 season. Meg helped me keep this thing on the rails through all of my treatment and we never win that state title without her.

I also want to thank my administration, my AD and my principal, Jay Mulder and Curt Hansen, who are here today. They supported me when I was sick and allowed me to continue coaching through my treatment. Losing myself in the season helped distract me from what I was going through, so thank you so much for that opportunity. It was truly a gift that I can never repay.

Our girls golf program is only 7 years a old and we’re just a little farm town on the west side of the state. Most of you probably have no idea where Montague even is. We don’t have kids who grow up on country clubs or that have the privileges that other students around the state are afforded. It’s been a slow and steady process, but we’ve now sent 6 girls to play at the collegiate level and we’ve won 2 State Championships along the way. We built this program on 3 main principles: hard work, strong character, and integrity. And we’ll continue to do so in the years ahead.

As every coach in this room will tell you, we value the relationships we’ve formed with kids and the team accomplishments over any individual award. But this is truly an honor to be recognized by my peers and be here in a room full of such accomplished coaches.

I’m very proud of this program, the success we’ve had so far, and everything we overcame both on and off the course. And I look forward to a long career ahead. Congrats to all of the other award winners and thank you to the MHSCA for this amazing honor.