Rewatch the CatchMark SportsNet livestream of the game at the top of this story.

RAVENNA — Cramps to several members of the team came up and bit the Ravenna Bulldogs in a gut-punch, season-opening football loss to Beal City last week.

They weren’t going to be denied this time.

Ravenna bounced back in a big way with a 14-7 victory over visiting Montague in the North Grove Brewers West Michigan Conference Game of the Week Thursday night at Citizens’ Field.

In a hard-fought, sometimes chippy contest, the Bulldogs hung tough and followed the lead of senior playmaker Hunter Hogan. Last week, Hogan was among a handful of Bulldogs who cramped in the second half and missed key parts of a 22-21 last-second loss in which their team had led 21-0 at halftime.

Against Montague, Hogan set the tone all over the field. The senior led all rushers from his quarterback spot with 116 yards, including a 5-yard touchdown run, on 19 carries. As a free safety, he notched a co-team-high 6.5 tackles and an interception. Hogan was 2-for-2 on PATs and he also handled kickoffs, punts, kickoff returns and punt returns.

A 4-yard TD run by Ravenna junior Clay Schullo with 1:16 left in the third quarter proved the difference. 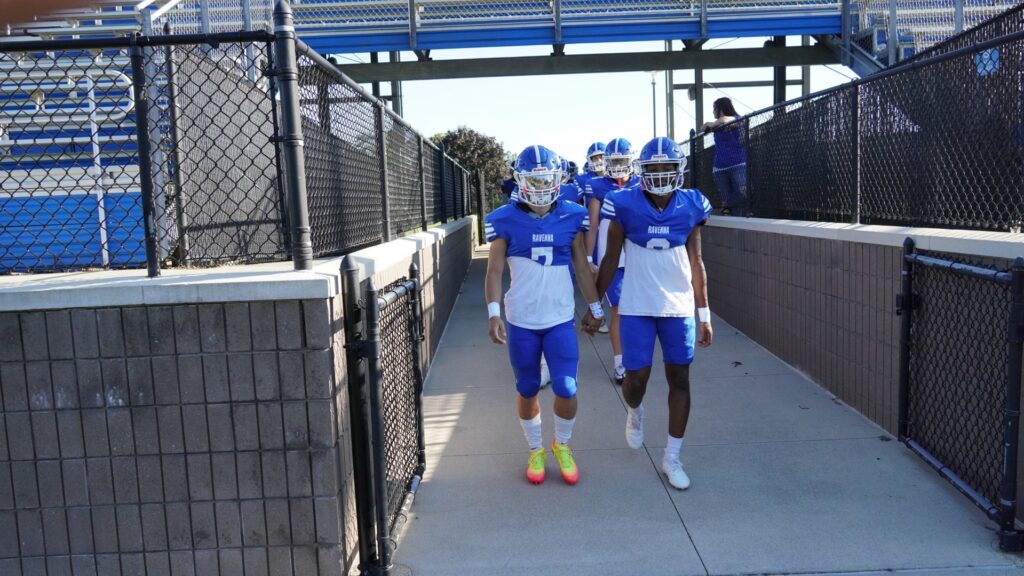 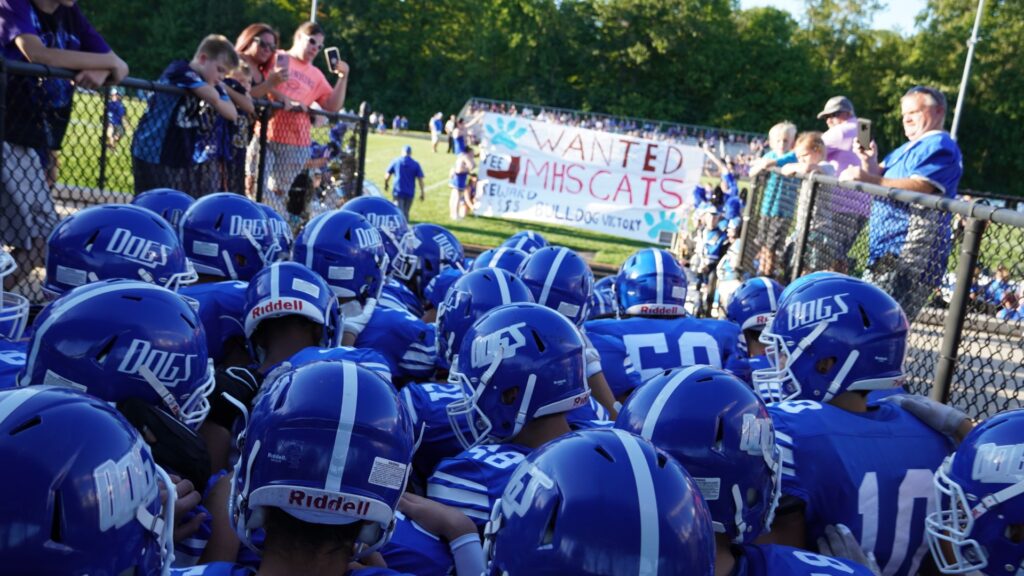 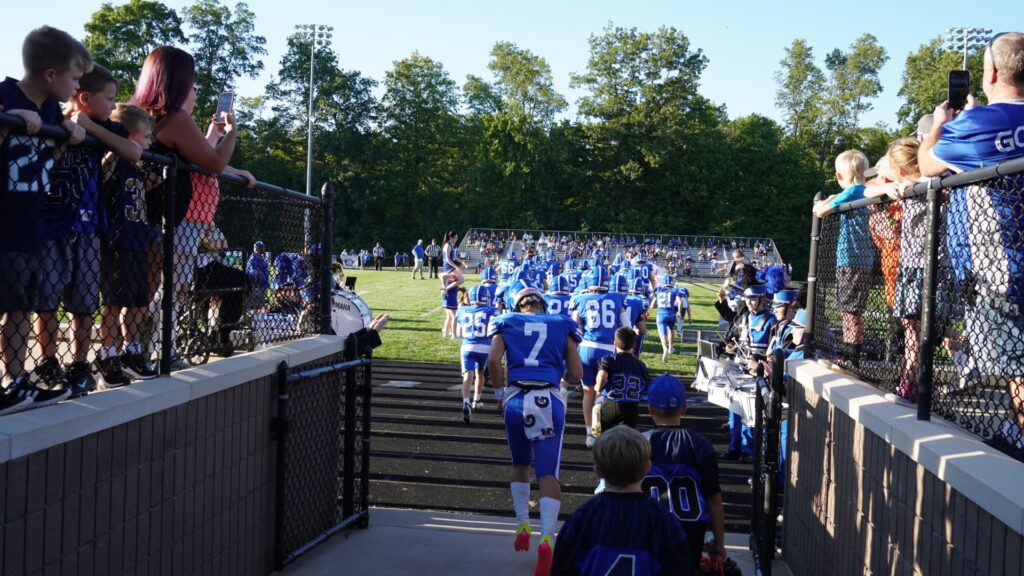 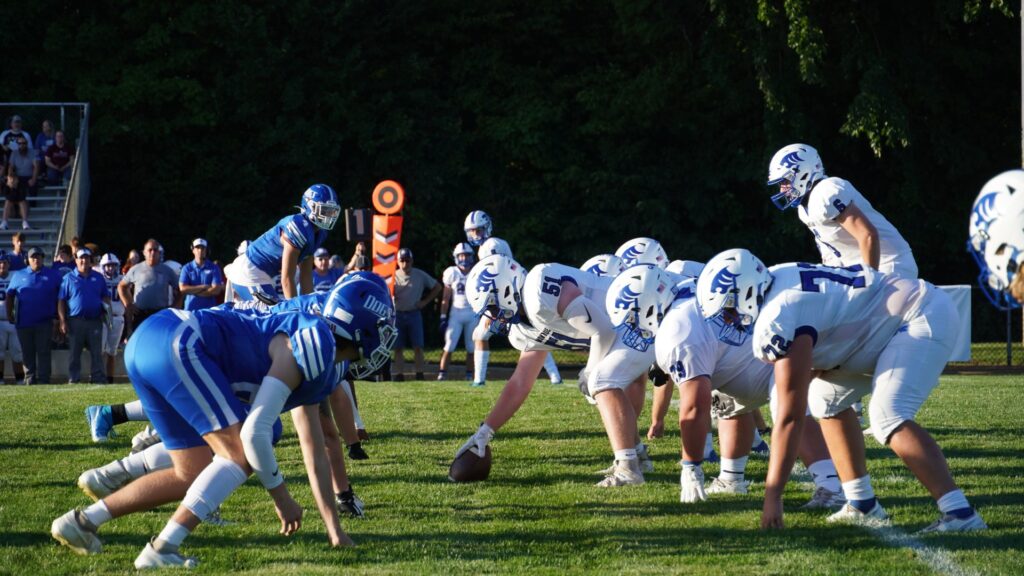 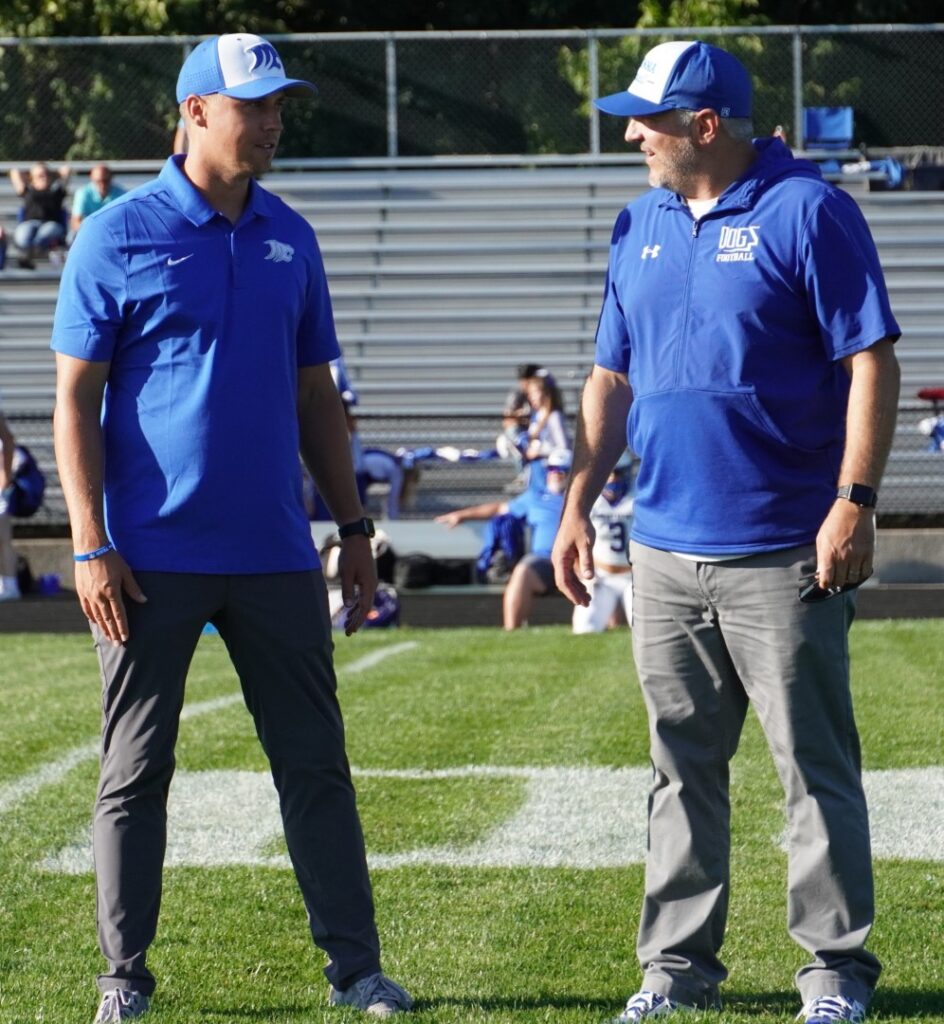 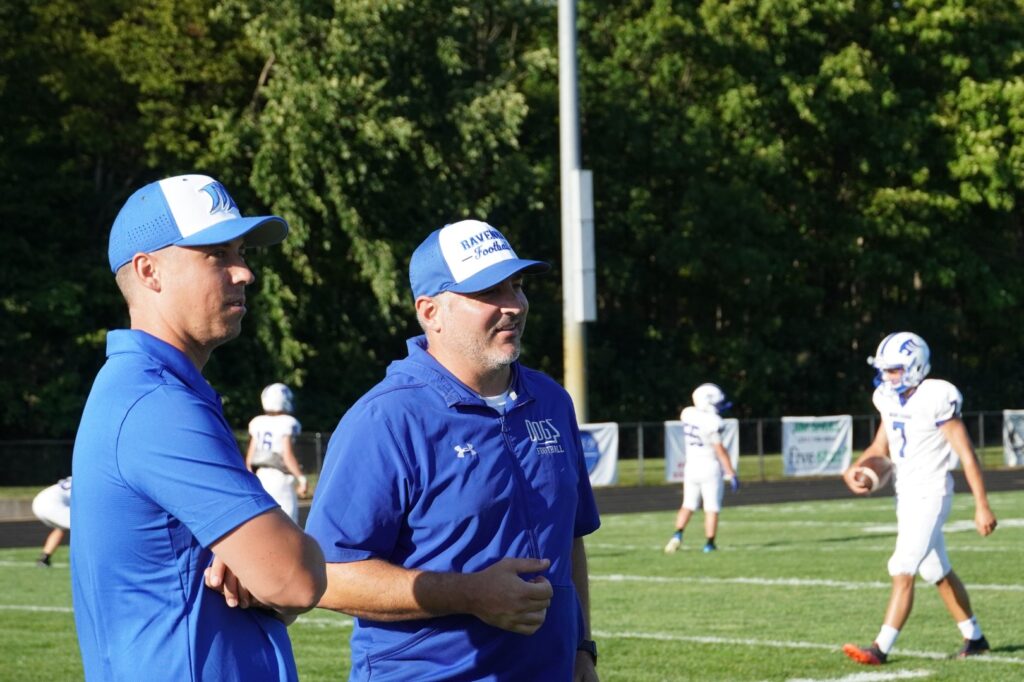 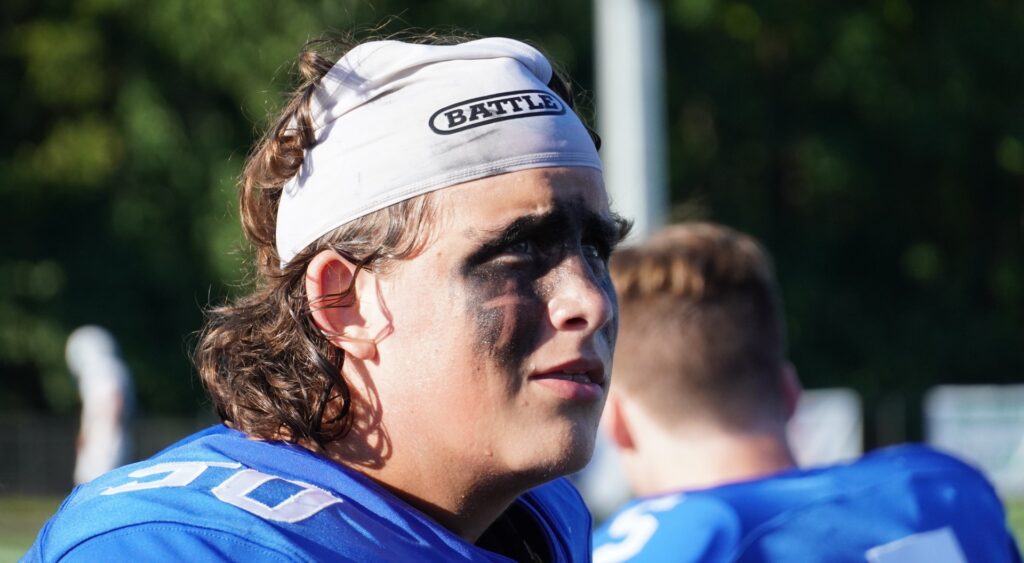 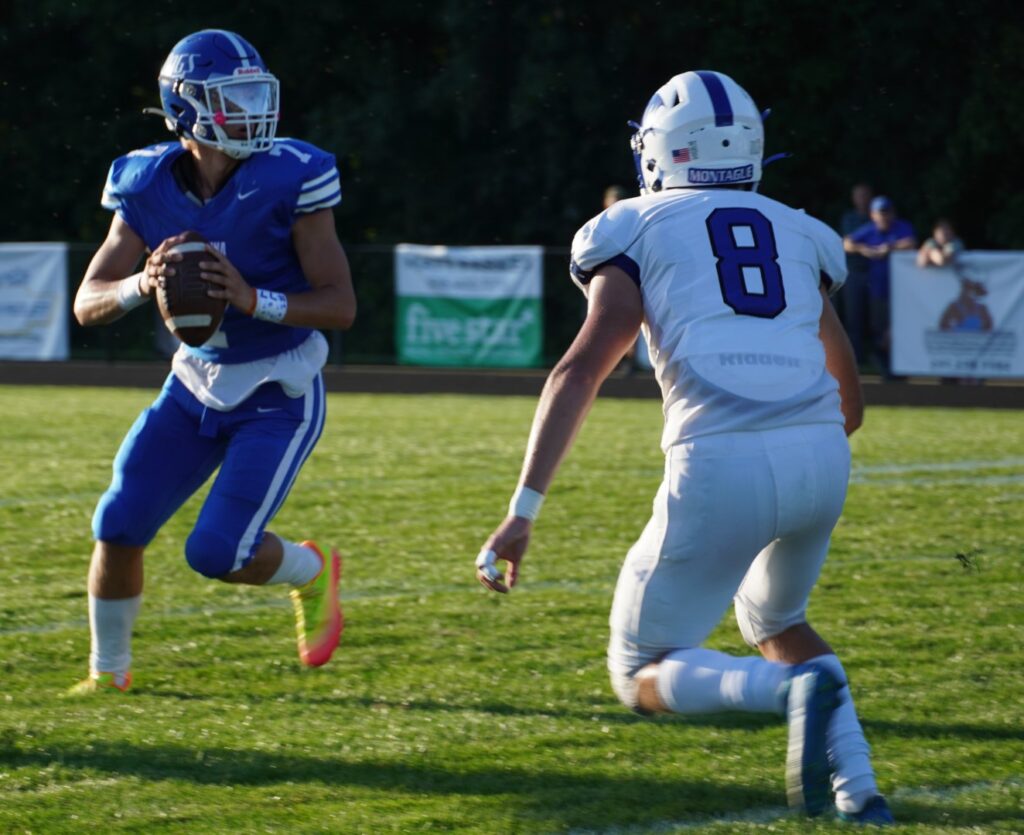 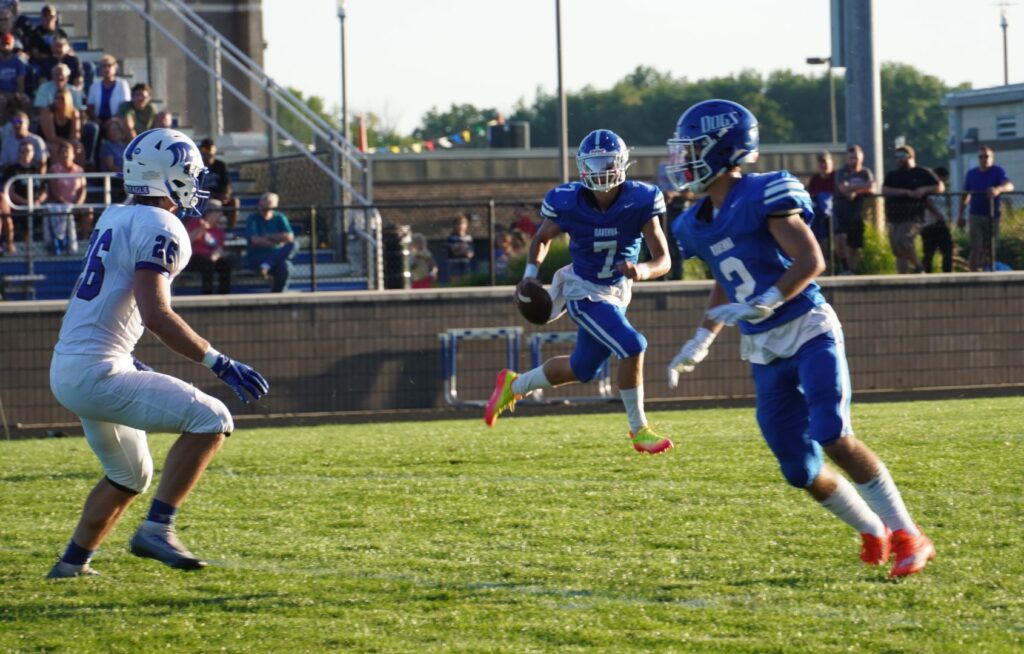 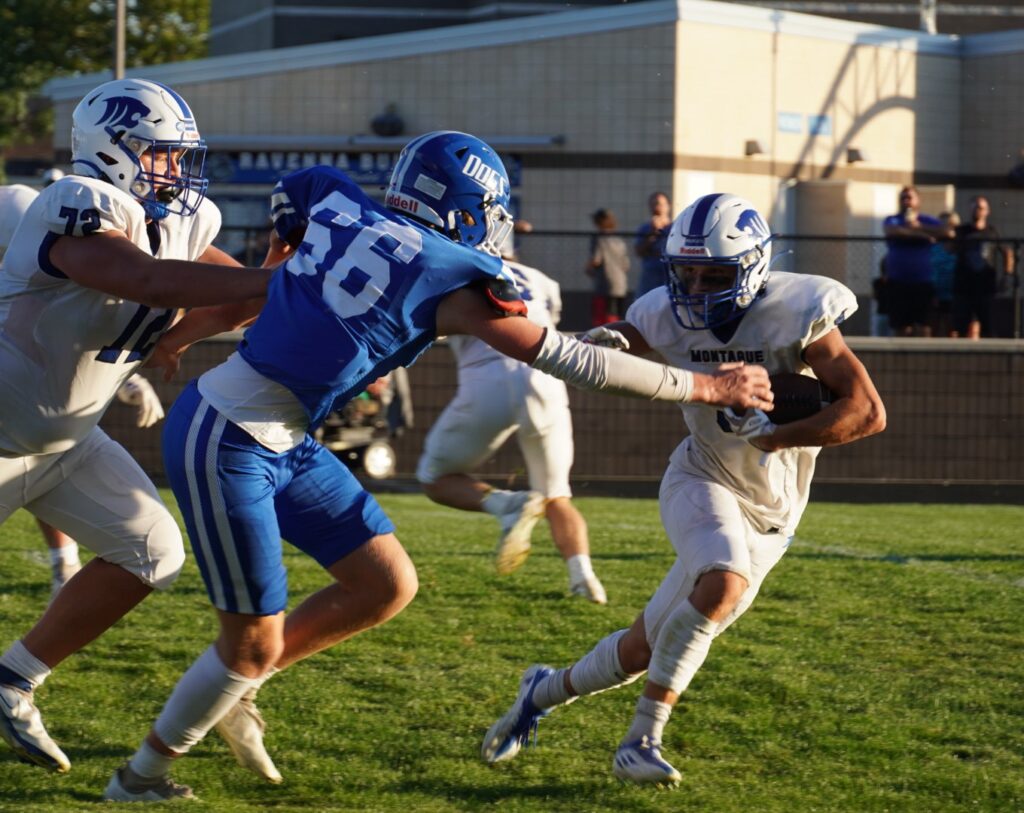 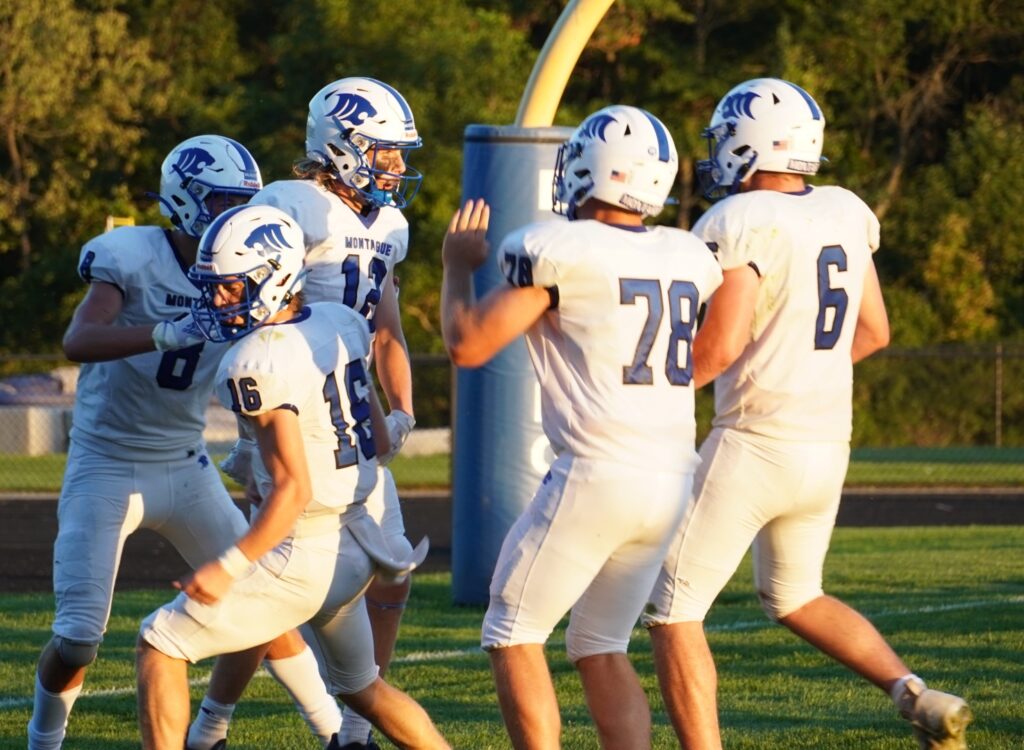 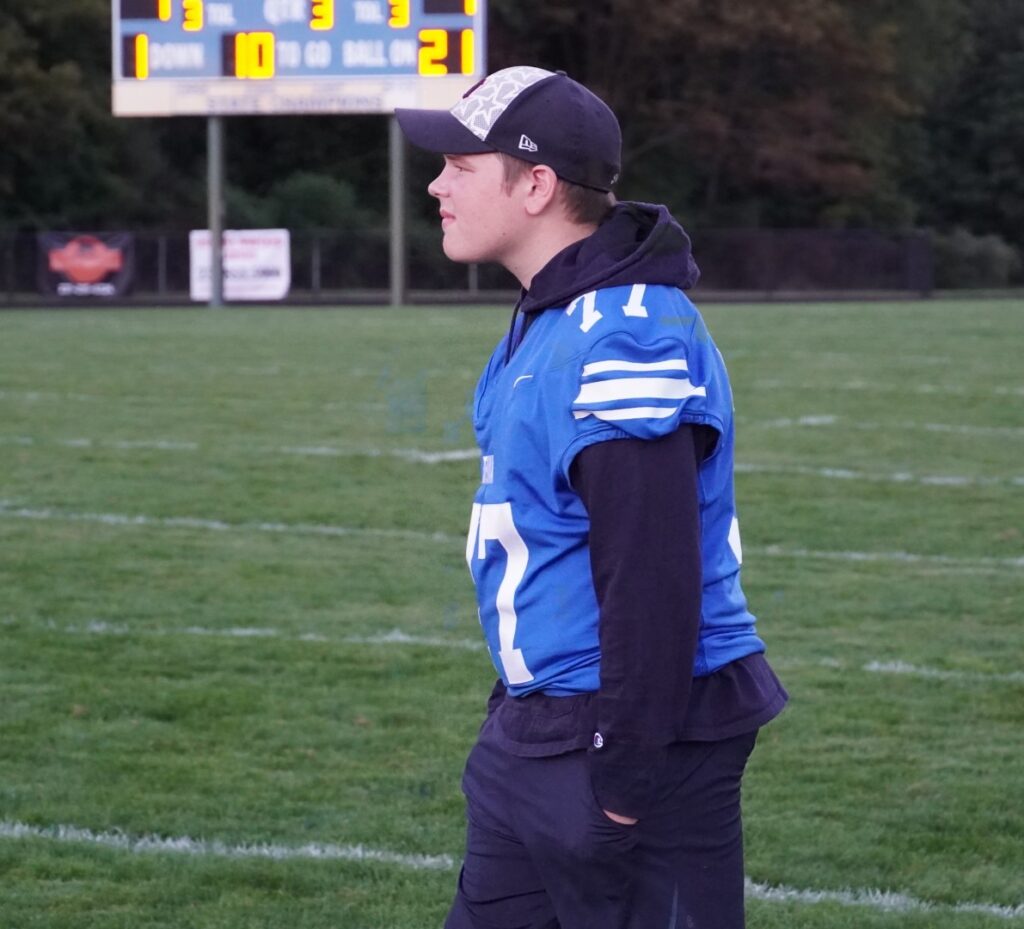 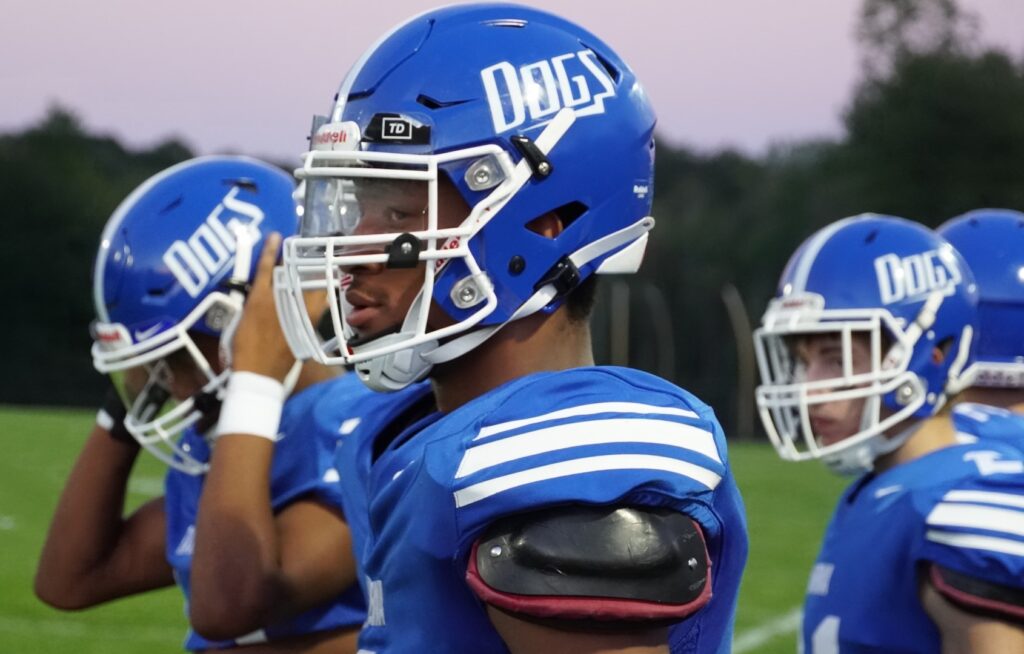 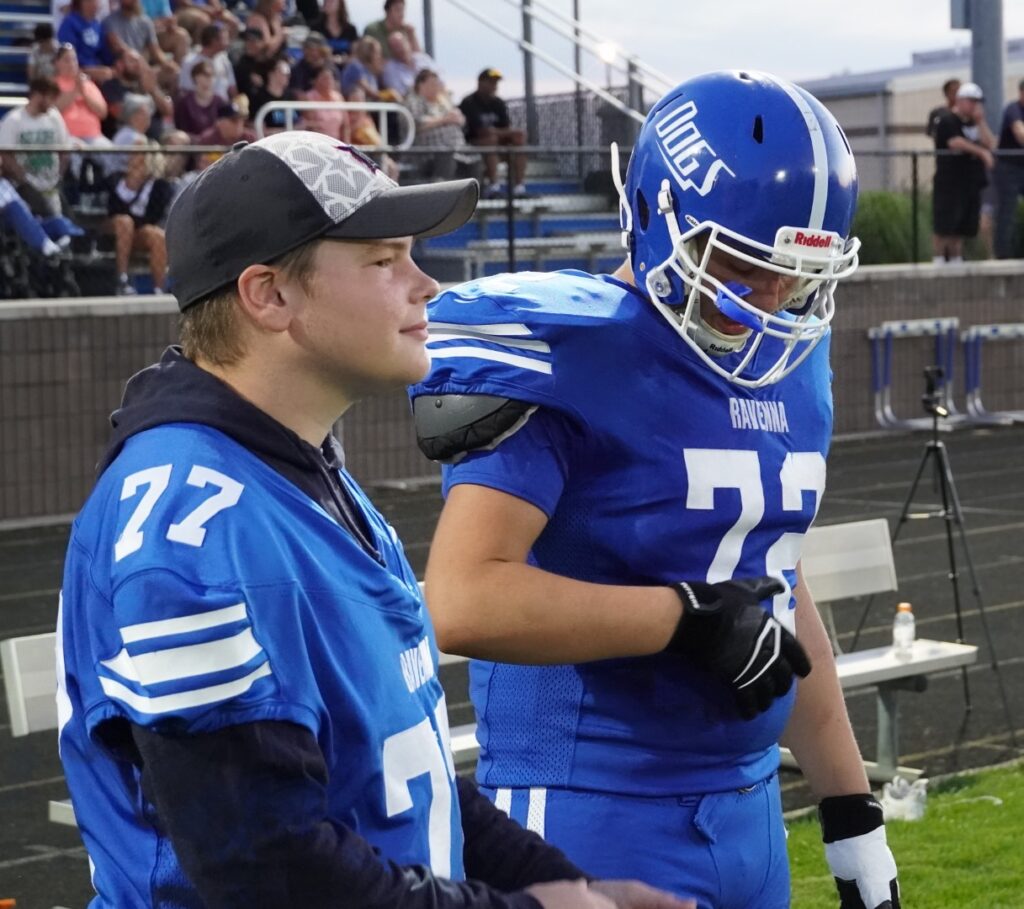 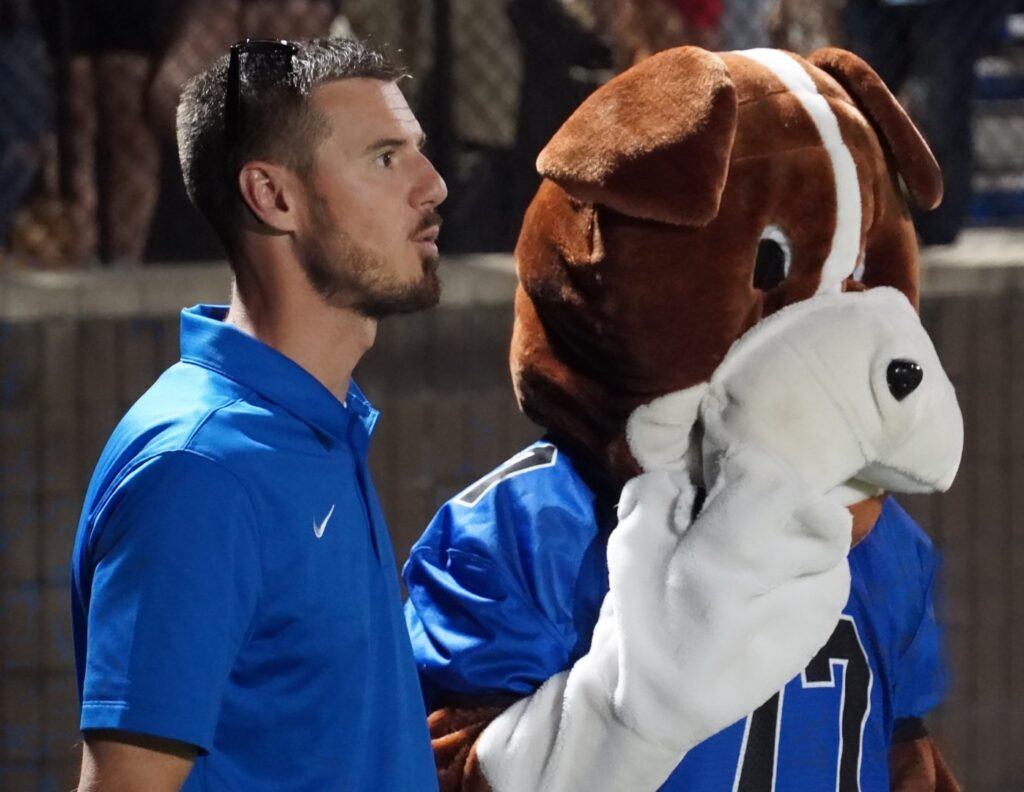 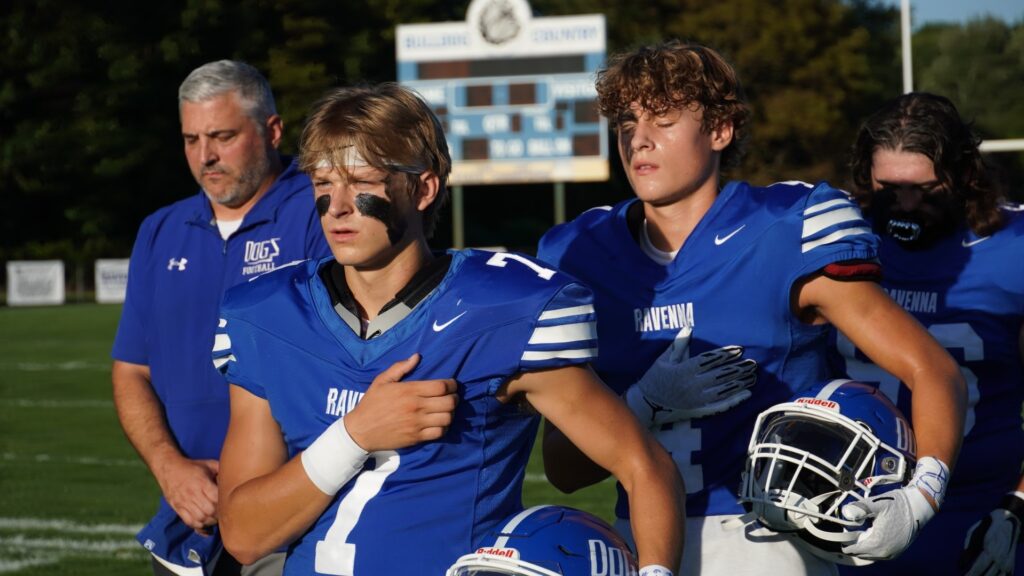 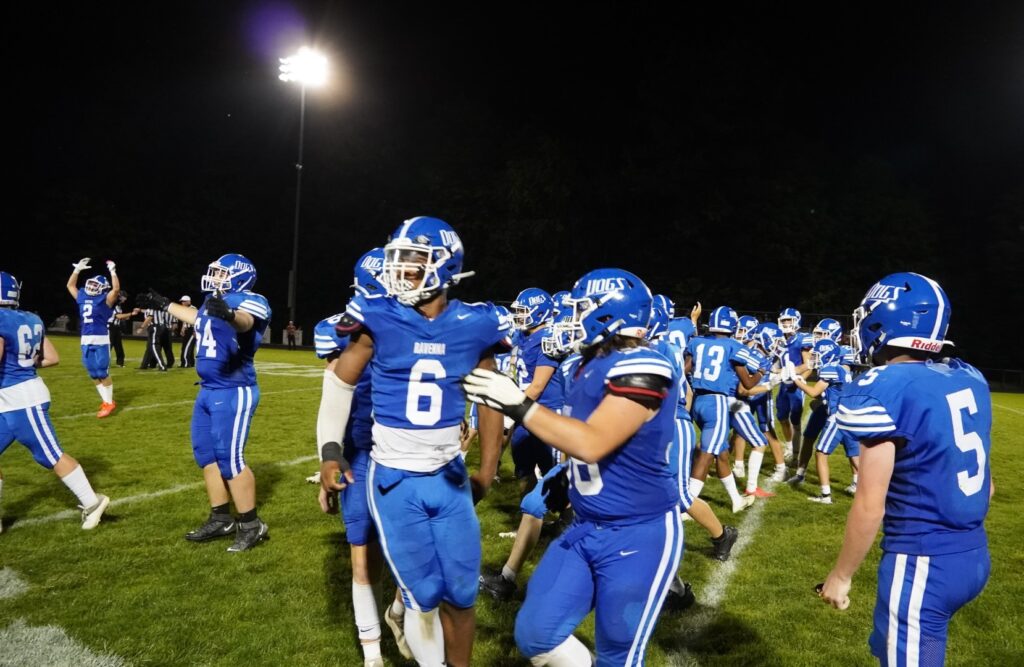