Short the storybook ending, Whitehall’s football season magical and one to remember

Editor’s note: This is a column by CatchMark SportsNet lead writer Scott DeCamp.

The Vikings were hoping for a little magic to happen and find a way to extend their storybook season past the regional final for the first time in program history.

It didn’t end the way Whitehall envisioned. The Vikings fell to perennial power Grand Rapids South Christian, 28-21, in a hard-fought battle of unbeatens — teams ranked Nos. 1 and 2 in the state for Division 4 throughout the season.

Unlike many hyped-up showdowns, this one lived up to its billing. It was a classic high school football game of intensity, featuring several twists and turns.

Late miscues proved costly for Whitehall. South Christian capitalized. The Sailors (12-0) move on to the state semifinals, while the Vikings (11-1) are left to wonder what could have been. 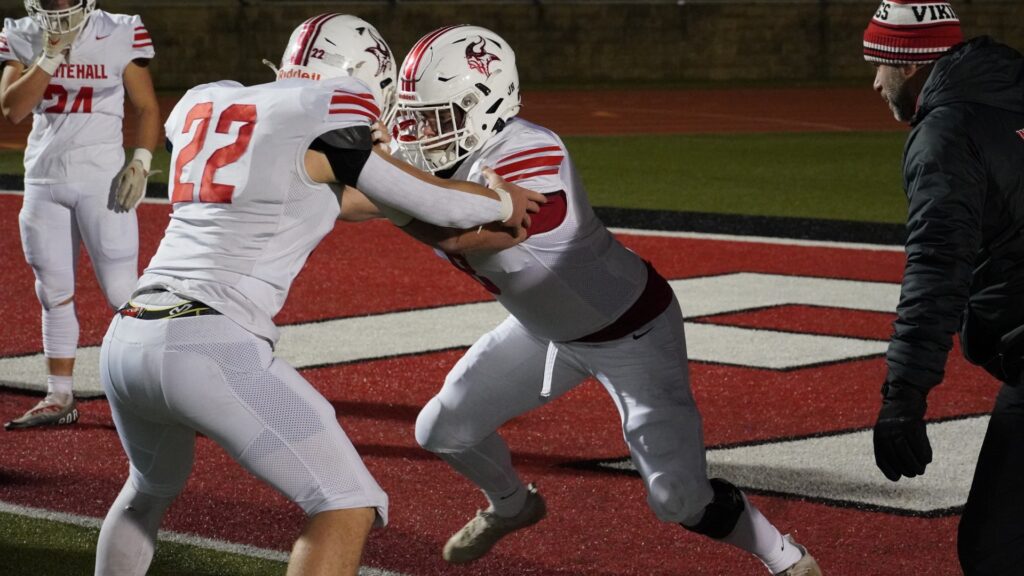 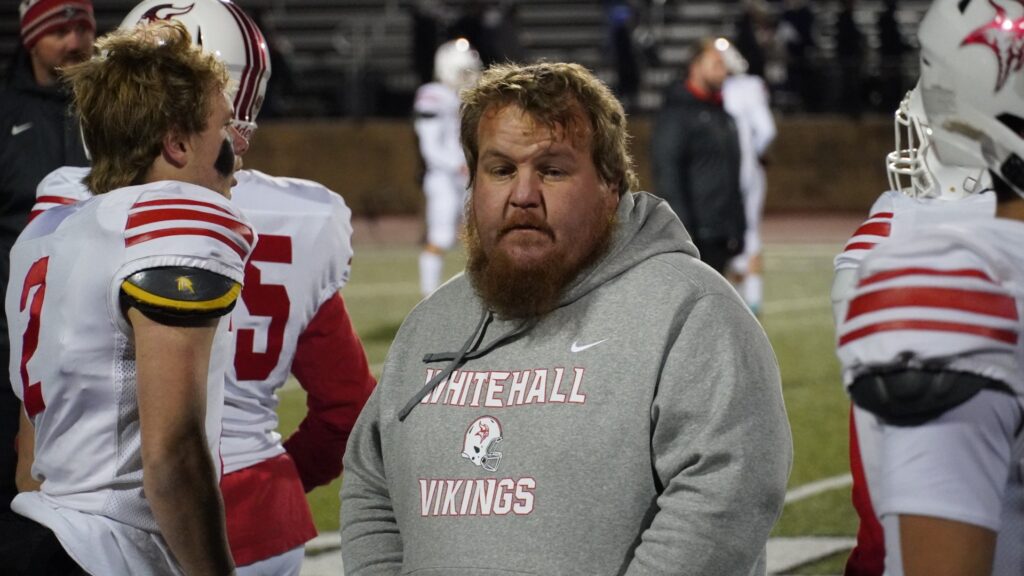 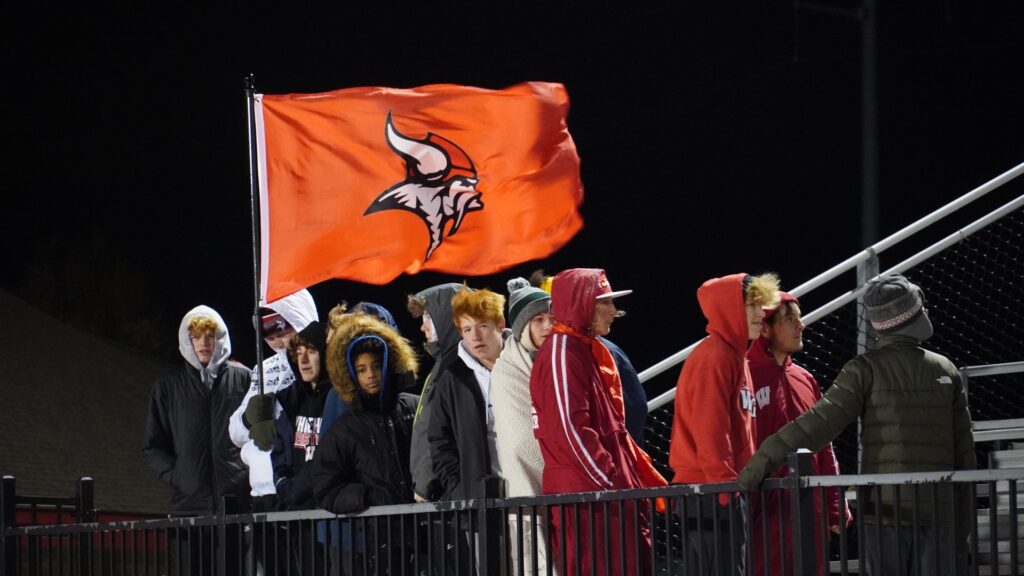 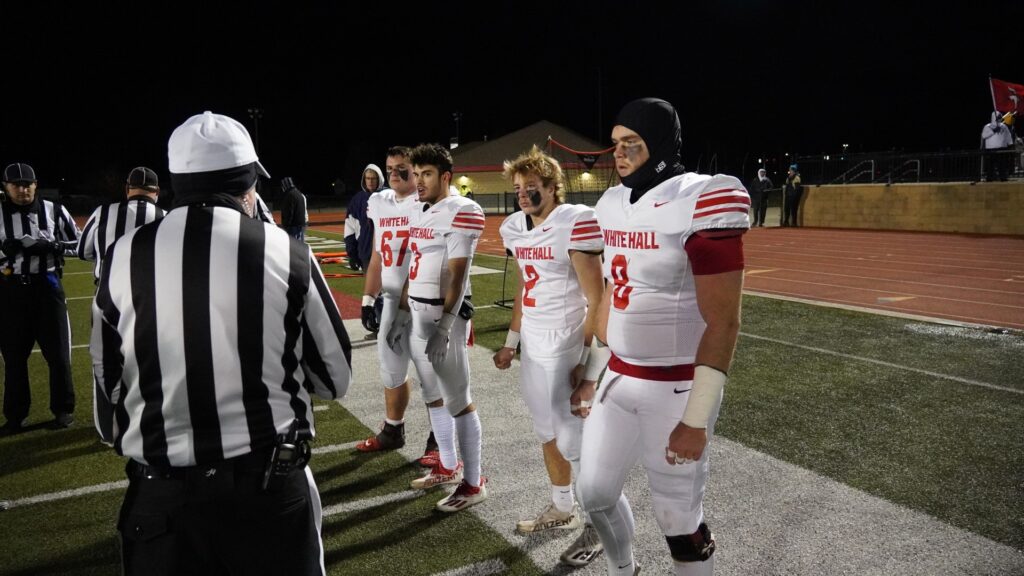 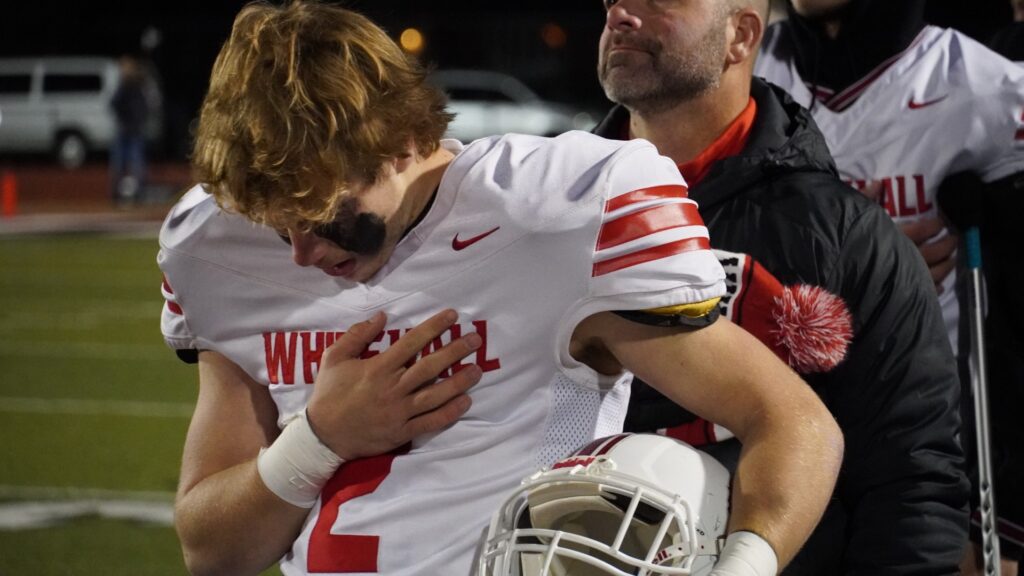 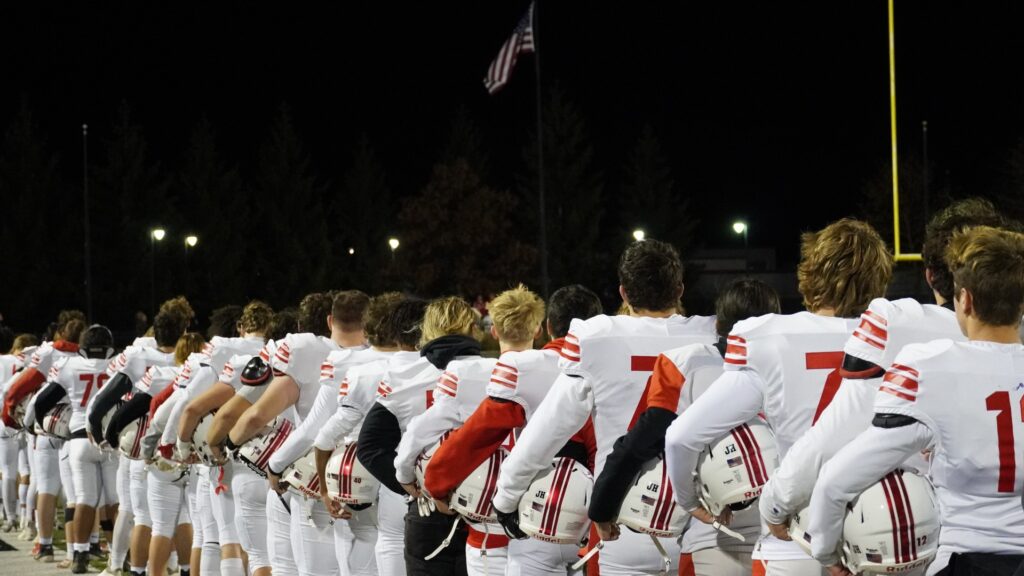 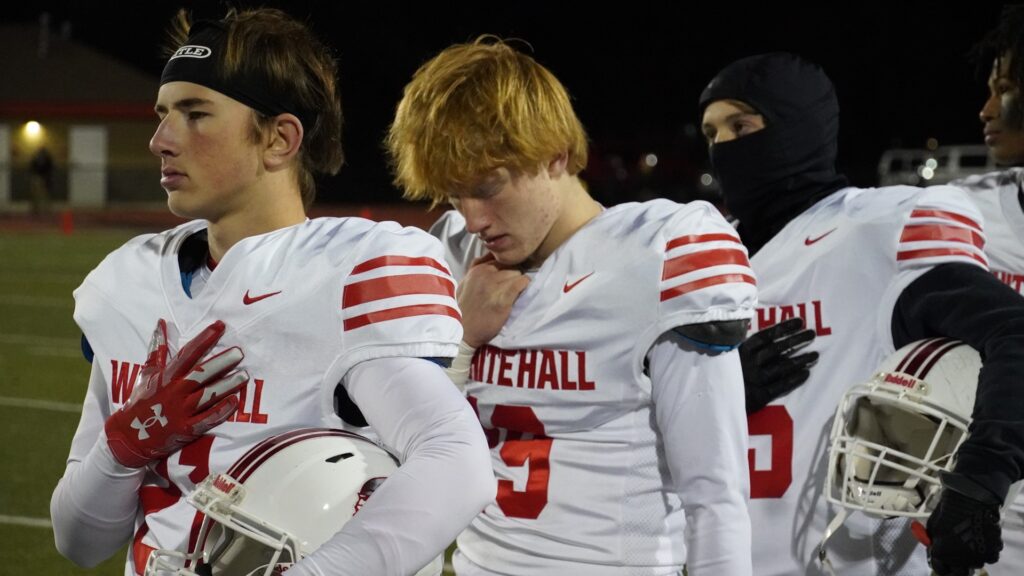 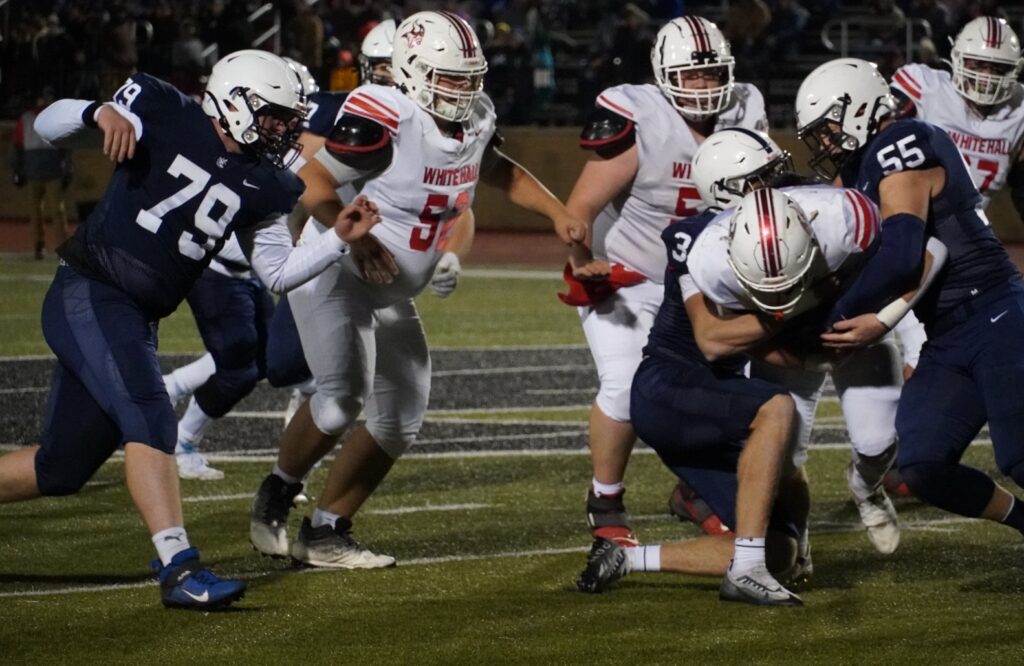 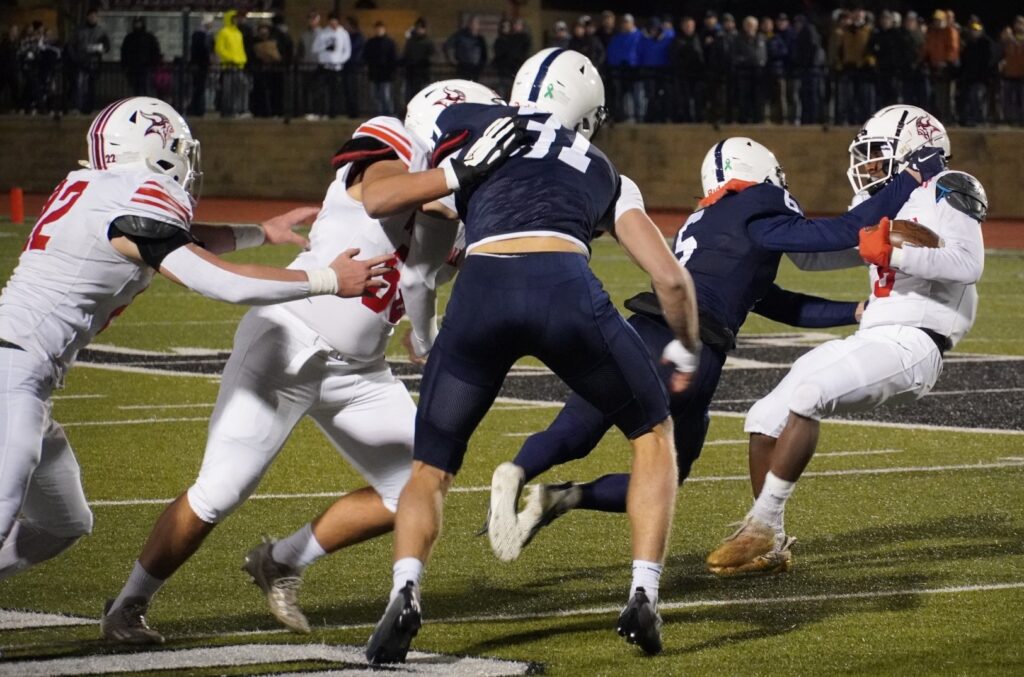 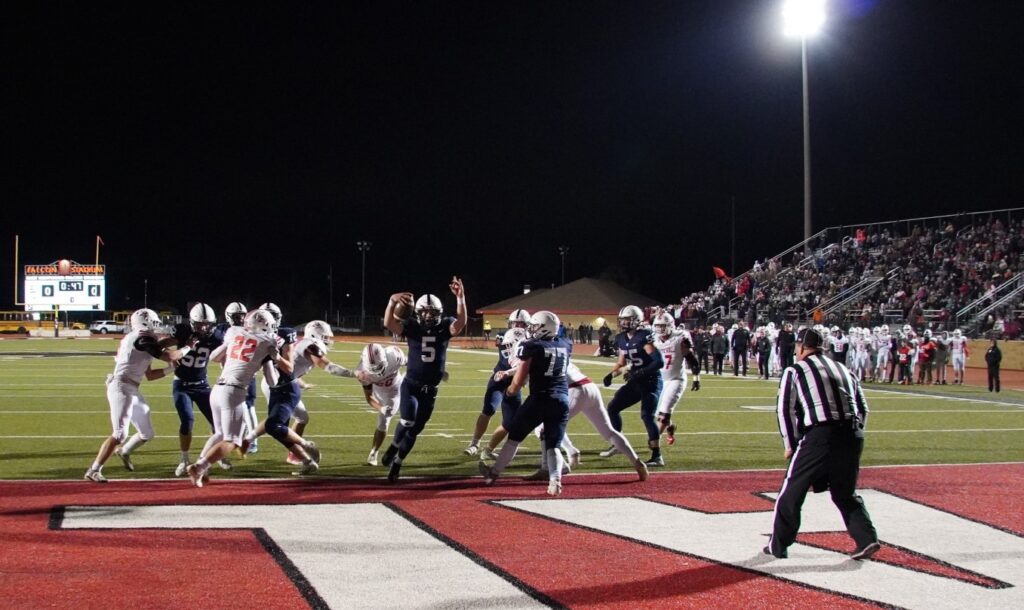 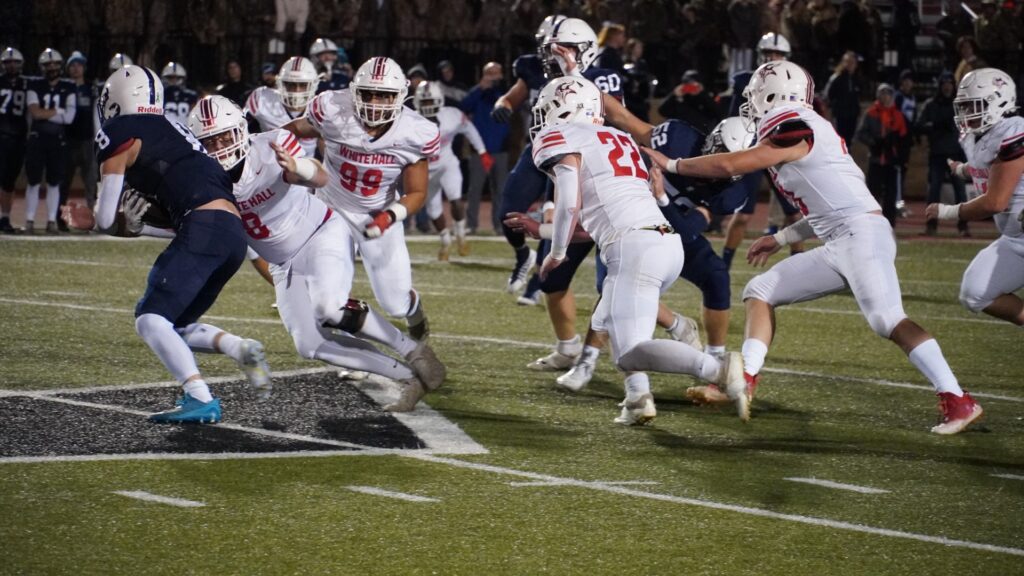 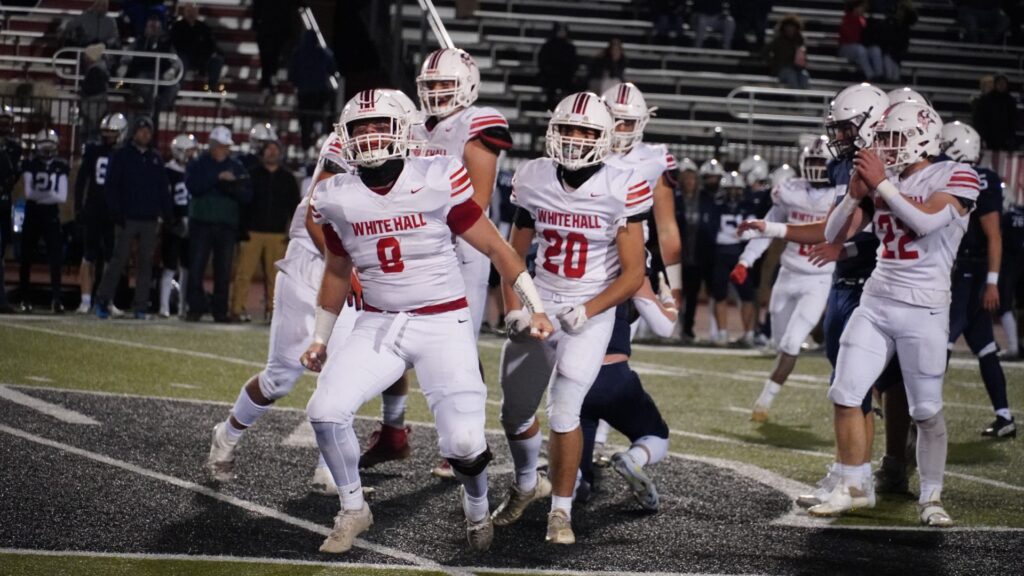 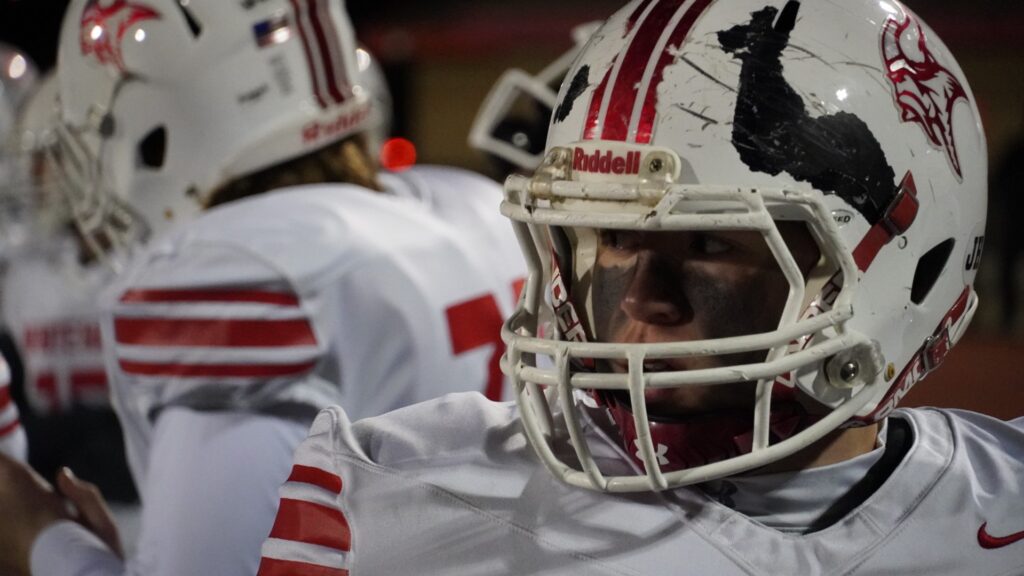 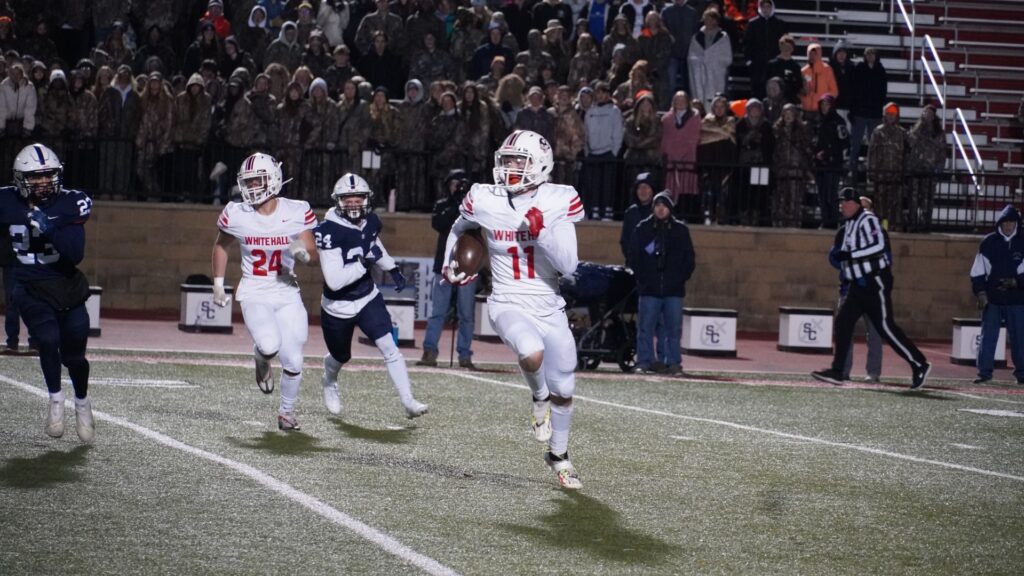 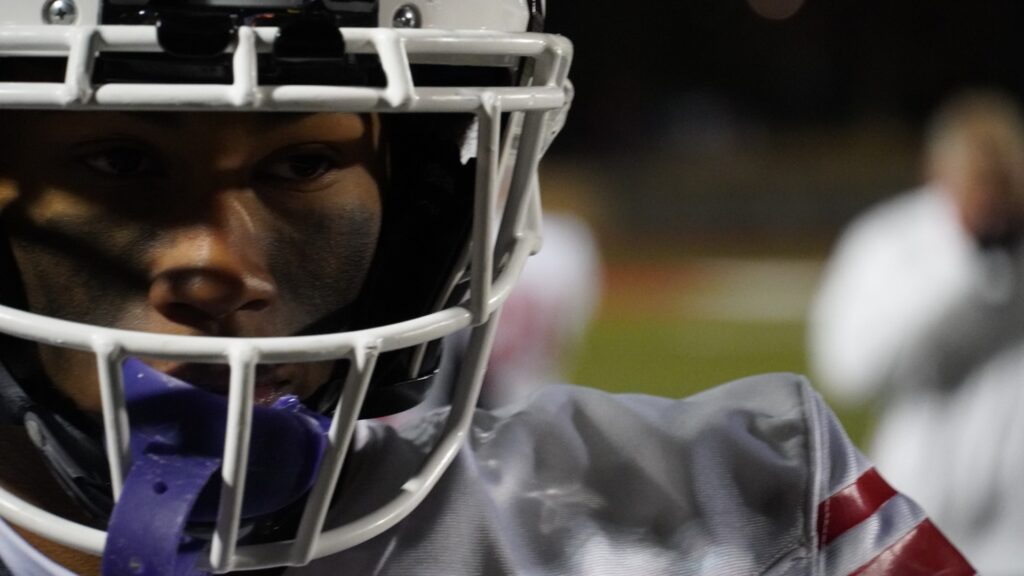 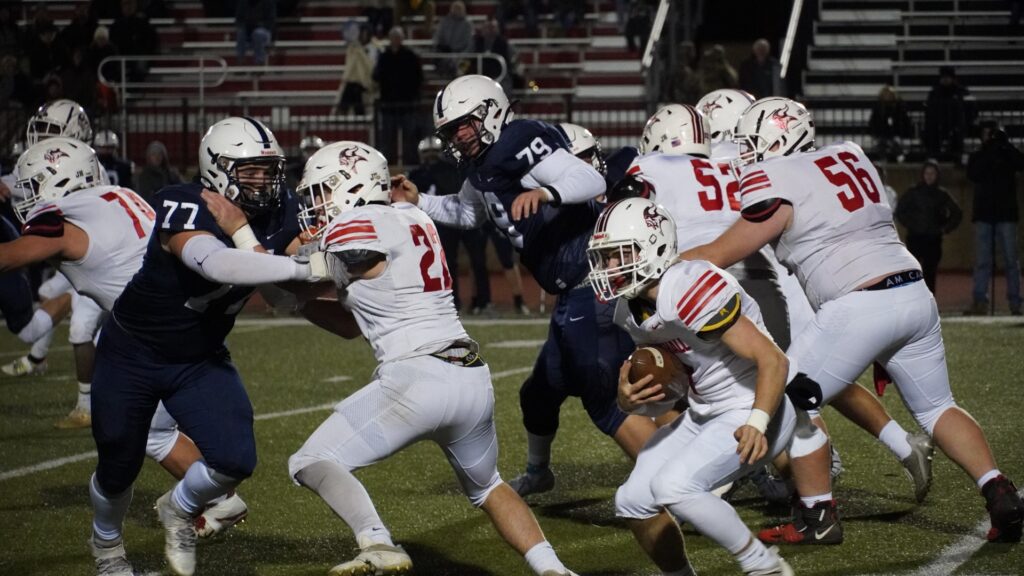 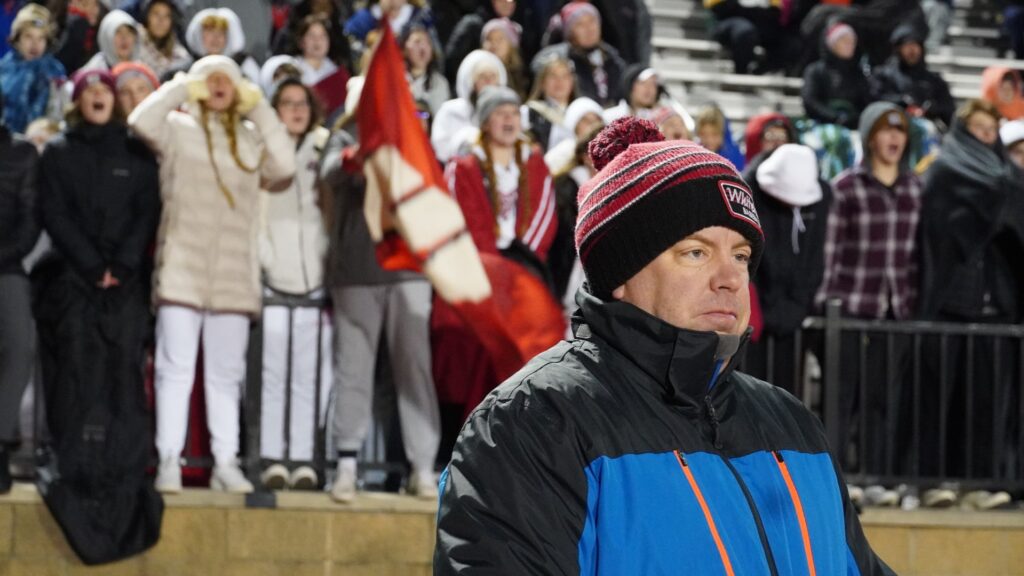 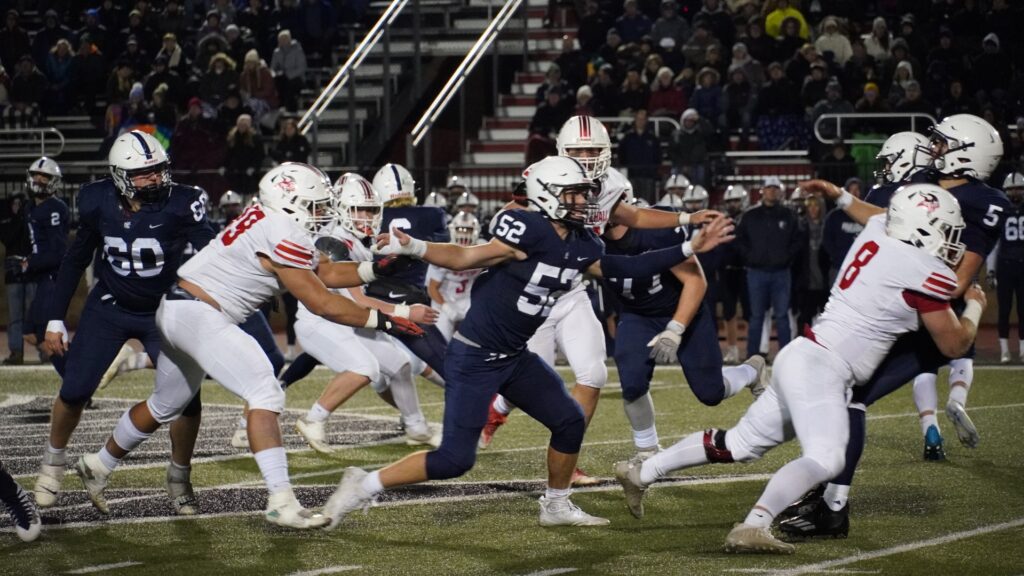 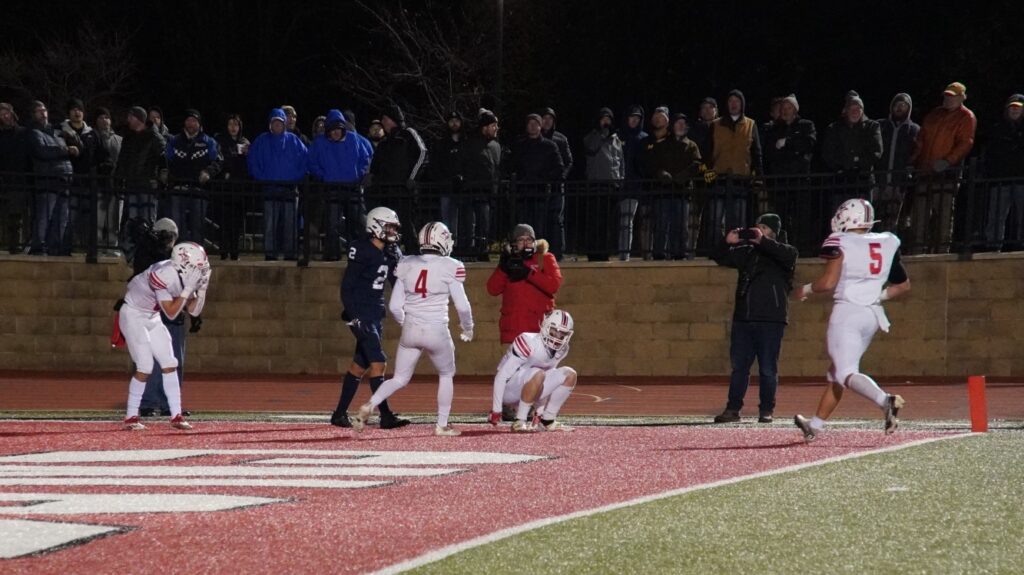 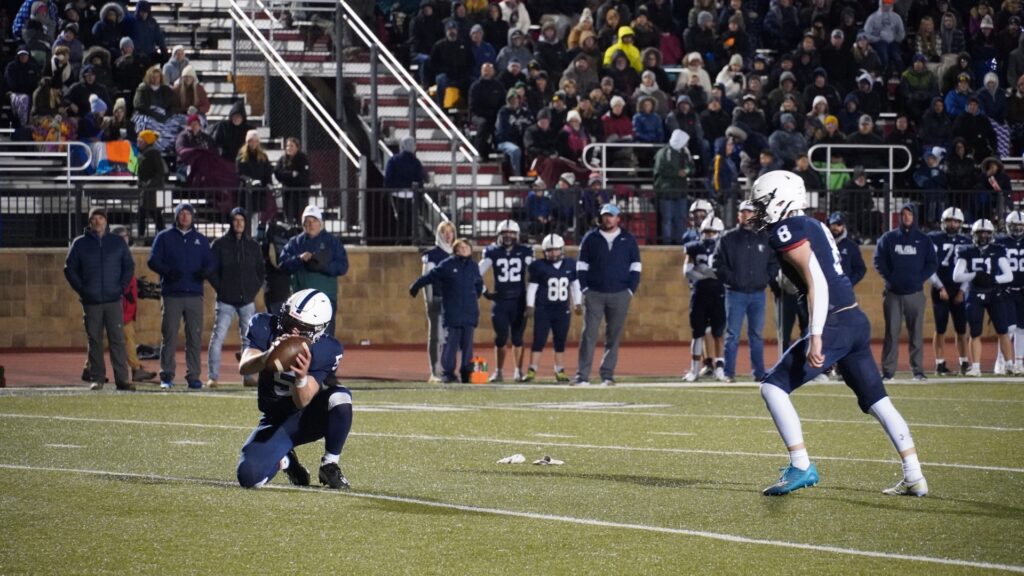 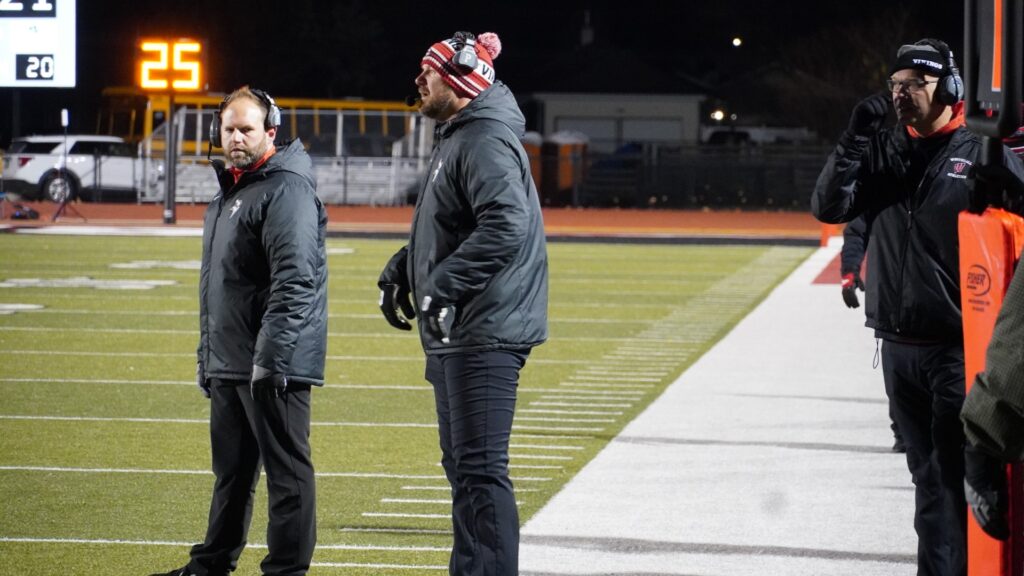 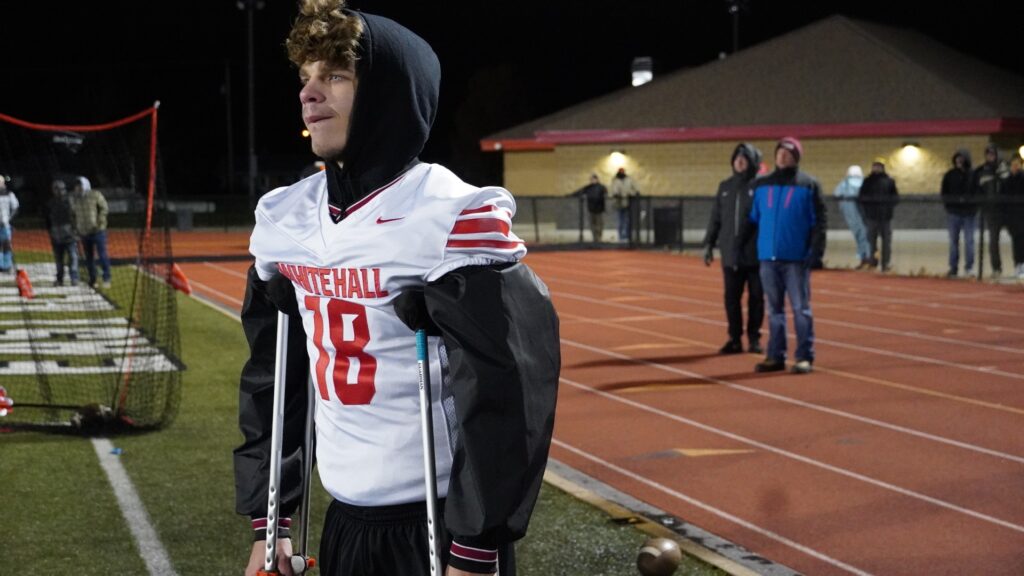 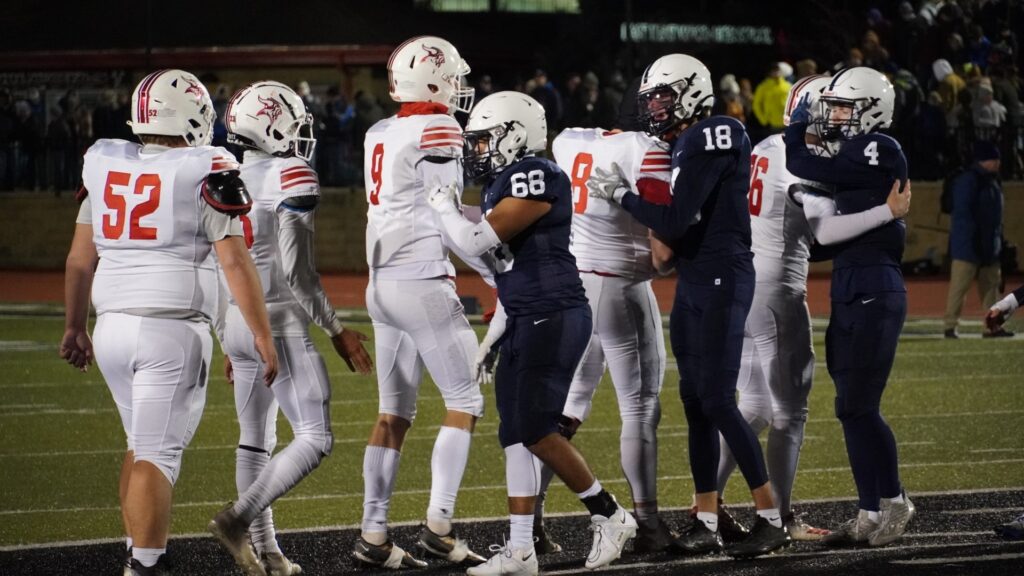 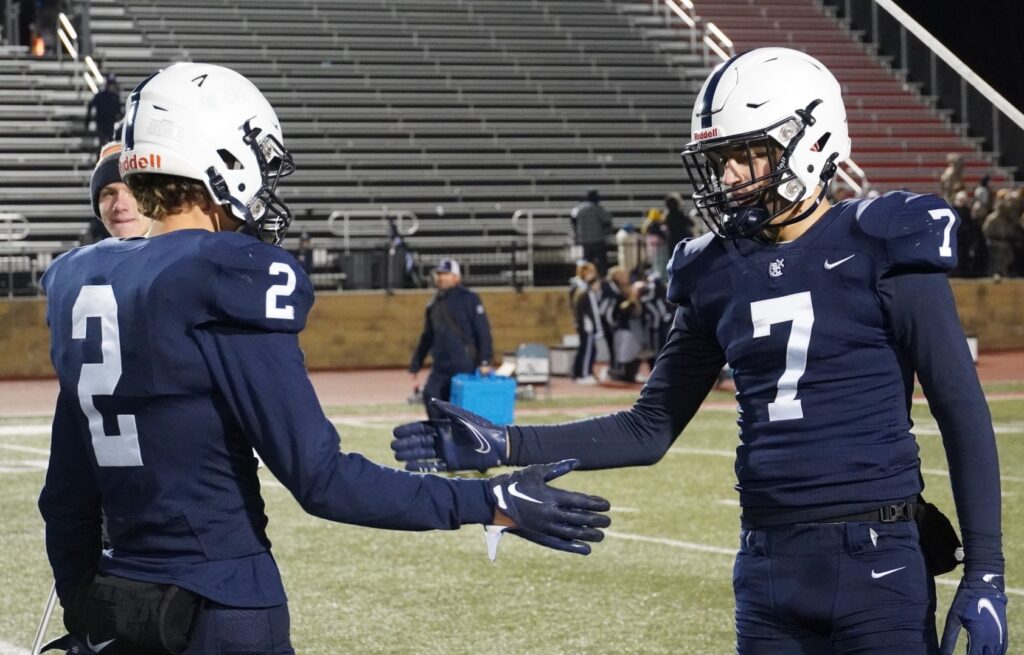 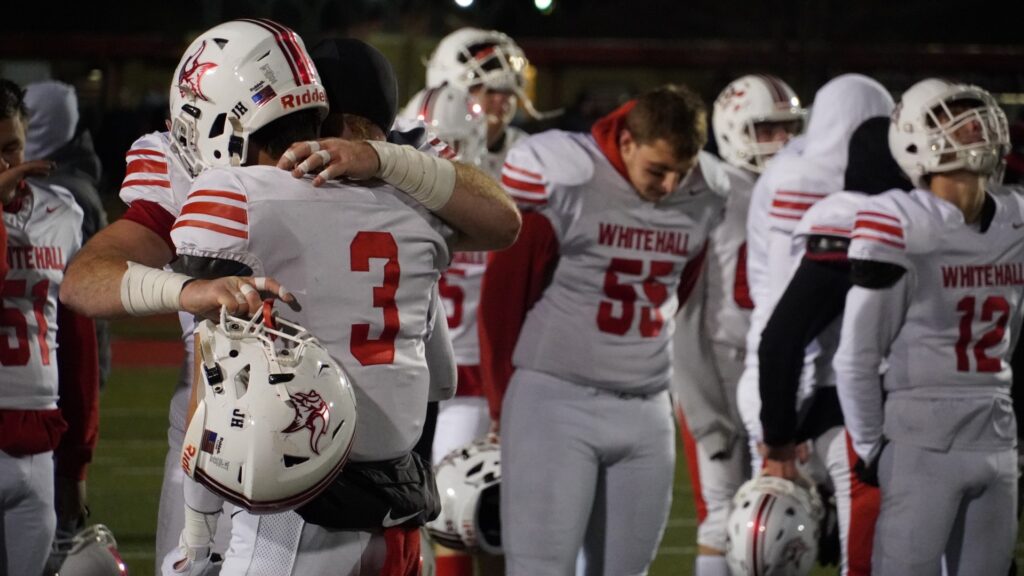 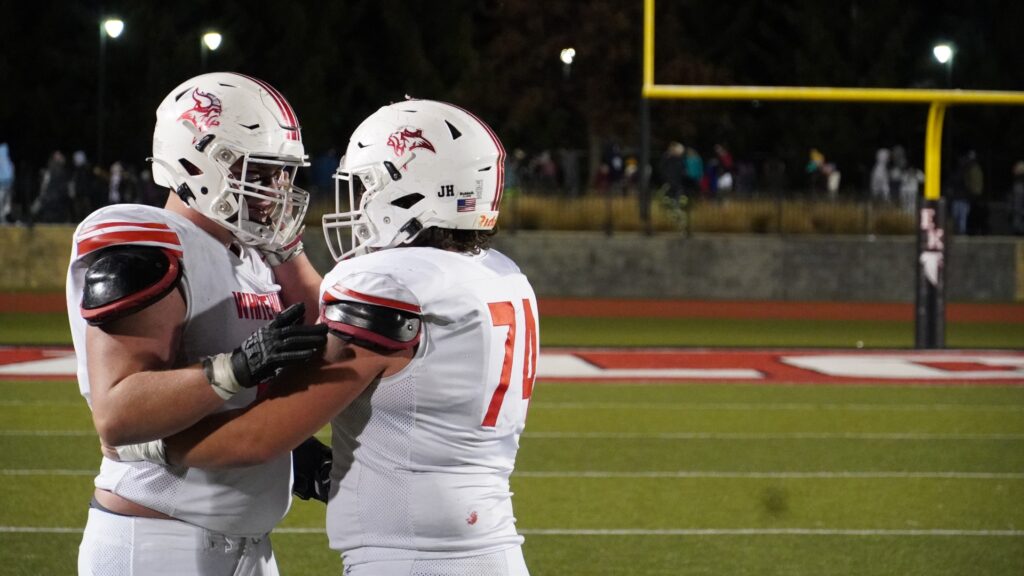 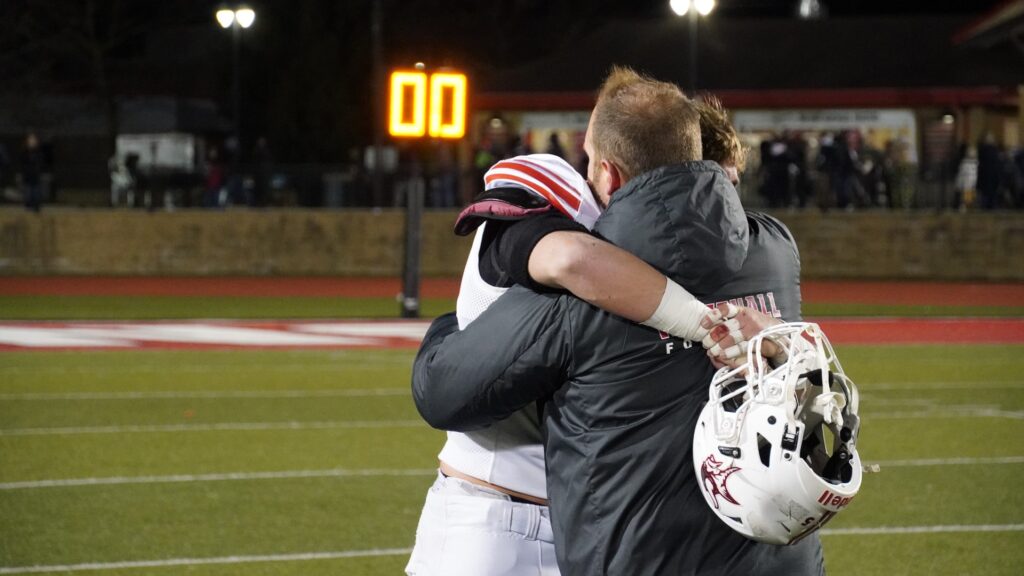 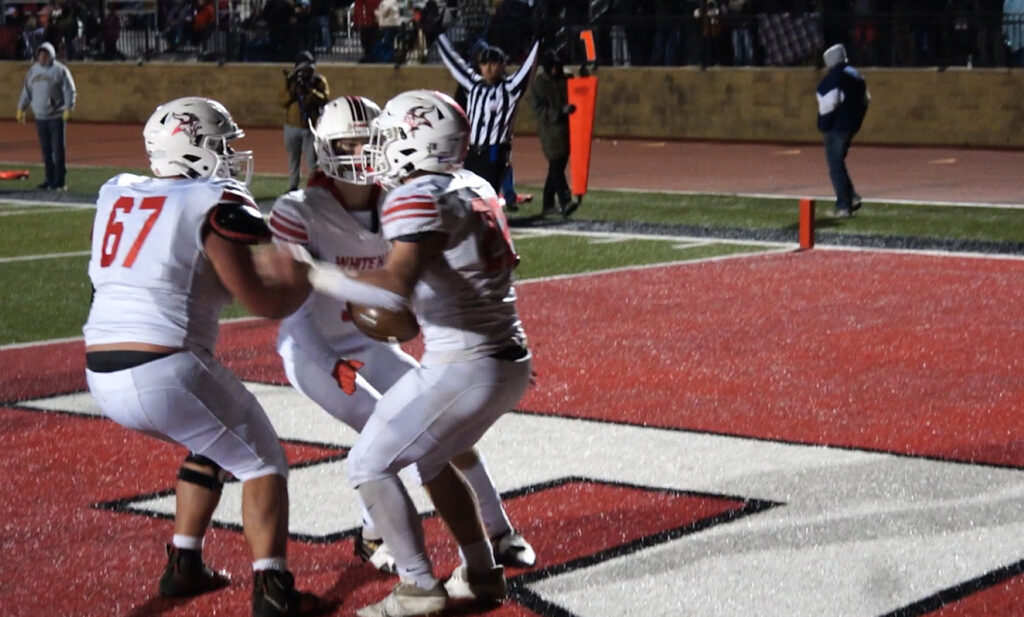 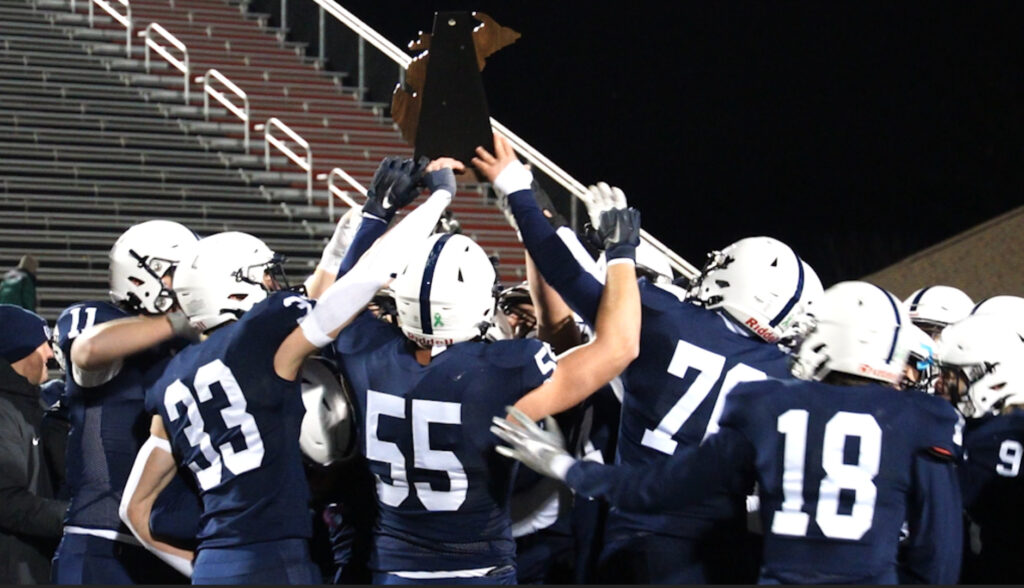 Whitehall was unable to pull off a miracle play at the end of the game. But once the sting of defeat subsides a bit, the Vikings and their supporters will realize that they had already found that aforementioned magic. It’s been right in front of them for the last 12 weeks. It’s in the young men wearing the red-and-white uniforms and those guiding them.

Whitehall’s 2022 football season was one to remember. Dare say, the best in Vikings history — the first team to win 10 or more games, plus conference and district trophies to add to the case.

This group was different than others before it. Size, strength, speed and athletes – lots of them. Swagger – an abundance.

Naysayers may be quick to proclaim after Friday’s outcome, “Same ol’ Whitehall – finding a way to fall short,” but they’ll be wrong in suggesting it. That’s not this group. These Vikings were physically and mentally tough. They just ran into a talented, well-coached and very disciplined opponent, which simply did not make as many mistakes.

Let’s not forget: The higher the level of competition, the more pressure a team faces and therefore the more likely miscues happen.

Listen to a replay of the game here:

“Our kids went ahead and played at a high level,” Whitehall coach Tony Sigmon said. “We shot ourselves in the foot at the wrong time and we have a lot of kids that are taking a lot of ownership on this and they don’t have to. They don’t have to because I’m just going to take the ownership for it.”

Said Vikings senior Nate Bolley: “It hurts. I can positively say that everybody on that field gave their hearts out. It hurts a lot, but I just hope these juniors step up (next) year and live on the legacy. It’s nice to say we changed the culture. I mean, the culture was always there. It’s just about us, our senior class, shining a light on that culture.”

Whitehall’s football program certainly has undergone a transformation in the last decade. Those same naysayers may claim that the Vikings have always had talent. They may be right to a degree.

But this year’s squad combined its plentiful physical attributes with leadership and discipline. That was instilled from the top down. This team proved ready to go toe-to-toe with the big boys in Division 4, taking down Hudsonville Unity Christian and Hastings to start the season and ending it by giving South Christian all it wanted.

Eight years ago, in Sigmon’s second season at the helm, the Vikings were run off the field by South Christian, 49-14, in a Division 4 regional final. At that time, Whitehall’s football program was not ready to hang with such an opponent.

On Friday, the Vikings essentially proved to be the Sailors’ equal. Whitehall outgained South Christian in total yards, 325-281. The Vikings outrushed the Sailors 174-133 and outpassed them 151-148.

“That’s a heck of a football team,” South Christian coach Danny Brown said about Whitehall. “I said to their coach, ‘You know, it’s sad that one of us has to lose just because both of these teams, you can tell, they love football.’ Hearts go out to them because their season is done, but they’re awesome.”

South Christian dominated time of possession, 34:03-18:28, but the game really swung in the final  seven minutes.

After Whitehall took a 21-14 lead on Bolley’s 4-yard touchdown run with 9:54 remaining, South Christian answered immediately, covering 68 yards in just six plays. One play before Jake DeHaan’s 16-yard TD pass to Seth Ritsema tied it at 21 with 6:54 left, Whitehall had a chance to pick off a pass in the end zone but could not hold on.

Had Whitehall snagged that interception, the Vikings could have put some serious pressure on the Sailors by potentially grinding down the clock. They were having success moving the ball on the ground, especially in the second half.

On Whitehall’s ensuing possession, with about four minutes left, the miscues started to mount. First, a shanked punt gave South Christian the ball at the Viking 32. Then, back-to-back encroachment penalties on the Vikings extended the Sailors’ game-winning drive.

Facing third-and-goal from the 1, DeHaan hit Nate Brinks on a scoring pass with just 54 seconds remaining. On that drive, Whitehall was forced to use all three of its timeouts to preserve some of the clock.

The Vikings were looking for a magical play in the closing seconds, but the odds were stacked against them. When the clock struck zeroes on that final play, as a series of laterals ended with a forward pass landing near the South Christian sideline, the Sailors celebrated and Vikings players crumpled to the turf.

Thus ended a fascinating chapter in the football lives of these Whitehall players and coaches.

It’s never easy to see something special end, especially so abruptly. After shedding many tears and sharing plenty of hugs with teammates, coaches, family and friends, the Vikings composed themselves once again.

“It’s all got to end some day. We’re all going to move past this stage in our life, but now it stings just because these are my brothers. I’ve been playing with them since first grade,” Whitehall senior Graycen Shepherd said. “We all knew, you only get guaranteed, what, 13-14 games if you win it all. We knew it was going to end; we just didn’t intend for it to end like this – we weren’t really ready for it.

“I’m just grateful for being able to be here, wear that Viking on my helmet, wear that Whitehall on my chest – I’ll never forget that for the rest of my life.”

Some pundits declared Friday’s Whitehall-South Christian game as the de facto state championship. Only time will tell how it will really play out, but Sigmon believed his team belonged in the discussion.

Through much effort and sacrifice this season, the Vikings validated themselves as a true contender. They didn’t get to Ford Field as they dreamed, but as Sigmon noted earlier in the week, it’s not about the destination but the journey.

What a ride it’s been.

“These kids mean the world to me,” Sigmon said. “You know, they’re like family. They’re my extended sons and sometimes you’ve just got to let the emotions kind of run through and then from there you just remind them how much you care about them and how much you love them and that’s exactly what we’ll do.”