Shelby sophomore stays grounded despite her talent and elite-level experience.

The 6-foot-1 sophomore (6-foot-2 in shoes, she notes) is a dominating outside hitter for Shelby’s volleyball team. Gauthier was a Michigan Interscholastic Volleyball Coaches Association Division 3 first-team all-stater as a freshman, as well as the West Michigan Conference Player of the Year.

Gauthier is already attracting the attention of several prominent college programs – powerhouses from the stacked Big Ten Conference – as a national-level prospect.

She carries herself with a maturity way beyond her years. She listens well, internalizes and shows empathy. She is selfless and very goal-driven.

“She just works – always working, always grinding, loves the grind,” said Becky Gauthier, Navea’s mother, who is an assistant coach for Shelby’s volleyball squad and a guidance counselor at the high school. “I don’t have to pack her bags for her. She cooks dinner.

By all accounts, Navea Gauthier is the real deal on and off the court. Shelby head coach Tom Weirich said her trajectory is that of a big-time recruit, although she never big-times anybody.

According to Weirich, Gauthier has a different ceiling than most. She’s more driven than anybody he’s seen and she possesses a mindset that nobody or nothing is going to get in the way of her goals, which are to play volleyball professionally and potentially represent her country in the sport. 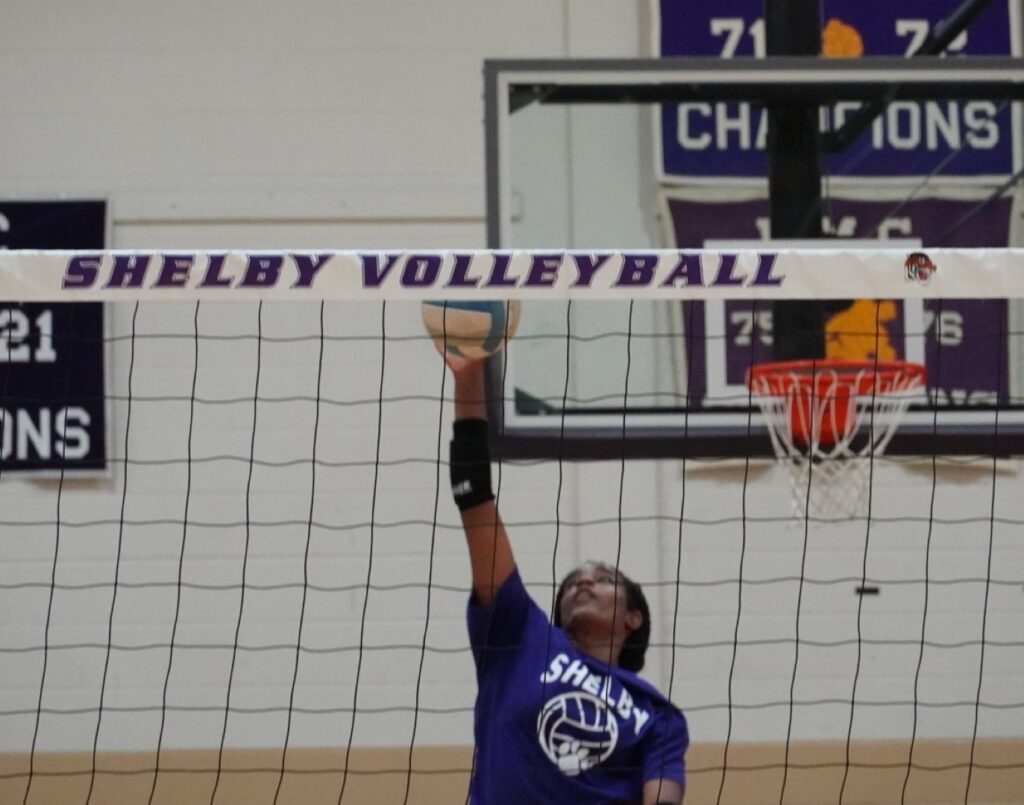 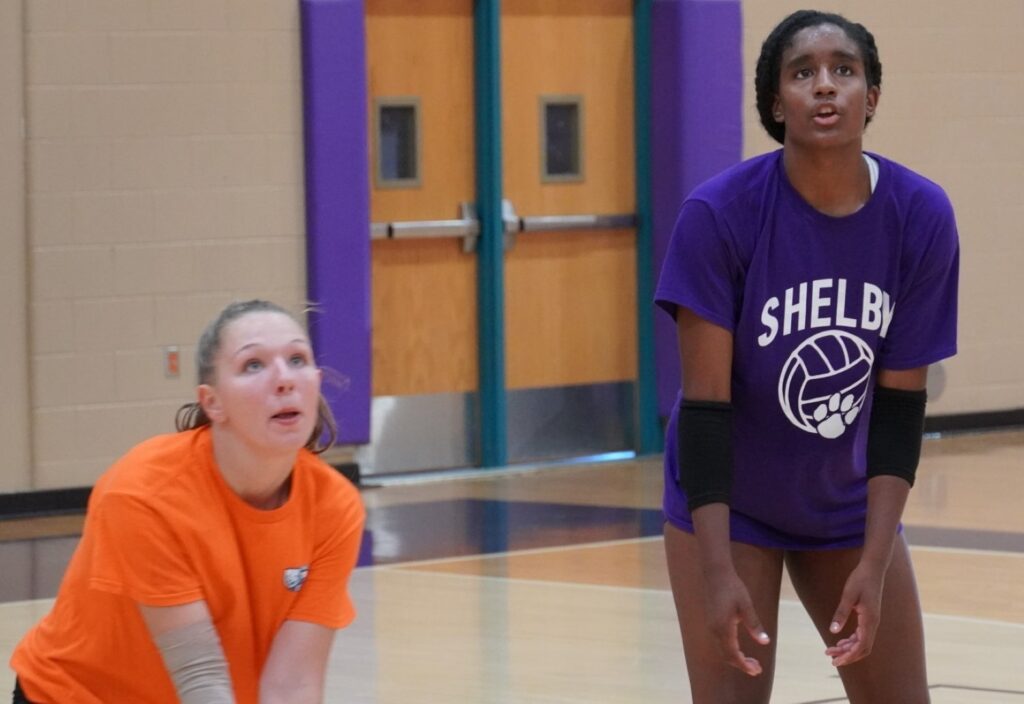 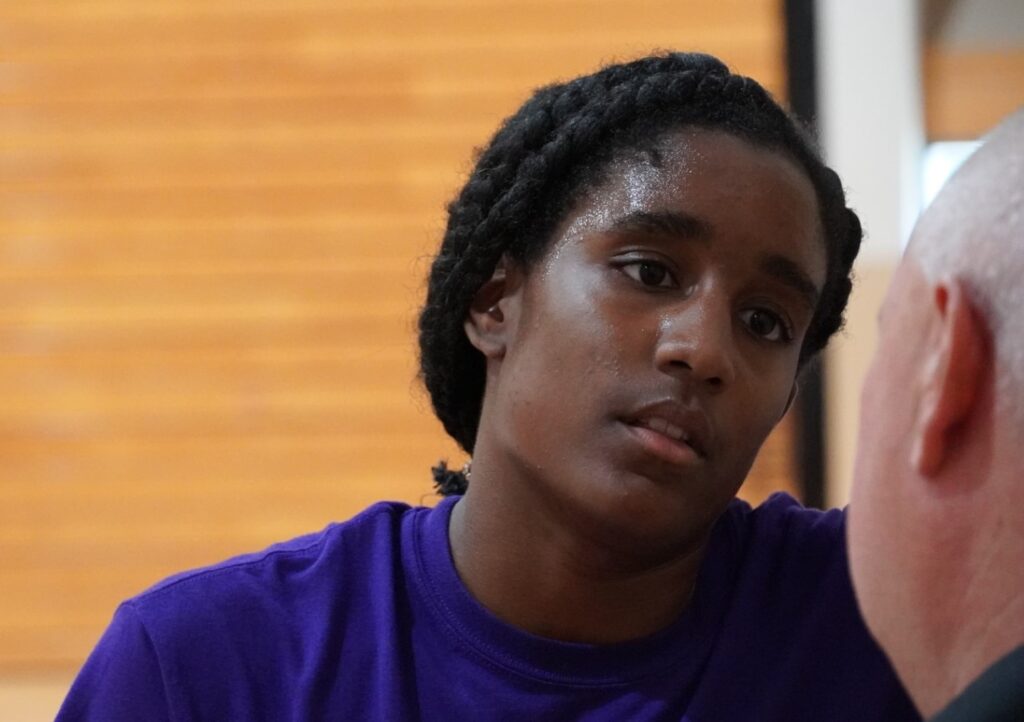 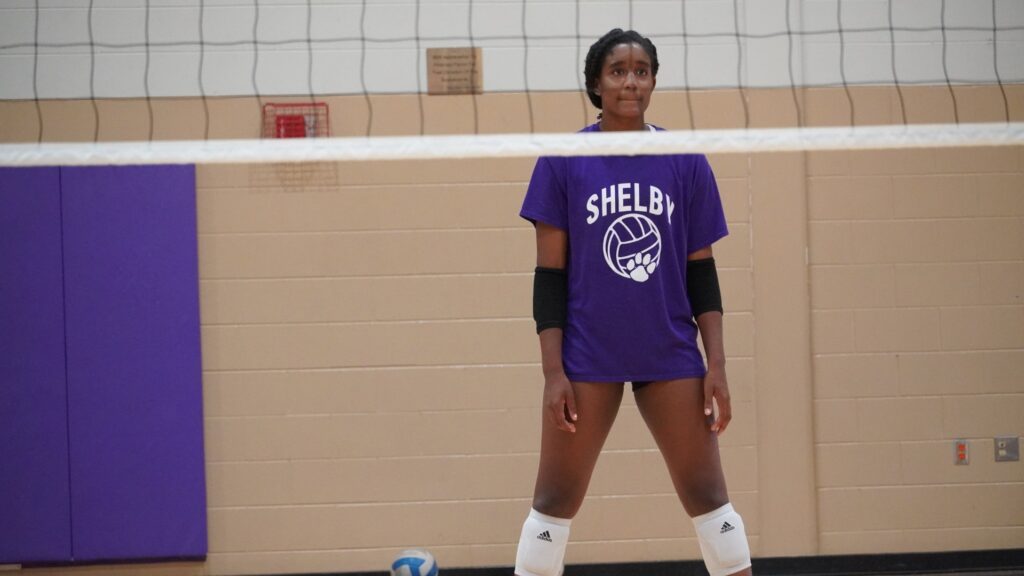 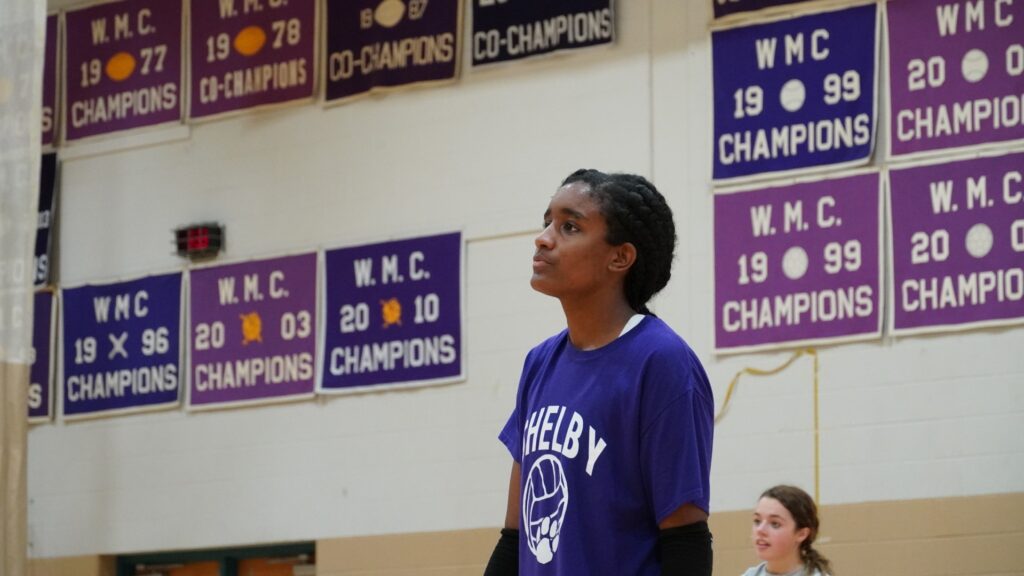 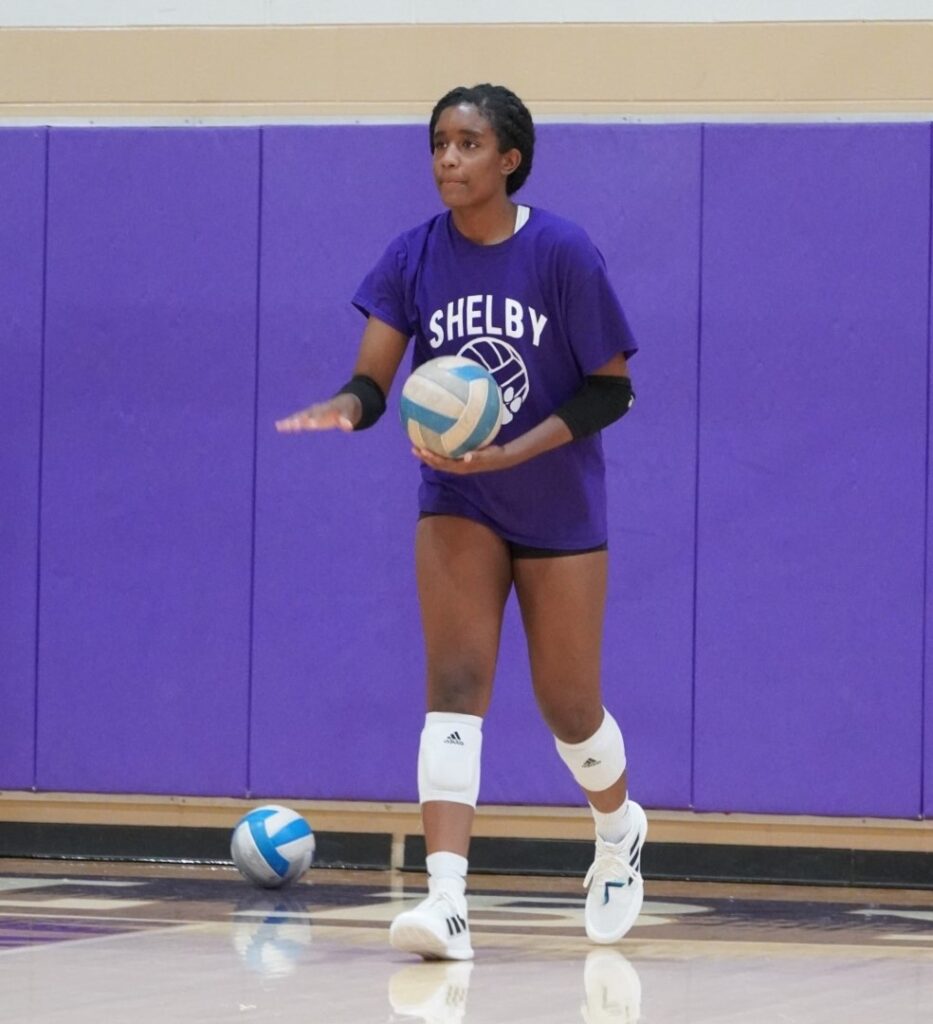 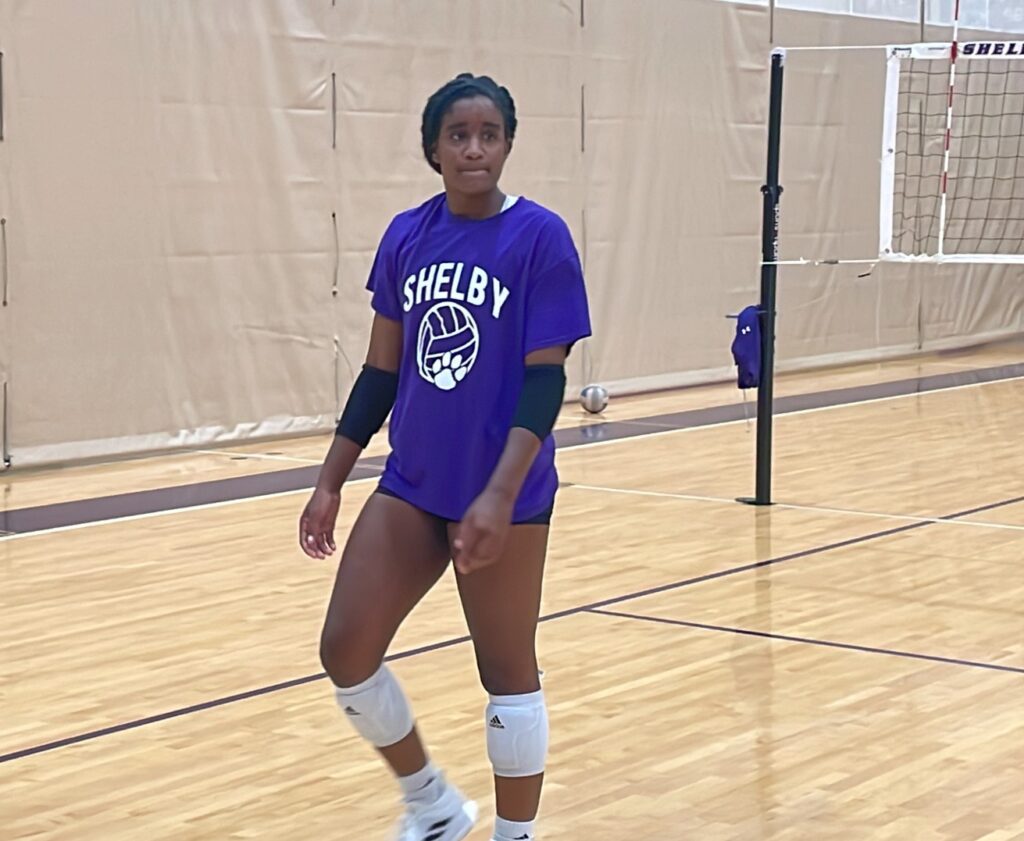 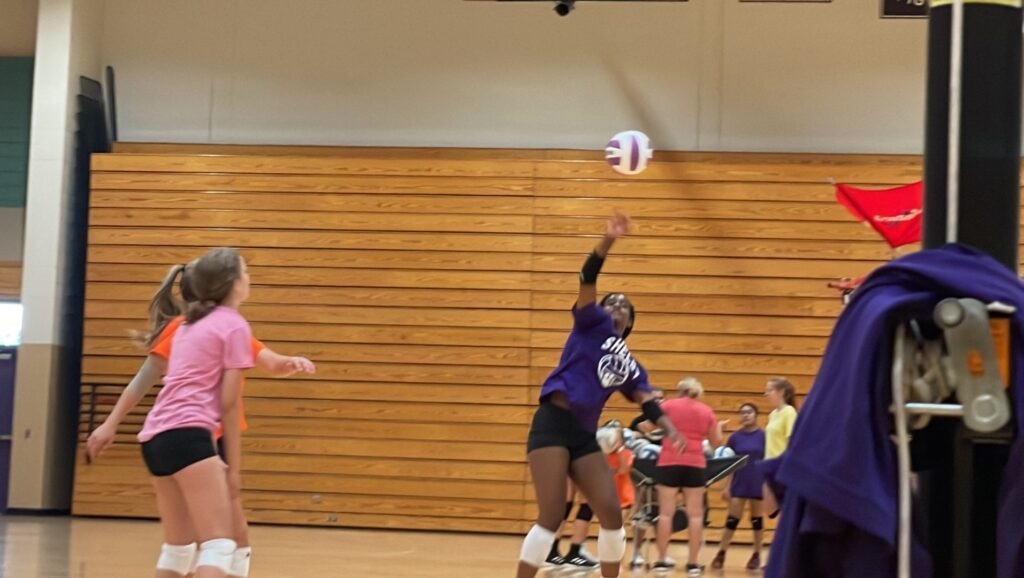 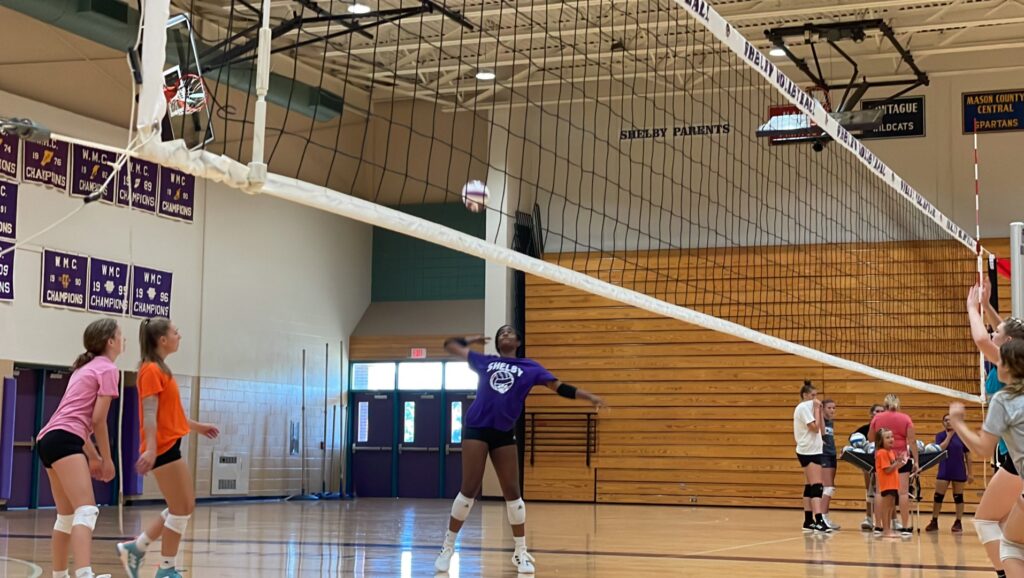 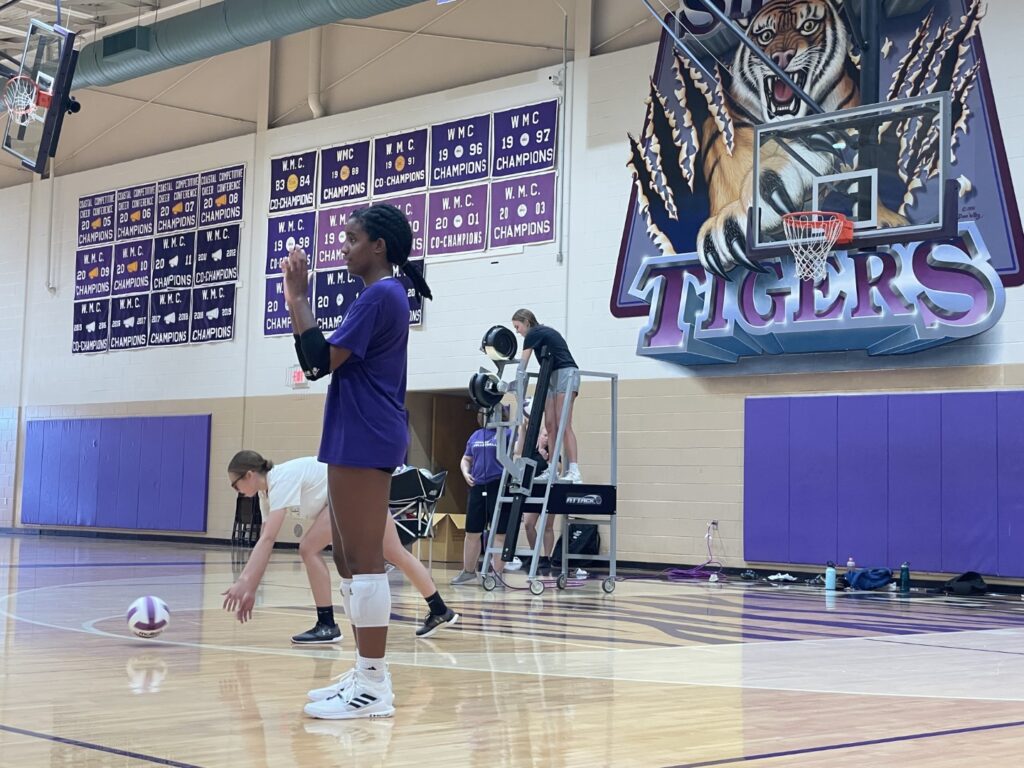 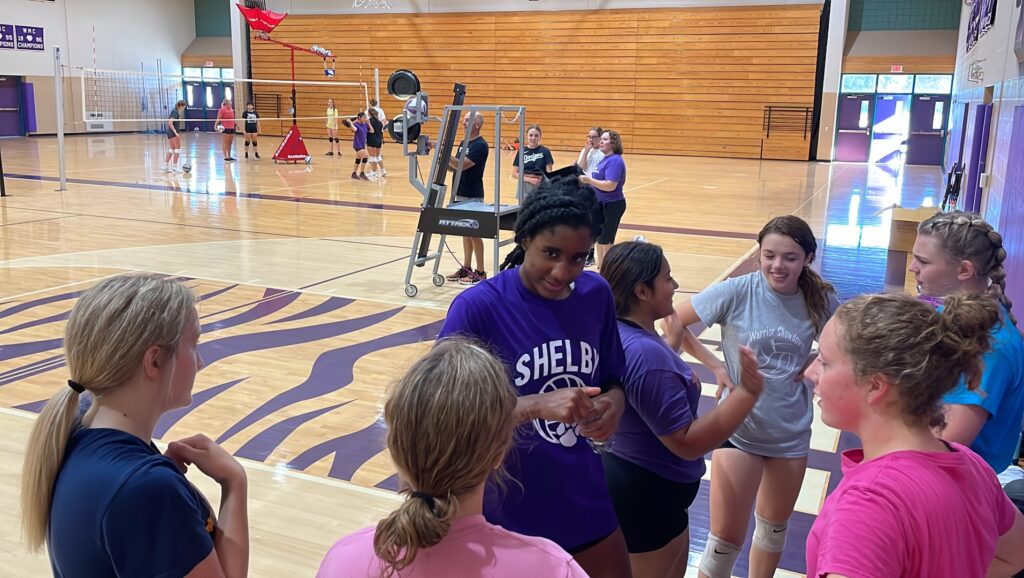 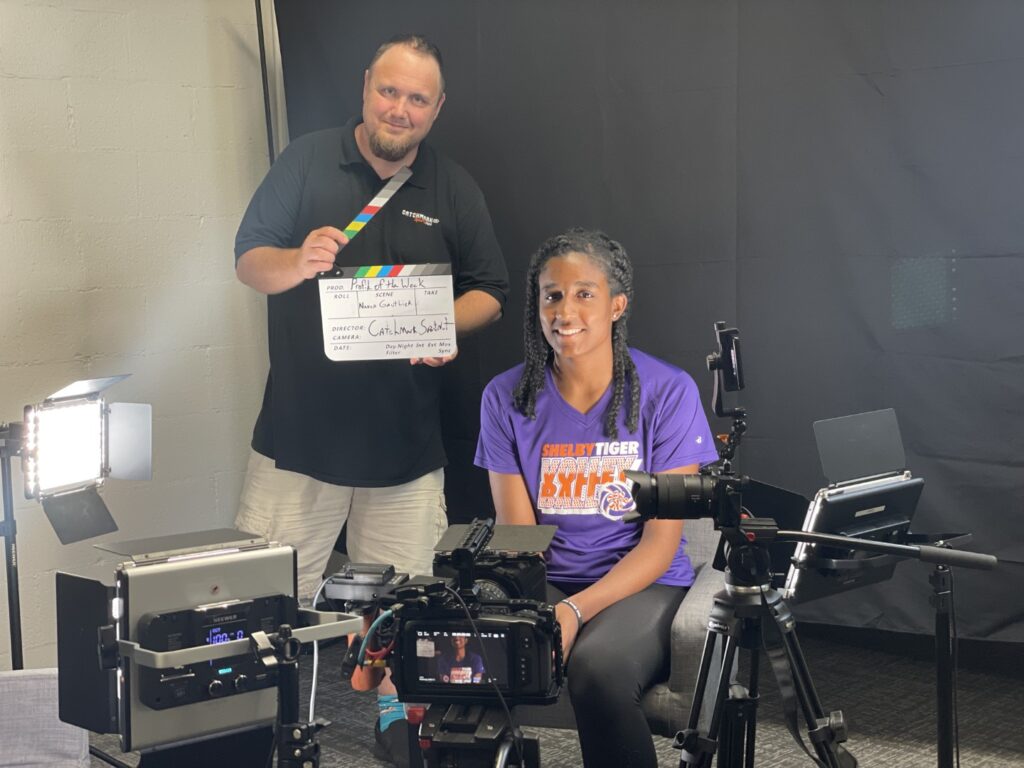 When Gauthier was younger, her dream was to play pro basketball. But as the daughter of a longtime volleyball coach and having tagged along with her mom hundreds of times to gymnasiums, that vision shifted to another roundball sport.

Brent and Becky Gauthier have been supportive and nurturing to Navea and her brothers, Cole, 20, and Trey, 15.

The Gauthiers have been proactive in helping to create opportunities for their daughter. Navea Gauthier is in her fourth year playing at the elite level with Far Out Volleyball Club out of Grand Rapids. Next month in Arizona, she’ll be training with the USA Volleyball National Team Development Program (NTDP) for the fourth time.

Gauthier does not hold any scholarship offers yet, but she’s been invited to and has attended camps at Michigan, Michigan State, Ohio State, Wisconsin, Nebraska and Penn State. She said that OSU, MSU and Michigan are showing the most interest at this point.

“I think it’s just cool because I watched (college volleyball) when I was 7, 8 (years old) and I saw it on TV and it’s like, ‘I actually have a chance of playing at that level,’” Gauthier said.

Fact is, Gauthier has basically three more years of high school and still more room to develop before she even steps foot on a college campus.

She is off to an eye-popping start to her sophomore volleyball season. In back-to-back tournaments last weekend, Gauthier totaled 170 kills, 99 digs and 27 aces as Shelby posted a 7-2 record.

“She led the team with 170 kills and the most that she cheered for herself was going over to her setter and saying, ‘Good ball!’ Her reaction to a good swing is deflecting all the praise to the person that got the ball to her. It just makes her different,” Tom Weirich said.

“I’ve had some exceptional athletes go through our program and had some excitement going into a season about how they’re going to do and she’s just a different character,” he said. “She’s the total package. A couple of the football coaches call it the ‘genetic lottery.’ She’s got the body type for it, but her mindset and her work ethic and the way she reacts to success is different than other kids.”

Navea and Trey Gauthier were adopted when they were very young. Becky Gauthier said the family moved to Shelby when Navea was in first grade.

Shelby senior Morgan Weirich has been playing volleyball with Navea Gauthier since they were young and that Navea carries herself with the maturity of somebody much older.

Gauthier’s physical gifts are one thing — she can leap and grab a 10-foot basketball rim – but her drive is just uncommon.

“She’s not afraid to put in the extra work or extra time. She has a goal in mind and that goal pushes her to the next level,” Morgan Weirich said. “She’s always reaching for something big. She has that (goal) in the back of her mind every day and that pushes her to continue to work hard.”

Becky Gauthier said that others tend to peg Navea as quiet, when she’s really not. Since Navea was young, she’s been the type to take everything in, intently listen, watch, pay attention. She’s looked at things with a different lens or frame.

Navea Gauthier shows compassion for others. Her brother, Cole, is autistic and she relates well to those with special needs. Aside from playing volleyball, she would like to make a career out of helping people.

“I either want to be a personal trainer or own a business, like a workout area for kids on the spectrum,” Gauthier said. “It will be like a normal gym, but kids on the spectrum can come and work out. They can interact with each other – kind of like bigs and littles.

“If someone, like, me wanted to come and work out with someone like my brother, they could do that and it would be cool. Also, I kind of want to be a therapist a little bit. It’s kind of interesting, just talking to people about what’s going on in their life if they’re struggling.”

As if her parents weren’t proud enough already.

“She is constantly trying to better herself and she is all around a good person,” Becky Gauthier said. “She just makes sure people are good. She probably doesn’t even know it, but she picks up on a lot of social cues from her friends and will be able to talk to them about different things. I think a lot of that just helps her kind of be calm and kind of grounded when she plays sports.”