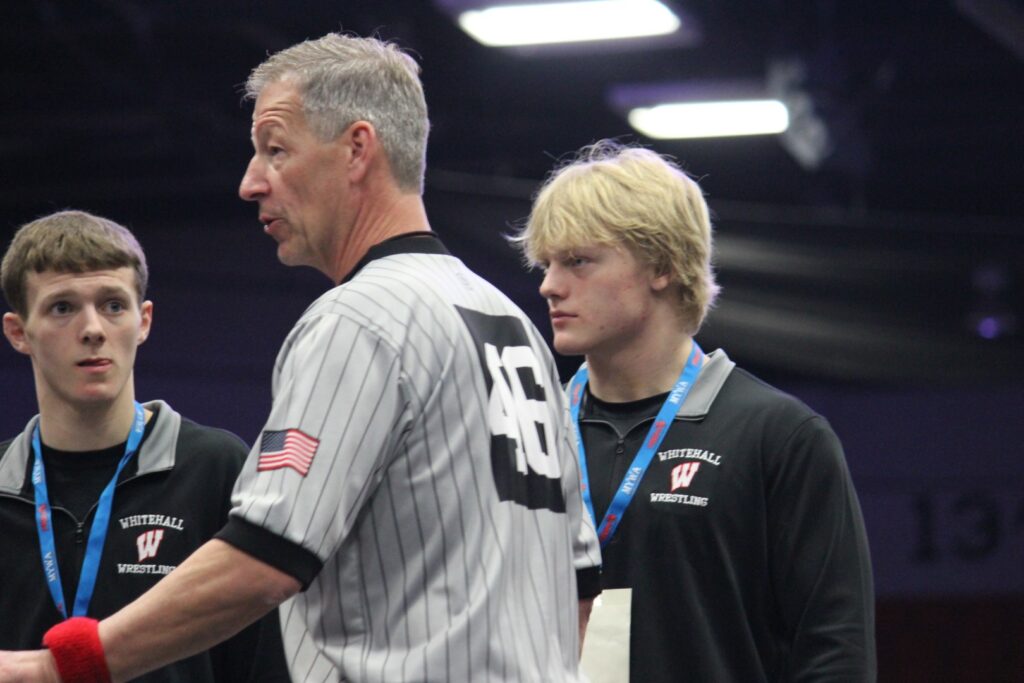 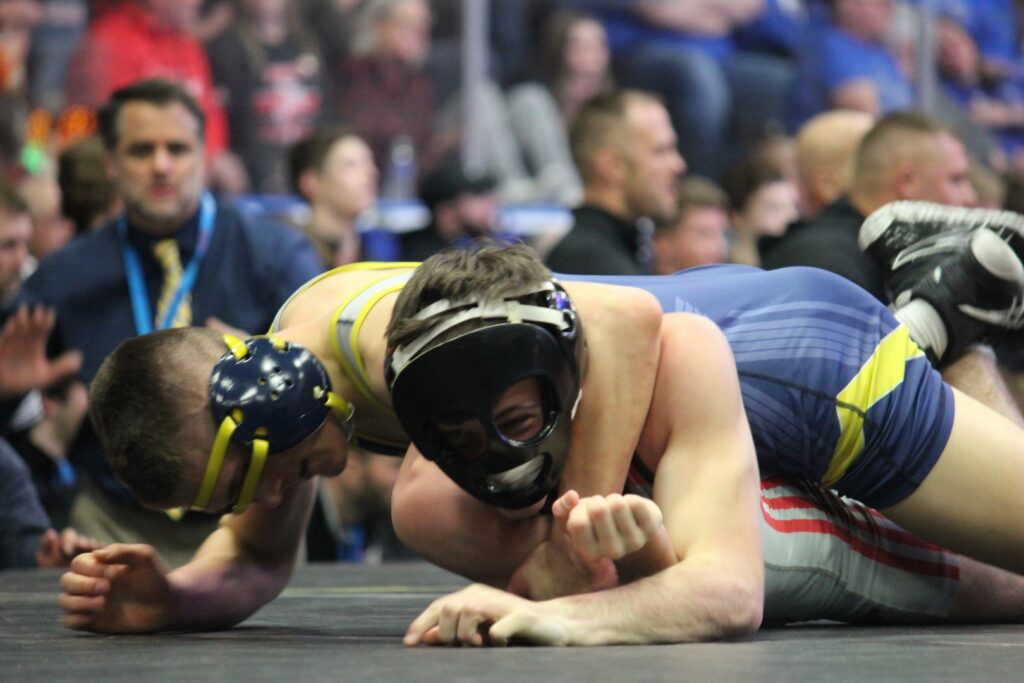 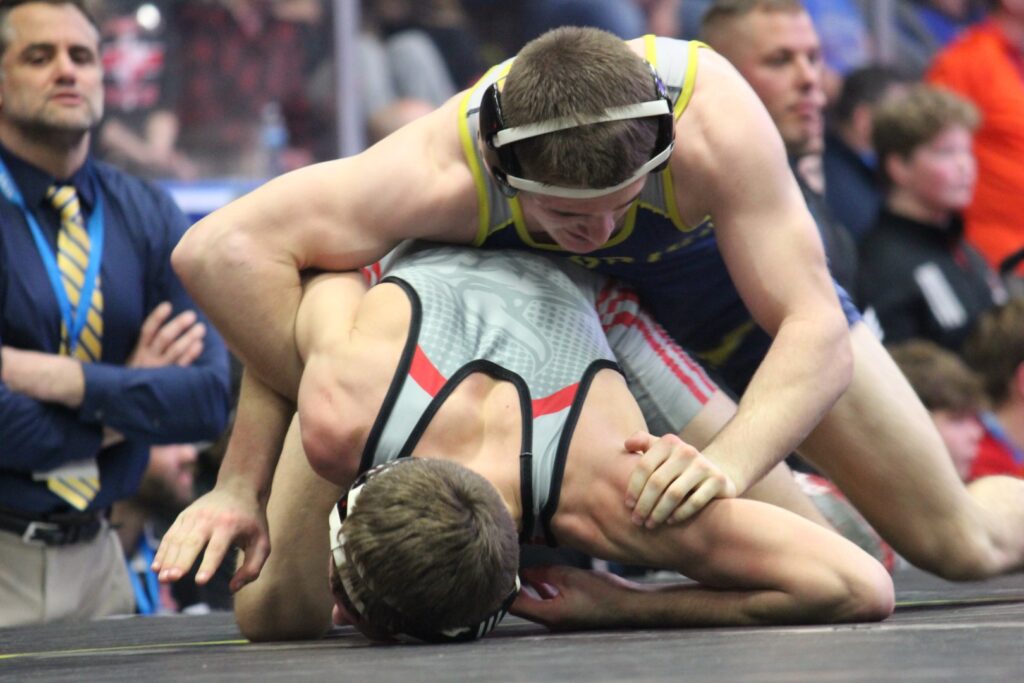 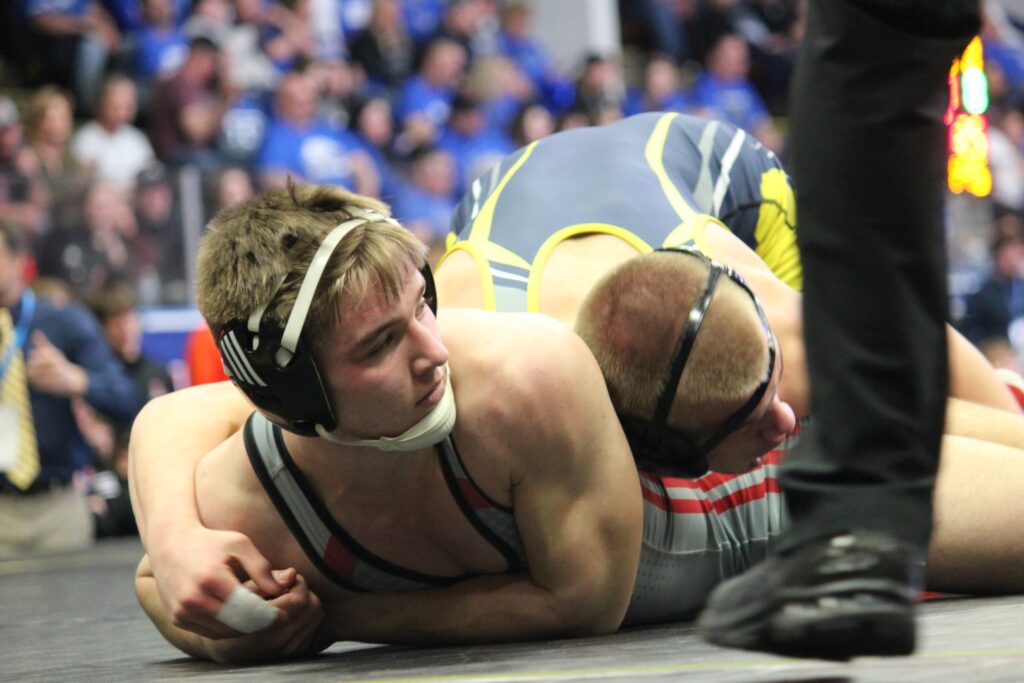 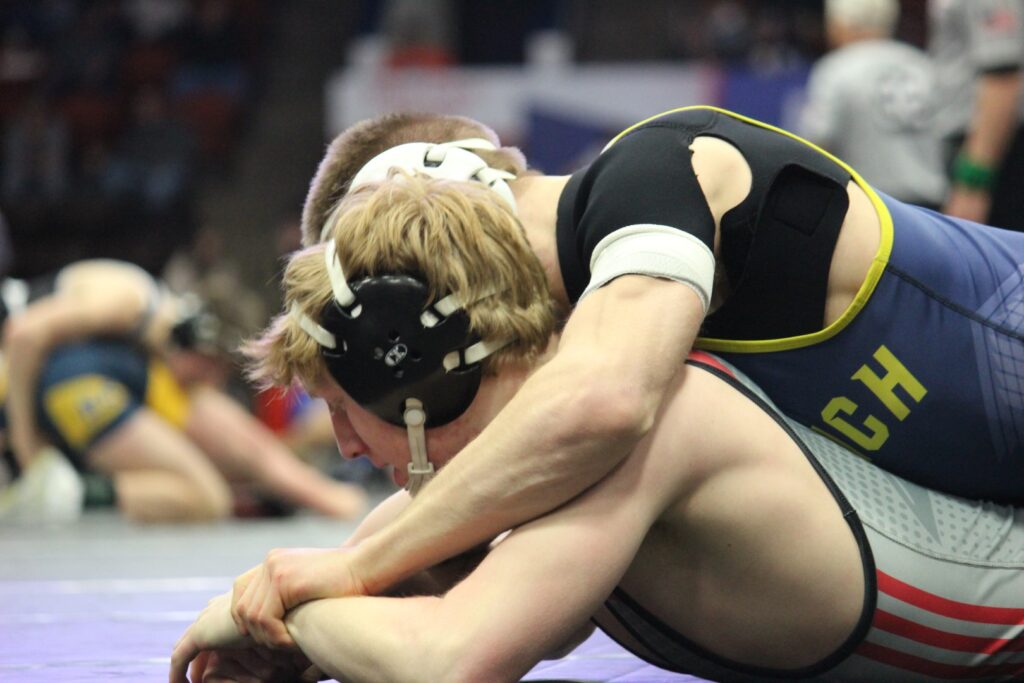 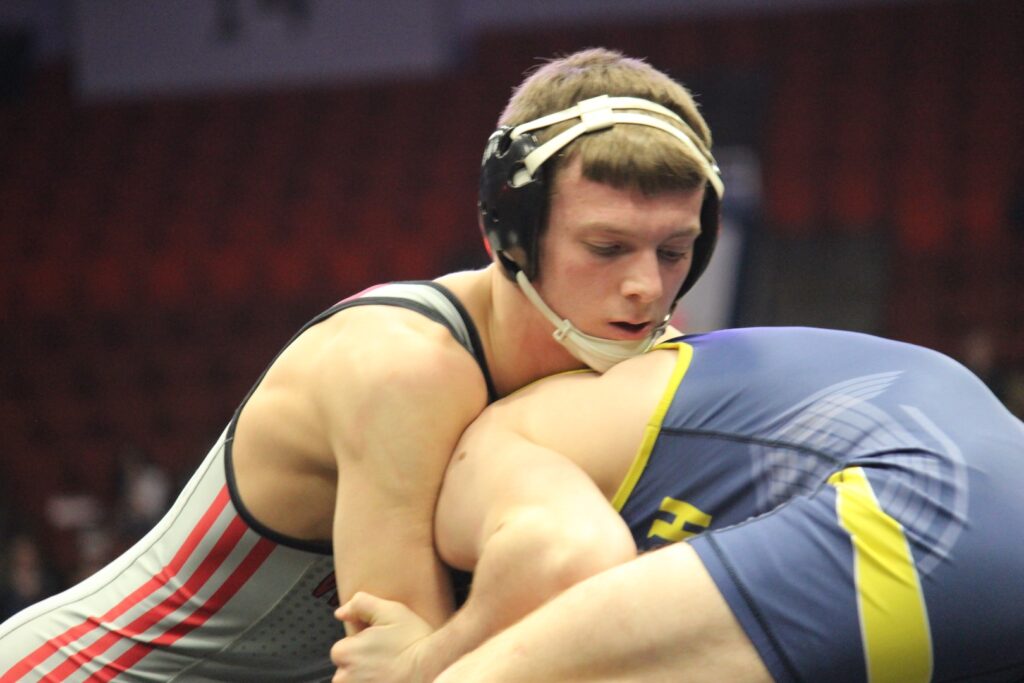 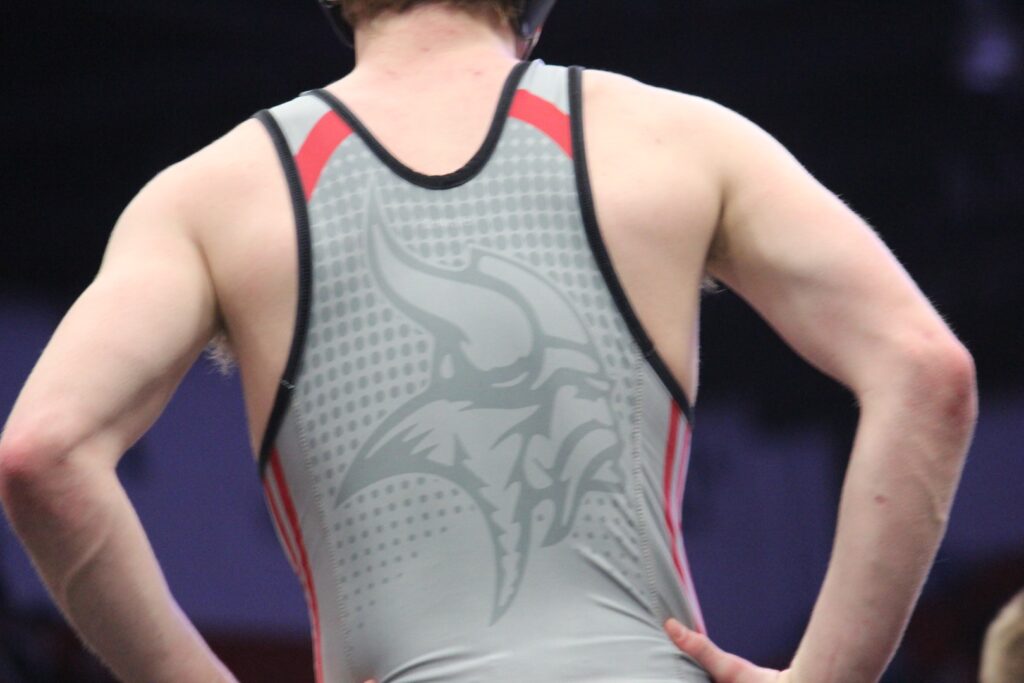 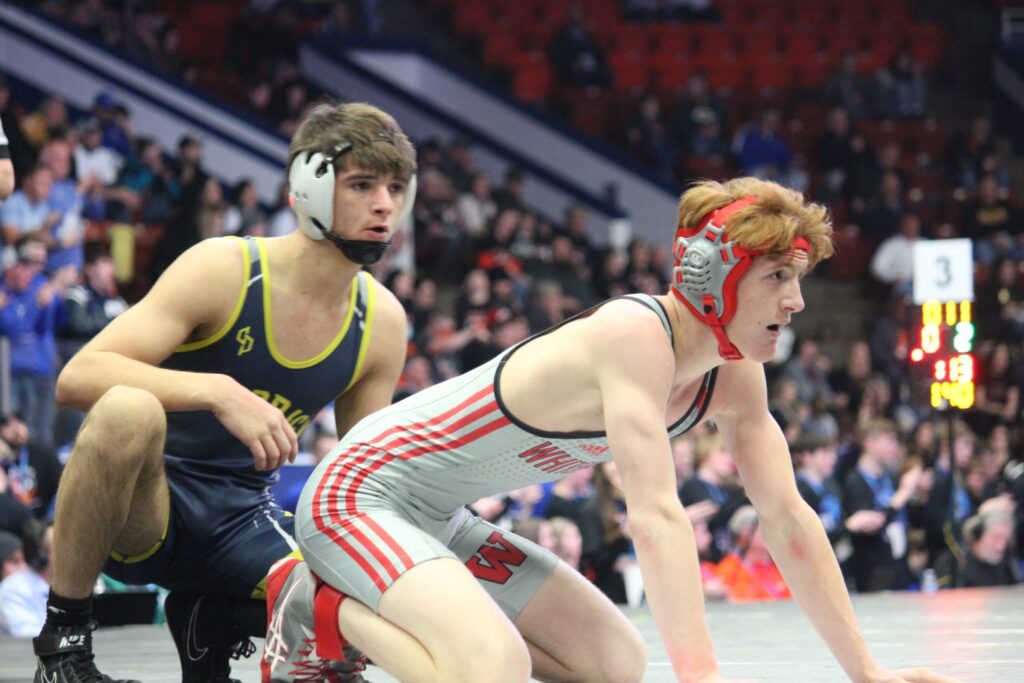 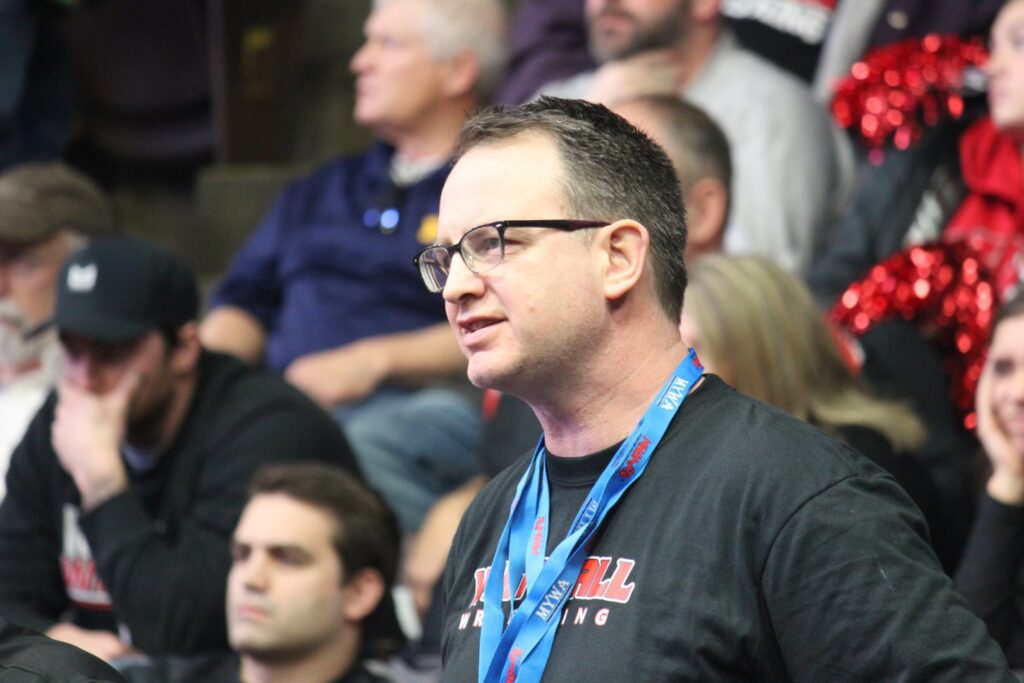 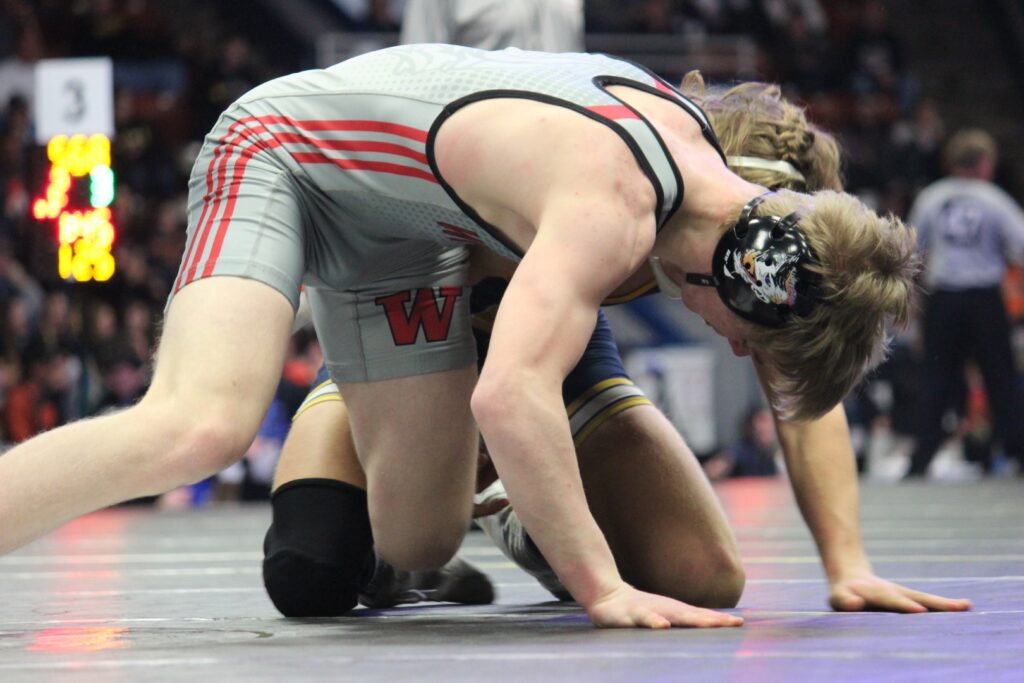 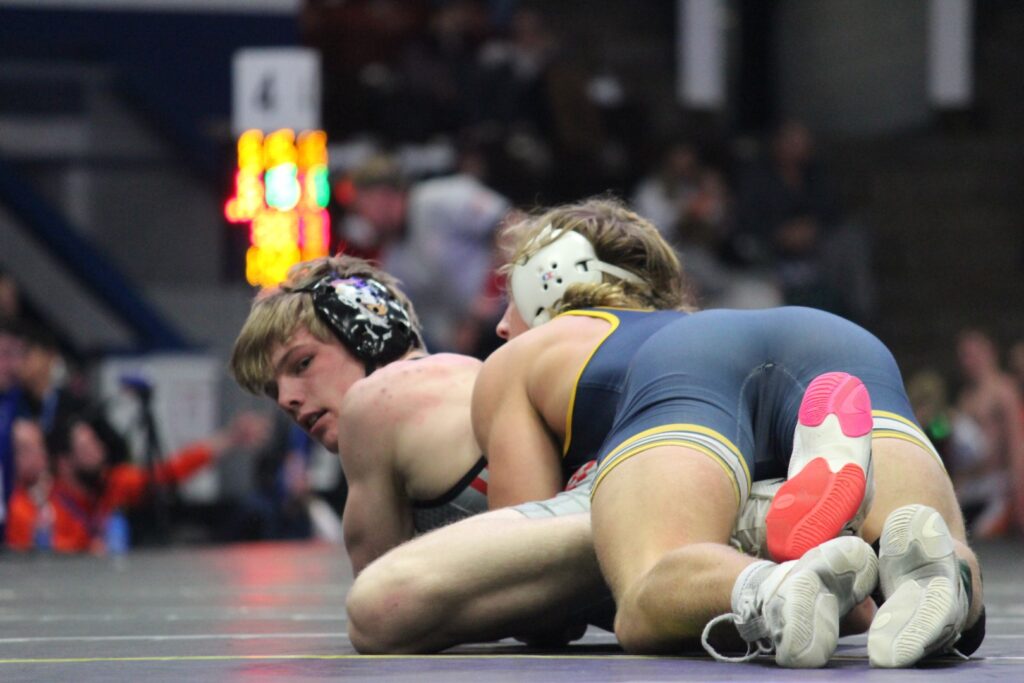 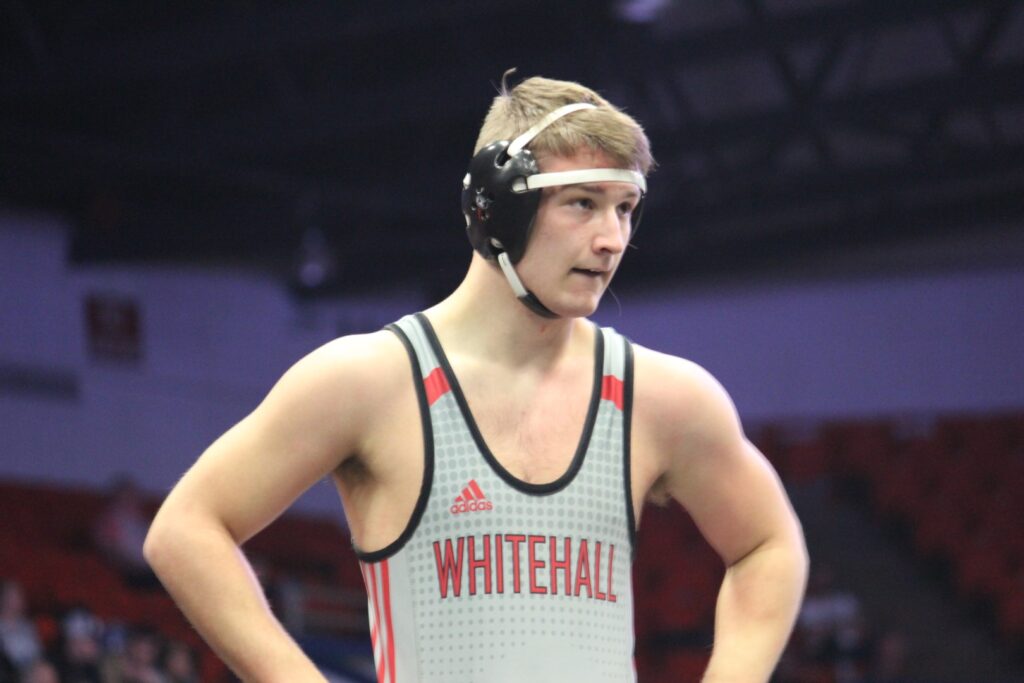 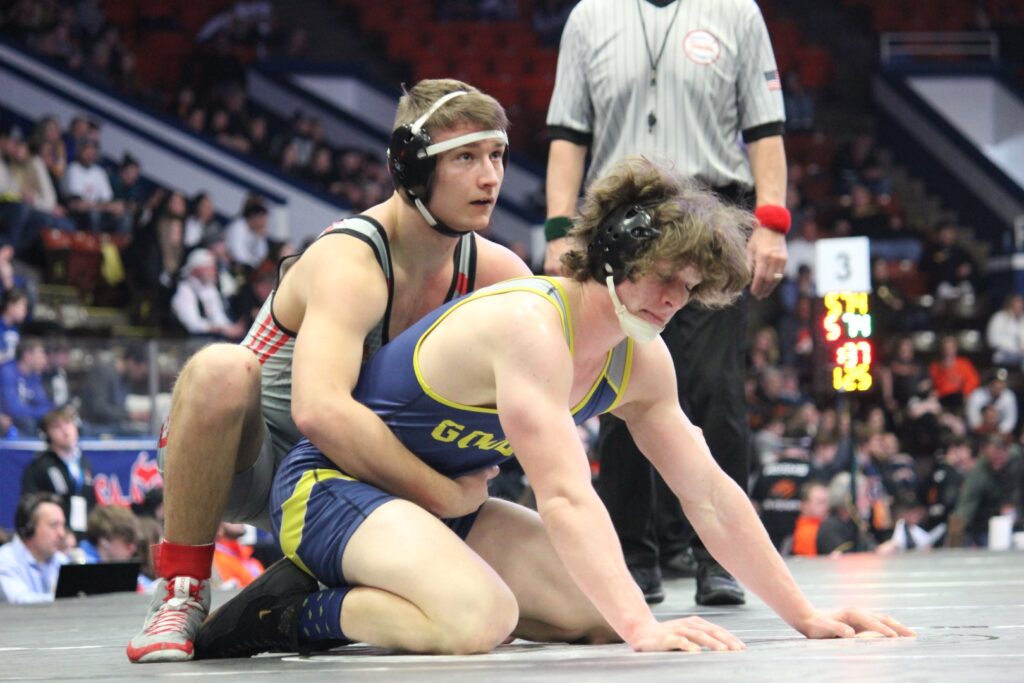 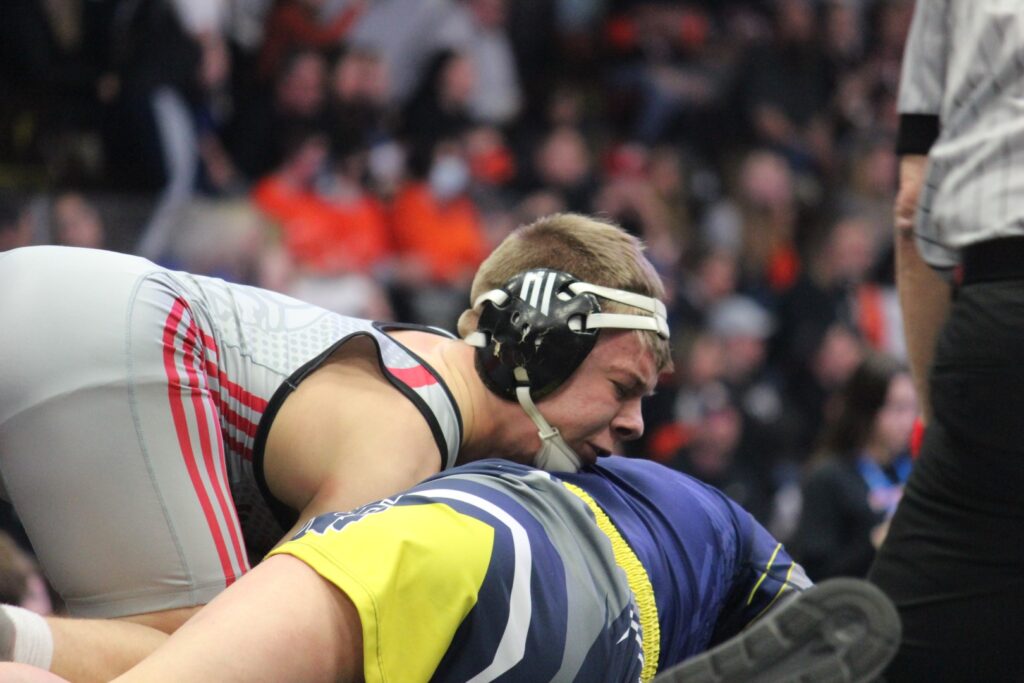 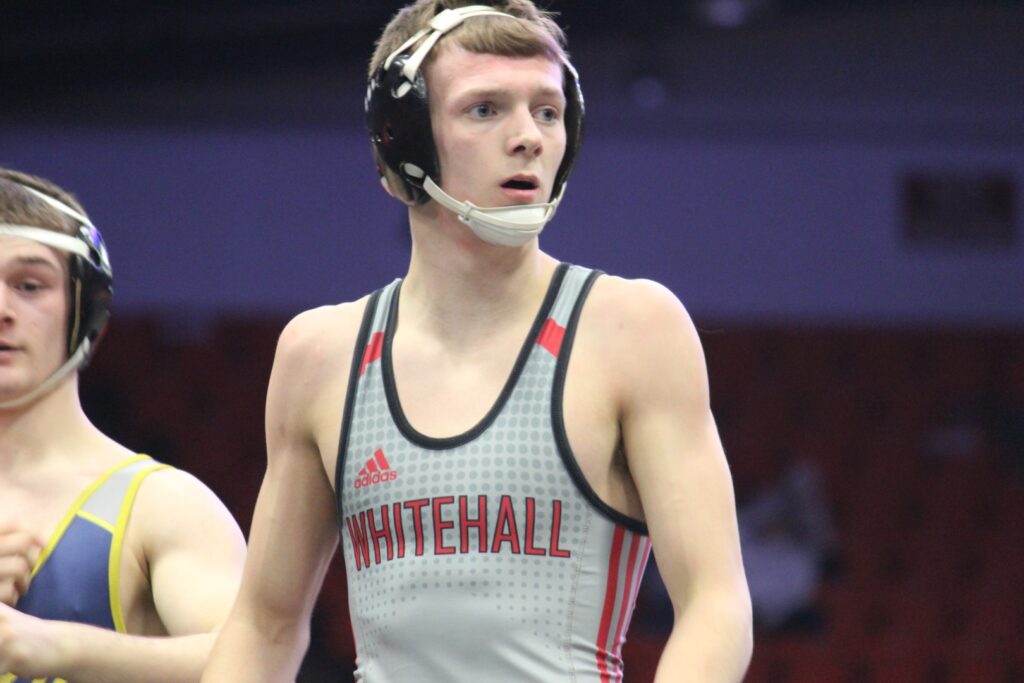 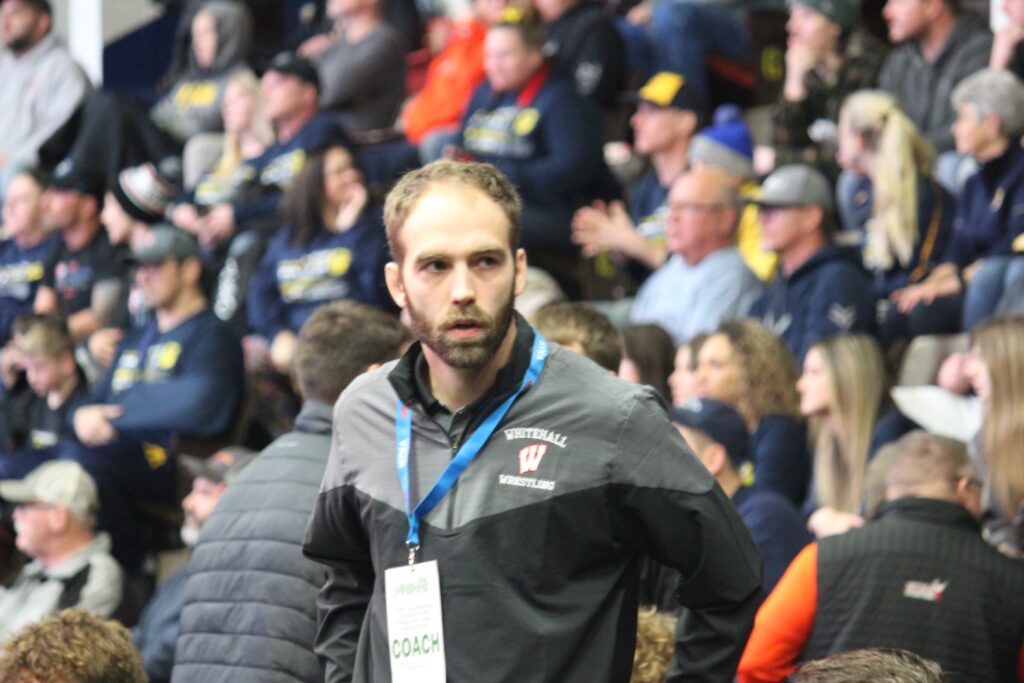 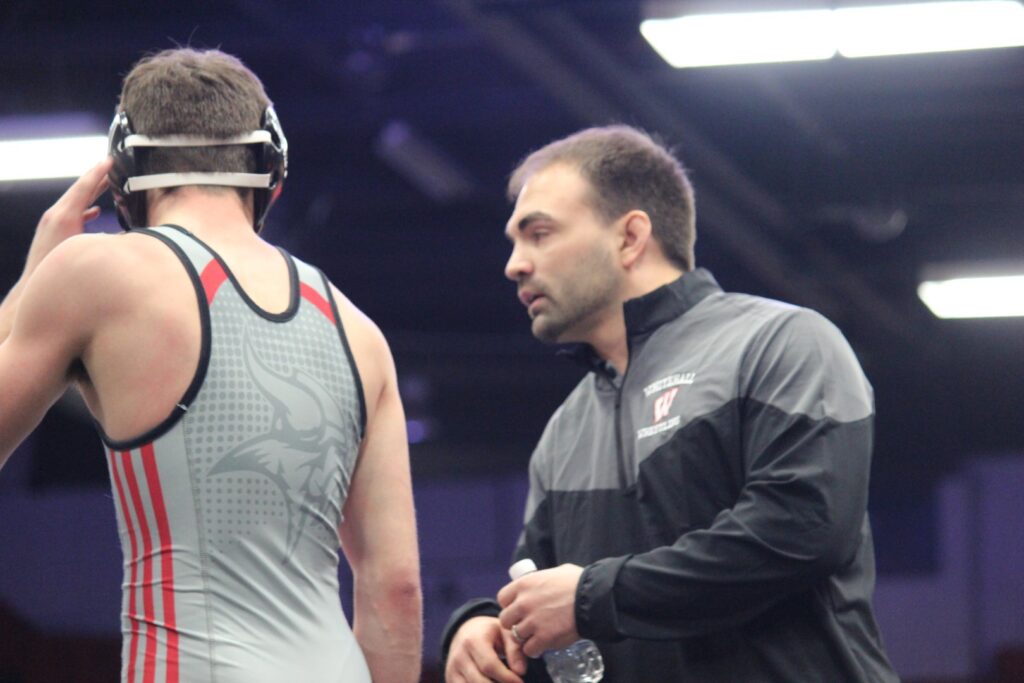 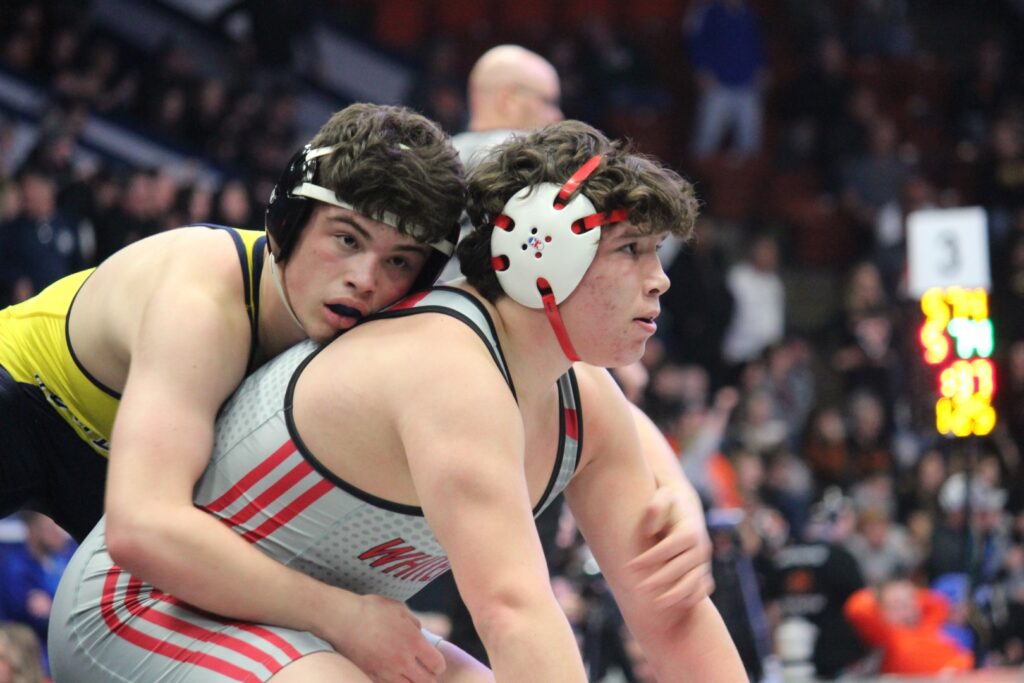 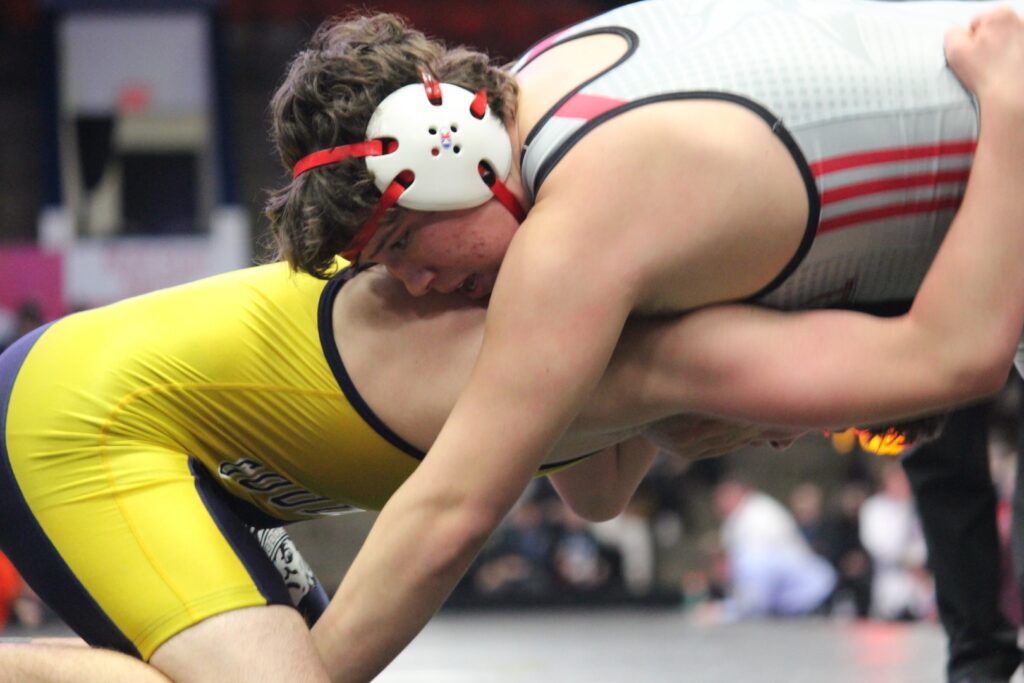 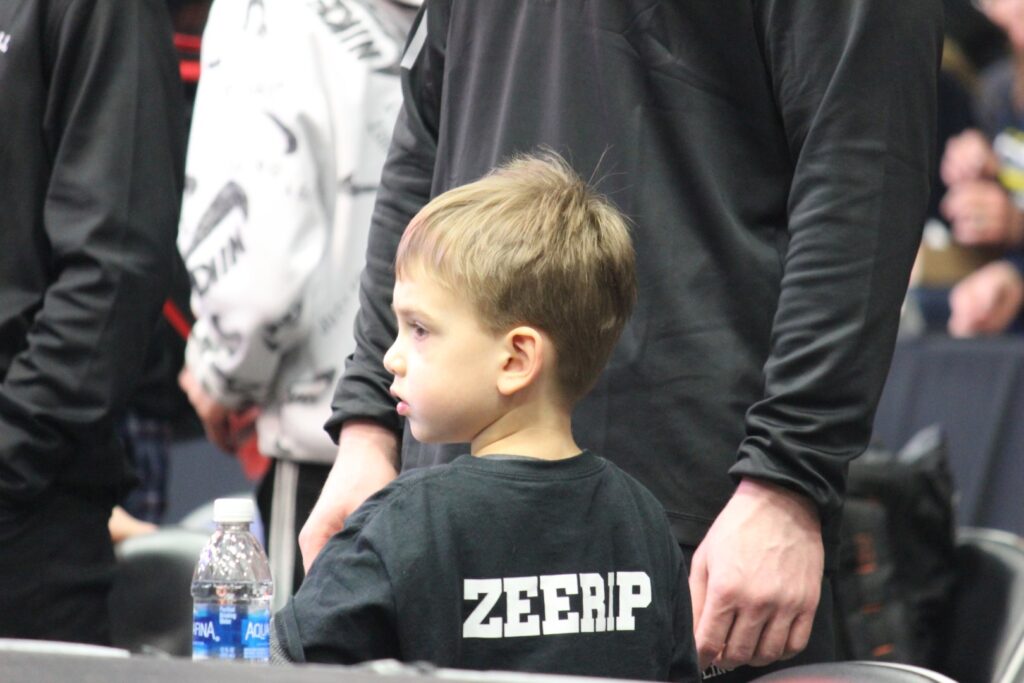 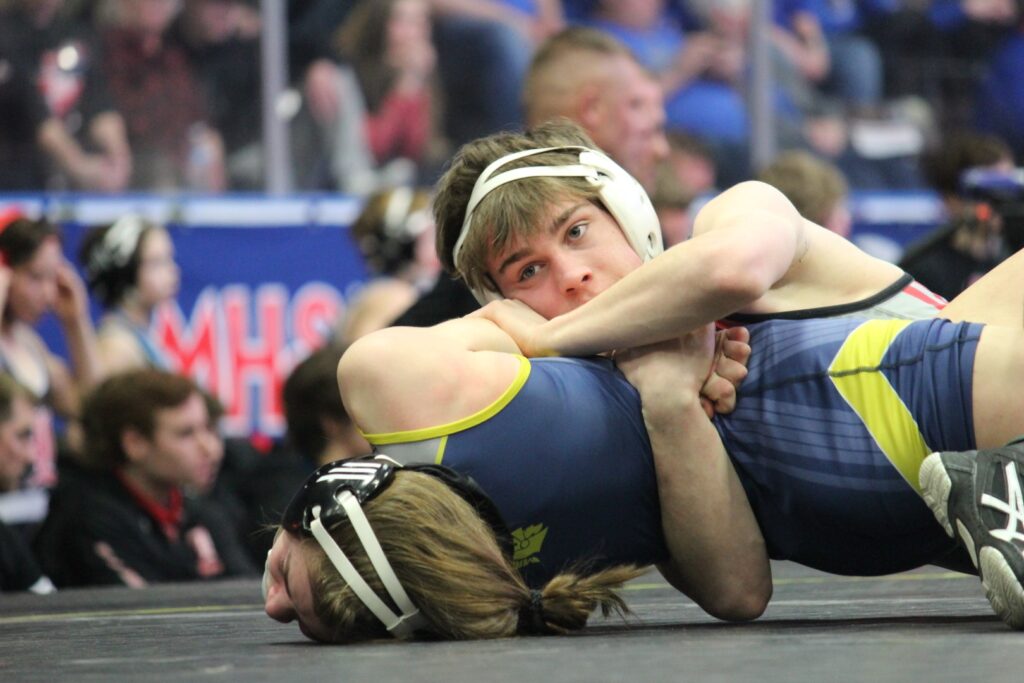 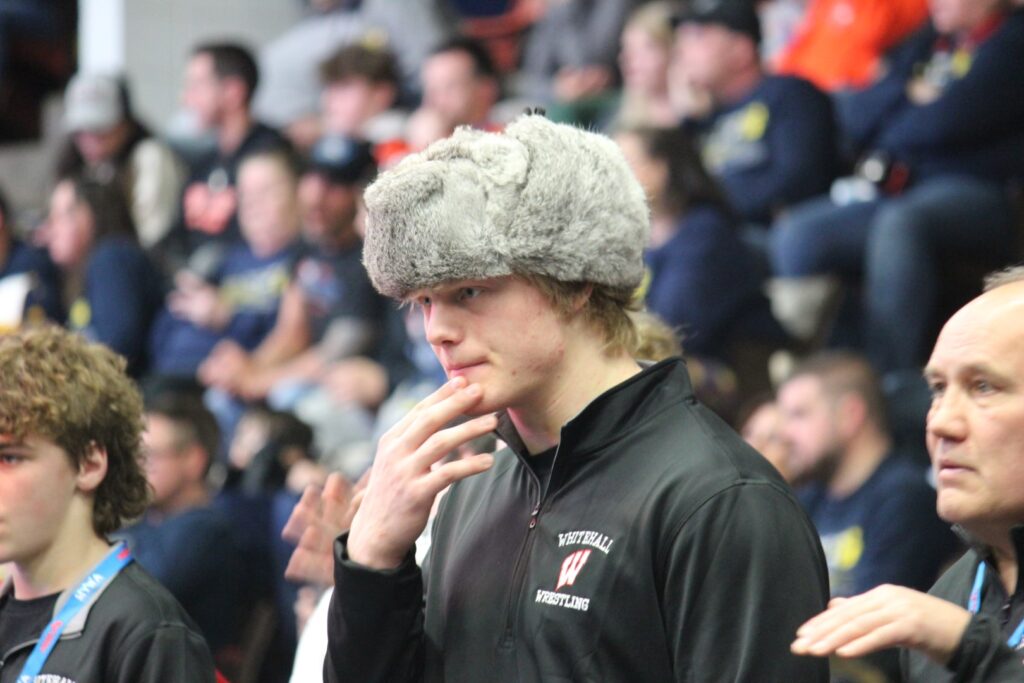 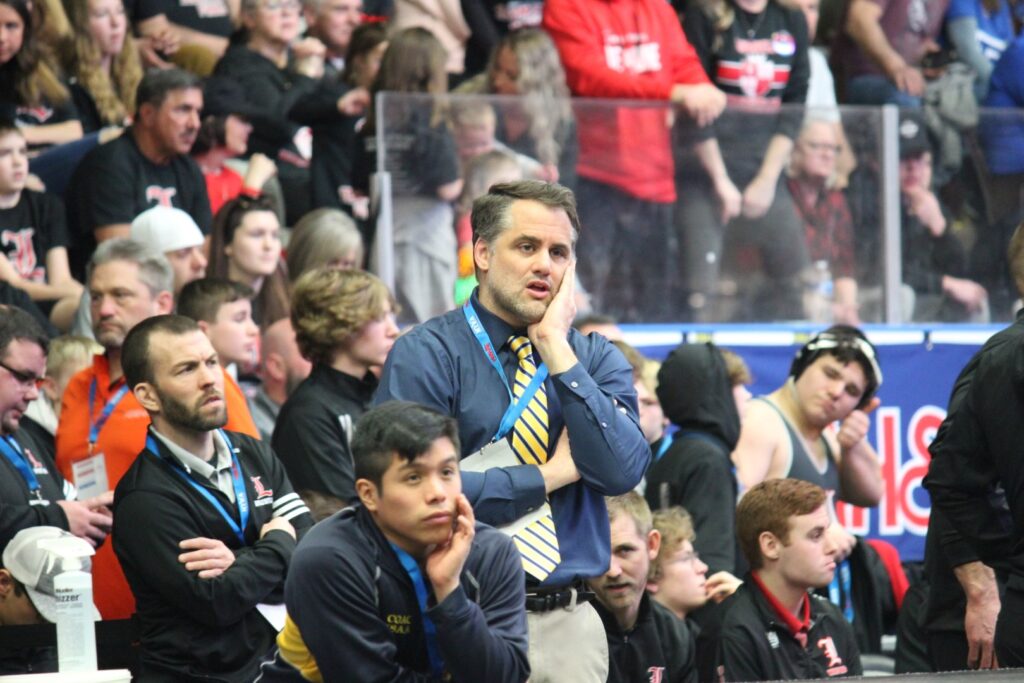 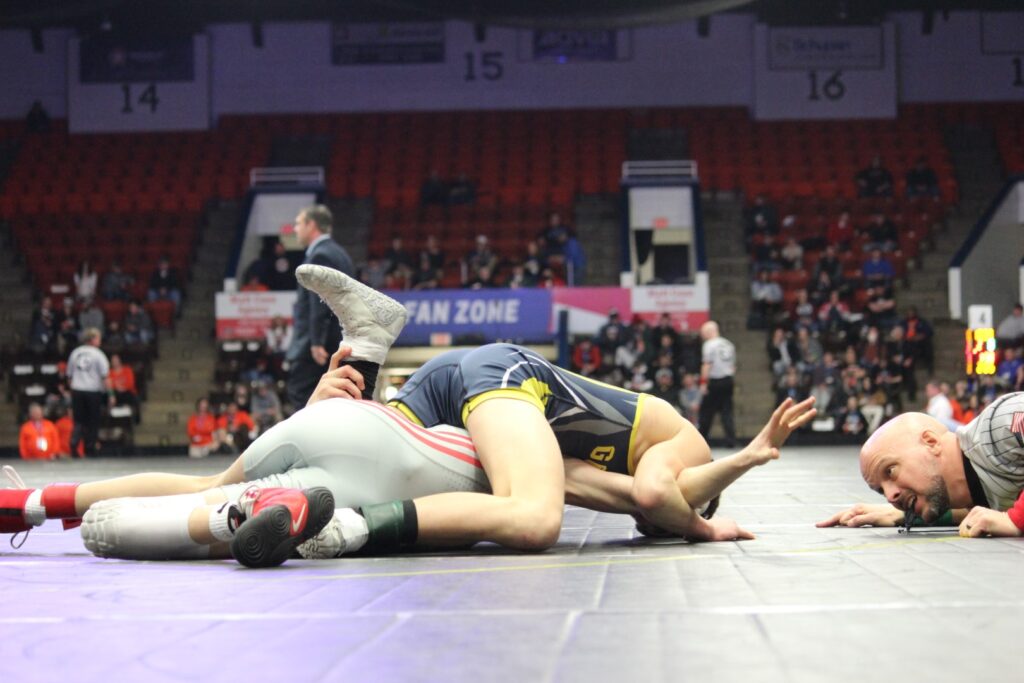 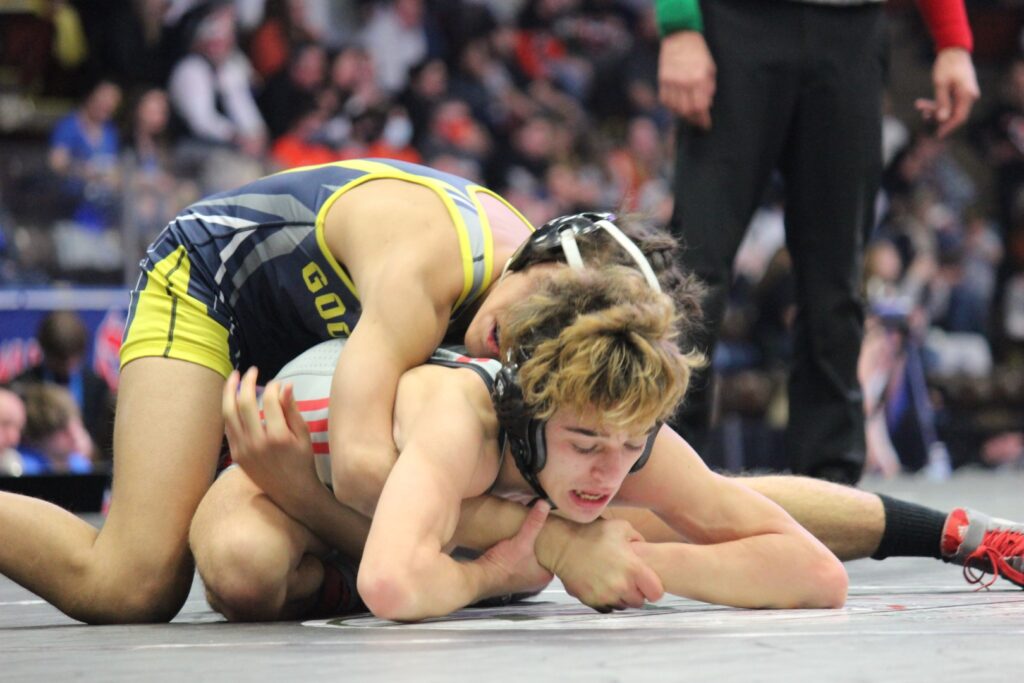 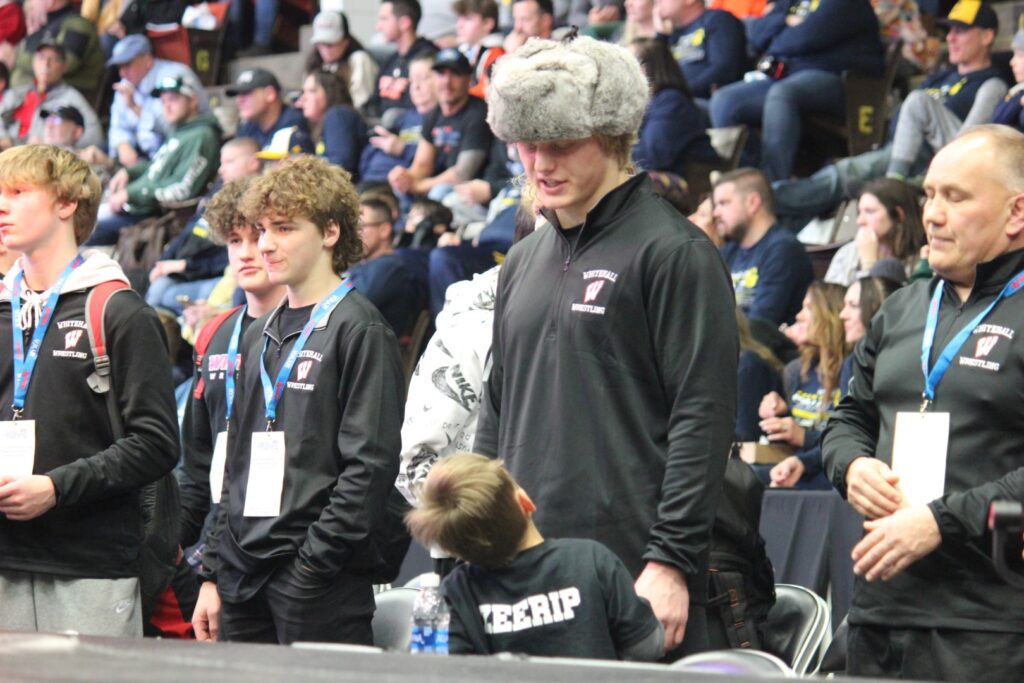 KALAMAZOO — Whitehall answered every challenge it encountered entering Saturday’s Division 2 wrestling team state semifinals match against Goodrich on the way to a 27-0 record and No. 2 state ranking.

The Vikings finally faced something they couldn’t solve: The Martians.

Second-seeded Whitehall fell to third-seeded Goodrich, 41-24, in the semifinal matchup at Wings Event Center. The well-rounded Vikings roster struggled in their lower-to-middle weight classes, which proved the difference-maker in the dual.

Now, Whitehall will shift its focus to next week’s individual state finals at Ford Field in Detroit, where seven Vikings will be competing for the ultimate prize.

Goodrich (31-2) advanced to Saturday afternoon’s team state final against Lowell (22-3), which defeated Gaylord 50-6 in the semifinals. The Red Arrows are aiming for their ninth straight state title.

Despite the team loss, the Vikings are still optimistic about next week. Seniors Jenkins, Blanchard, Max Brown, Alec Pruett and Riley Buys, plus freshman Wyatt Jenkins, will be making the trip to Detroit. Ira Jenkins and Brown are both defending state champions after winning it all in Division 3 last year.

As a team in 2021, Whitehall placed runner-up in Division 3 to Dundee, the highest finish for a Vikings wrestling squad in school history.