Chippewas and Eagles were the last teams standing from the West Michigan Conference.

Manistee and Oakridge were the last boys soccer teams left standing from the West Michigan Conference when the 2022 state tournament moved to regional play Tuesday.

Both saw memorable seasons end at that stage in the Division 3 tournament.

Here are details from both matches:

ALMA 3, MANISTEE 2 (SHOOTOUT): Manistee battled back from a 2-1 halftime deficit to force overtimes and a shootout, but Alma edged the Chippewas in penalty kicks, 5-3, to survive and advance to the regional finals.

Manistee’s strong season ends with a 16-4-0 record, including the Chippewa’s first district title since 2008.

Alma improves to 18-3-1 and will face Elk Rapids (17-7-2), a 2-1 shootout winner over Freeland, in Thursday’s 7 p.m. regional final at Clare’s Brookwood Athletic Complex.

“Both teams played a very strong and competent match,” Manistee coach Brandon Prince said. “Our team had great opportunities that consistently were turned away by the strong defensive effort and goalkeeping of Alma. We had a good control on the possession and offensive attack most of the game, but couldn’t find the net due to Alma’s effort and discipline on the defensive end.

“Very proud of both teams for their efforts and quality to end a very exciting regional game. Good luck to Alma players and their coaches in the next round and (we) look forward to next season.”

PAW PAW 2, OAKRIDGE 0: In a match moved to the artificial turf of Byron Center’s West Middle School because of poor field conditions on Grand Rapids South Christian’s field, Paw Paw broke a scoreless tie with a pair of second-half goals and held Oakridge off.

Oakridge finishes its season with a 12-9-1 record, including a second district championship in three years.

Paw Paw (11-8-1) advances to Thursday’s regional finals against Holland Christian (17-1-3), which edged Grand Rapids Catholic Central 2-1 in a thrilling shootout that left the grass playing surface mushy and muddy in spots before it was time for Oakridge and Paw Paw to take the field.

“It felt we were in a scene from ‘Planes, Trains and Automobiles’ last night,” Oakridge coach Greg Fleener said. “The other semifinal went to OT and then 11 rounds of a shootout. We didn’t get on the field until about 7:30-7:45. We quickly realized that the field was not playable.

“Then the site directors are all on their phones. They came up with a plan to move the game to a turf field at Byron Center middle school, so we jumped on the bus and led the way about eight miles down the road to a different site. We finally started the game a little after 8:30 p.m. It was a tumultuous night for sure.”

Fleener said that Oakridge senior keeper Keegan Williamsen “stood on his head” in making several great saves in the first half, when the tough Paw Paw team outshot the Eagles, 8-2.

Fleener added that losing Trent Gillette to an ankle injury in Saturday’s district finals win over Grand Rapids West Catholic was a tough pill to swallow, but the Eagles’ back line worked very hard to slow down a dynamic and fast Paw Paw squad.

Fleener said Oakridge felt as though it had an opportunity to pull the upset, but it wasn’t meant to be.

“Two district titles in three years along with three straight district finals appearances. Congratulations to this group and the entire team on a great year.” 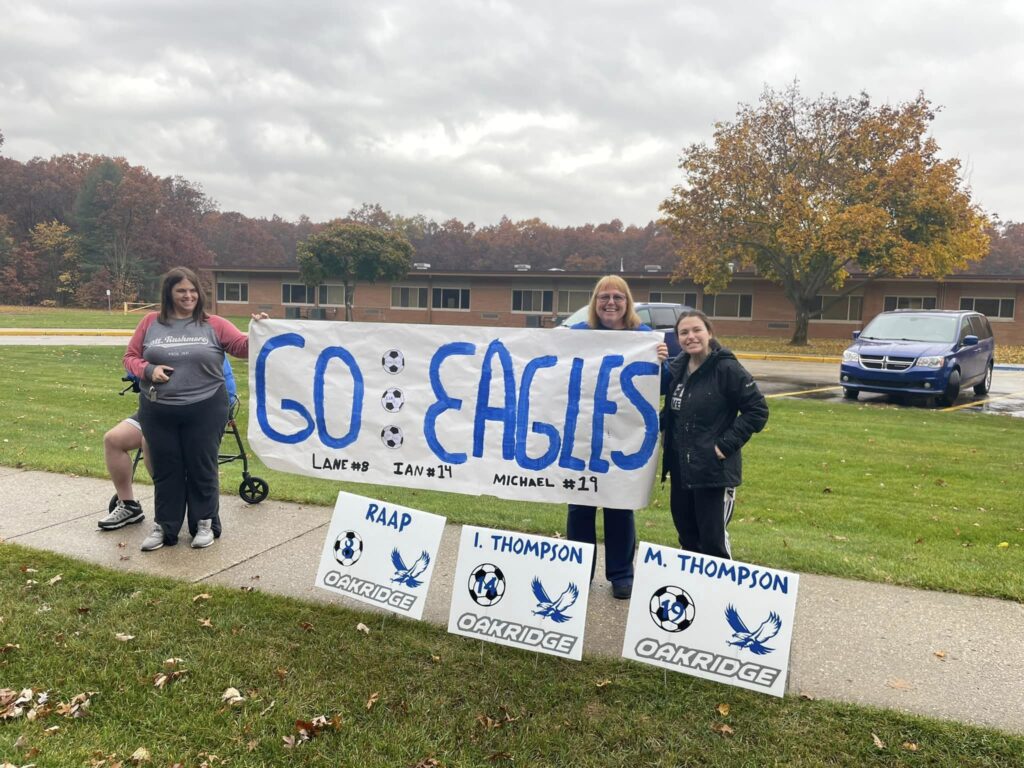 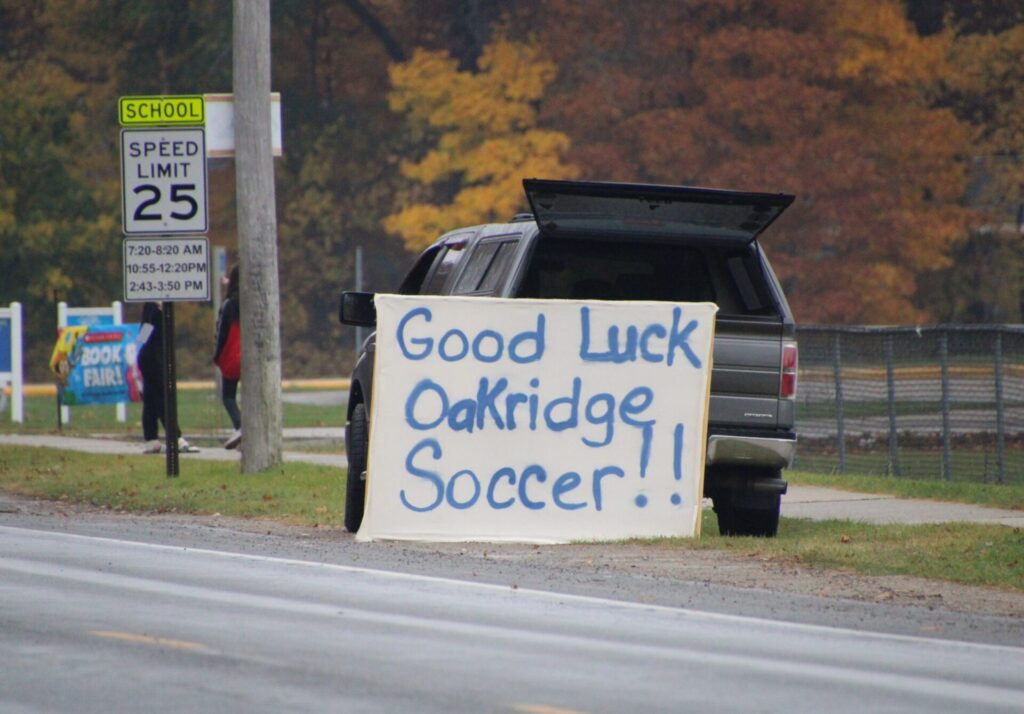 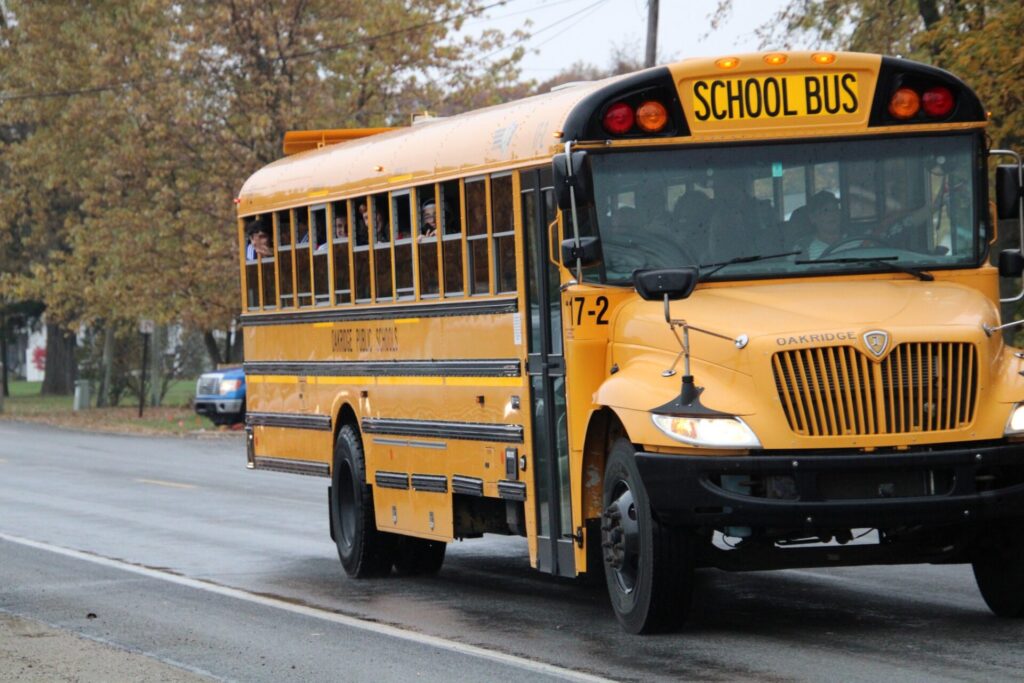 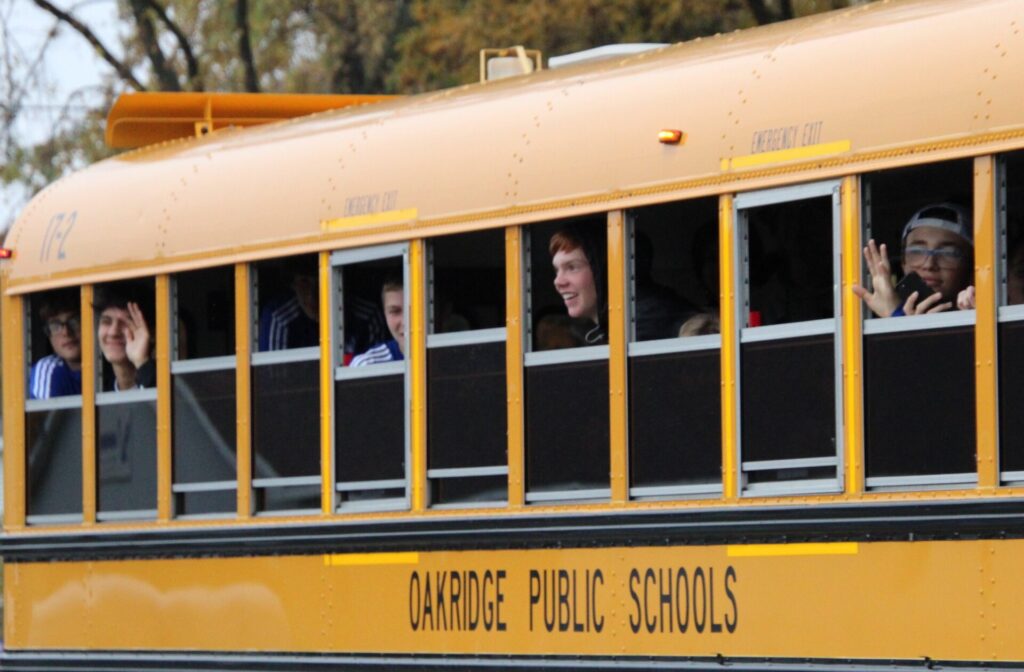 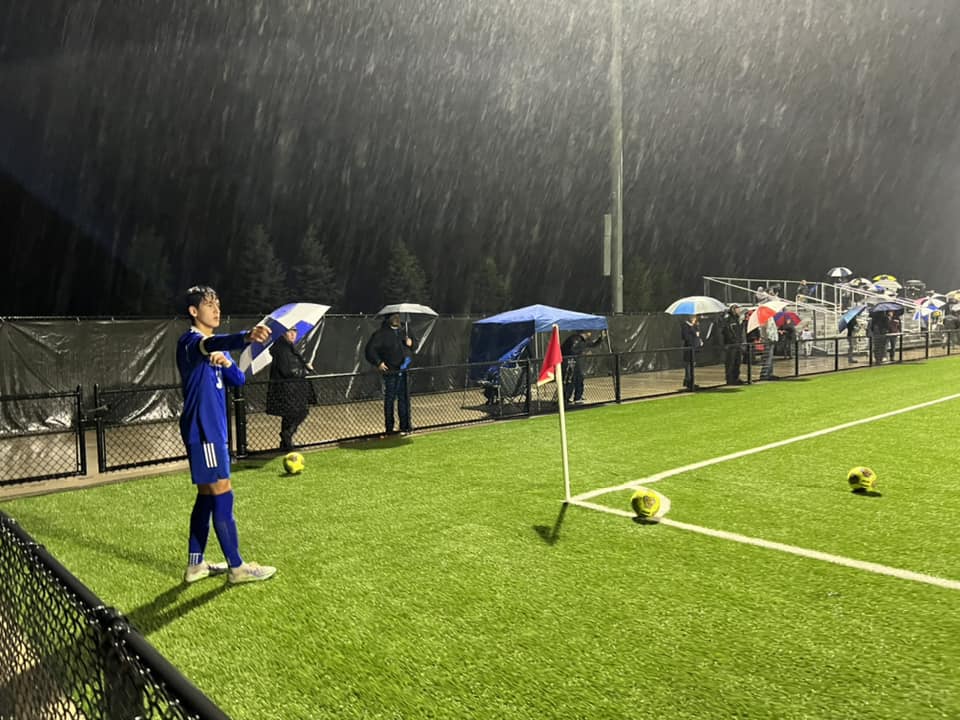 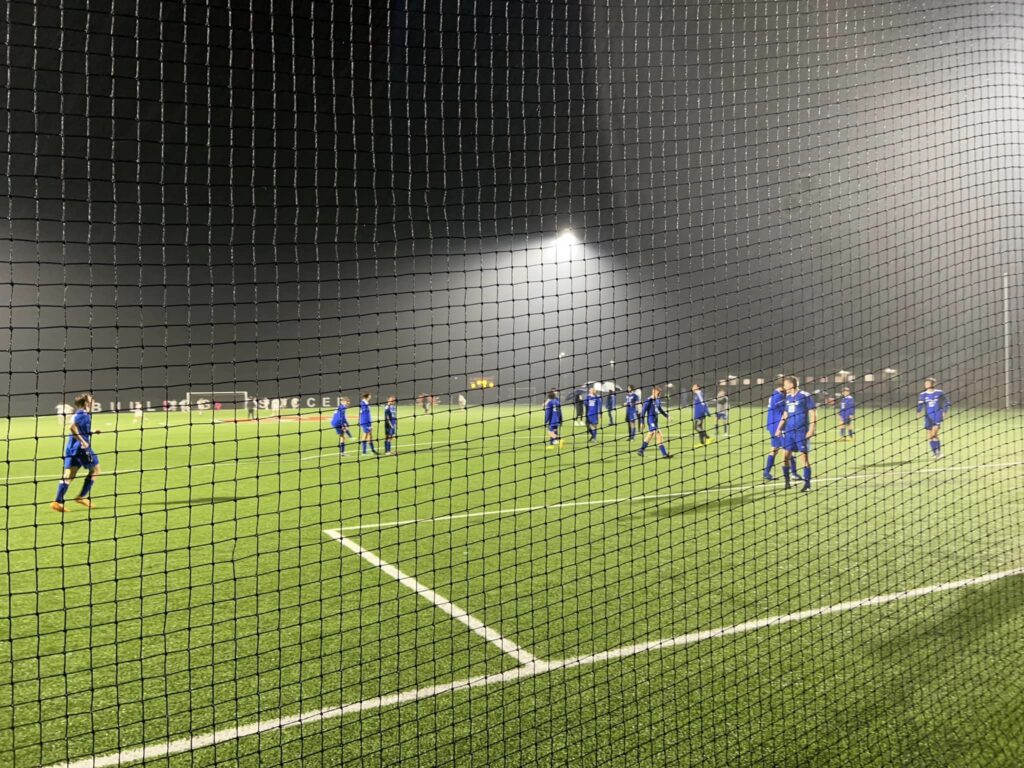 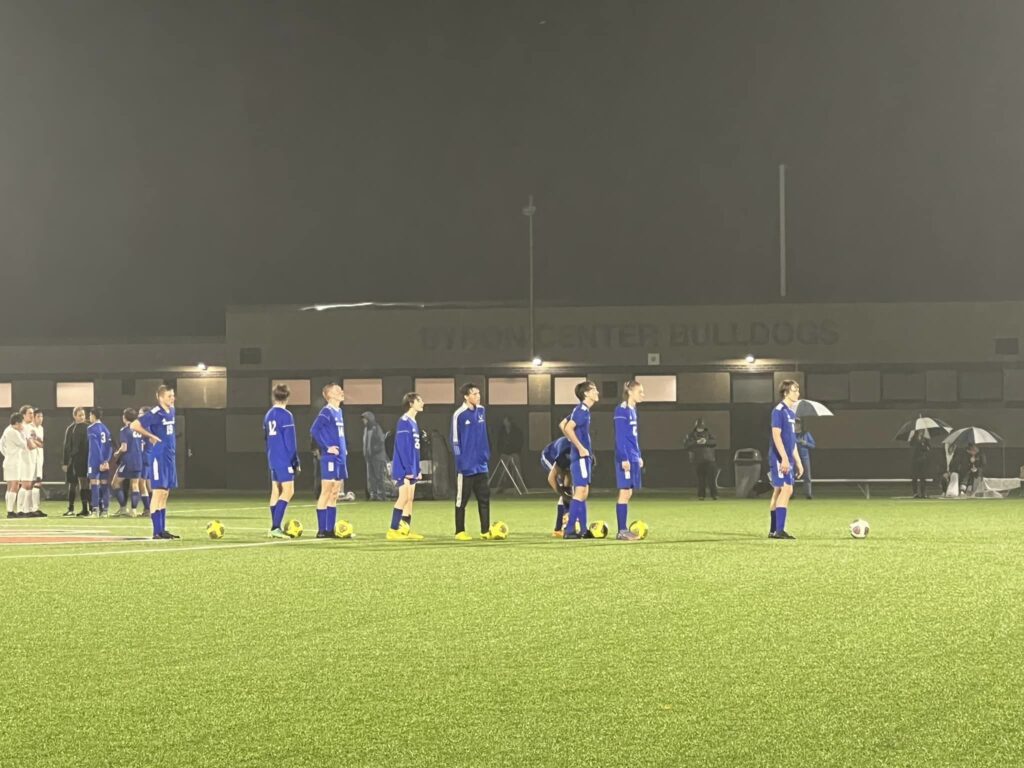 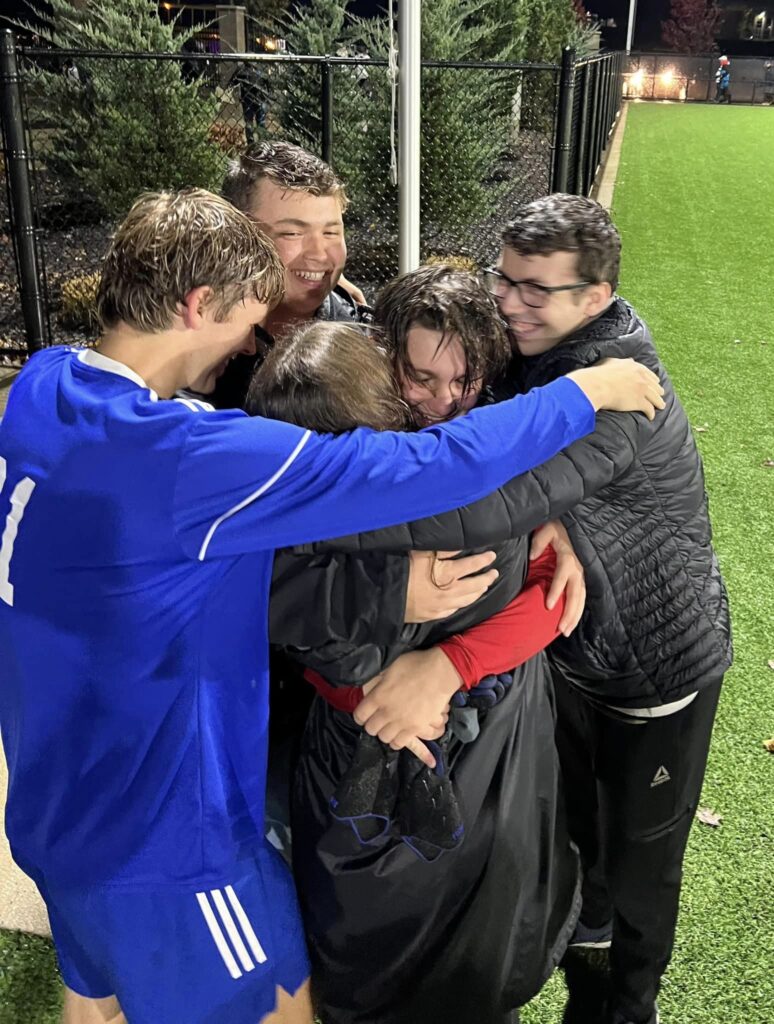 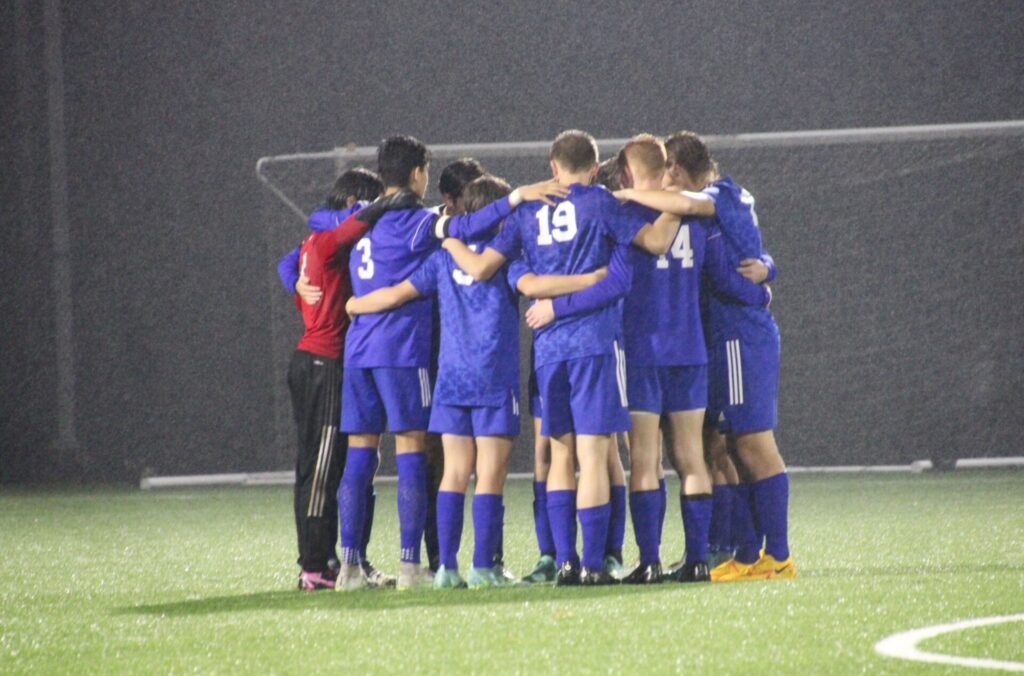 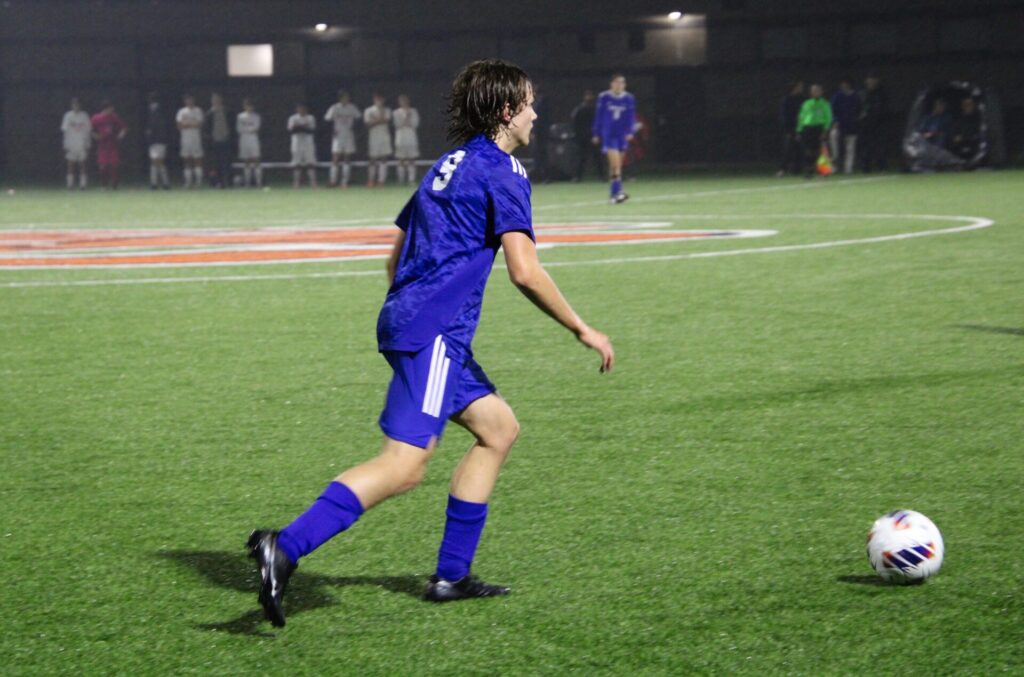