Emma Dyer the flyer: Well-rounded Montague senior has taken off in pursuit to be pilot

MONTAGUE – Few Michigan high school students can jet away to Florida for a long, midwinter weekend.

Emma Dyer did, but her recent trip was a little different than most: She was at the controls, literally flying the plane, in the Sunshine State.

The well-rounded Montague High School senior discovered her passion for flying in the last couple years during COVID-19 quarantine. In addition to soccer and basketball and playing flute in the band while sporting a 4.3 grade-point average, she finds time to log hours in the air.

One day, Dyer would like to become a commercial pilot. You’d have to say, the sky is the limit for this 17-year-old.

“I actually found out about flying on a YouTube video. It was in quarantine, I was sitting by the pool, and I was watching these flight attendants and I was like, ‘I’ve always loved traveling, going to airports,’ and I was like, ‘That would be so cool to get to experience all that and do that for a living,’” recalled Dyer, the eldest of Gabe and Jennifer Dyer’s three children.

“That’s when my mom told me, ‘I think you’d be a really good pilot.’ She was like, ‘Maybe we take our first discovery flight and see if you actually like it.’ The moment I sat in that plane, it was like, ‘This is what I want to do.’” 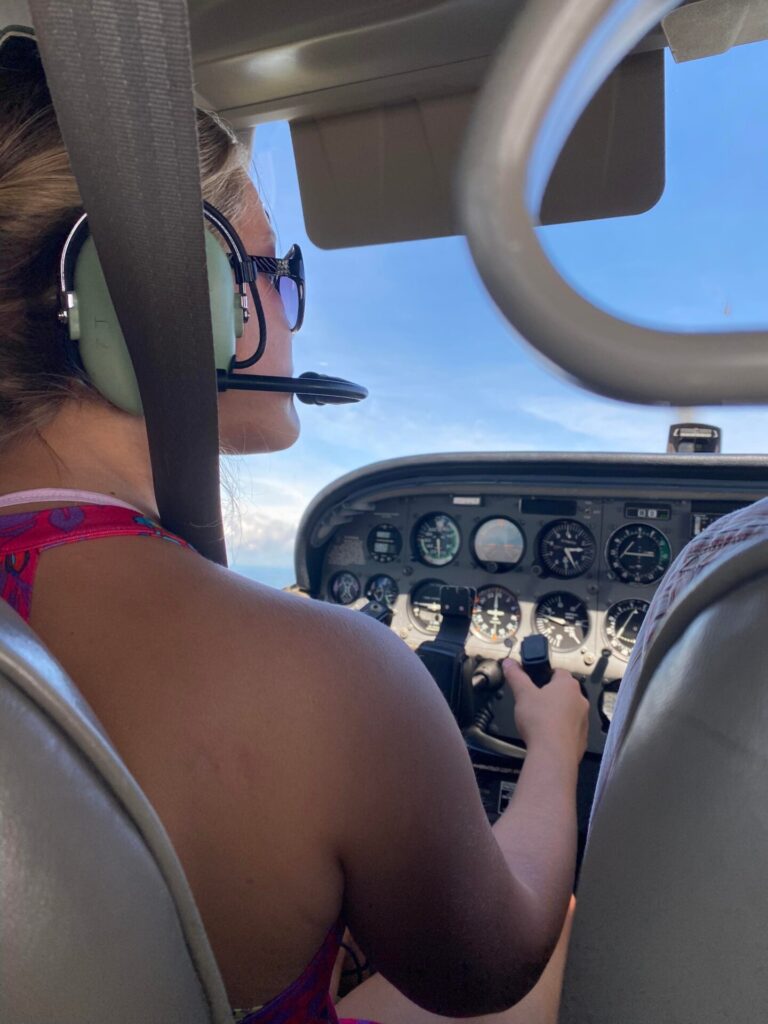 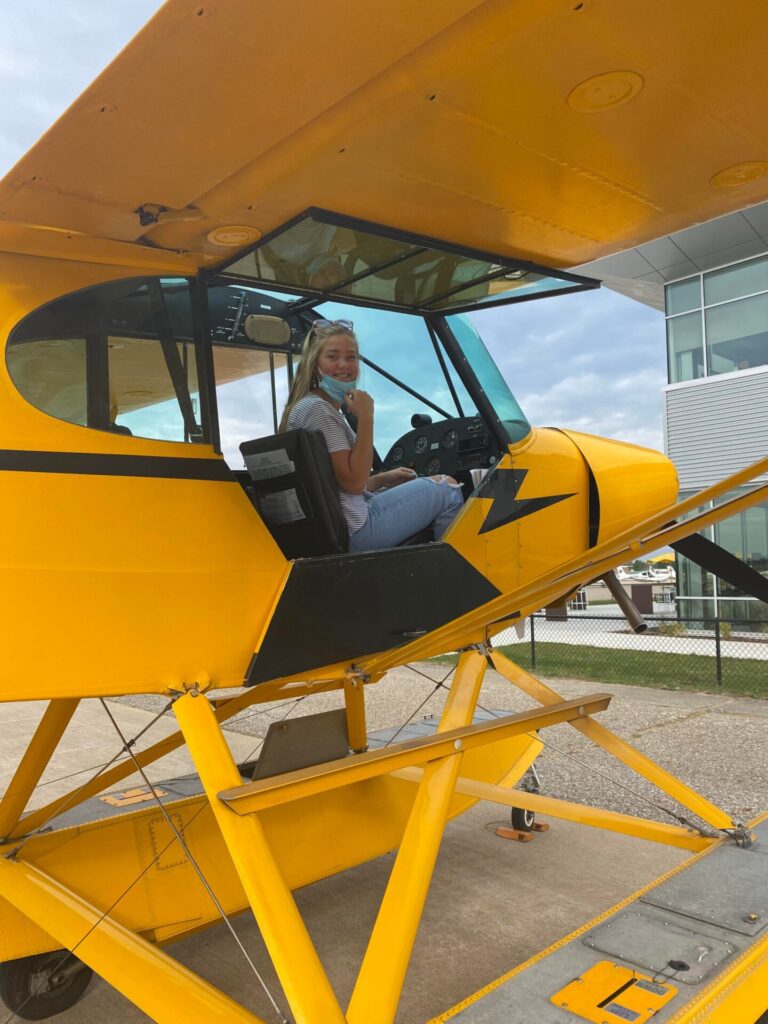 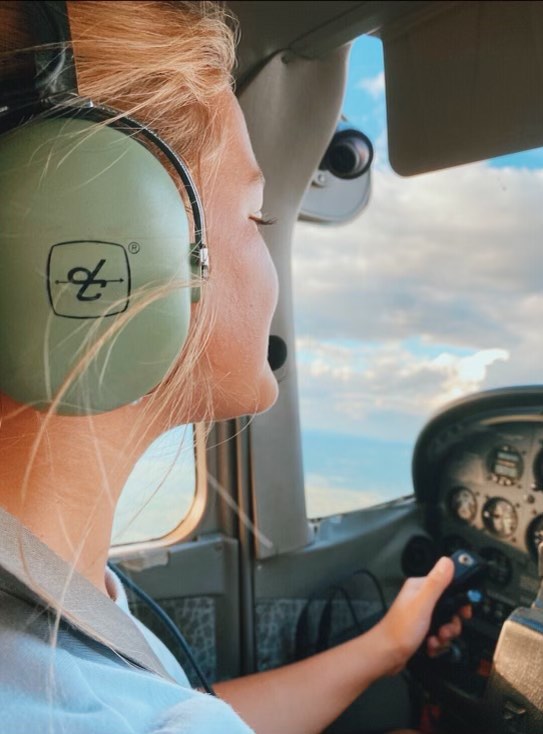 Courtesy of the Dyer family

Dyer is a key member of Montague’s 14-4 girls basketball team as a scrappy, 5-foot-4 guard, who plays aggressively on the court. Dyer loves basketball, but her favorite sport is soccer and she excels at the center back position. She also competed in track and volleyball in middle school, plus she gave wrestling a whirl although that was very short-lived.

Freshman sister Abby Dyer wrestles for Montague’s high school team. Emma said their family has a wrestling mat that they’ll roll out in their living room on occasion, much to her mom’s displeasure. Father Gabe Dyer was an all-state wrestler at Montague, who racked up more than 100 career wins.

Competitiveness and determination appear to be family traits.

“She brings intensity, she’s hard-working, very outgoing and passionate about not just herself but the team,” Montague girls basketball coach Nick Thaler said about Emma Dyer. “I think as we progress through the season, she’s taken on the role of being a leader for our girls. She speaks up and when she does speak up, everybody listens and that’s what you want out of a senior leader.”

Dyer is averaging six points, two assists, three rebounds and one steal per game for the Wildcats, who wrap up the regular season this week and enter district play next week.

“She’s very aggressive. Emma is a competitor,” Montague senior teammate and close friend Claire Meacham said. “She loves to get on the floor for balls, she loves to rile us up, and I think that helps motivate our team.” 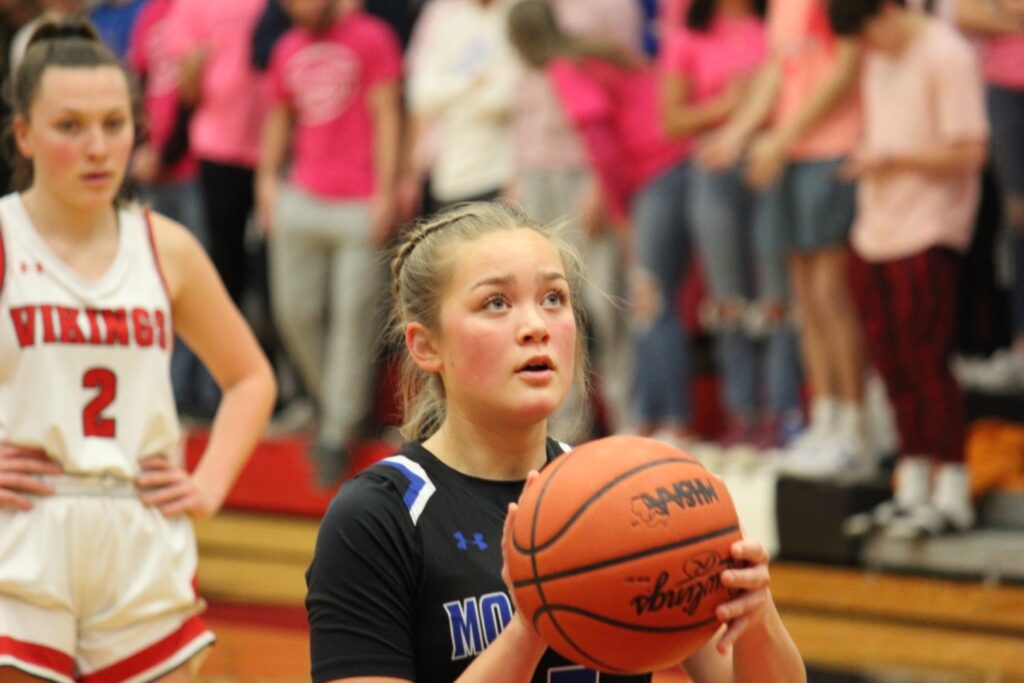 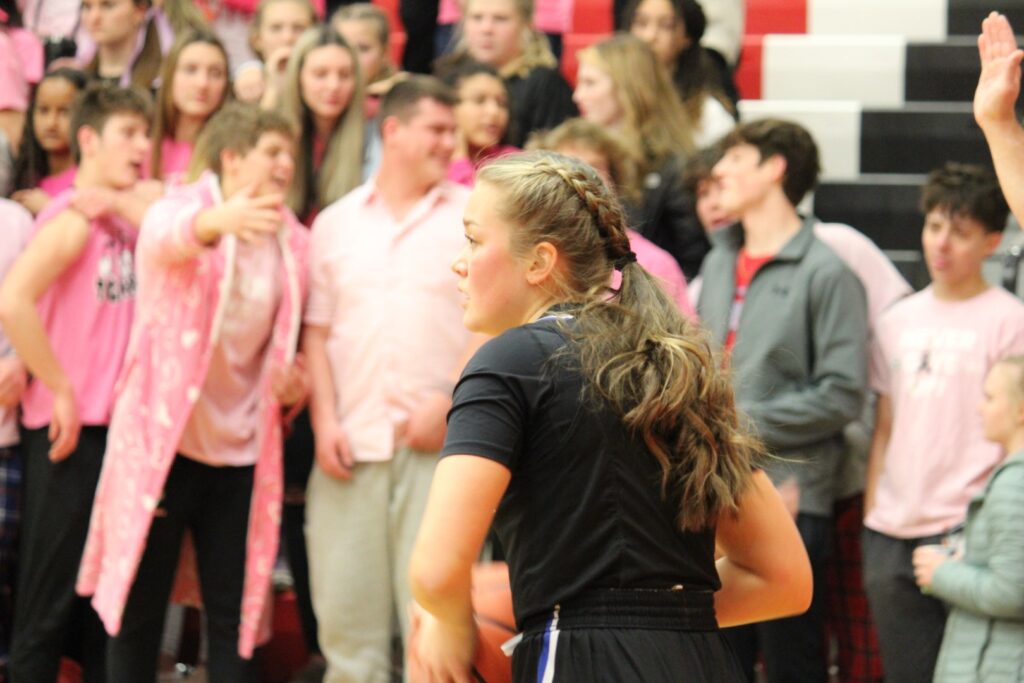 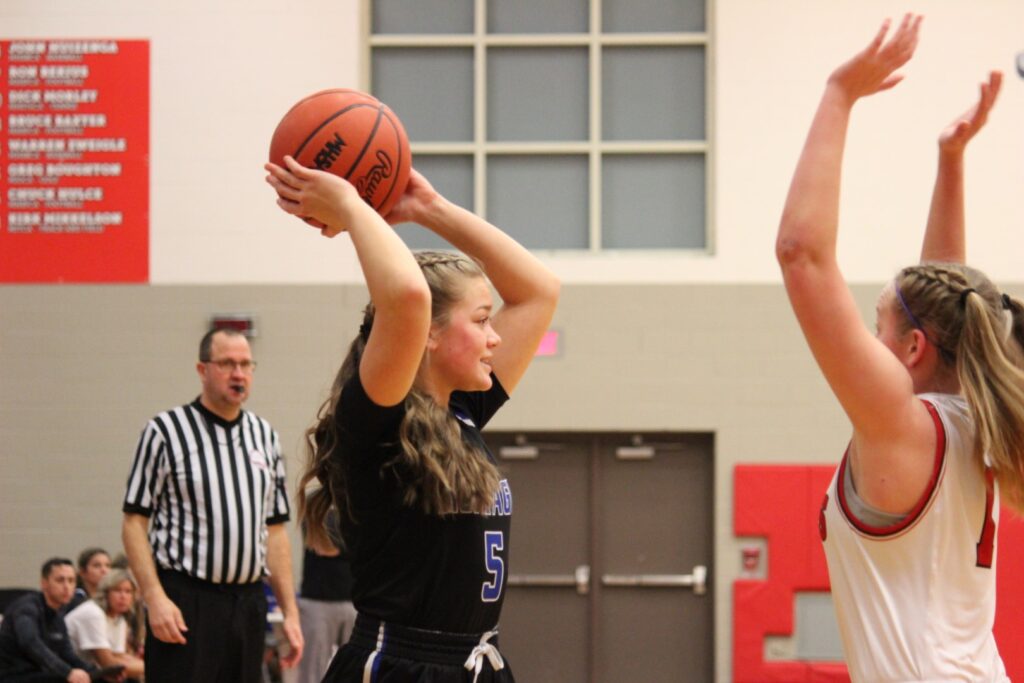 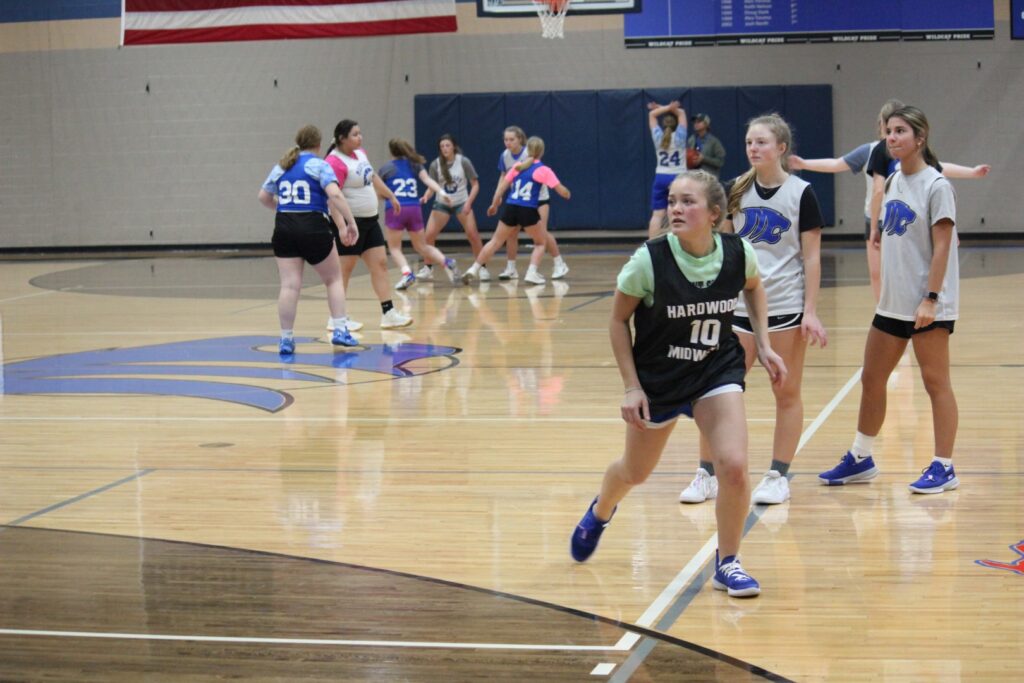 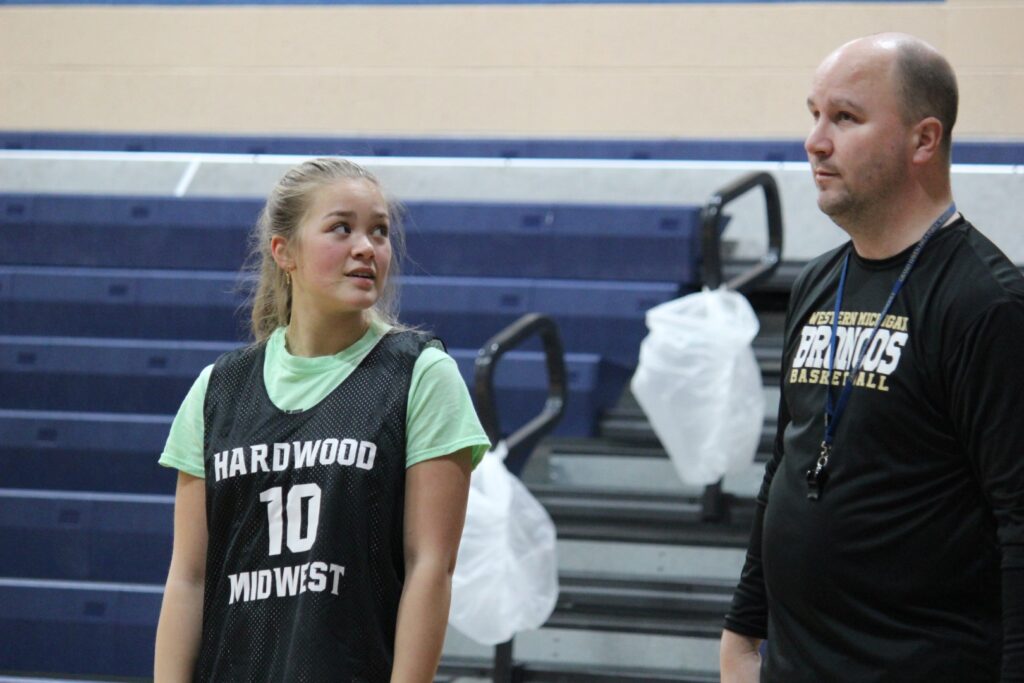 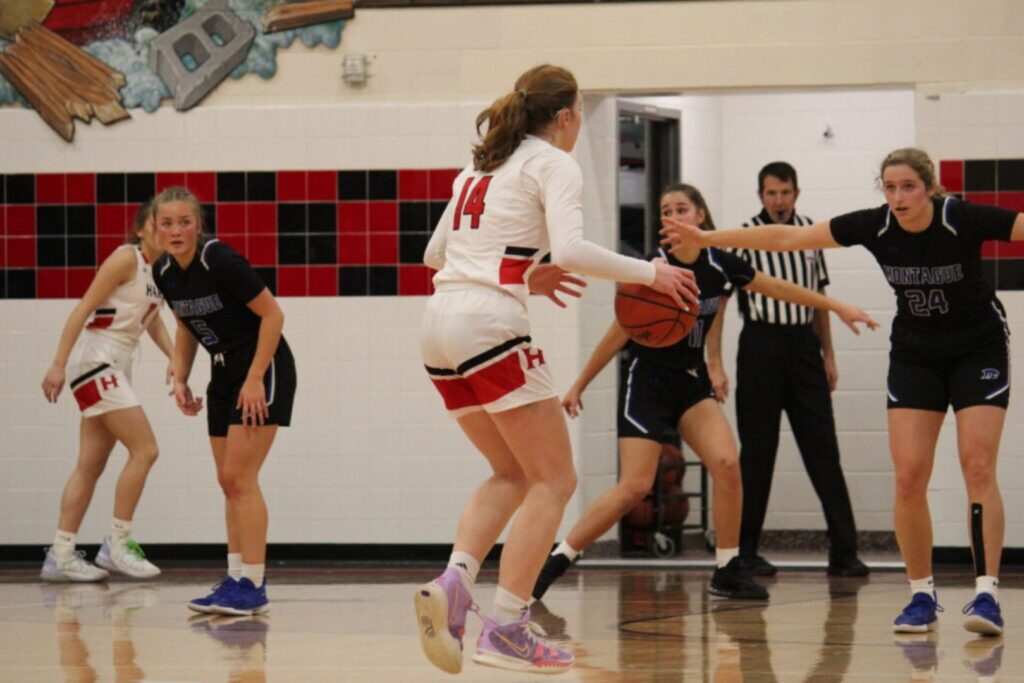 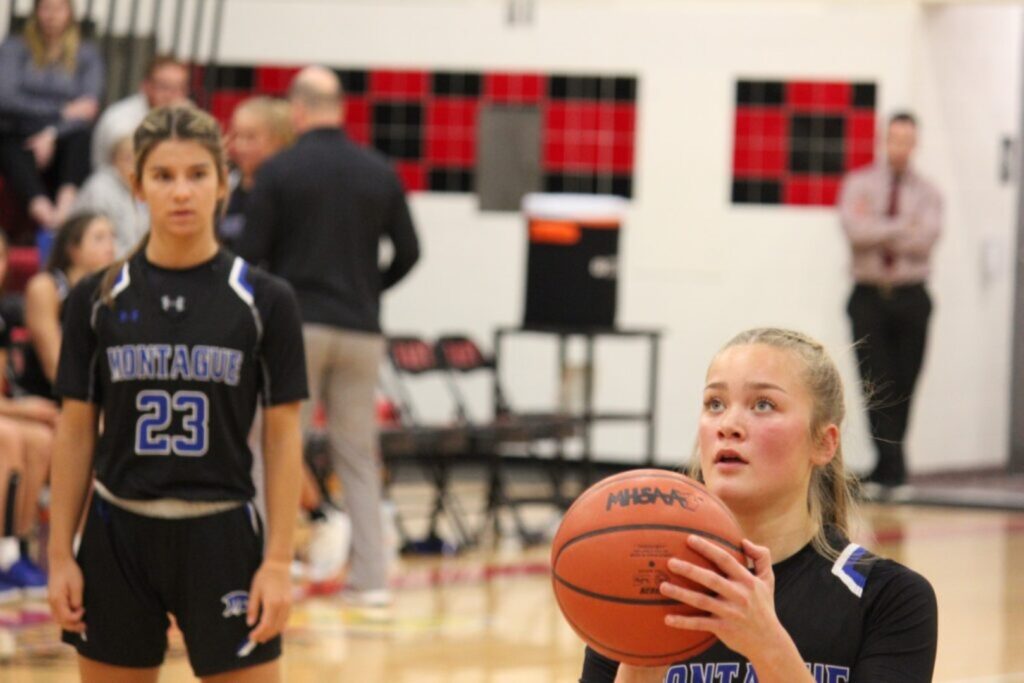 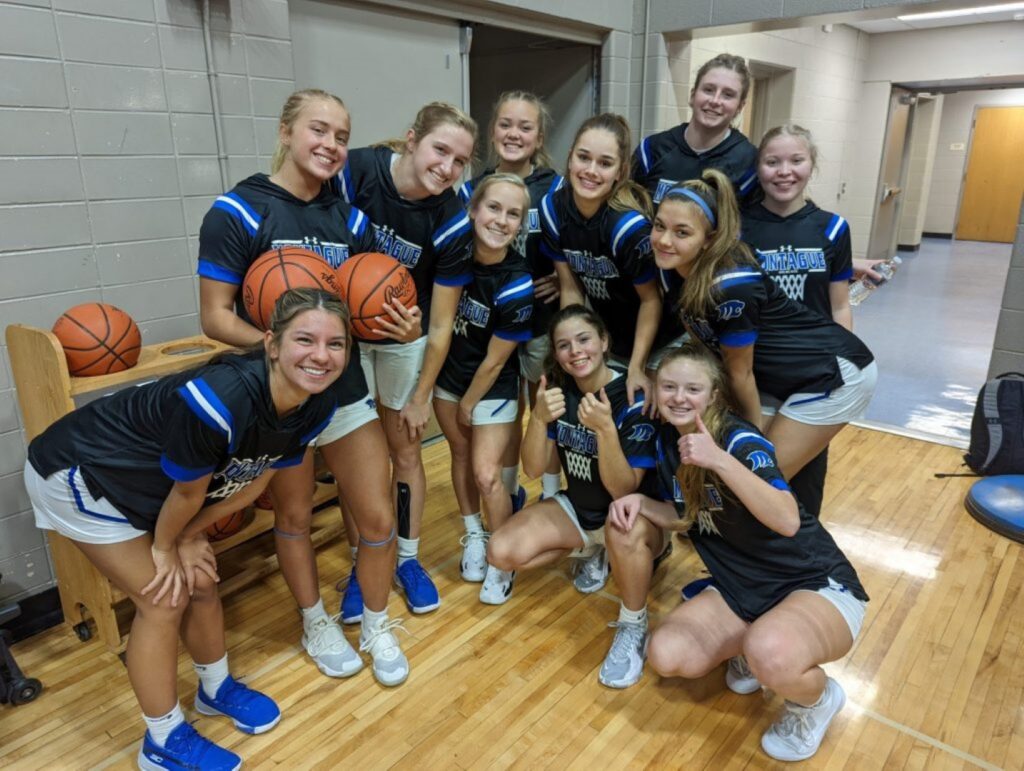 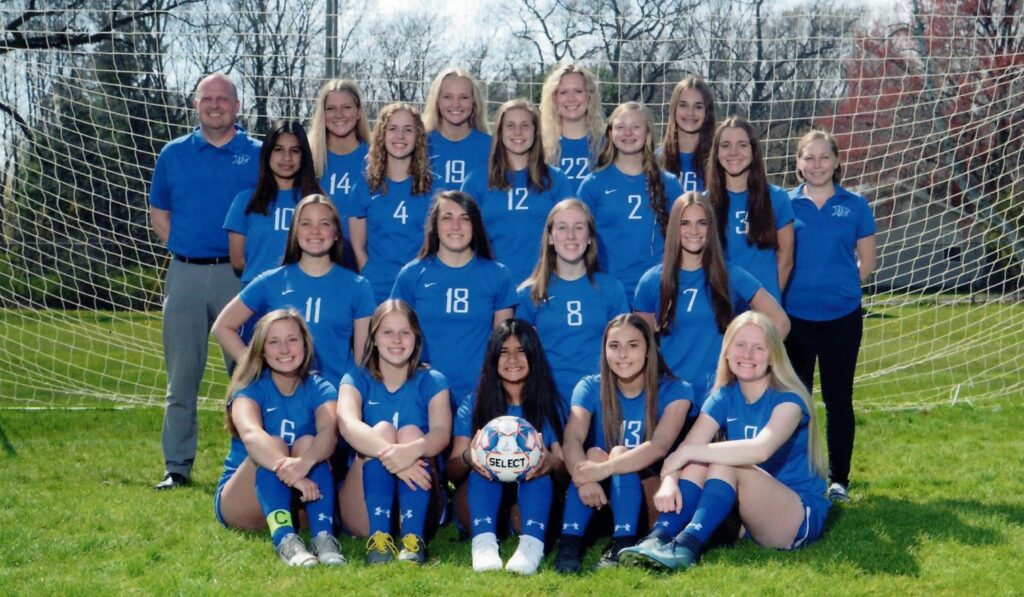 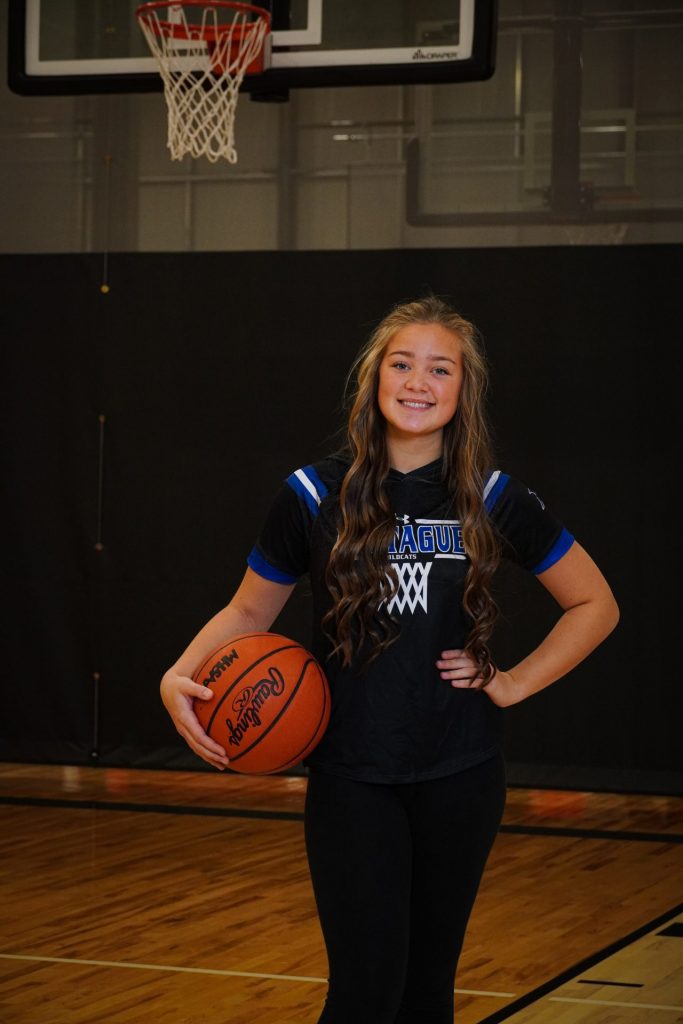 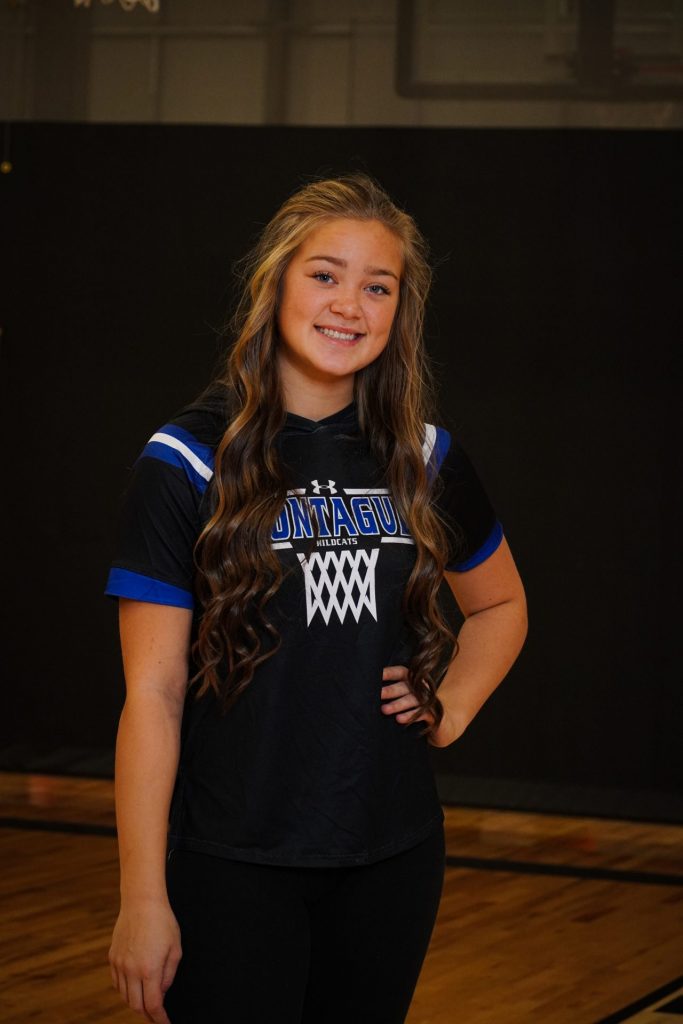 You might call Dyer fiery in the athletic arena, but when she’s flying, she’s at peace.

She has logged roughly 13 hours so far, as her busy schedule makes it difficult to carve out flight time. After all, flying is a fairly new concept for her.

Dyer grew up in Linden, near Flint, before her family moved to Montague when she was in third grade.

During quarantine, her Montague High School schedule was more flexible, so she would travel to her grandparents’ home in Howell, where she would fly out of Livingston County Spencer Jr. Hardy Airport.

Dyer started flying in a Diamond DA40 aircraft. She said Montague alumna Emma Olson, who also flies, has been a great mentor for her. Dyer and Olson have flown in a Piper Warrior.

During Dyer’s recent trip to Daytona Beach, Fla., she flew a Cessna. Some planes are nicer and more comfortable than others, she noted, but she’s not about to complain whenever she gets the chance to be airborne.

“We went to a smaller airport (near Daytona Beach), kind of on the coast, and this man took my mom and I up in a plane and he just let me fly around wherever we wanted,” Dyer said. “We got to fly by NASA, like on their airstrip – it was amazing.

“It’s very cool in Florida to look down and see everything because there’s a lot to look at for sure. That’s one of my favorite things about flying is the view.”

Dyer explored Embry-Riddle Aeronautical University in Daytona Beach, but she does not think she’ll end up there. She’s still mulling her college options, but she is determined to fly for an airline.

The fact that Dyer dreams big inspires her peers.

“It just tells us, ‘We can all dream big,’” Montague senior Maddie Meacham said.

Added Claire Meacham: “She always jokes with us, ‘I’m going to fly you guys places, I’ll take us on vacation.’ I know she has big dreams, but she can fulfill those goals. I’m just proud of her.”

Dyer is grateful for her opportunities. She said living in Montague has been “amazing,” and she’s loved all the coaches, people and experiences she’s had. All of it has driven her to strive for lofty goals.

It’s a big world out there and Dyer wants to experience it. When she began pursuing her passion for flying, she went about it in a bold manner.

“Having my very first flight, my instructor took me up, we did a stall and then we nosedived towards the ground and started pulling G’s and it was, like, one of the craziest things ever but I just had the biggest smile on my face,” Dyer said. “I’ve never really been afraid, just excited.”