‘Hot Seat:’ Cousins on Ravenna’s baseball team are always competing — even in fishing

Thomas McCullough and Travis May are senior leaders for the Bulldogs.

RAVENNA — As cousins on Ravenna’s baseball team, Travis May and Thomas McCullough are each other’s biggest supporters and harshest critics. They’re very competitive, including amongst each other.

You can probably imagine how it might go when the Bulldogs seniors were paired together, and pitted against each other, on the CatchMark SportsNet “Hot Seat.”

Following a West Michigan Conference sweep of visiting Mason County Central on Thursday, with temperatures dipping to the low- to mid-40s and winds whipping, CSN’s Scott DeCamp cranked up the heat on May and McCullough in the weekly series that poses fun, rapid-fire questions in a video format.

Watch the interview at the top of this story. 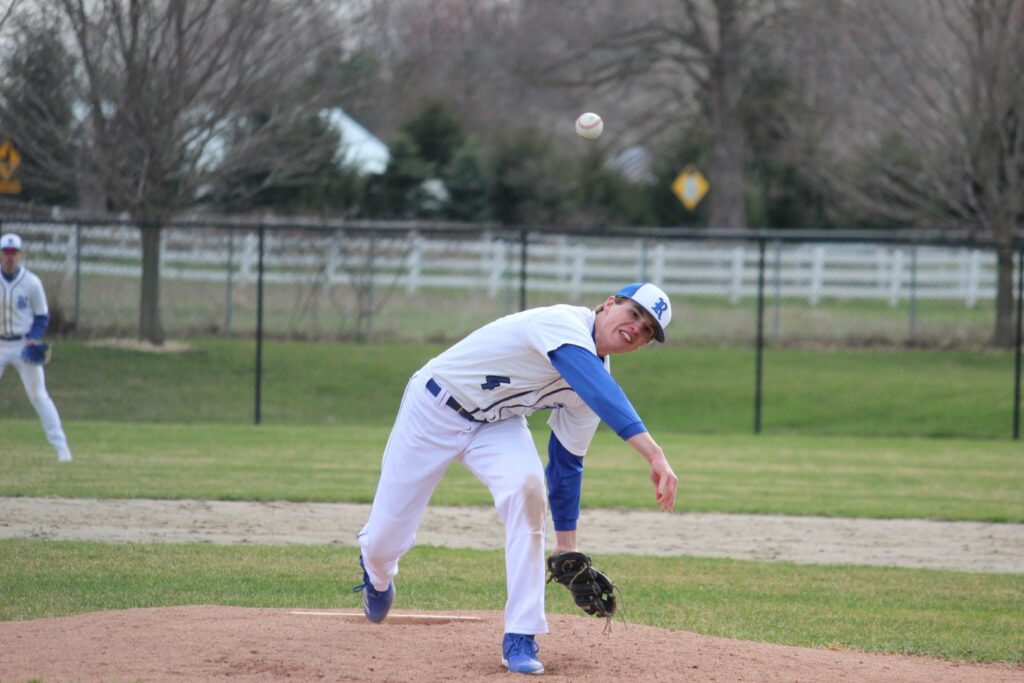 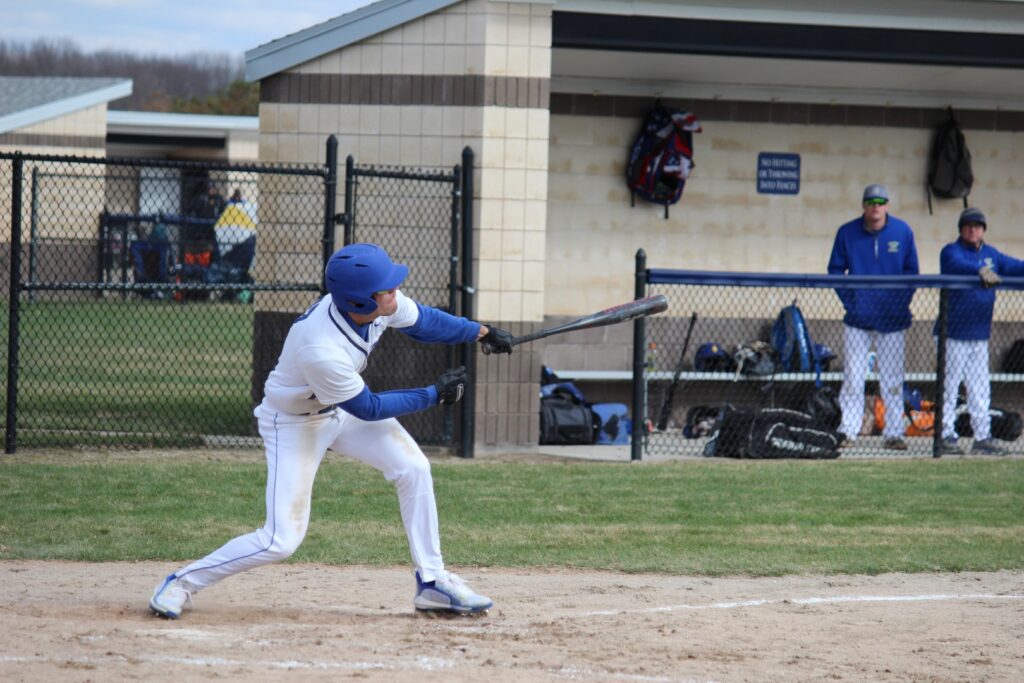 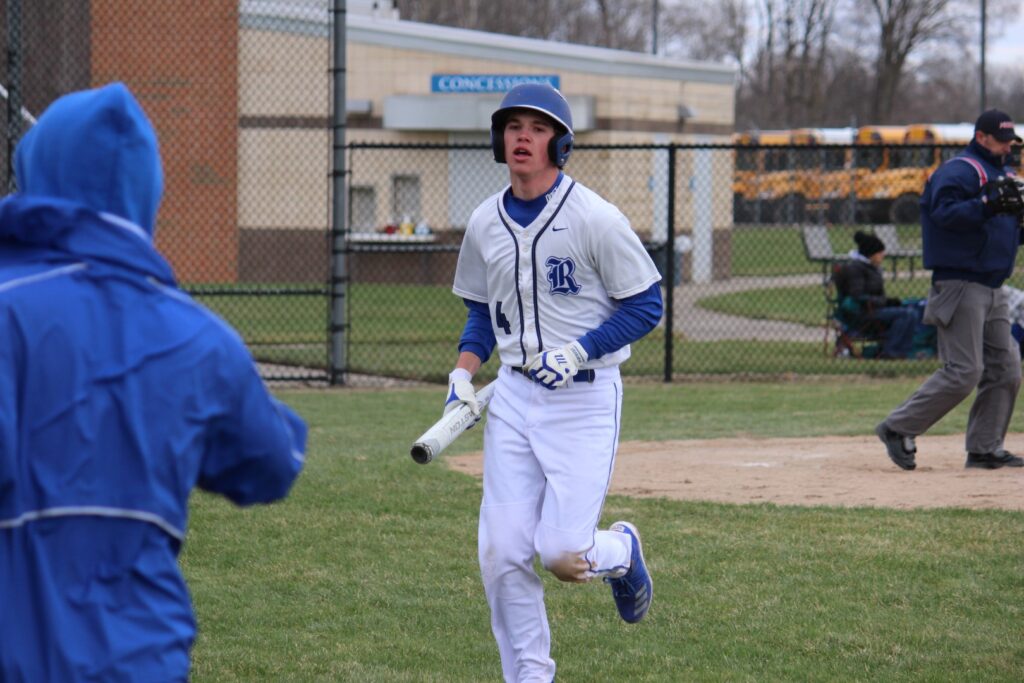 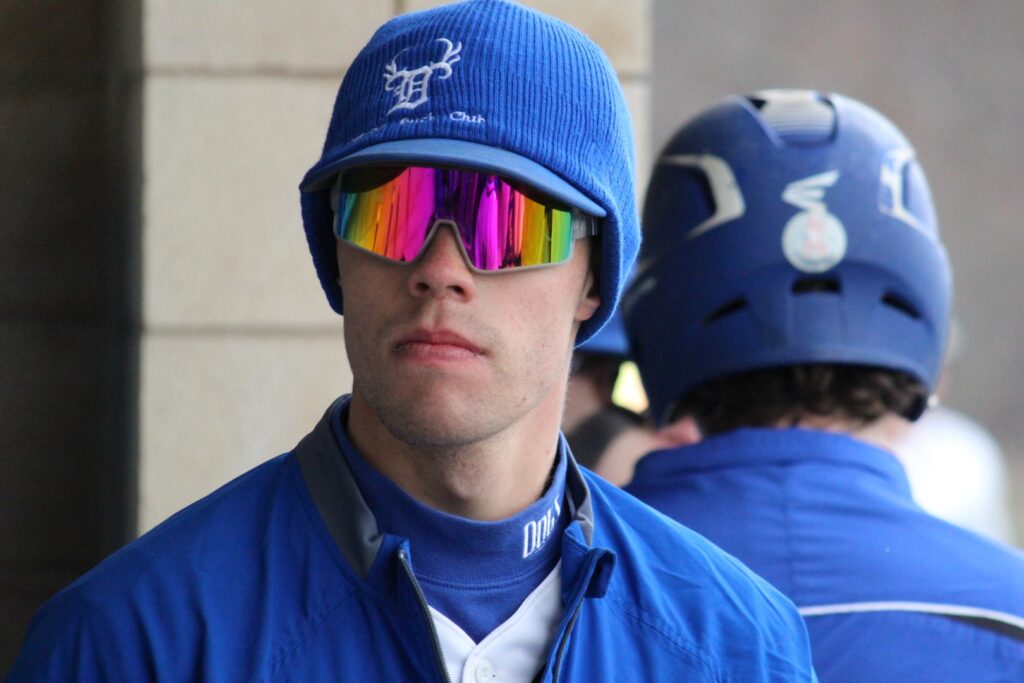 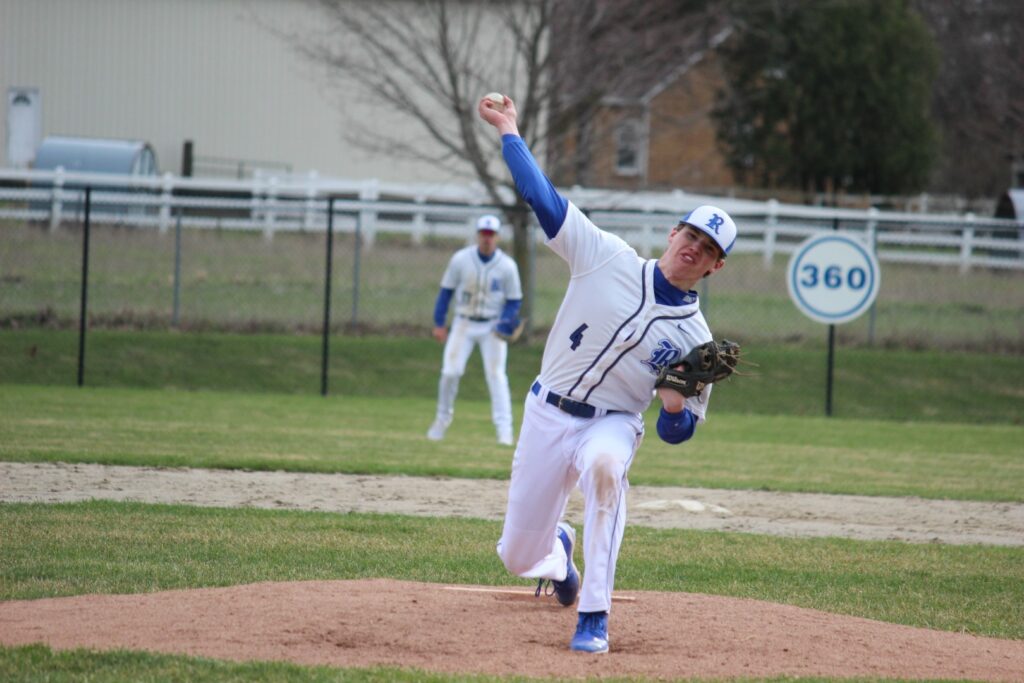 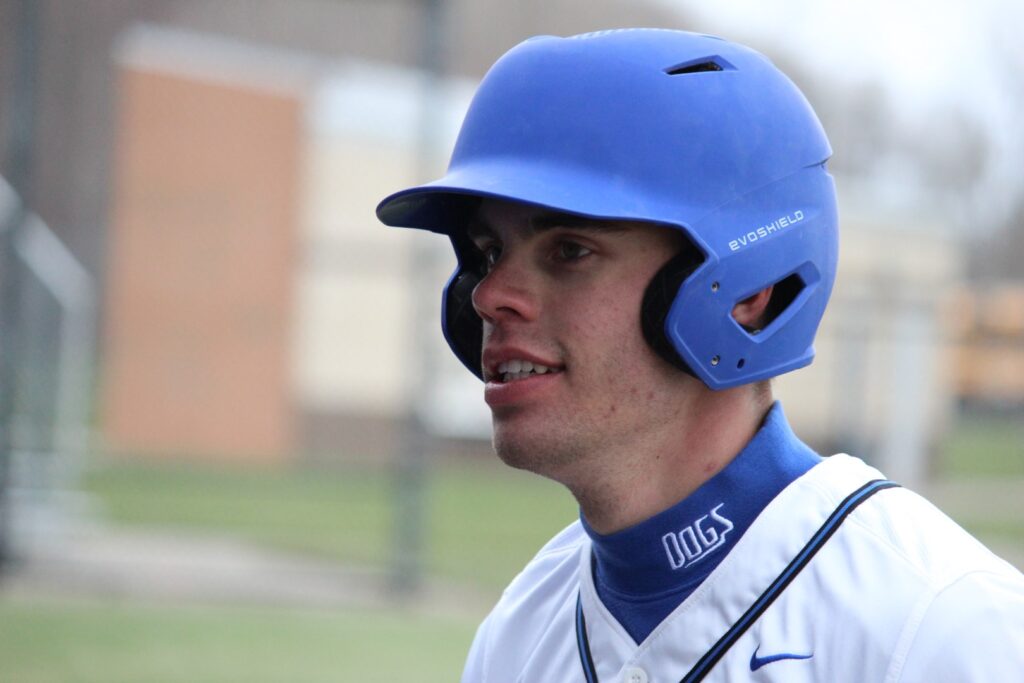 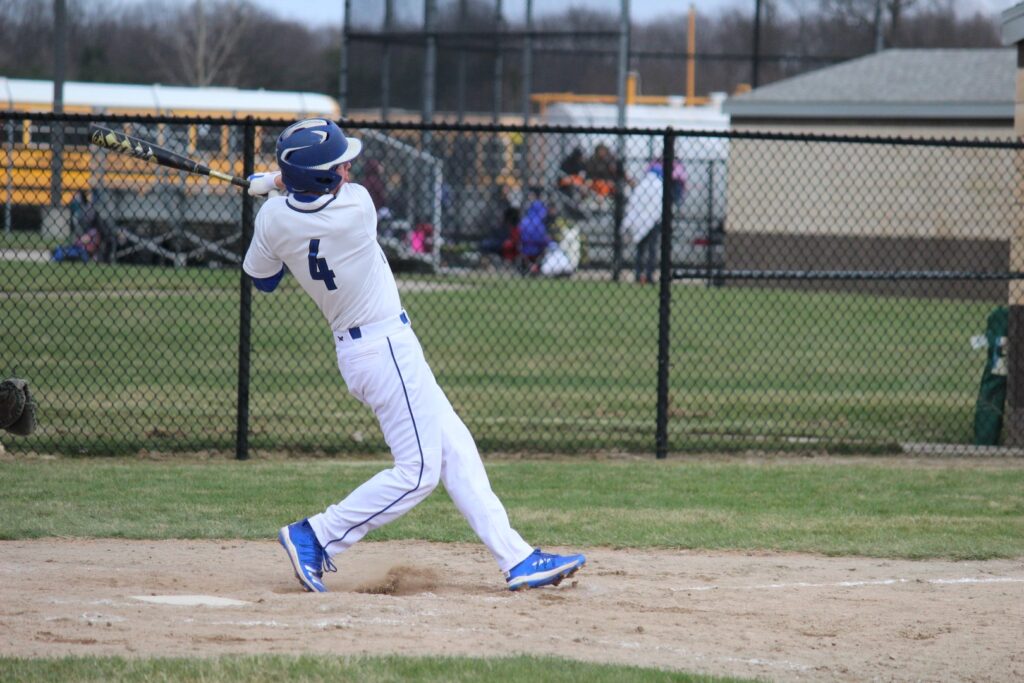 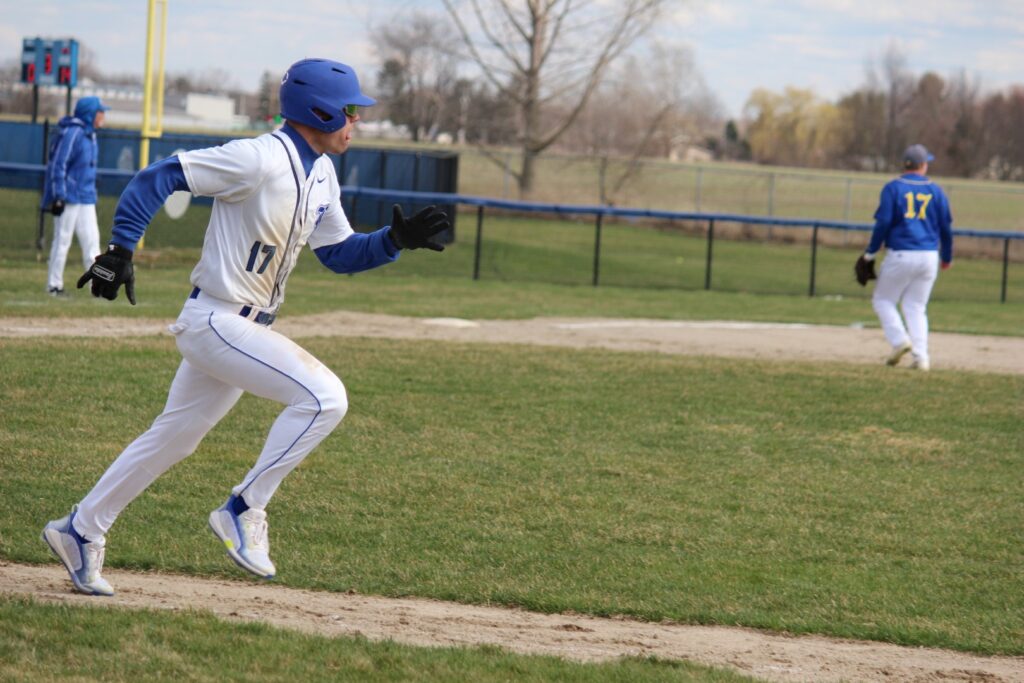 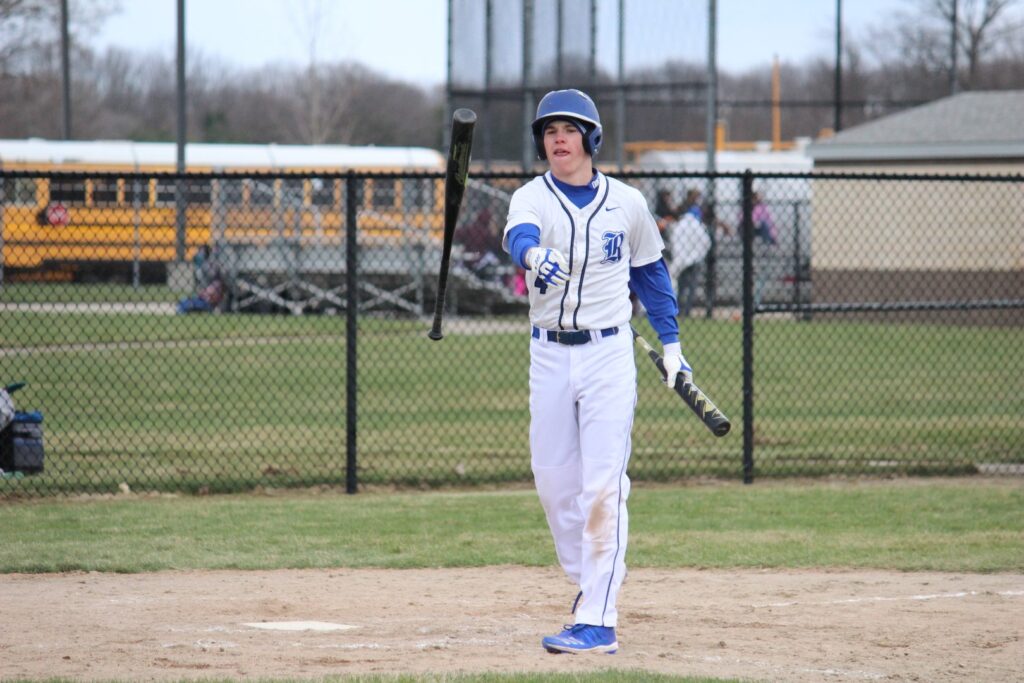 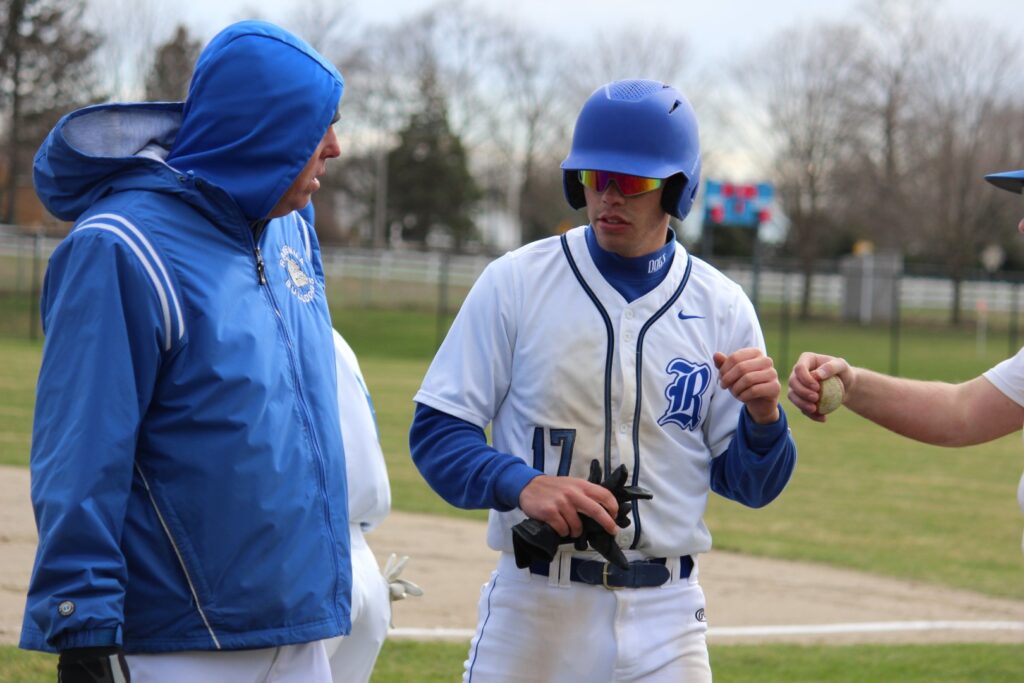 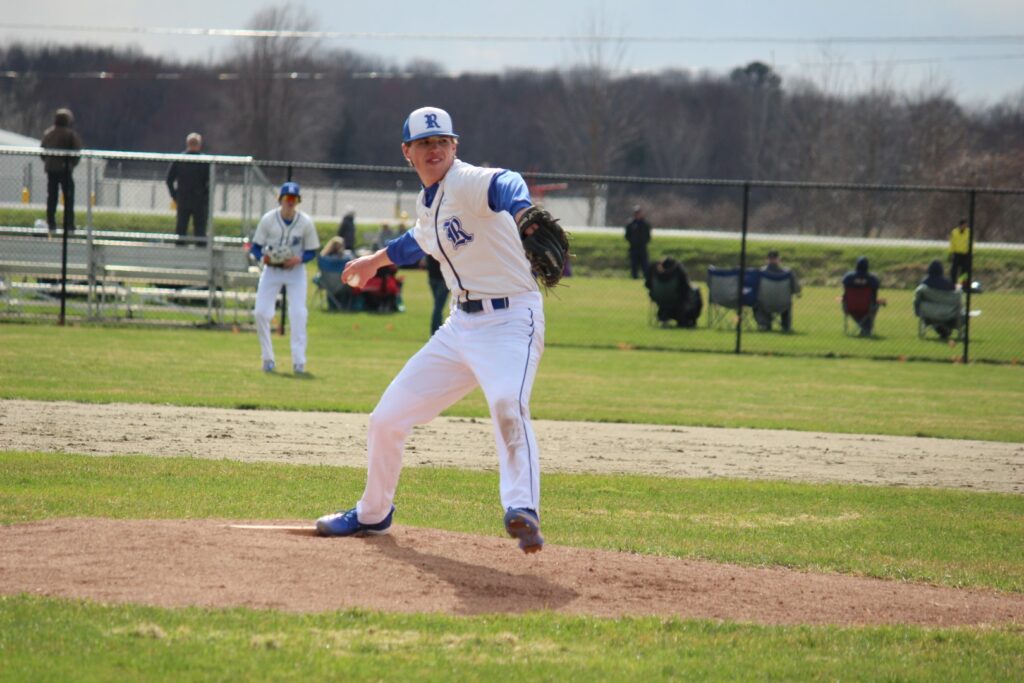 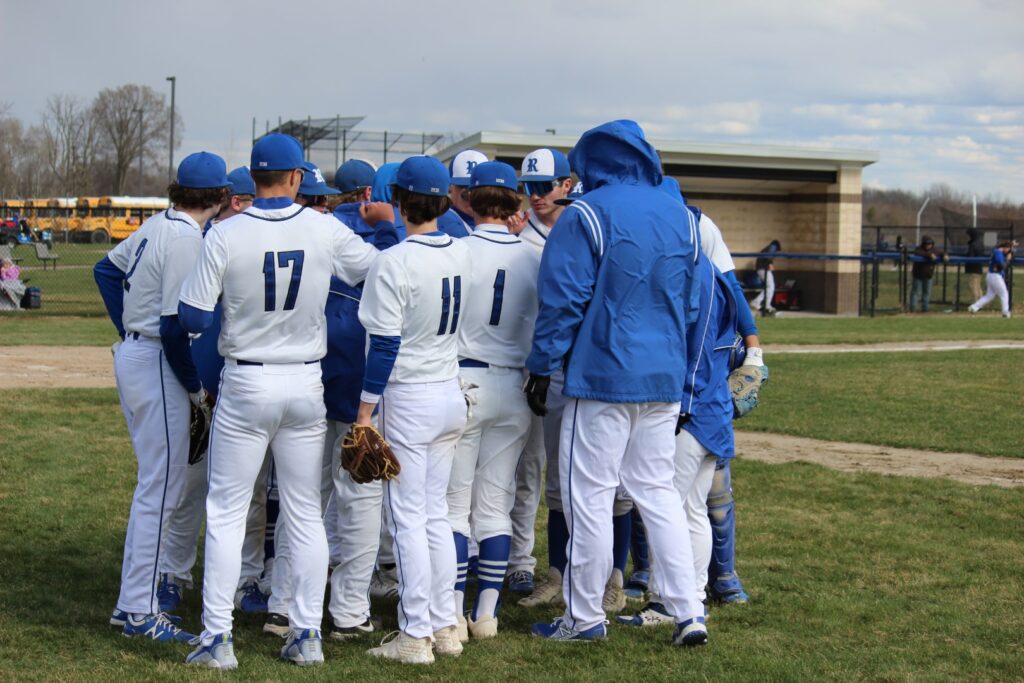 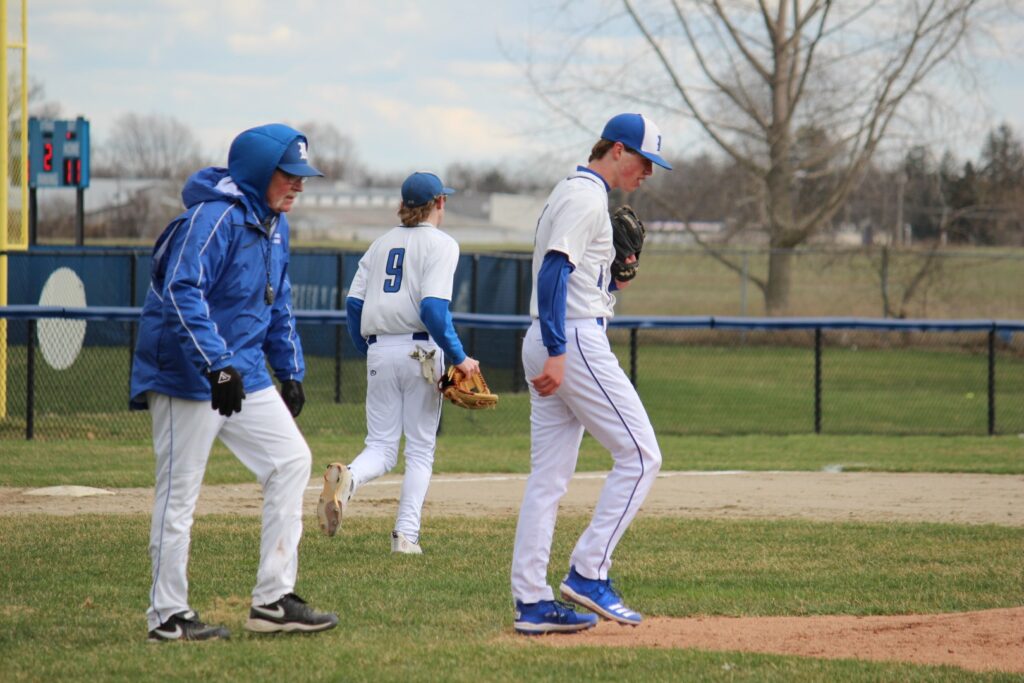 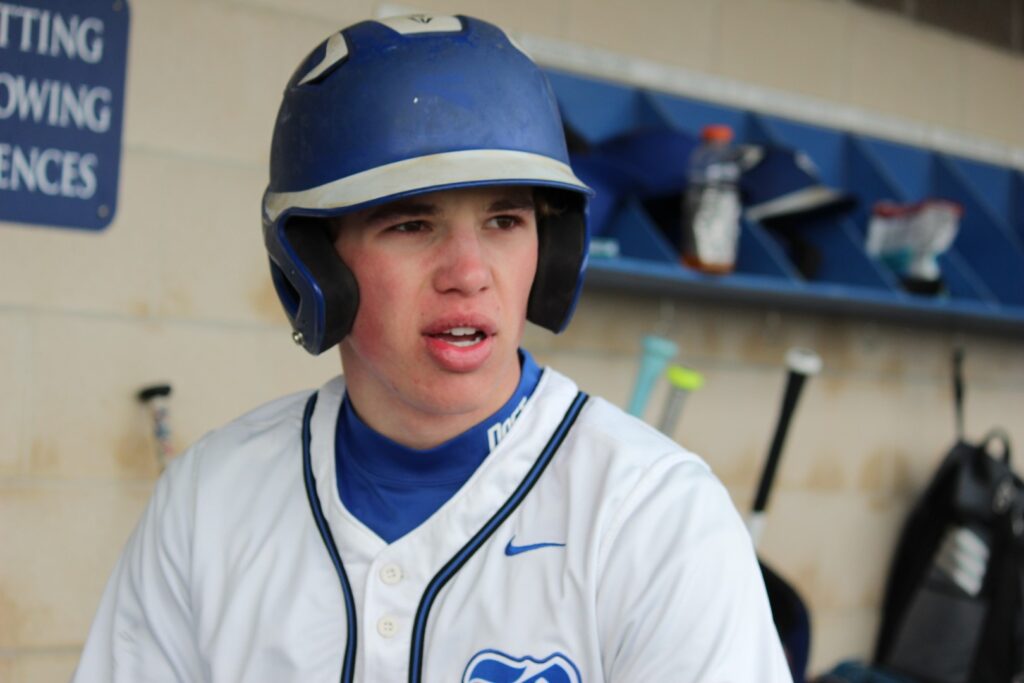 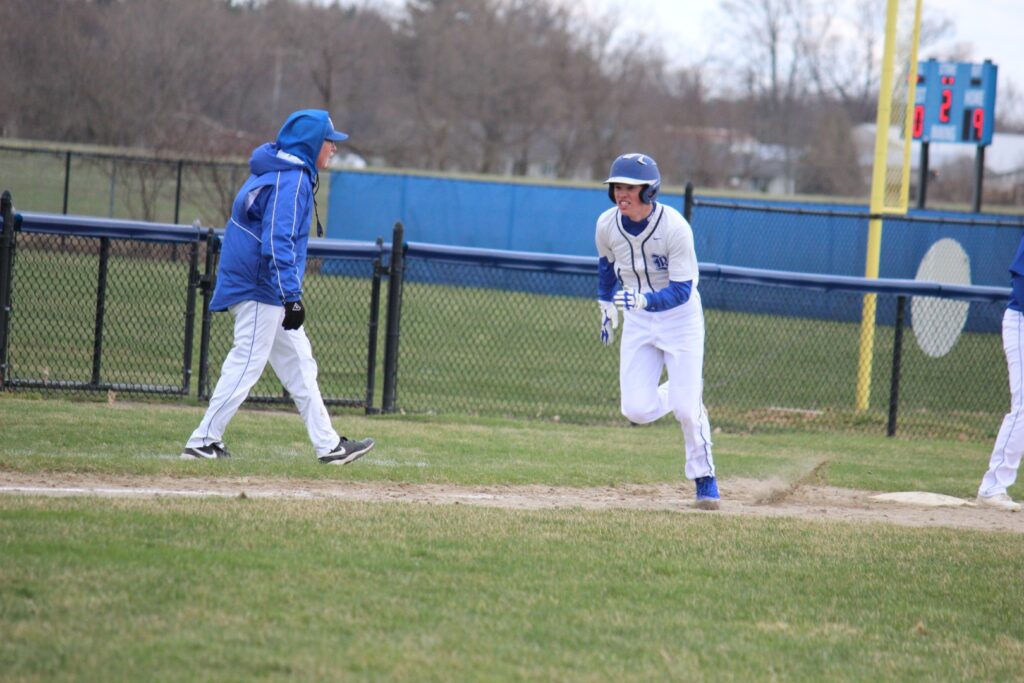 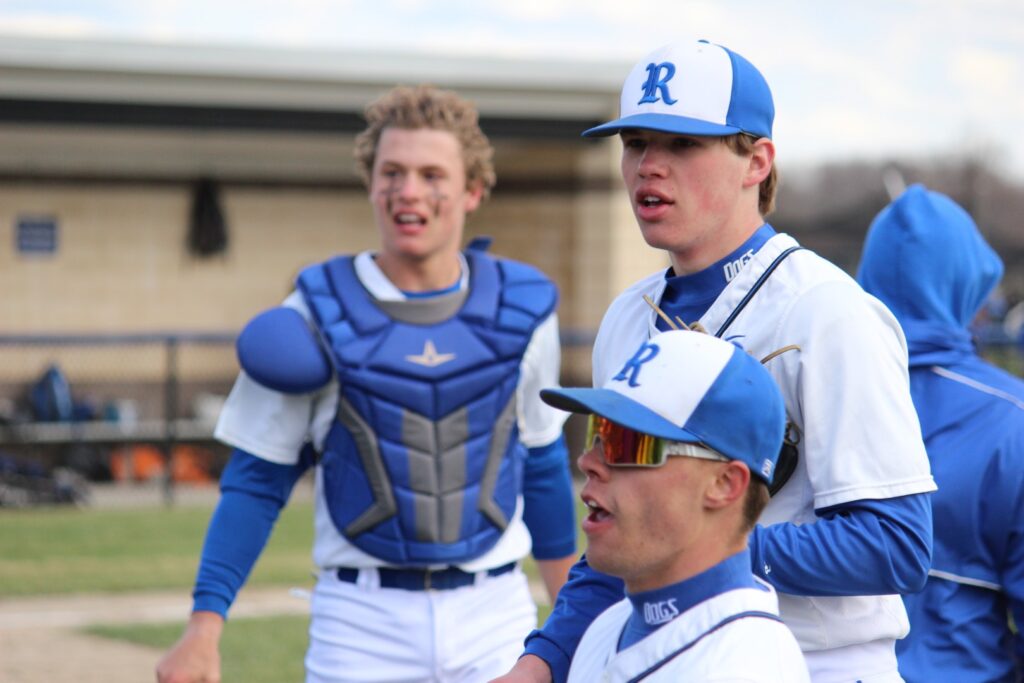 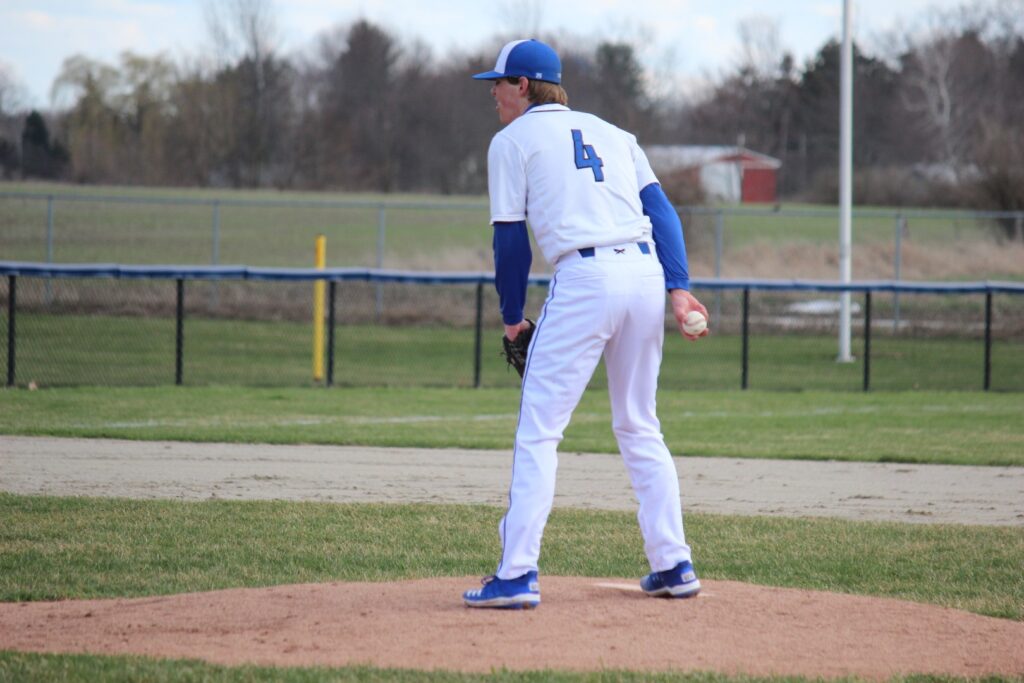 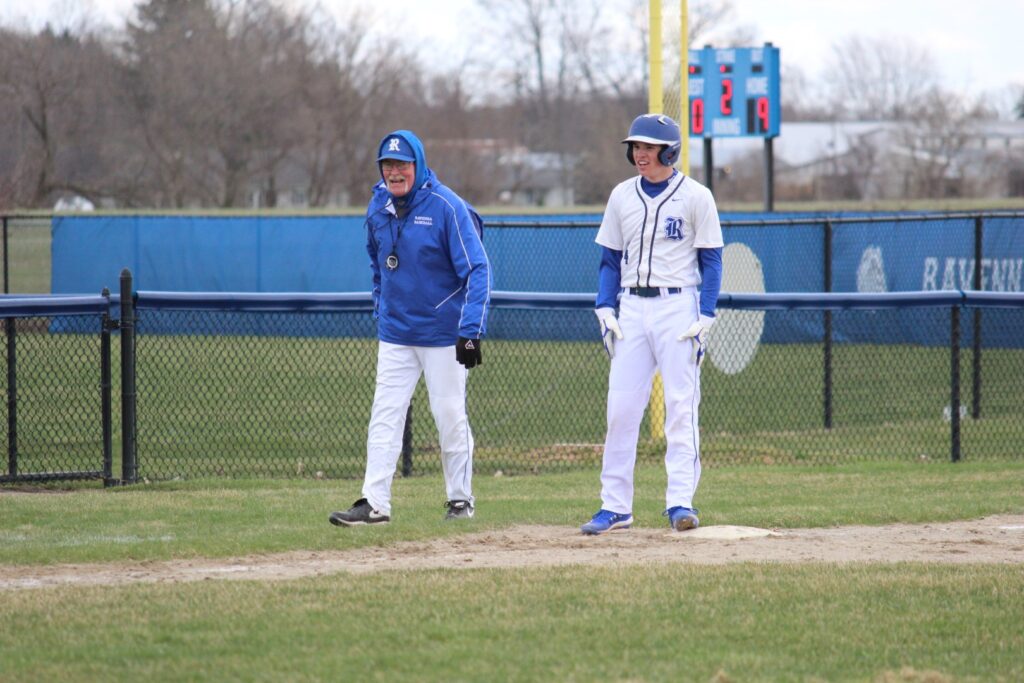 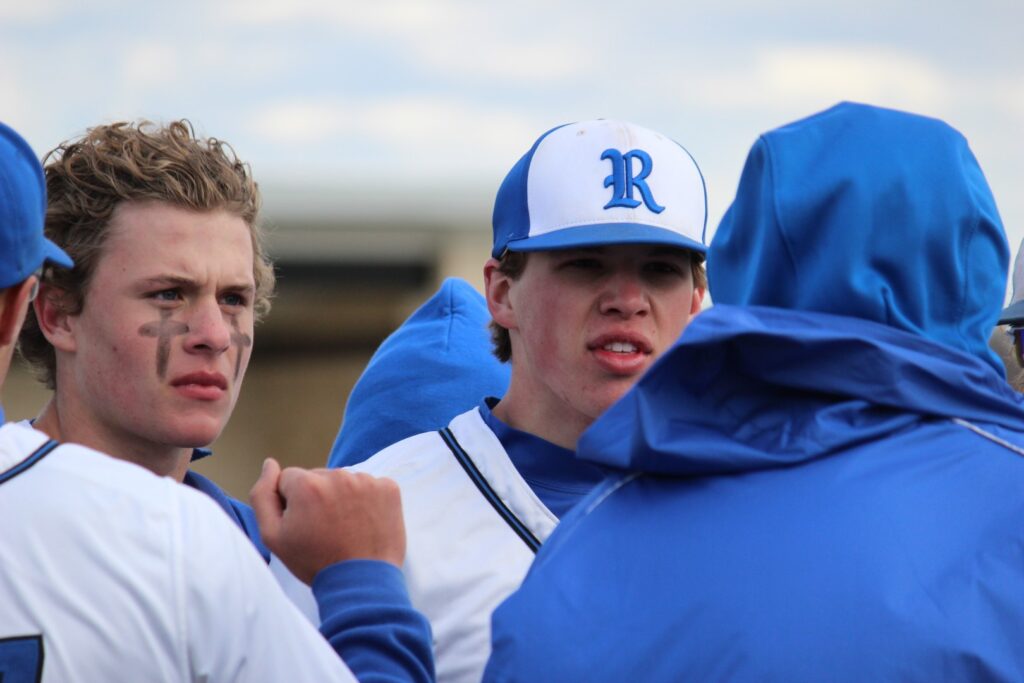 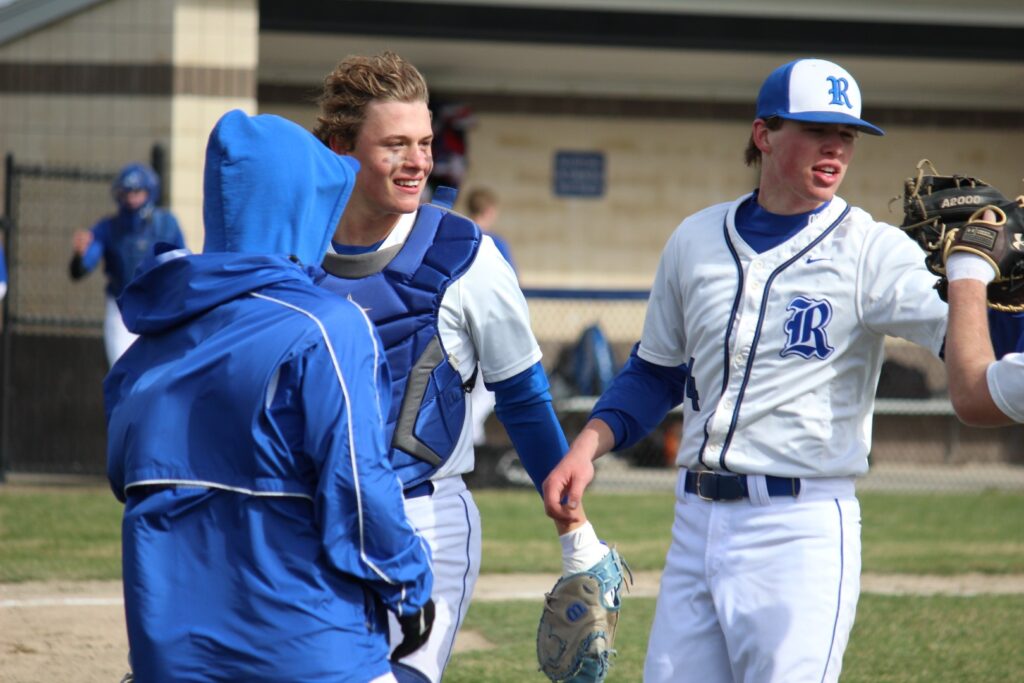 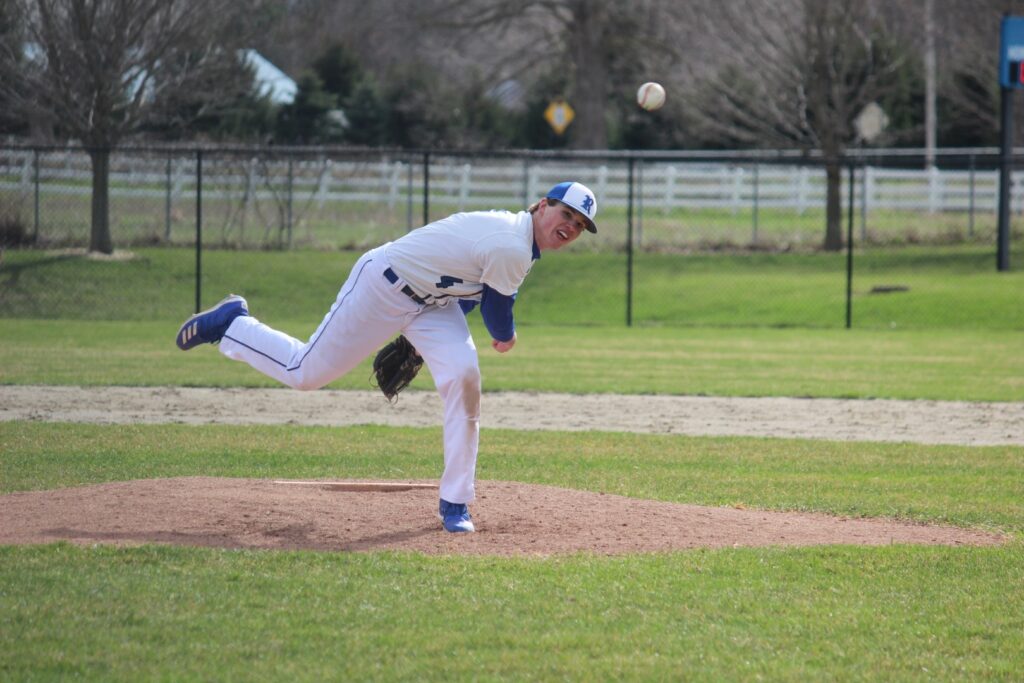 May is a senior pitcher and third baseman, and he bats third in Ravenna’s lineup. The right-hander fired a one-hit shutout against Mason County Central in a 4-0 Game 1 victory Thursday. In his previous outing, he tossed a no-hitter against Holton. May has totaled 18 strikeouts in his two complete games.

May gets it done at the plate, too. Prior to Thursday’s doubleheader, he was hitting .545 with an on-base percentage of .586.

Last season, May was an all-conference and all-district performer, who hit .420 with a .532 on-base percentage. He also was a key player for the Bulldogs’ basketball team.

McCullough, who has signed to play football at Dordt College, was a Division 3 all-state honorable mention outfielder last baseball season. The leadoff man batted .406 with 41 hits and 39 runs scored, plus he broke Ravenna’s stolen-bases record with 44 swipes.

McCullough also was all-league, all-district and all-region in 2021.

Entering Thursday, the athletic center fielder was batting .417 with an on-base percentage of .500 and he was 6-of-6 in stolen-base attempts.

As a team, Ravenna is off to a solid start at 4-2 overall and 2-0 in the West Michigan Conference.

MORE FROM THE HOT SEAT: