The 5-foot-9, 140-pound speedster returned the opening kickoff 86 yards for a touchdown in jump-starting Manistee to a 54-6 season-opening victory over visiting Holton in the North Grove Brewers West Michigan Conference Game of the Week Friday night at Chippewa Field.

Miles added a 34-yard scoring run moments later as the Chippewas had their way with the inexperienced Red Devils, who a few weeks ago weren’t even sure if they’d field a varsity football team this season because of low participation numbers over the summer.

Manistee and Holton are both newcomers to the West Michigan Conference. The Chippewas are competing in the Lakes Division, while the Red Devils are in the Rivers Division.

At the top of this story is CatchMark SportsNet’s livestream of the game, complete with broadcasters, multiple camera angles and graphics. Below are a photo gallery, more details from the game and a reaction video: 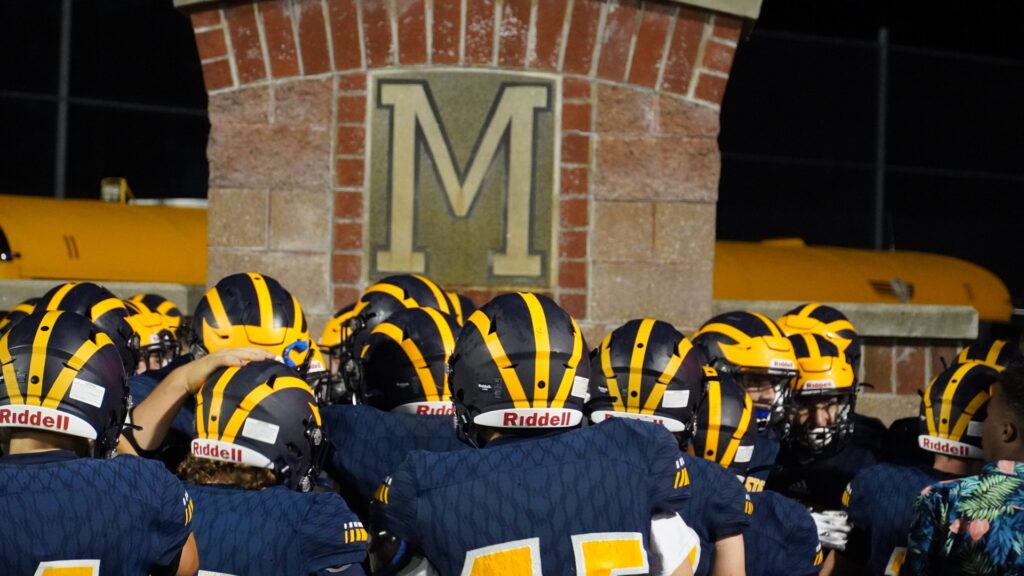 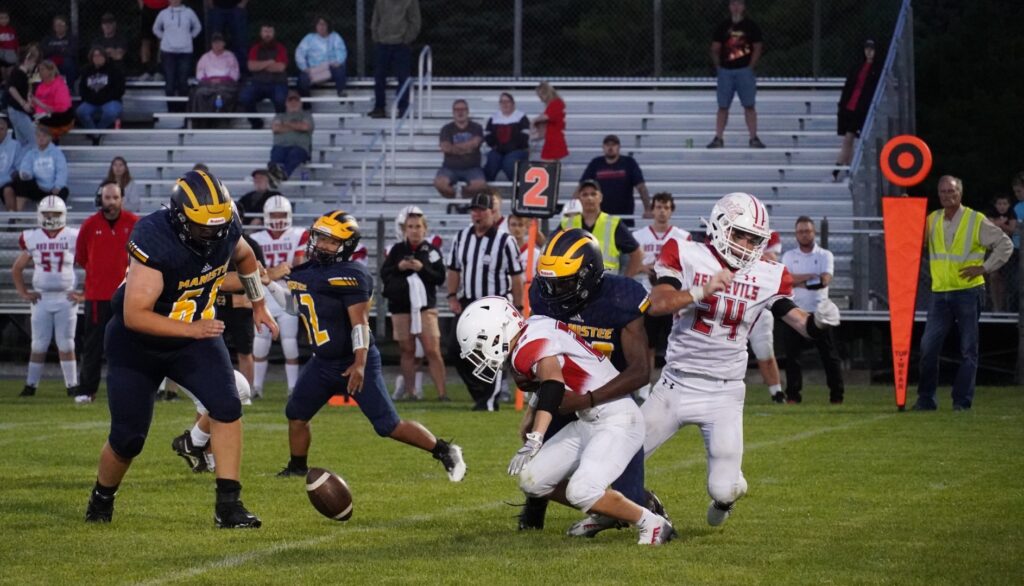 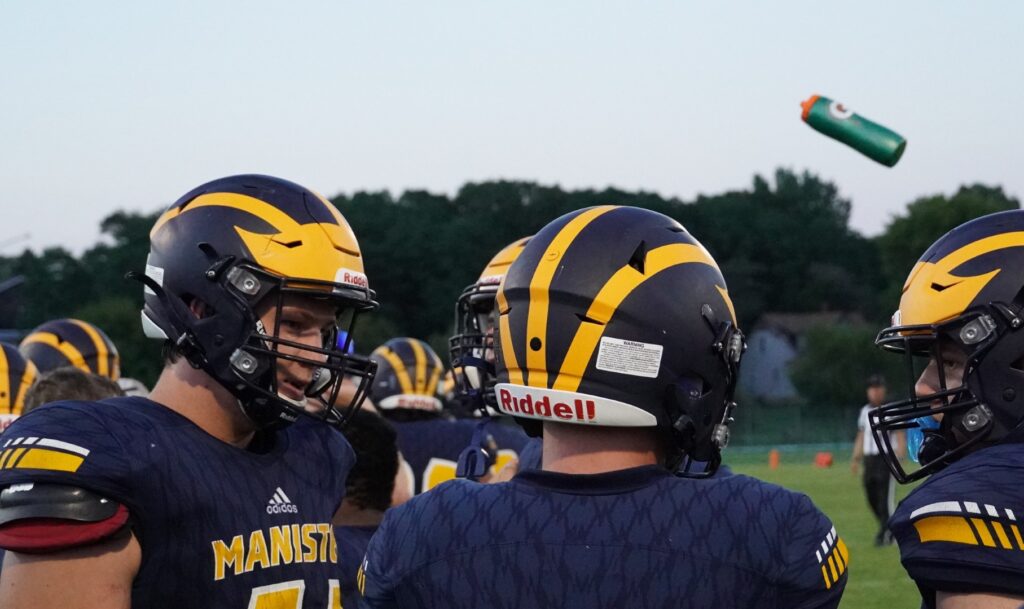 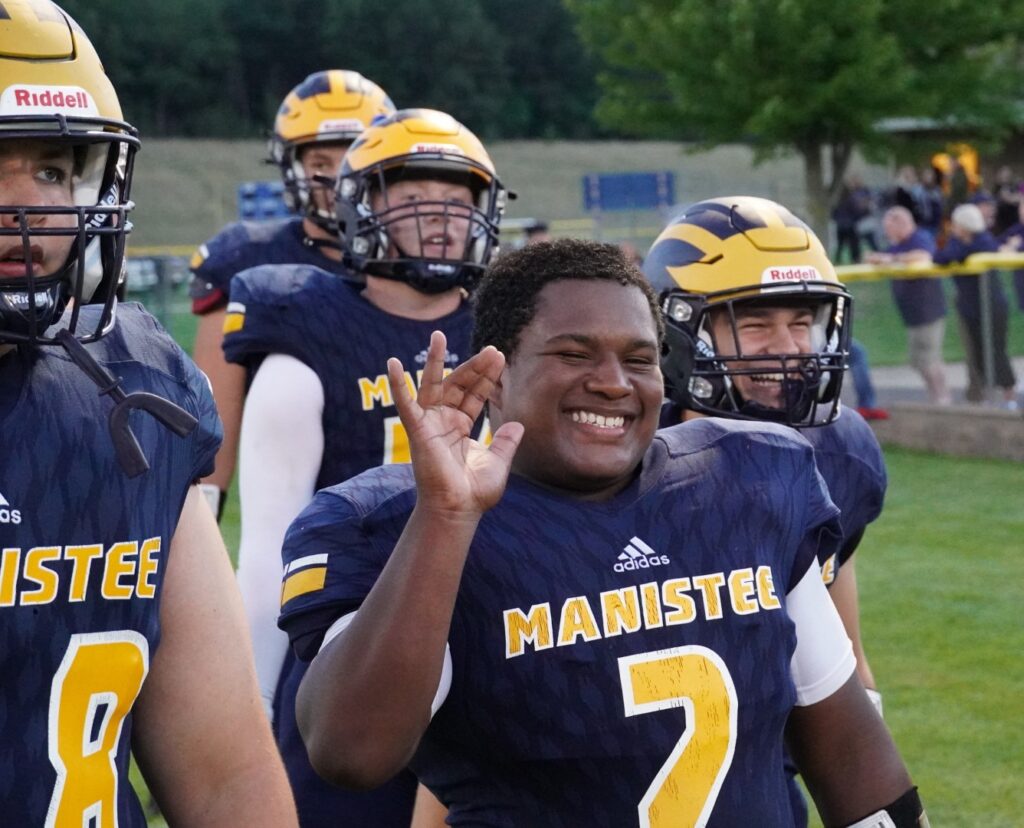 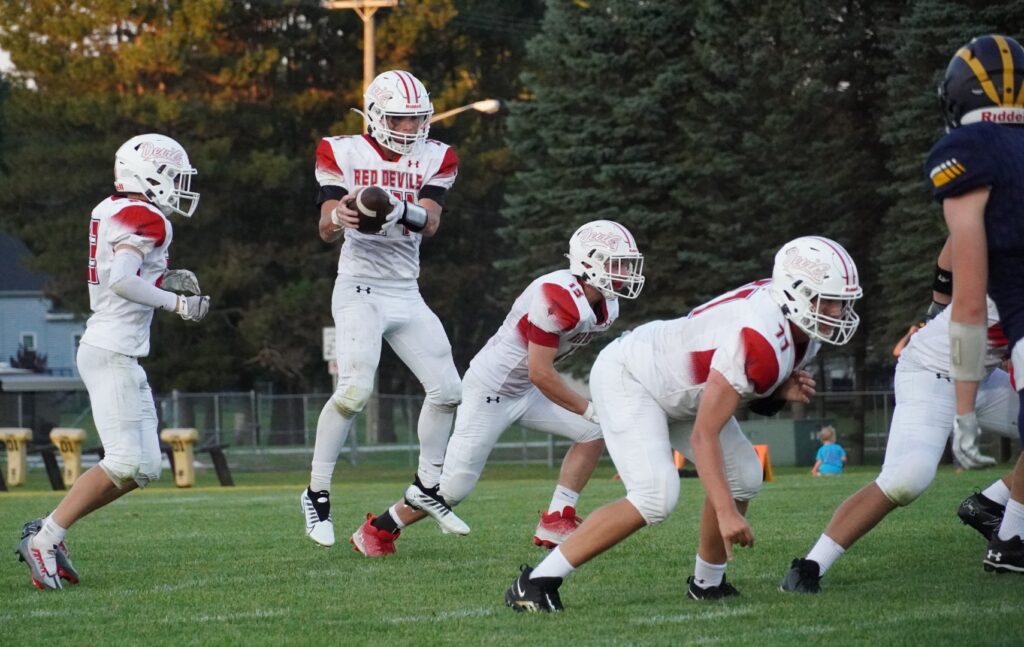 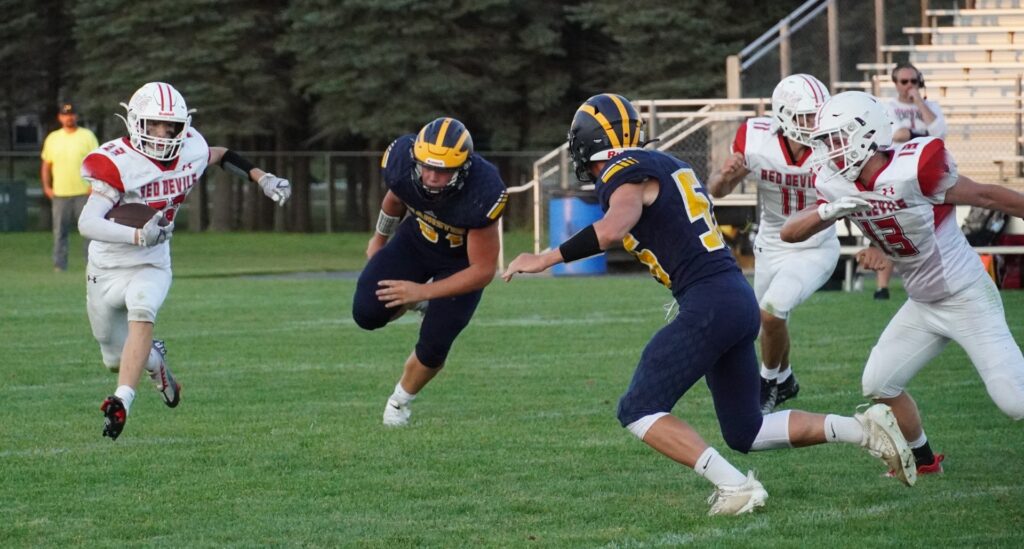 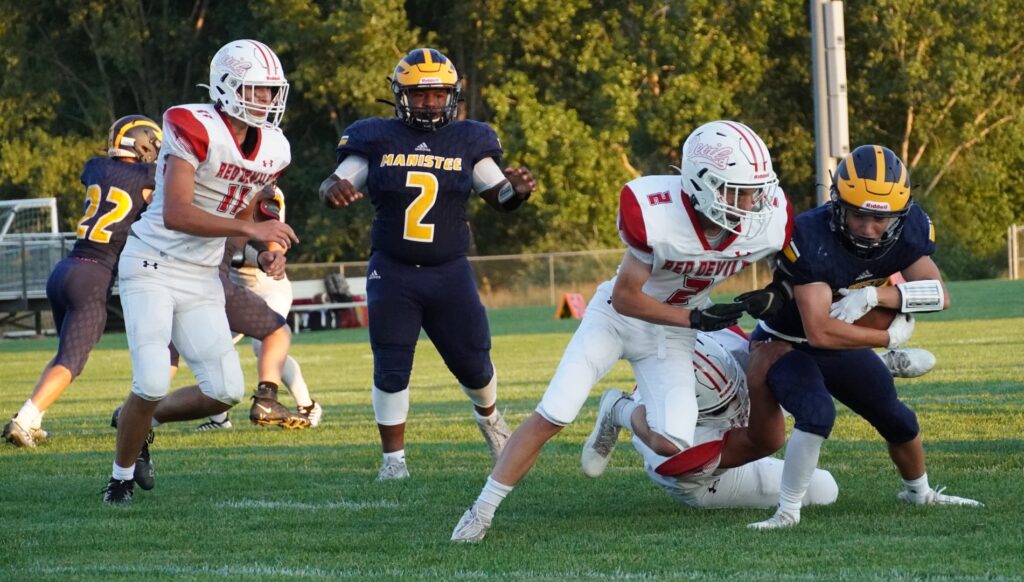 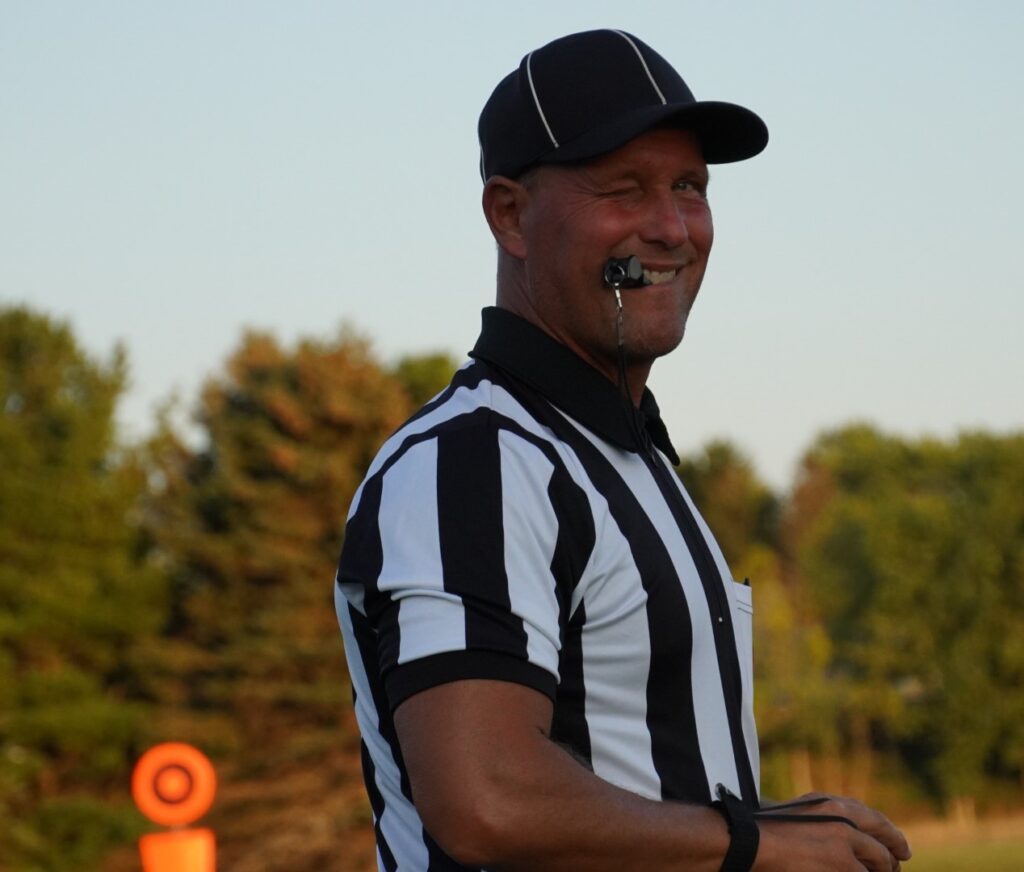 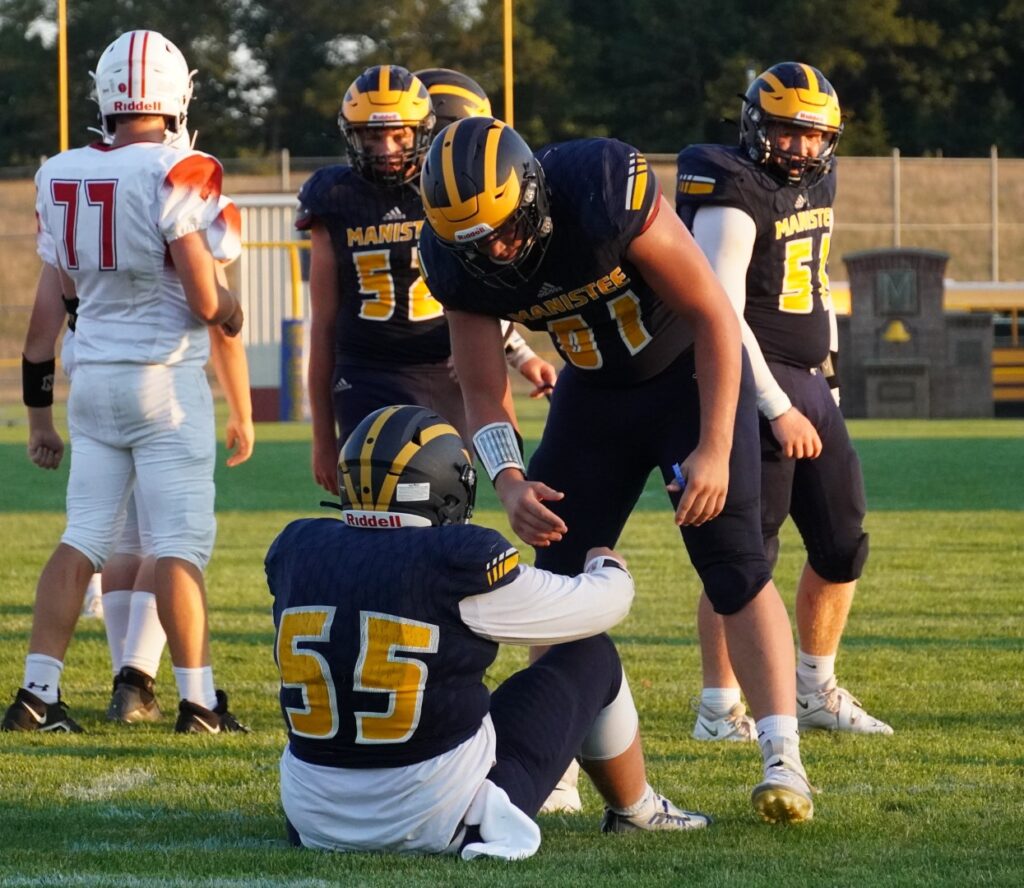 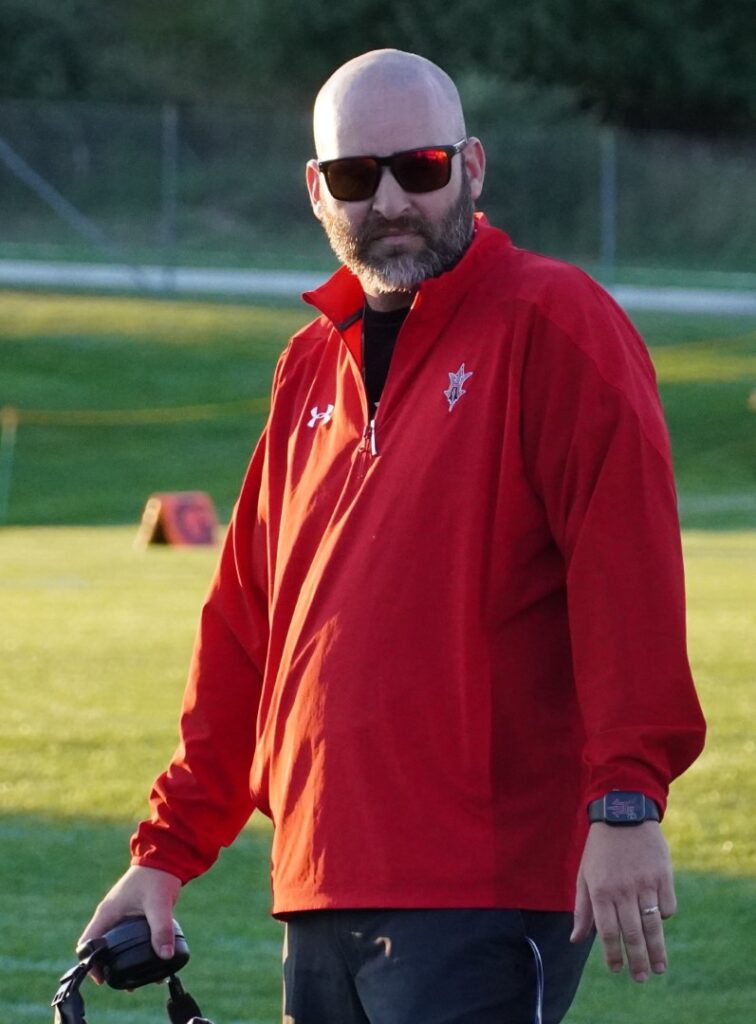 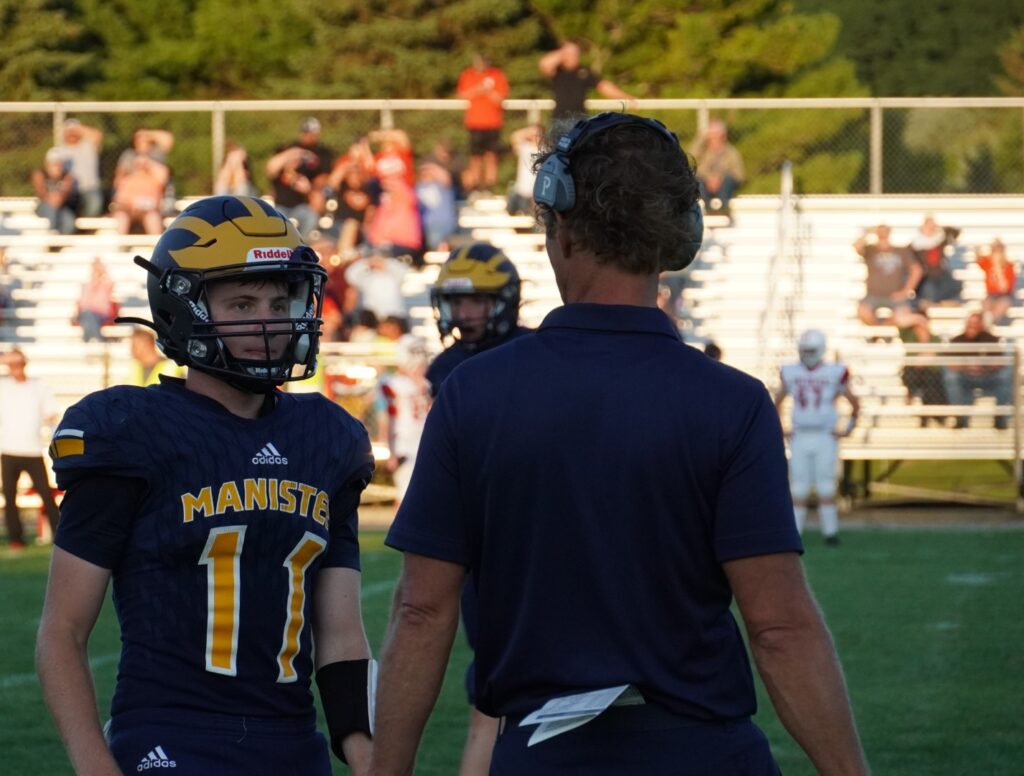 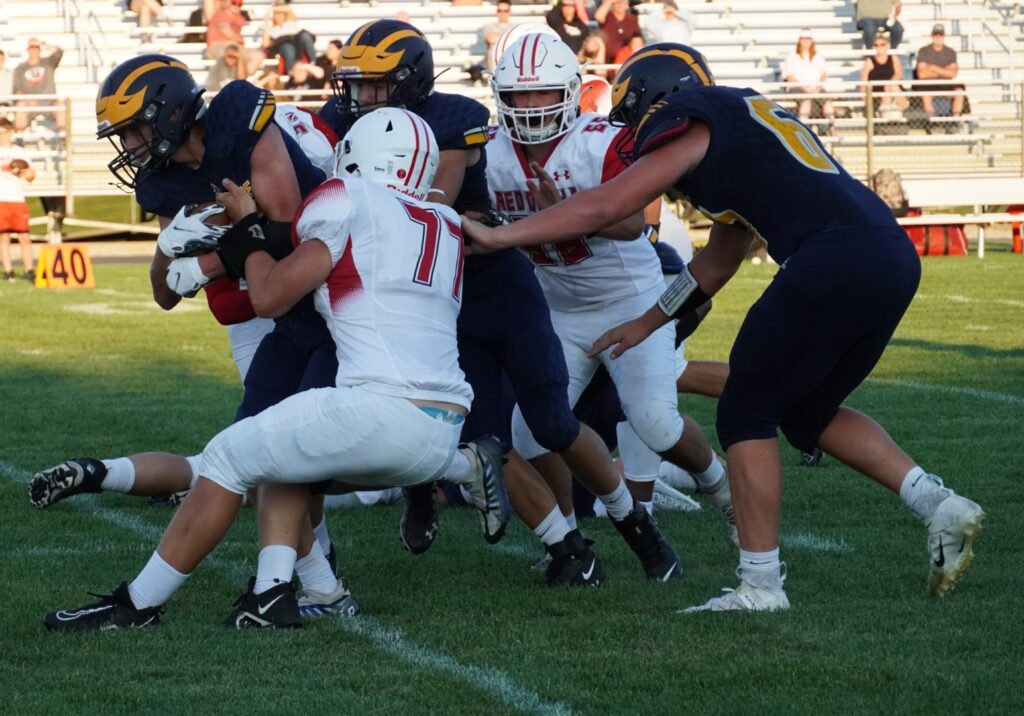 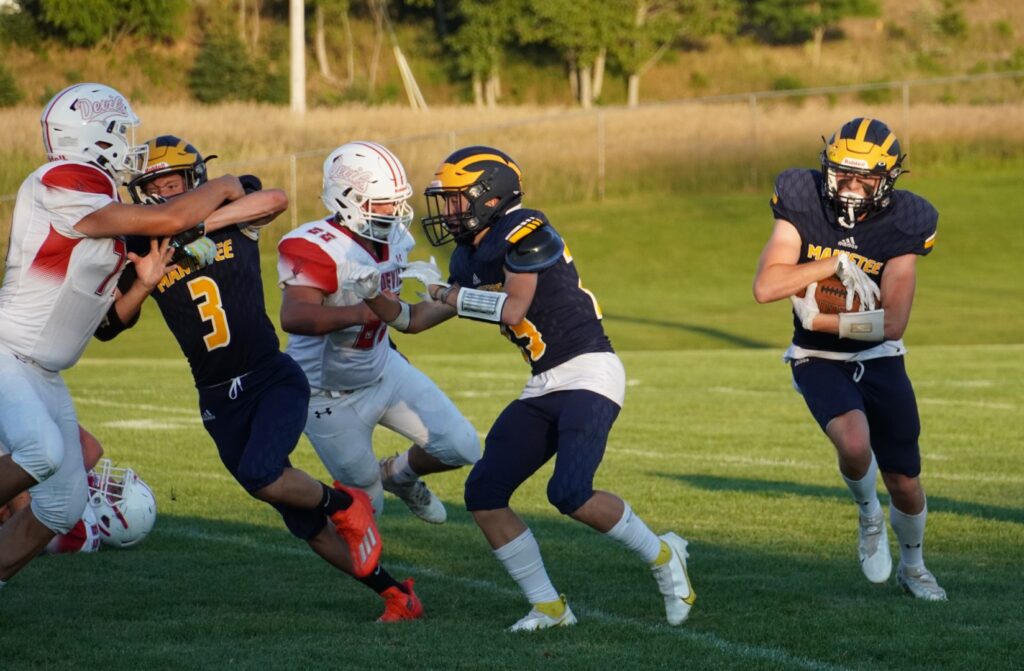 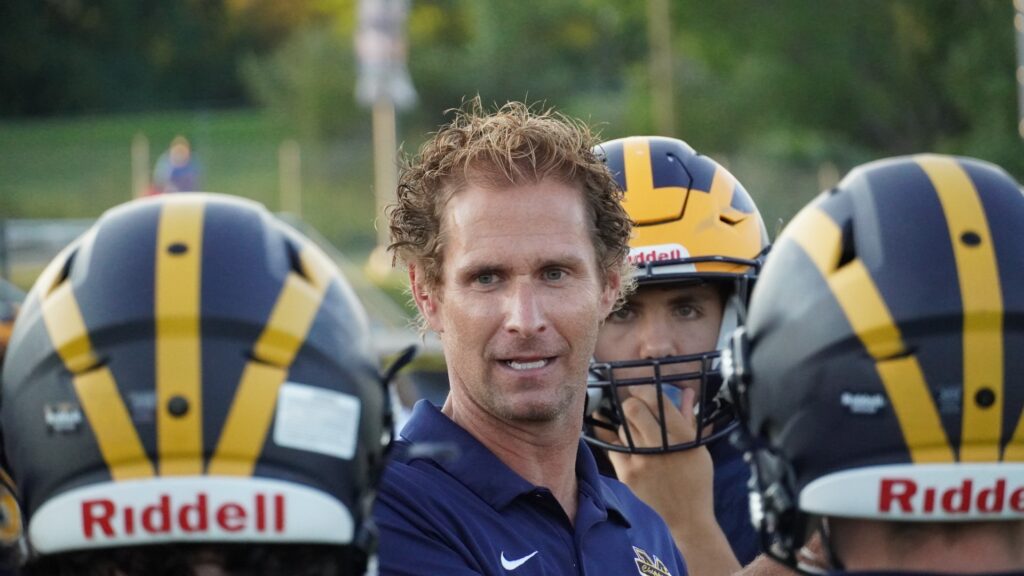 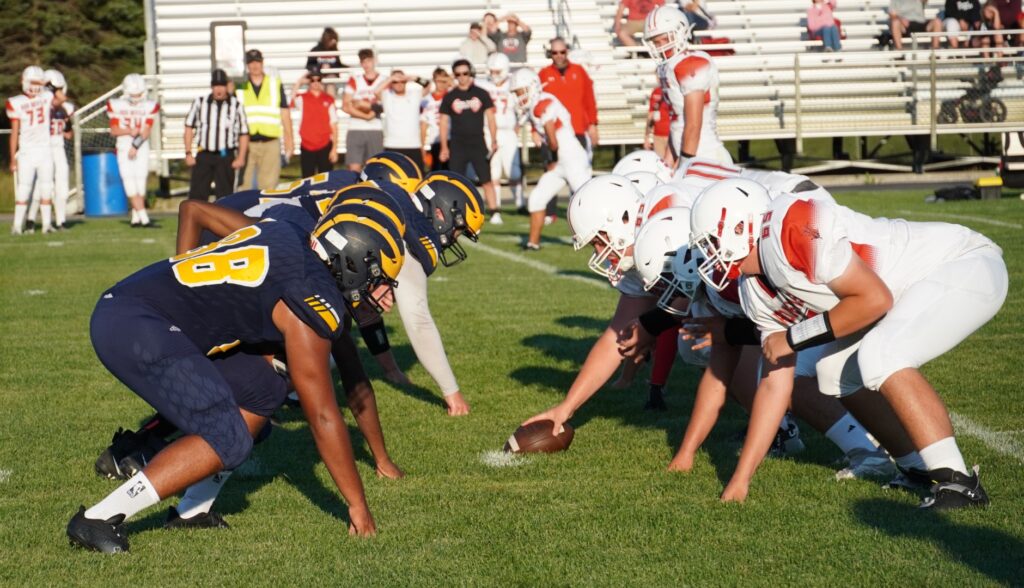 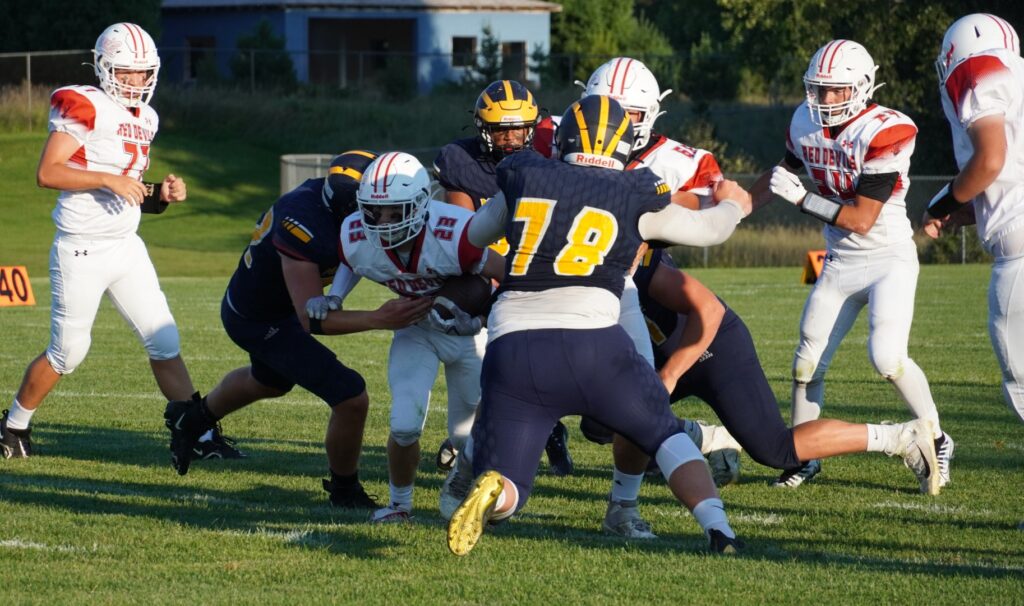 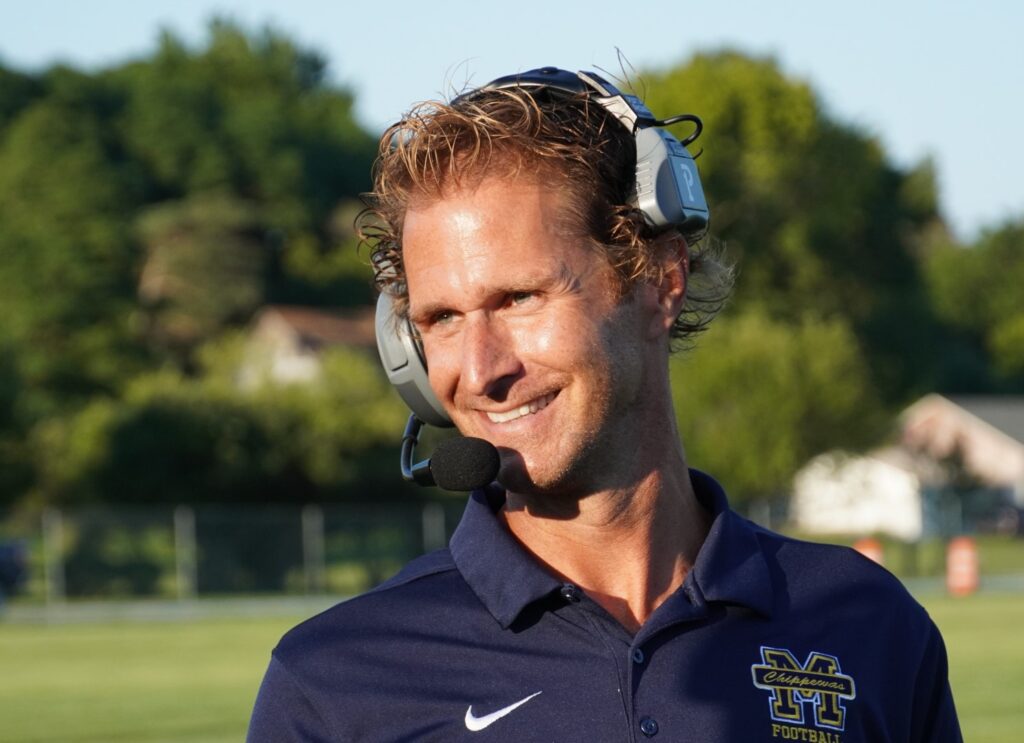 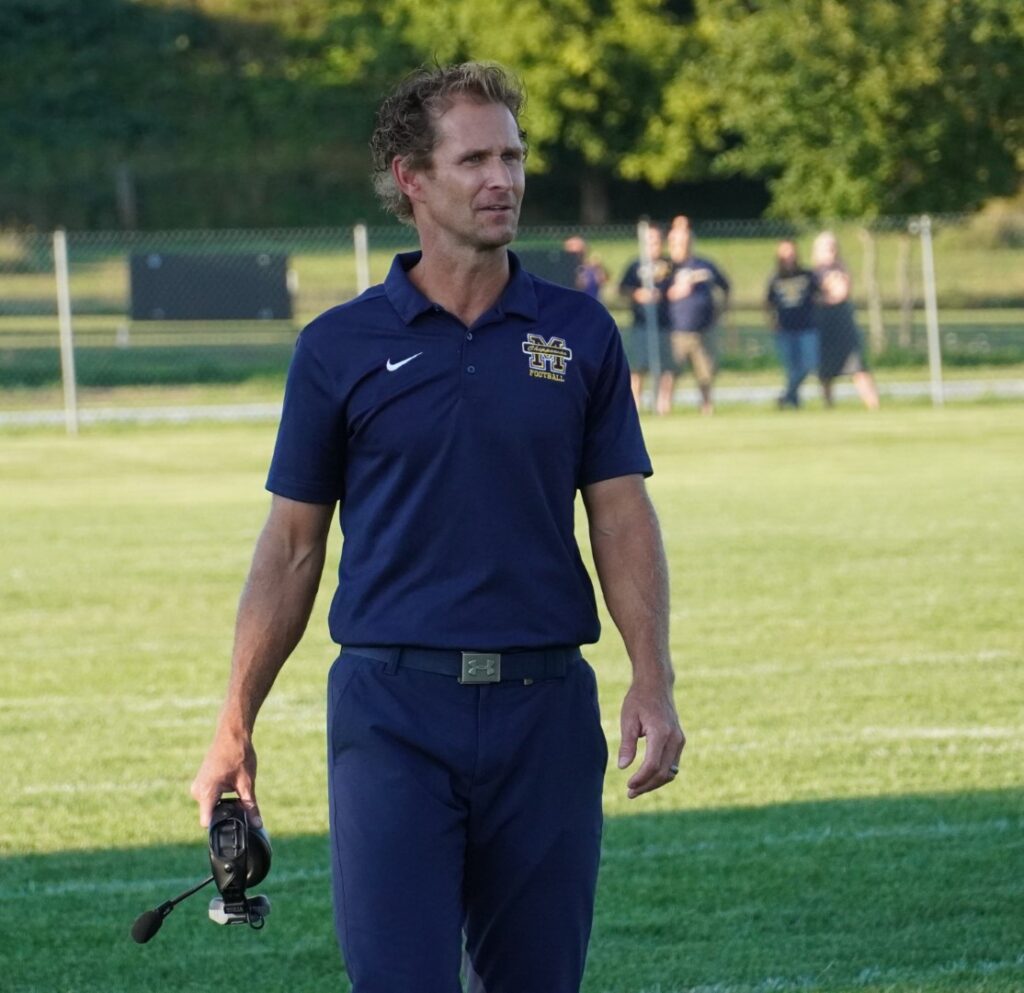 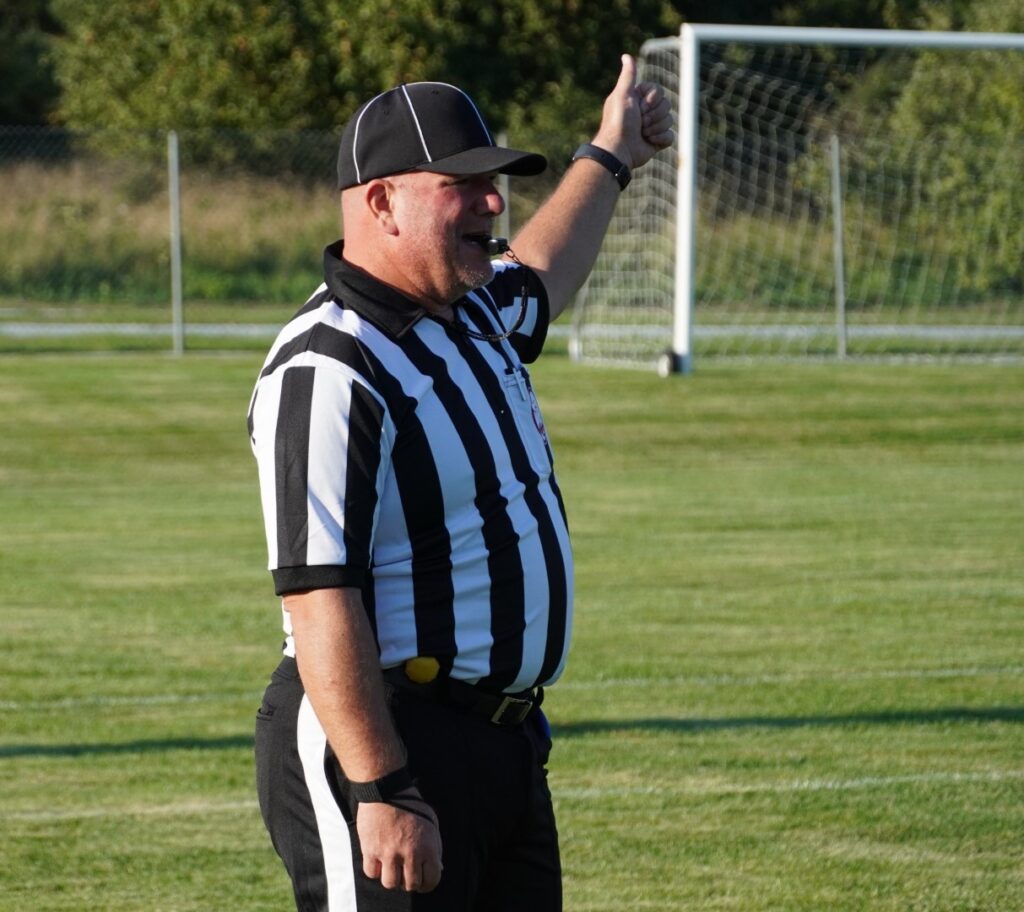