Norse junior is a team leader and among the area’s best in volleyball and soccer.

Put Natalie Pannucci in front of a camera or in an interview setting, and she might feel a little nervous and shy.

Those feelings vanish once she’s on a volleyball court or soccer field, or in any competitive venue, really.

For the North Muskegon junior, who is a standout athlete and 4.0 student, the switch flips from “Daddy’s Princess” to one whose competitive drive is unmatched in the words of Norse soccer coach Caleb Parnin.

“Natalie is really driven, quiet, family oriented, and a great balance of confidence in her skill and yet her own need to improve,” Parnin said about Pannucci, whose 18 goals and 10 assists helped the Norse roll to the Division 4 state championship last spring.

“My favorite Nat story is during my class one day, she challenged a male athlete in the class to a deadlift competition. Lots of witnesses, rematch at the end of soccer season. She did the same thing freshman year. She was smack-talking some of her male classmates about their free throws and so she went to the gym to show them she could beat them. Reminds me a lot of Syann (Fairfield) in that way.”

Growing up with two brothers, Natalie Pannucci has competed in everything. She admits to being a little spoiled as a daddy’s girl but make no mistake: She can fend for herself.

“I think it helps me be more aggressive and more competitive a little bit. I’m very competitive. I always have to beat Brennan a little bit or try to do that,” she said with a smile.

It’s all meant in fun, but like with most siblings, sometimes things can be a little heated. From time to time, the parents might need to step in.

Natalie Pannucci and her brothers grew up competing. Basketball in the driveway could get a little physical. Games of Monopoly would be short-lived if they even happened at all.

“She also used to bring me the report cards, bring me and her mom the report cards, and (say), ‘Here,’” Vince Pannucci recalled. “She had Brennan’s one time, ‘Here’s Brennan’s, here’s mine. Mine’s better.’ Brennan was a 3.9 – I mean, how can you get much better?”

Don’t get the wrong idea about Natalie Pannucci. She is still somewhat of a soft-spoken girl, as described above. She’s also popular in school in large part because she’s kind. 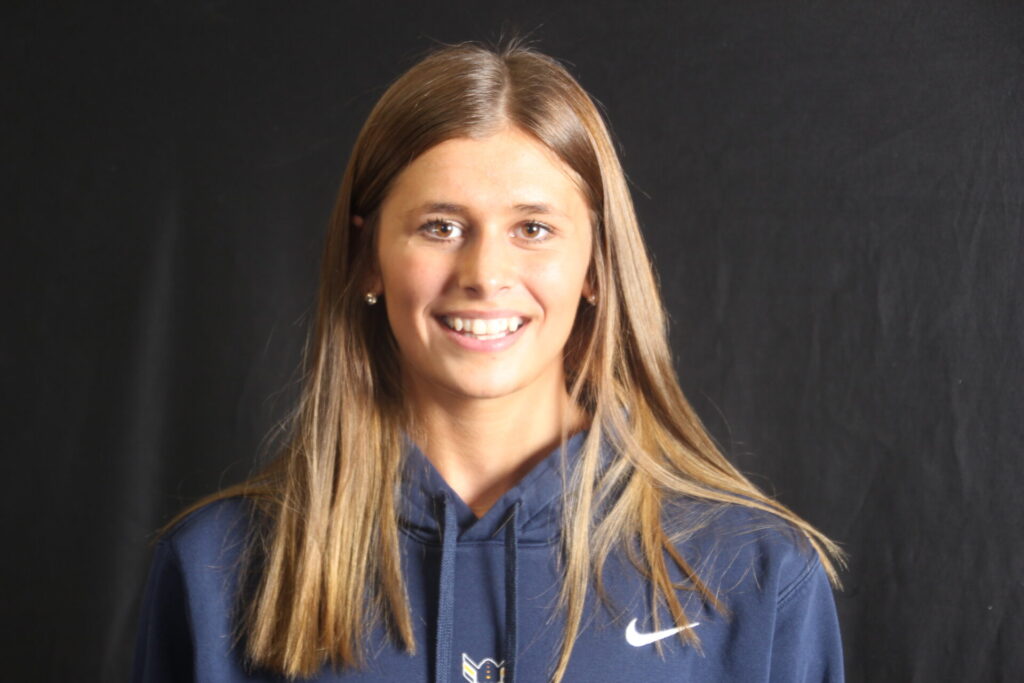 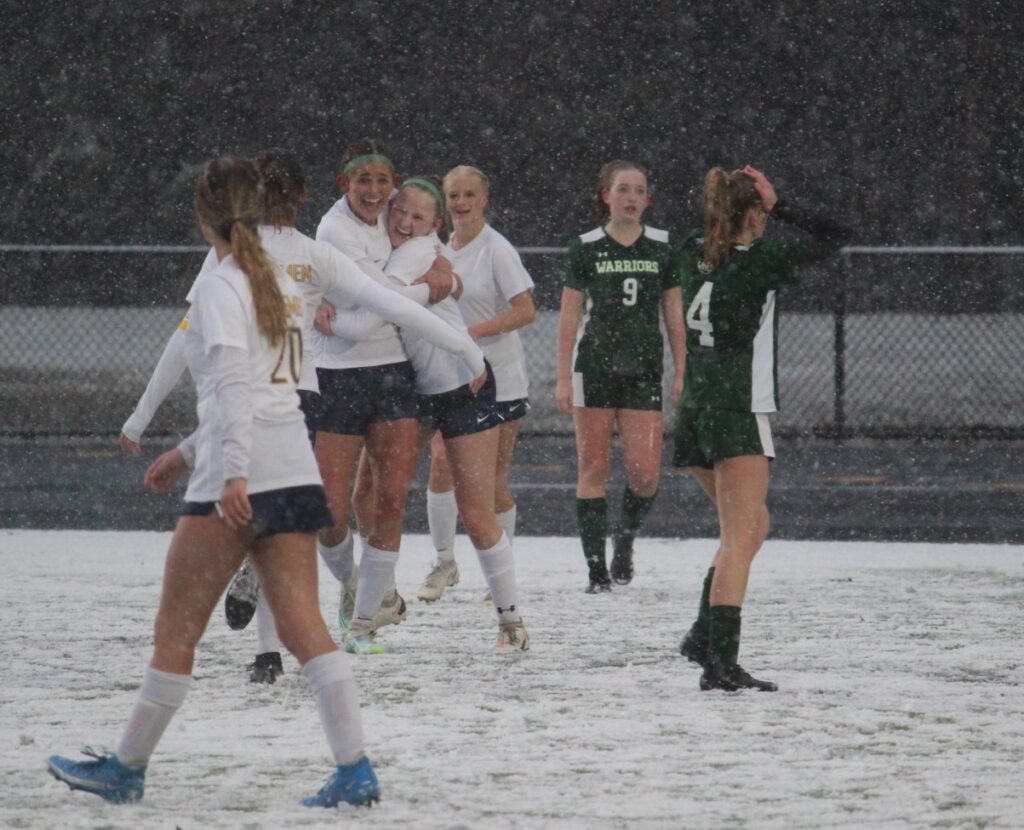 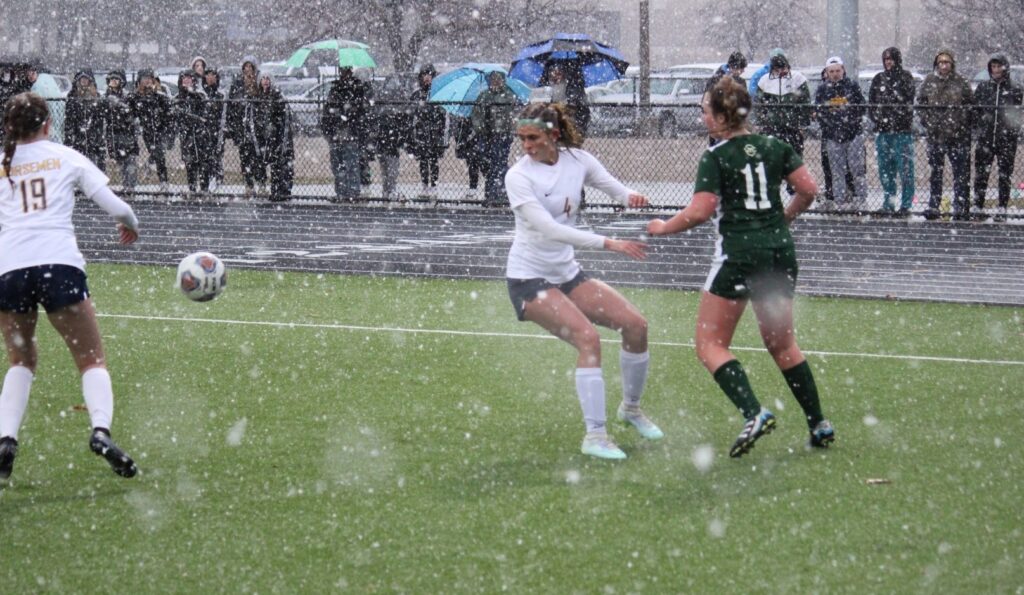 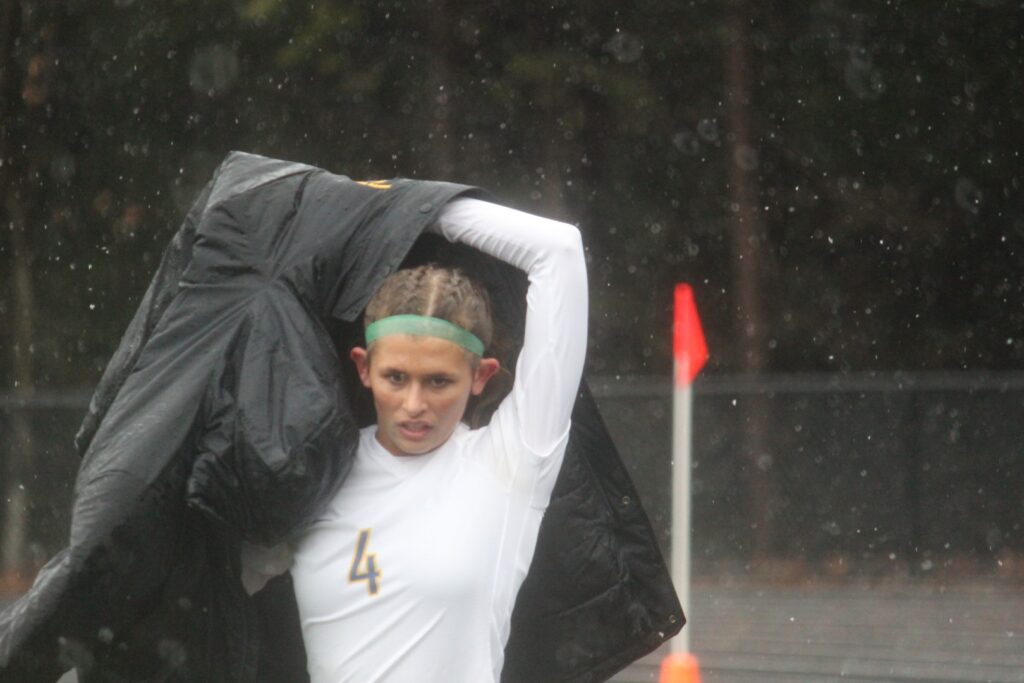 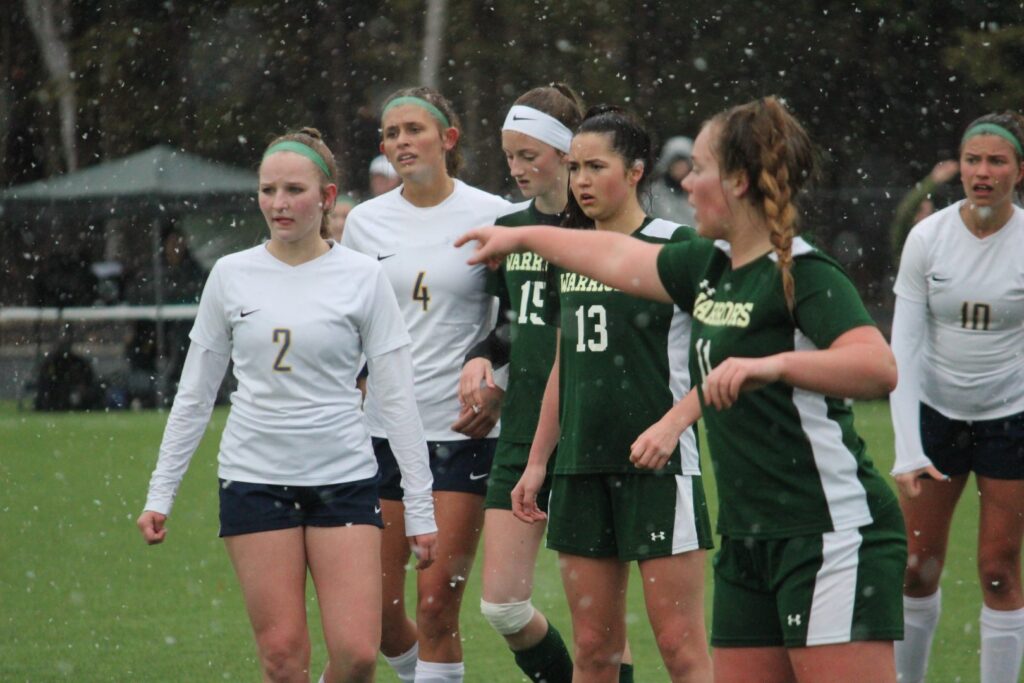 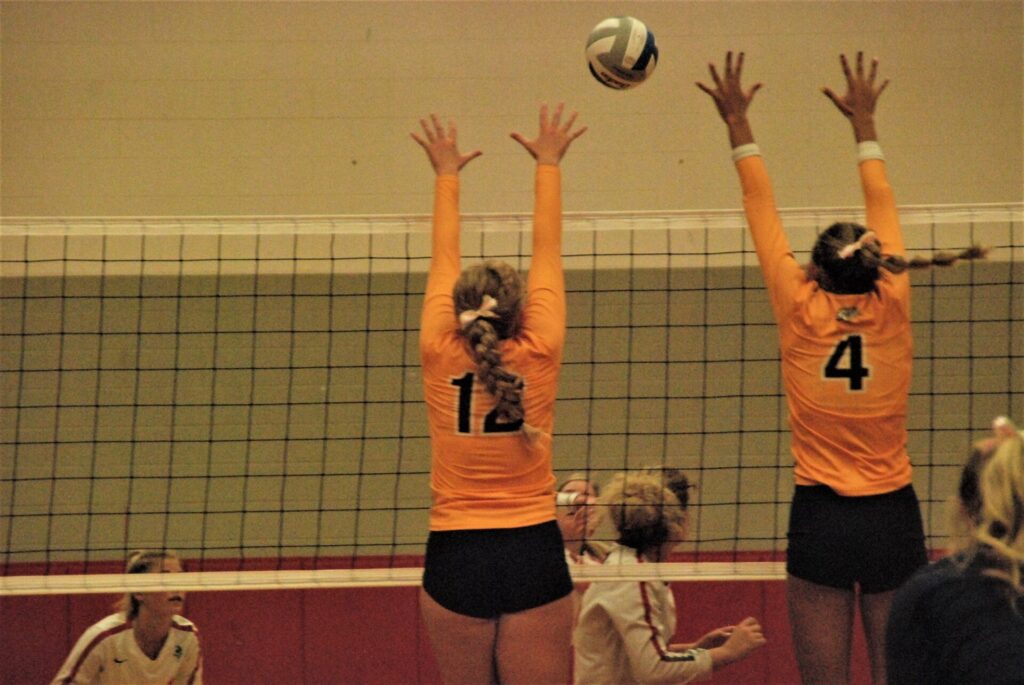 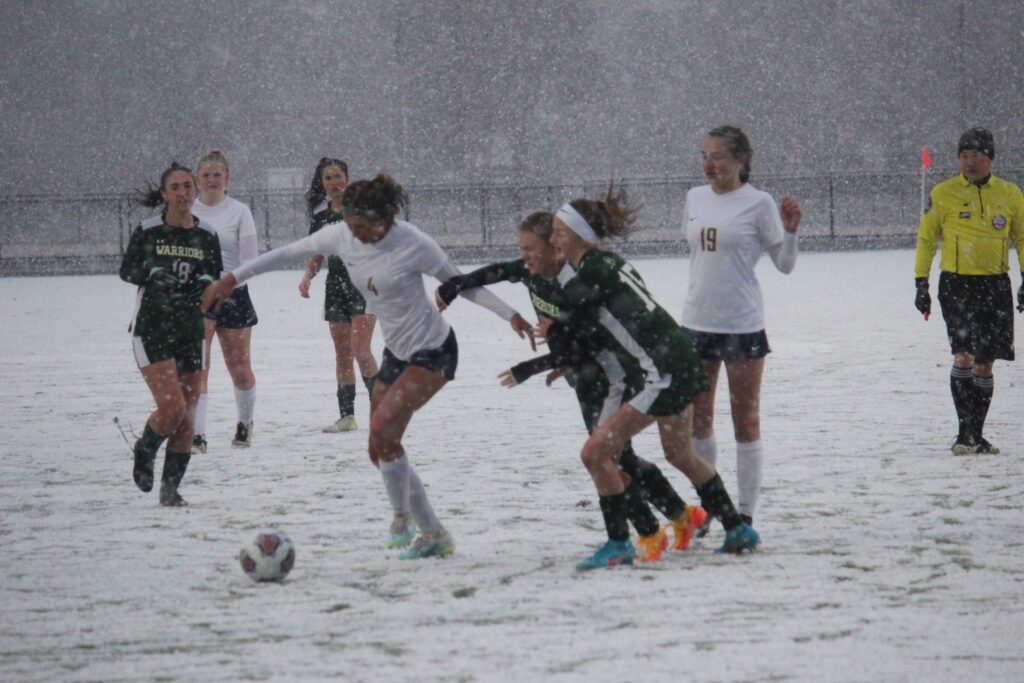 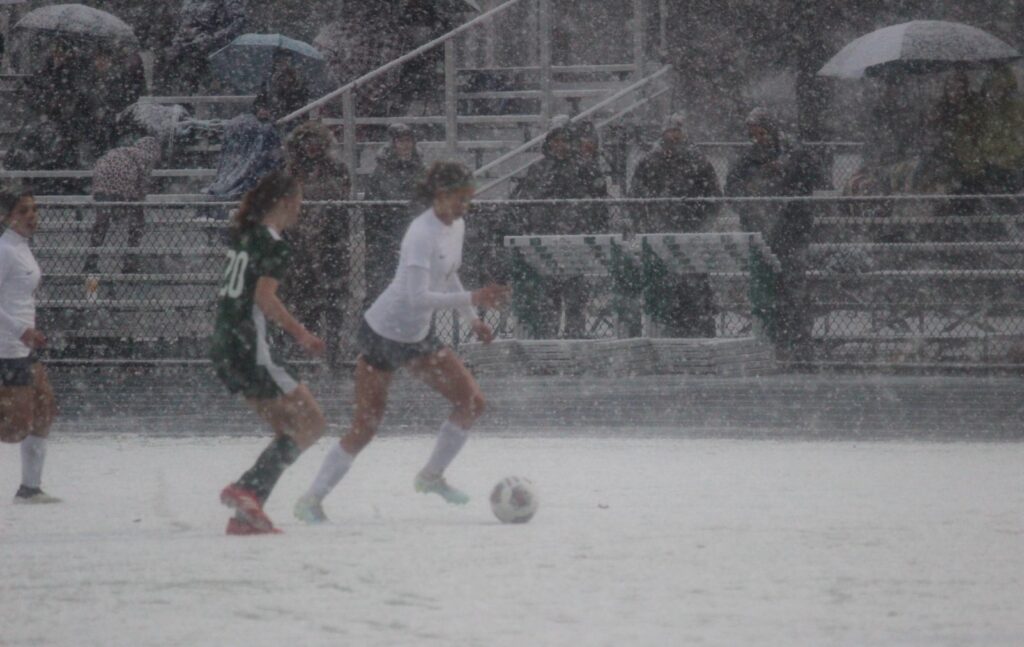 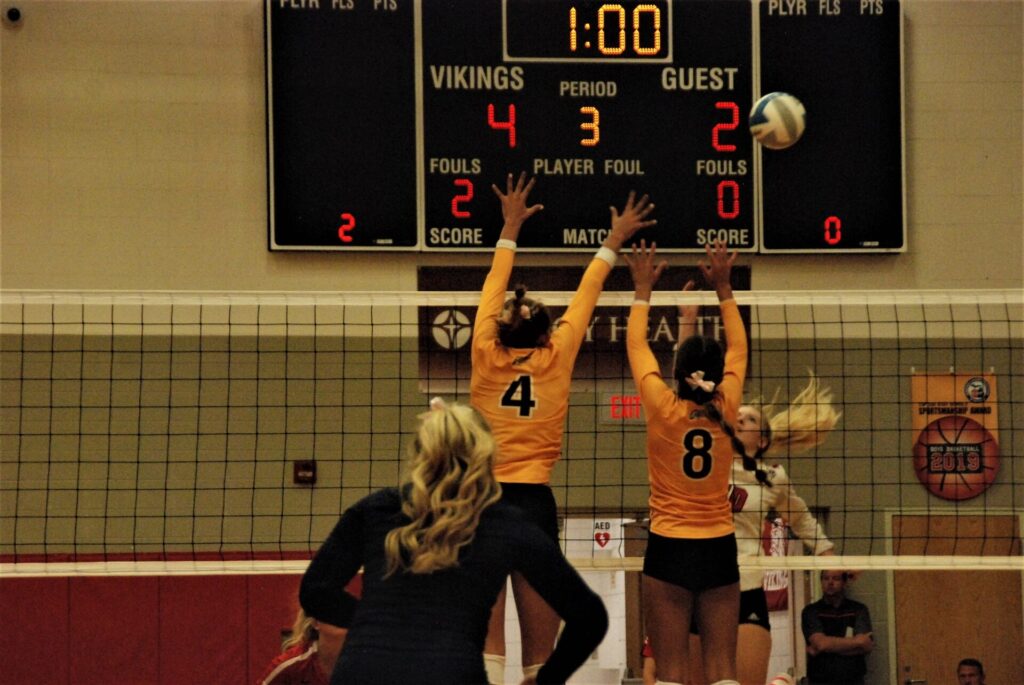 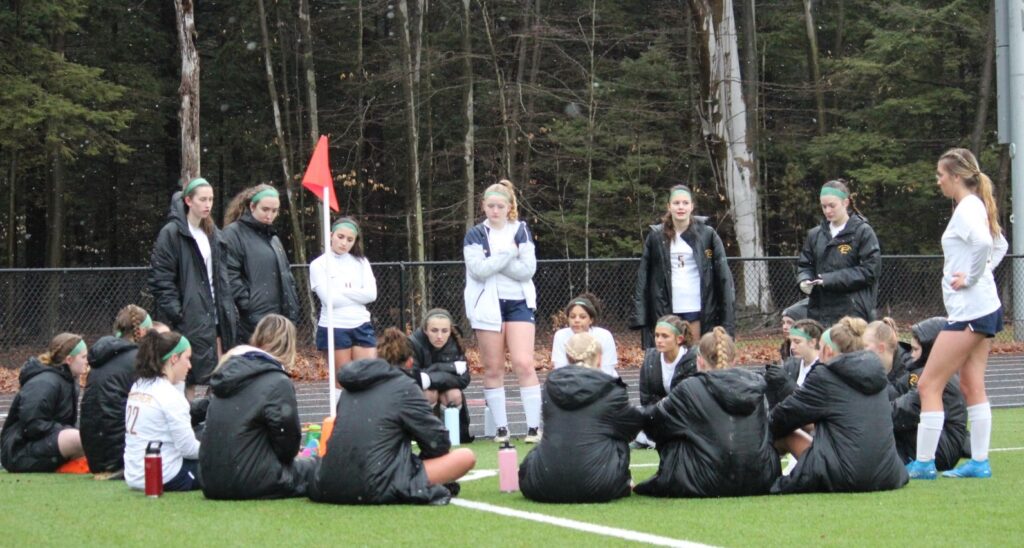 Natalie Pannucci’s perspective also has been shaped by adversity her family has faced. Brother Tate was diagnosed with leukemia in December 2020. He’s in remission now and doing well, Vince Pannucci said, with about one year of chemotherapy remaining.

Natalie Pannucci said both brothers inspire her to be better.

“I think (Brennan) really pushes me to, like, always work harder and try to be the best on the team, I guess,” she said.

“(With Tate) I think everything was taken from him, so I try to work hard for him and for the whole family. It’s kind of like an outlet, sports are.”

If she had to pick, then volleyball would probably be Natalie Pannucci’s No. 1 sport. She plays year-round, including for the Inside Out Volleyball’s 18s national team.

The 5-foot-11 Pannucci is a dynamite outside/middle hitter for North Muskegon, who was a finalist for the VanDyk Mortgage West Michigan Conference Player of the Year award last fall.

Pannucci loves soccer, too, and she has emerged as a team leader in the early going this season. She has three goals in an many matches for the Norse (3-0), including both of them in a snowy season-opening victory over Western Michigan Christian and a beautiful “Bend It Like Beckham” corner kick in a win at Grand Rapids NorthPointe Christian.

“Nat has an incredibly powerful left foot,” Parnin said. “She’s strong and can beat just about anyone in a 40-yard dash. She understands sports really well and is honestly one of the most competitive people I’ve ever met. She actually plays better when she’s mad, so she often shows up in big moments. It’s just the way she’s wired.”

As the season progressed in North Muskegon’s 20-1-1 campaign in 2021, it seemed as though every opponent’s top priority was stopping Hope Johnson.

With Pannucci’s scoring knack, be it from outside the 18-yard box or willing the ball over the goal line, Parnin said she was the offensive weapon the Norse needed as they moved through the postseason and captured the first state soccer title in school history.

Pannucci fondly reflects on last season’s run, but she has no plans of slowing down this spring.

“It was awesome. It was really fun. I think everyone worked really hard to get there because they were heartbroken in the past,” she said.

“I mean, our goal is to make it (back) to the final, but we just kind of push ourselves every day to work harder and try to get back to where we were last year.”

Parnin believes that Pannucci is the best female athlete at North Muskegon, if not the best overall athlete. She’s also played basketball in the past but took a break from the sport this school year.

Parnin also believes she has a future in college in either volleyball or soccer and that she should have plenty of options when the time comes to decide.