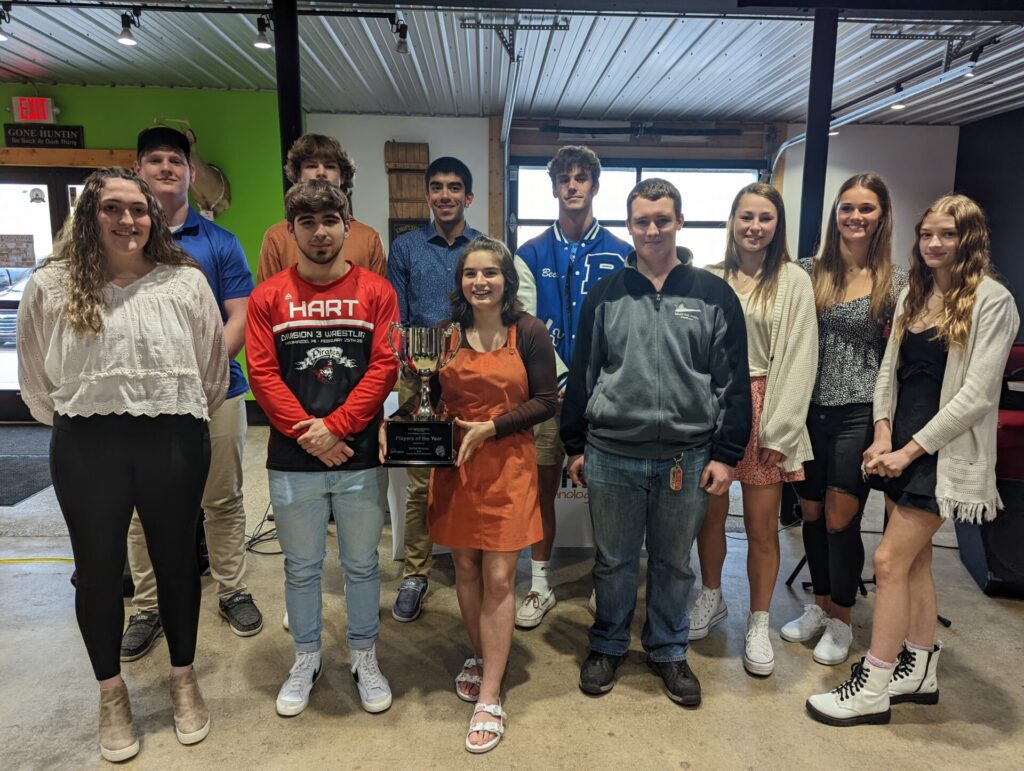 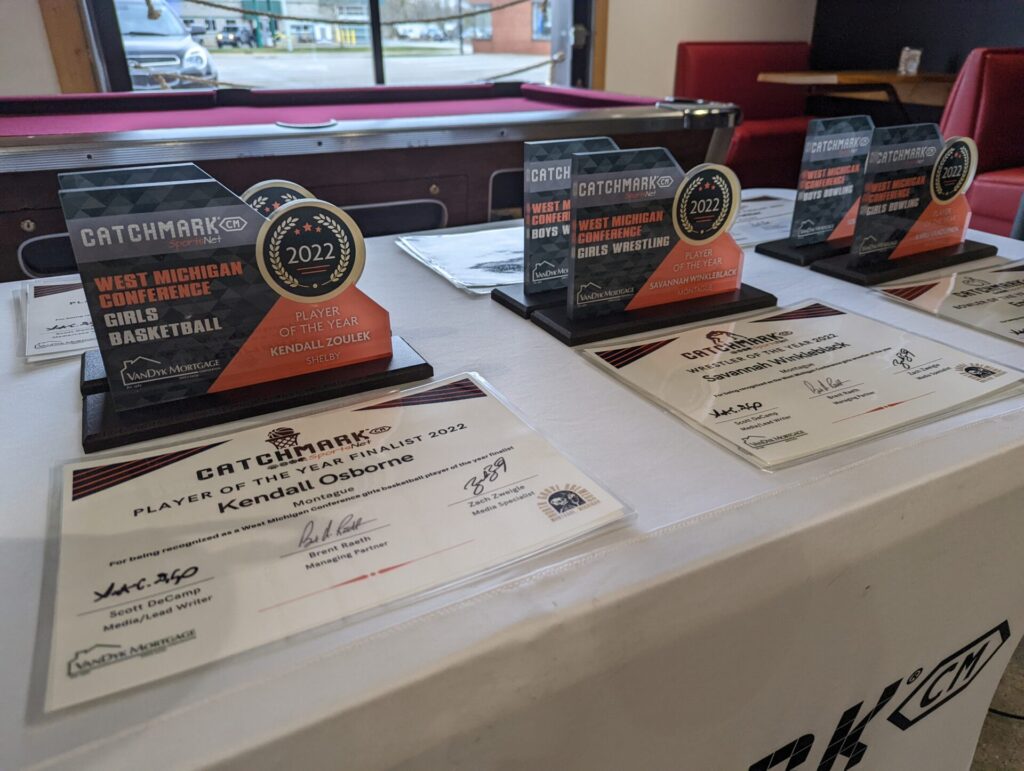 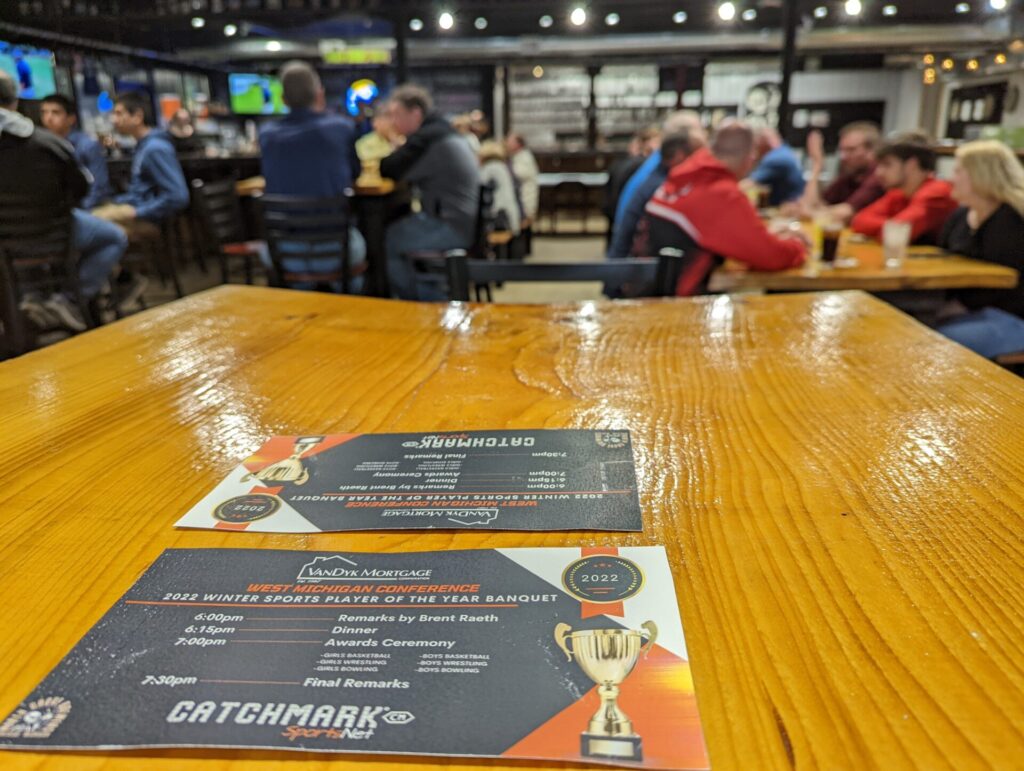 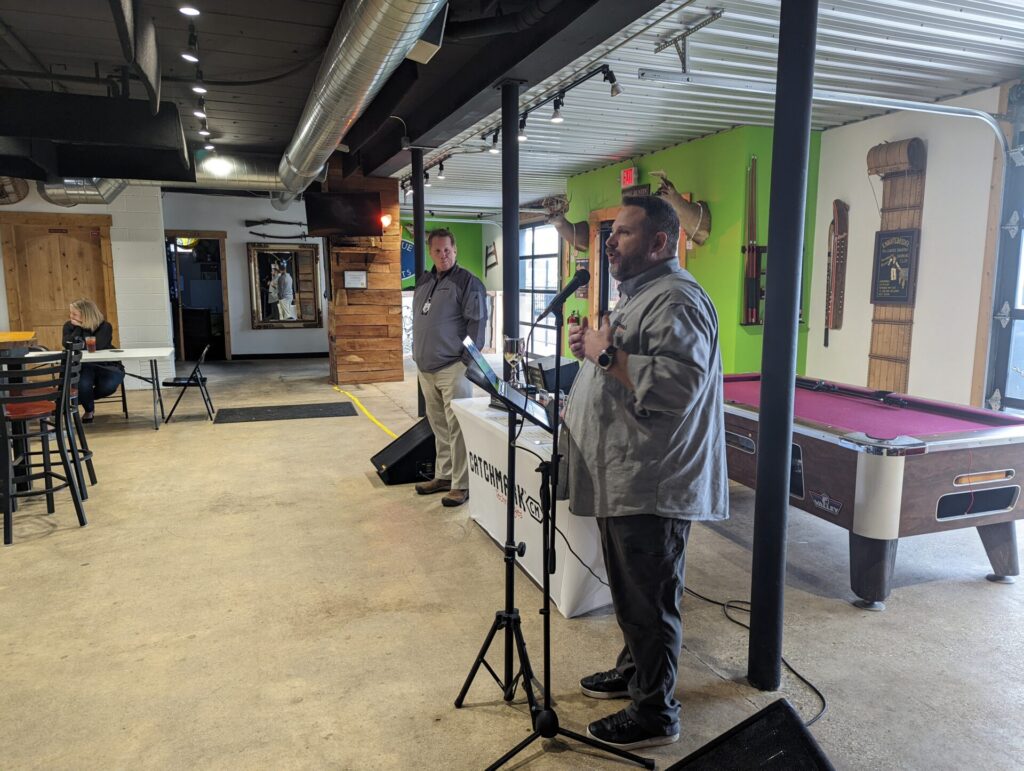 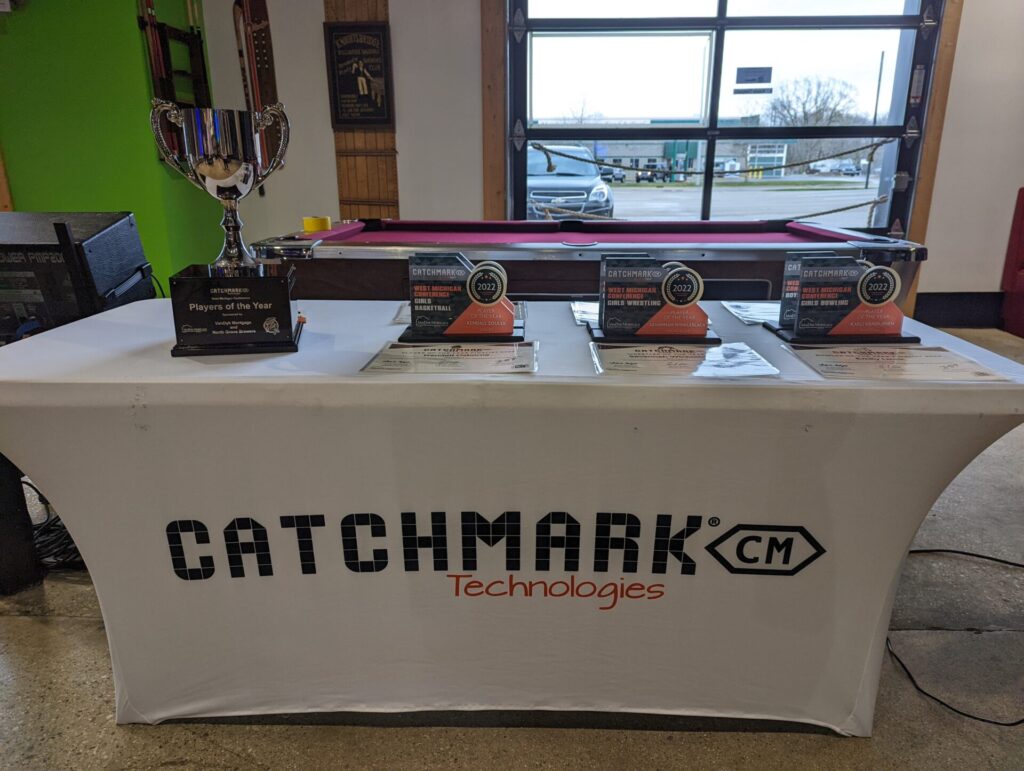 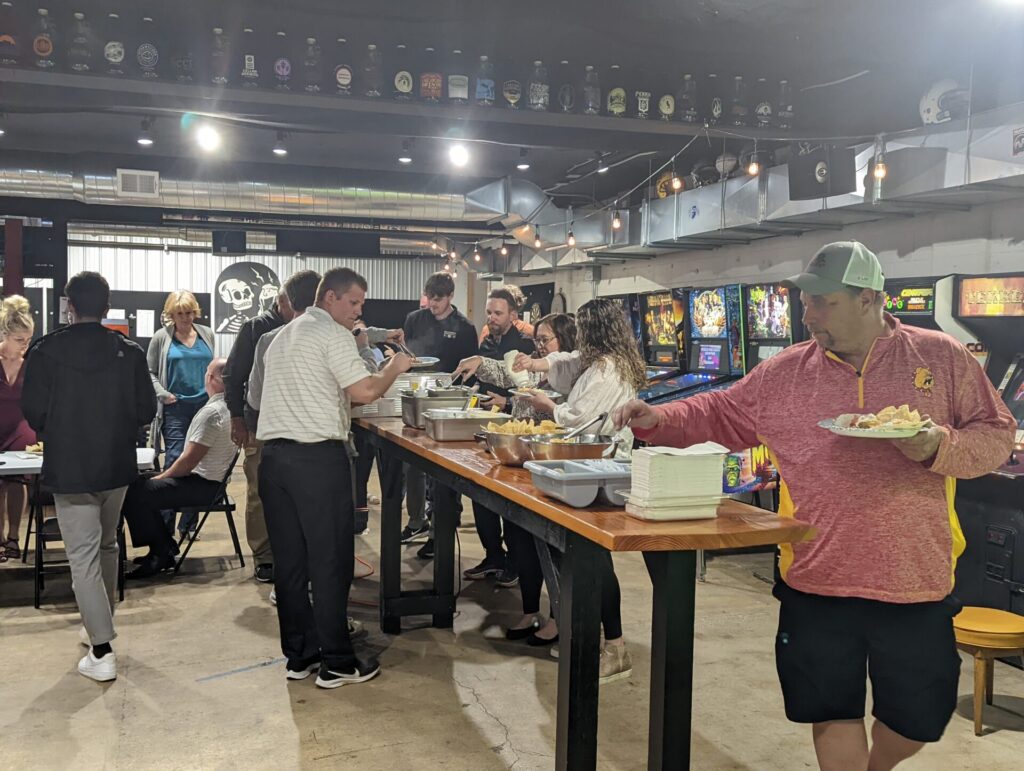 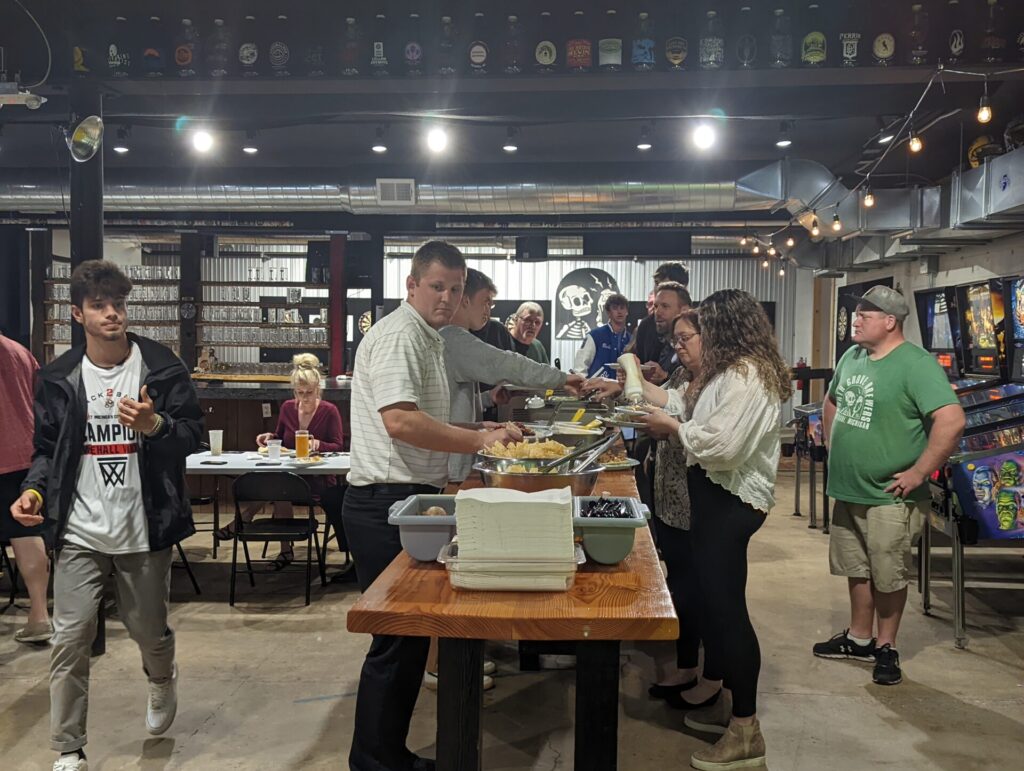 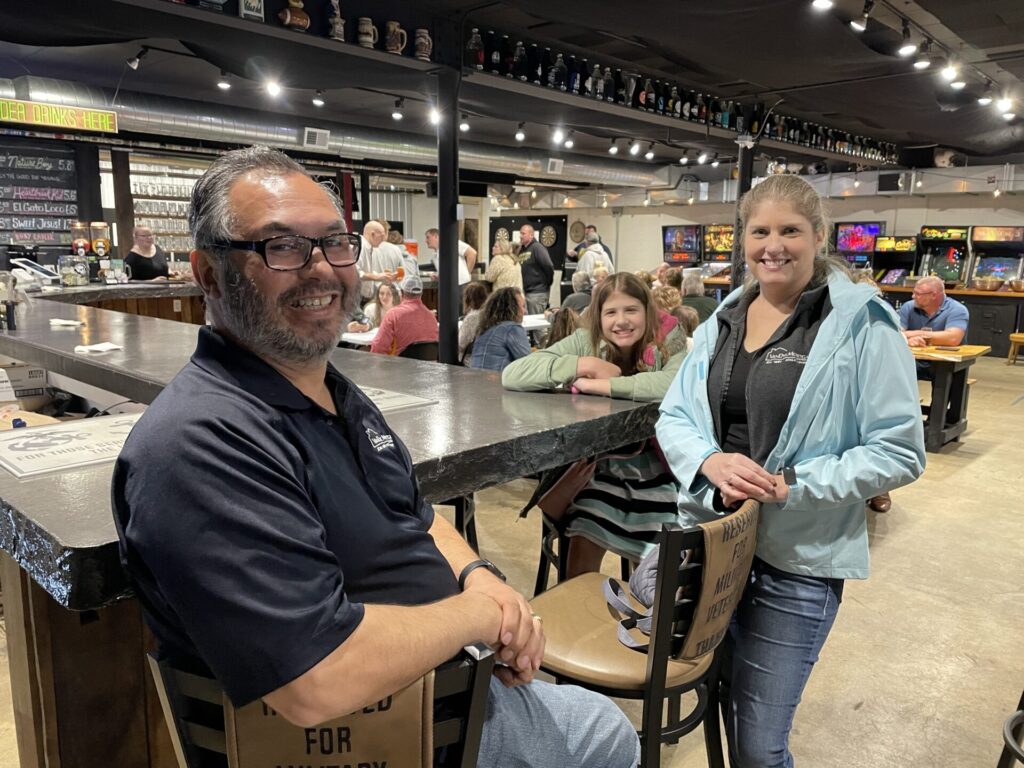 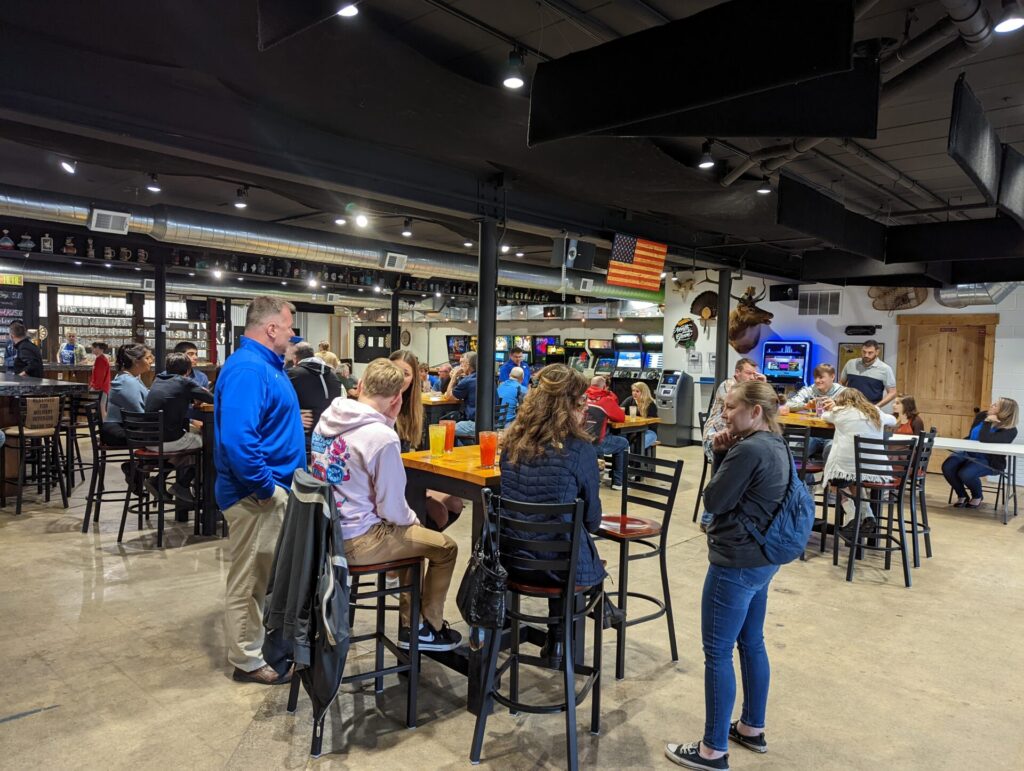 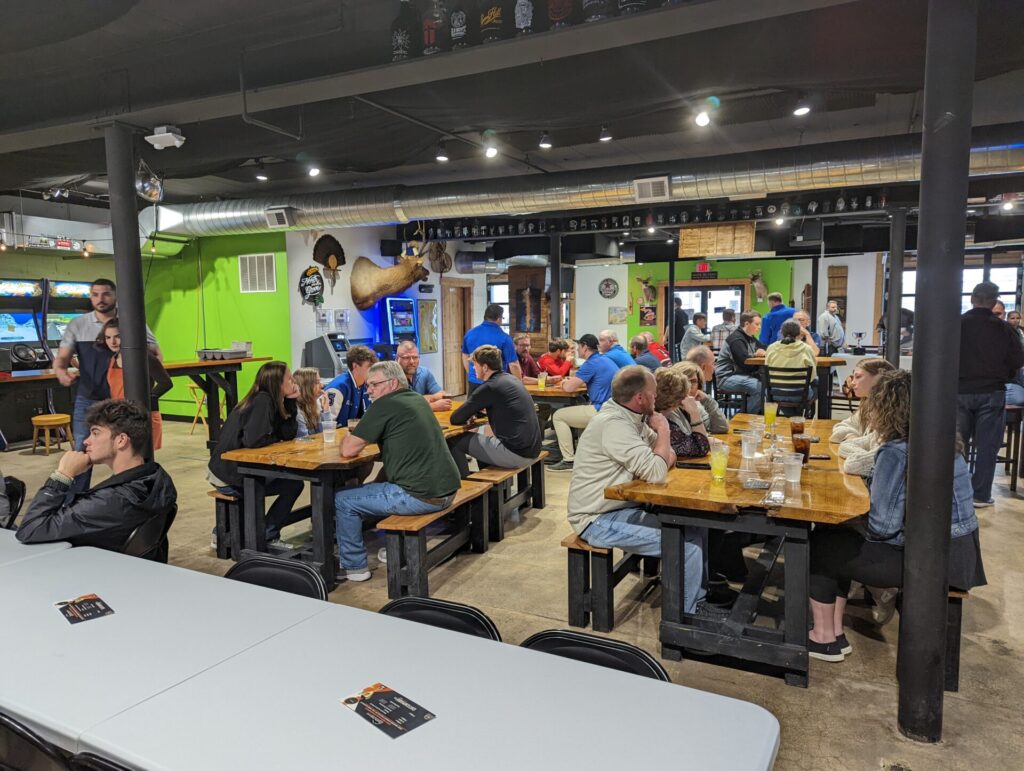 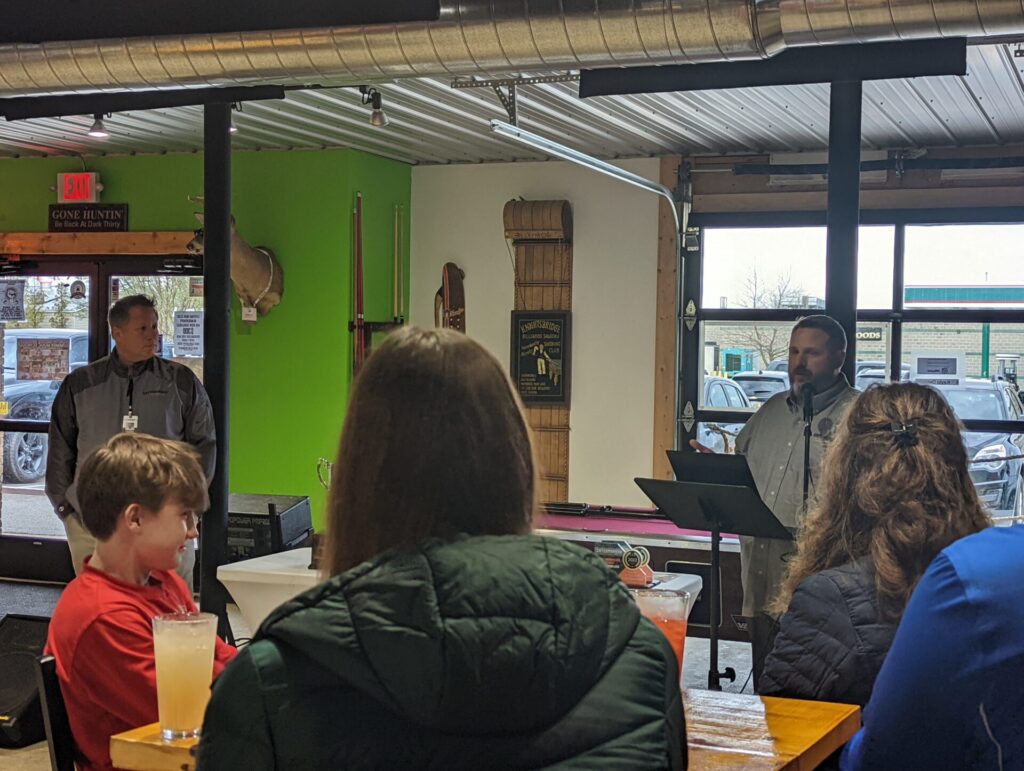 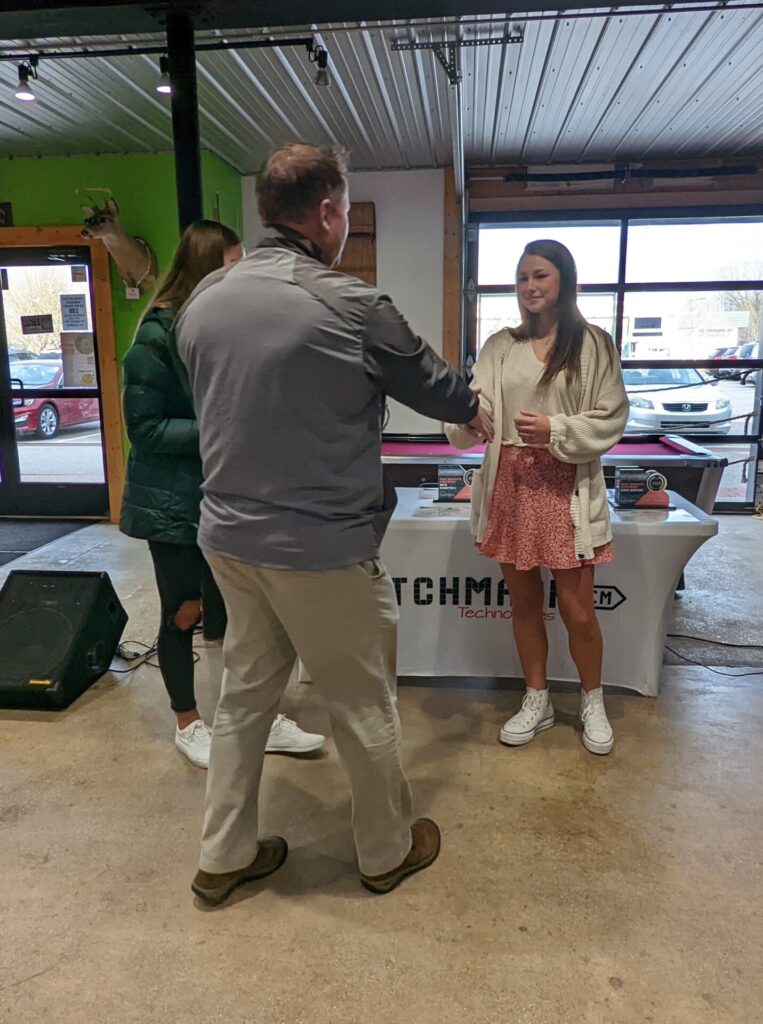 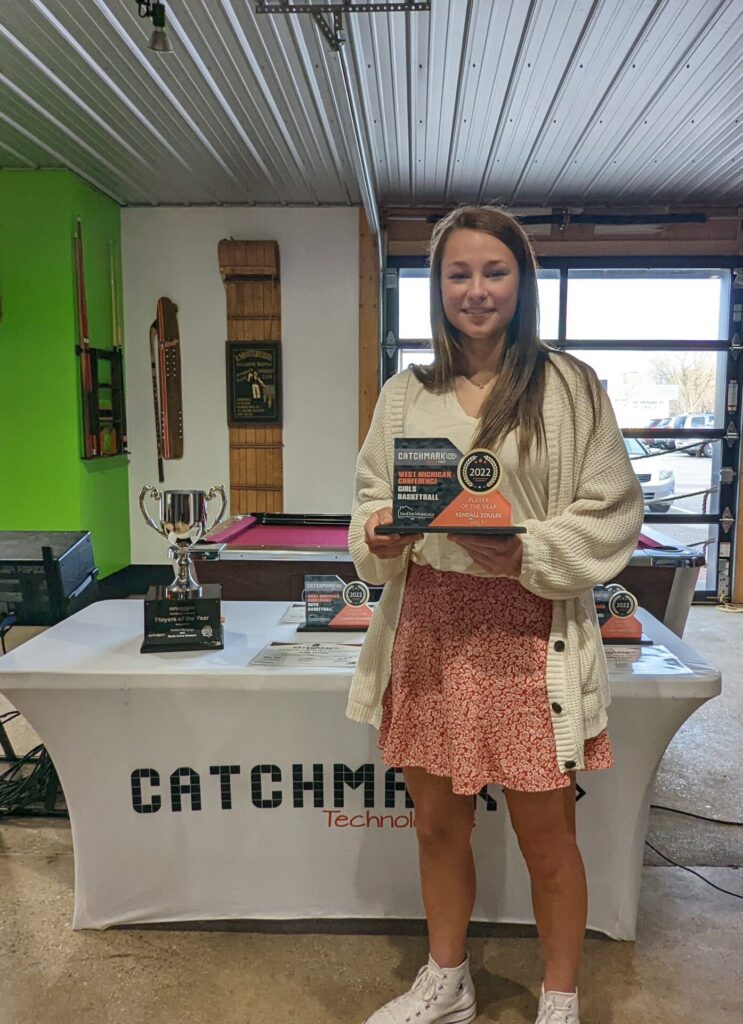 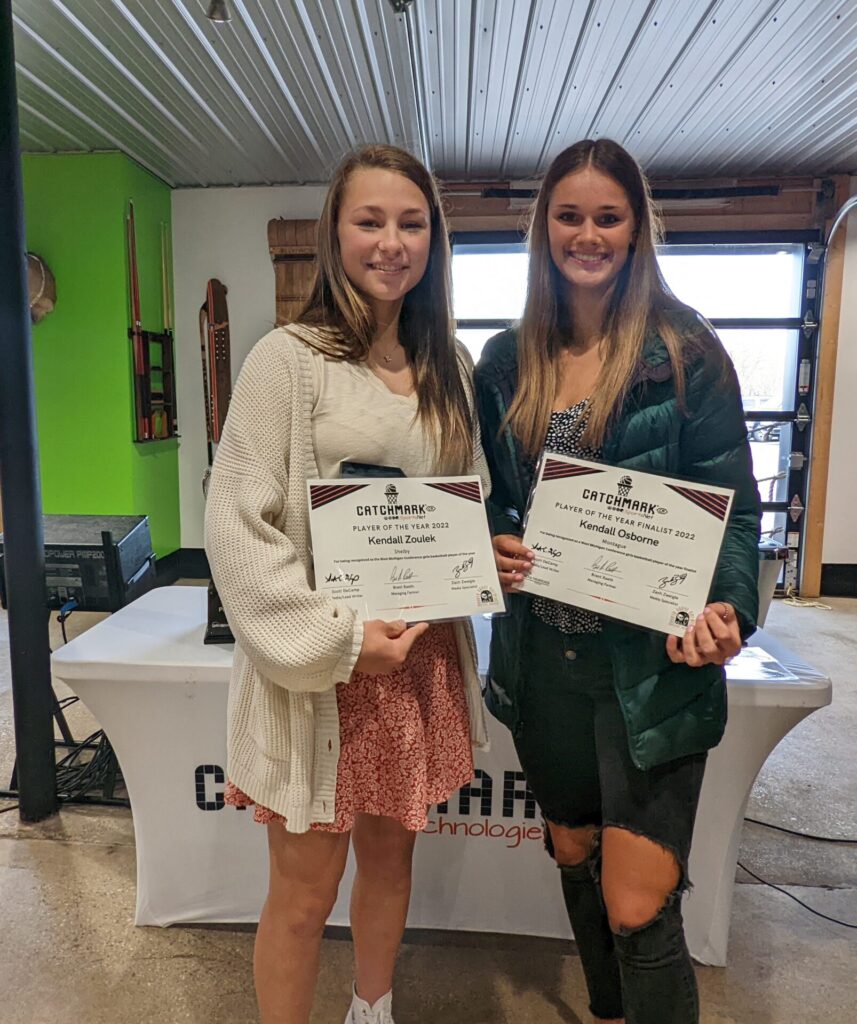 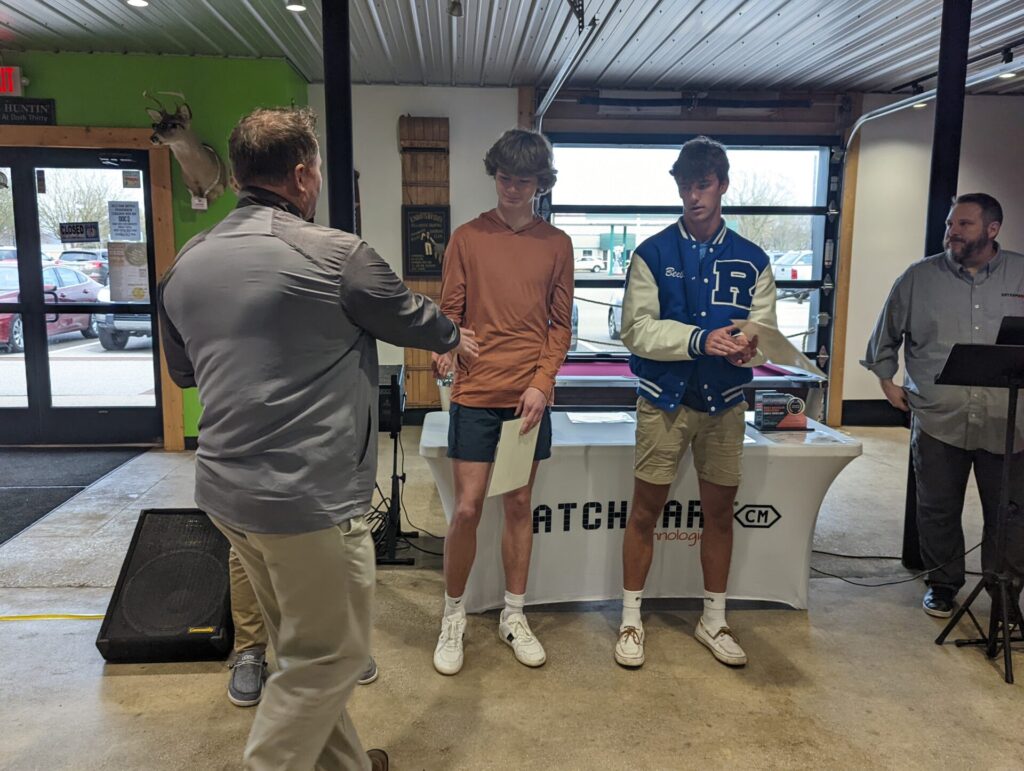 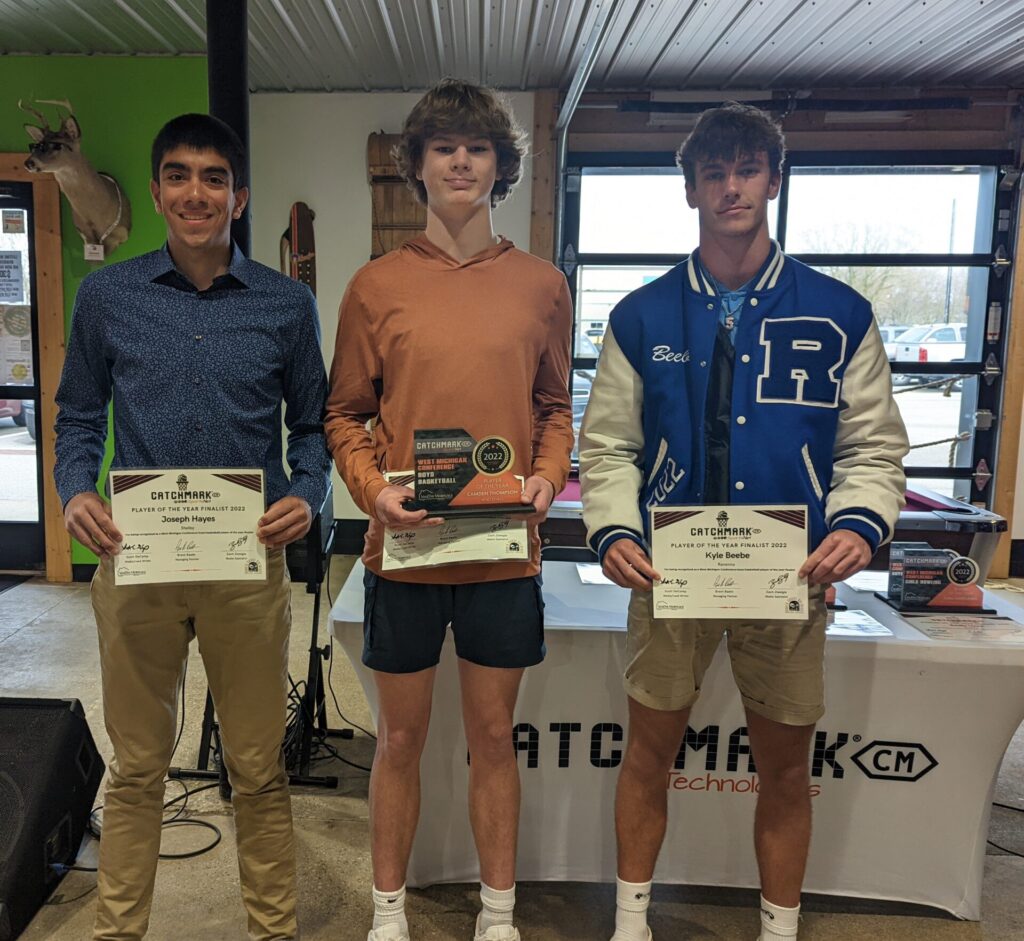 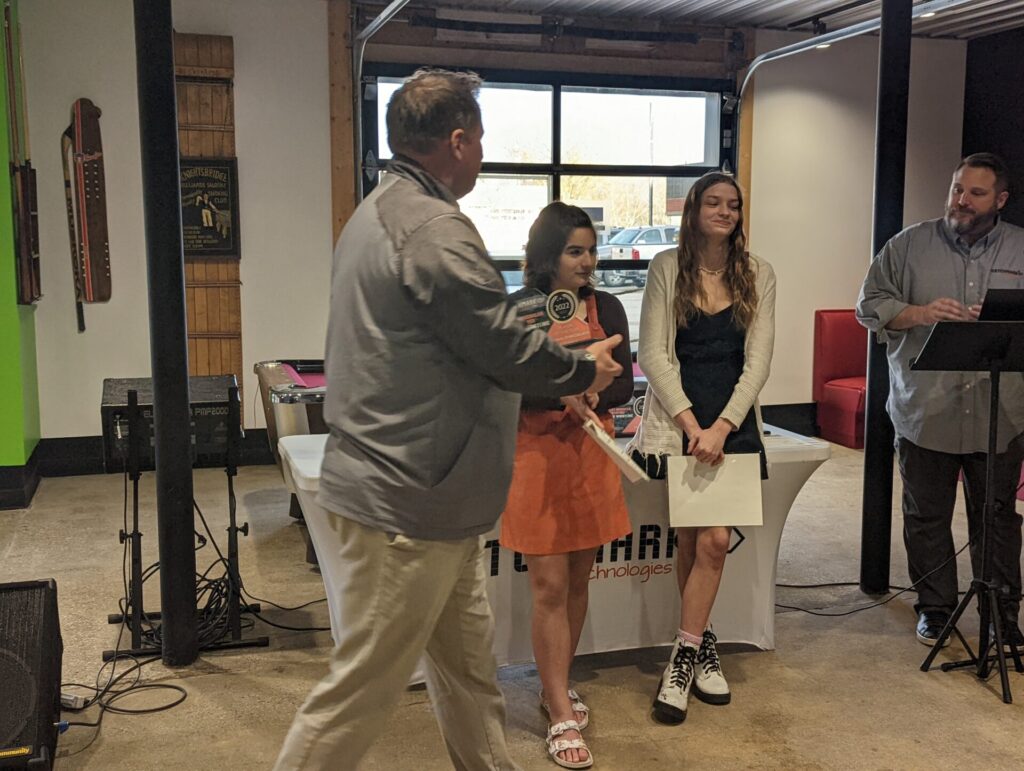 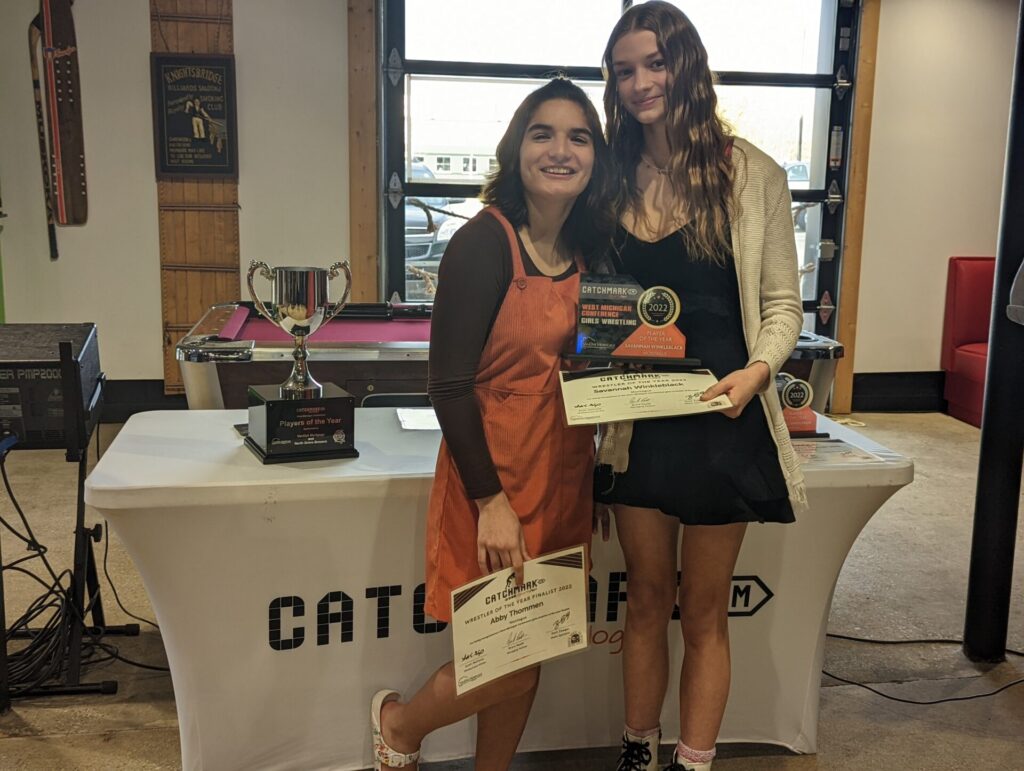 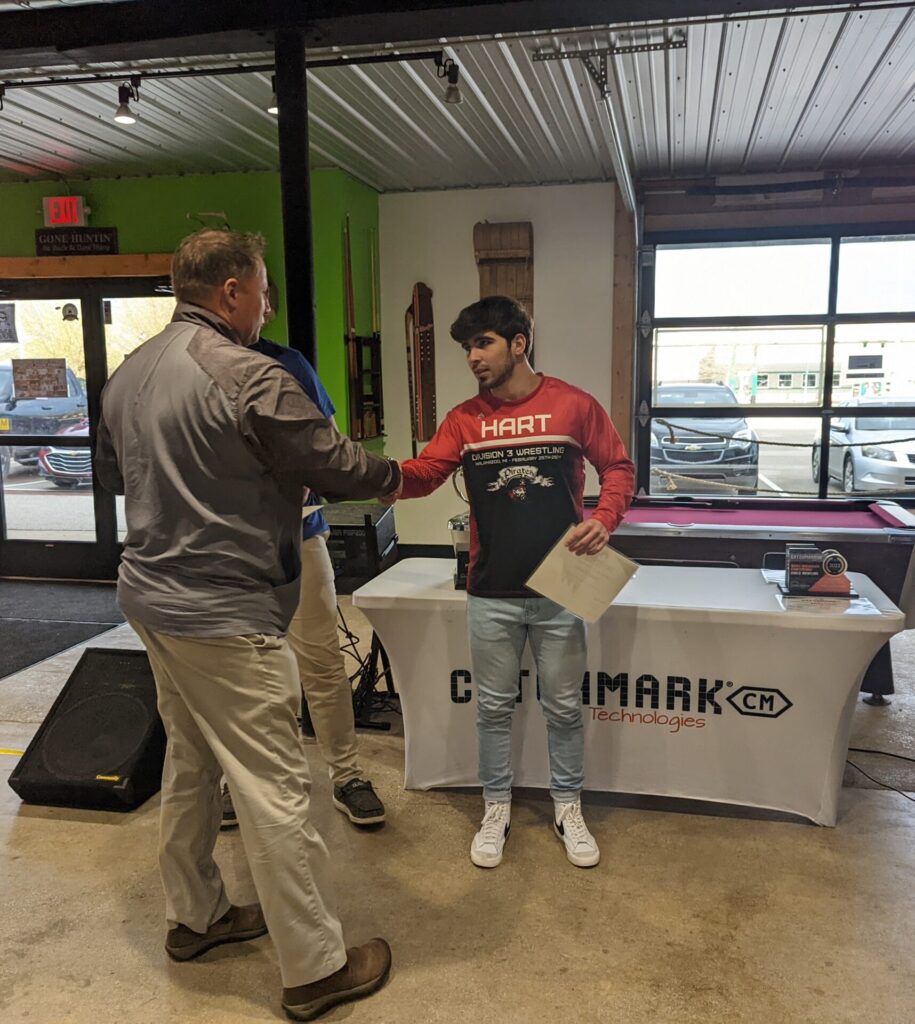 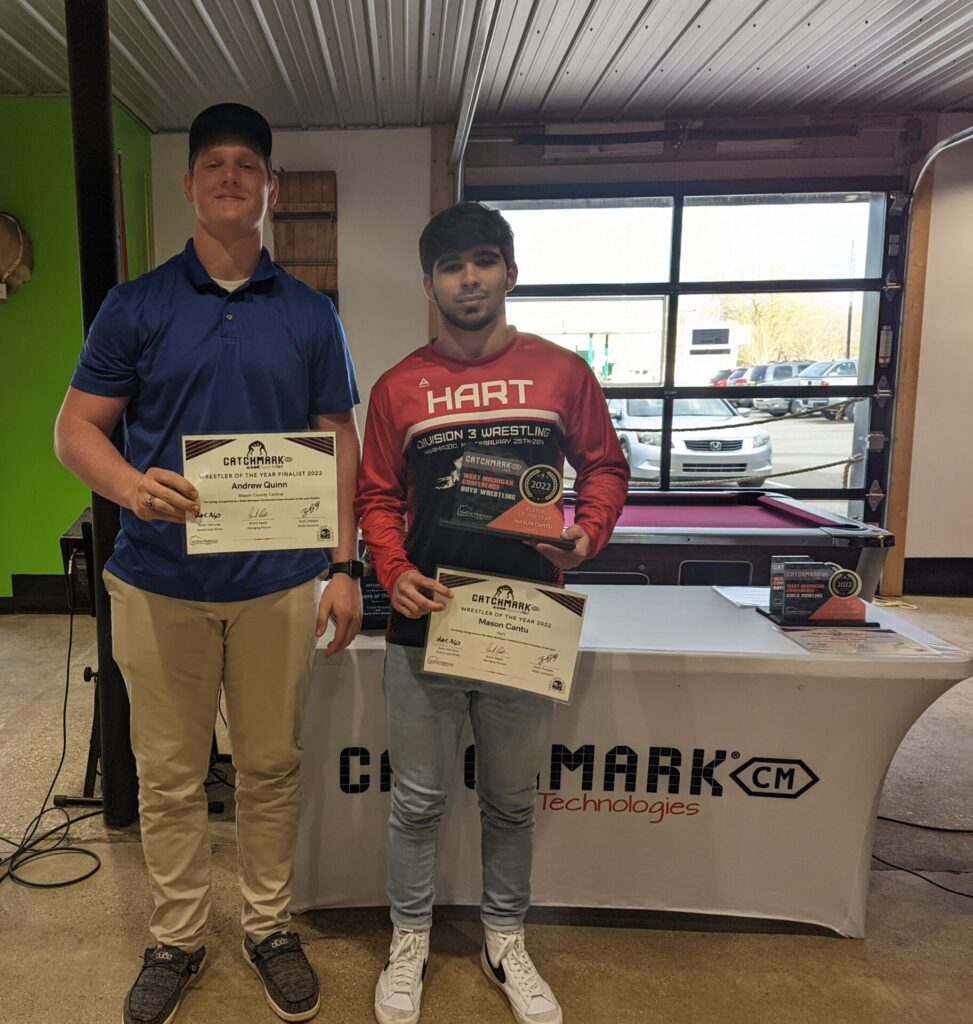 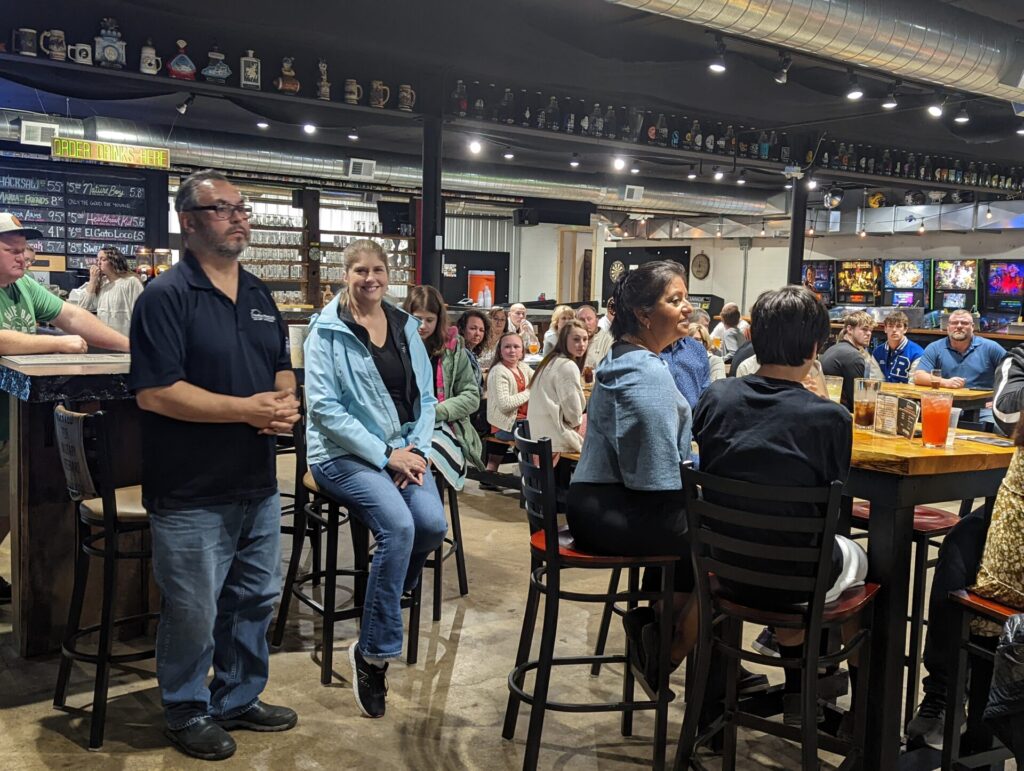 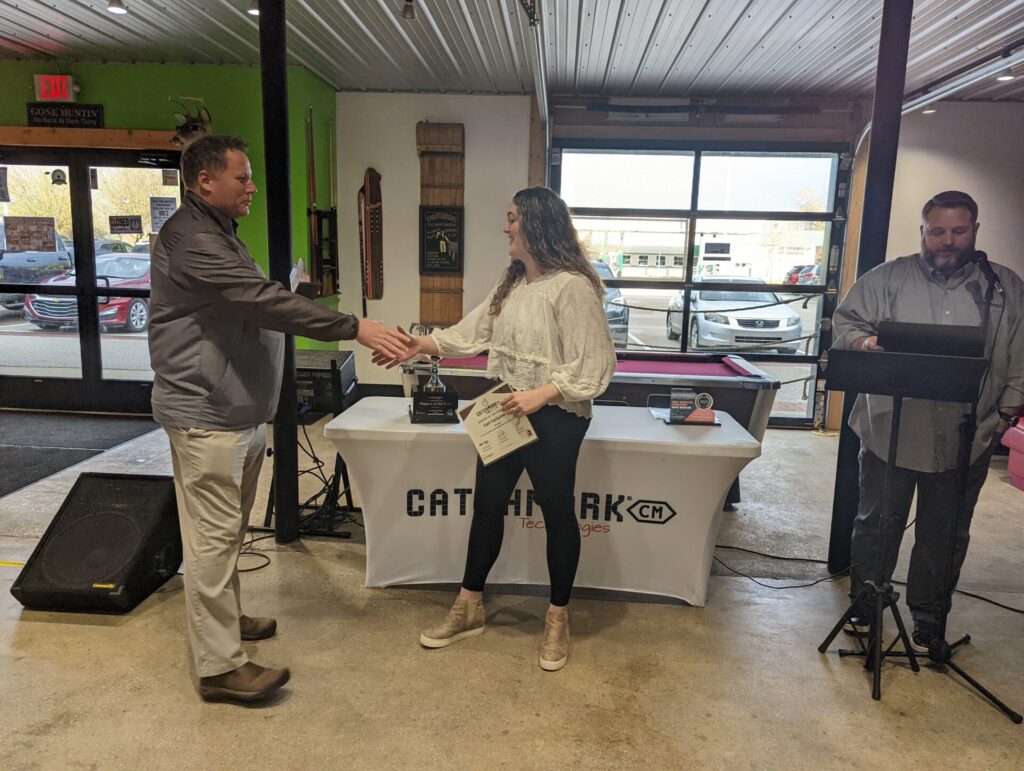 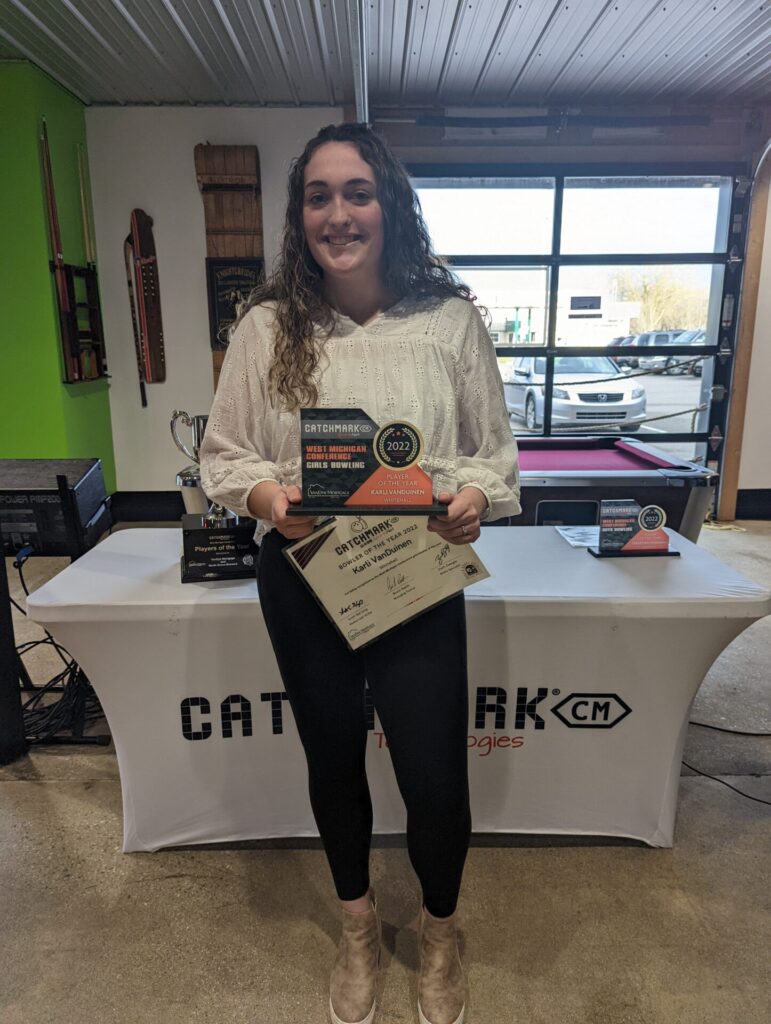 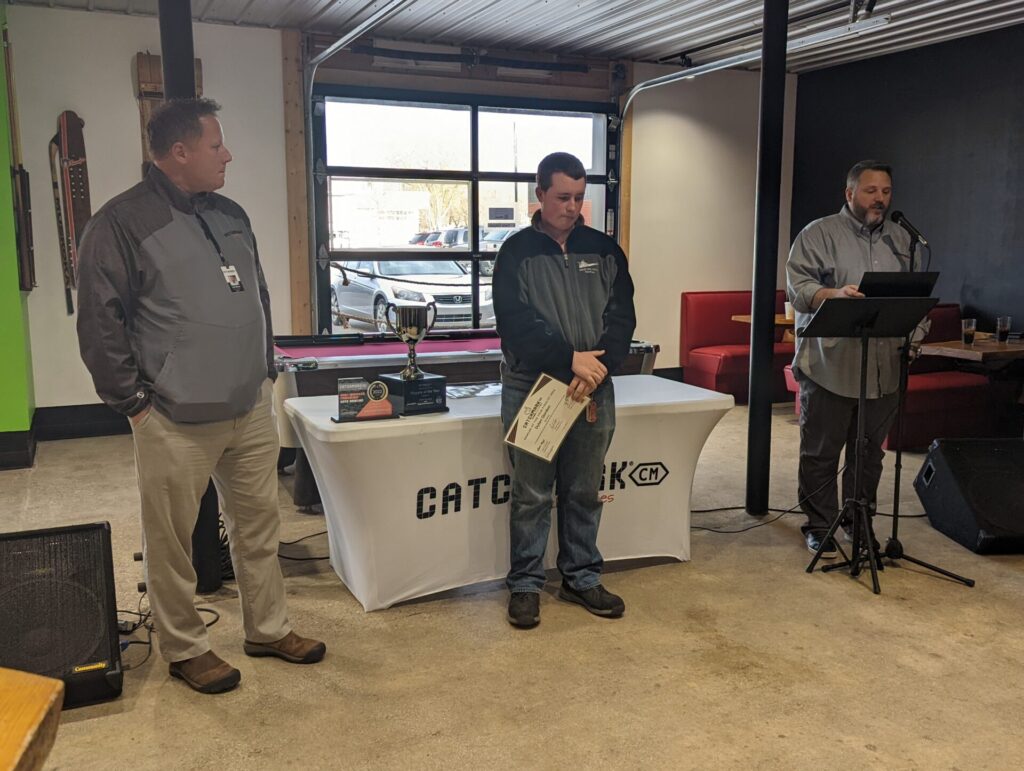 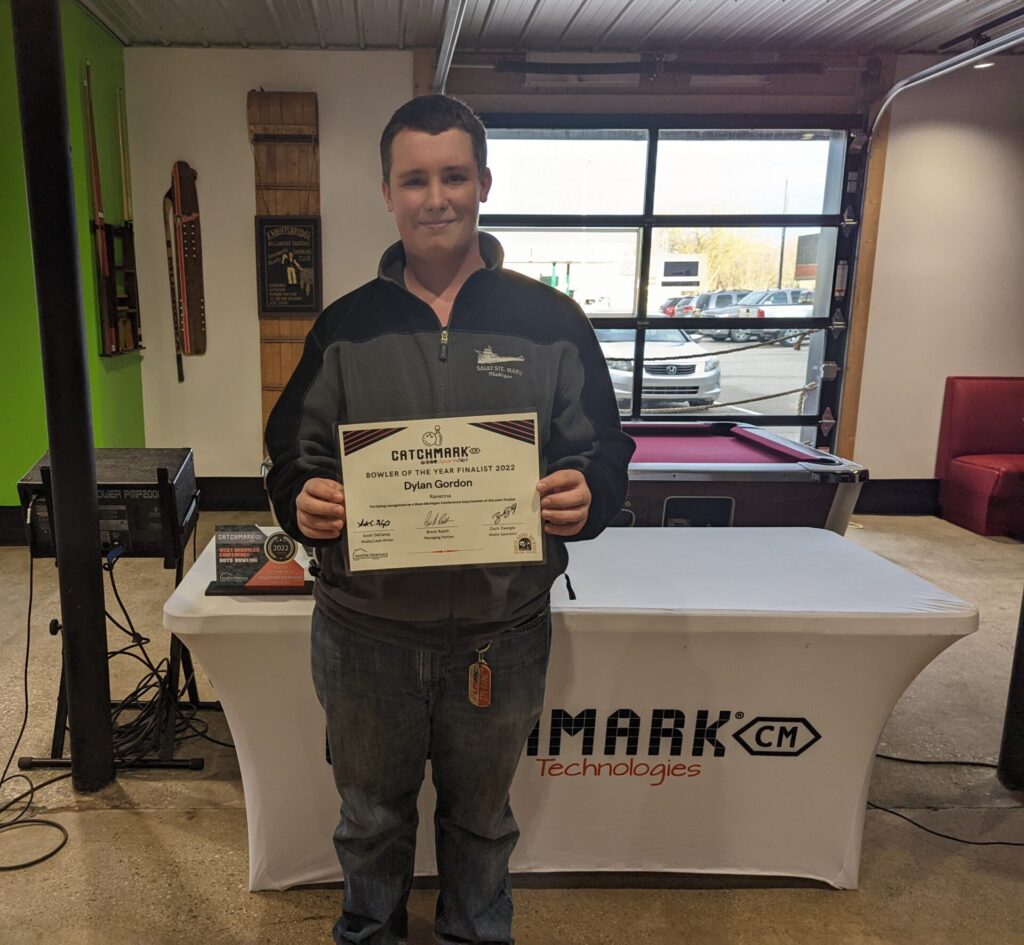 MONTAGUE — Spring sports are well underway for West Michigan Conference teams, but we couldn’t let go of the winter sports season without a proper send-off.

CatchMark SportsNet hosted the VanDyk Mortgage West Michigan Conference Player of the Year banquet Sunday night at North Grove Brewers, highlighting some of the top performers in the league from the 2021-22 winter sports season.

A crowd of 60-70 people attended the event, including student-athletes, their families and other supporters, plus members of the CatchMark team and those representing sponsors.

Three finalists from each of six winters sports were honored with all nominees receiving certificates and the Player of the Year winners presented individual trophies. A larger trophy with award winners’ names engraved on it resides in the CatchMark office in Whitehall, 112 E. Colby St.

The CatchMark SportsNet panel consisting of Raeth, Scott DeCamp and Zach Zweigle nominated three athletes for each sport. Our readers decided the winners through a fan vote that generated nearly 60,000 total votes.

CatchMark hosted a West Michigan Conference Player of the Year banquet for fall sports and plans to do the same for spring sports.

See the photo gallery and embedded video above for sights and sounds from Sunday’s banquet.