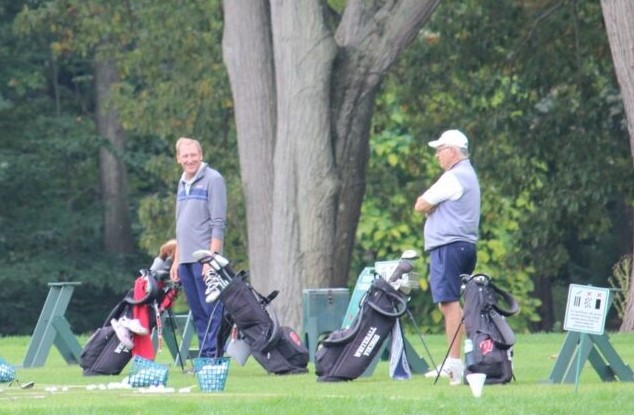 Boys golfers in the West Michigan Conference are eager to hit the links.

Without further ado, here are 2022 season preview capsules for teams in the conference that submitted info to CatchMark SportsNet. Only three of eight teams submitted info.

Genson said he hopes that Mason County Central will be much improved from last spring. The Spartans will be led by their four returnees, and they welcome 10 new participants to the team.

Tate said that Montague is looking to contend for the West Michigan Conference title alongside North Muskegon and Whitehall. The Wildcats’ goal is simply to get better every day, according to Tate. “Golf is a game that requires solid fundamentals and mental preparation. We have a lot of underclassmen, who have some very high goals for the team and for themselves,” Tate said. “We expect them to compete against anyone and plan to steadily improve from meet to meet.”

Season outlook: Longtime co-coach Borgman takes over as head coach after Greg Boughton coached Whitehall for 50 years. The Vikings have some quality players returning and talented freshmen. Borgman said it’s too early to tell how his team will do until it can get on the course and he can see their strengths and weaknesses. As a PGA professional, he will be working on the players’ swings to minimize serious misses and build a solid short game. Replacing all-stater Steven Cullen, who placed third at the state finals, will be tough. Cullen took first in 10 of Whitehall’s 13 events last season. Evan Mikkelsen was another key player for the Vikings who graduated last year.