Hall of Fame baseball player and coach, who was a longtime educator, leaves a lasting legacy. 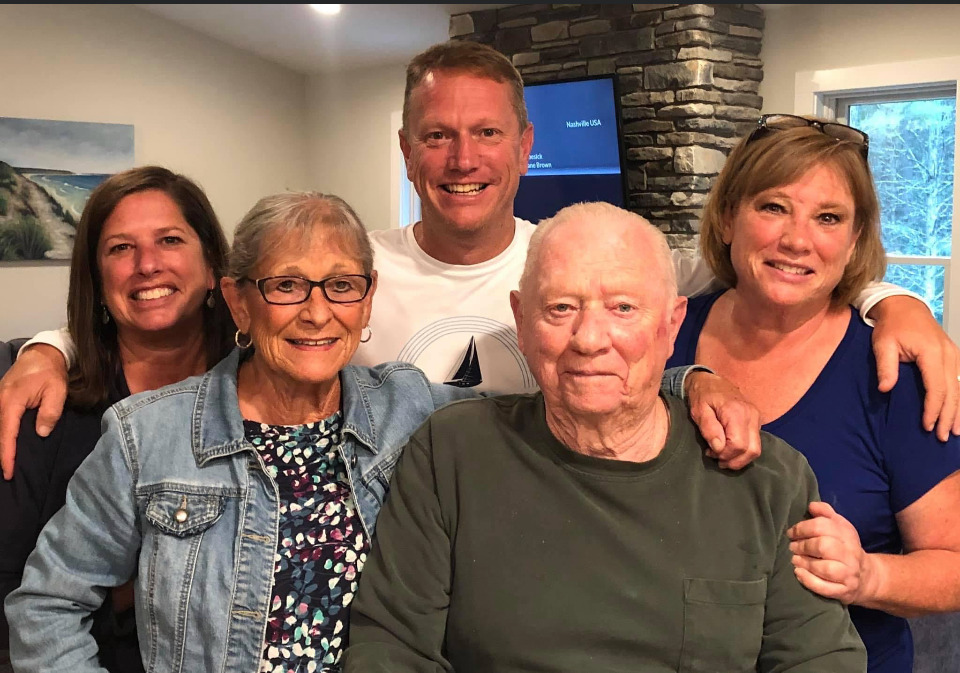 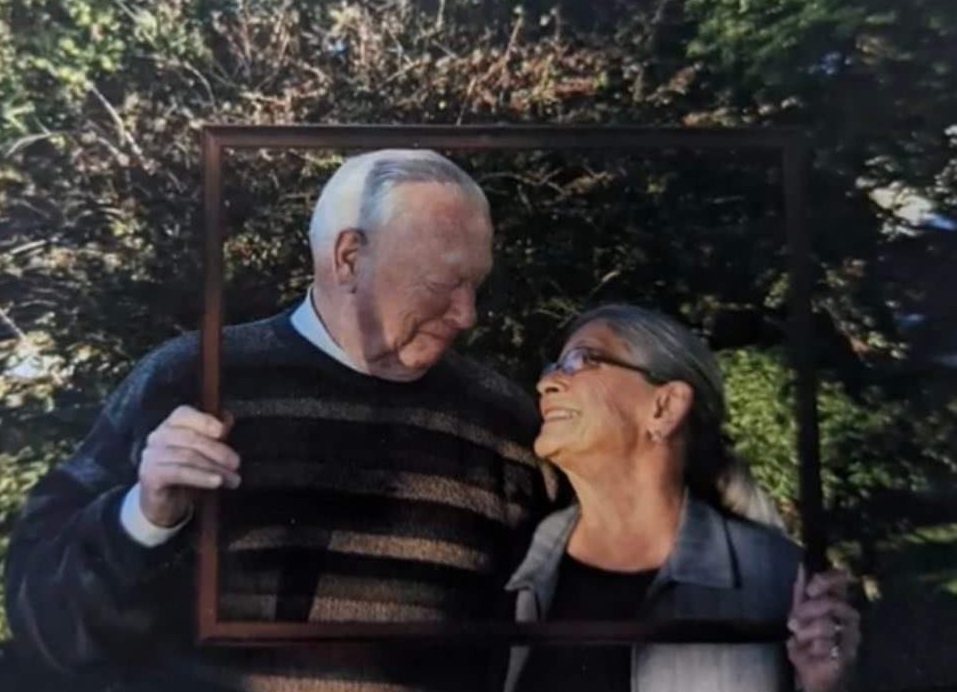 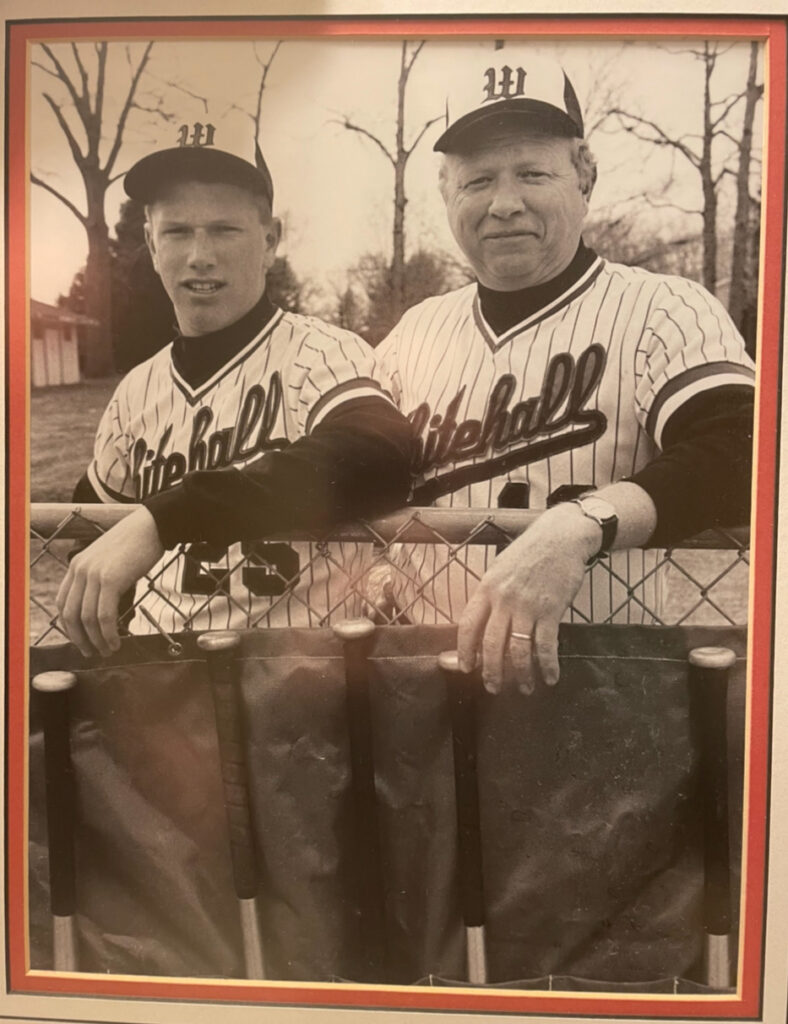 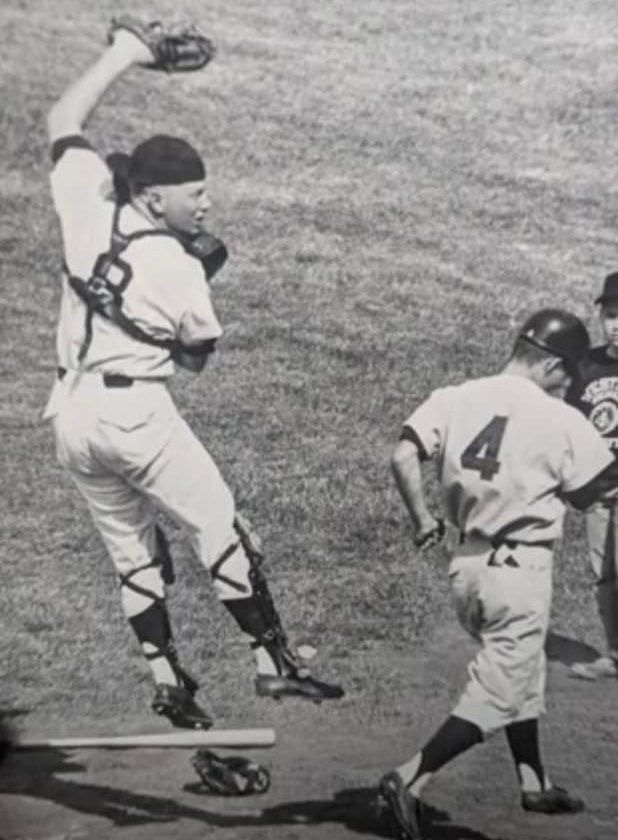 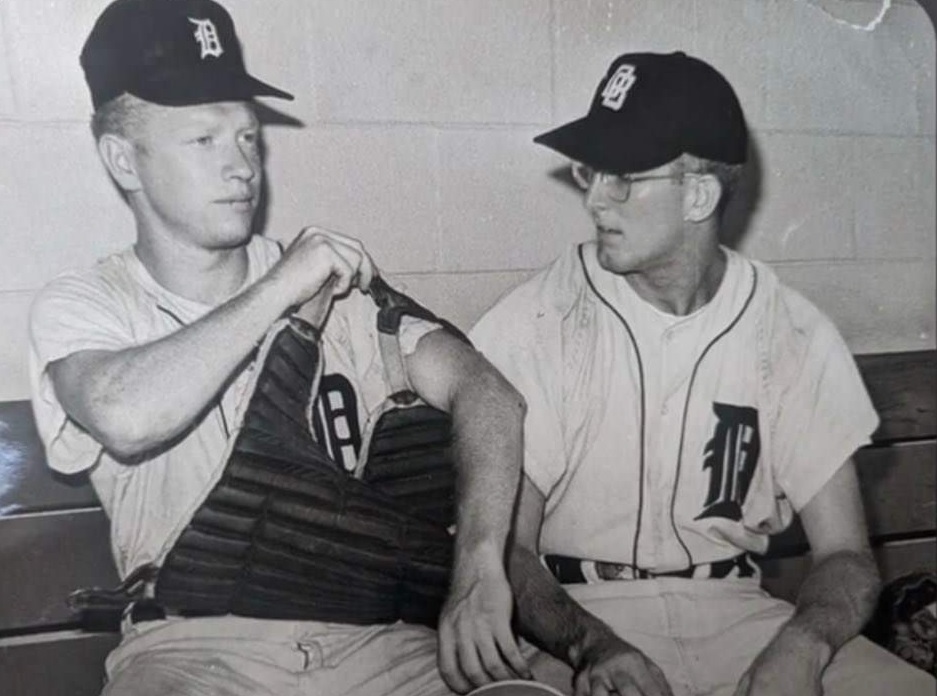 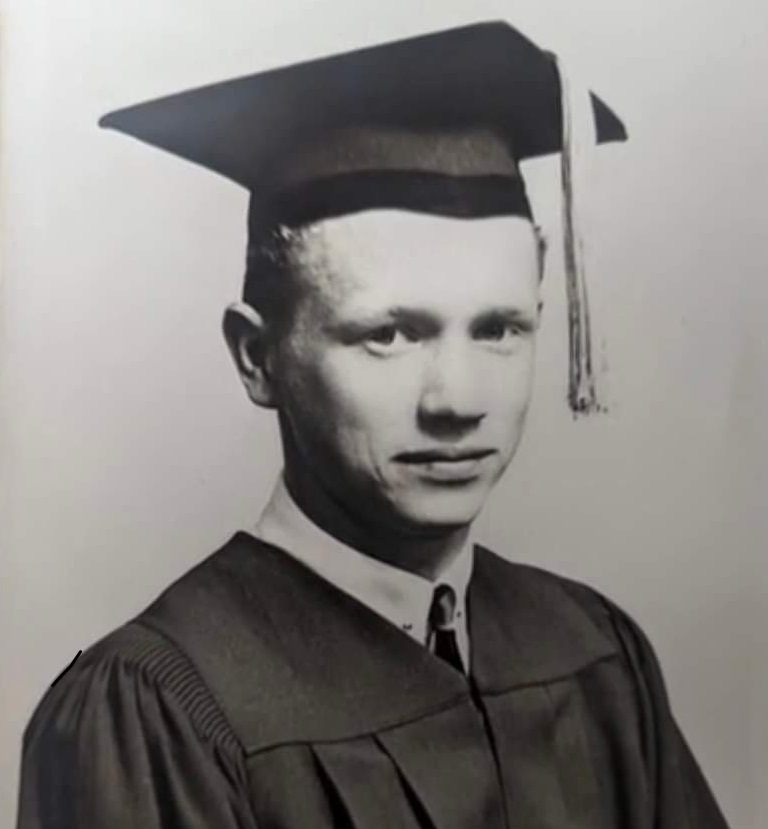 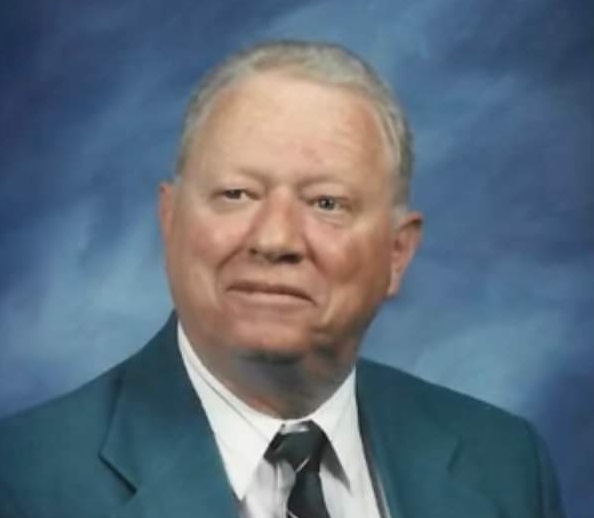 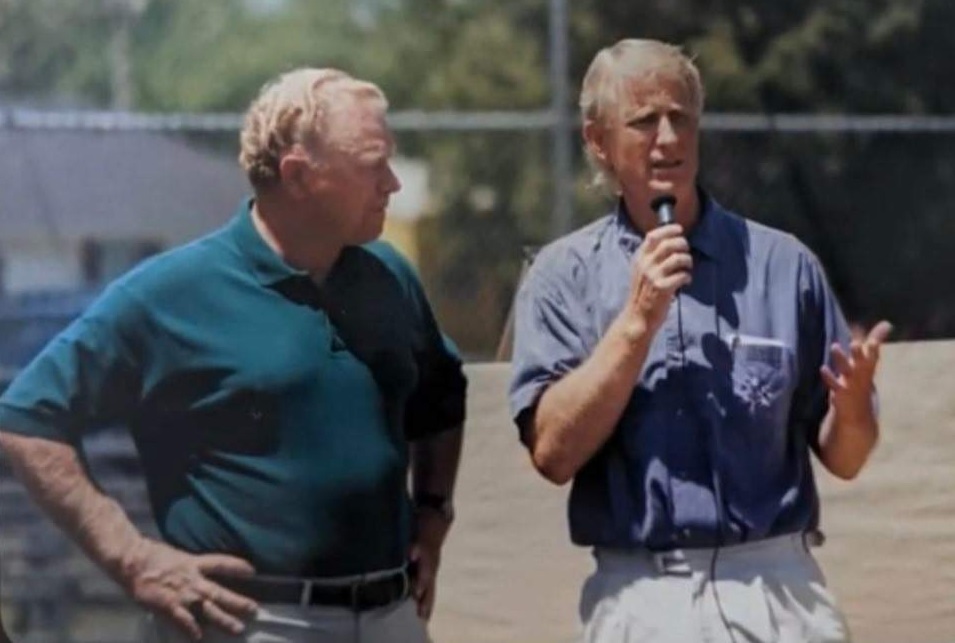 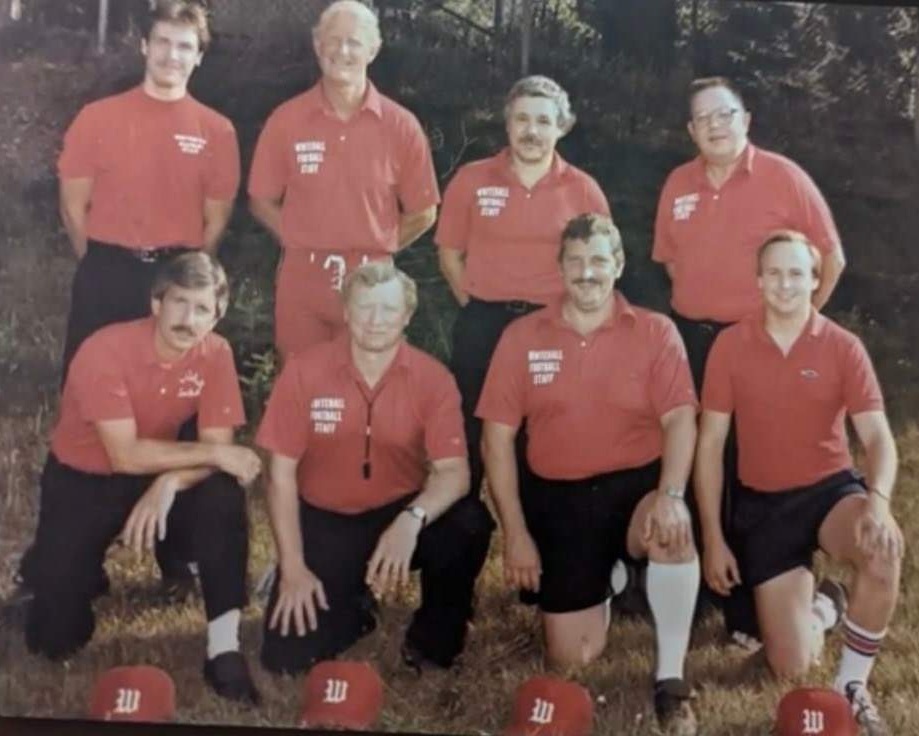 Photos courtesy of the Huizenga family

Whitehall graduate Jeff Moss recalled returning for an alumni baseball game when the Vikings’ field was dedicated to Huizenga. And when Huizenga blasted a home run with seemingly little effort and no warmup, Moss was once again left in awe by his coach and mentor.

“He goes, ‘It’s an easy game,'” Moss remembered with a warm smile. “We had a high school pitcher throwing and the first pitch he hit it out – he hit it out of the park. He was in his 50s, probably late-40s, early-50s. It wasn’t just a hit (that barely creeped over the fence). It was a smash.

“It was gone and he just kind of ran his mouth all around (the bases), telling us it was an easy game. We’re struggling to hit the pitchers and he just comes up and ‘Boom!’ He didn’t take BP or nothing. Yeah, we lost a legend.”

Huizenga died March 12 at the age of 79, passing away peacefully with family by his side. The Whitehall icon had battled bladder cancer and developed an infection, which led to other issues, according to son Kurt Huizenga.

John Huizenga touched many lives as an educator, including athletic director and coach, for 36-plus years at Whitehall District Schools.

Huizenga loved spending time with family, watching sports in person and on television, and being outdoors hunting and fishing. He was a fierce competitor, too, and that continued well into his later years.

Huizenga also was known for his humility. He didn’t need to boast about his abilities, accomplishments or knowledge. He possessed quiet confidence, and he was universally respected.

“He loved to compete. If it was cards, or I played him probably 1,000 games of ping pong from 7 years old to 14 years old. He never let me beat him. I mean, never,” said Kurt Huizenga, who followed in his father’s footsteps as a standout baseball player and Whitehall educator and coach. “At 65, he’d still beat me at H-O-R-S-E.

“He was just a phenomenal athlete. Humble – he kept me very grounded. You see that in Casey (Huizenga’s, Kurt’s son and John’s grandson). We’ve kind of passed that on. One of his players said he played for my dad for three years, never knew how good he was. Like, he was an All-American, played for the Tigers. (The Whitehall player he coached) never knew that. He just kind of went about his business. Really humble.”

Huizenga’s legacy carries on. Between John, Kurt and Casey Huizenga, they’ve combined for more than 60 years in the Whitehall High School baseball program. That’s three generations of Huizengas, making an impact through education and baseball at Whitehall, as Kurt helped coach the Vikings for nearly two decades and Casey is coaching in the program now.

Current Whitehall baseball coach Warren Zweigle, who is in his 28th season at the Vikings’ helm, sees John’s qualities in Casey. Core values were evident in John Huizenga, Zweigle said, and that’s carried out by Kurt and Casey.

Zweigle said John Huizenga grew a bit ornery with age, but he’s held him in high regard since their introduction.

“I’ve never seen core values so deeply rooted in three generations. That speaks volumes,” Zweigle said. “When I came to Whitehall, it was my first varsity baseball coaching job … . I knew John because of his love for baseball and he was like my mentor. He was all about, ‘Let me know what you need.’ He’d come by a couple of practices.

“We got to be pretty good friends and I actually knew him before I knew Kurt. Kurt went on to be my long-time, 19-year assistant and that was because of John and my relationship with John first. He would do anything. He would talk to kids. If you wanted help with practices plans or schedule advise, he was my go-to.”

Baseball was not John Huizenga’s only area of expertise. Huizenga never played football in high school or college but coached it at Whitehall.

His real gift was connecting with young people, his son said. He had a knack for getting kids to play sports.

On the other hand, Huizenga was not one of those parents who had to coach his son in every sport. He guided Kurt but let him grow on his own, too. He did not coach his son until Kurt’s freshman year in basketball.

“He got everybody that was capable on the field. Kids just respected him — not so much screaming, yelling, throwing temper tantrums,” Kurt Huizenga said. “You knew when you messed up with him – he just had to look at you. Put his hands on his hips and look, and you just knew something was awry.

“He respected the game. His athletes respected him. I got messages from Montague baseball players, how they appreciated him. Whenever my dad was talking, they tried to listen. Rivals respected him, coaches, officials. He was very just low-key. He didn’t think he was affecting much, but the effect that he had … just the way he went about his business.”

Montague baseball coach Kevin Buchberger competed against Kurt Huizenga in high school, during John’s coaching tenure with the Vikings, but they also grew up playing Little League together in White Lake and reunited as teammates at Aquinas College.

Buchberger considered it an honor to play against John Huizenga-coached teams and he still holds the utmost respect for him.

“He was just a great guy,” Buchberger said. “His presence is just felt.”

Huizenga was born in Allendale, the son of Cornelius J. Huizenga and Josephine Aerts. He lived in Kent City as a youngster, then his family moved to Muskegon.

Huizenga was a three-year starter for legendary Muskegon High baseball coach Harry Potter during a time when the Big Reds dominated on the diamond. During his junior season at WMU, Huizenga batted .409 and did not commit a single error over a 42-game schedule.

Huizenga was drafted by the Tigers in the fourth round in 1965. He started out at Class A ball in Daytona Beach, Fla., and Rocky Mount, N.C. In 1966, his contract was purchased by the Baltimore Orioles before he was brought back to the Tigers the following year. He played Triple-A ball in Toledo, but his opportunity to secure the starting catcher spot for the Tigers was very slim because he was behind all-time great Bill Freehan.

In 25 years as Whitehall’s baseball coach, Huizenga amassed a record of 398-177 with 13 West Michigan Conference titles and seven county championships. His coaching career ended in 1993, three years after his son graduated from Whitehall. Huizenga was a man of many hats. He also officiated various sports.

He is survived by his biggest supporter and the glue of the Huizenga family, wife Verona “Roni” (Savoie) Huizenga. He’s also survived by daughters Kristin McGrew and Karey Parling, sister Delores Thisse, eight grandchildren and one great-grandson.

Kurt Huizenga said the family is starting a baseball fund for a scholarship in his father’s honor. Memorial contributions may be made to the Huizenga Family Baseball Scholarship fund by sending checks to Whitehall Schools, 541 East Slocum St., Whitehall, MI, 49461.

“His favorite thing, his favorite person, is obviously our ‘Ma,’” Kurt Huizenga said. “She took care of him and did everything she could do so he could do what he did. We always try to figure out how many games she sat through between him, grandkids and my years. My mom is still at Casey’s basketball games. He coached freshman basketball and she went to three of his games with all this stuff going on (recently).

“Just the impact he’s had on all the grandchildren. I mean, his previous athletes, like some of the words (that were said at his memorial services): ‘Mentor; father figure; great coach; great guy, better person; favorite teacher; favorite coach; a gift to so many; positive influence; kind; amazing leader; humble; legend; great listener; respected colleague; respected rival.’ Those were just some of the words used by people sending me messages.”