Four individuals and one team enter the Hall of Fame.

WHITEHALL — After a year without an induction ceremony because of the COVID-19 pandemic, the annual Whitehall Sports Hall of Fame banquet resumed Saturday night at the White Lake Eagles.

More than 130 current and former Vikings athletes and community members gathered to celebrate the 10th class of inductees.

“We are so privileged to finally have a chance to share with everyone a new and extremely worthy class of Whitehall Hall of Fame inductees,” Hall of Fame president Jim Morningstar wrote in a letter to the guests.

Since 2011, the Whitehall Sports Hall of Fame has recognized different athletes each year, with the exception of 2020. Attendees were thrilled to reunite in person with the purpose of acknowledging the aforementioned honorees.

The evening began with a social hour, where inductees and guests were able to mingle and share stories of times past. Conversations stretched from anecdotes on the golf course in 1960s, to the recent Whitehall football team’s rivalry victory over Montague. “Viking Spirit” was certainly in the air.

As the ceremony began, opening remarks from committee member Kirk Mikkelson hushed the room. After an expressing an abundance of gratitude to many for making the event possible, Mikkelson introduced master of ceremonies Gregory Boughton. The 50-year Whitehall golf coach, who announced his retirement this season, drew applause and smiles from every corner of the room. The lifetime Viking is easily recognizable and captured the hearts of many during this tenure.

Dr. Yvette M. Resto, a 1981 graduate of Whitehall High School, was the first inductee of the evening. The Muskegon-born track star utilized her induction platform to shed plentiful optimism upon her fellow Vikings.

“I tell people the joy that I have is about life. It’s about what (God) has done for me. It may be cloudy, but the rainbow is there because there is a good thing that is going to happen at the end of the rainbow,” Dr. Resto said during her acceptance speech.

The standout athlete still holds track records in the long jump and 220 low hurdles at Whitehall High School. She earned a bronze medal in the 1980 Junior Olympics.

In addition to her athletic successes, Resto earned a Doctorate Degree of Theology through the Empowerment Theological Institute and Bible Seminary of Chicago. In 2019, she released her first book titled, “Do Not Let Your Pain Define You.”

Longtin took the podium as the sole representation of his former teammates and shared the stories of their Class B golf competition and highlighted the team’s low score of 319.

The third inductee, John Furlough, is a 1968 graduate of Whitehall HIgh School. At Whitehall, Furlough participated in football as a freshman and was a four-year basketball contributor where he made some of his closest friends to date. Furthermore, Furlough offered much more than just his athletic talent to Whitehall.

After graduation, Furlough returned to Whitehall High School for 35-plus years, where he worked as a detention supervisor, security officer, coach and event assistant. His passion for Whitehall athletics is unmatched as he spent countless hours for the department that he cherished.

In his acceptance speech, Furlough thanked many individuals, including former teacher and coach Ron Bekius. In a story about providing baseball gloves to those who did not have them, Furlough said, “He was the first coach to ever cross Russell Road into our neighborhood. Mr. Bekius, we love you.”

As a retiree, Furlough is still recognized and appreciated by many Whitehall graduates.

Ken Jahn was the fourth inductee to see the podium. The long-time mentor for many spent the better part of his 45-year teaching career as a pillar of Whitehall athletics. As a coach of football, boys and girls track, and cross country, Jahn was given to the opportunity to mold an unfathomable amount of athletes at Whitehall.

Jahn offered an instrumental contribution to the development of the cross country program in the early-1970s. In the highlight year of 1979, Jahn coached two individual state champions: Guy Jacobson for the boys team and Gail Burch for the girls team.

More than a dozen individual state champions were crowned under Jahn’s direction. The local icon spent his time in the limelight discussing the impact he had on athletes, but more importantly the impact they had on him.

The final inductee of the evening was lifelong Whitehall resident Jack Belinger. The 1963 graduate earned the Byam Award Winner as a senior, which goes to Whitehall’s male athlete of the year.

Throughout his time at Whitehall High School, Belinger contributed heavily to the success of the football, basketball and track programs. The most notable achievement was an undefeated season for the 1962 football team, for which he led the Vikings in rushing yards and touchdowns.

After receiving his award, Belinger shared stories of the athletic successes throughout his time at Whitehall. The detailed memory of events portrayed by Belinger created an easily painted picture of the time period and generated laughs among the audience.

In closing remarks, Mikkelson set Nov. 5, 2022, as the date for next year’s Hall of Fame banquet.

“Our Hall of Fame program will remain steadfast in ensuring that our great athletes and coaches will continue to be recognized and honored for their accomplishments for years to come,” Morningstar said. 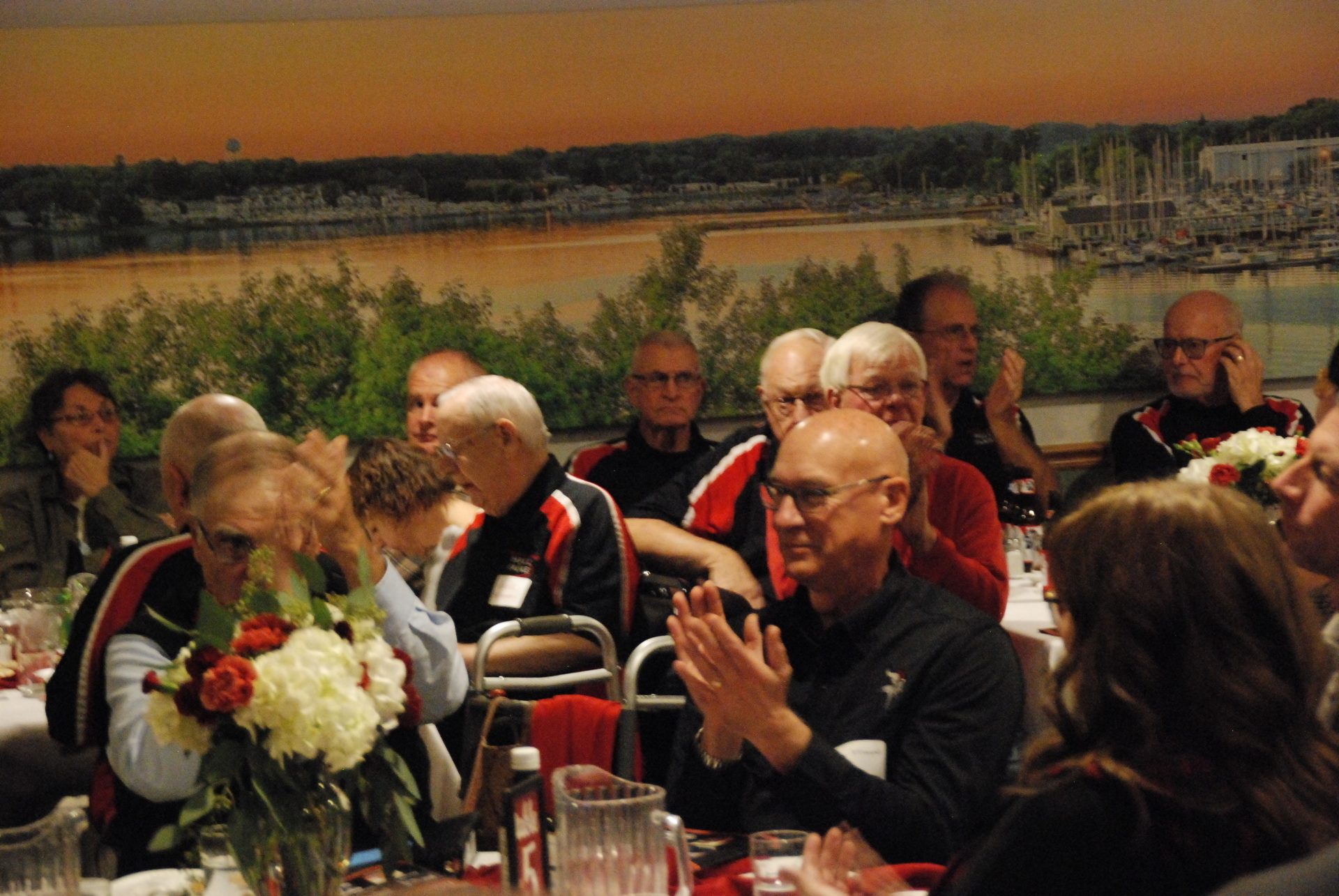 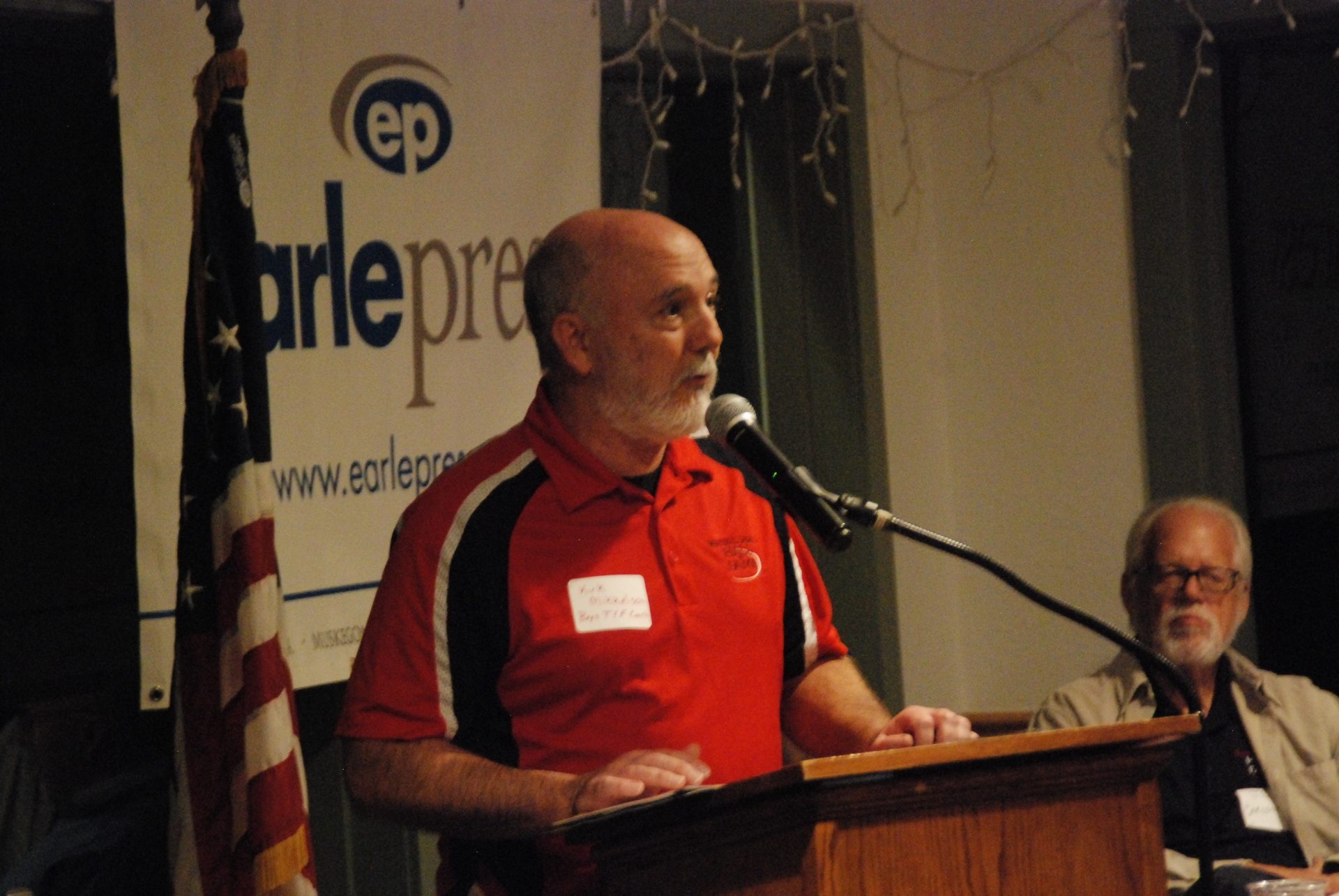 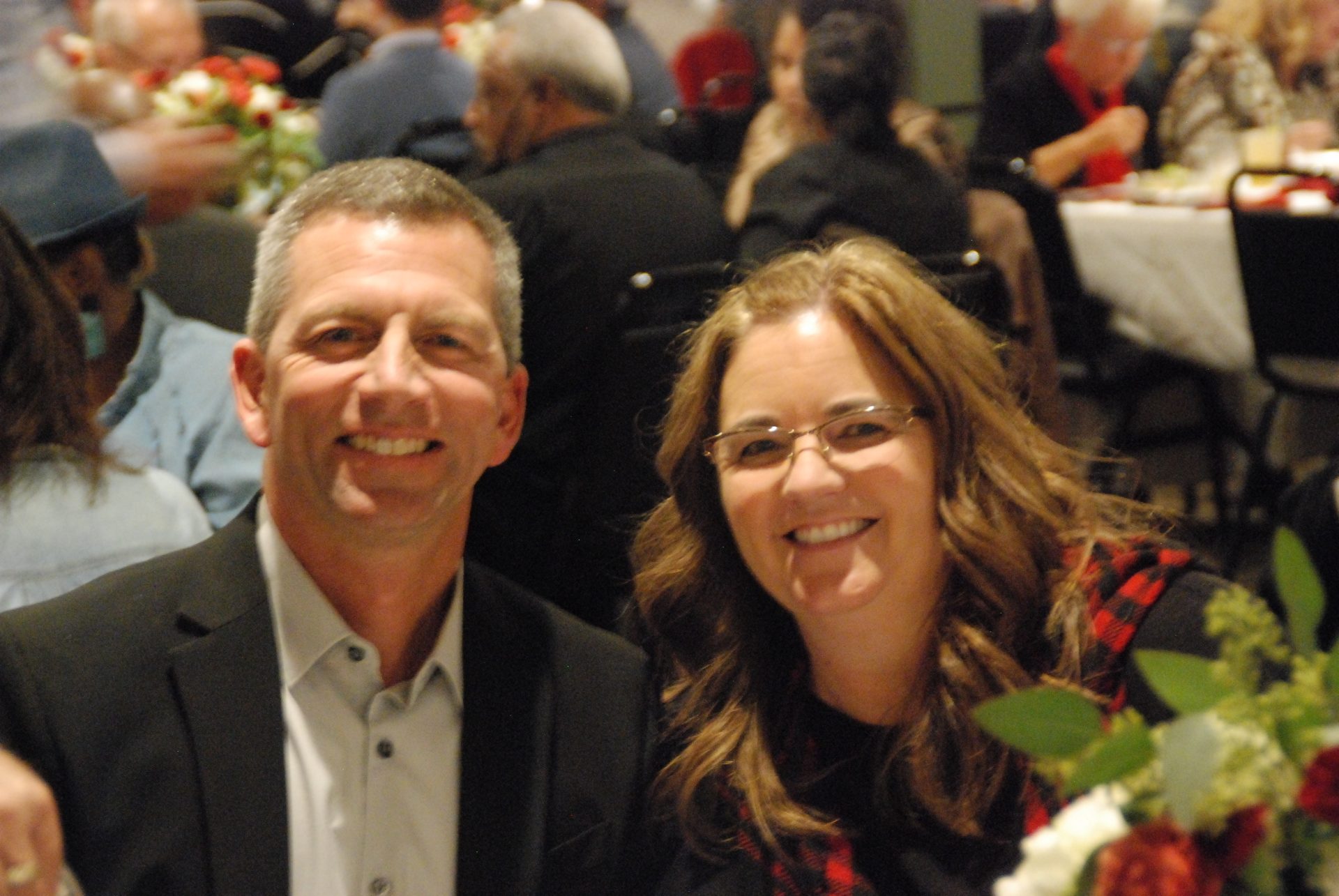 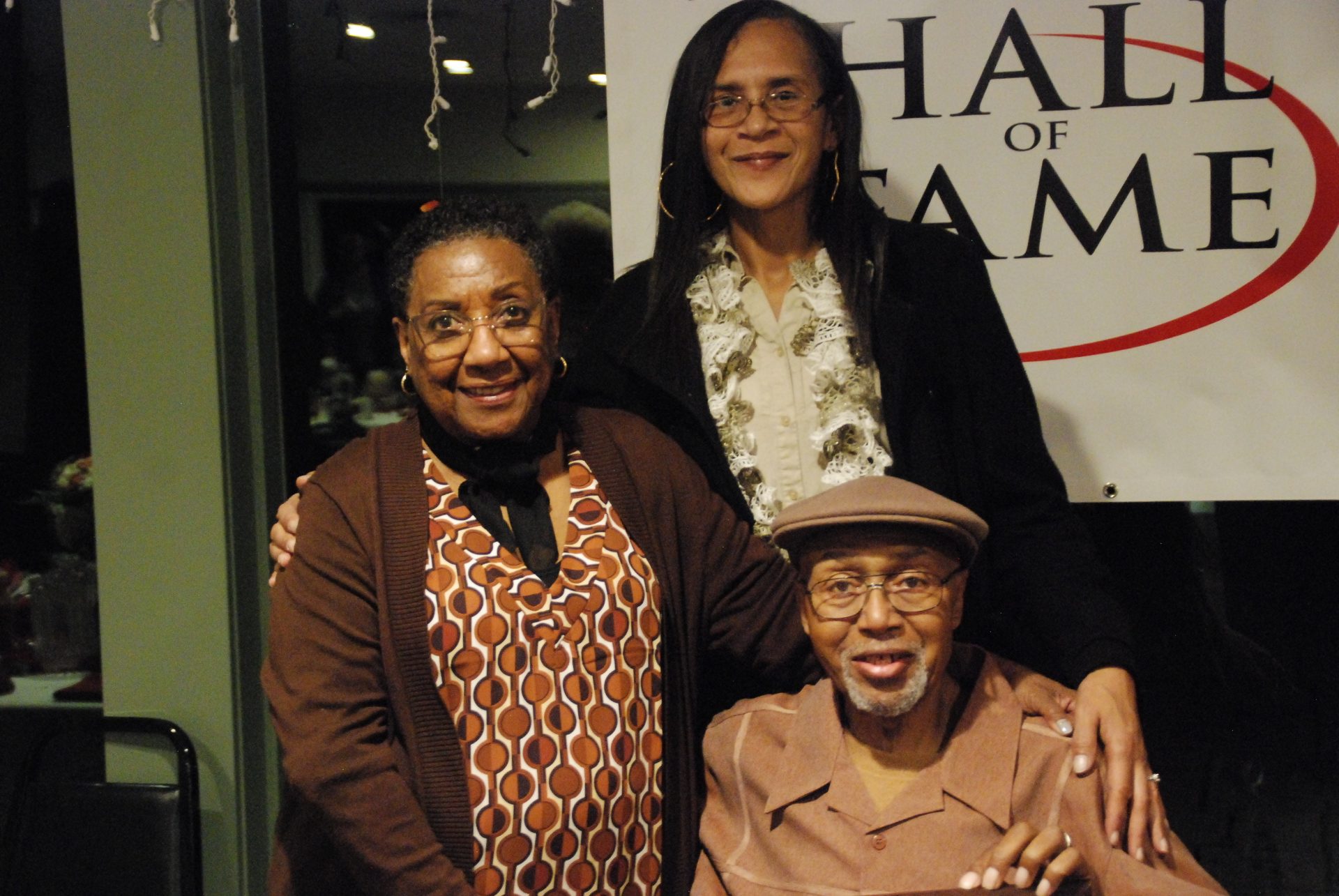 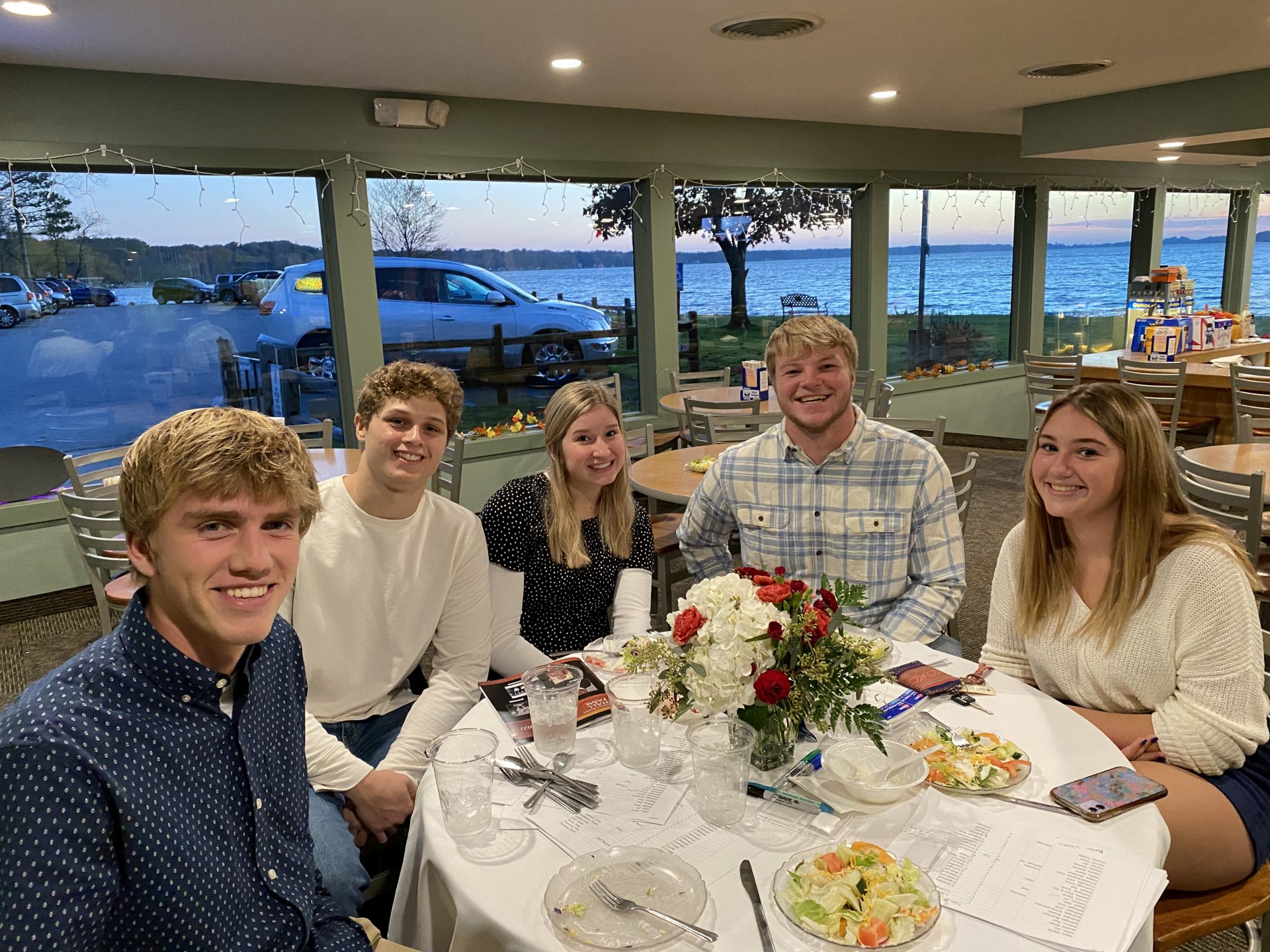 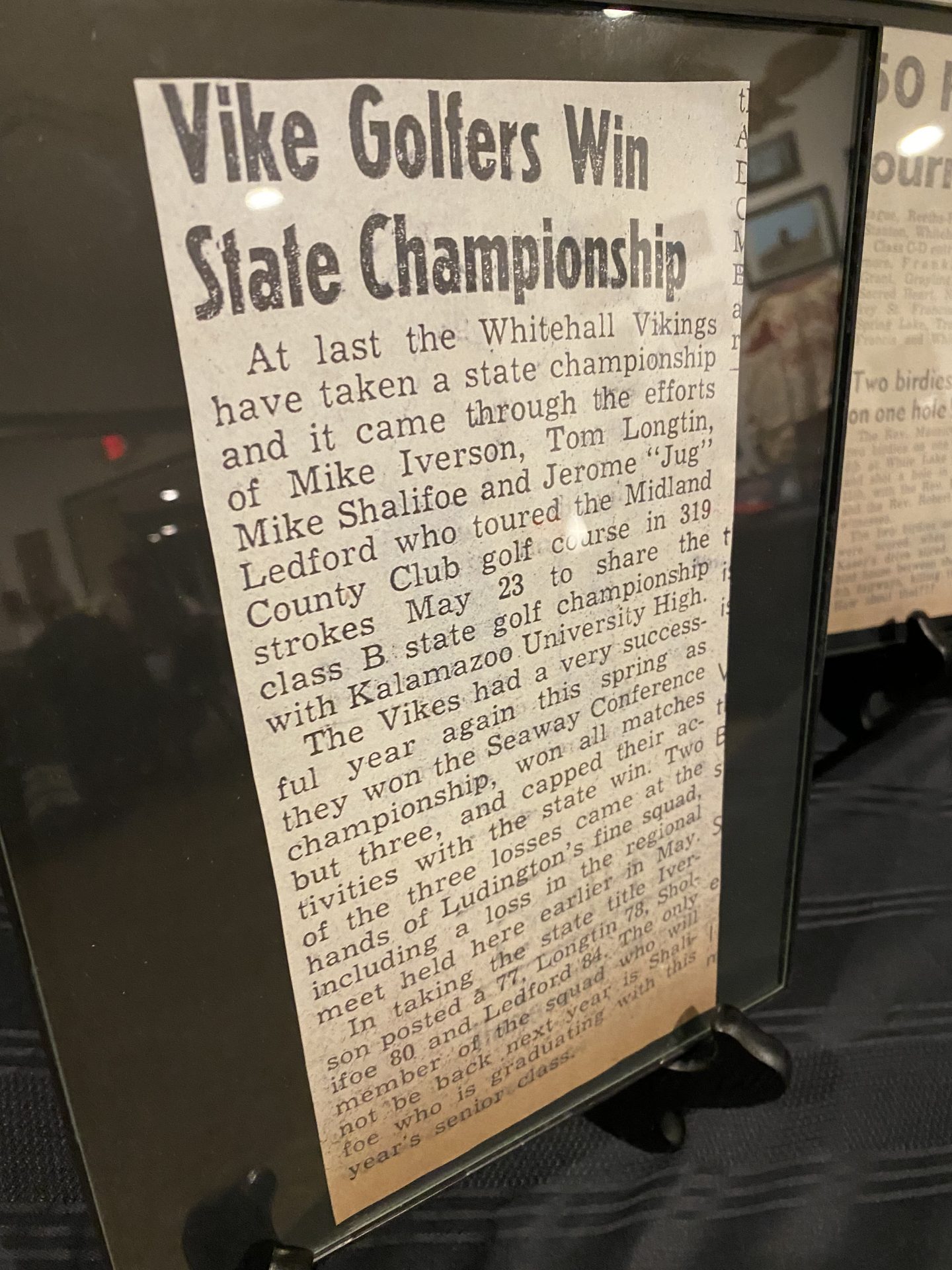 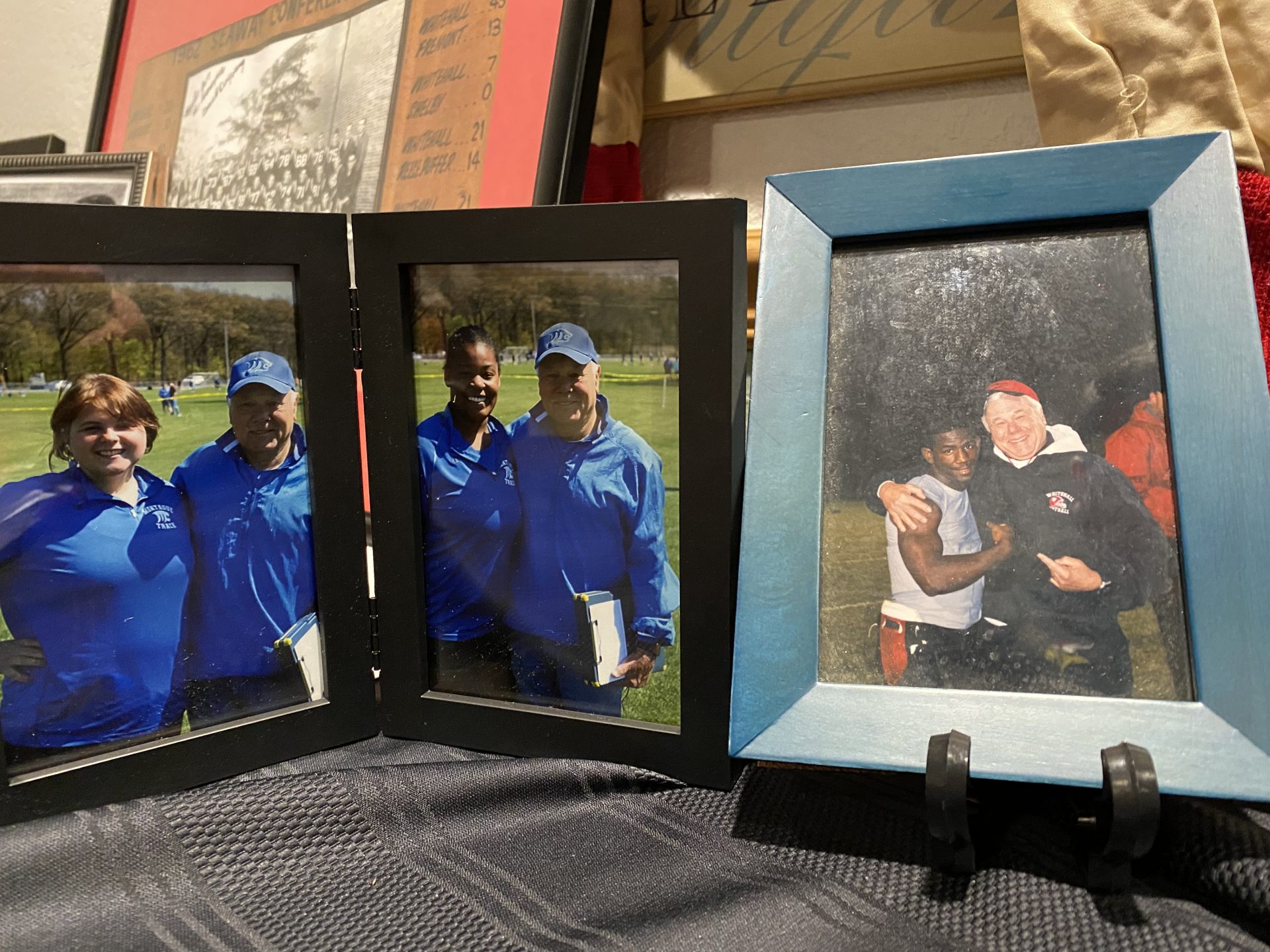 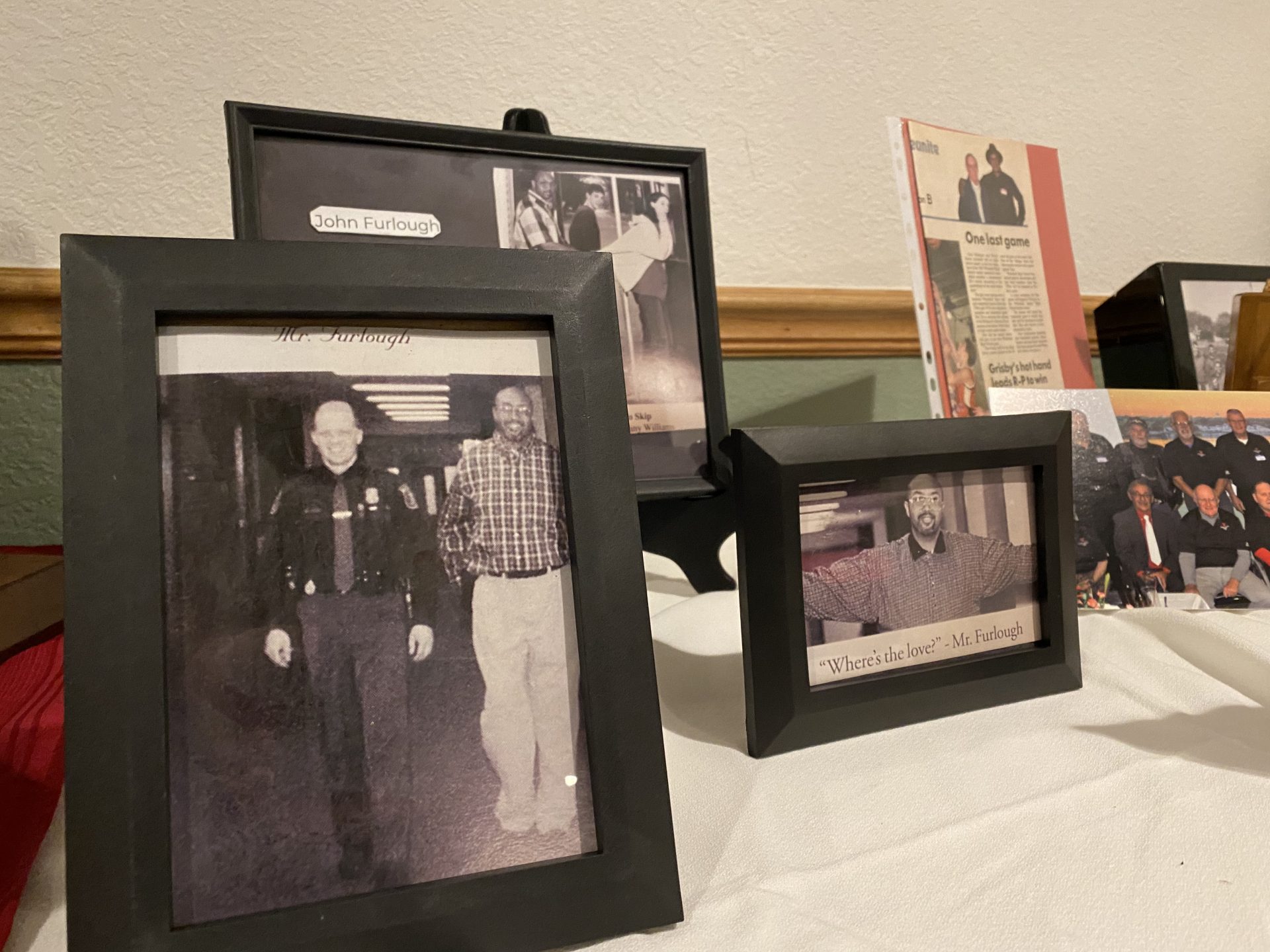 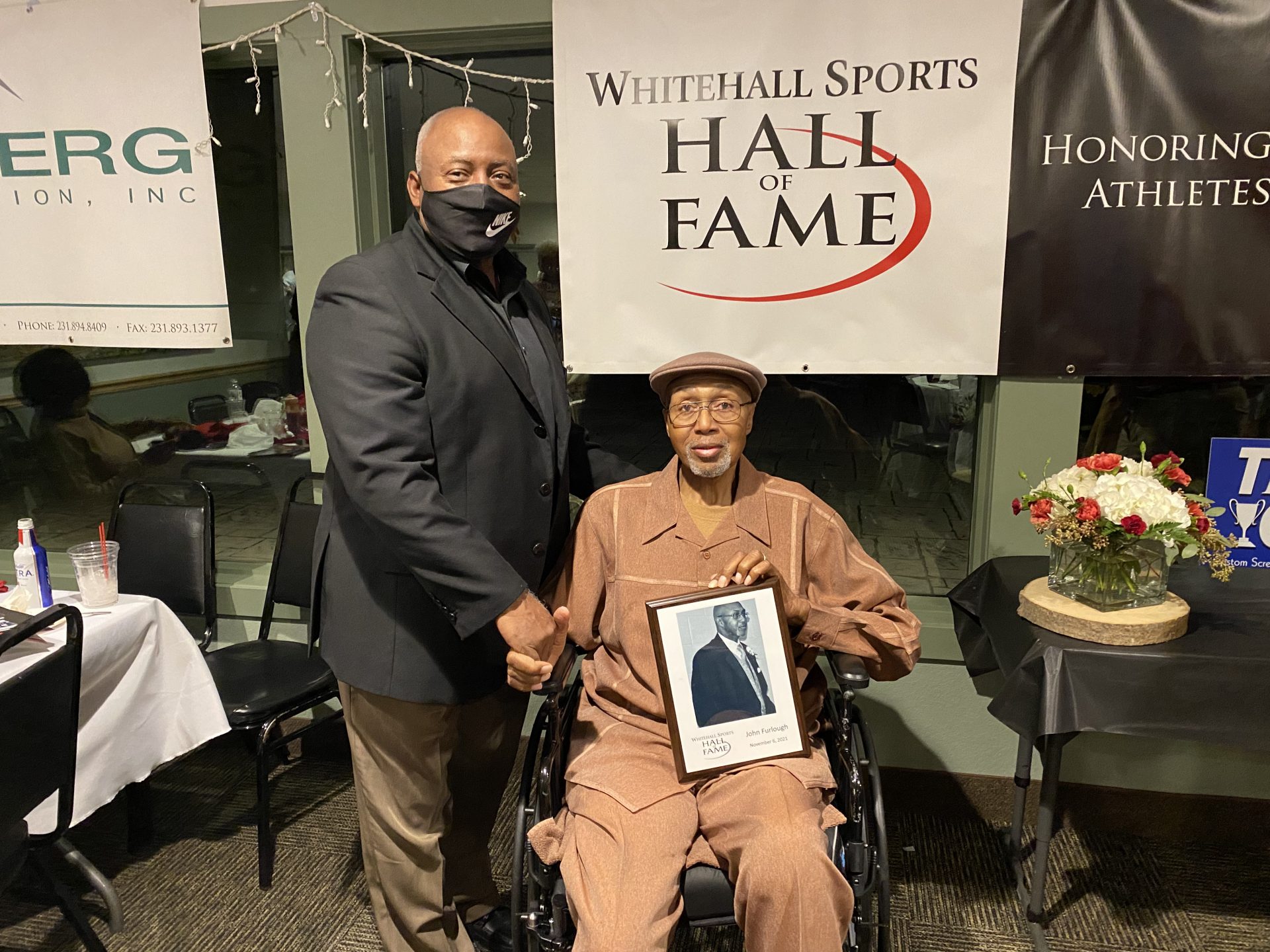 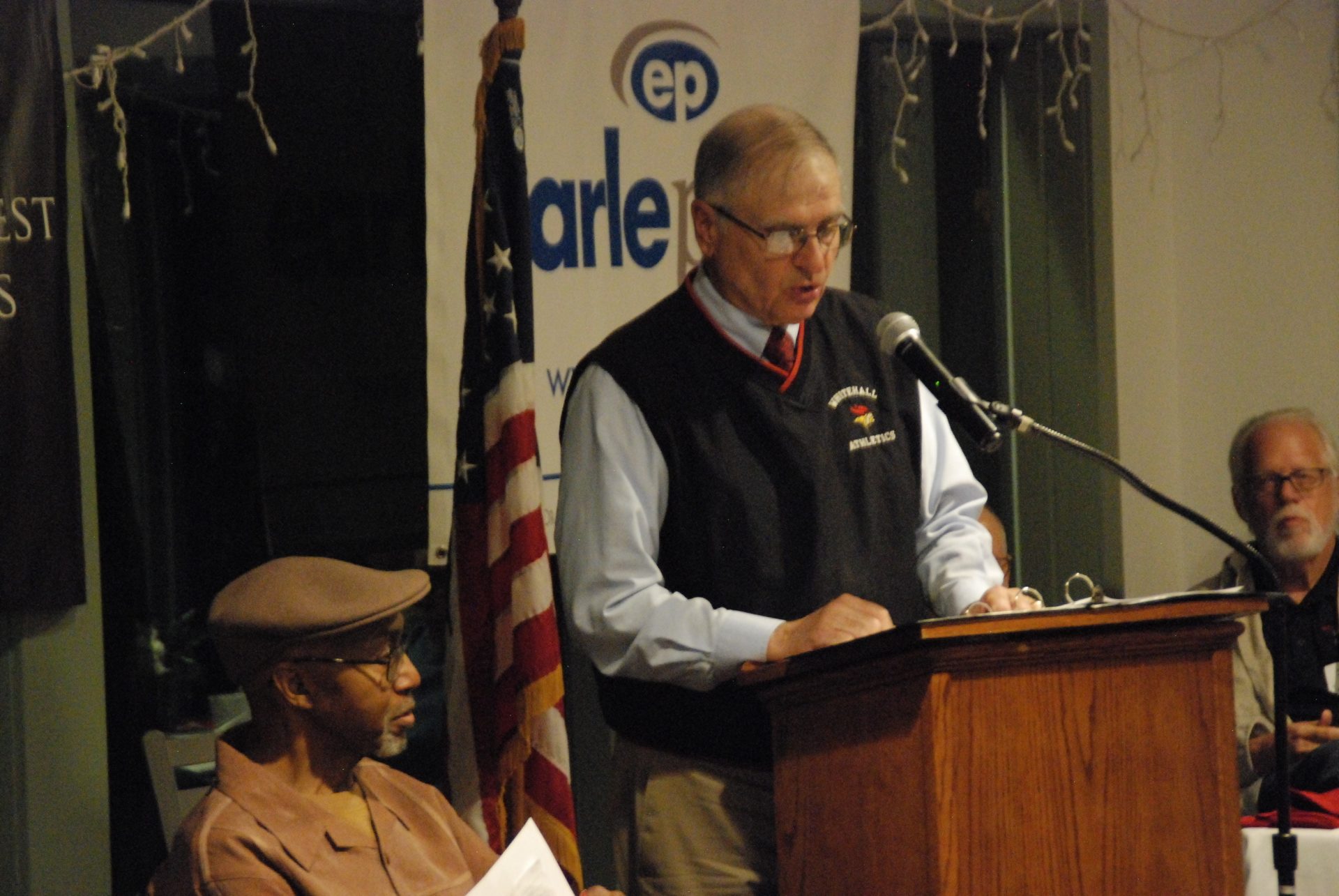 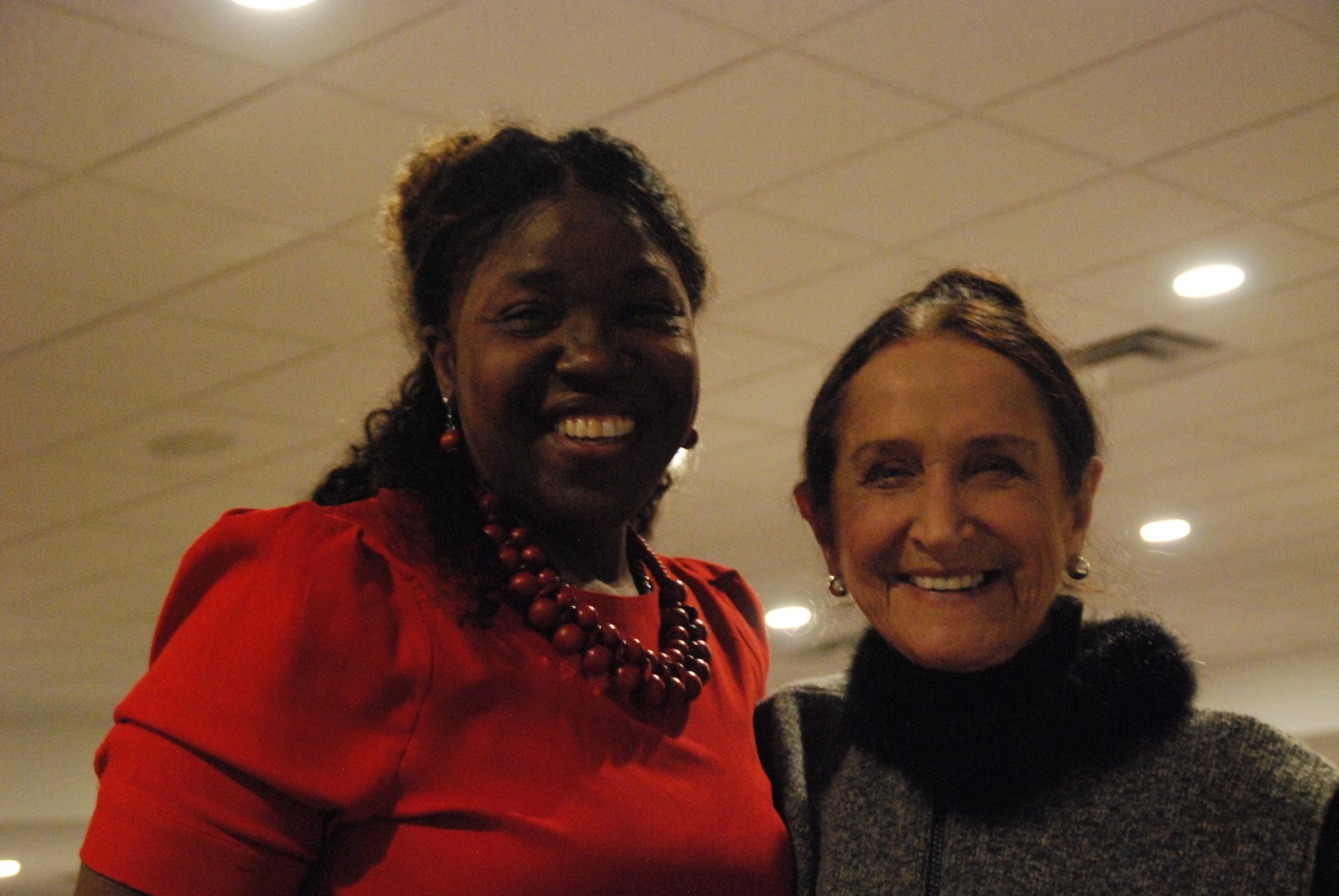 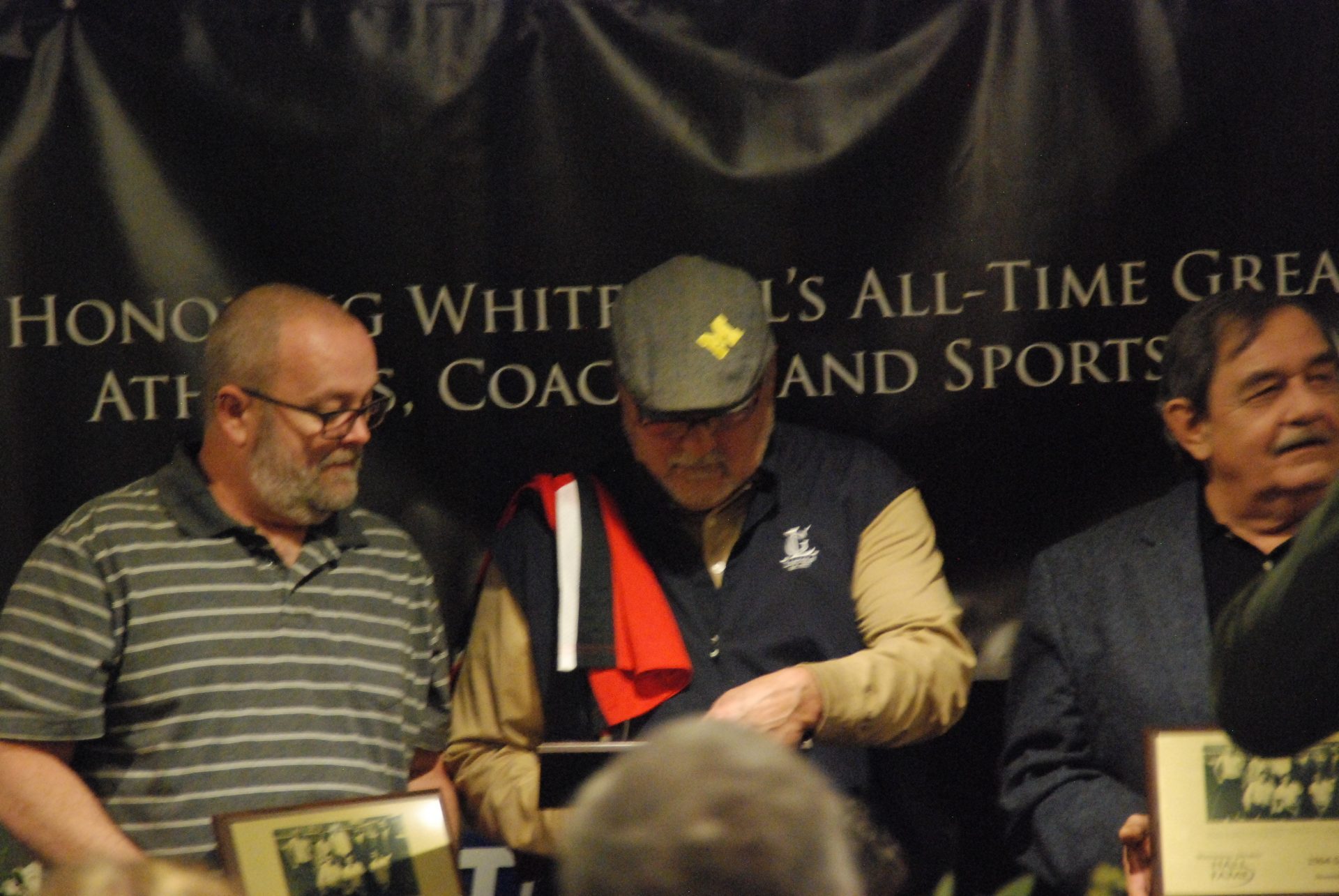