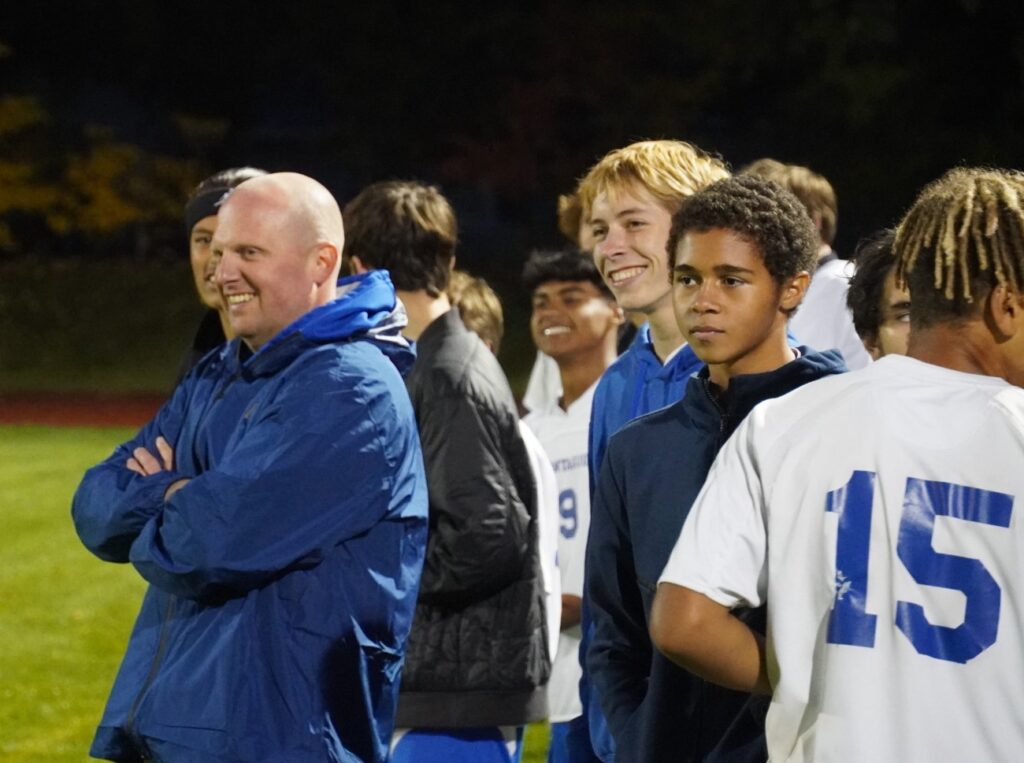 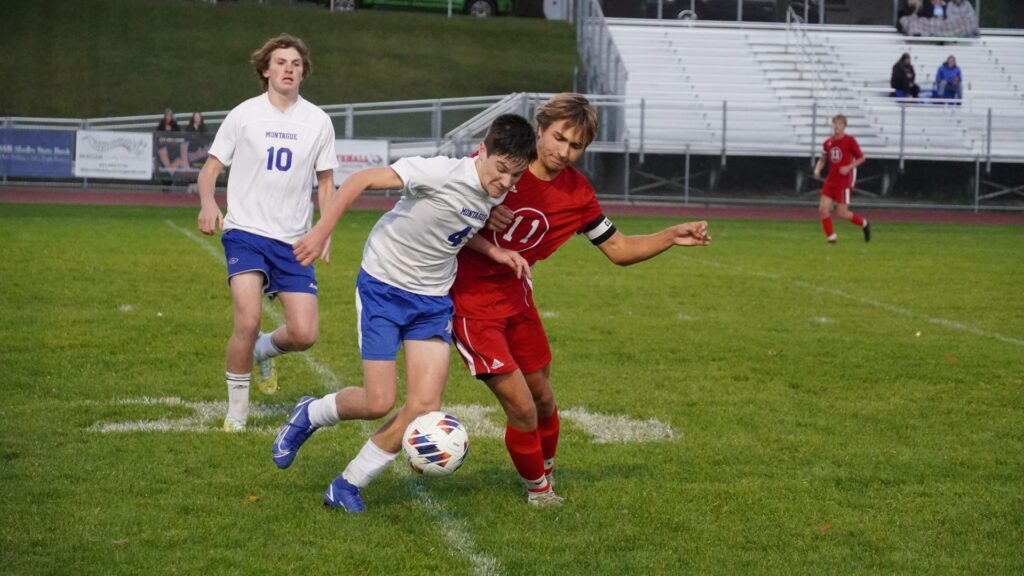 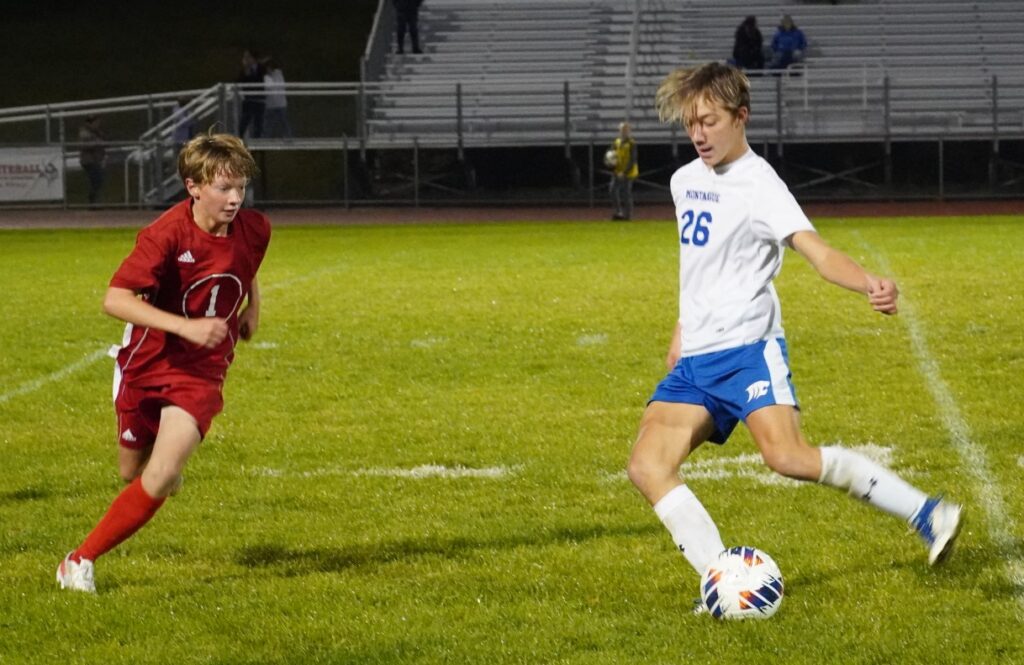 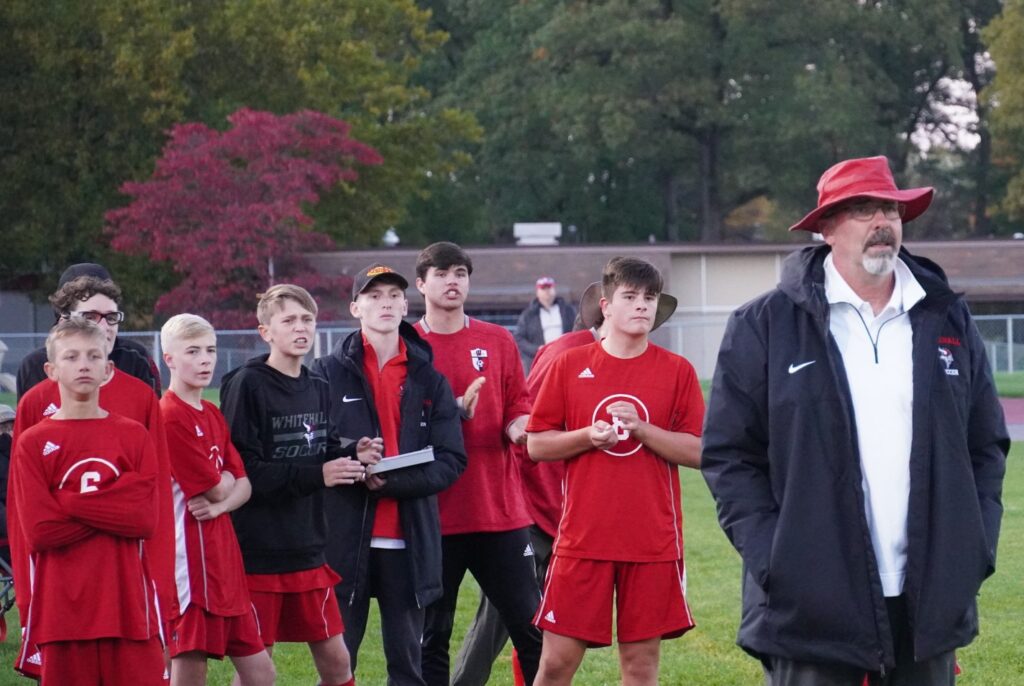 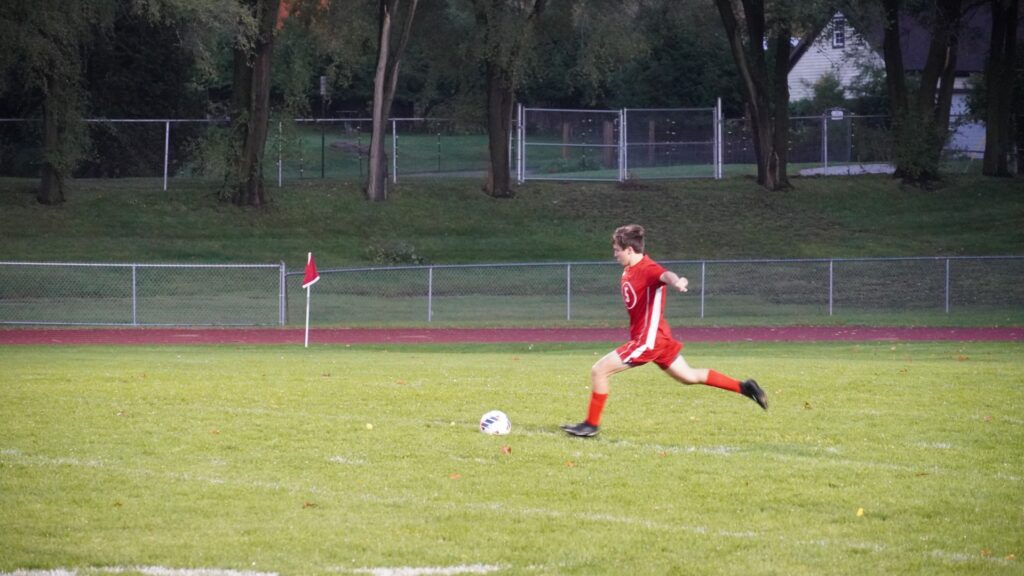 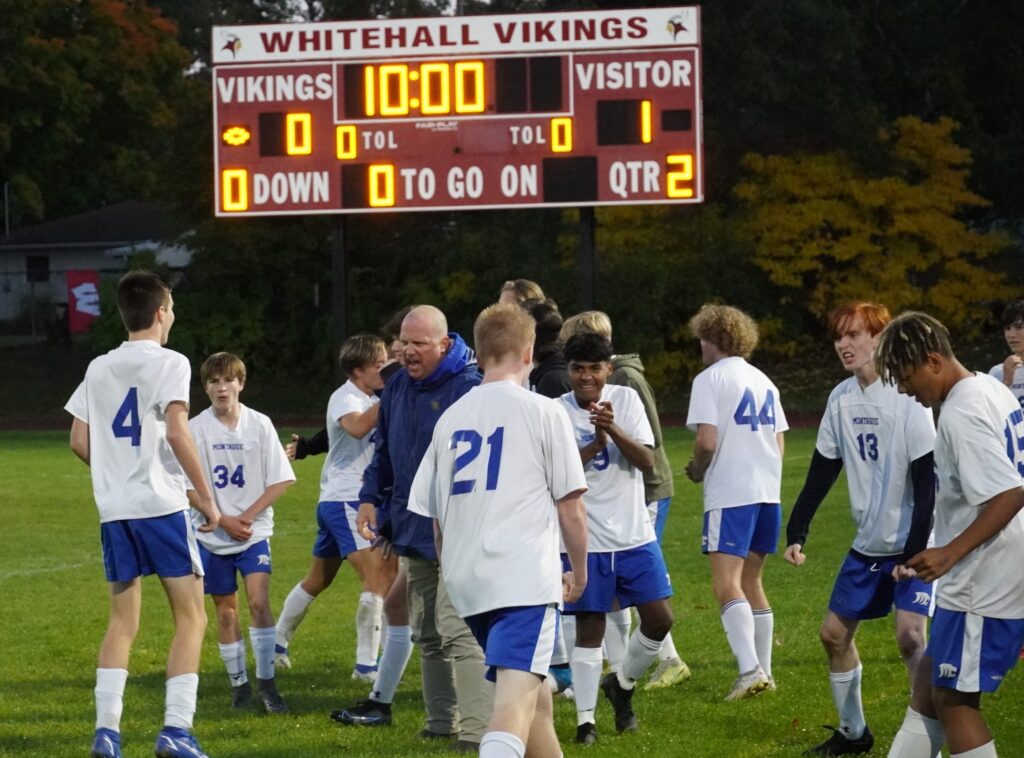 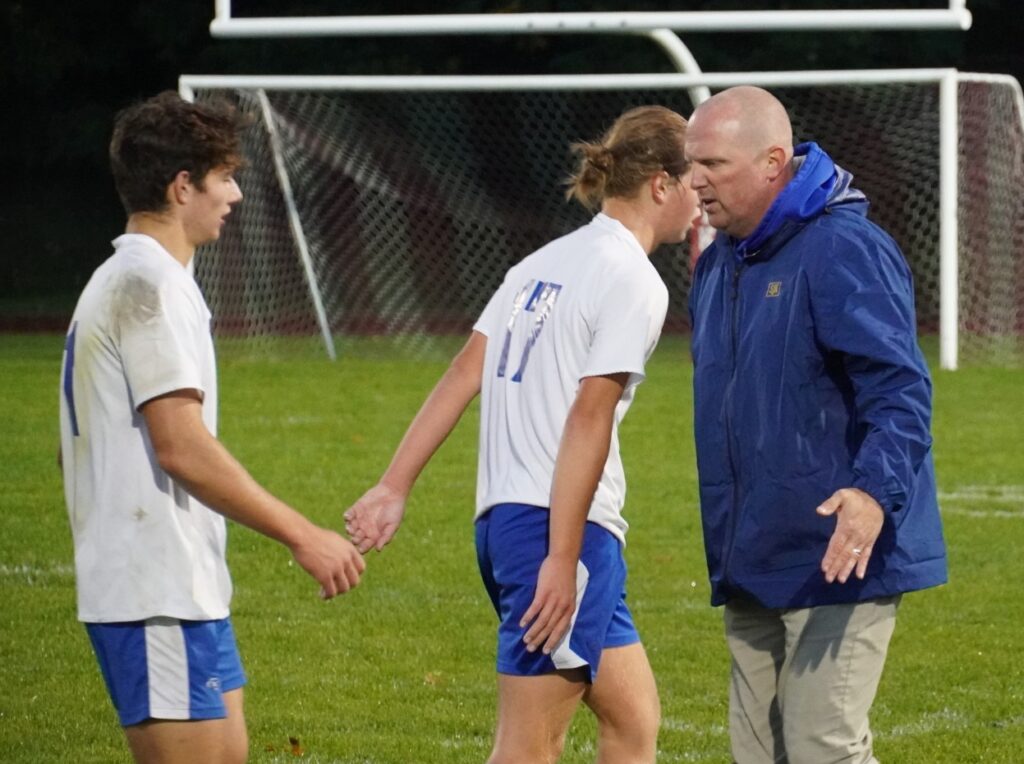 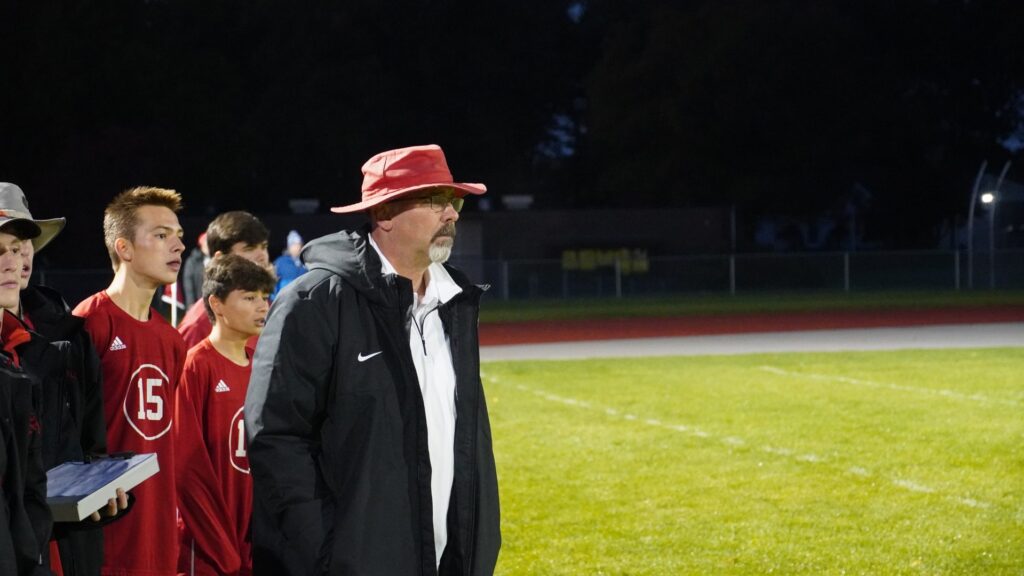 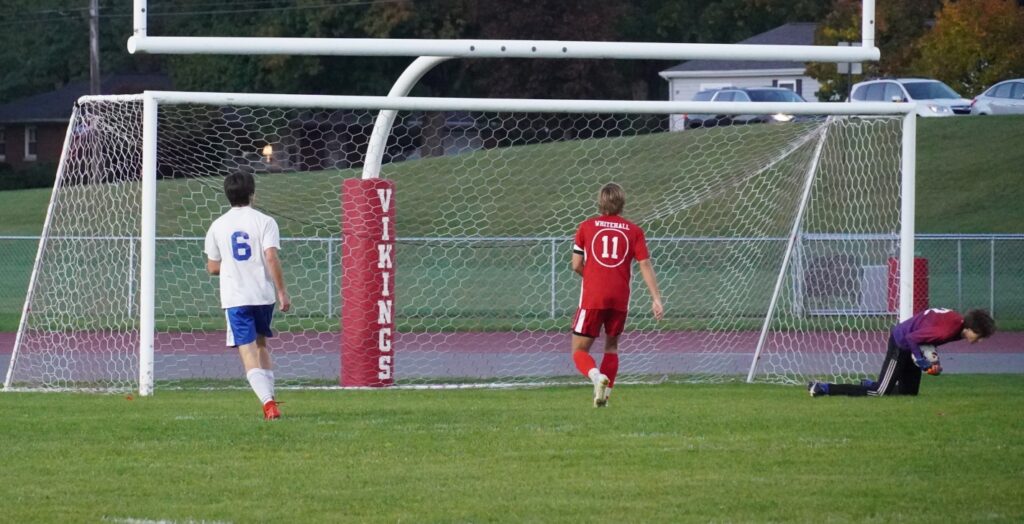 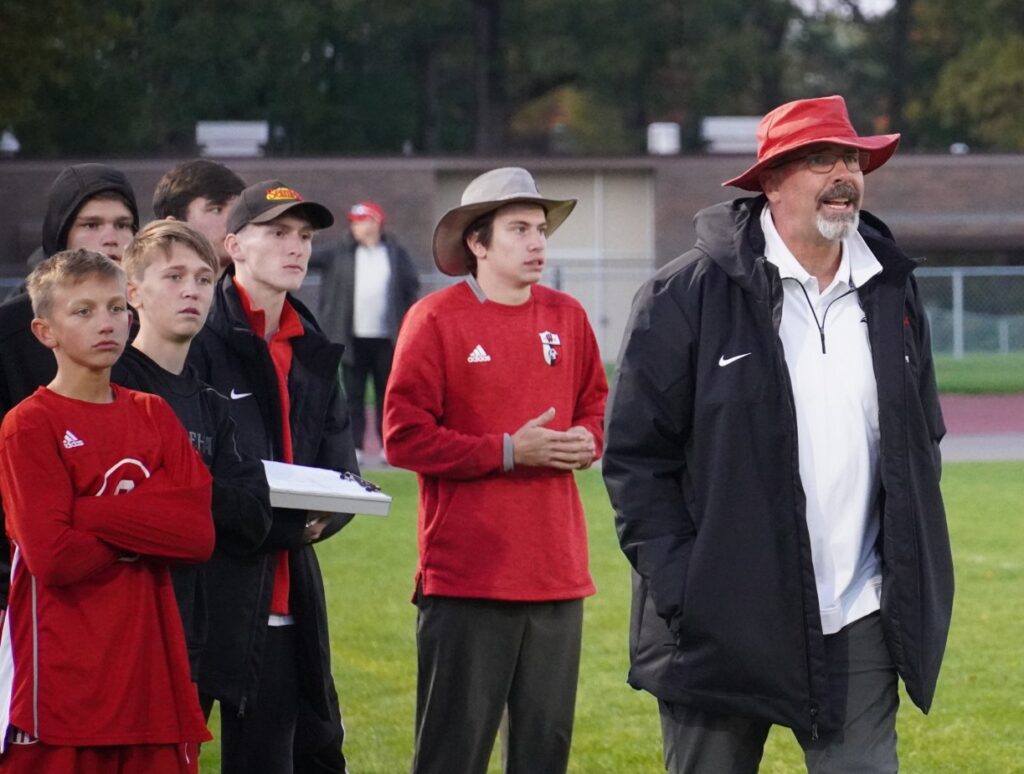 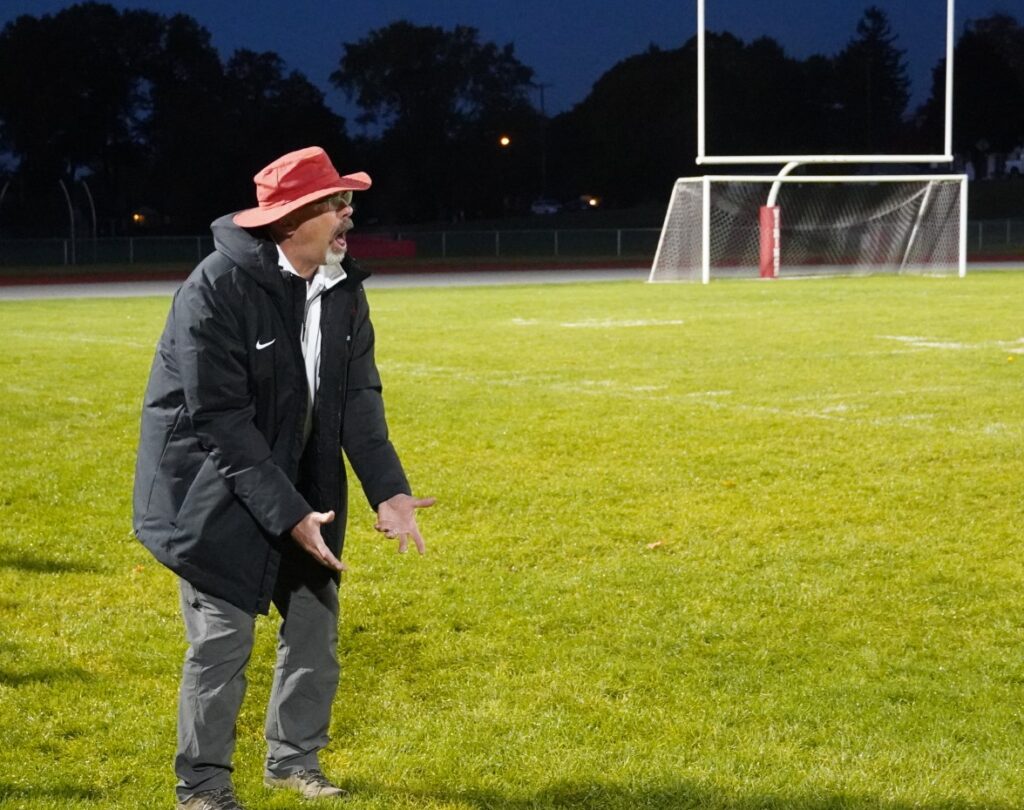 Montague’s first boys soccer win over Whitehall since the 1999 regular season also meant the end of a highly successful coaching career for the Vikings’ Bryan Mahan.

The Wildcats (8-12-2), who avenged a 4-1 regular-season loss to the rival Vikings, advance to Monday’s 4:30 p.m. district semifinal at Hart against the winner of today’s first-round match between Hart and Newaygo.

“I think for us it was just the energy. We came out with the intensity right away. Scored first and we are just one of those teams that if we score first, the momentum’s on our side and the kids are energized and the bench is yelling. It was electric on the bench,” Montague coach Brandon Mahoney said.

“It was probably the No. 1 most emotional game I’ve had as a coach in nine years.”

Whitehall finishes 6-7-2 in what was Mahan’s final season at the helm. Mahan coached 29 seasons with the Vikings. He was instrumental in building the boys and girls programs at Whitehall. In his 30 total seasons as a head coach, Mahan amassed a 448-296-44 overall record, which ranks him fifth on the Michigan High School Athletic Association’s all-time victories list.

Trevor Trevino got Montague on the board in the first half on a goal assisted by Chris Aebig. The Wildcats took the 1-0 lead into the halftime break.

Whitehall’s Jack McDowell tied the game at 1 just before the midway point of the second half, but Aebig netted the winner on a free kick as the match started to wind down.

NORTH MUSKEGON 3, MUSKEGON CATHOLIC CENTRAL 0: Gabe Lenius tallied a goal and an assist to lead host North Muskegon to a first-round district victory over Muskegon Catholic Central. Dallyn Ellis and Chase Zizak also scored goals for the Norsemen (8-10-3), who advance to next Tuesday’s 5 p.m. district semifinal at Western Michigan Christian against Grand Rapids NorthPointe Christian (10-4-4). Zach Mallon and Cole Johnson had assists for the Norse, while Leighton Hunt earned the shutout in goal with six saves.