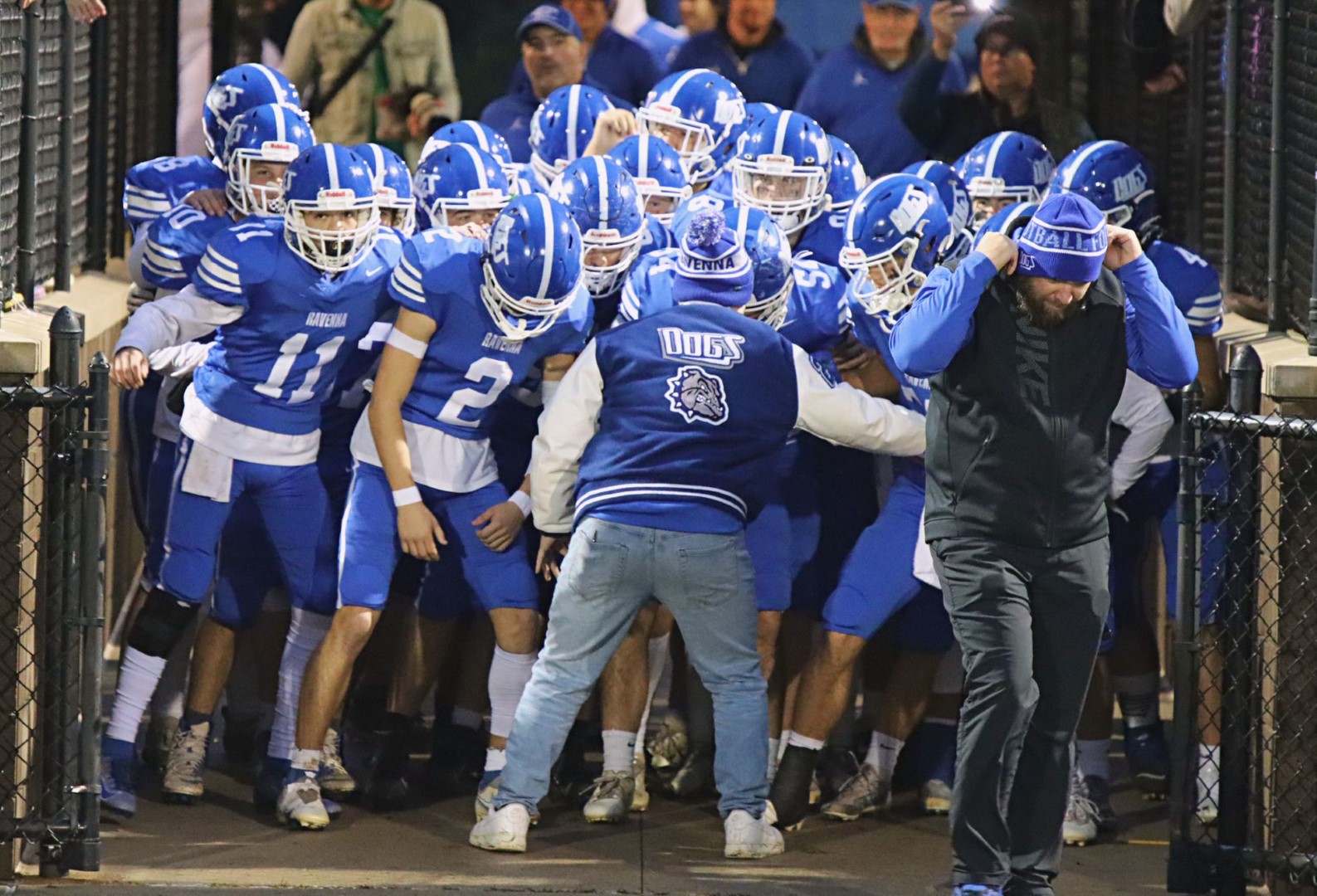 The Michigan High School Athletic Association 11-player football playoffs kicked off last week. The field began with 256 teams across the state, and now that number is down to 128.

By this weekend, 64 district champions will have been crowned.

It’s district finals week, and eight teams from the Muskegon area will be vying for some hardware.

Below are updated playoff brackets in all eight divisions. They’re updated with first-round scores and second-round (district finals) matchups, and they’ll continue to be updated each week of the playoffs.

Next week will be the regional finals, followed by the semifinals and finally the state championships Friday, Nov. 26, and Saturday, Nov. 27, at Ford Field in Detroit.

No Muskegon-area teams appear in the Division 1 bracket. OK Red foes Rockford and Grandville are meeting in the district finals.

After big first-round victories, Mona Shores (8-2) will take on Caledonia (9-1) for a Division 2 district championship Friday at 7 p.m. at Grandville High School.

On the opposite side of the bracket, Dan Rohn led Warren De La Salle (9-0) to a 44-0 shutout of U-D Jesuit. The Pilots advance to play Gross Pointe South (6-4) for a district title.

Muskegon (9-1) defeated Lowell 35-7 to advance and host a district championship matchup against Cedar Springs (8-2) at 1 p.m. Saturday at Hackley Stadium. The Big Red machine continues to dominate. Muskegon could be on a collision course with reigning state champ and recent rival DeWitt (9-1) in the regionals.

A talented Detroit King squad (9-1) rolled through its first-round game against Warren Fitzgerald (8-2) and remains the Division 3 favorite.

After completing another bounce-back win against Sparta last week by a 40-20 score, Whitehall (8-2) journeys north to play for a district title against Cadillac (8-2), which took down Fruitport in a 42-35 nail-biter. That game kicks off at 7 p.m. Friday.

In the same region, Hudsonville Unity Christian (10-0) continued its perfect season with a monster 67-0 win over Forest Hills Eastern. The Crusaders stand tall as the Division 4 favorite.

Oakridge made quick work in the playoff opener against Big Rapids with a 40-15 victory. The Eagles (8-2) travel to Howard City Tri County (9-1) to fight for a district trophy at 7 p.m. Friday.

Reigning state champion Montague took care of Central Montcalm in the first round, 41-7, and earned the right to play for the district title this week. The Wildcats (7-3) will visit Reed City (9-1) at 7 p.m. Friday, after the Coyotes defeated Manistee, 36-14.

After a dramatic 7-6 win over West Michigan Conference rival North Muskegon in the CatchMark Game of the Week, Ravenna (7-3) faces an even stiffer test at 7 p.m. Friday at Muskegon Catholic Central (9-1). They’ll play for a district title after the Crusaders dominated Delton Kellogg, 54-6.

Muskegon Heights Academy won a wild playoff opened against Holton on Saturday, 66-42. That earns the Tigers (6-4) the right to play for a district title and try to avenge a 41-14 regular-season loss to Carson City-Crystal. That rematch will take place at 7 p.m. Friday.