SPRING LAKE — The atmosphere was electric in Spring Lake on Monday night for the start of the Division 2 district volleyball tournament. The Lakers’ home crowd boasted a rowdy student section that didn’t miss a beat: A tough environment for any visiting team, especially for a young Montague squad.

Despite Montague’s desire to neutralize the environment with some playoff motivation of its own, an enthusiastic Spring Lake team jumped out to quick 6-0 start in Game 1. With no intention of looking back, the Lakers went on to sweep the Wildcats by scores of 25-17, 25-21 and 25-15.

After the quick start from Spring Lake, a tight-knit Montague team battled from behind throughout the first game. However, the lead was too much for the Wildcats to overcome. The ‘Cats committed 12 errors on the night, which contributed to the Lakers victory.

“When I called my second timeout there at that point, (Spring Lake) really only had one kill. Everything else was pretty much self-inflicted.” Montague coach Shawn Bectel said in reference to the large number of errors.

The Lakers followed suit after the first game, closing out the evening flawless and advancing to the district semifinals against Whitehall at 7 p.m. Wednesday. Fruitport, which swept Orchard View on Monday, takes on Oakridge at 5 p.m. Wednesday. 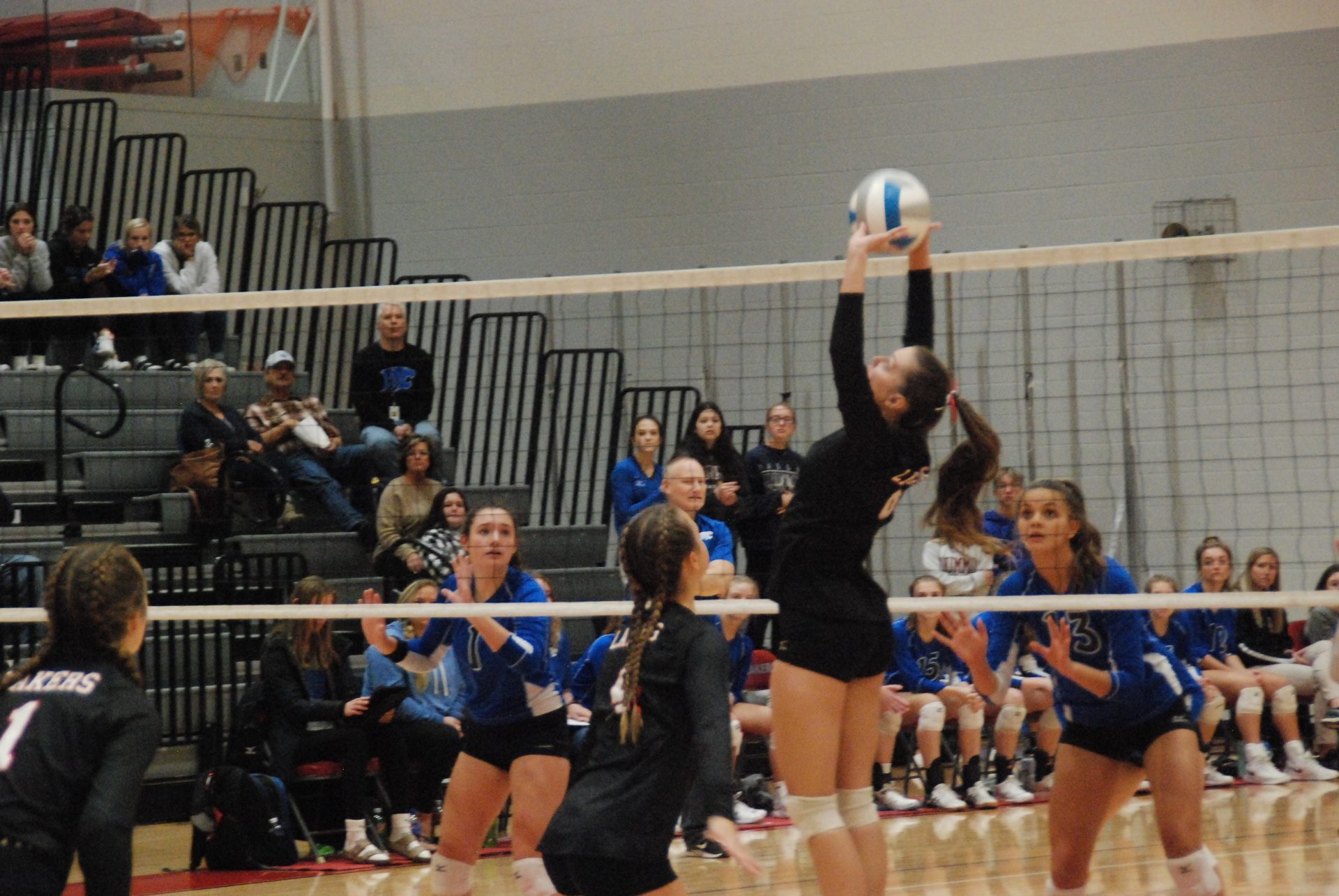 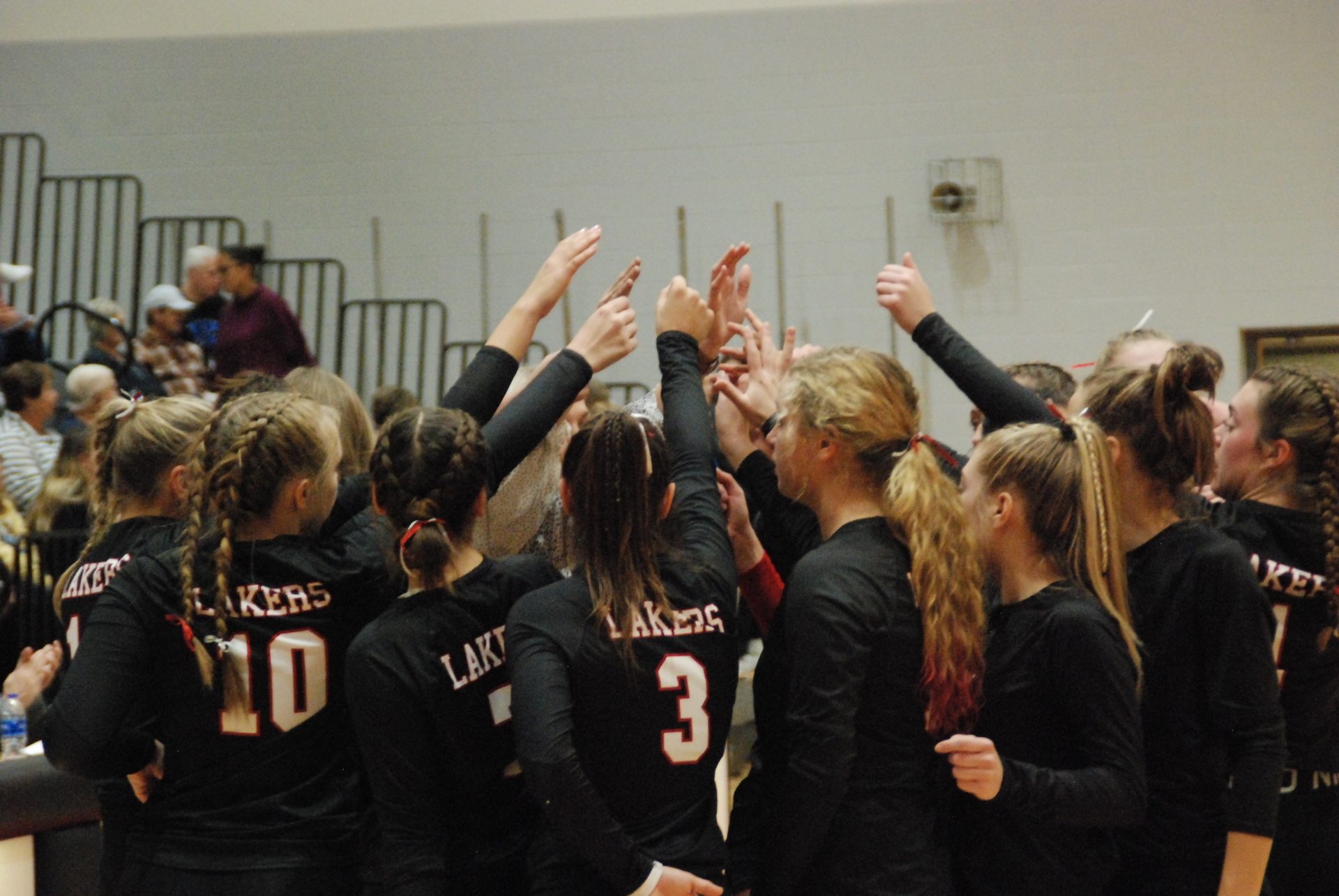 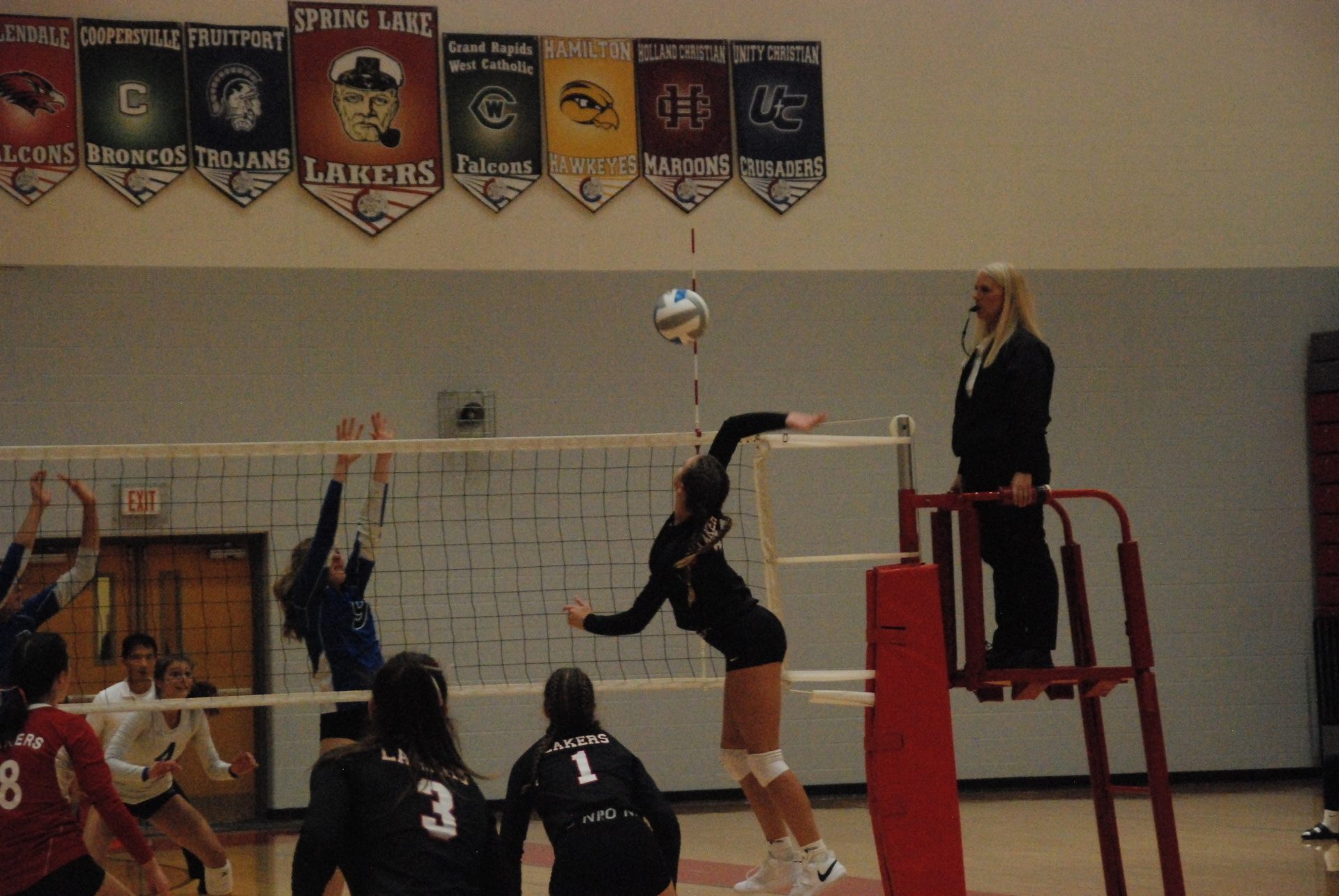 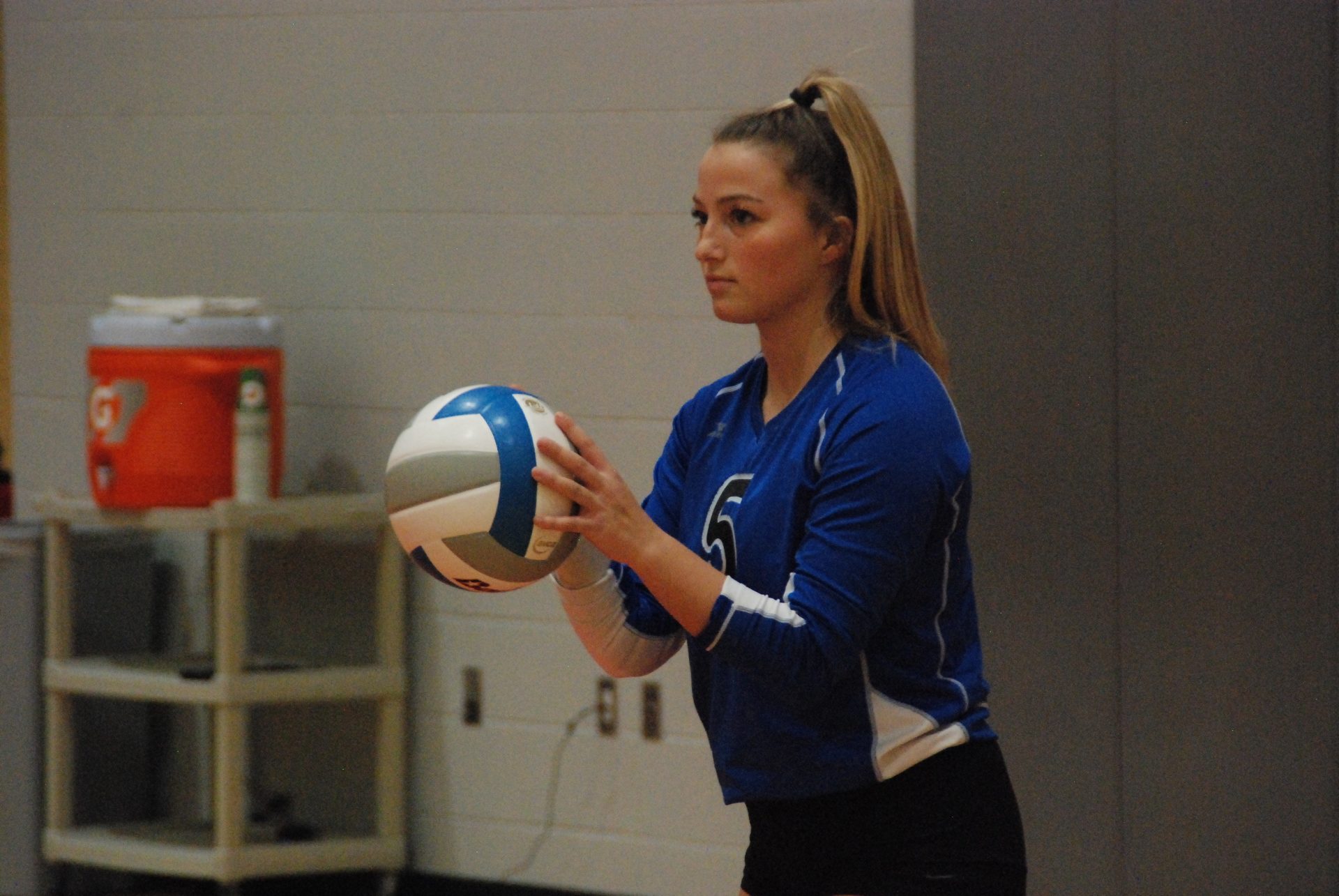 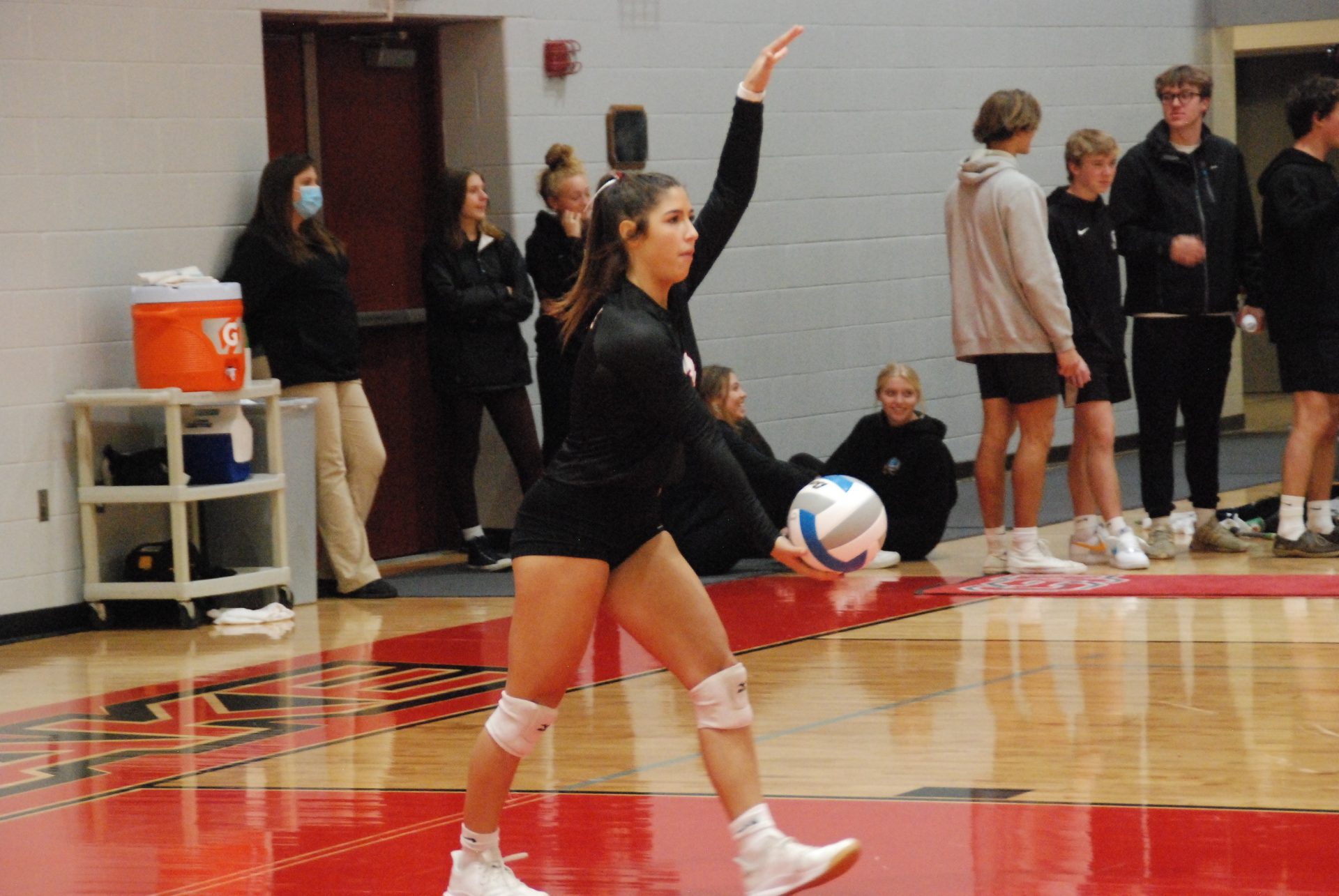 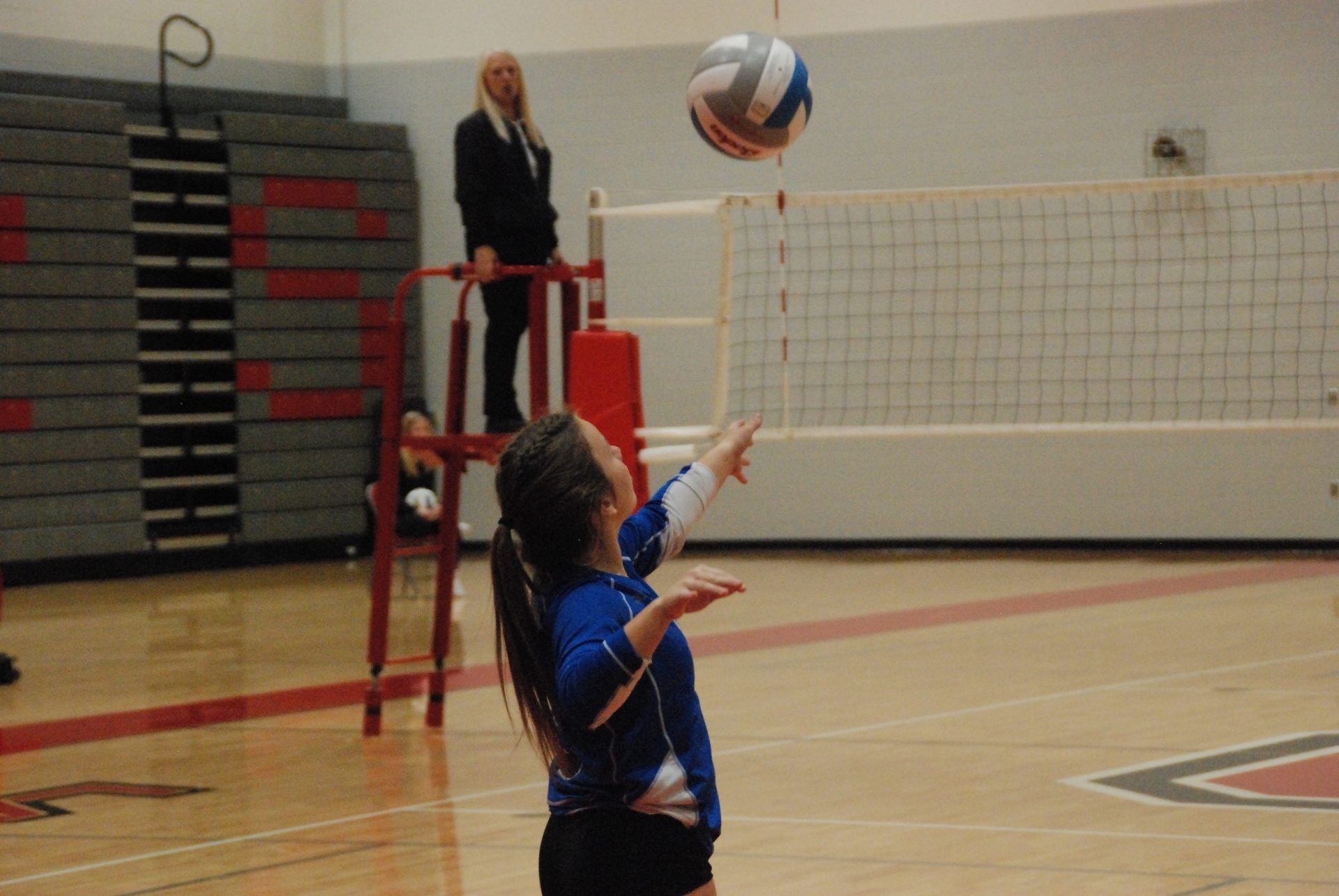 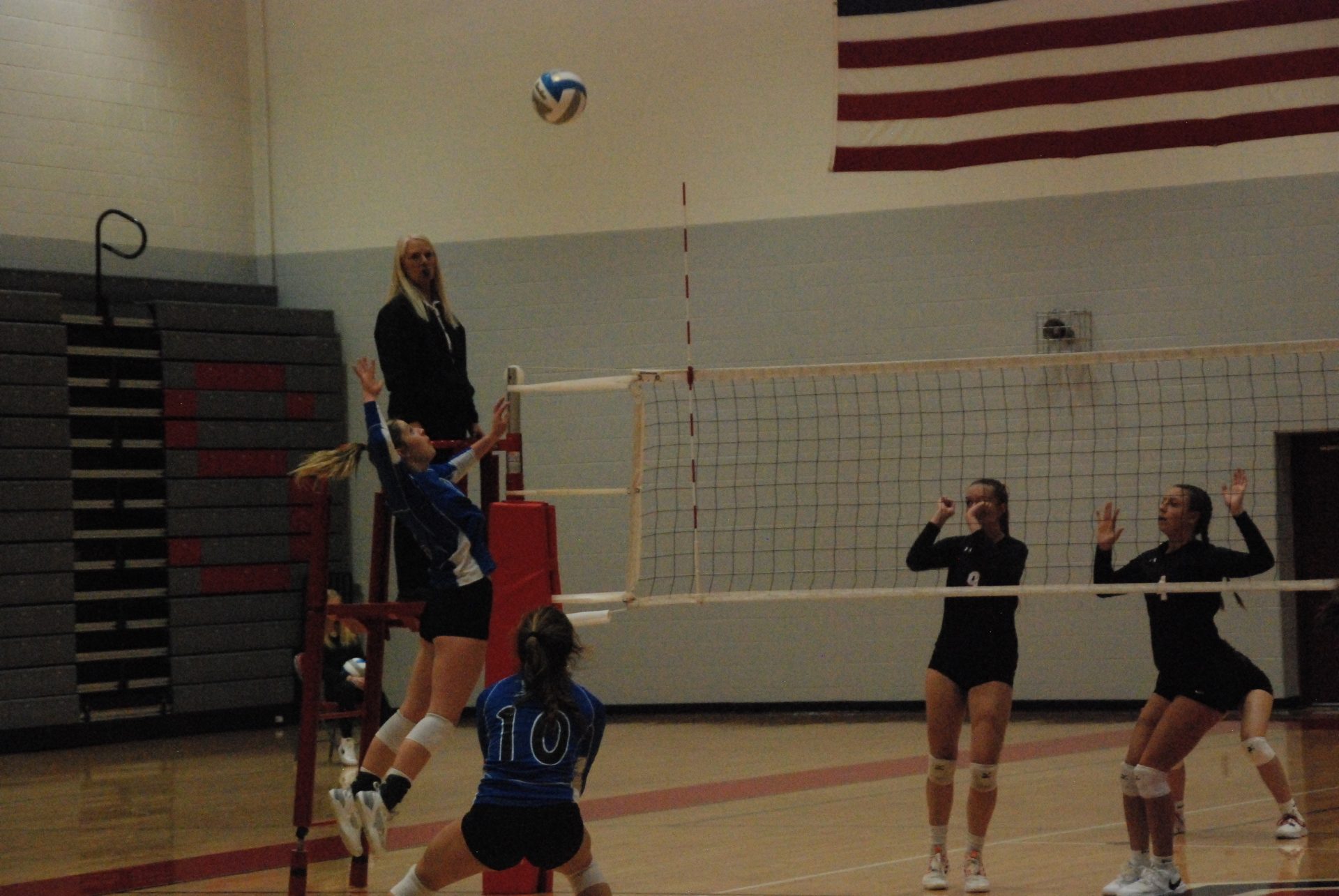 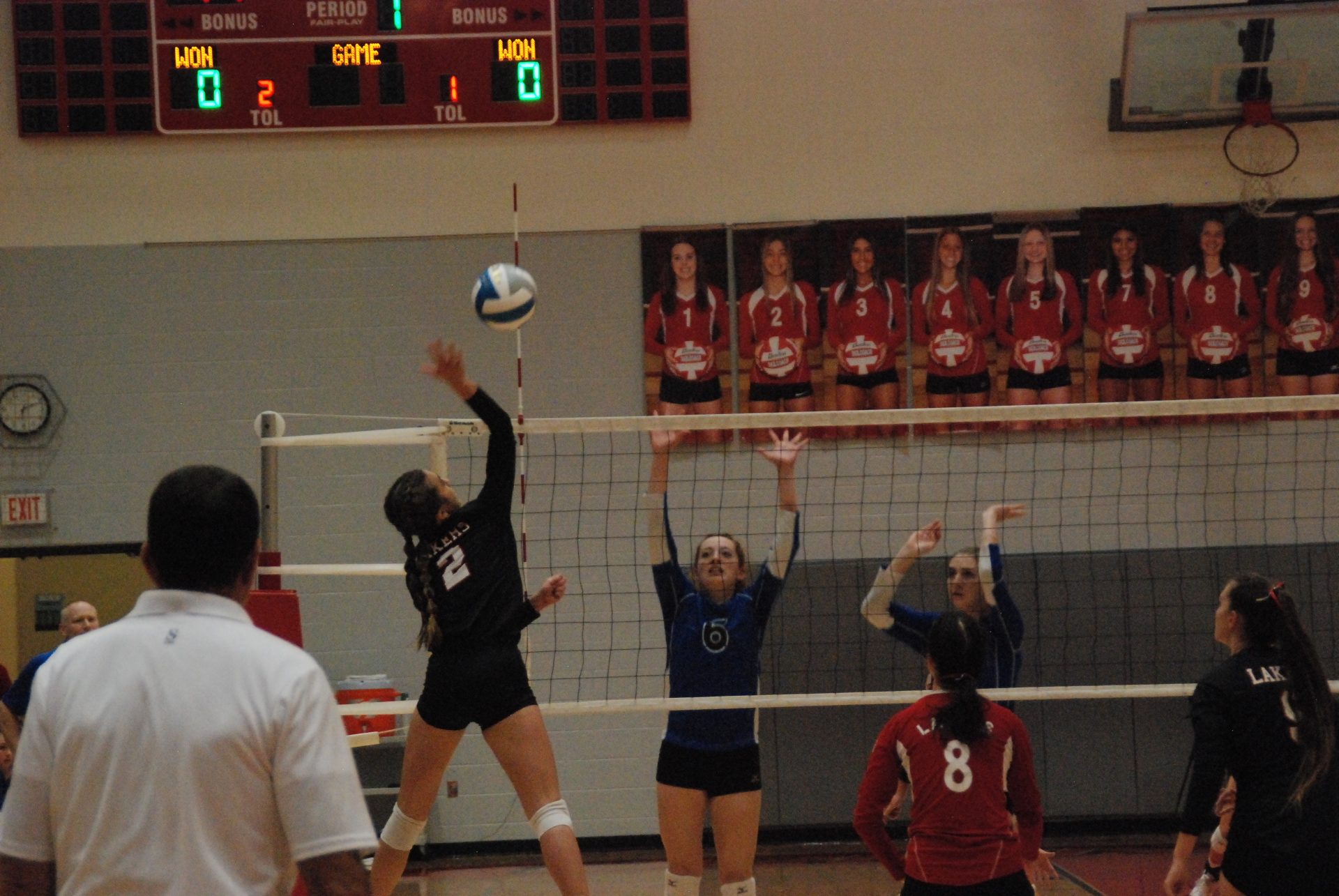 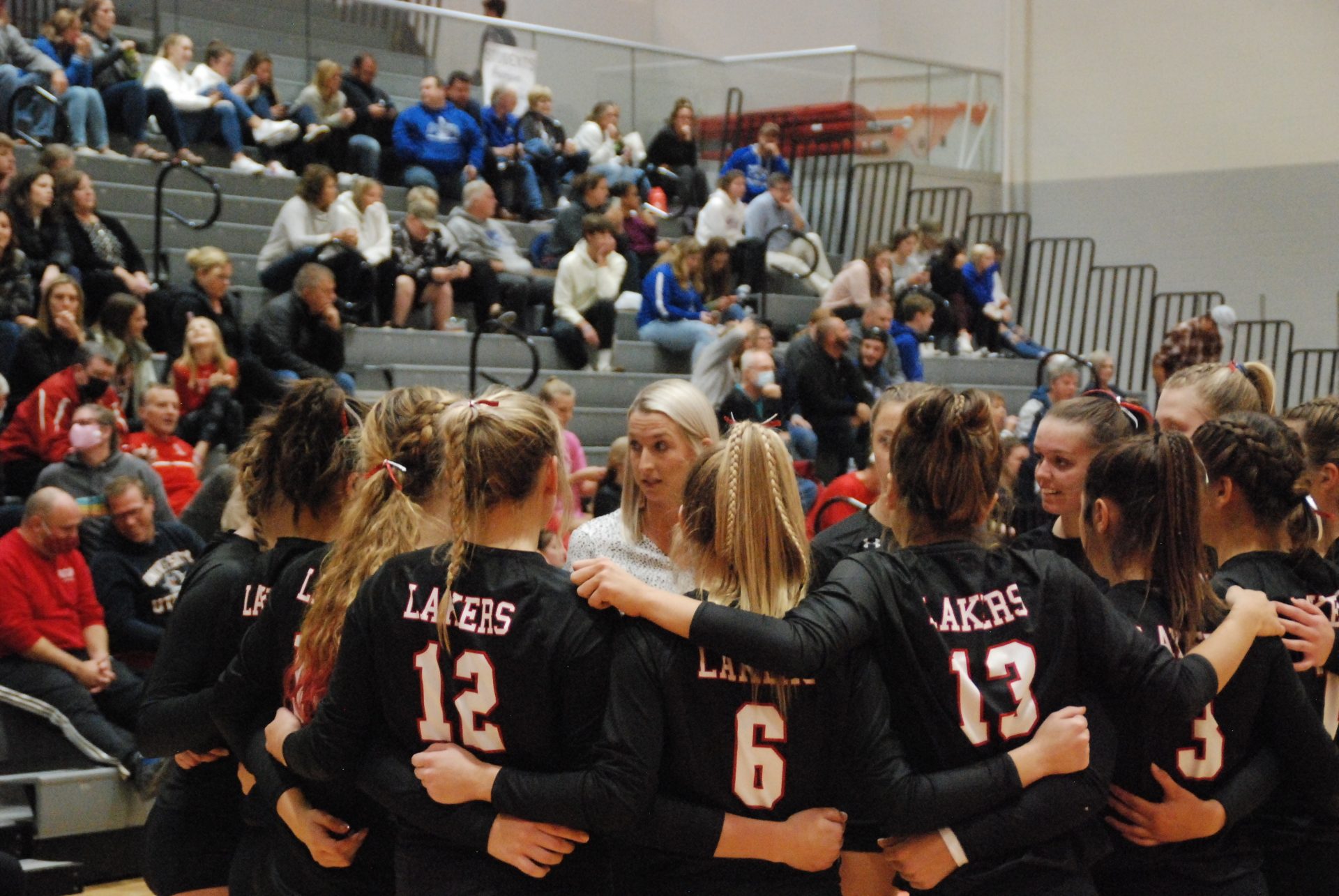 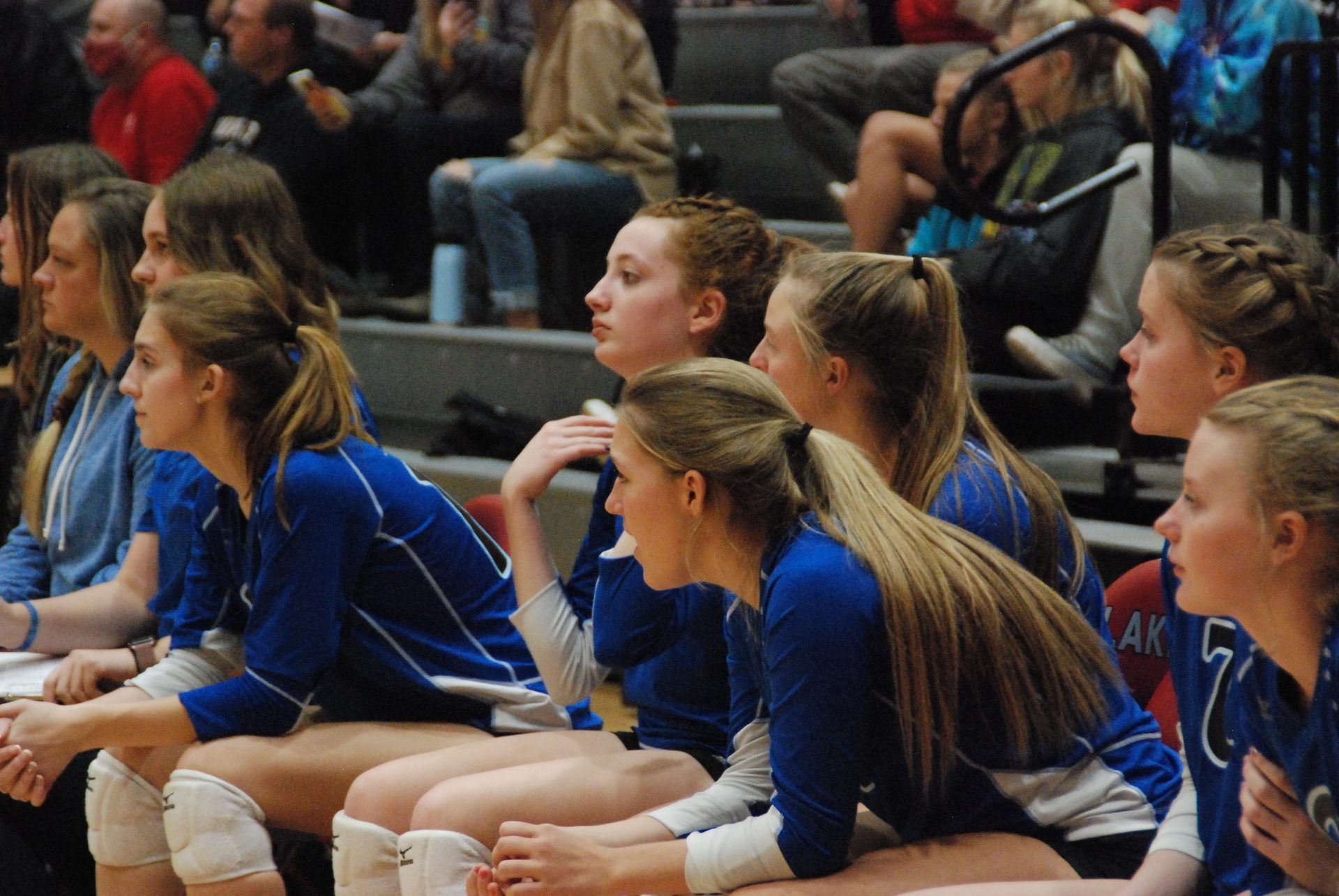 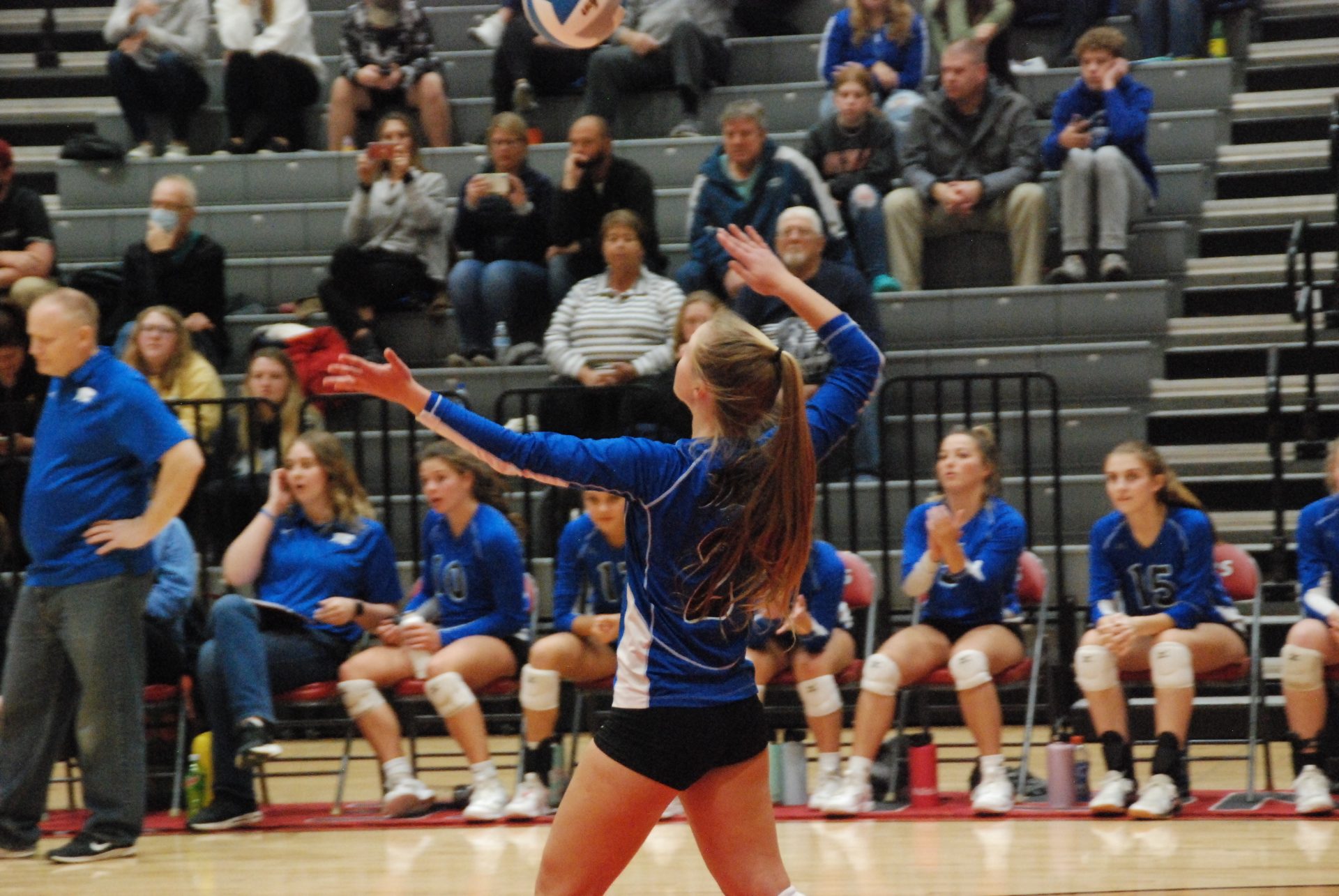 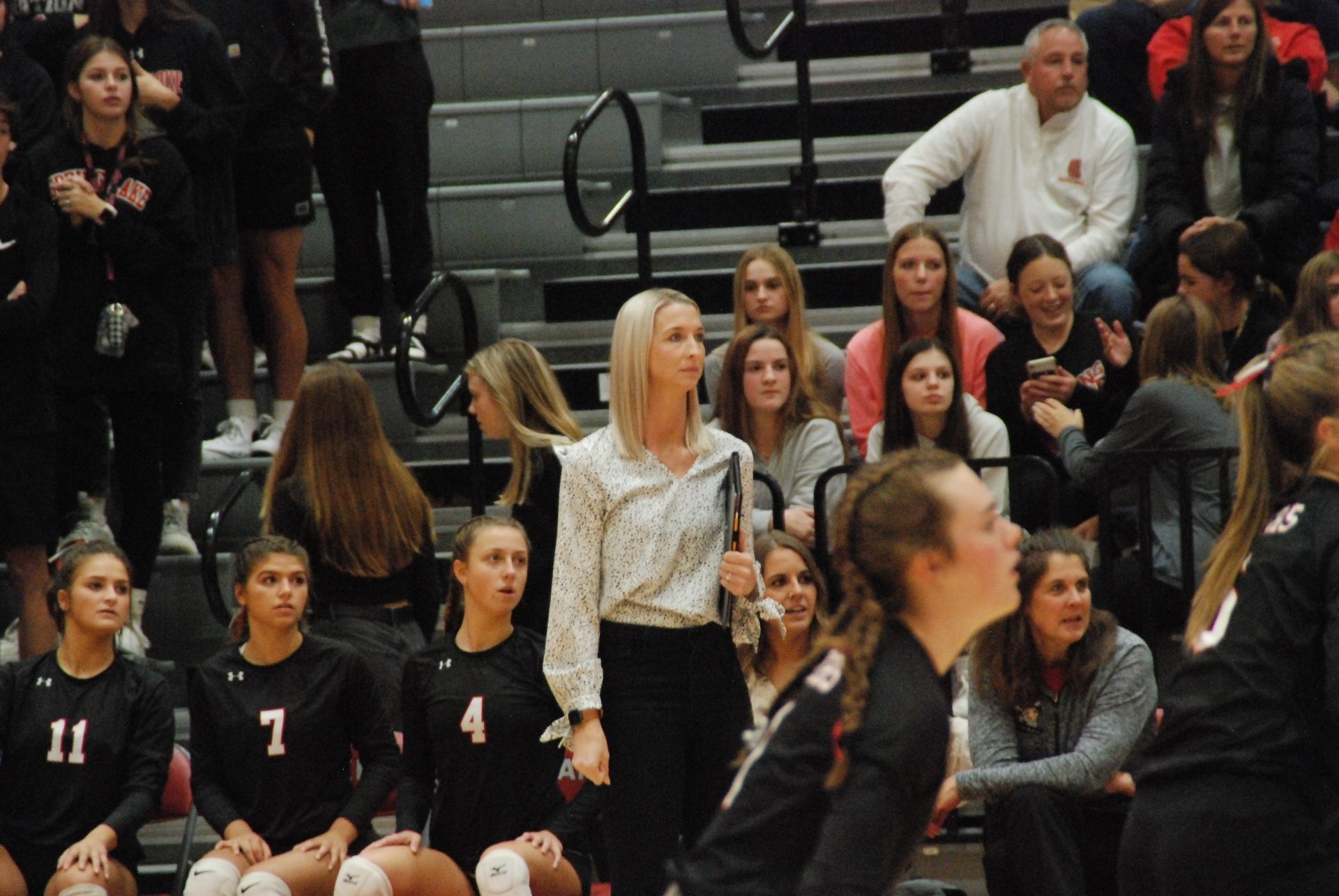 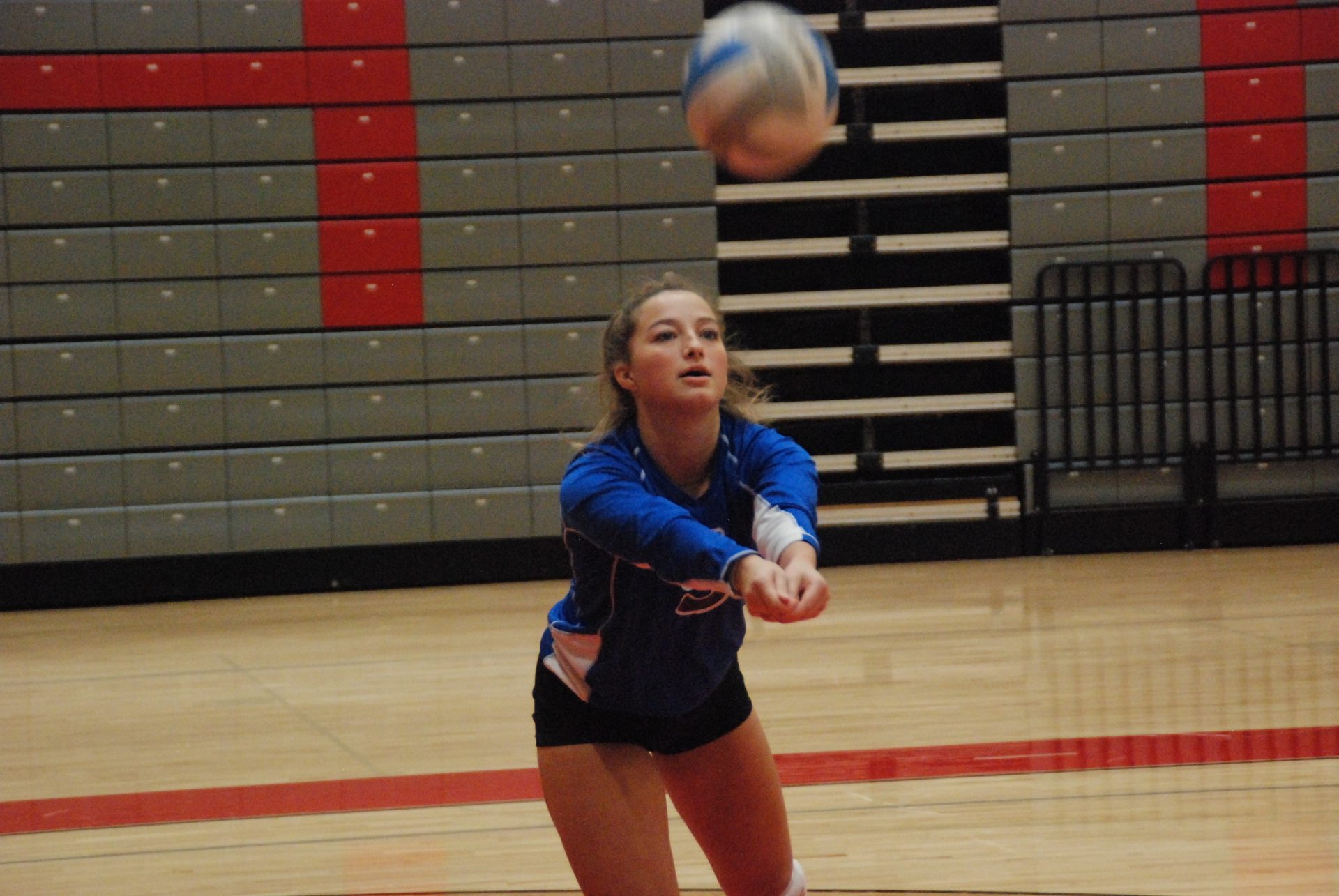 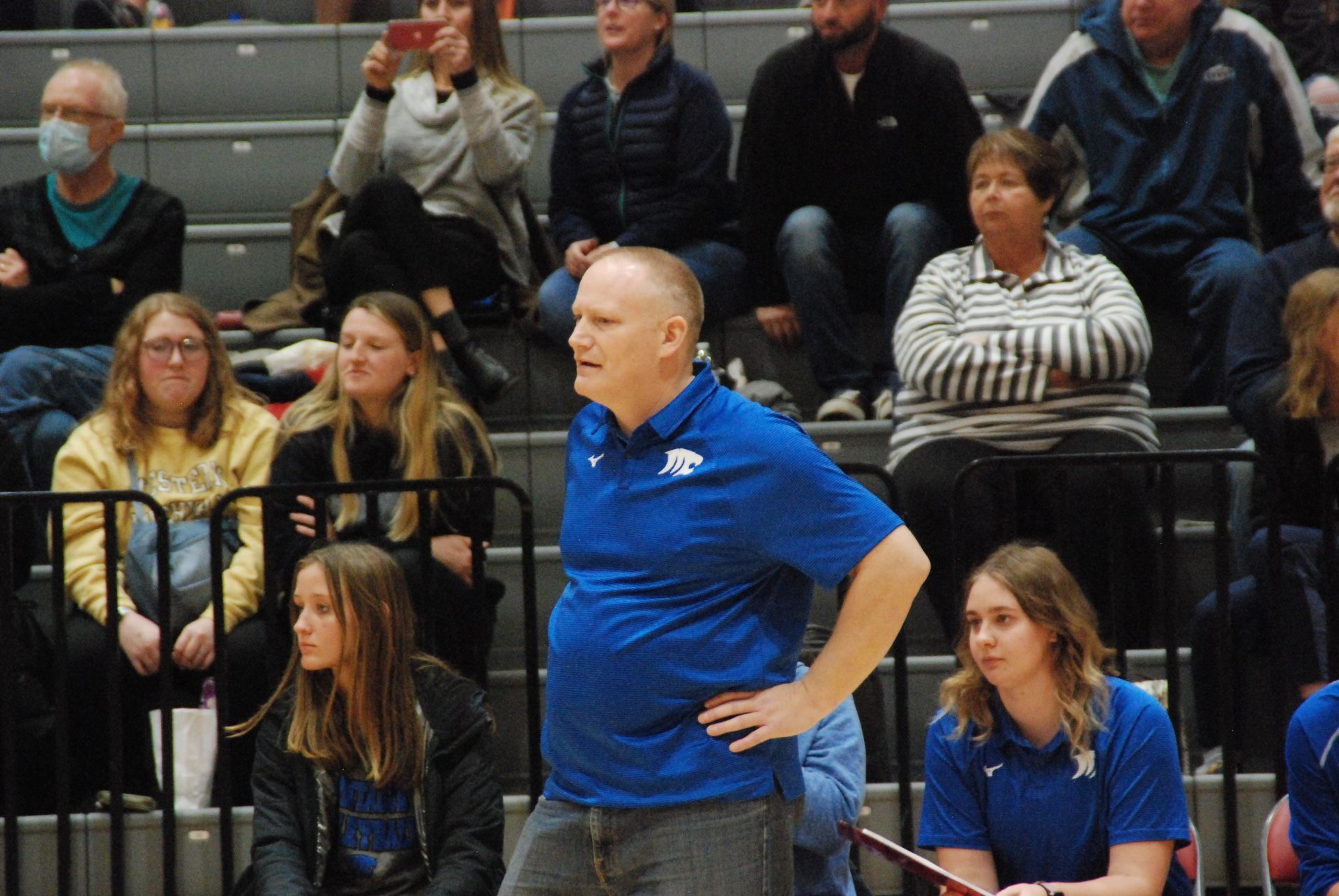 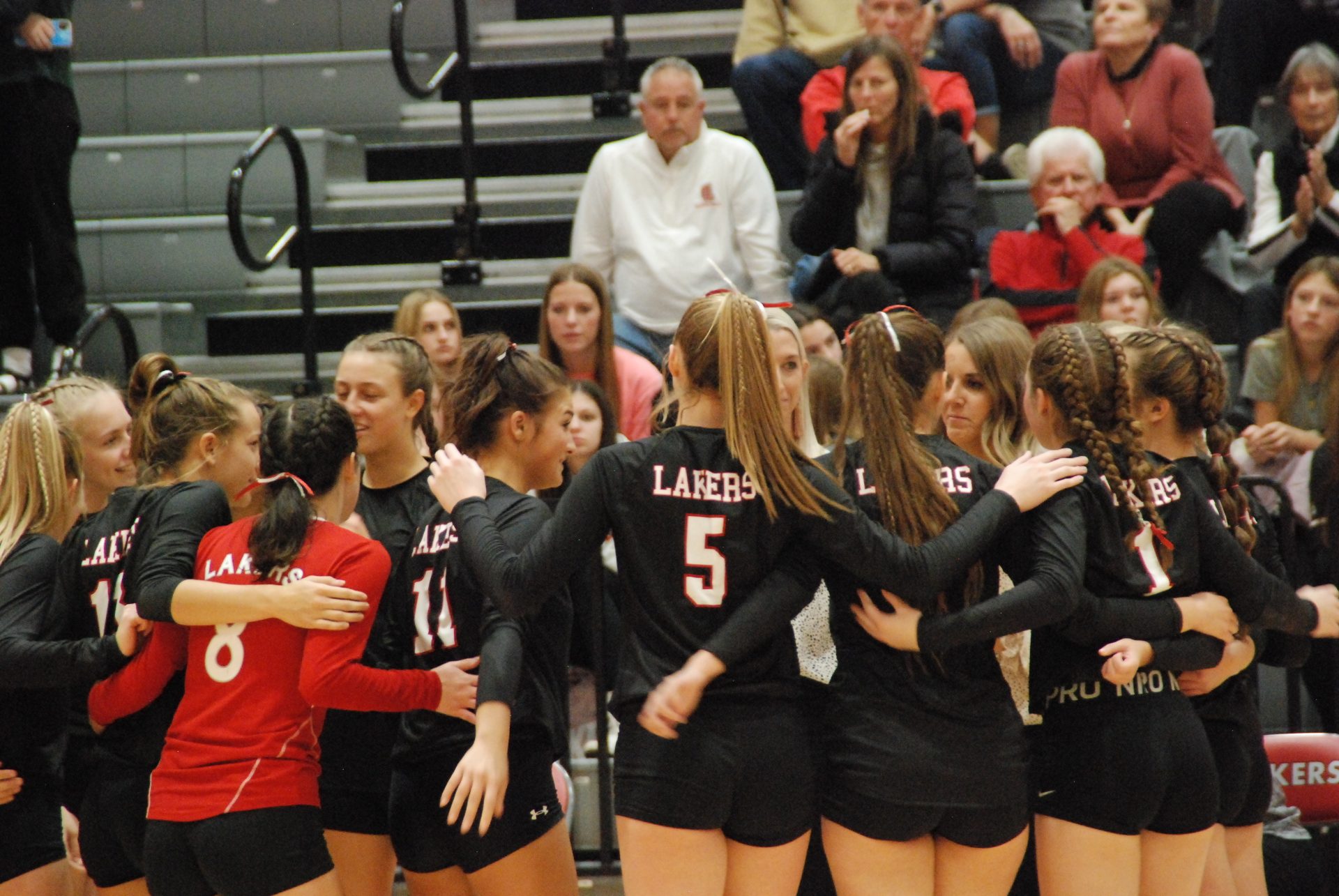 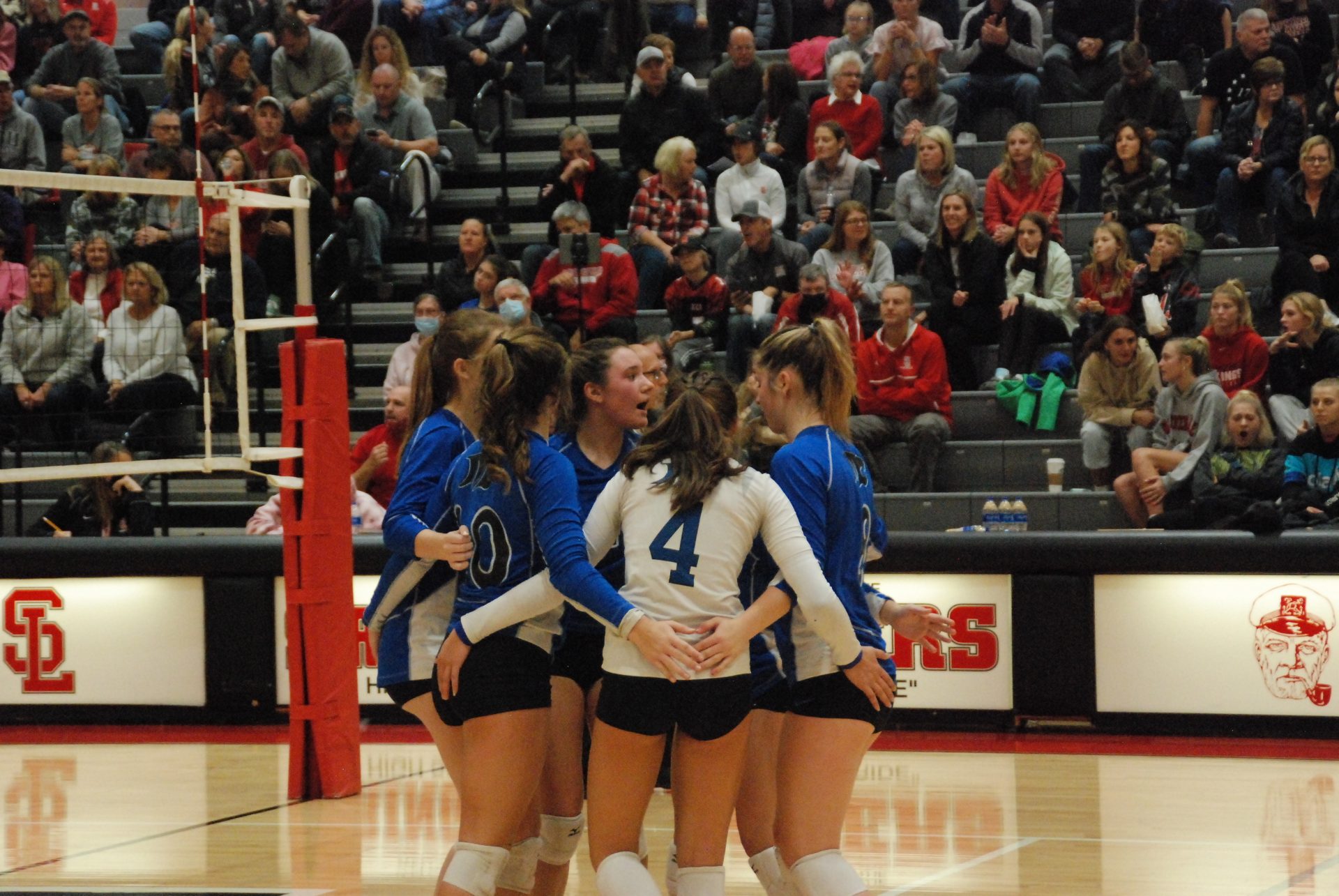 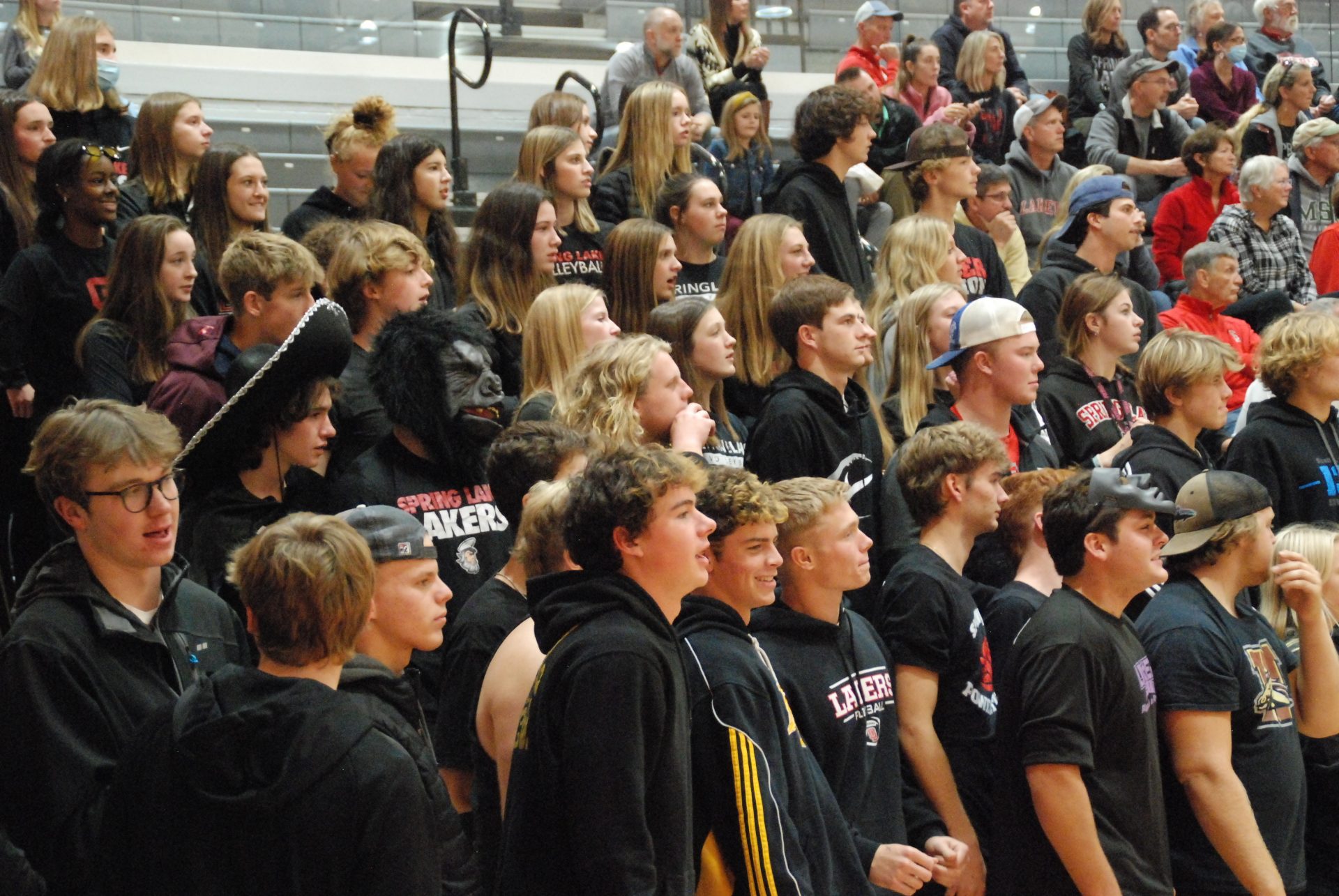 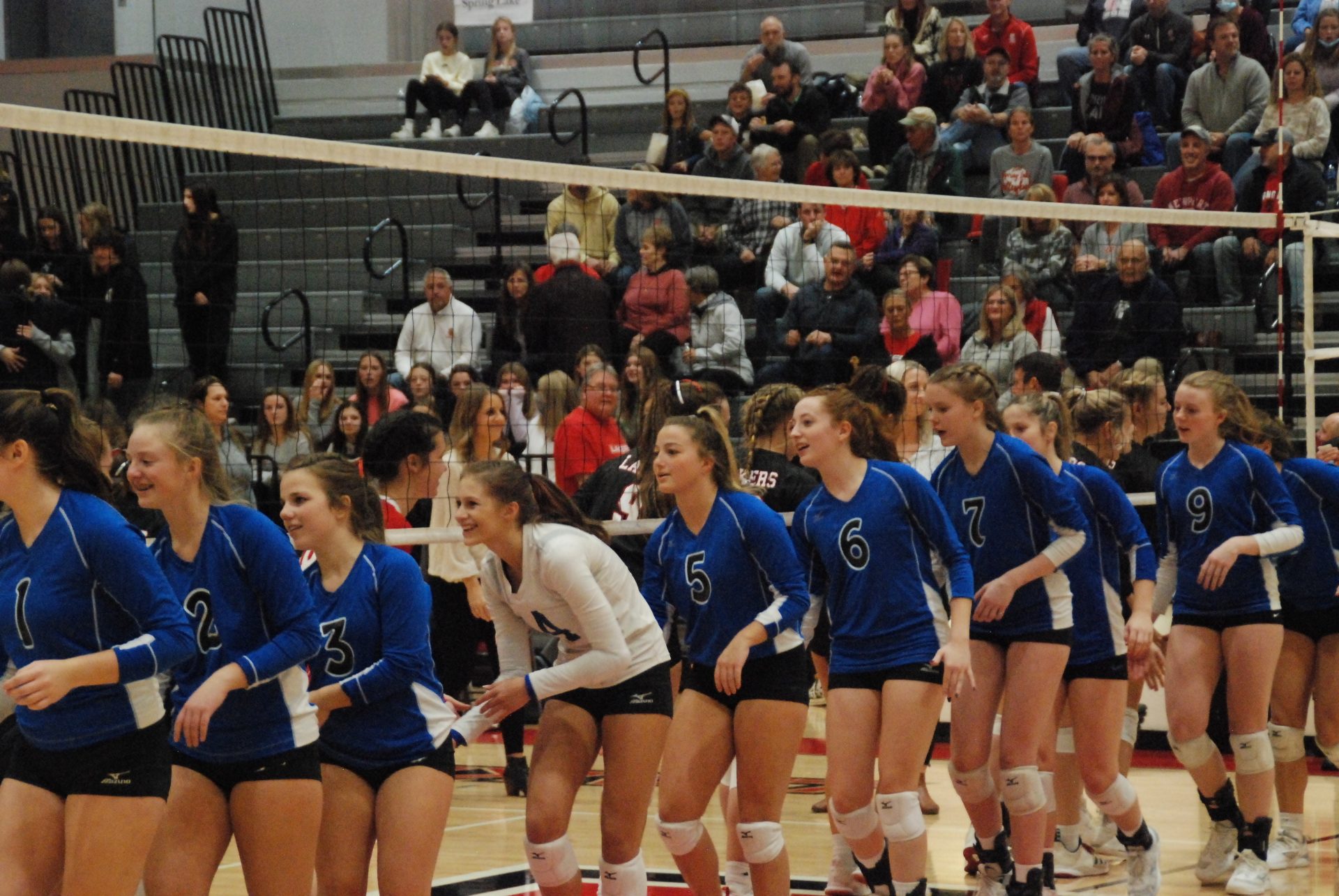 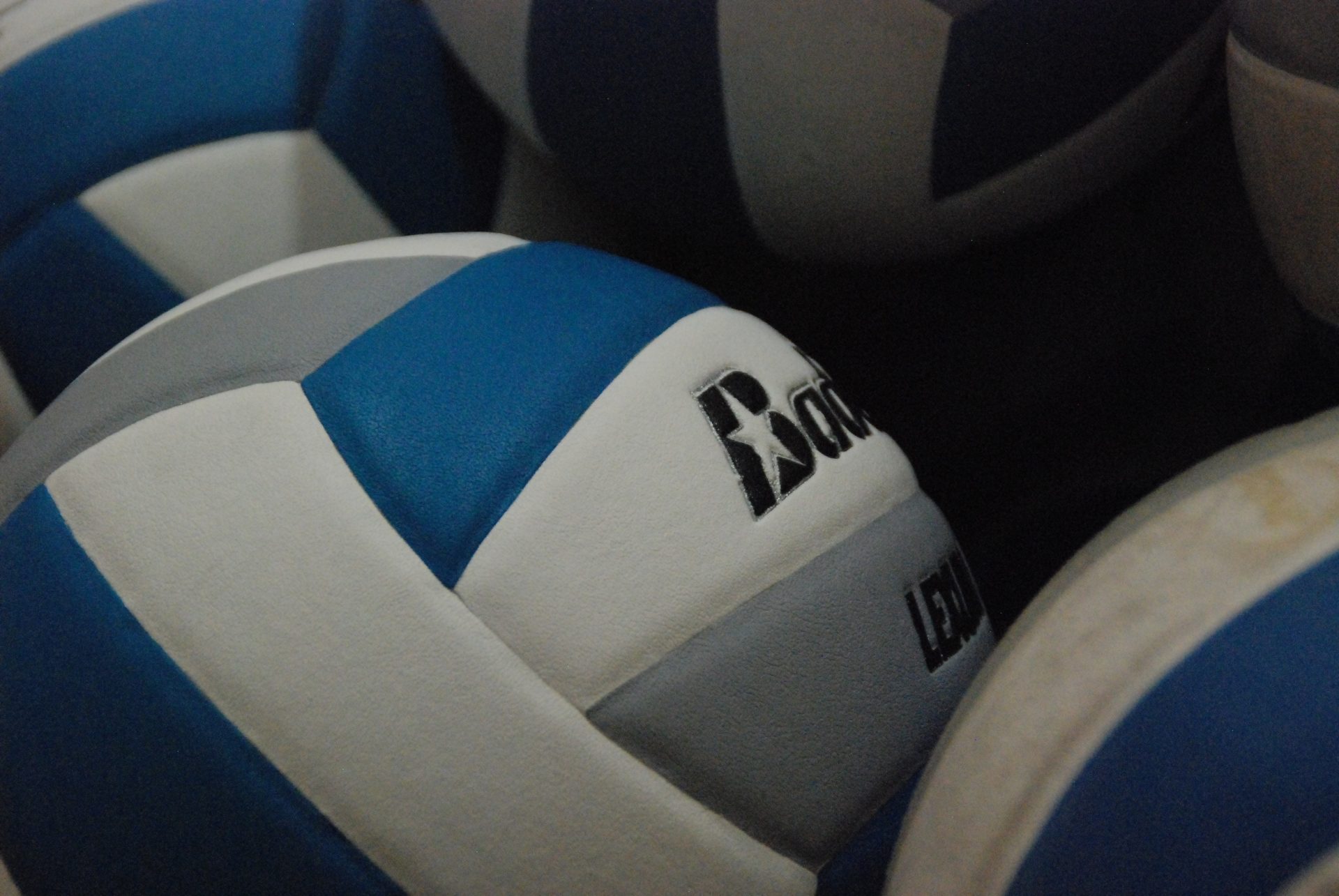 The emotional loss meant a final game for a few members of the Montague squad. The ‘Cats will graduate three seniors this year, including Morgan Netcott, Ally Collins and Morgan Herremans.

“The seniors have given me their heart, most of them for eight years, and I love them to death,” Bectel said. “They work hard and they definitely fought to the end out there.”

Junior Anastasia Trevino, who powered through an injury to finish out the season, still managed to notch six kills on the night. Sophomore Britta Johnson and junior Peyton Johnson also had six kills apiece. Collins had two aces, while freshman setter Jaylynn Sundberg had 19 assists.

In an attempt to find optimism, Bectel referenced his anticipation for the growth of his younger players, including Sundberg and Mazie Collins.

“They’re only going to get better,” Bectel said.

Although the Montague coach had no intention of looking past the Spring Lake match, he utilized the loss as a building tool for his young players.

“One thing I told the young girls was, ‘Take this and make this drive you,'” he said. “This isn’t the culture we want and this is not something we are accustomed to.”