All former Montague players and coaches are invited and will be admitted for free. 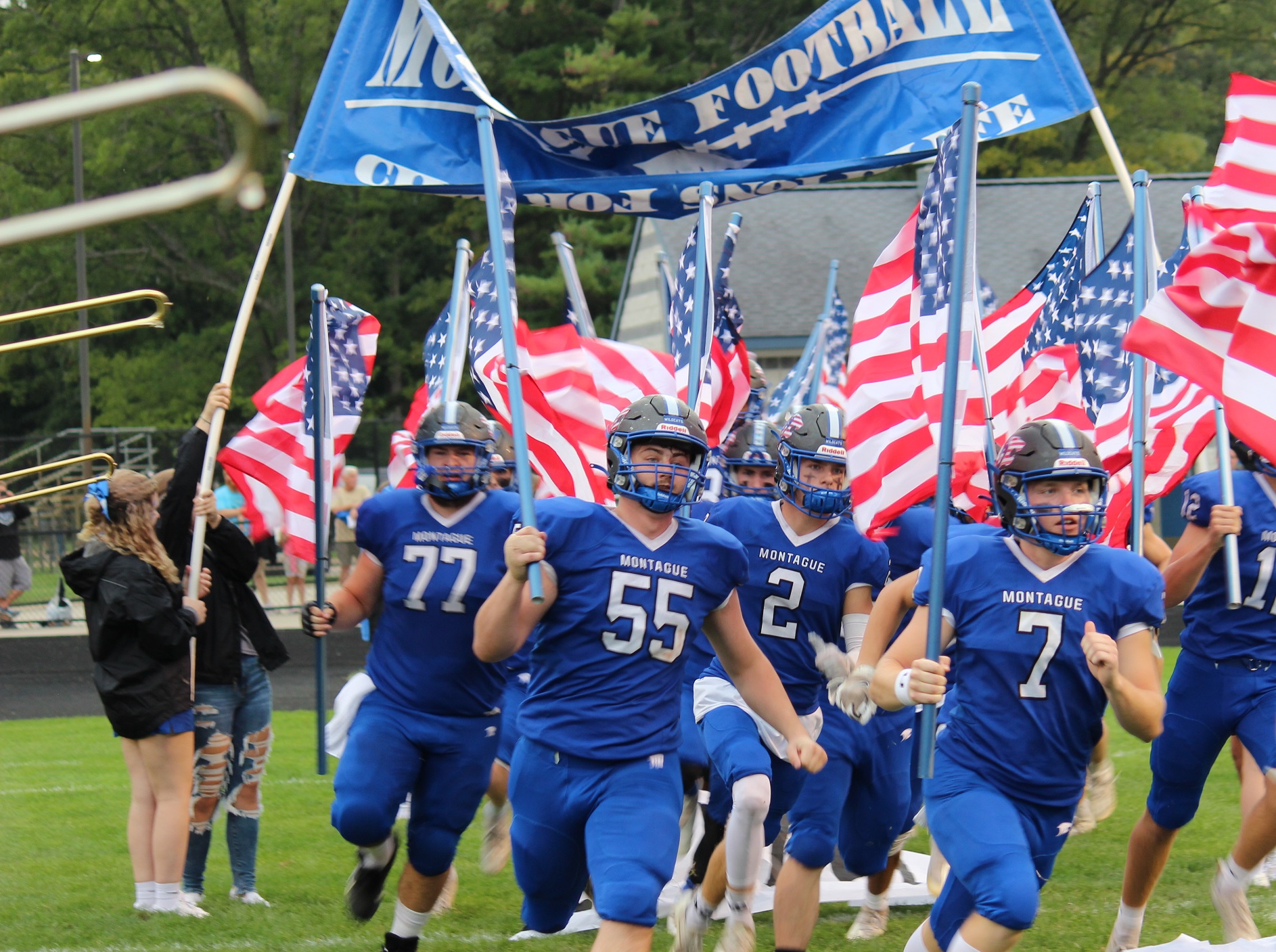 Montague athletic director Jay Mulder and others have thought for some time that the school should recognize and celebrate its rich football history.

What better time to begin than now?

This Friday night (Sept. 9, 2022) at EG Townsend Athletic Complex, when Montague hosts Orchard View in a West Michigan Conference Lakes Division opener, Montague is welcoming back all members of the 1972 and 1992 teams for what’s being called the “Alumni Recognition Game.”

Former players and coaches from all Montague football teams are invited to attend the game, where they’ll be admitted for free and treated to light refreshments. Mulder said the 1972 and 1992 teams will both be honored at halftime of the Montague-Orchard View game.

Kickoff for the game is 7 p.m.

Montague is asking those players and coaches from the 1972 and 1992 teams, who are planning on attending Friday’s game, to RSVP immediately. One may RSVP by calling 231-981-4537, emailing mulderj@mapsk12.org or visiting the website www.montagueathletics.com.

Montague’s 1972 team, which was coached by Chuck Hulce, finished with an 8-0 record. The Wildcats outscored opponents by a combined 187-9 tally en route to rolling to the West Michigan Conference championship.

Montague’s 1992 squad, coached by Ken Diamond, was the first to reach the state finals during the Michigan High School Athletic Association playoff era that began in 1975. The Wildcats were Class CC state runners-up and posted a 12-1 overall record, losing only to Detroit St. Martin dePorres, 12-7, in the state finals at the Pontiac Silverdome.

Mulder said the plan is to make these alumni games an annual event.

“Obviously, I’ve been living the history since 2002 when I first came on board. I was pretty familiar with the era of Ken Diamond. I had worked a long time with Ken,” Mulder said. “But having conversations with some of older people in the community and having conversations with Chuck, even in those lean years there’s a lot of pride and we’ve had great support and following from the community.”