Wildcats senior starts off season with victory after missing most of last year with knee injury. 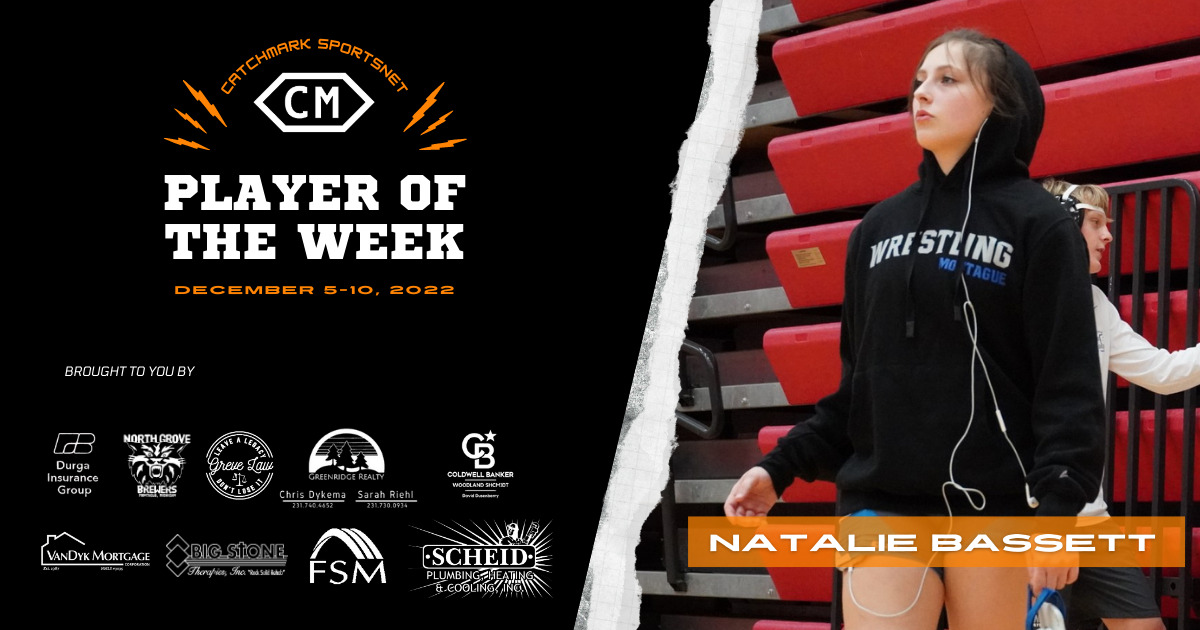 It’s been a long road back for Natalie Bassett, but now she’s in the swing of things for Montague’s “Lady Mat Cats.”

The Montague senior returned to wrestling action last week after missing nearly an entire season because of an injury.

Bassett won her first match of the season and she also took top honors in the CatchMark SportsNet Player of the Week fan poll, which recognized six West Michigan Conference winter sports athletes for their performances Dec. 5-10, 2022.

See complete voting results for this week’s poll at the bottom of this story.

In her second meet last year, Bassett suffered a season-ending knee injury. In her first match since the injury, Wednesday (Dec. 7), she pinned Holland West Ottawa’s Izabella Colunga in 1:16 in the 126-pound weight class.

In 2020, Bassett and Presley Davis made Montague history as the first to win matches at the Michigan Wrestling Association girls state finals tournament.