Oakridge gets ‘band back together’ in re-hiring retired, highly successful softball coach

Joe Coletta is back at the Eagles’ helm after amassing 267-122 record in previous two stints spanning 13 years. 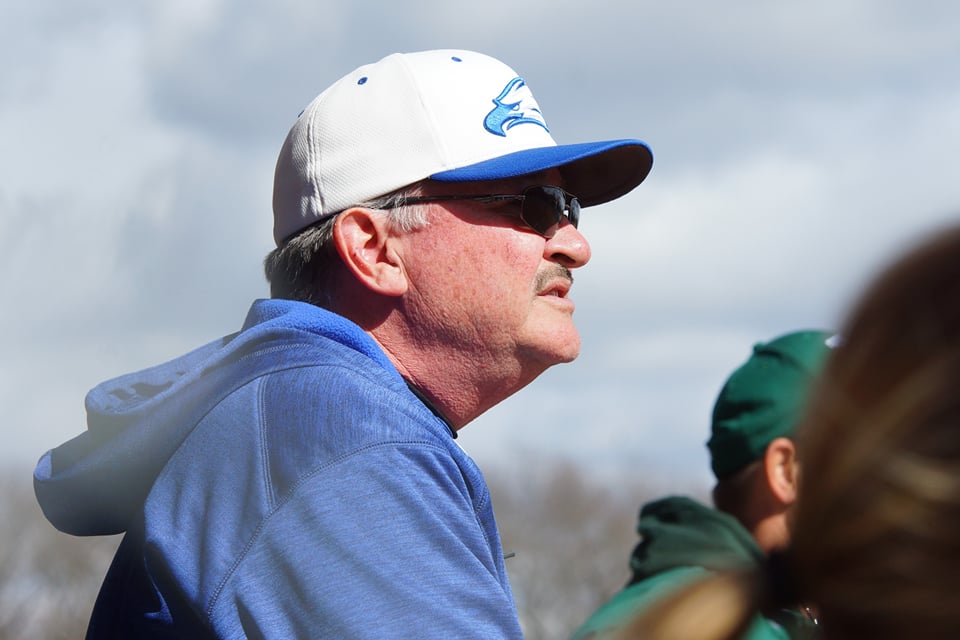 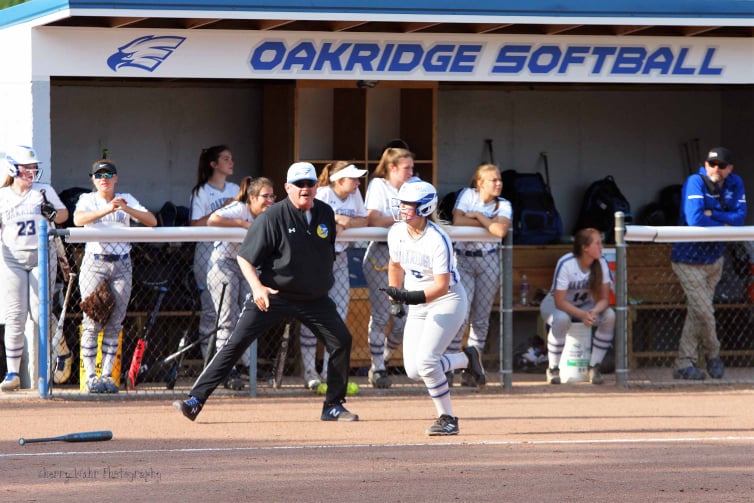 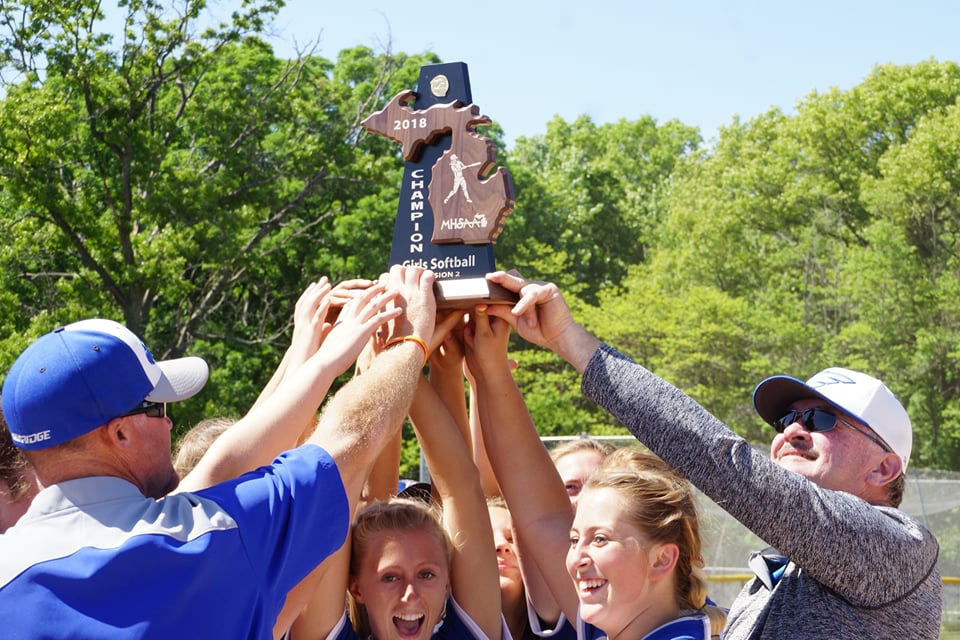 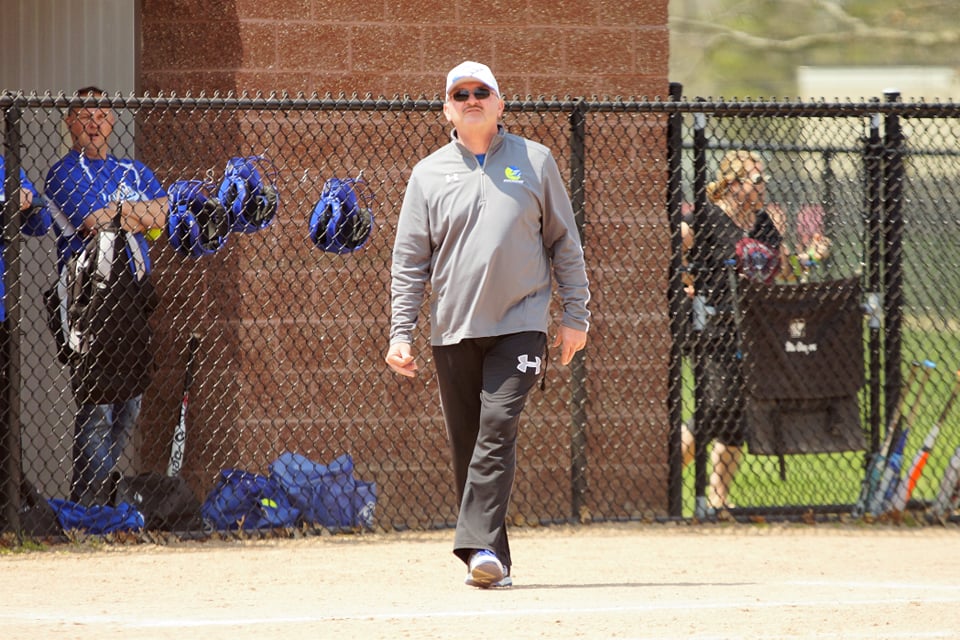 MUSKEGON – Joe Coletta has not even settled into retirement life yet, but he’s ready to get back to work.

Oakridge’s highly successful softball coach, who stepped down in 2019 so he could watch his son play baseball for the Eagles, is back and motivated as ever. Oakridge athletic director Rick Ruel said that the school re-hired Coletta last week. As per usual, the official hiring is pending school-board approval.

Coletta will be filling the void left when Sharon and Jake Schumann departed Oakridge for professional opportunities at Big Rapids Public Schools.

“I didn’t know for sure if (Coletta) had put in (for the job),” said Red Pastor, a longtime Oakridge assistant softball coach. “He was pretty mum about it. I was mum with him about it because I didn’t want to step on toes.

“I told a few people that I put in and I strictly put in just to make sure that it wouldn’t go to somebody that didn’t have some blood, sweat and tears in our program. I interviewed and it went really well. (Ruel) said I did great. The next day, he called me and said, ‘Joe put in. We’re going to hope to get the band back together.’”

In 2019, Coletta’s last season in his previous stint, Oakridge finished 33-4 to cap a four-year run of 30 or more victories.

The 2020 season was not played because of the coronavirus pandemic. In 2021, the Schumanns picked up where Coletta left off, as the Eagles went 34-5 and were ranked No. 2 in Division 2 before they suffered a 4-3 heartbreaking loss to Hudsonville Unity Christian in the regional.

Sharon Schumann was hired to replace Coletta when he stepped down from the position. She was on maternity leave when the 2021 season began, so husband Jake Schumann took over on an interim basis.

Coletta, 62, who has spent 37 years coaching a variety of sports at Oakridge, retired from his teaching position prior to this school year after 38 years in education. Coletta’s wife, Tracey, still teaches at Oakridge. Their son, Ty, is now a freshman at Muskegon Community College, where he plays baseball.

Coletta was not planning to return as head softball coach, but he’s thrilled to be back.

“My hope was that the Schumanns were going to be there for a long time and maybe I would come back and help them. But when they left, it kind of piqued my interest,” he said. “I realized being away from it how much I enjoyed it because I missed it so much. When this opened up, I just felt like I had some interest. I know still a lot of the girls there, so it seemed like a good thing to do.”

Oakridge will return eight of nine starters from the 2021 squad, as the Eagles look to extend their five-year streaks of conference, county and district titles.

“His son is off to college, so he decided to come back and run the softball program again and so we’re excited about that. Hopefully we can continue on like he never left,” Ruel said about Coletta.

Pastor said he is “stoked” to be coaching with Coletta again. They know each other very well and have good chemistry together.

Pastor called Coletta “a great relationship guy” in the school and with the athletes.

Coletta said the retirement life has been “awesome,” especially now that he does not have to prepare lesson plans for the week on Sunday nights. He’ll be able to spend even more time at the softball field with a rake in his hands.

Coletta also plans to assist Oakridge girls varsity basketball coach Morgan (Giddings) Wahr in the upcoming season, and he hopes the Eagles basketball and softball great will join his softball staff in the future.

“The girls really enjoy playing softball at Oakridge. For whatever reason, they play it in the summer and they’re really committed to being a high-level program, which is something that I really admire in an athlete, when they want to be something more than just average. It’s fun to coach kids like that who have high aspirations and want to play at a higher level.”