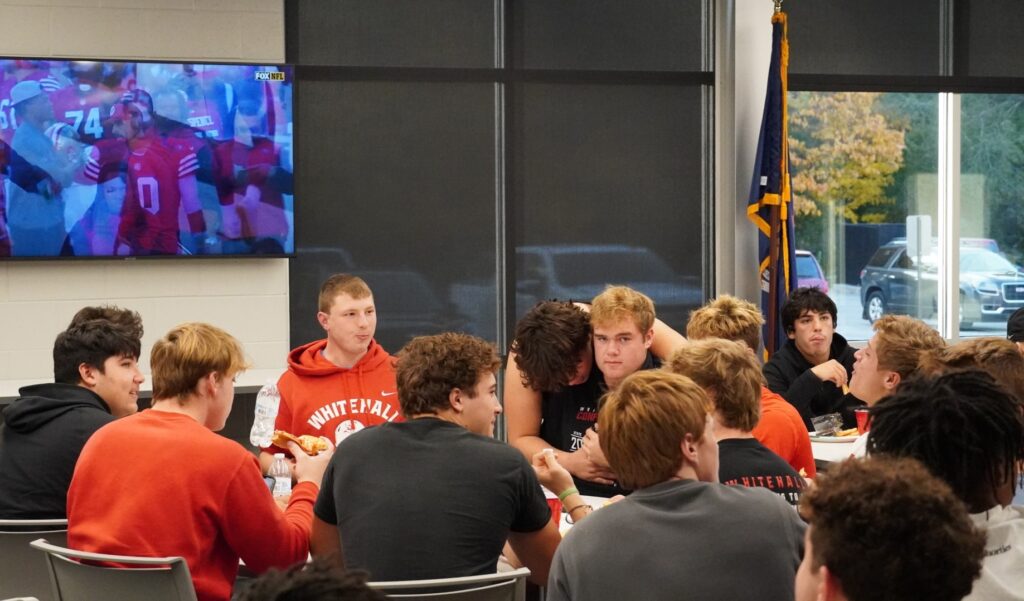 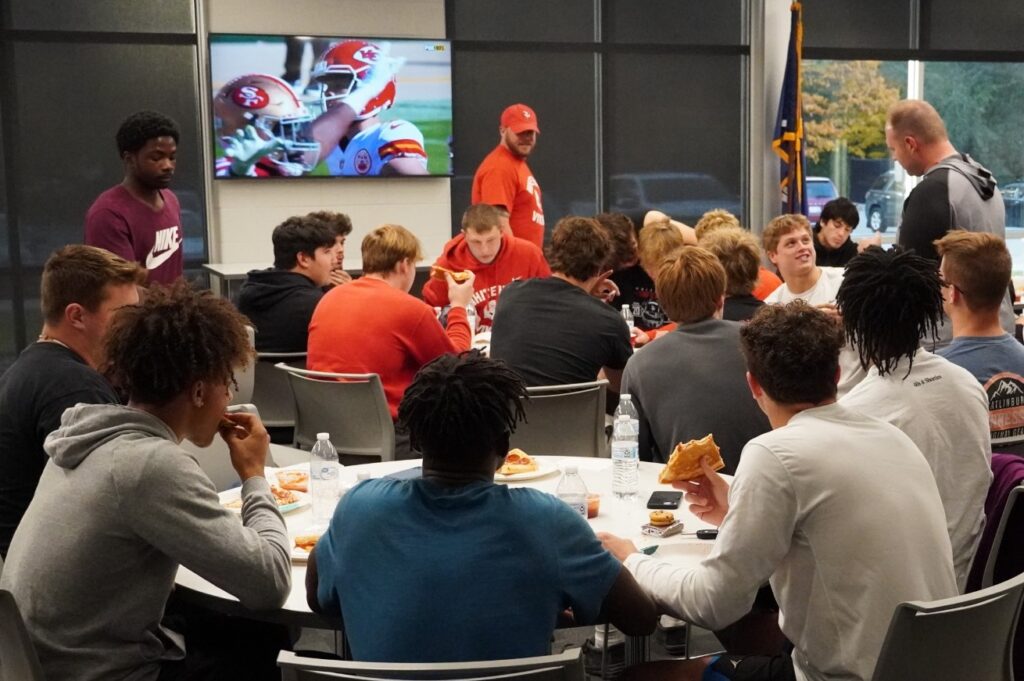 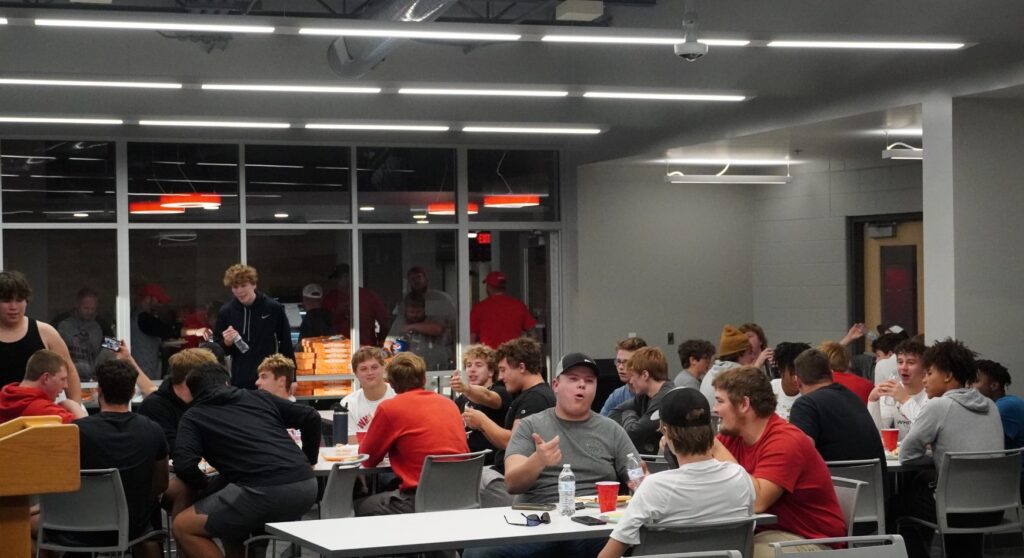 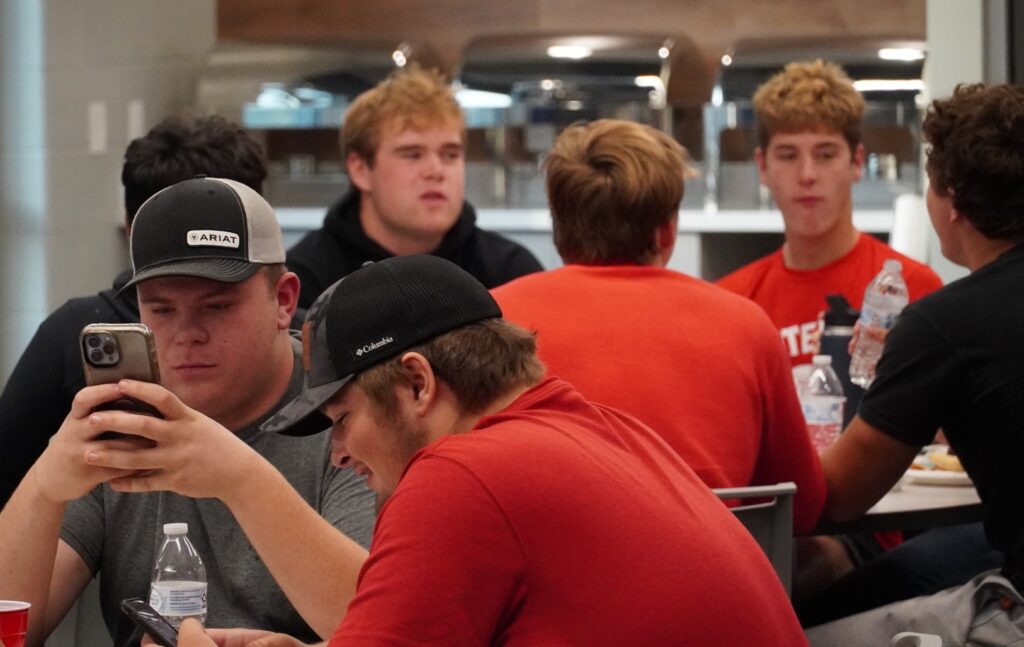 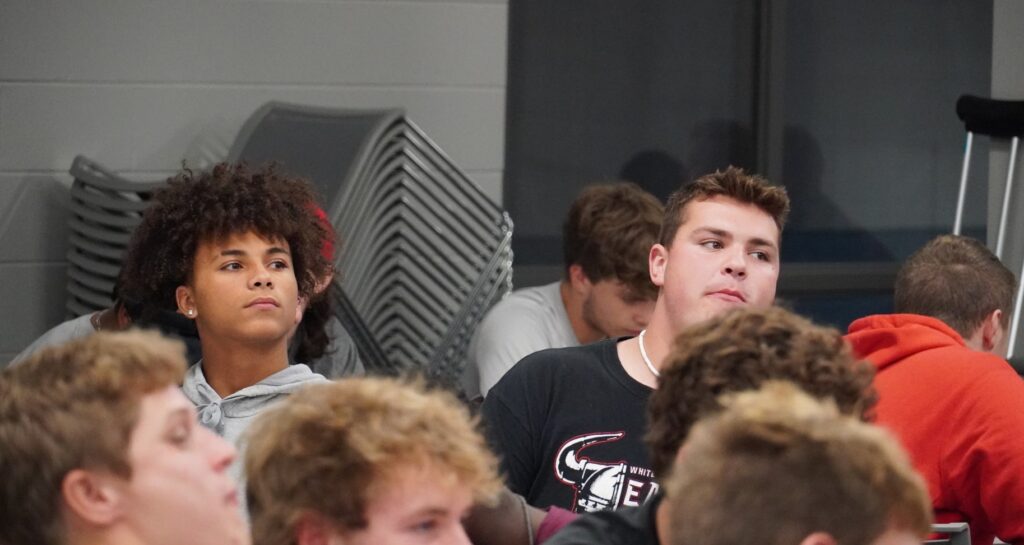 West Michigan Conference teams assembled at their respective watch parties. Even though these teams already knew they’d be in the playoffs, it didn’t make it any less exciting to see which opponents they drew for the first round and what their postseason roads looked like.

Below are the six first-round playoff matchups involving the seven West Michigan Conference teams that punched their tickets to the playoffs. Along with capsules for each game, we have WMC Football Profile videos for each of the seven squads, so give those a watch.

The road to Thanksgiving weekend at Ford Field begins now.

About the matchup: The last time these teams played was in the 2003 Division 4 regional final, when Big Rapids edged Whitehall, 22-19. … This season, Big Rapids shared the Central State Activities Association Gold Division title with Howard City Tri County and Reed City. … The Cardinals’ lone league loss came in Week 4 against Reed City, 52-32. Big Rapids’ other loss was a 42-19 season-opening defeat against Coopersville. Big Rapids’ best win was a 27-26 victory over Howard City Tri County in the game’s final seconds. … Whitehall was 9-0 in the regular season for the first time since 1998. That season, the Vikings lost in the first round of the playoffs to Orchard View, 50-14. … The Vikings have outscored opponents this season, 416-84. … Whitehall’s best wins this season have been against Hudsonville Unity Christian in Week 1 (54-26), Hastings in Week 2 (41-30) and Oakridge in Week 6 (42-8).

About the matchup: Ludington and Fruitport were Lakes 8 Activities Conference foes not so long ago. Their most recent meeting happened in 2015, when the Trojans defeated the Orioles, 56-14. … Since 1950, Fruitport leads the all-time series with Ludington, 37-6-2. … In its first season as a West Michigan Conference member, Ludington finished third in the Lakes Division behind Whitehall and Oakridge, the two teams to defeat the Orioles. … Ludington is in the playoffs for the fourth time in five years and fifth time in seven seasons. … Ludington’s best wins this season have come against playoff qualifiers Montague in Week 5 (34-14) and Manistee in Week 6 (45-21). … This is Fruitport’s third straight year in the playoffs. … Fruitport captured a share of the OK Blue Conference title along with Grand Rapids West Catholic. … Fruitport’s best win this season was over West Catholic in Week 7 (28-20). … Fruitport’s losses this season have come against Grand Rapids Christian in Week 2 (41-34) and Unity Christian in Week 4 (60-46).

Where: Russell A. Erickson Field

About the matchup: This is the first matchup between these teams. … Shepherd finished tied for third in the Jack Pine Conference, tied with Sanford Meridian and behind Gladwin and Clare. … Shepherd’s losses this season have come Sanford Meridian in Week 2 (14-0), Gladwin in Week 3 (54-0) and Ithaca in Week 9 (21-7). … The Bluejays are in the playoffs for the third time in four years. … This is Oakridge’s 18th straight year in the playoffs and 27th time in 28 years…. Oakridge finished runner-up in the WMC Lakes Division behind Whitehall. The Eagles’ lone loss of the season came against the Vikings, 42-8 in Week 6 at Oakridge. … Six of Oakridge’s eight wins have come against playoff qualifiers: Sparta, Muskegon Catholic Central, Manistee, Ludington, Ravenna and Montague. … Take out the loss to Whitehall, and Oakridge has outscored opponents by a combined 263-86 margin.

About the matchup: These teams squared off in last year’s Division 6 district finals at Reed City, where Montague won 35-22. … Montague is 11-1 against Reed City all-time. … This is Montague’s eighth straight playoff appearance and 21st in 22 seasons. … Montague has won five straight Division 6 district titles. … The Wildcats’ 3-6 record is their worst since 2014, when that team finished 2-7. … All six of Montague’s losses this season have come against playoff qualifiers: Ravenna, Whitehall, Ludington, North Muskegon, Manistee and Oakridge. … This is the 13th straight year Reed City has been in the playoffs and 19th in 23 years. … Reed City shared the Central State Activities Association Gold Division title with Big Rapids and Howard City Tri County. … The Coyotes lost to Tri County in Week 2 (48-40) and beat Big Rapids in Week 4 (52-32). … Reed City’s best win came in Week 9, a 16-8 overtime decision against Division 3 Cadillac.

About the matchup: This is Manistee’s third straight playoff appearance and fourth in five years. … In its first season as a West Michigan Conference member, Manistee finished fourth in the Lakes Division. … The Chippewas’ three losses came against teams ahead of them in the standings: Oakridge in Week 2 (46-19), Whitehall in Week 5 (56-0) and Ludington in Week 6 (45-21). … Manistee has gotten it rolling in recent weeks, outscoring its three opponents by a combined 139-33 margin. … Manistee’s best win this season was a 50-20 rout of Division 6 playoff qualifier Montague in Week 8. …. This is Boyne City’s ninth playoff appearance in 11 years and 18th in 22 seasons. … Boyne City has three shutouts this season. The Ramblers have outscored Northern Michigan Football League Leaders Division opponents by a combined 175-14 margin. … Boyne City beat Northern Michigan Football League Leaders Division runner-up Charlevoix, 42-14, in Week 6.

About the matchup: This is the second matchup in four weeks for these West Michigan Conference rivals. North Muskegon defeated Ravenna, 28-7, in Week 7 at Fred Jacks Memorial Field. … North Muskegon won the WMC Rivers Division title, the Norse’s first outright conference crown since 1986. Ravenna finished second in the WMC Rivers Division. … Last season, Ravenna swept North Muskegon, beating North Muskegon 17-6 in Week 7 and 7-6 in the first round of the playoffs. … Ravenna’s best win this season was a 14-7 decision over Montague in Week 2 or perhaps the Bulldogs’ 48-0 rout of Hart in Week 9. … Ravenna’s other two losses have come against Beal City in Week 1 (22-21) and Oakridge in Week 8 (48-6). … North Muskegon has won eight in a row this season after opening with a 24-22 loss to Muskegon Catholic Central at Hackley Stadium. … North Muskegon has outscored opponents this season by a combined 321-64 margin.