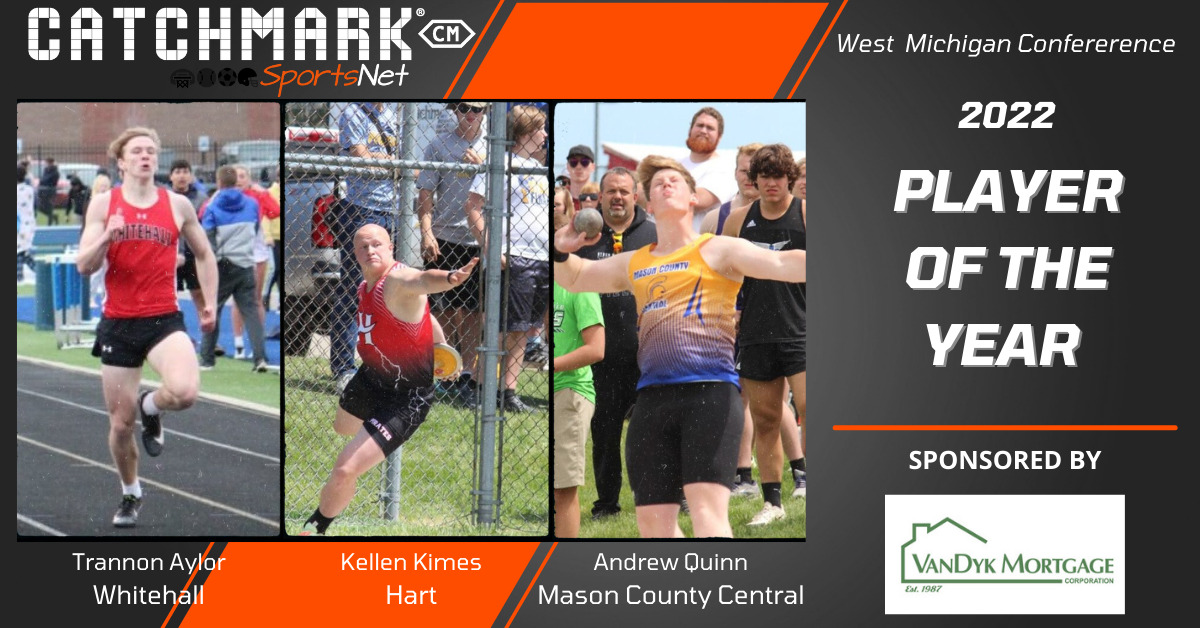 The West Michigan Conference enjoyed a banner year in boys track and field.

Two individuals were crowned state champions, a relay team and one its members tore it up at the state meet and several student-athletes earned all-state recognition.

Now it’s time for CatchMark to salute the best of the best from the conference this track season on the boys side.

A CatchMark panel consisting of Scott DeCamp, Brent Raeth and Conner Raeth has come to a consensus on three finalists for the 2022 VanDyk Mortgage West Michigan Conference boys track and field Athlete of the Year award. After some deliberation, the finalists have been determined: Whitehall’s Trannon Aylor, Hart’s Kellen Kimes and Mason County Central’s Andrew Quinn.

Friday morning (June 17), a poll will open and readers will vote to determine which of the aforementioned athletes wins the award. Readers will be allowed to vote once per hour until the poll closes at 3 p.m. Tuesday, June 21.

Here are capsules on each of the Athlete of the Year finalists for boys track and field: