Norsemen capture their fourth straight victory as they pull away from rival Bulldogs. 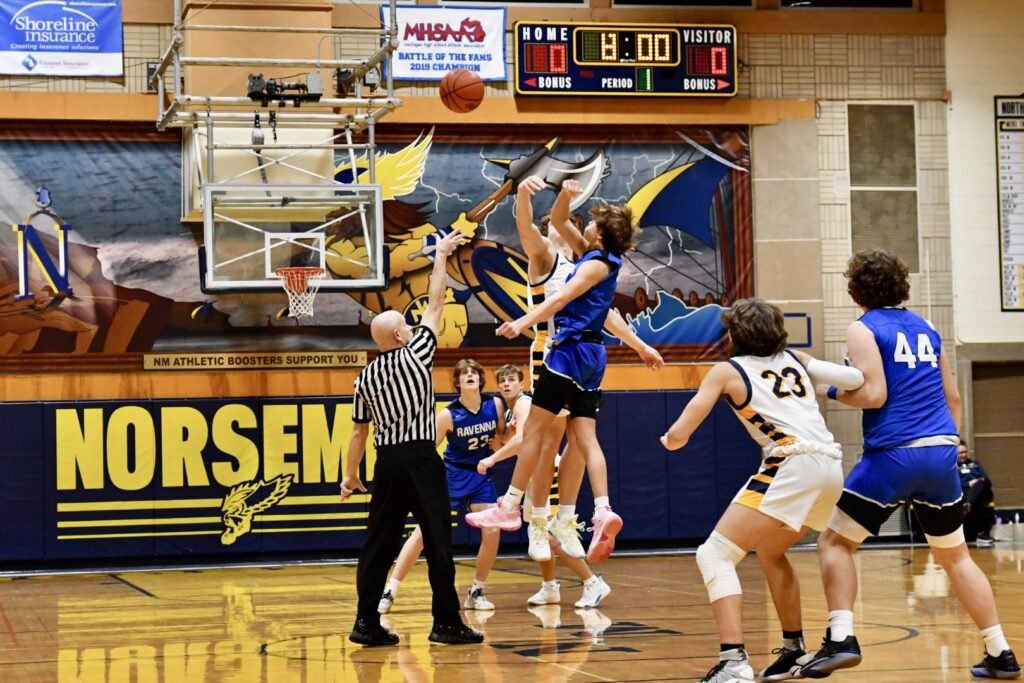 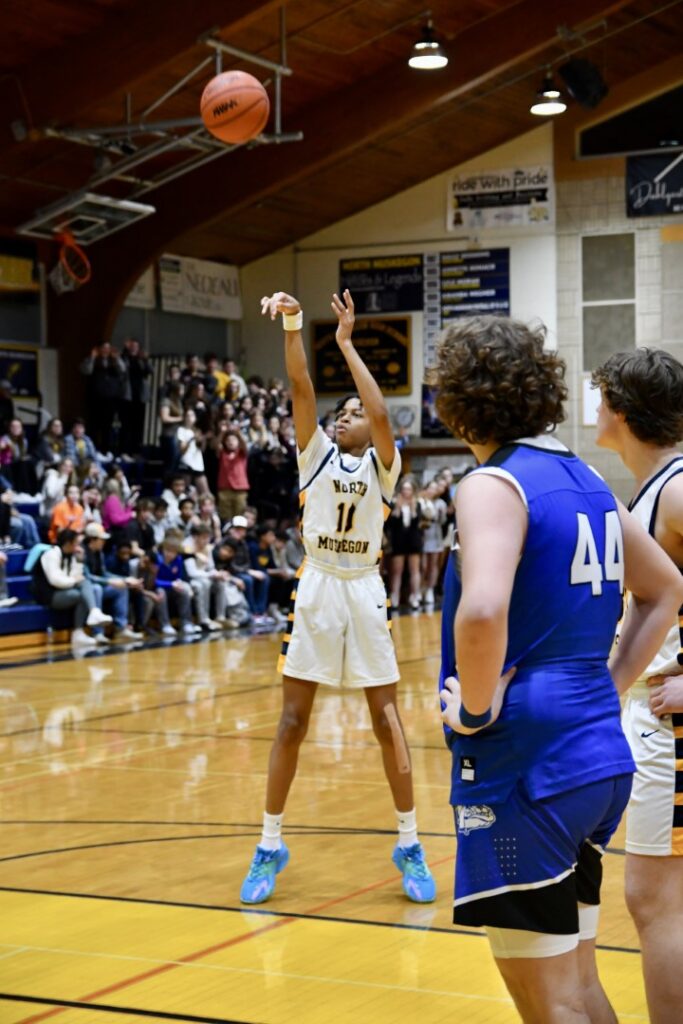 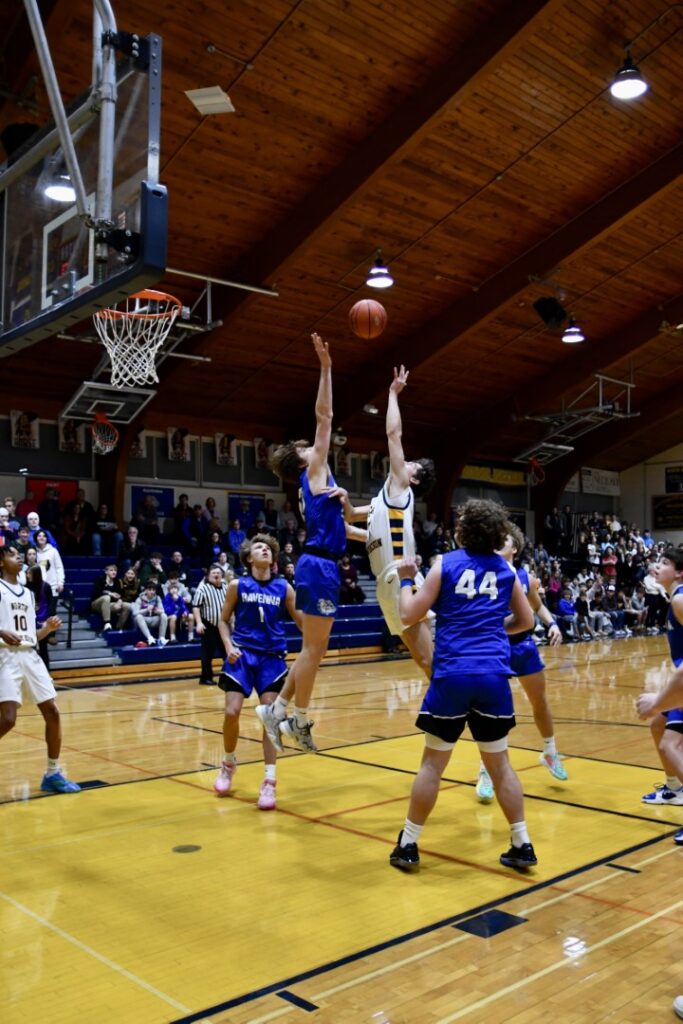 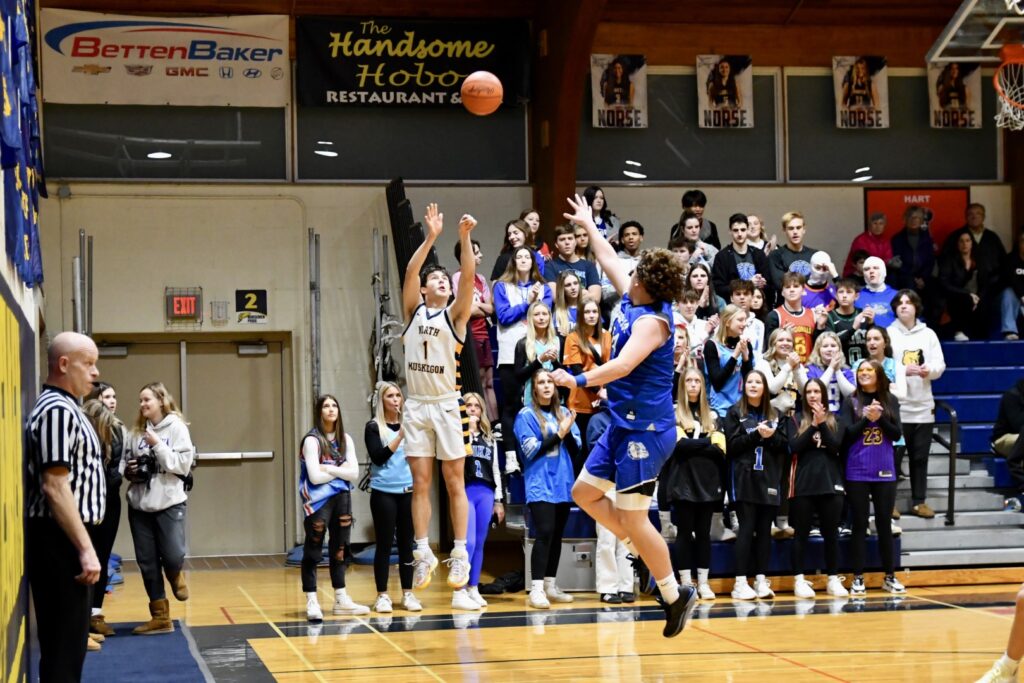 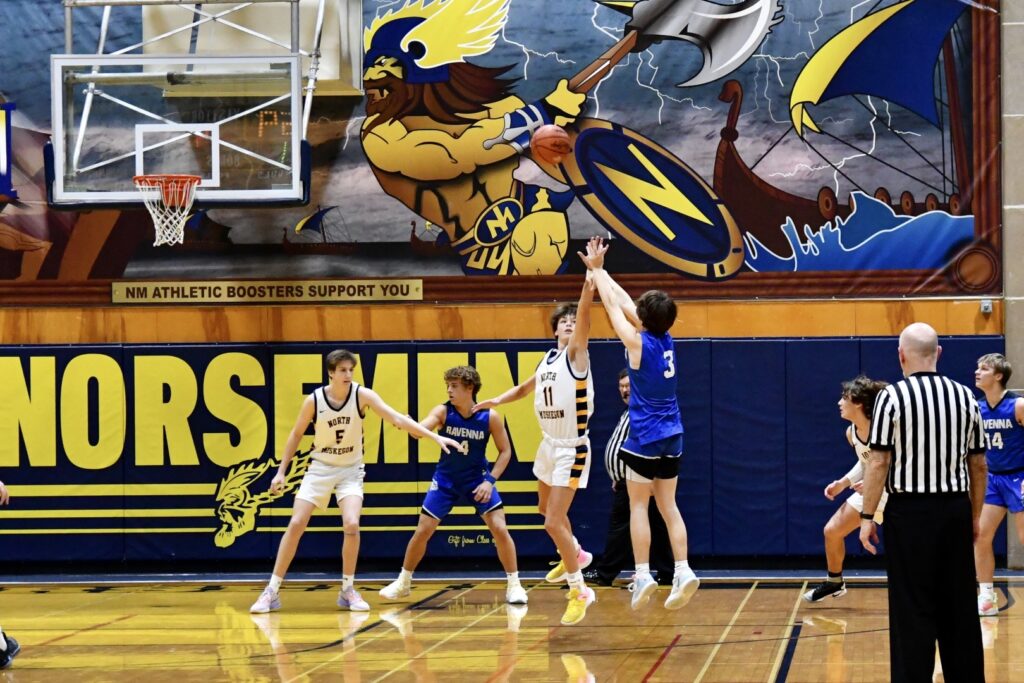 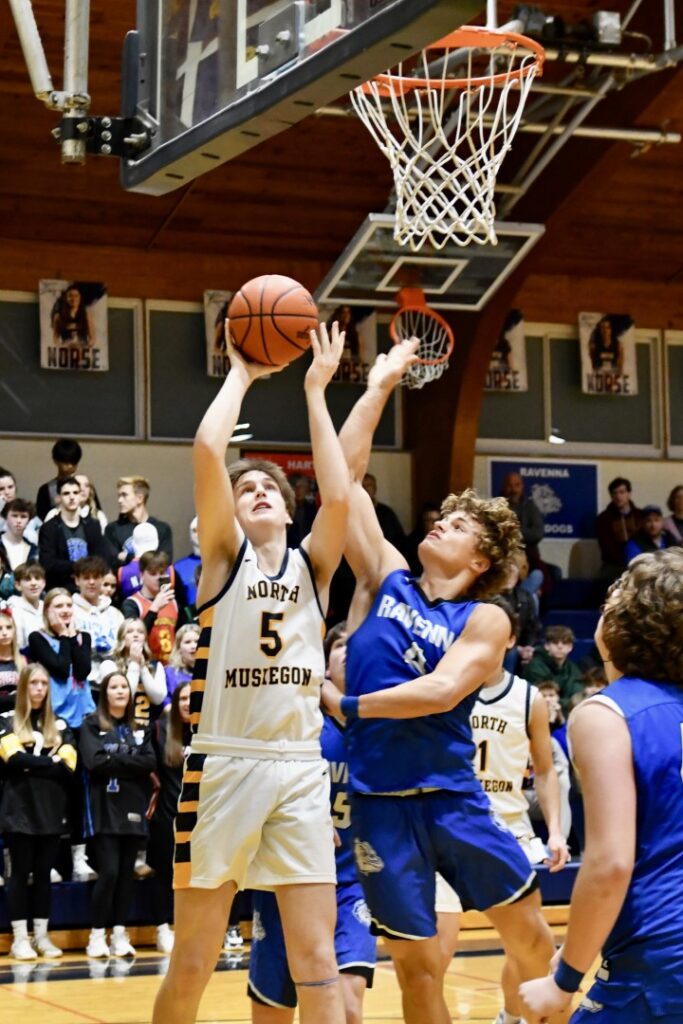 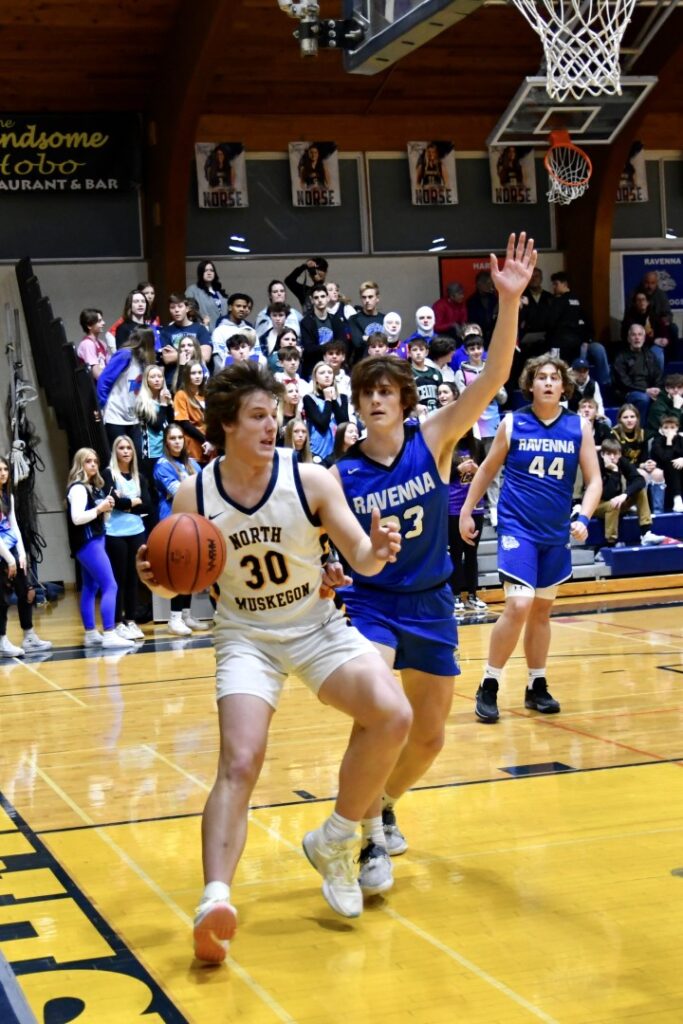 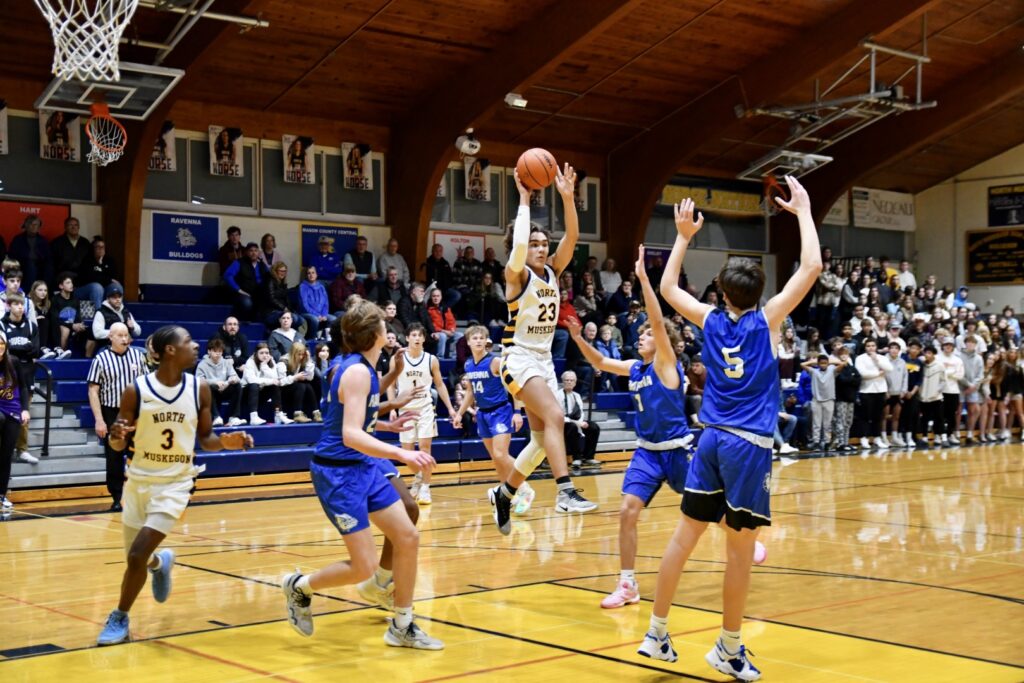 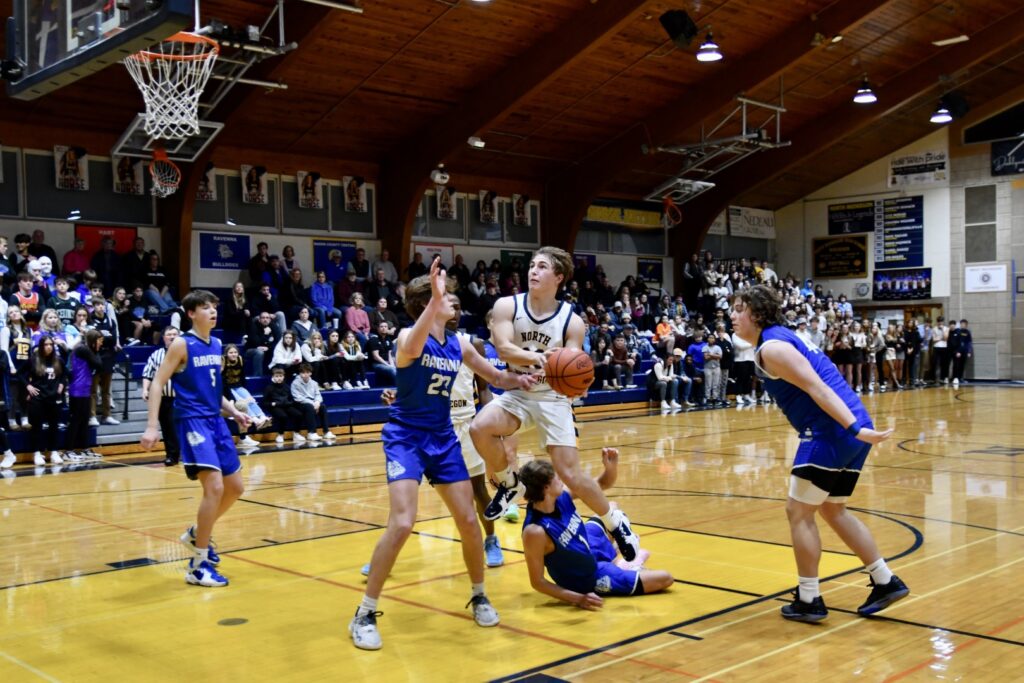 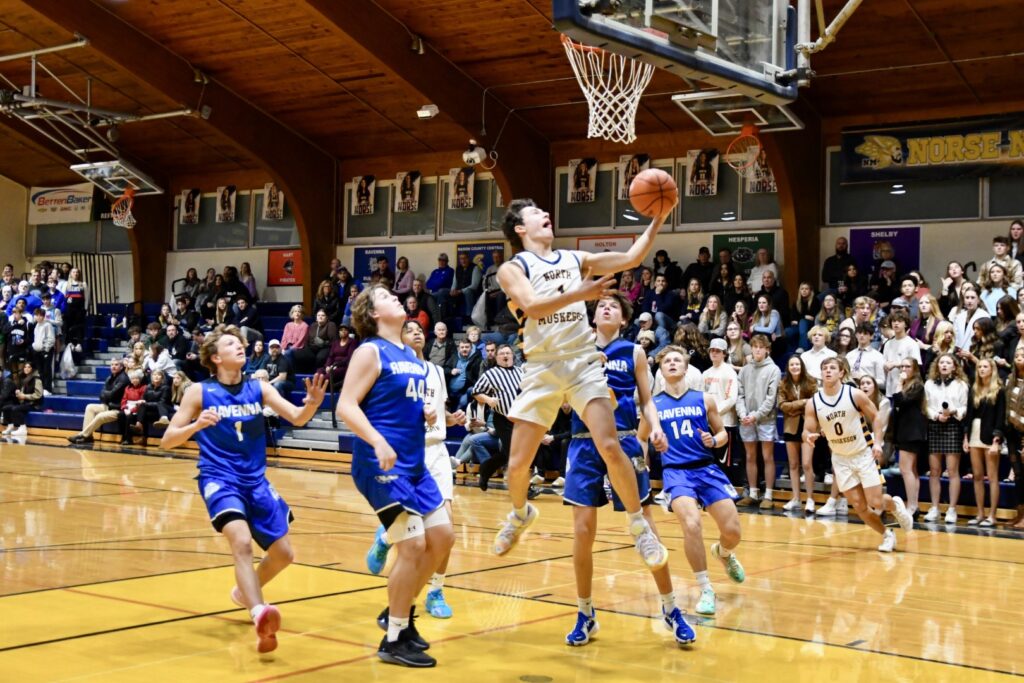 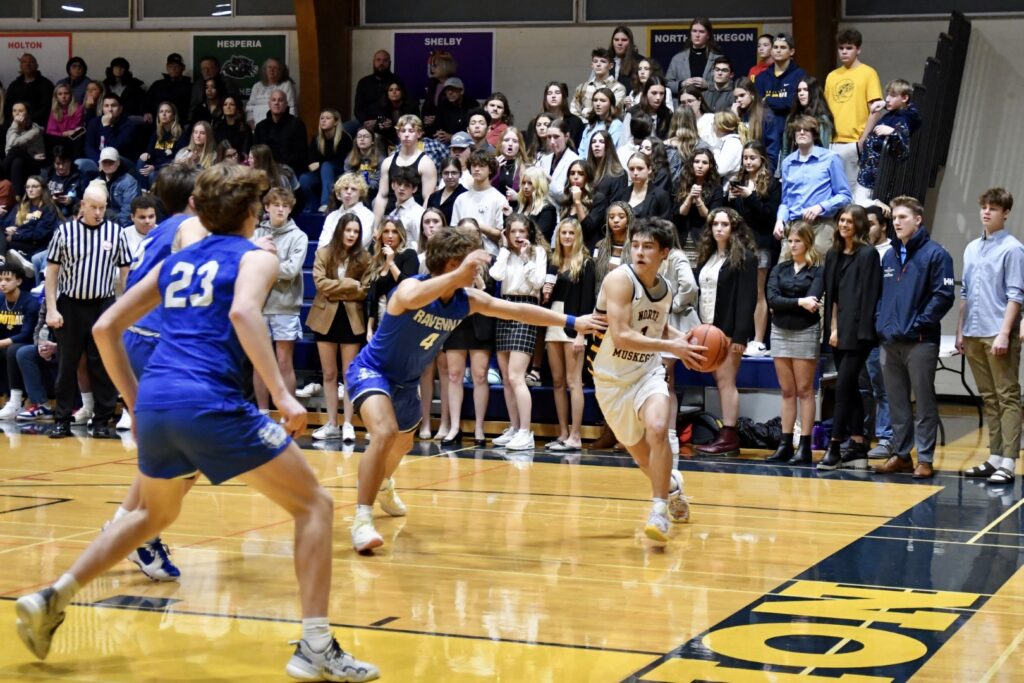 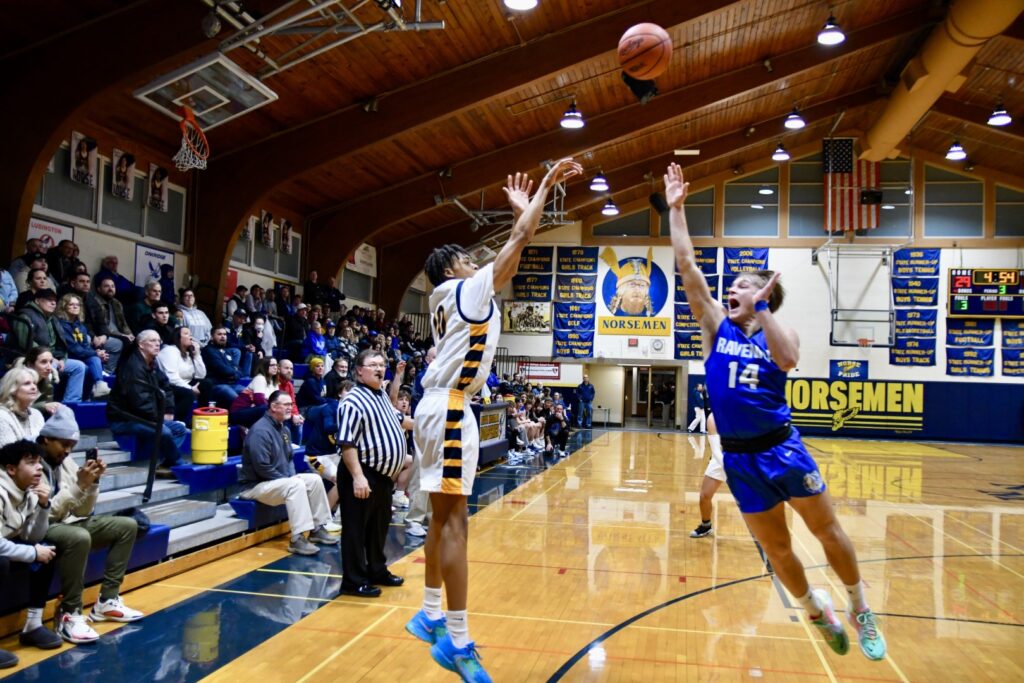 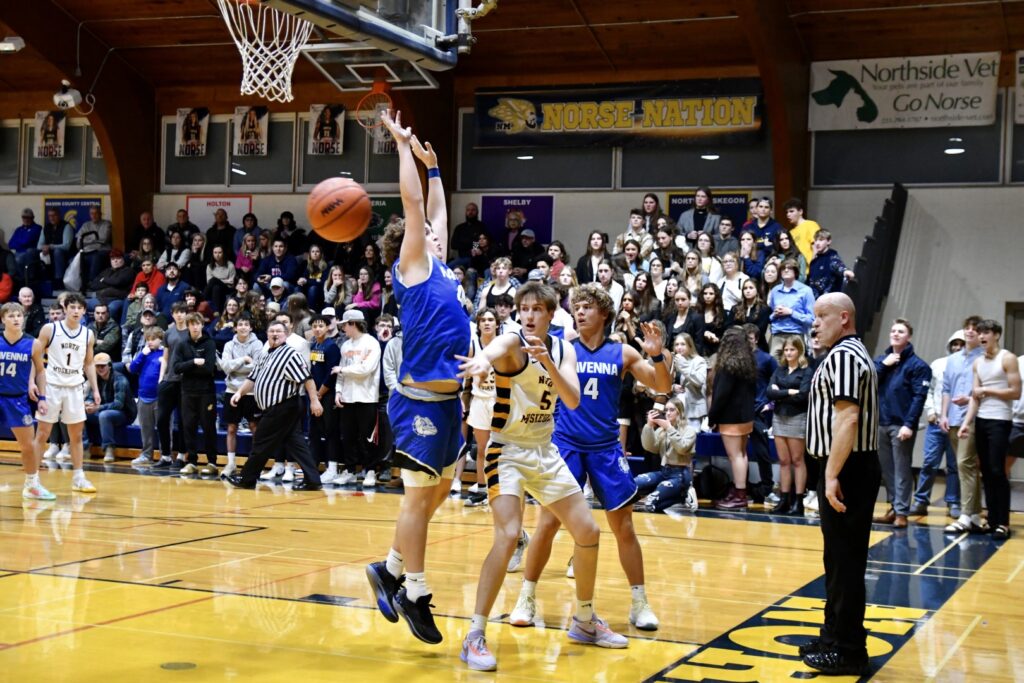 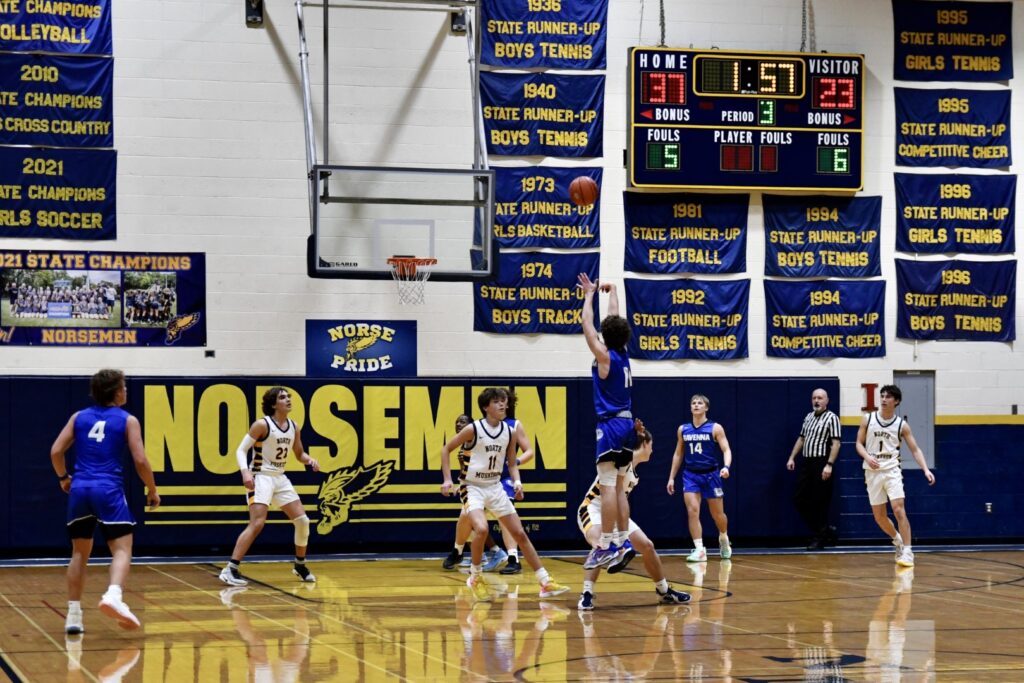 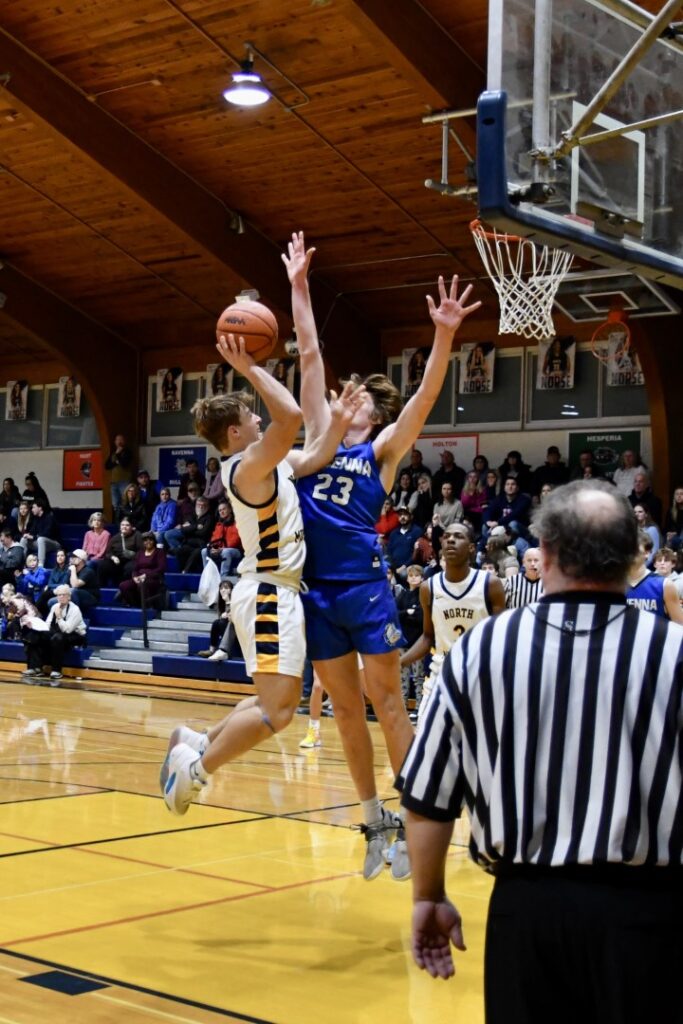 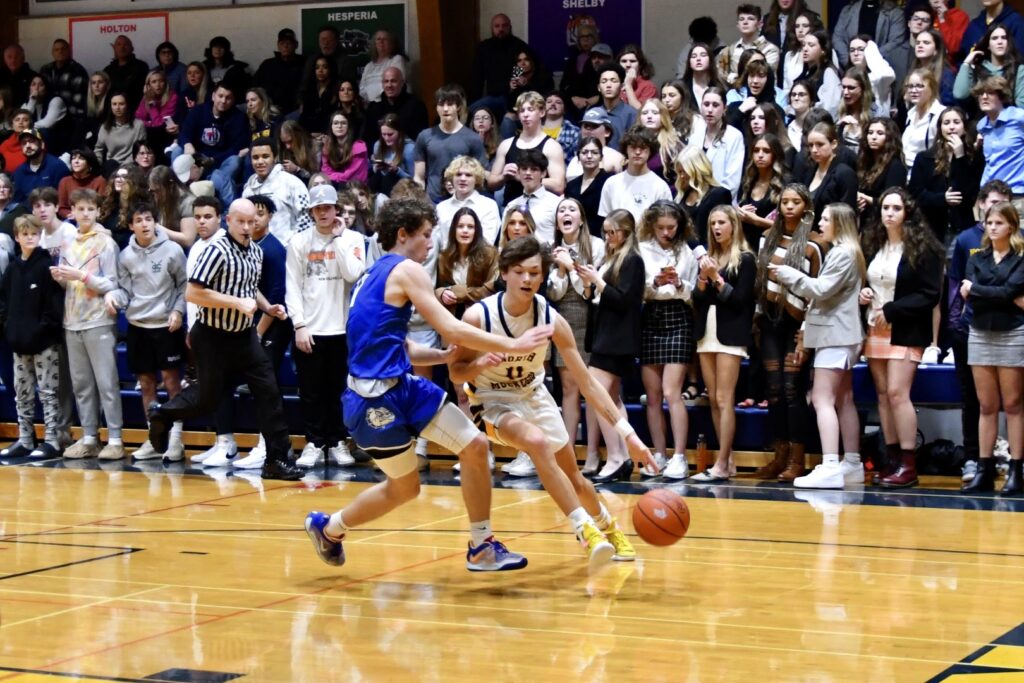 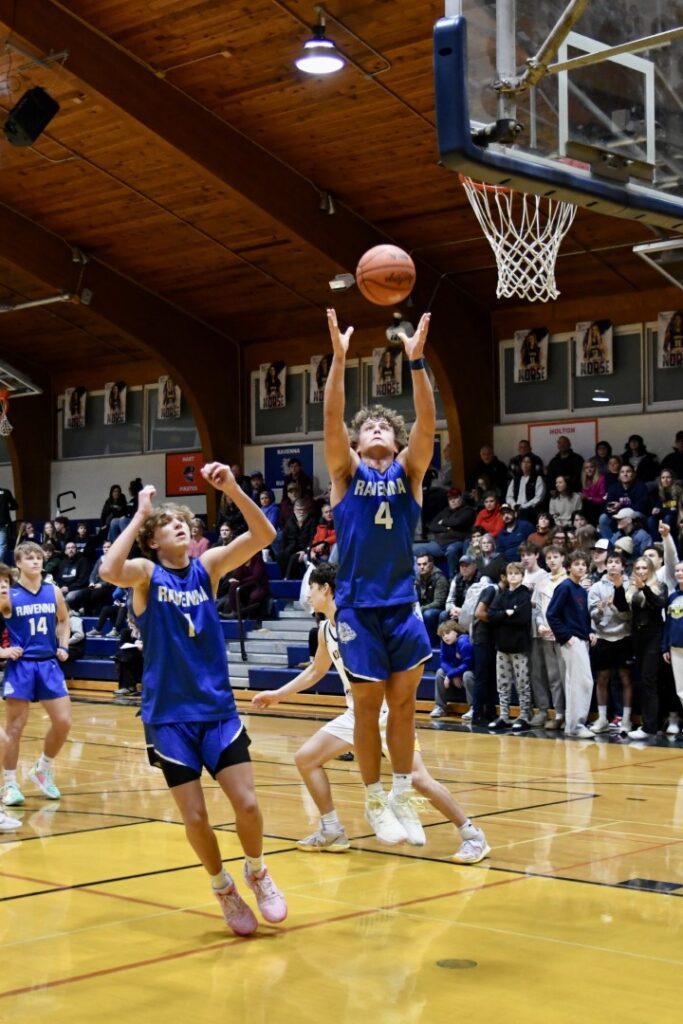 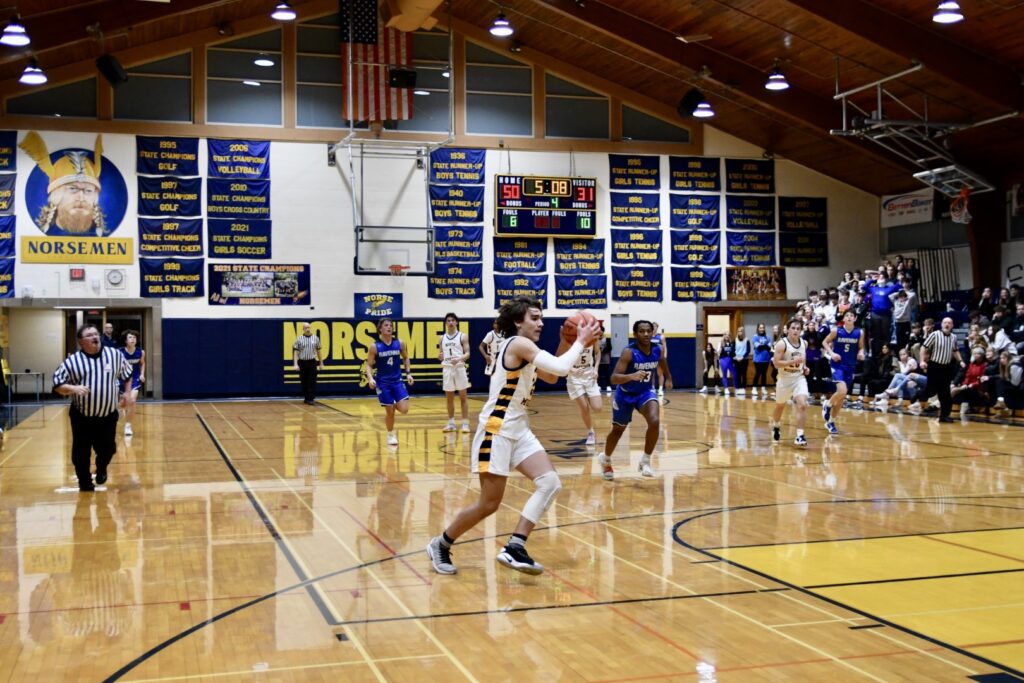 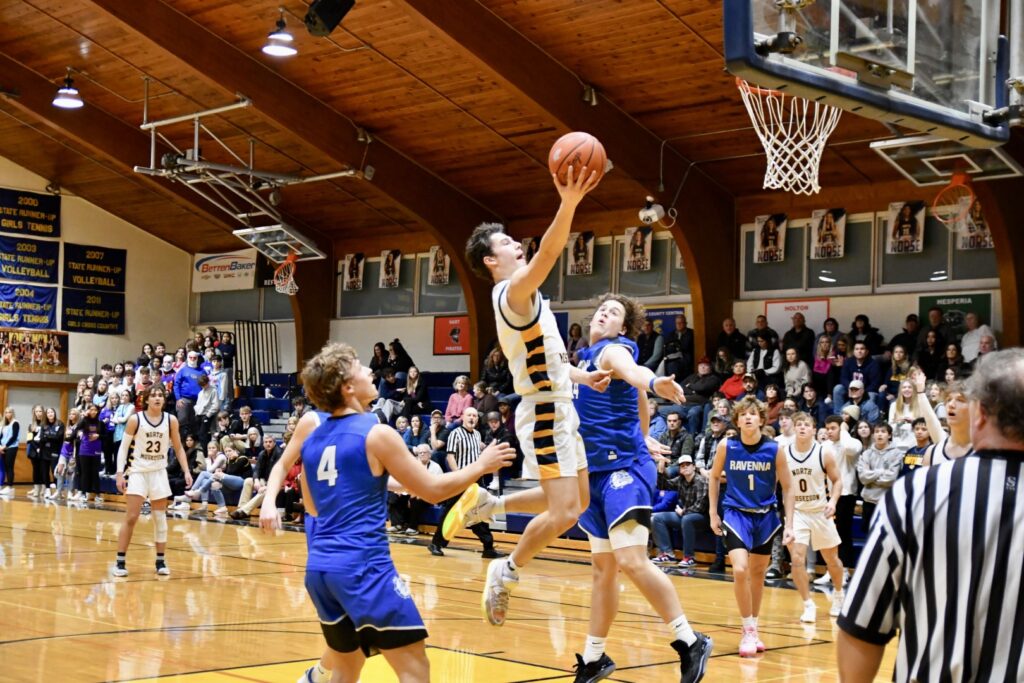 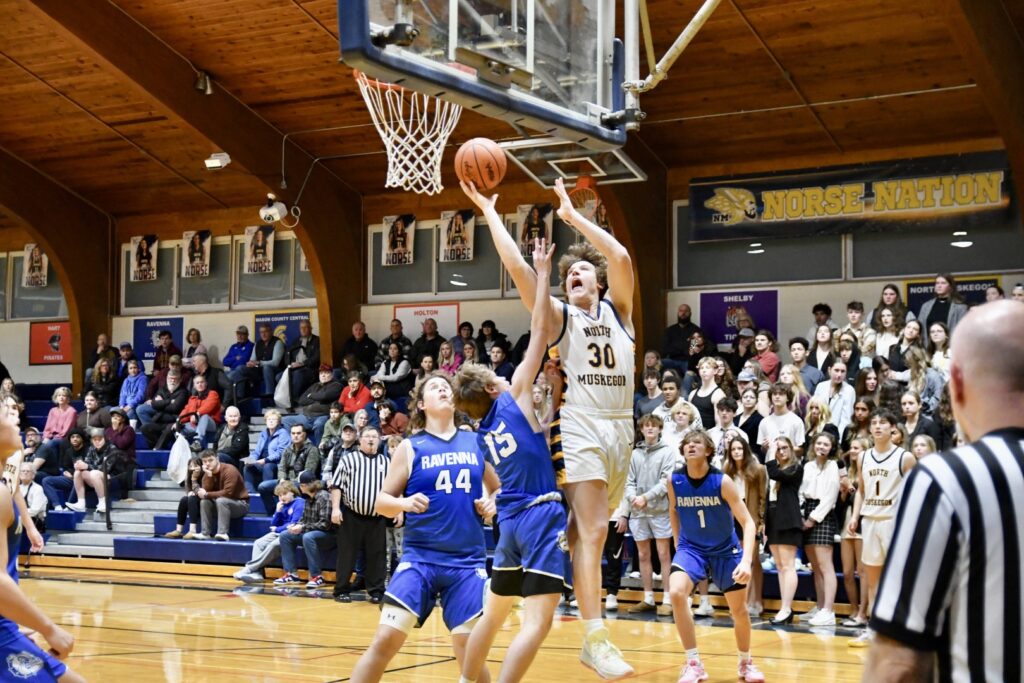 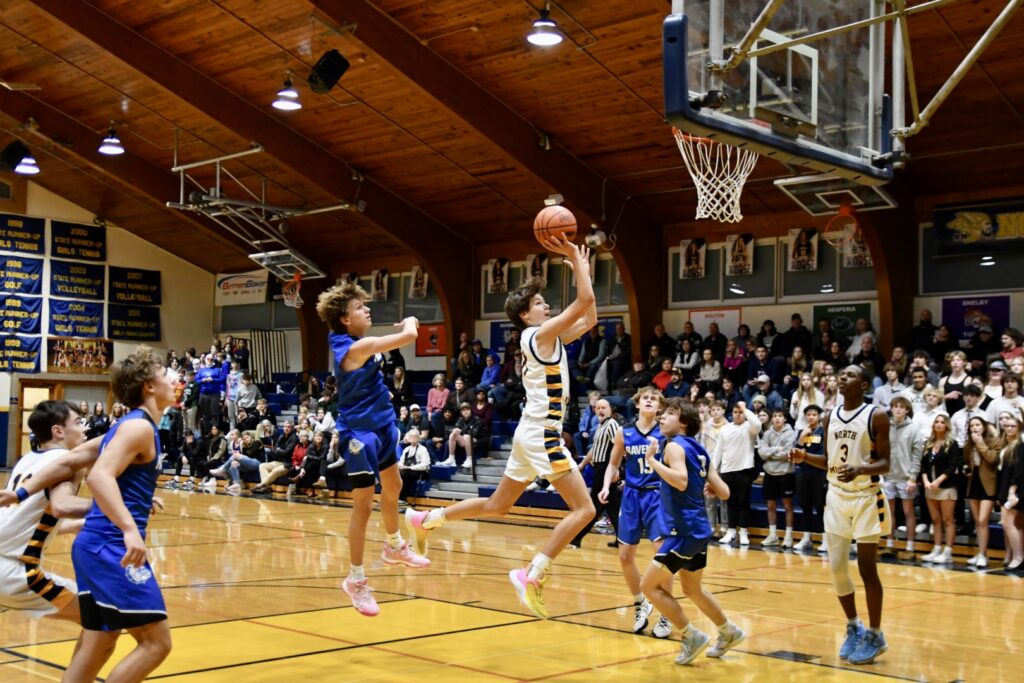 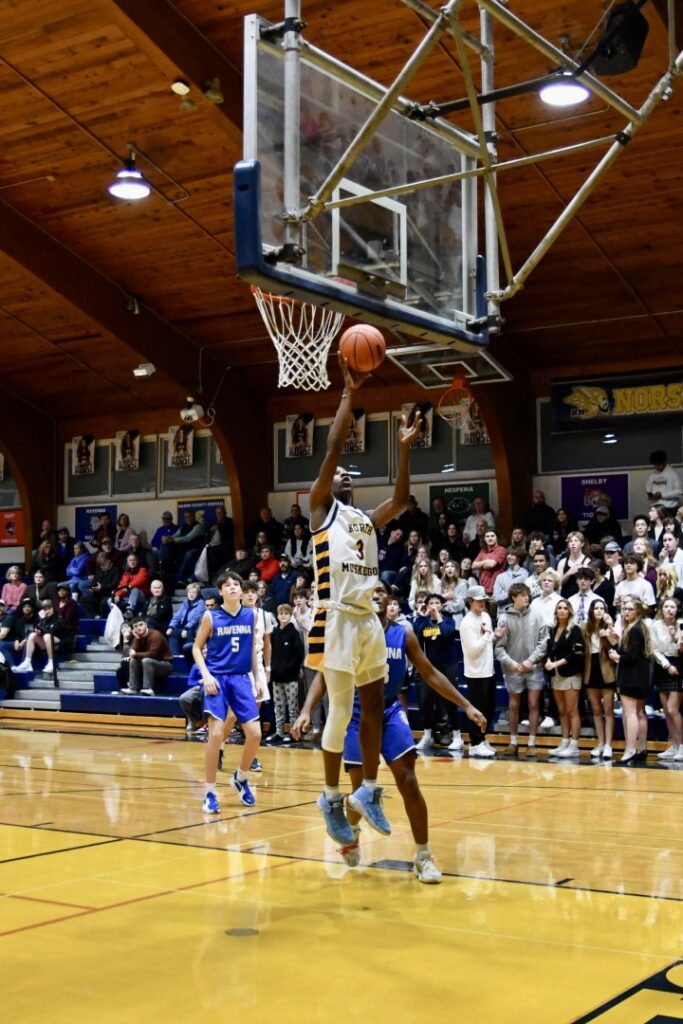 North Muskegon cruised to a 64-35 victory over Ravenna as senior Troy McManus finished with 24 points, five steals and four assists. It was the Norsemen’s fourth straight win.

“A close game early as Ravenna did a nice job of going inside to their two bigs. They got us in some foul trouble and we were having a tough time with their zone,” North Muskegon coach Chuck Rypstra said.

“In the second half, we found a few gaps and were able to extend the lead, but Ravenna turned up the pressure and cut a 20-point lead down to 13. We had a timeout and talked about what to do and the kids did a great job of executing. From there. we pushed it out again and we were able to catch them in a few passes out of traps for layups.”

North Muskegon next visits Muskegon Heights Academy on Monday, while Ravenna heads to Holton on Monday.

“I was real proud of how we played as we got some difficult news that one of our starters is going to have season-ending surgery on his knee,” Rypstra said. “We all picked it up for him and got a great Friday night home victory.”