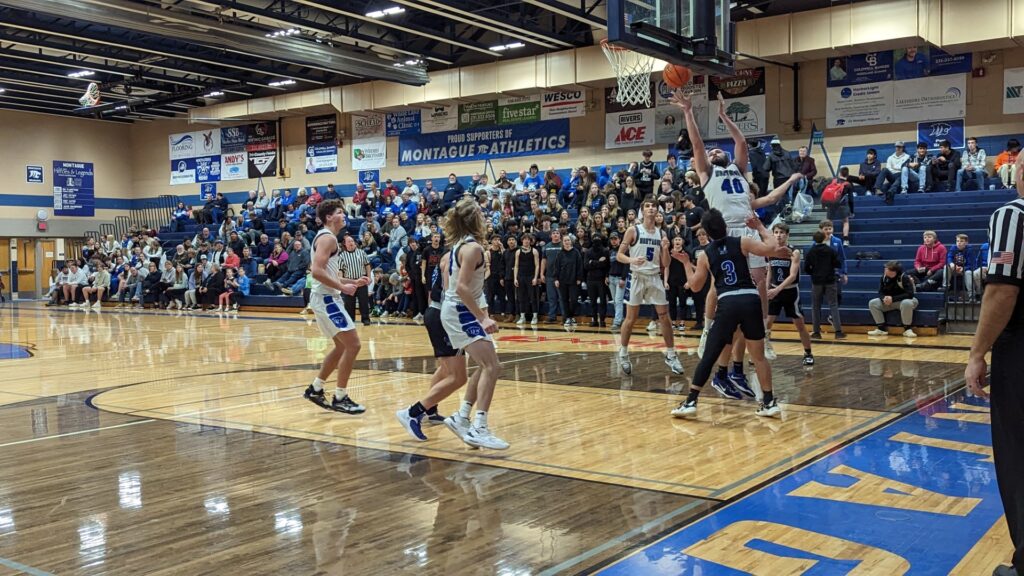 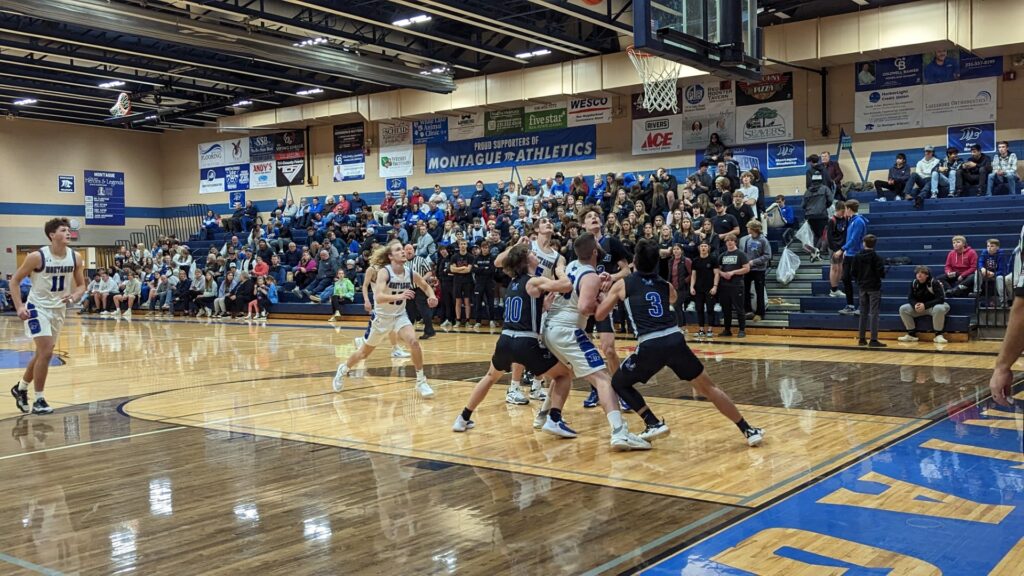 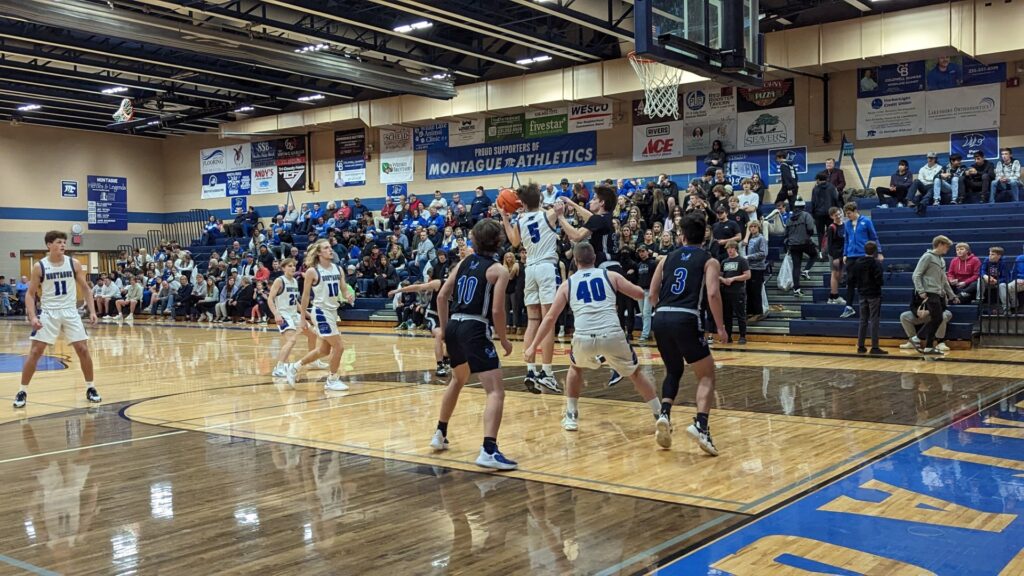 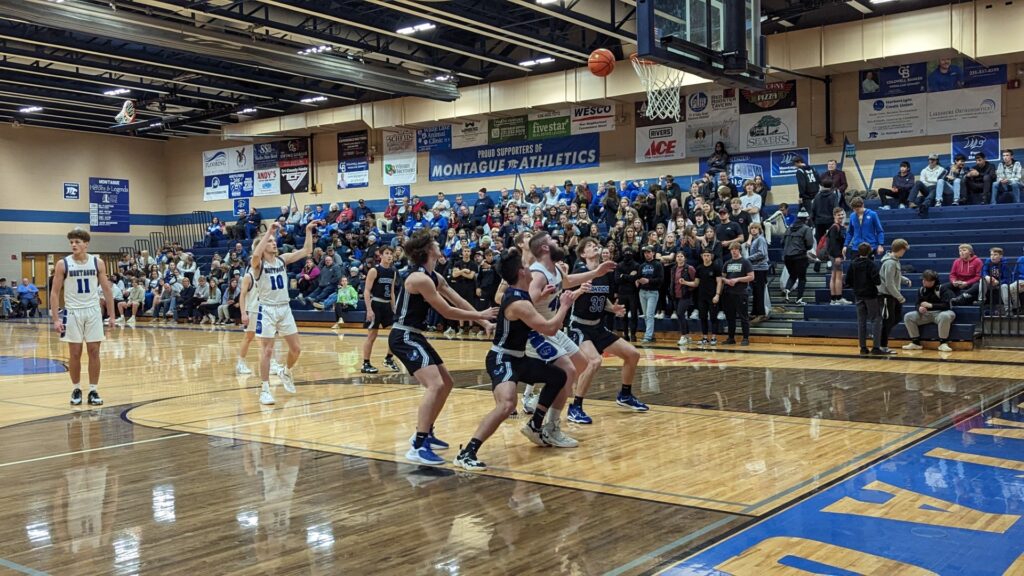 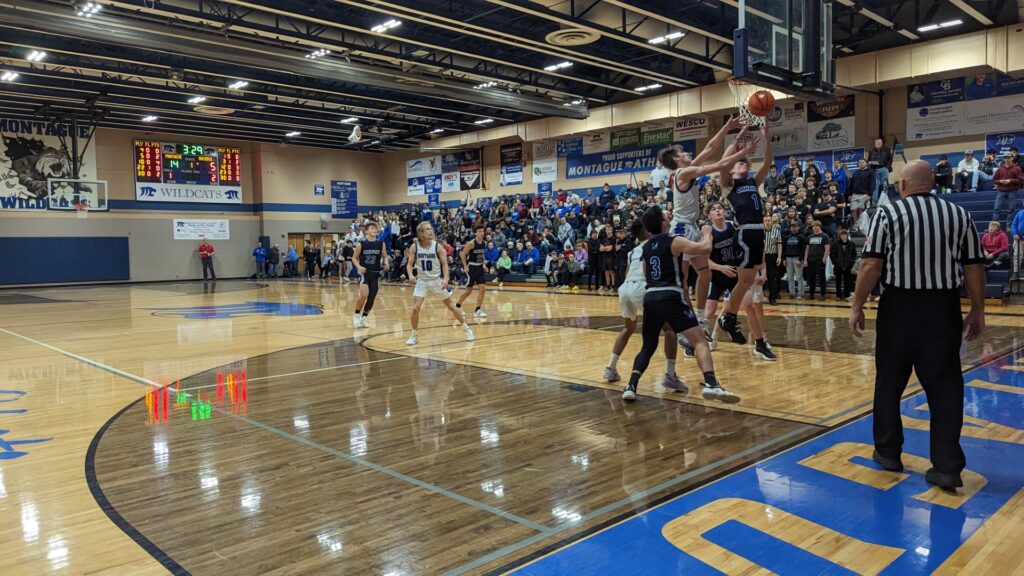 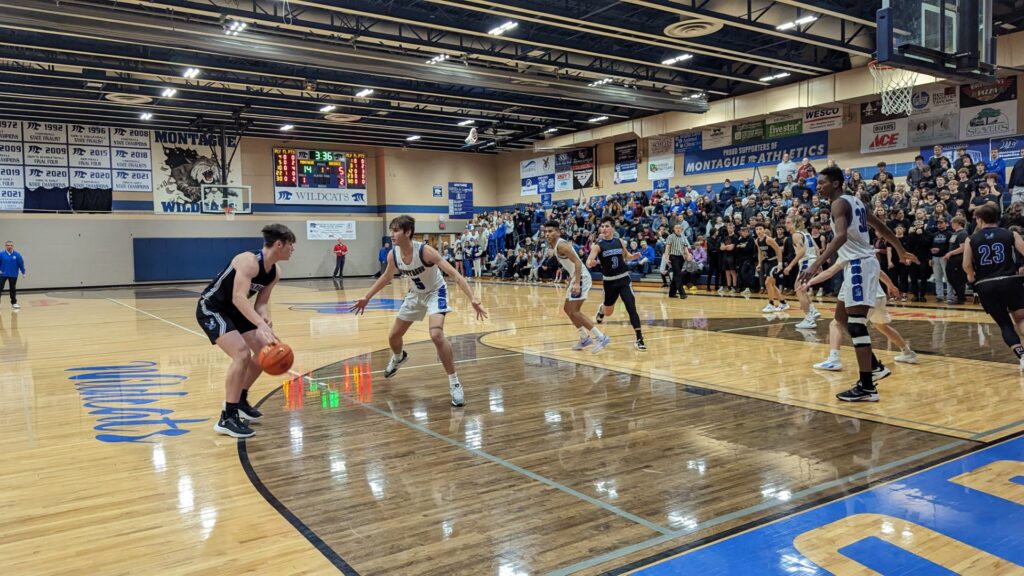 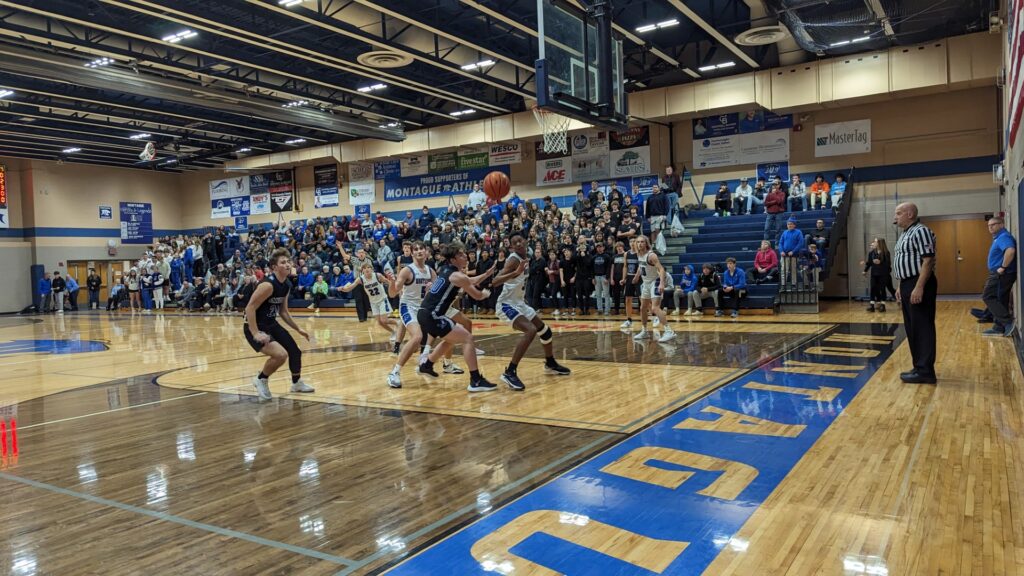 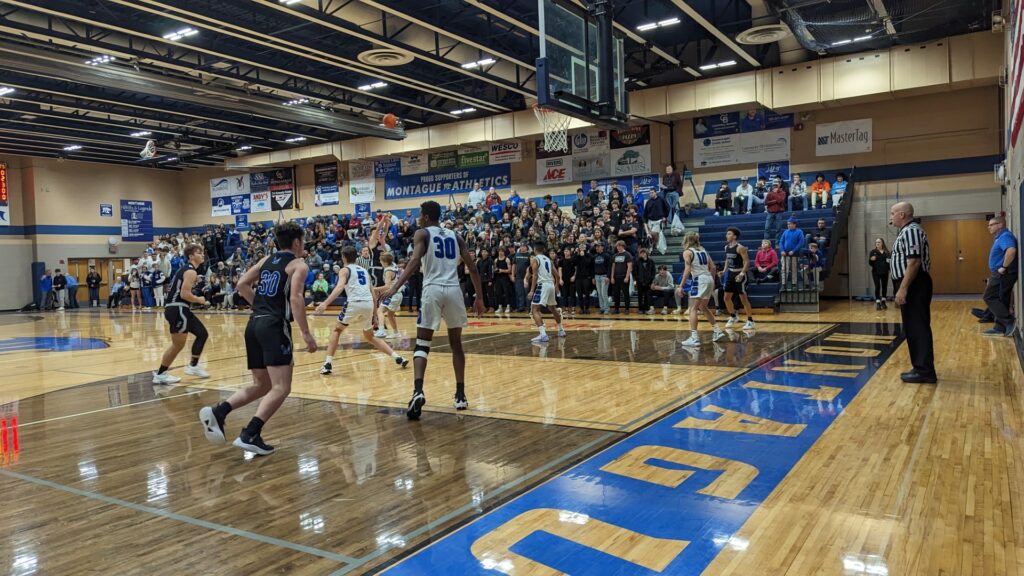 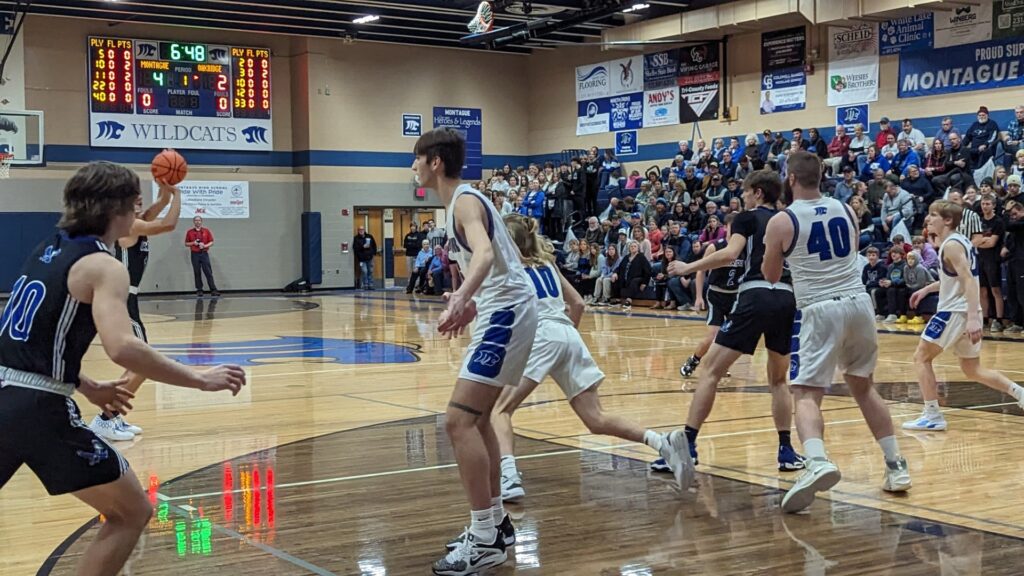 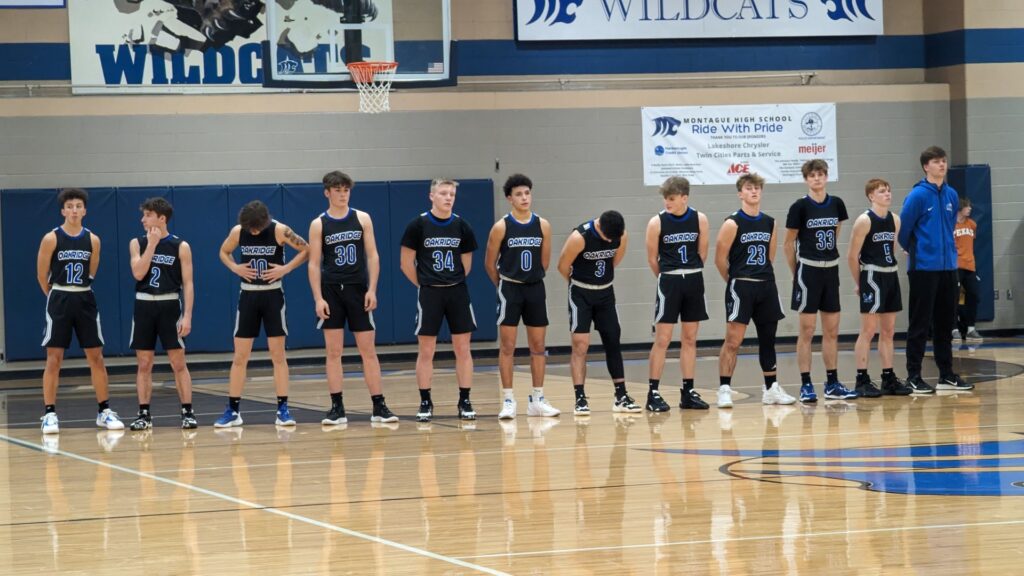 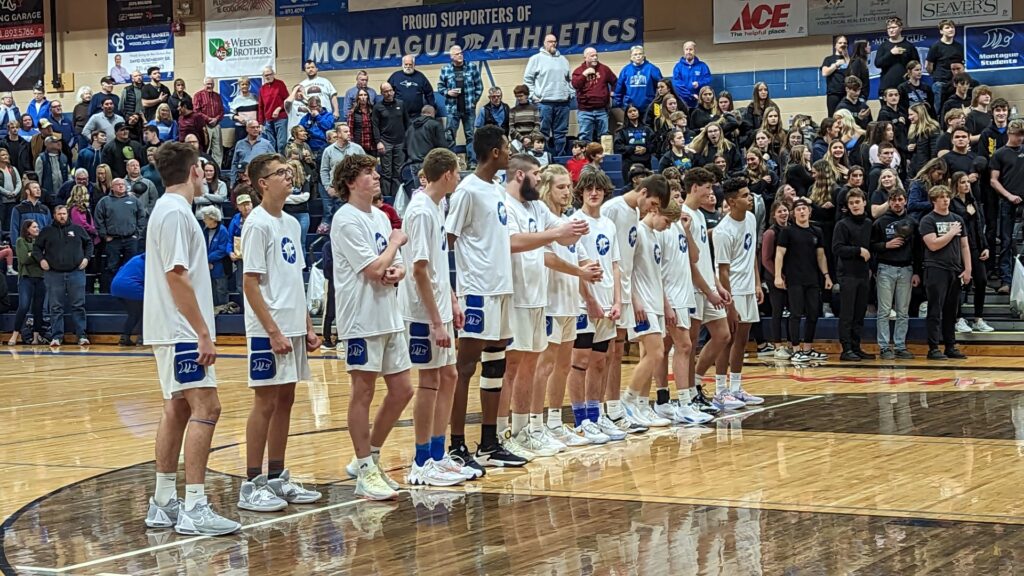 MONTAGUE — Montague’s boys basketball attacked the basket better Friday night better than it had all season, according to head coach Dave Osborne.

The results showed. Montague started fast and never looked back in a 64-34 rout of visiting Oakridge in a West Michigan Conference Lakes Division matchup.

Montague raced out to a 24-10 lead in the first quarter, which the Wildcats extended to 42-16 by halftime. The margin grew to 63-24 through three quarters.

The 4×100 team of Natalie Erickson, Maddie Meacham, Lauren Smith and Brooke Stark, as well as the 4×200 quartet of Erickson, Meacham, Smith and Britta Johnson, were recognized along with head coach Terry Fick during the ceremony.

Here is a video, plus photos, of the ceremony: 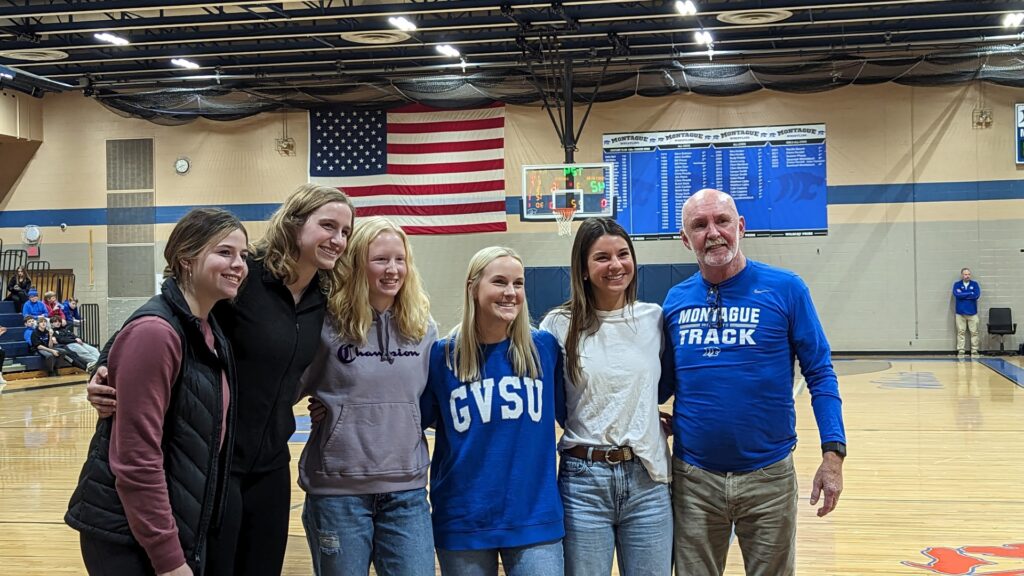 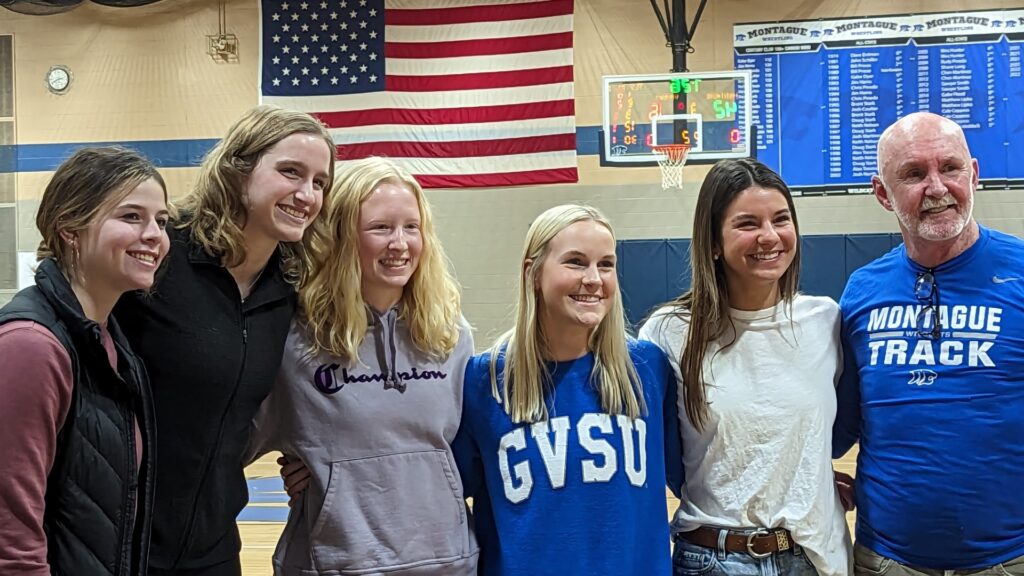 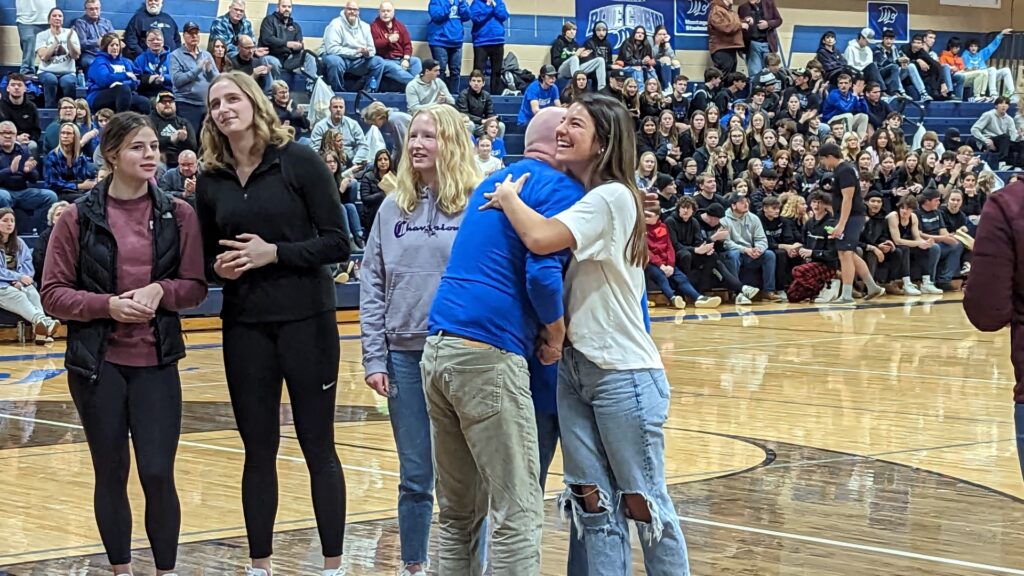 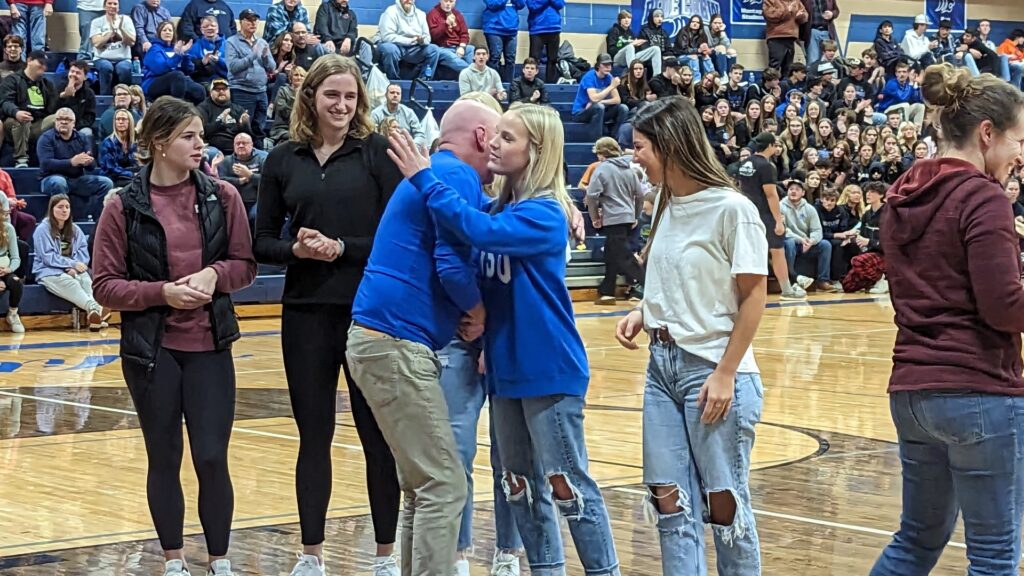 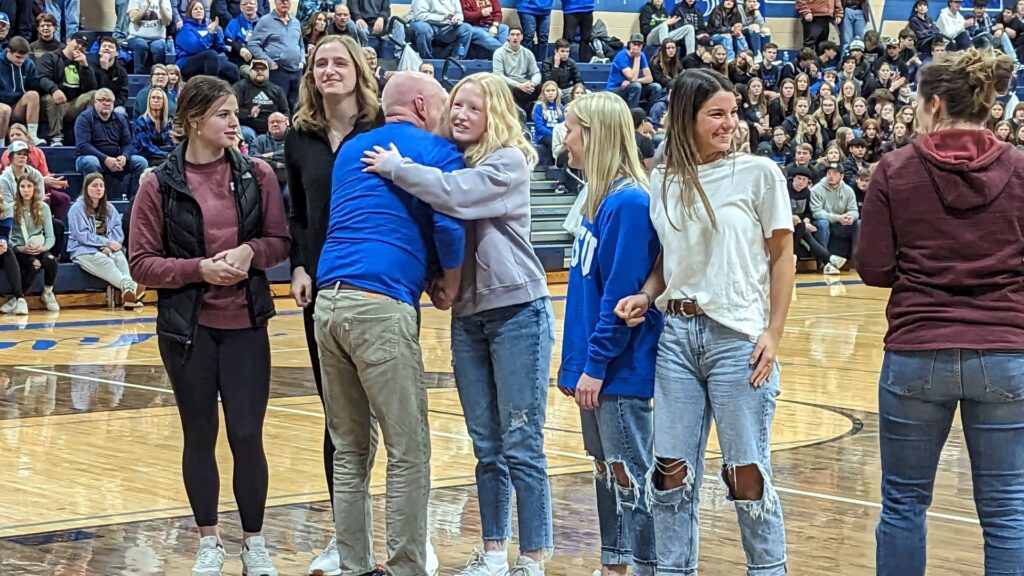 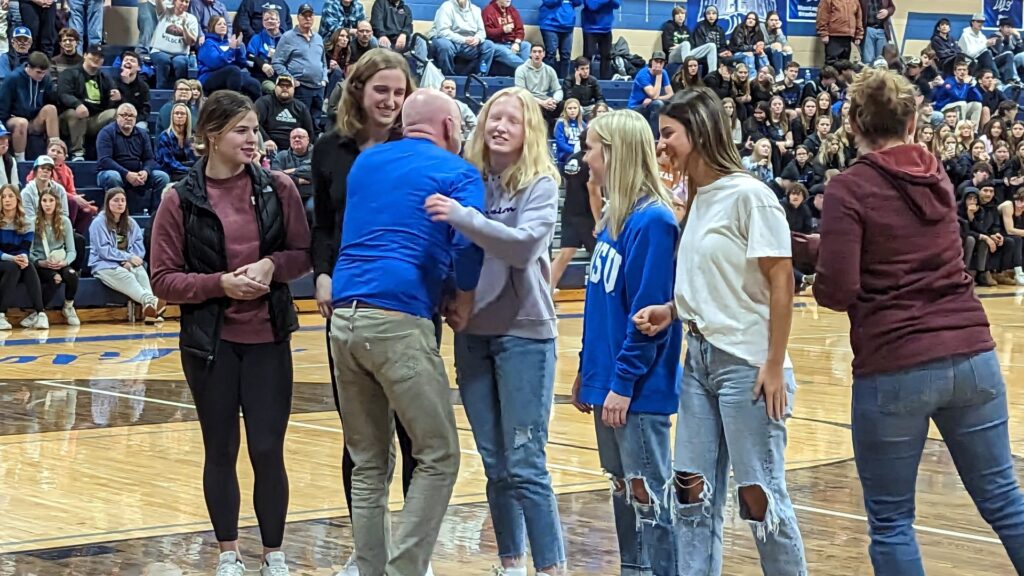 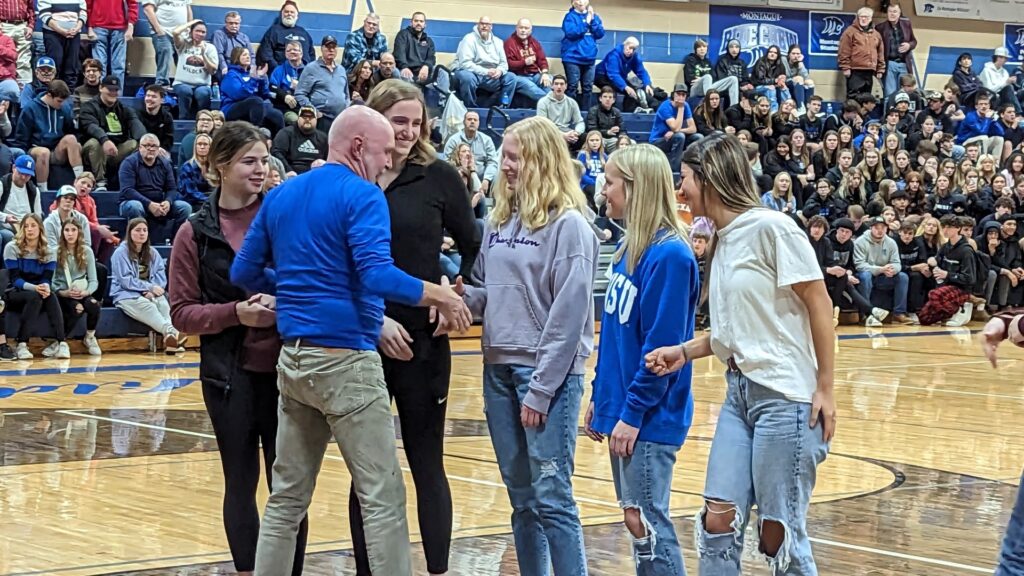 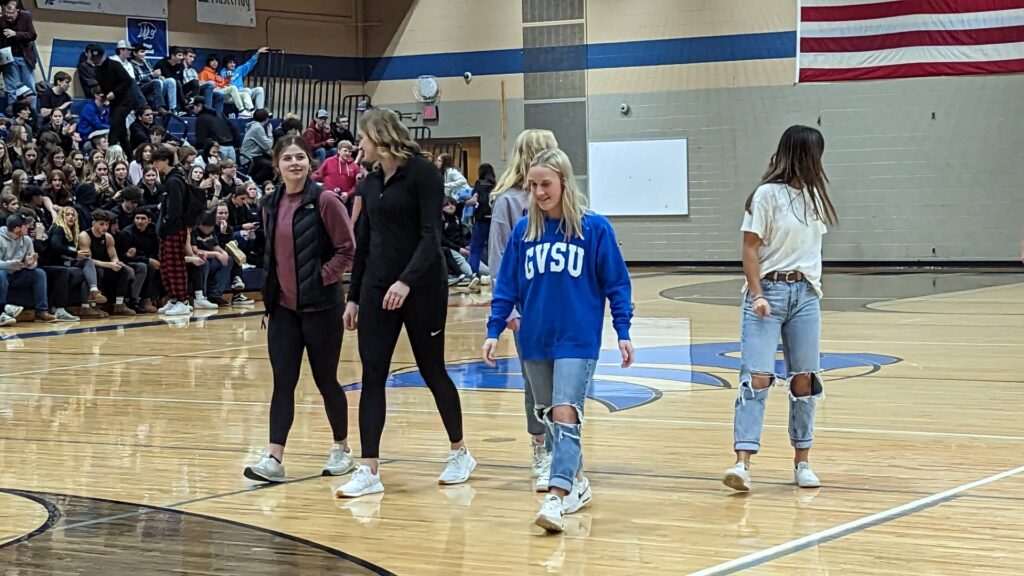