WHITEHALL — The Whitehall Sports Hall of Fame welcomed four inductees into the class of 2022 during a banquet Saturday night (Nov. 12, 2022) at American Legion Algot Johnson Post 69.

Riley Buys, a 2022 Whitehall High School alumnus, received a plaque for being all-state in track and field.

Watch the video here for highlights from the ceremony and see photos below, as well we details on each of the inductees.

Huizenga was quarterback of the football team, an all-conference golfer, the starting point guard on the basketball team, and a flat-out superstar on the baseball team. His school career culminated with the Oliver J. Byam Award, presented annually to the class’ best athlete.

Huizenga went on to a stellar baseball career at Aquinas College, where he was named first-team All-American twice. After college, he played professional ball in the Midwest Independent League before coming back to Whitehall to teach and coach. He was inducted in the Aquinas College Athletic Hall of Fame in September 2021.

Walther graduated from Whitehall High School in 1984 as a two-sport athlete. She led her tennis and volleyball teams during her high school career, culminating with all-state honorable mention accolades in volleyball and an undefeated record in dual meets in tennis during her senior season.

Walther placed first in the city tournament, Seaway Conference Tournament and regional tournament in leading her team to a berth in the state championships for the 1984 tennis season.

McLouth was an outstanding three-sport athlete from the class of 1958. He was a three-year starter in football and basketball along with four years of qualifying for the state meet in track and field. McLouth’s combination of speed, strength, vision and leadership made him tough to contain.

In football, McLouth’s junior season was a turning point for the Vikings program. After two sub-.500 seasons in his freshman and sophomore years, the Vikings posted two winning seasons during his junior and senior seasons.

In track and field, McLouth was a four-year state meet qualifier. His unique skill set allowed him to excel in sprints, relays, high jump and hurdles. Off the playing field, McLouth participated in 10 other extracurricular activities.

Meinert grew up in Montague, attended Montague Public Schools and graduated in 1972. He loved sports but only played basketball because in the spring he was busy planting and in the fall he was harvesting crops.

After graduating high school, Meinert worked several jobs before landing a position in the maintenance department at Whitehall in 1987. Meinert worked for the district for 30 years and retired in 2017. Meinert now spends time with his wife, Marge, and their five grandchildren and he’s involved in activities at their church, Faith Lutheran. 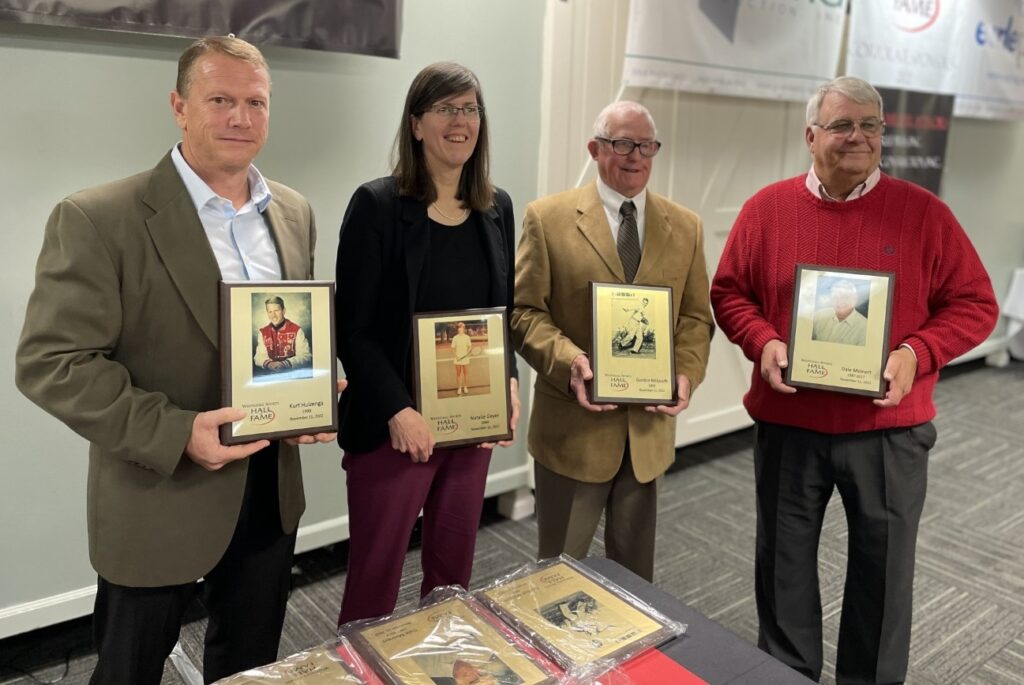 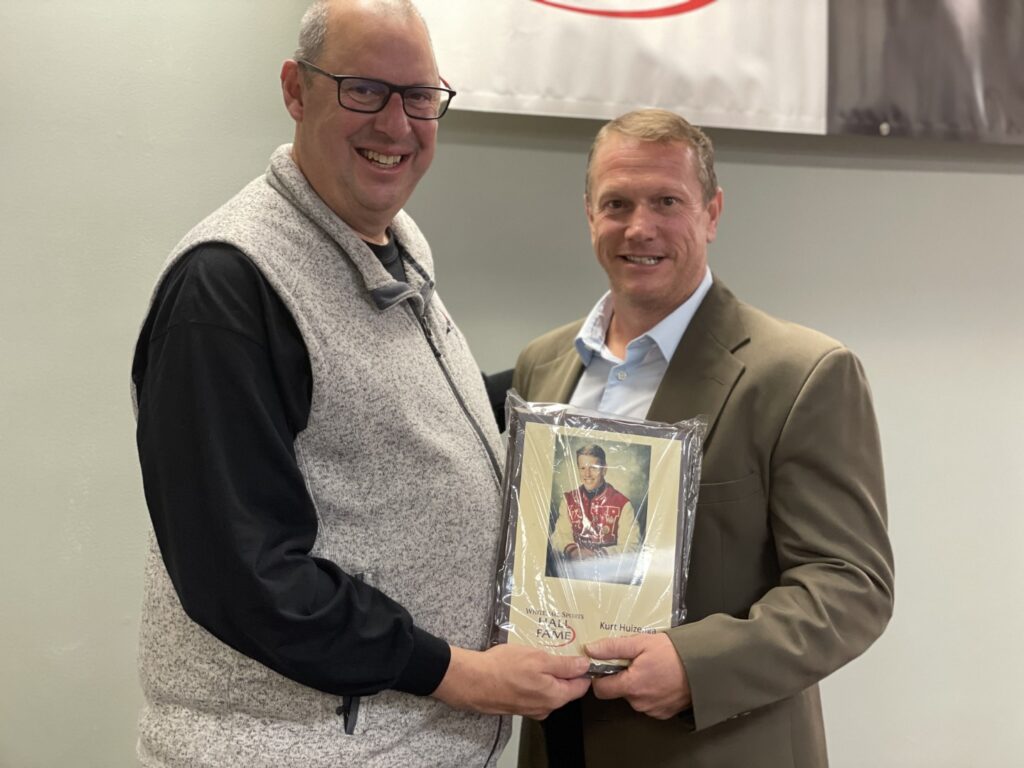 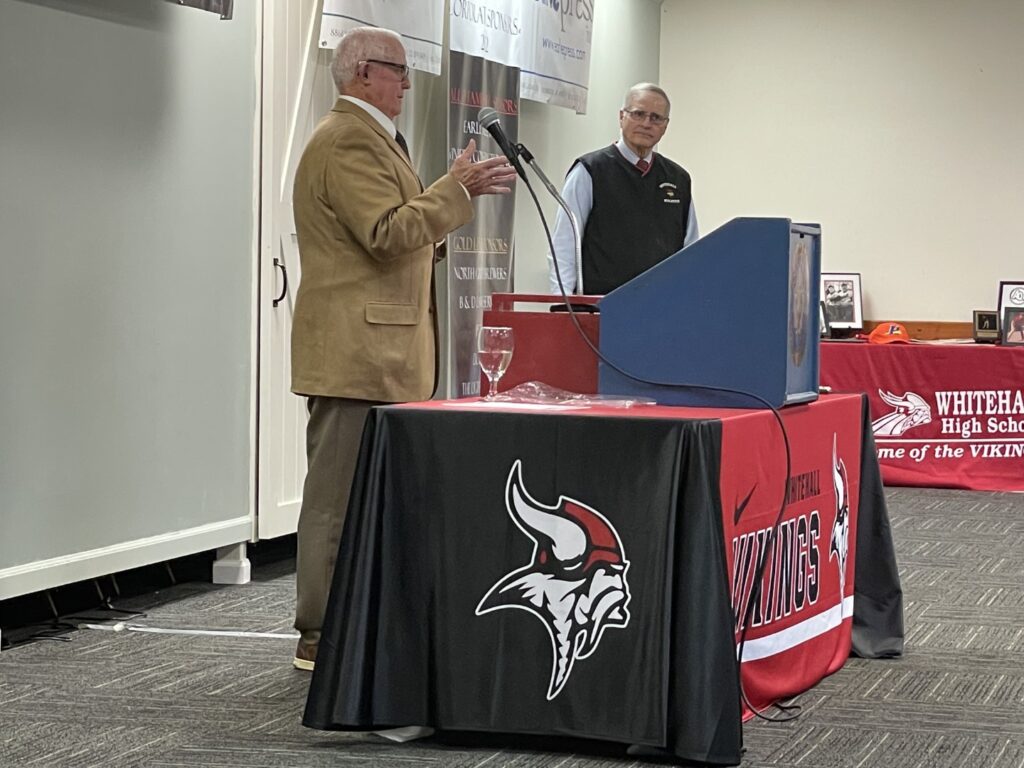 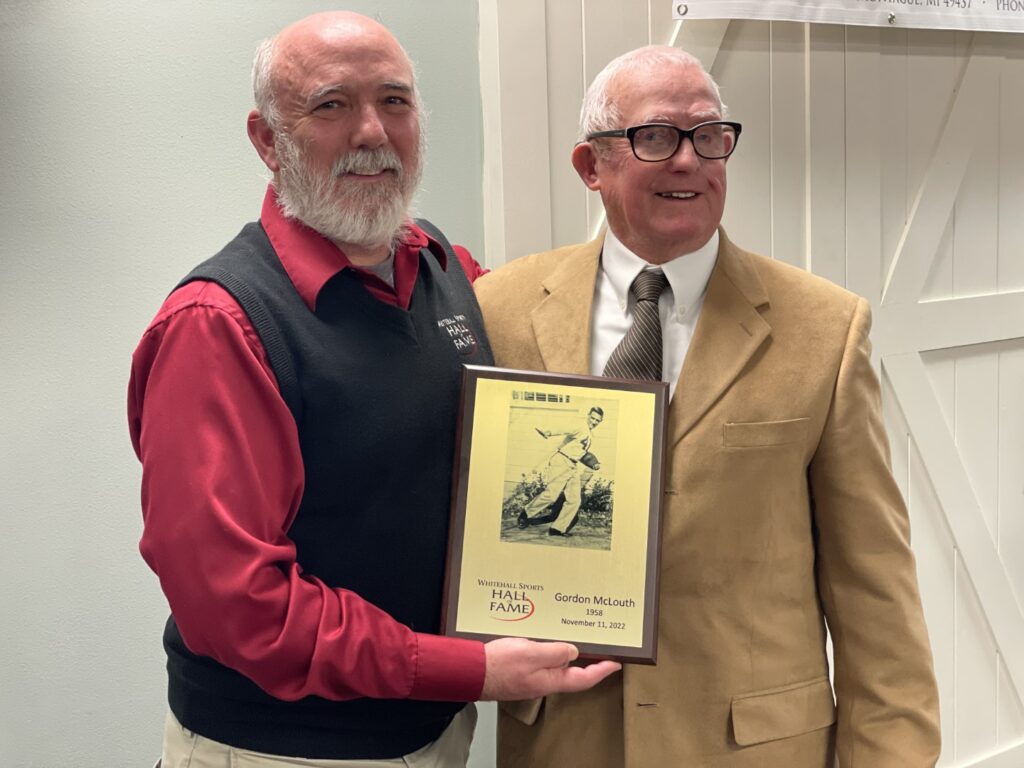 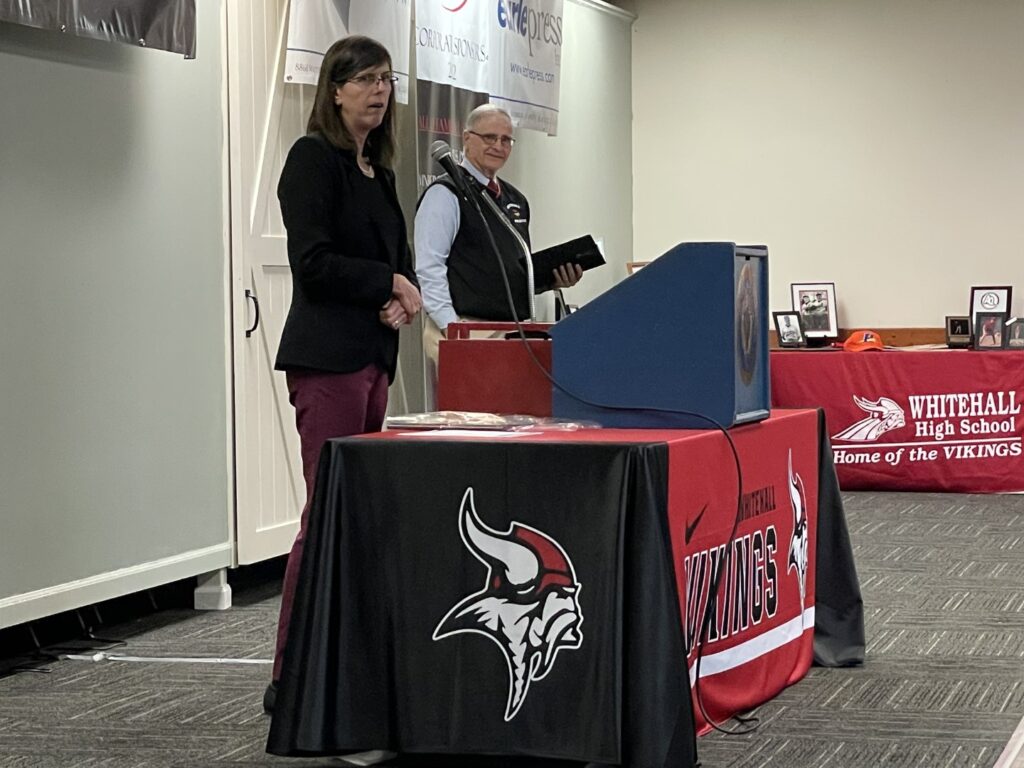 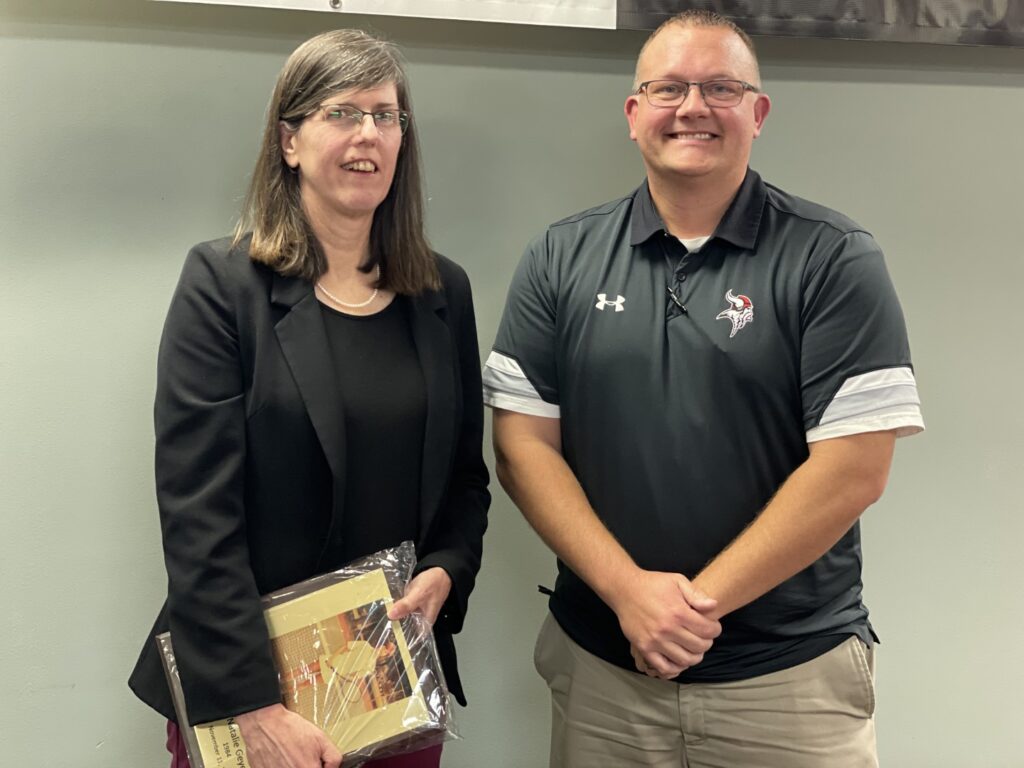 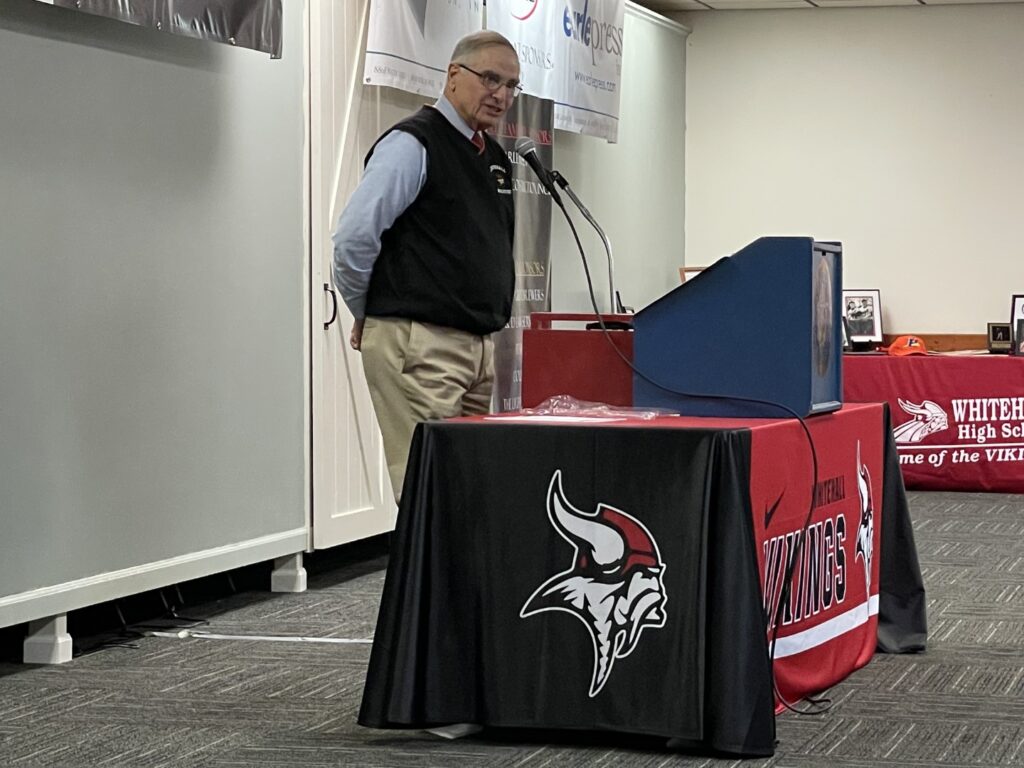 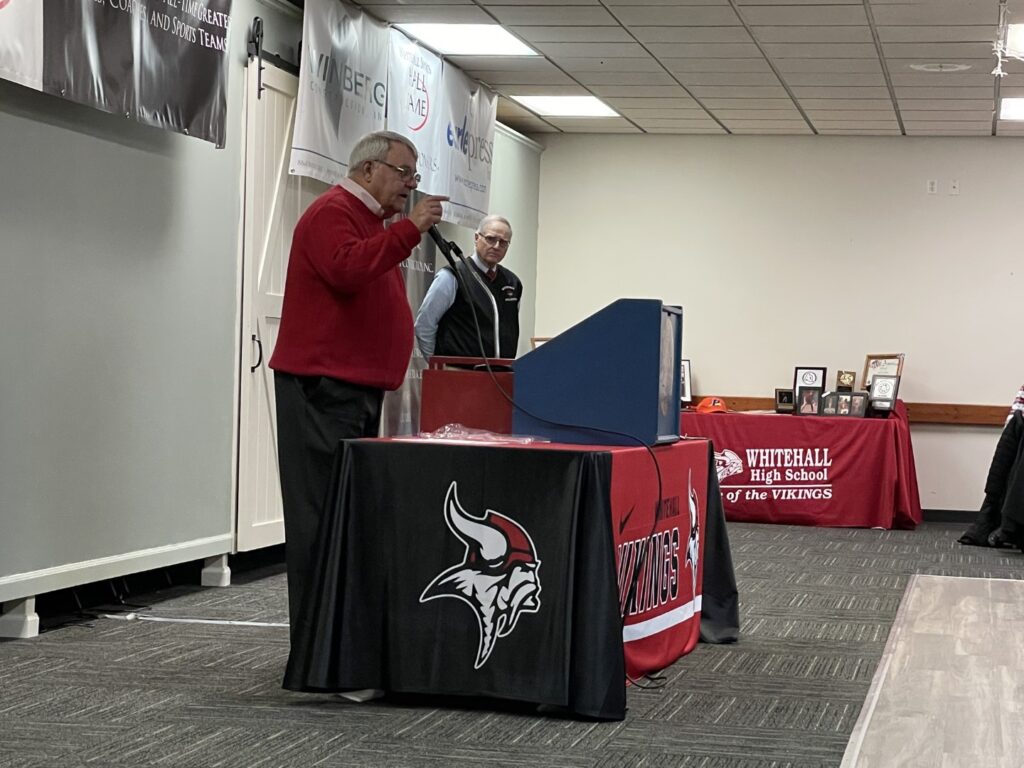 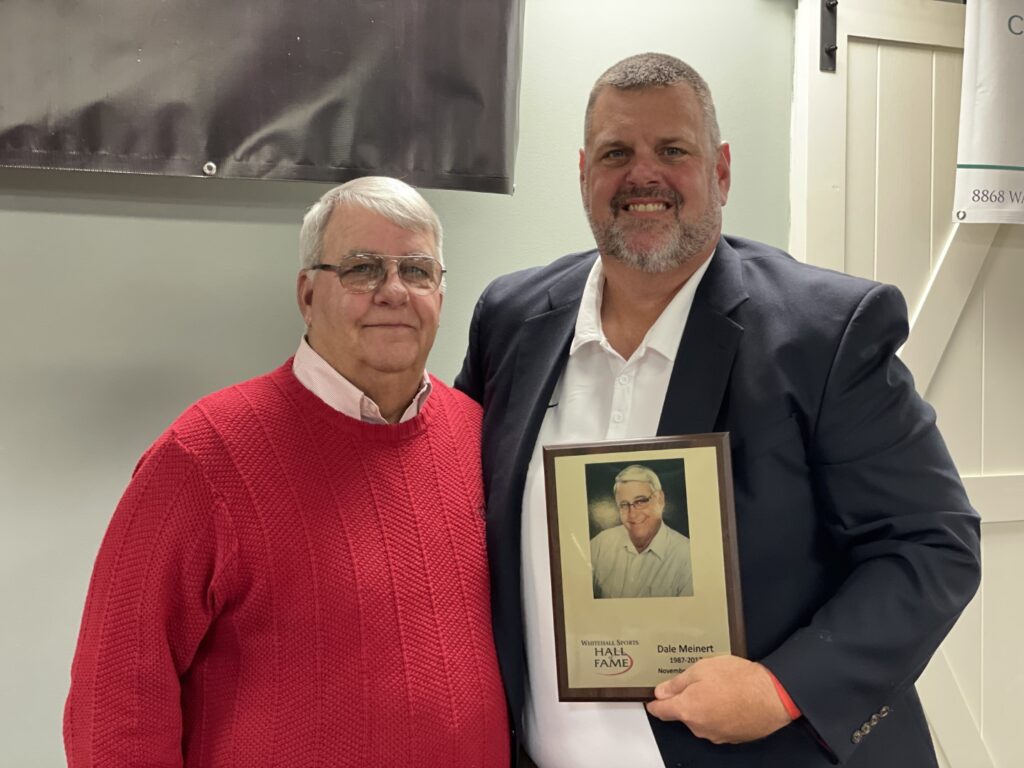 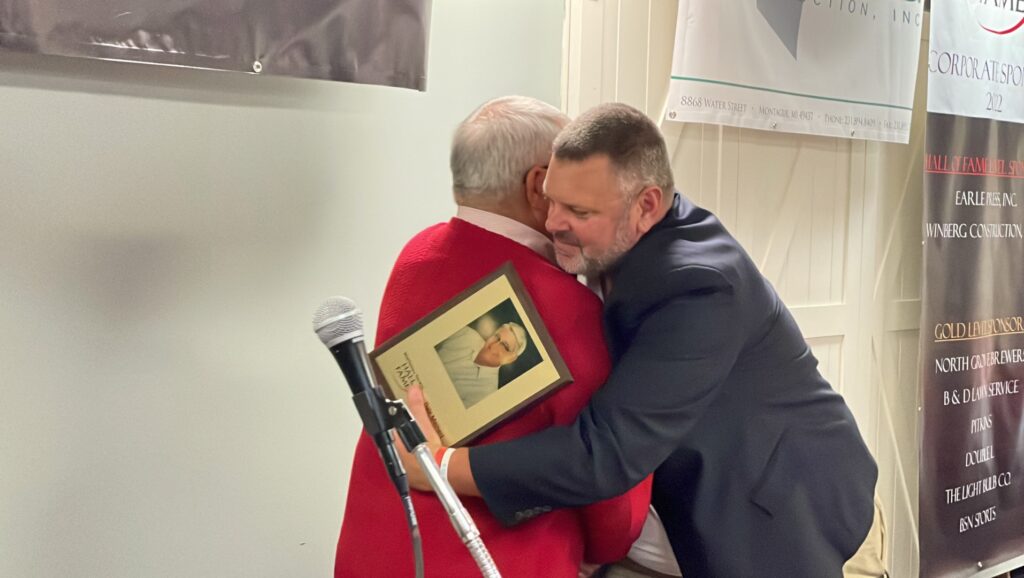 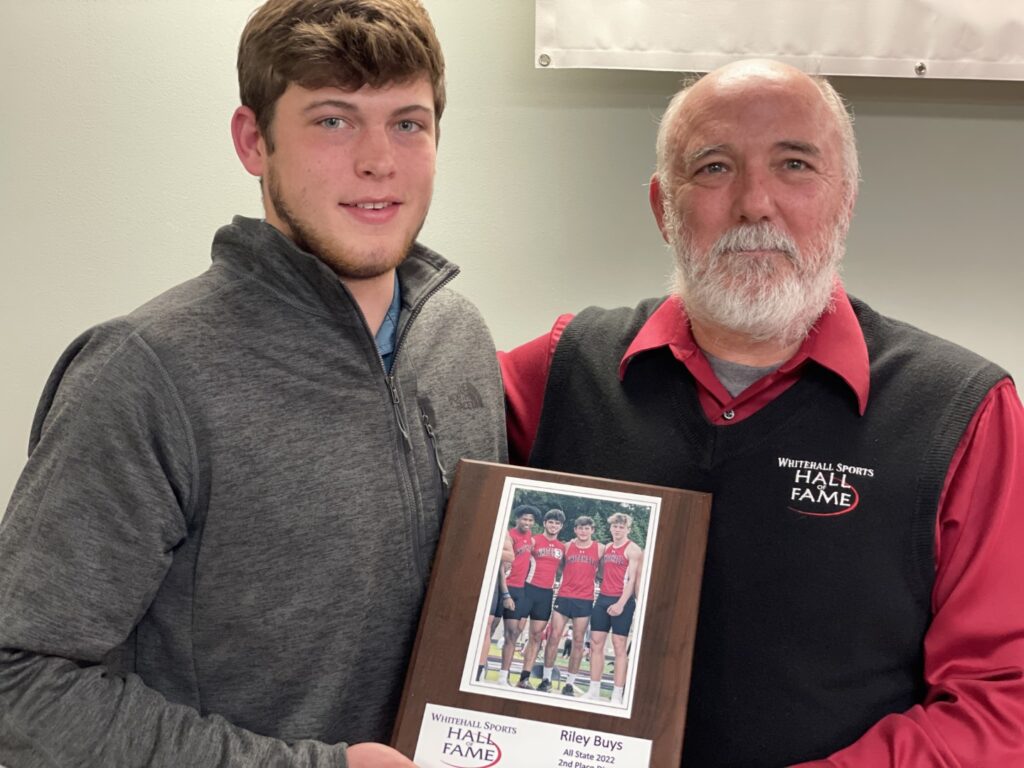