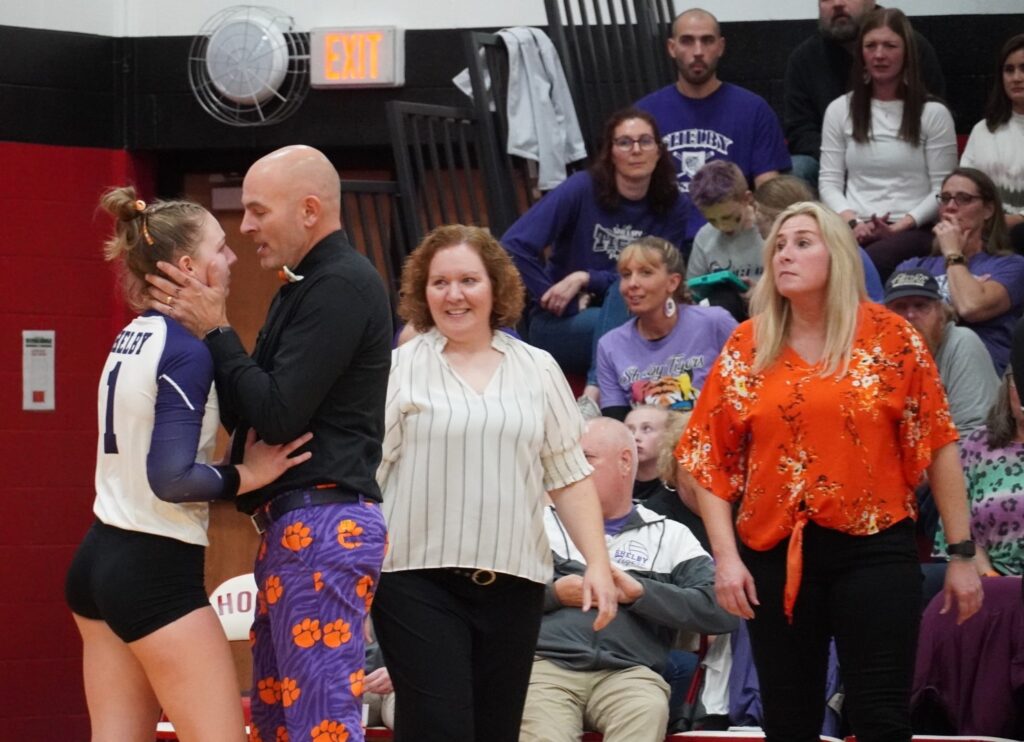 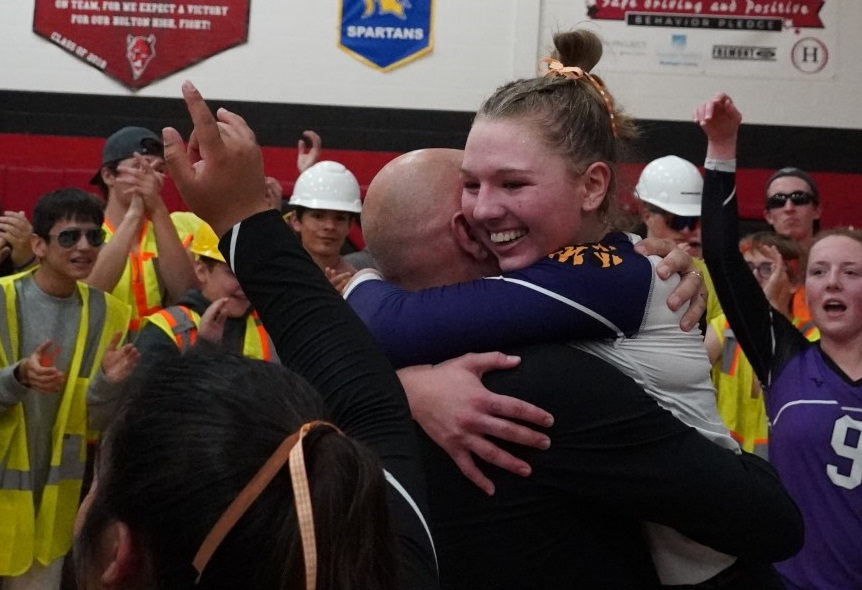 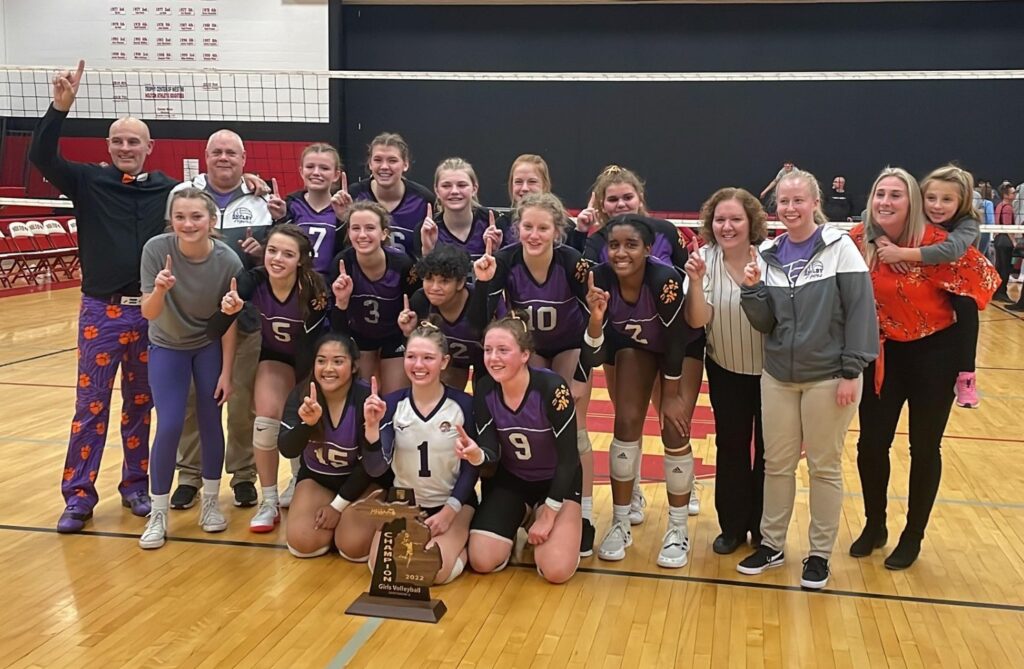 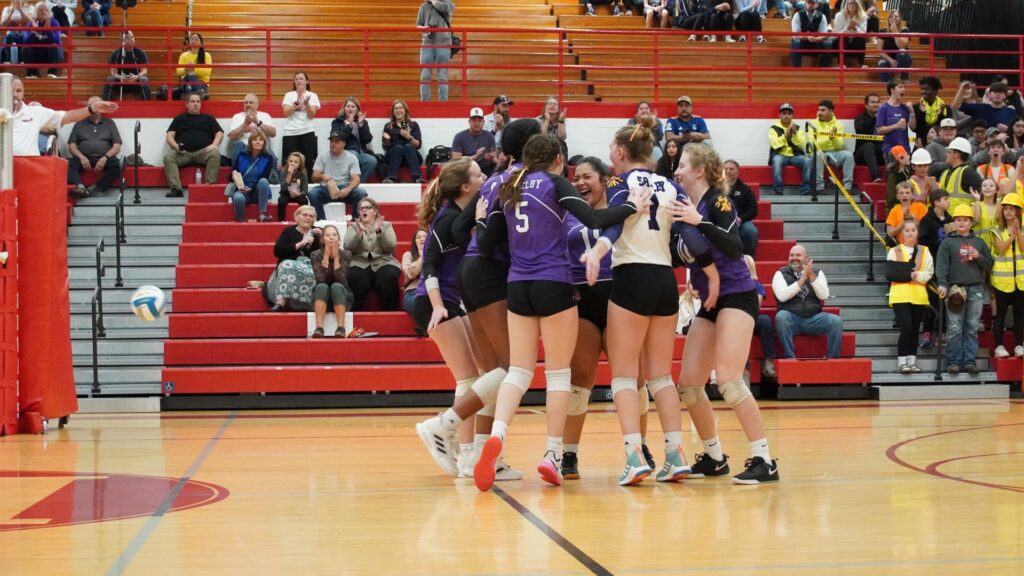 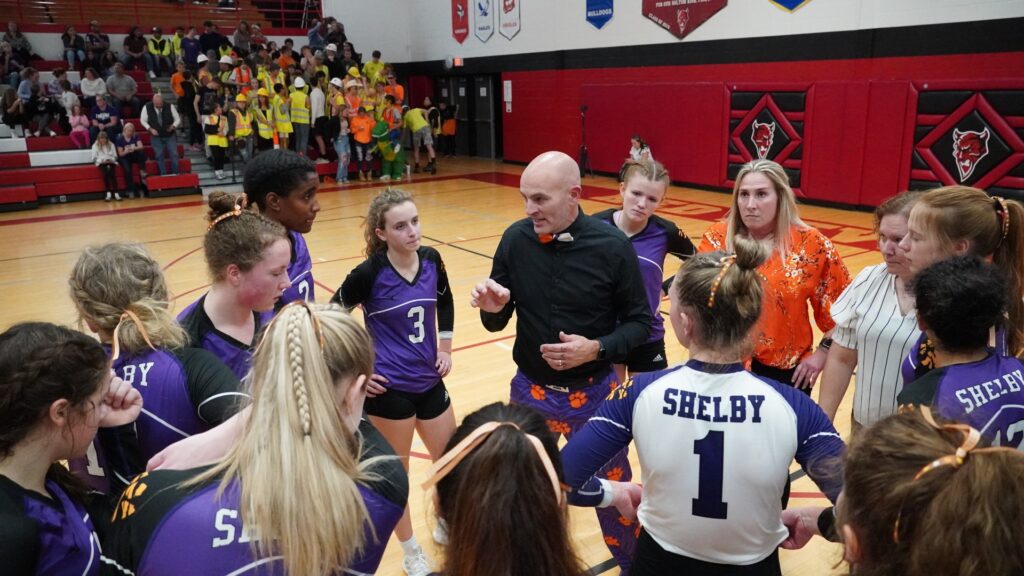 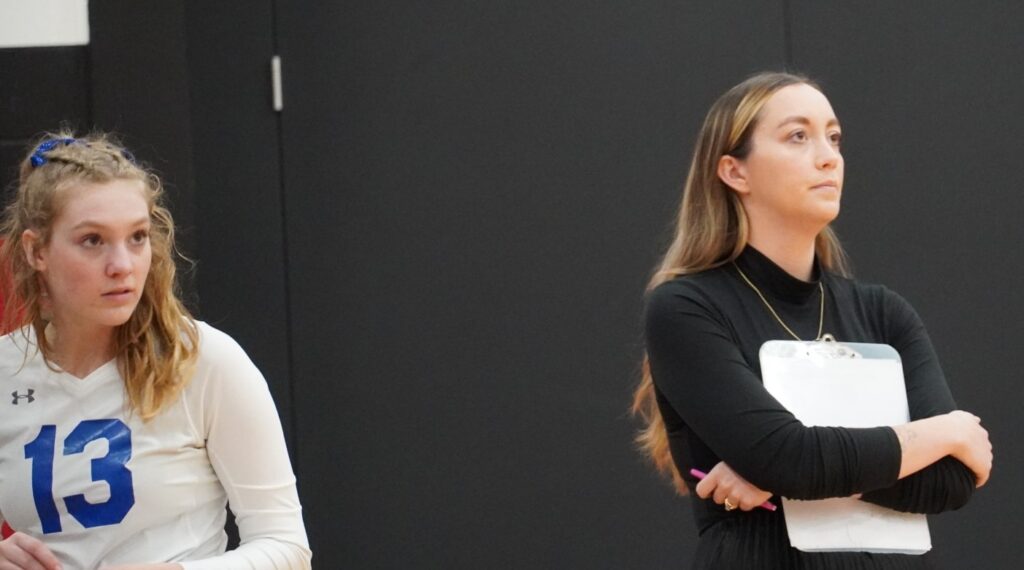 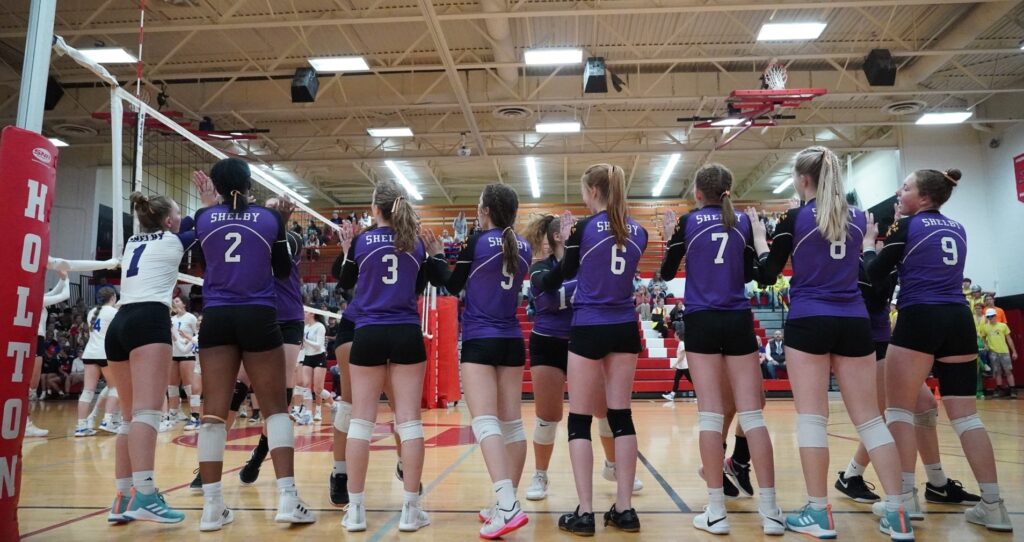 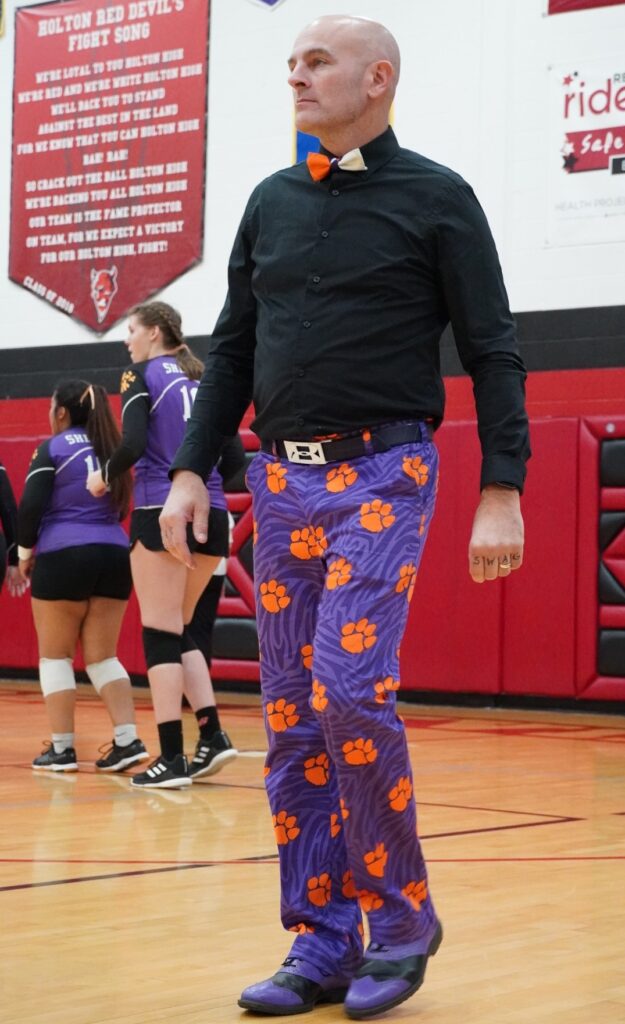 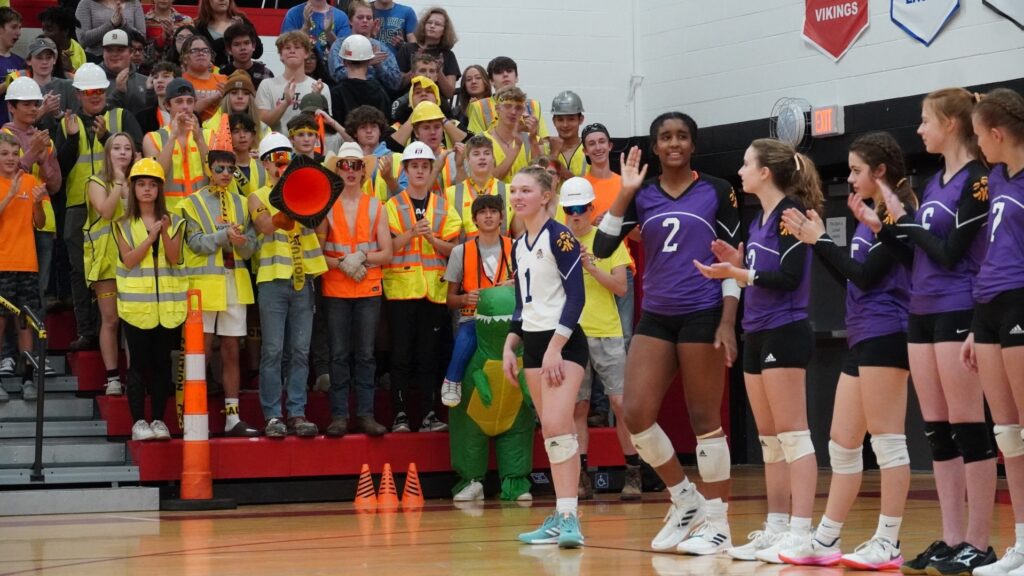 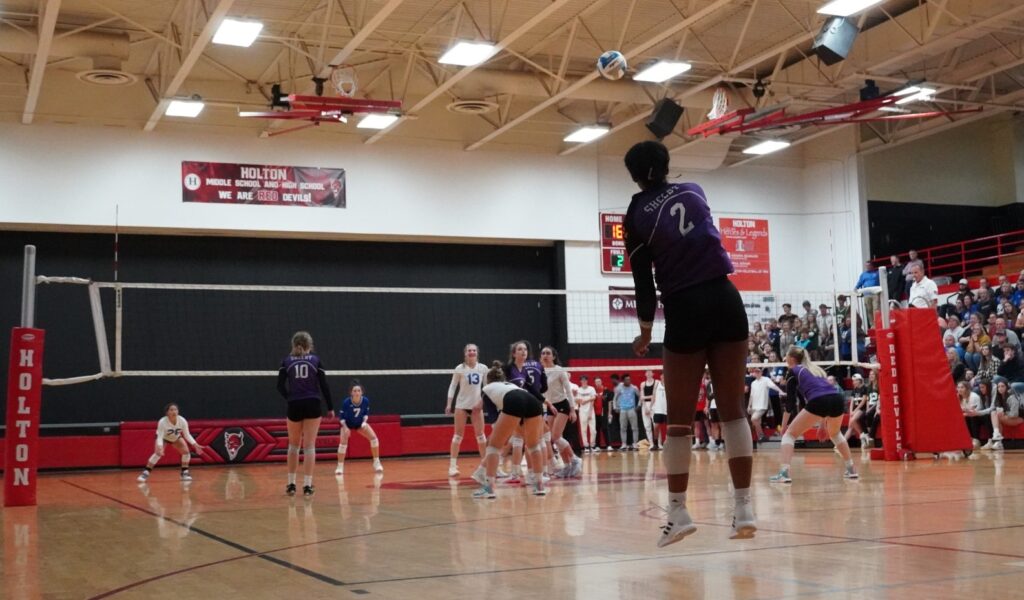 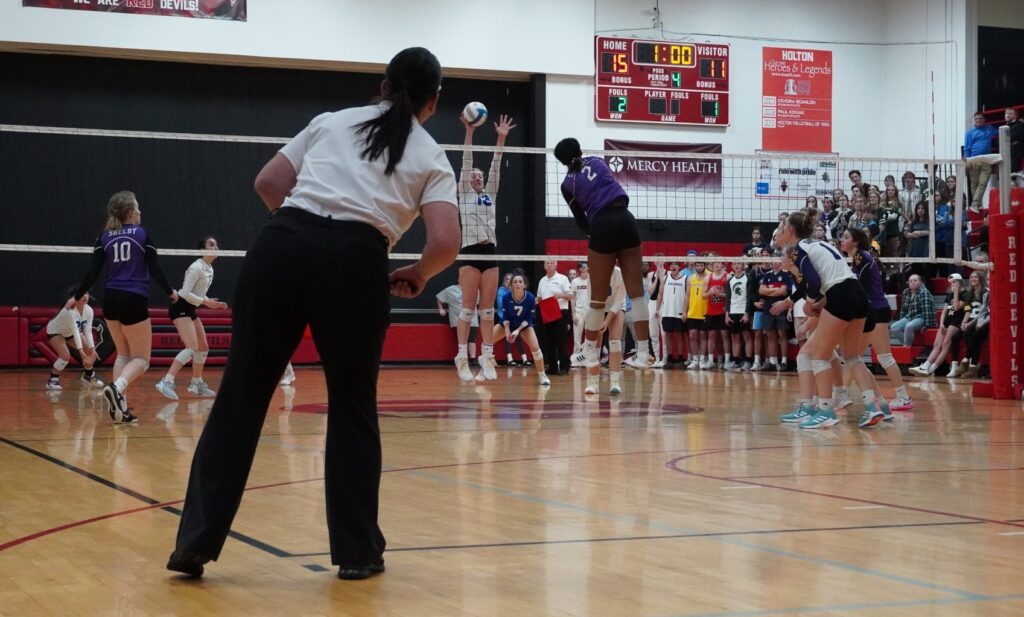 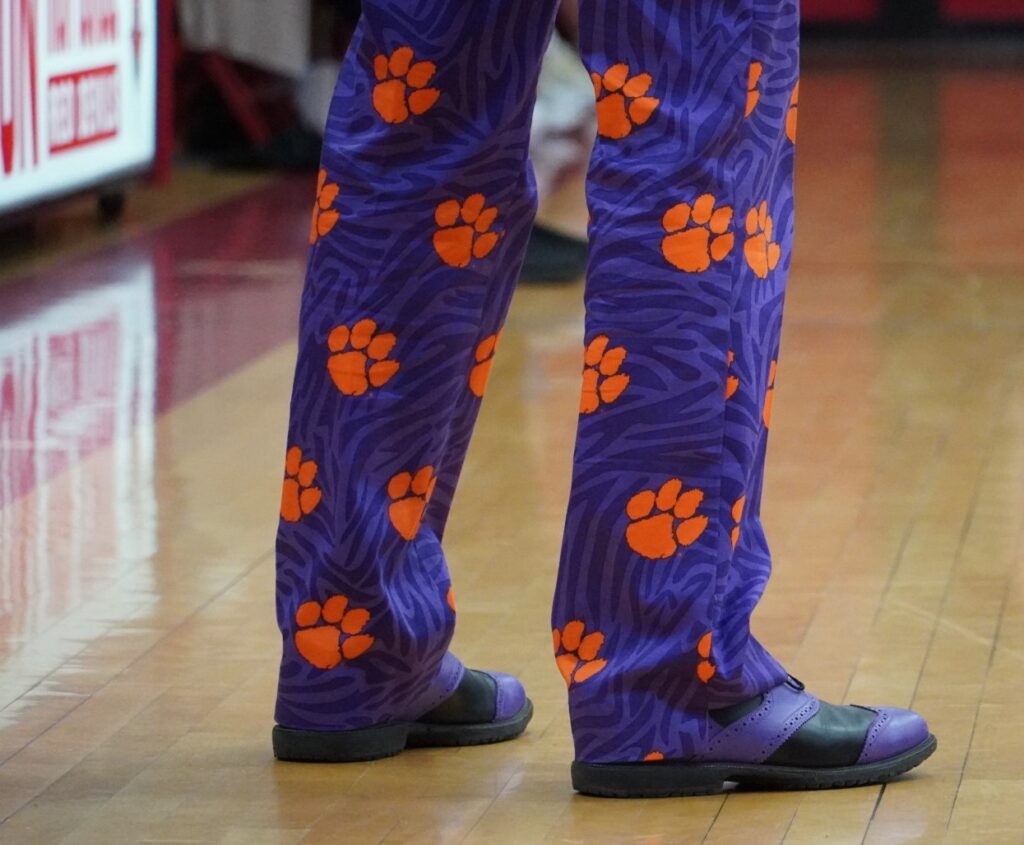 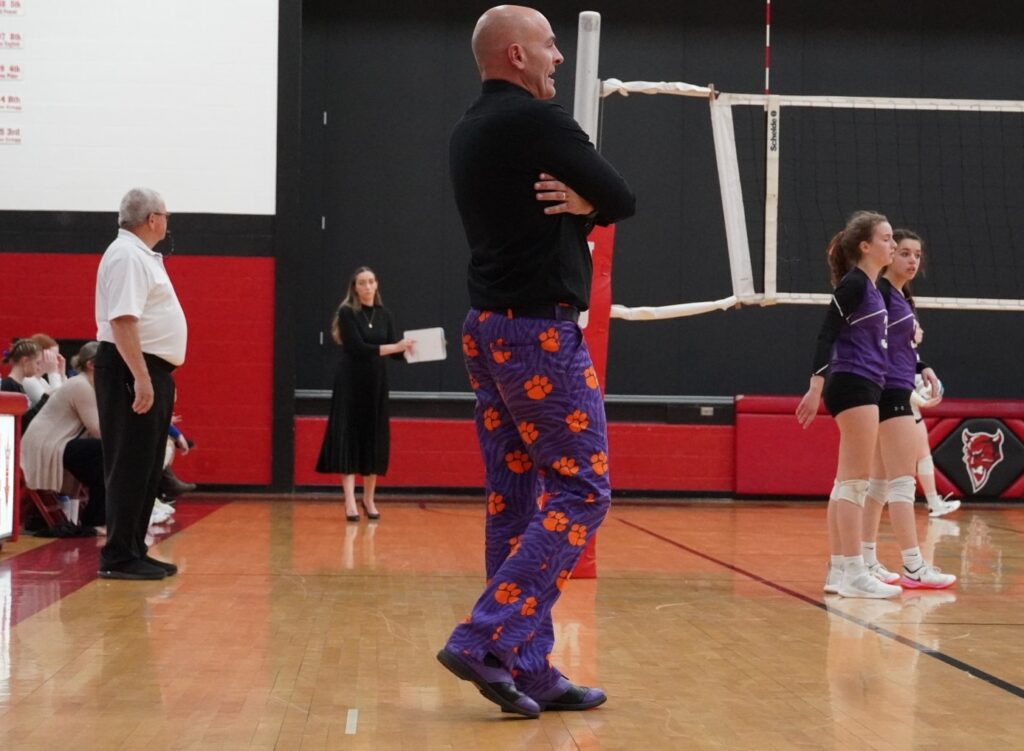 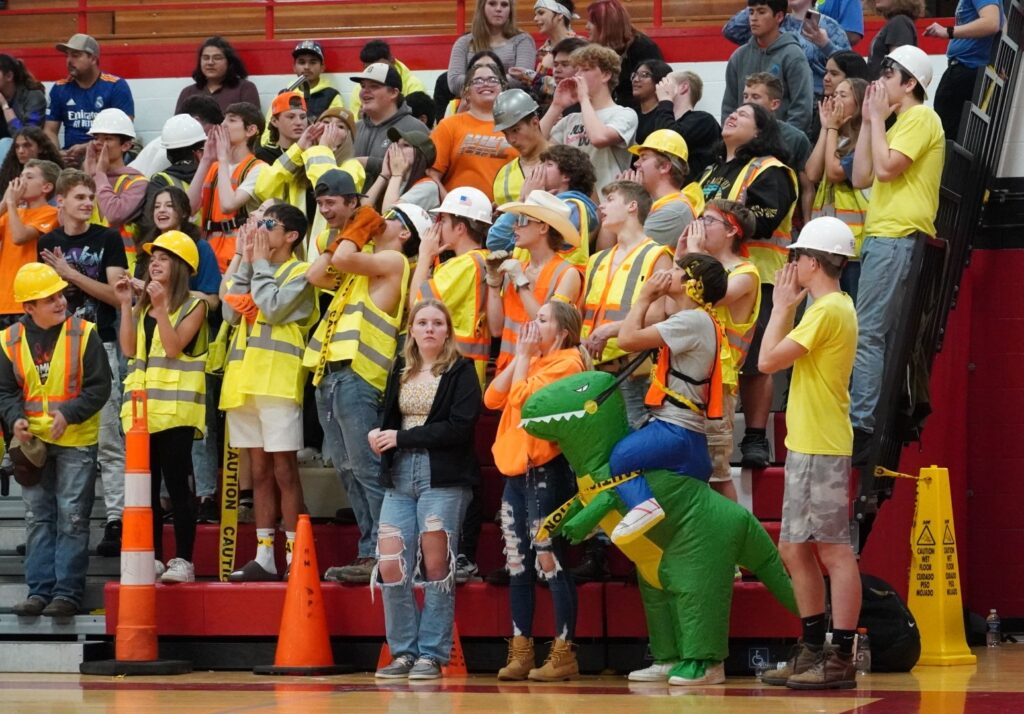 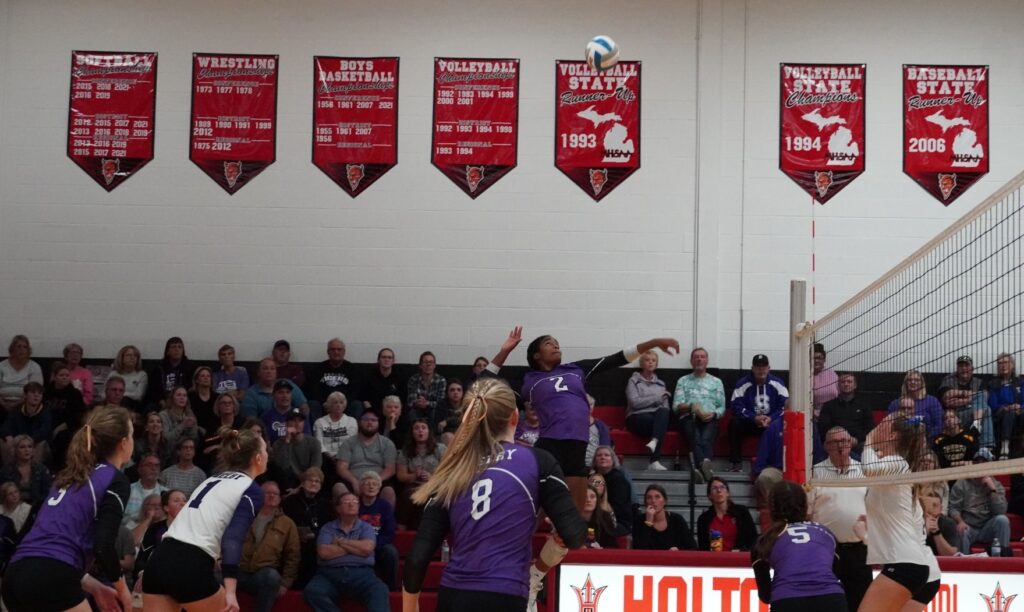 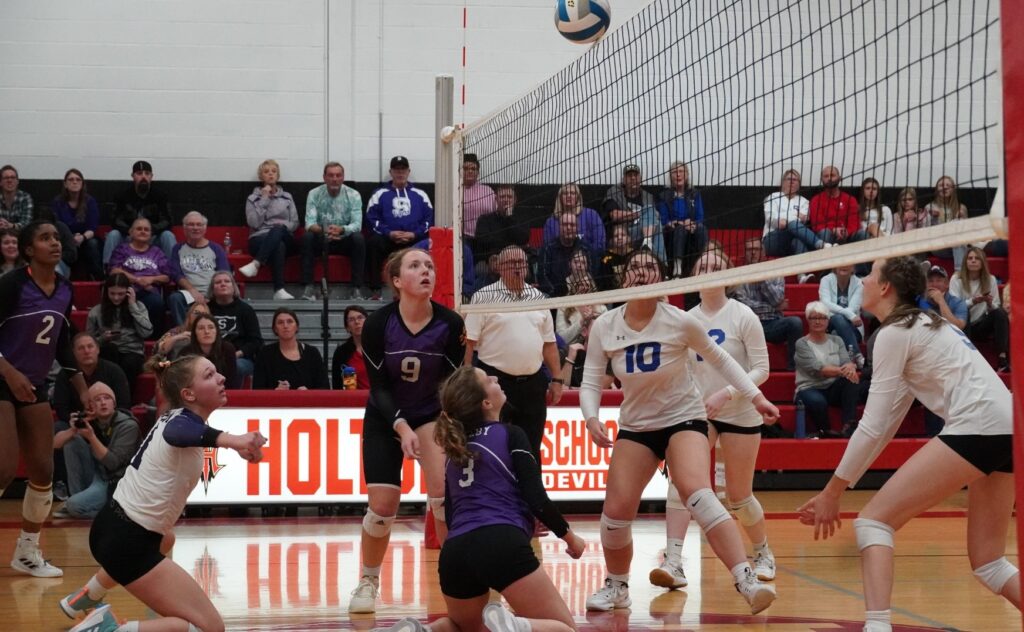 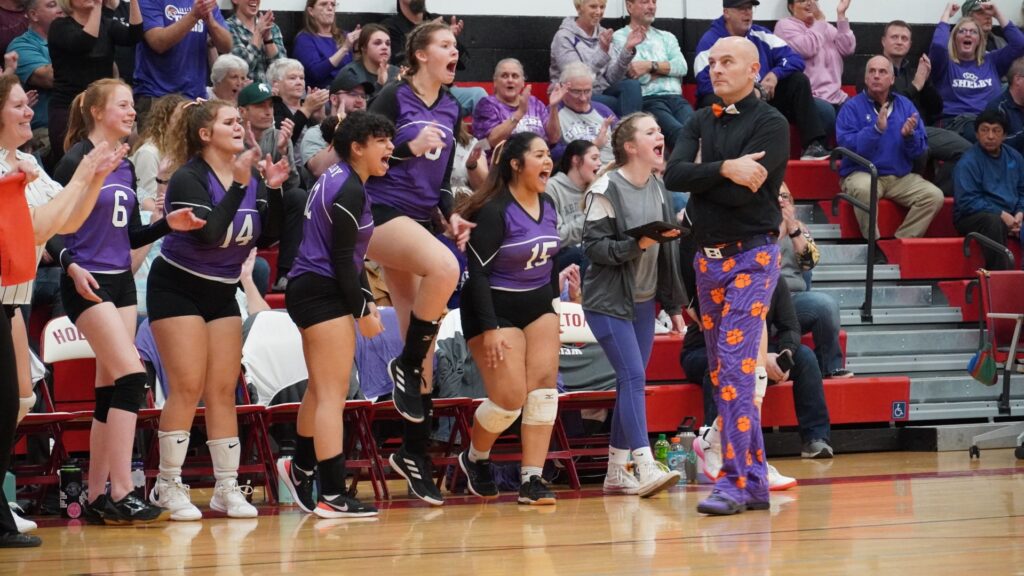 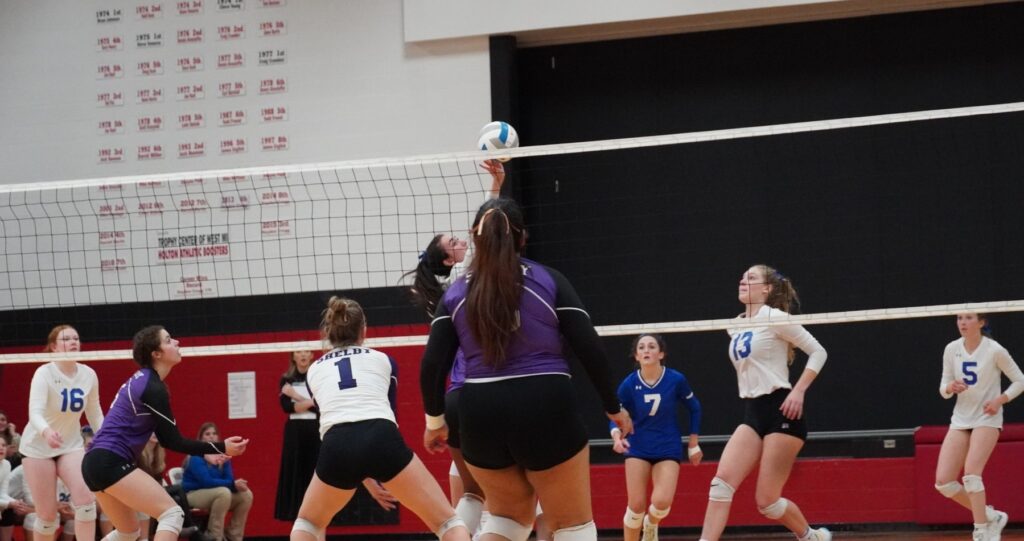 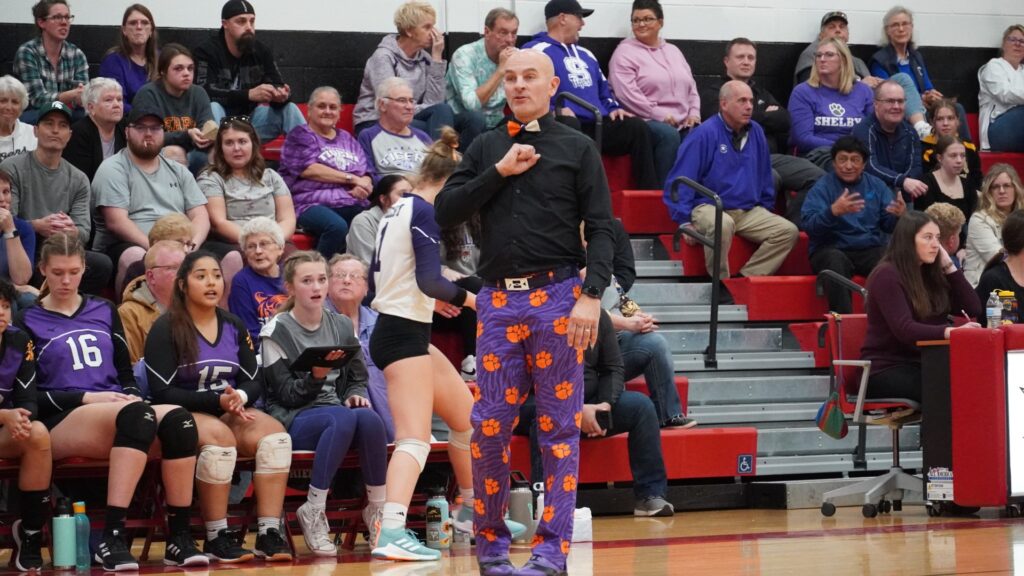 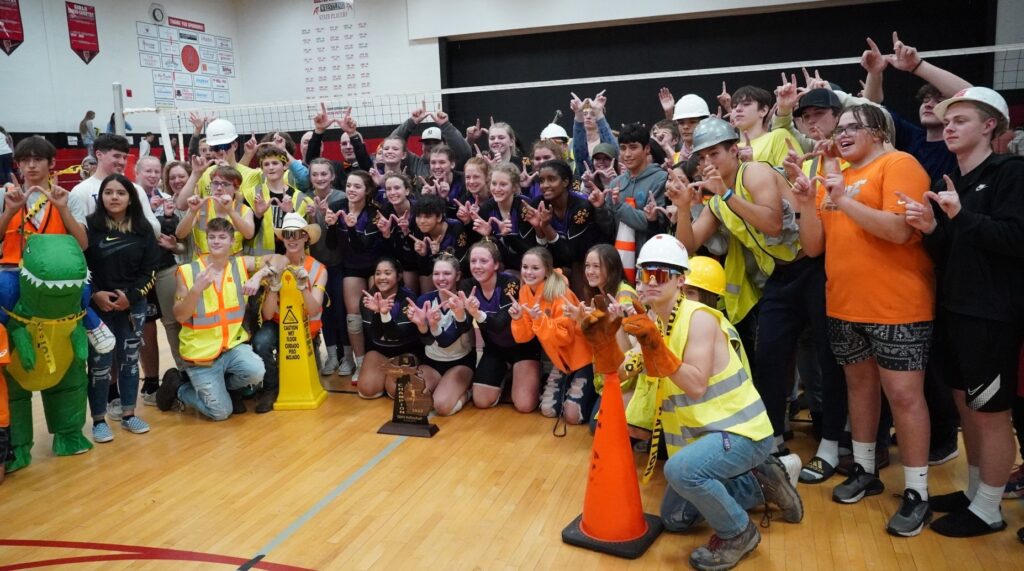 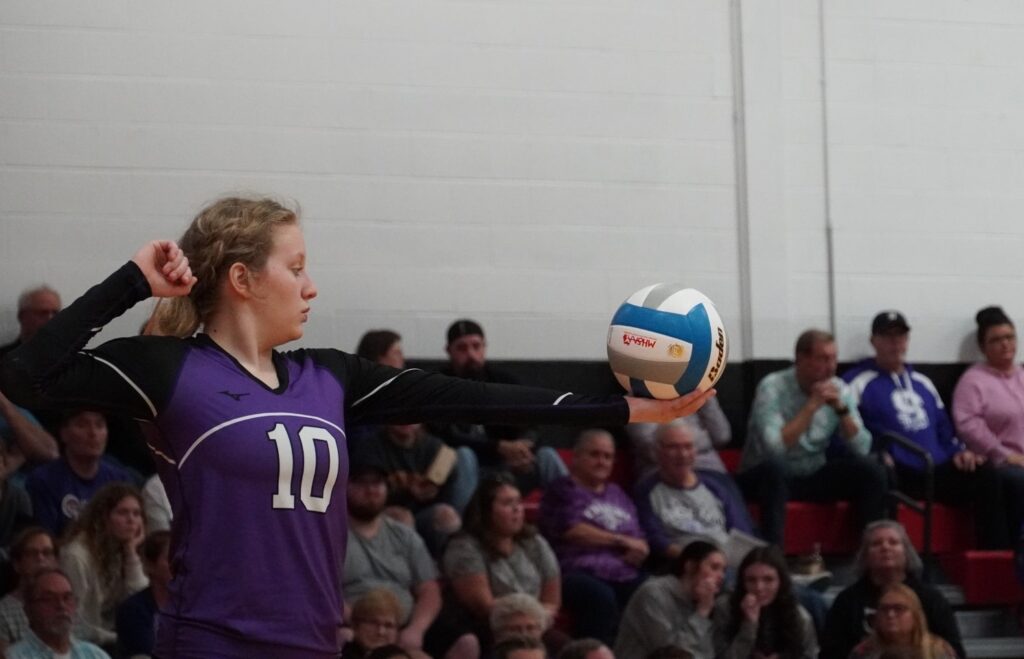 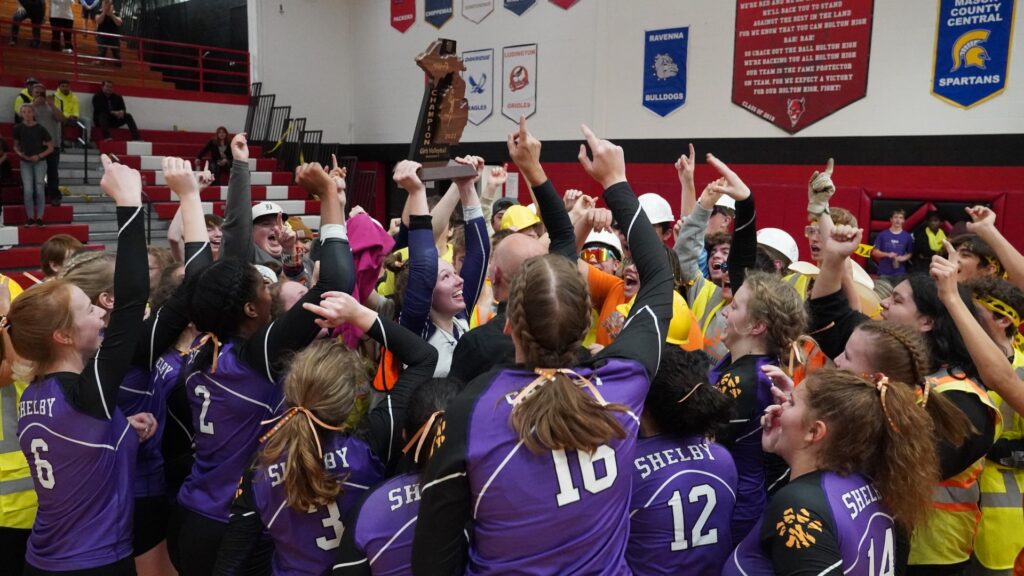 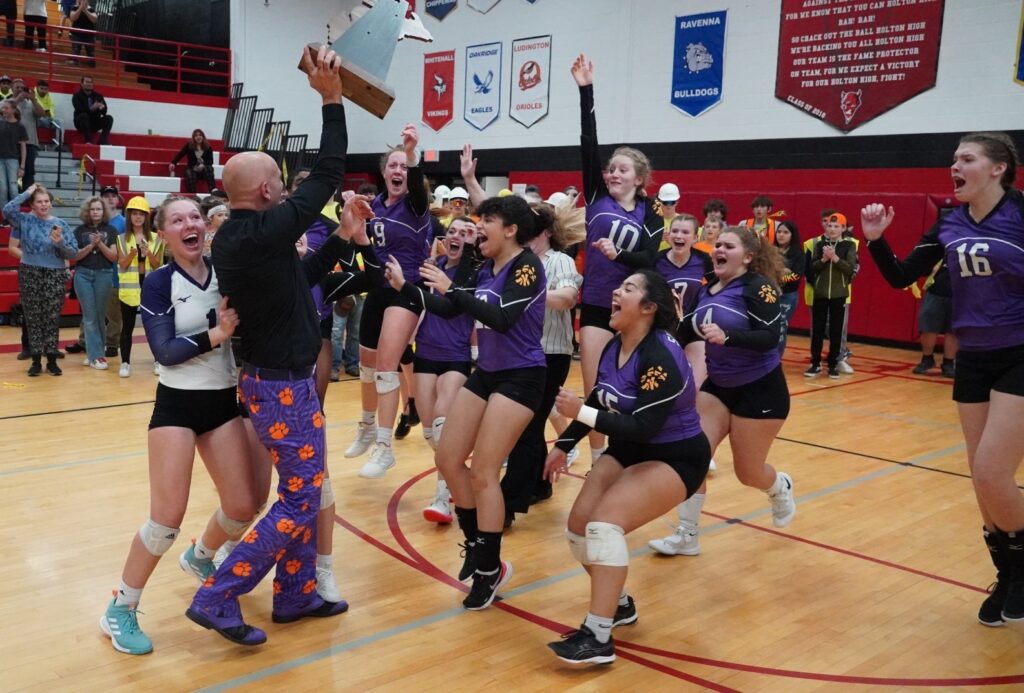 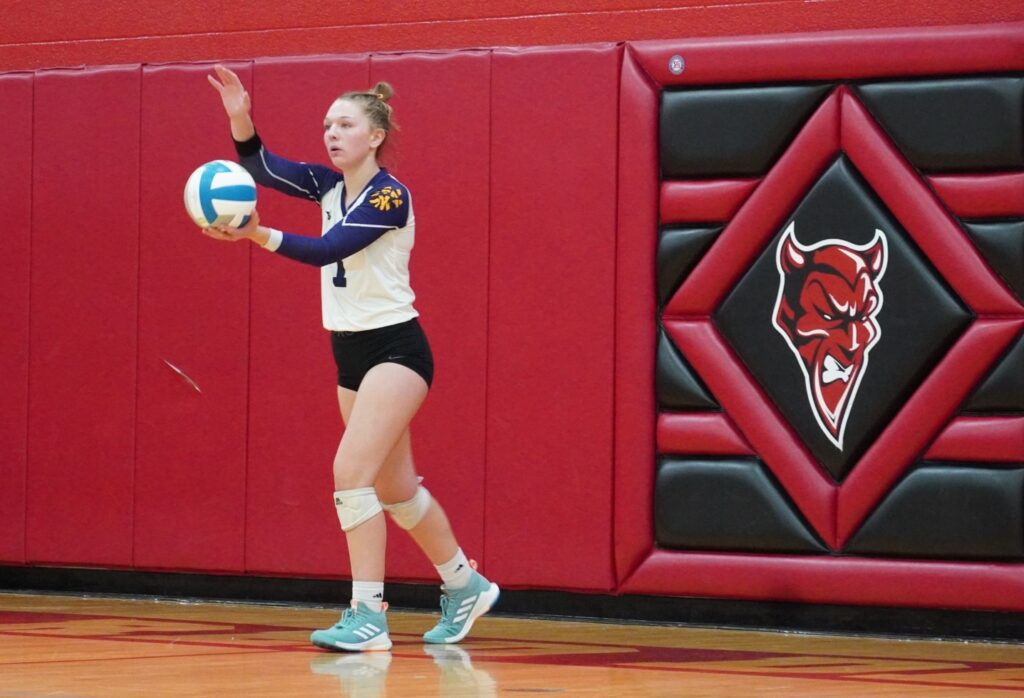 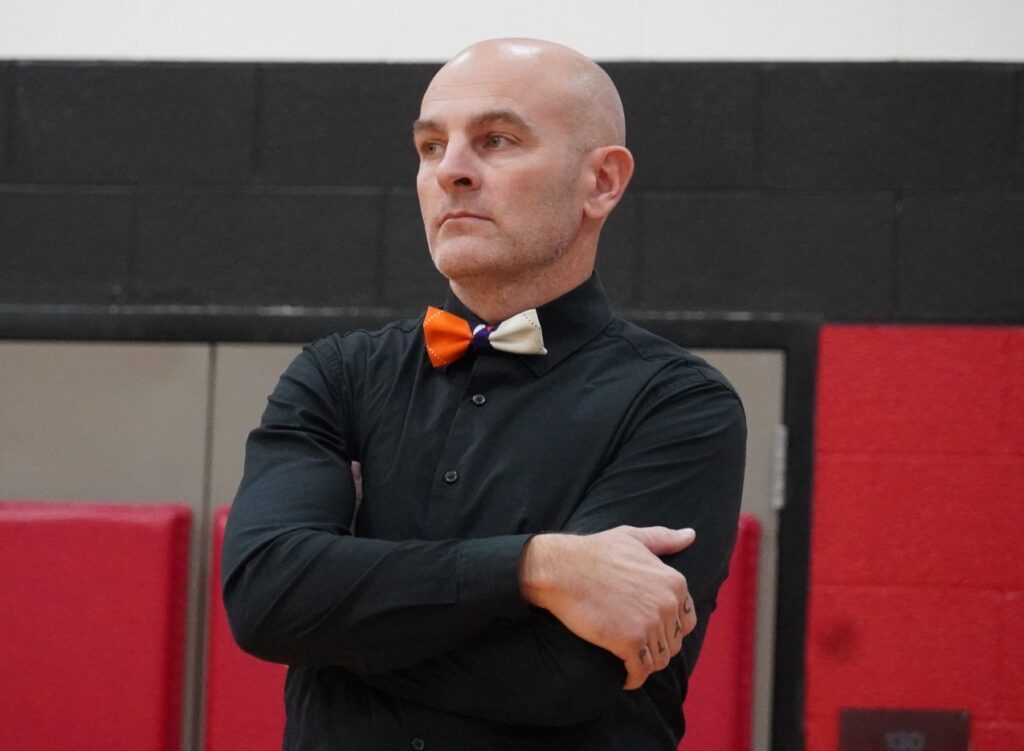 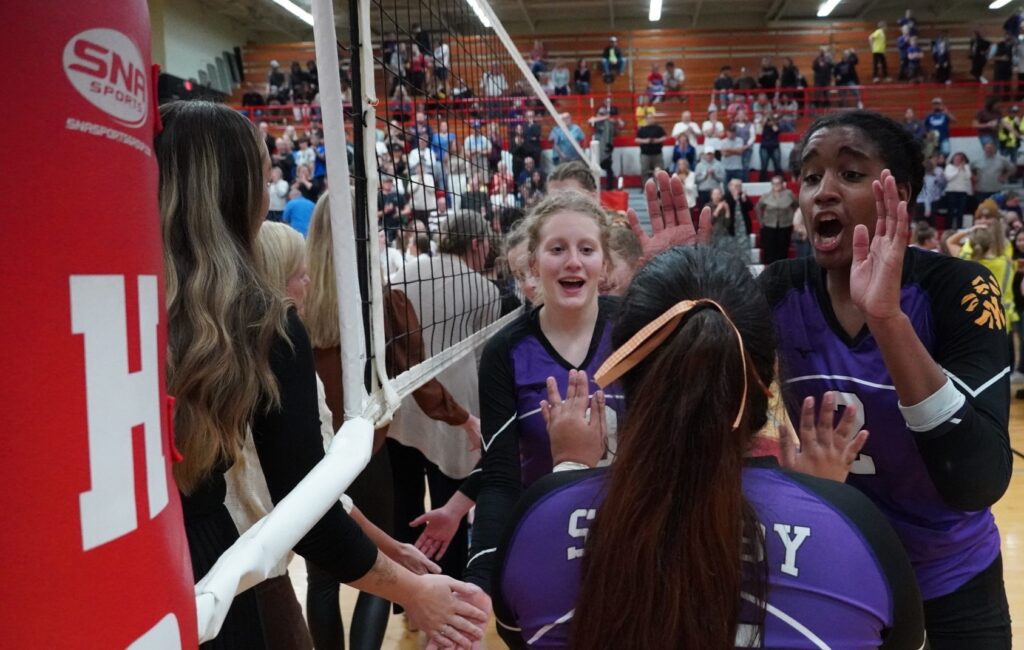 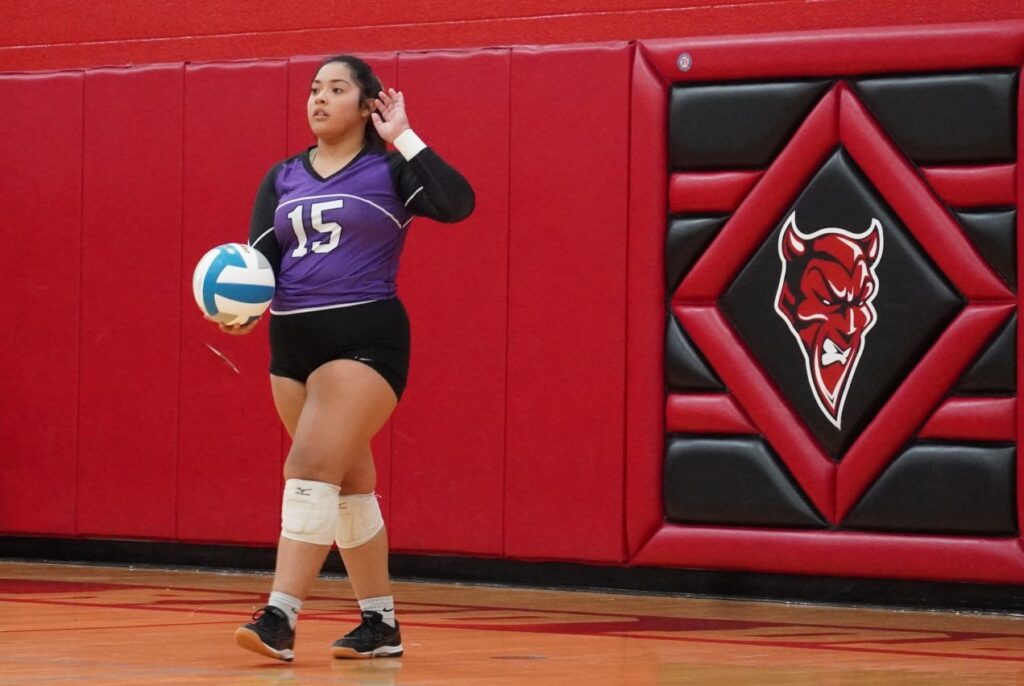 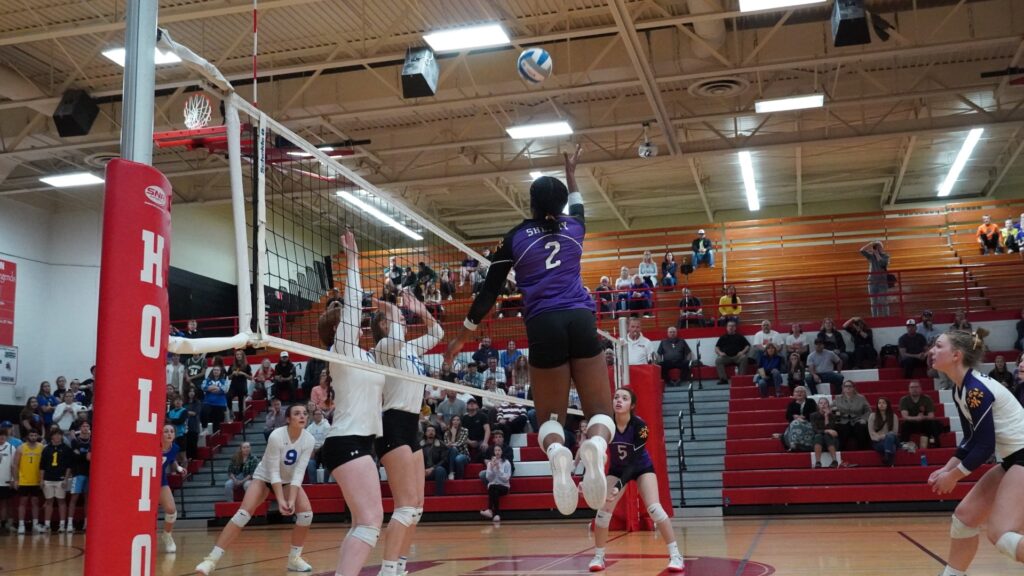 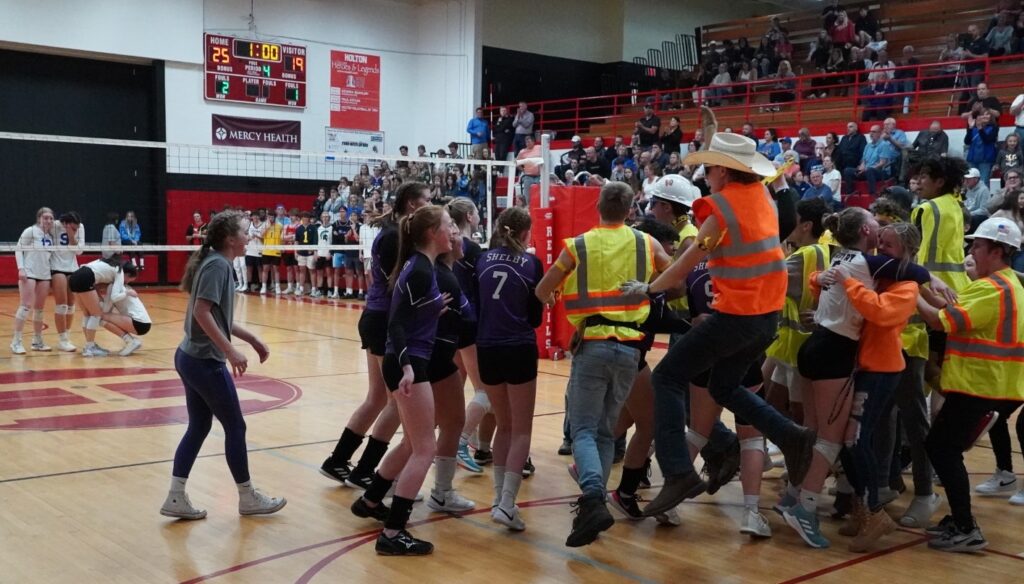 HOLTON – When dad is willing to wear wild pants with orange tiger-paw prints all over them, an outfit complete with a colorful bowtie and his trademark purple wing-tipped dress shoes, then you know his baby girl has him wrapped around her little finger.

Morgan Weirich is not a baby anymore. She’s a senior leader, a four-year starter at libero, for Shelby’s volleyball team. Make that, the 2022 regional champion Shelby volleyball team.

She will always be daddy’s girl, though, and he’ll do whatever she asks. Her father is Tom Weirich, Shelby’s volleyball coach, and he was dressed to the nines Thursday night for the Tigers’ Division 3 regional final against Grand Rapids NorthPointe Christian at Holton High School.

“Dressed like a clown, but if that’s what it takes to get a win, we’ll take it,” Tom Weirich said with a wide grin.

“Five years ago when we won the regional final game, he wore that exact outfit,” the bubbly Morgan Weirich said after the victory. “And so last night I sent him a picture. I said, ‘You need to wear this outfit because that’s the last time we won (the regional title).’

“That’s what he did,” she added with a shrug of her shoulders.

This is Tom Weirch’s 18th season as Shelby’s head coach. Morgan Weirich, 17, was indoctrinated in Tigers volleyball from a young age. She knows the program, its ins and outs, as well as anybody.

Tom Weirich has dreamed about these times, when he could coach his daughter and maybe win championships together.

Well, the Weirichs and the Tigers have captured three titles so far: West Michigan Conference Rivers Division, district and regional.

Tom Weirich is doing his best to savor every moment.

“I’m going over this in my mind, how I’m going to handle it, and it never turns out good. No matter how or where it ends, it’s going to be too soon and it’s going to be a bittersweet end to this season no matter what,” he said.

“I’ve dreamed and I’ve dreaded this part of the season since she’s been about 10 years old. I know it’s coming and there’s no way to stop it and I don’t want to stop it, but boy, it’s going to be hard to watch her walk off the court for the last time. We’re just thankful that we didn’t have to do it tonight because I’m not going to be emotionally correct that night, I’m sure.”

Sensational Shelby sophomore Navea Gauthier helped ensure that Thursday would not be the Tigers’ final night.

While Thursday’s match may not have been Morgan Weirich’s best, she held it together with the help of her dad. At one point in the middle of the match, father pulled daughter aside in front of the Shelby bench, put his hands on her face in a calming gesture and helped to settle her down.

That was one of those special moments which Tom Weirich is trying to embrace.

“It’s crazy. I mean, just that little look that Weirich gives her and she knows automatically what’s going on,” said Gauthier, who has that type of connection with her mother, Becky Gauthier, an assistant coach for the Tigers.

When Shelby’s players broke into their post-match “Sturdy” TikTok dance, which has become customary after every win, Tom Weirich joined his daughter in the middle of the circle dance.

He didn’t care how he looked. He wanted to be in the moment.

“It wasn’t good what I did there, but it’s fair enough that I wanted to get in there and be involved in our crowd,” he said. “Our crowd is, I think, the best in the state. I haven’t seen anybody close to them all season long and they just keep delivering for us.

“I’ll probably have to ice my hamstrings down tonight after that move, but we’ll take it, though.”

No telling how long Shelby will continue dancing in this state tournament.

Before the season, Navea Gauthier set a very lofty goal: The Tigers winning a state title.

Whatever happens, the Weirichs are trying to soak up every single moment.

“I think it’s really special,” Morgan Weirich said. “All of us wanted (the regional title) so bad and all of the friendships and bonds that we have, we just keep getting tighter and tighter exactly when we need them, right at the end of the season. We all trust each other and we want this so bad.”