Montague was seeking fourth-straight state finals appearance as a team and third title in a row.

Montague finished in fourth, one spot out of state finals qualification, with a team score of 385. Kalamazoo Christian rolled to the team regional title at 337, followed by Kalamazoo Hackett Prep at 370 and Grandville Calvin Christian at 376.

The top three teams and top three individuals not part of qualifying squads advance to next weekend’s state finals at The Meadows on the campus of Grand Valley State University.

Montague junior Mackenzie Goudreau and senior Natalie Kellogg qualified for the state finals individually. Goudreau shot a 6-over 78 to finish third overall, while Kellogg carded a 92 and punched her ticket to the state finals by surviving a three-person, one-hole playoff in which two would advance to next weekend’s finals.

On the playoff hole, Kellogg’s double-bogey was enough to get her through. Afterwards, it was an emotional scene for Kellogg, father Mike Kellogg and her Wildcats team.

Watch the video at the top of this story and check out the photos below.

CLICK HERE for complete results from the Division 4 regional at Moss Ridge. 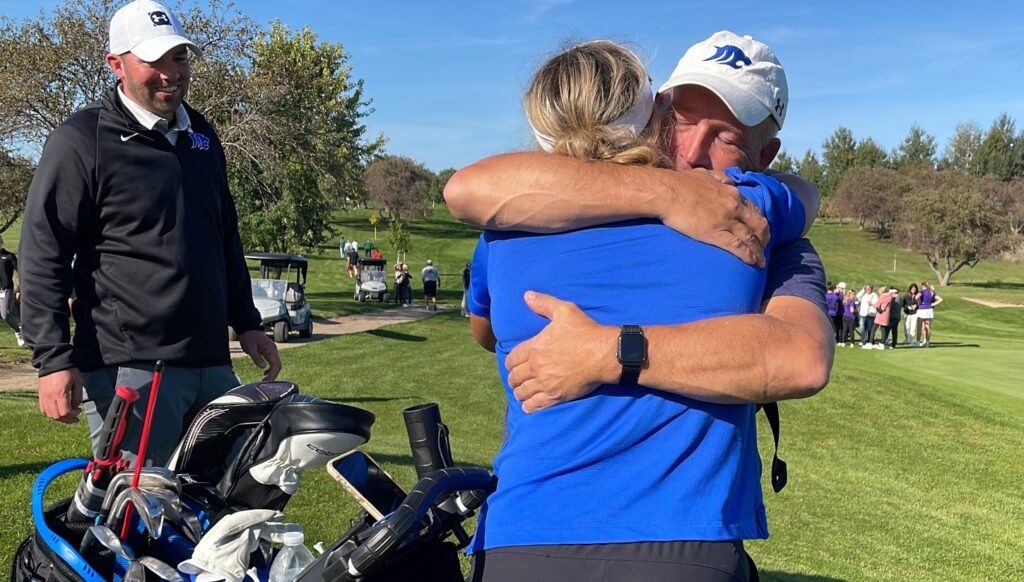 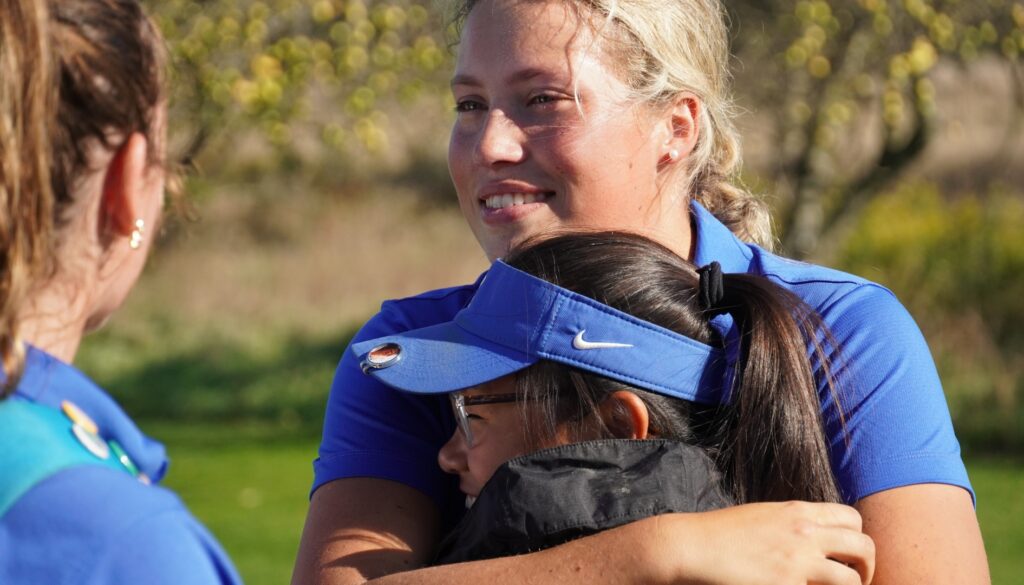 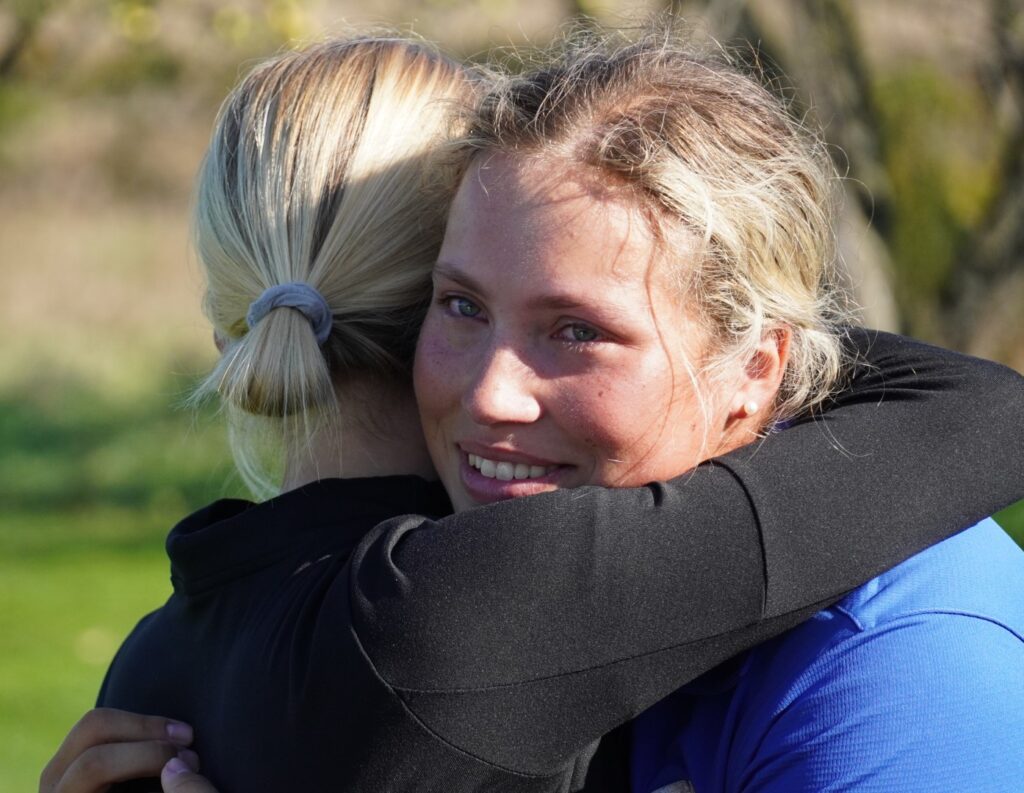 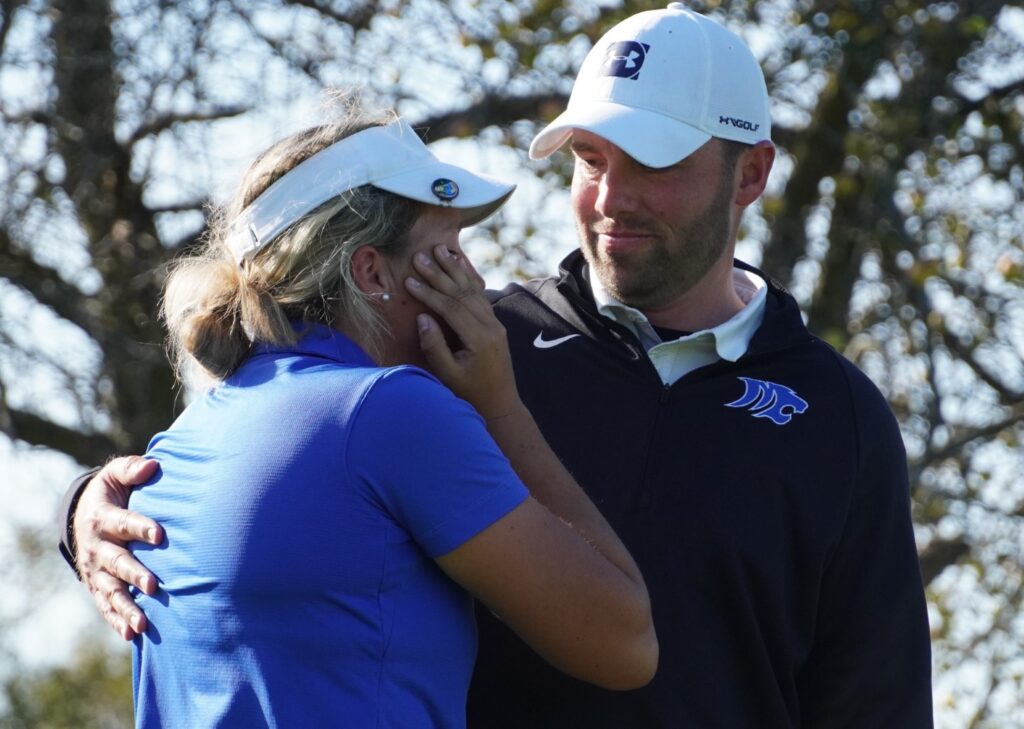 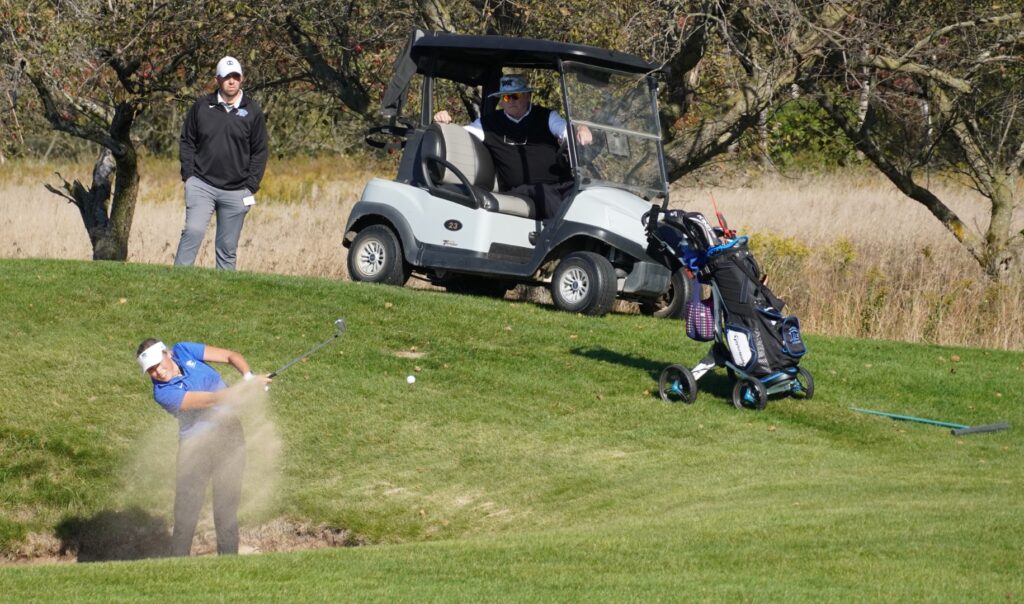 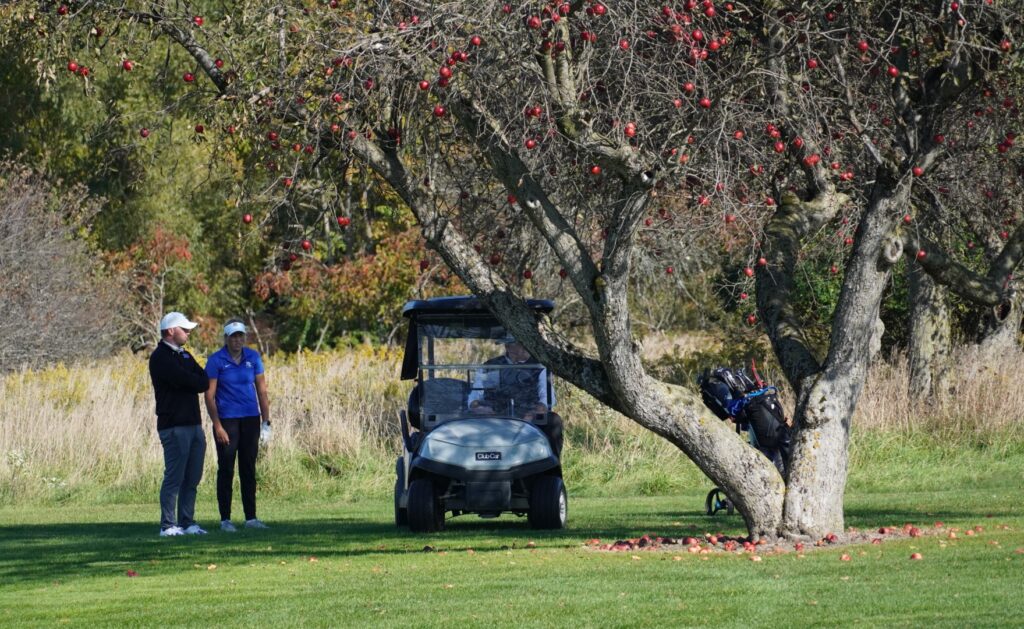 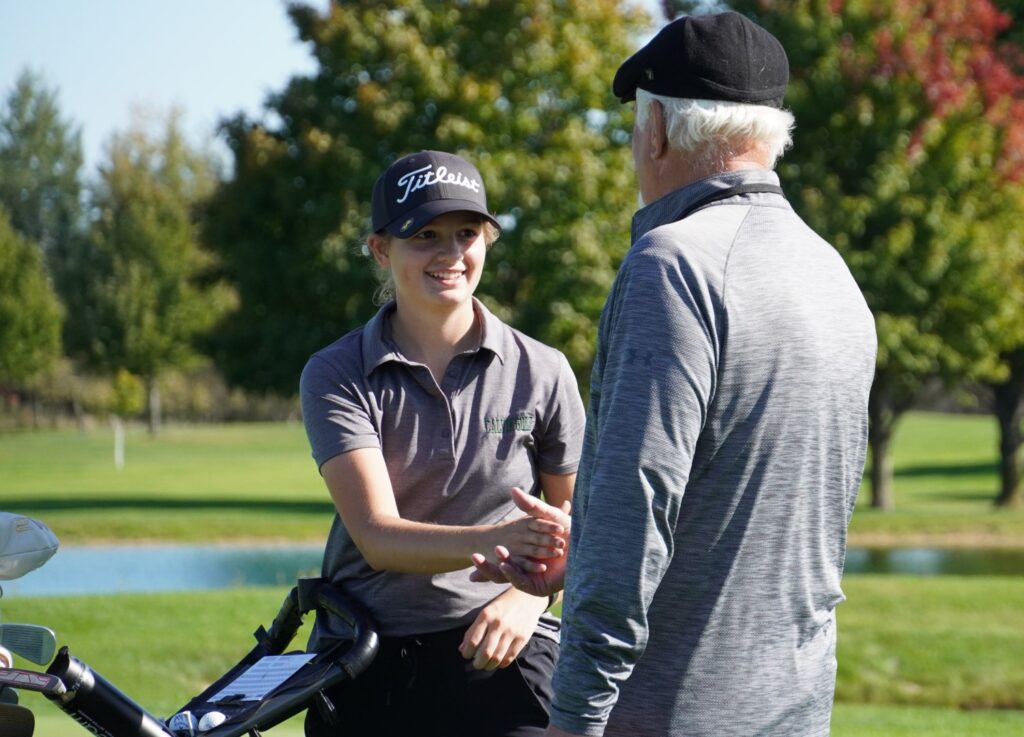 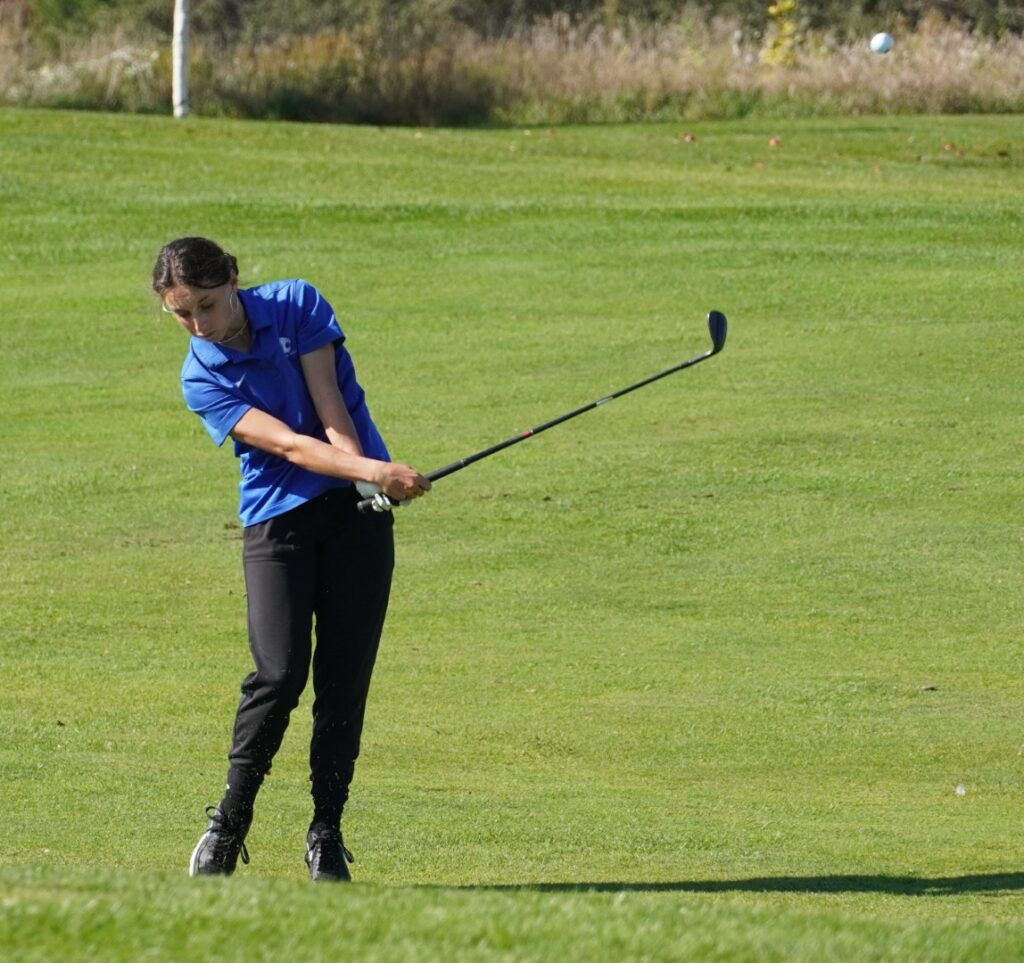 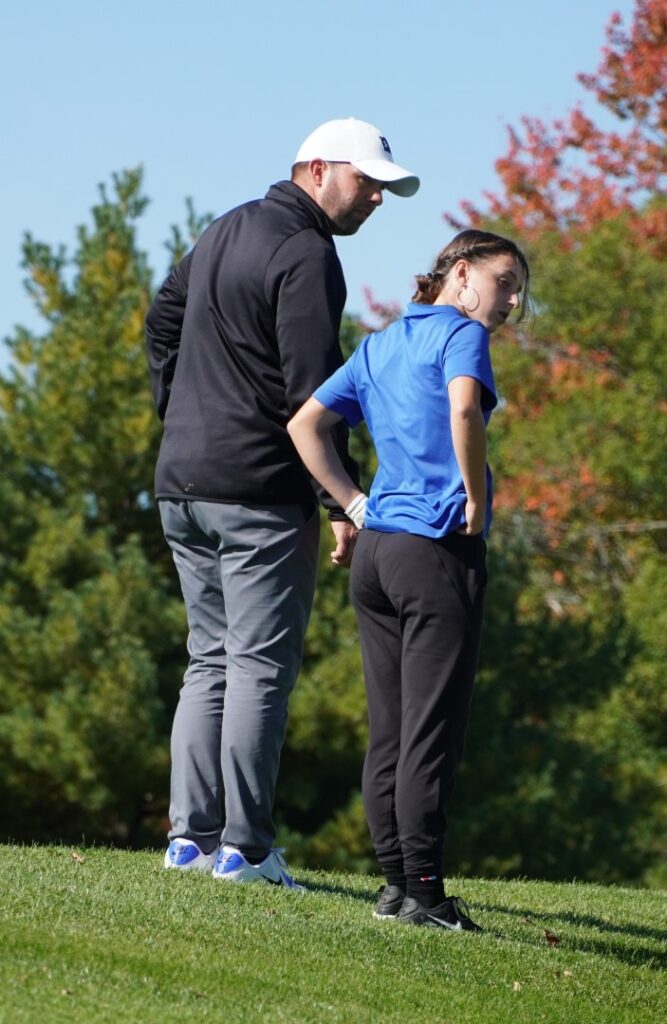 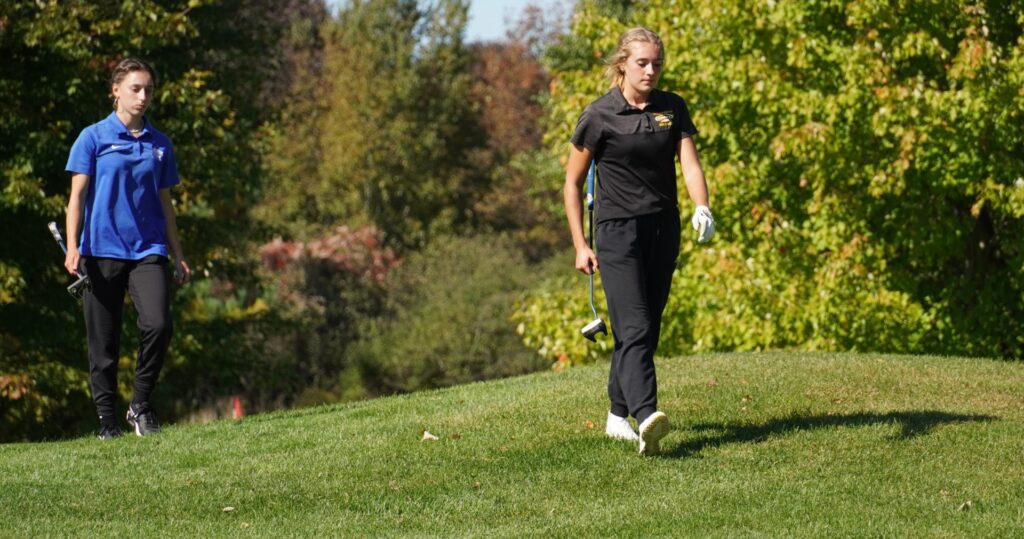 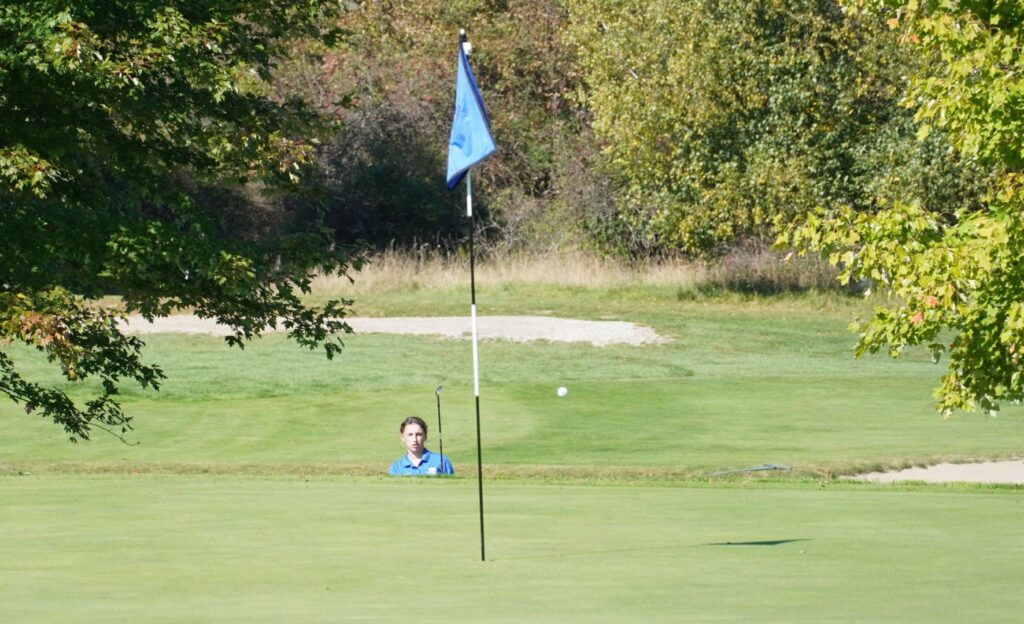 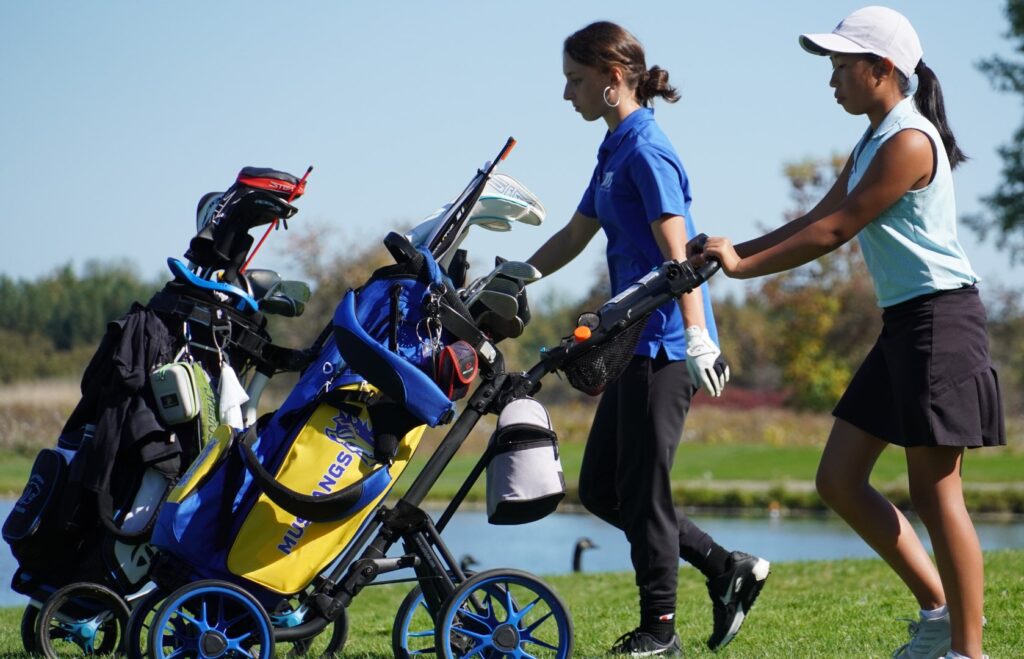 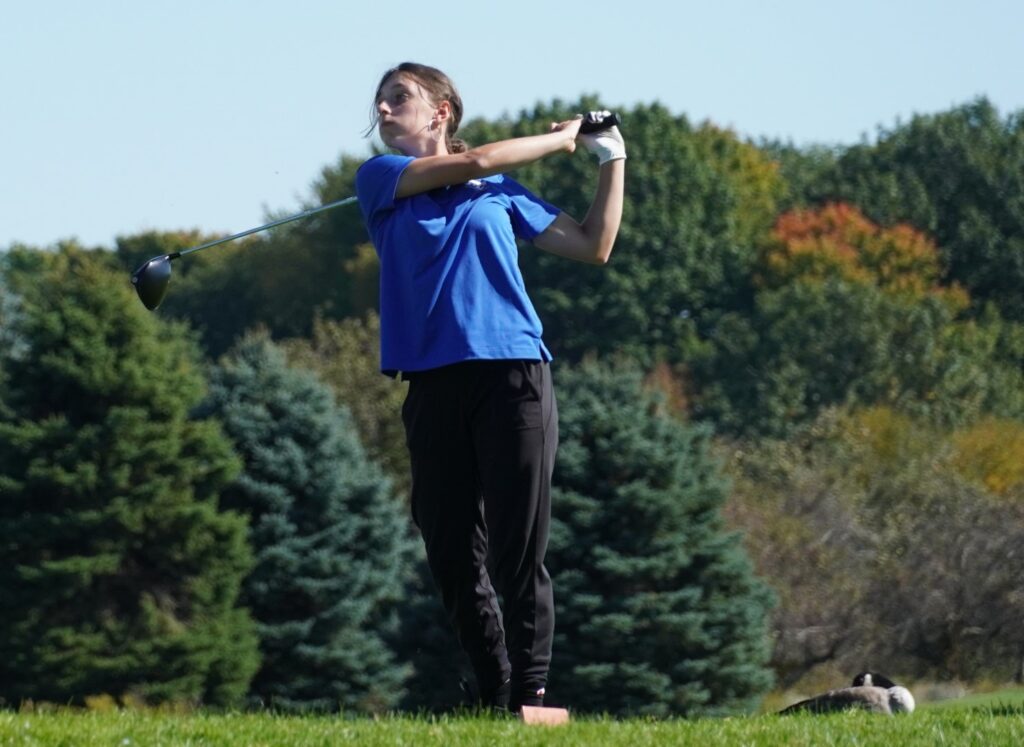 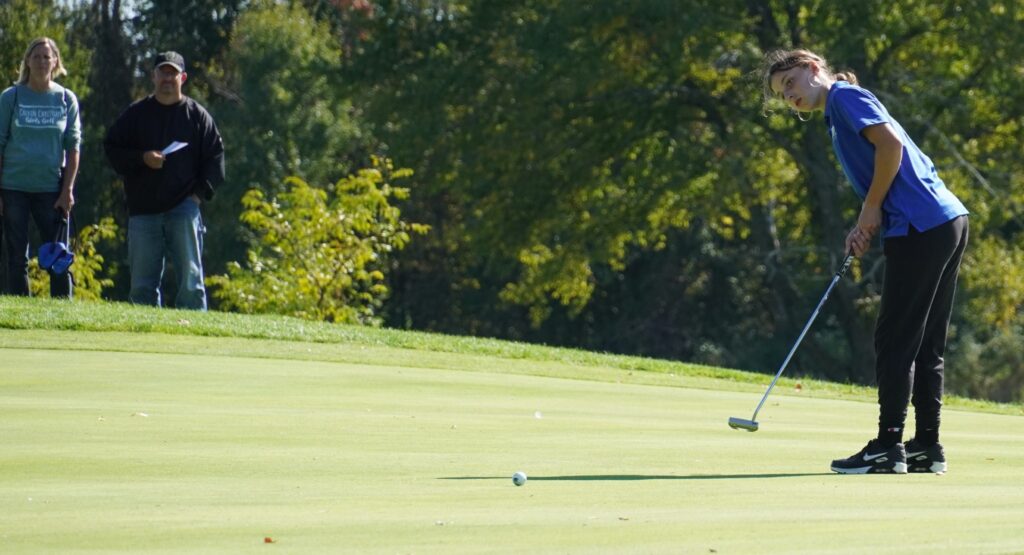 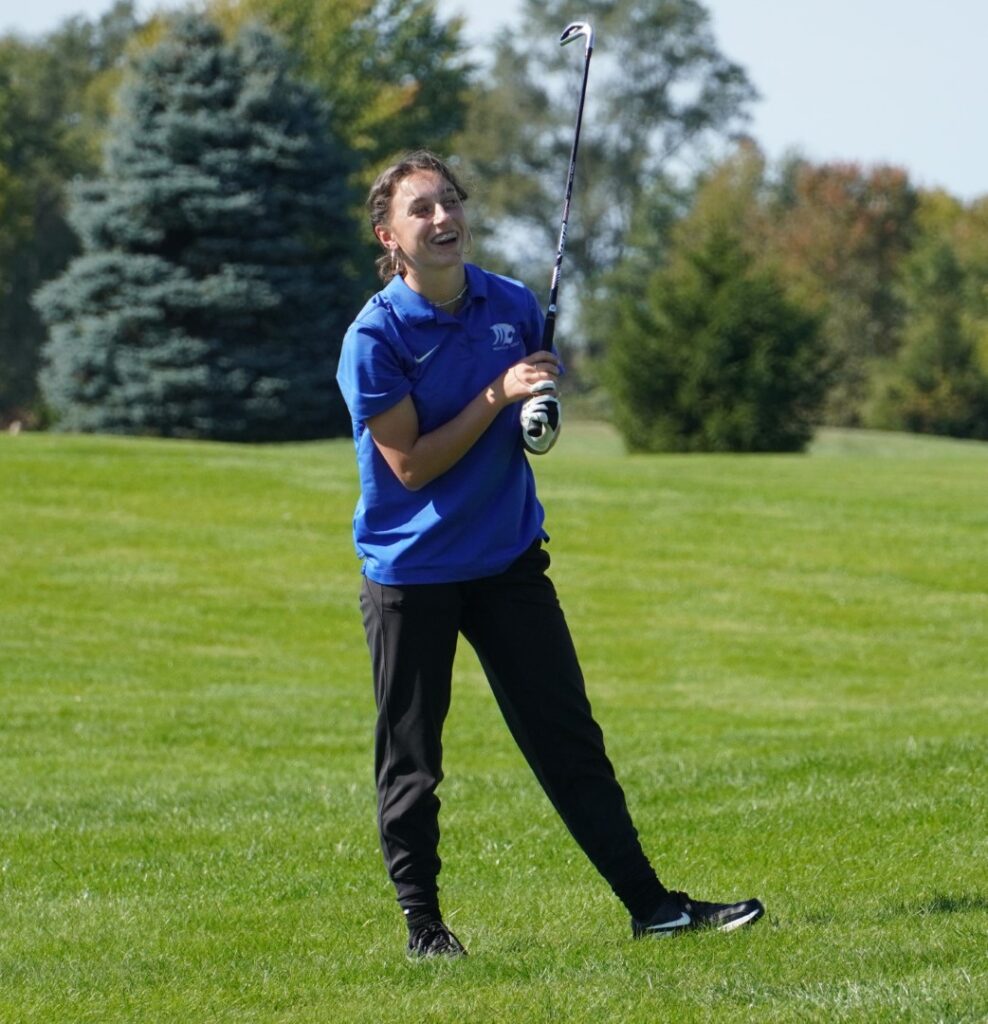 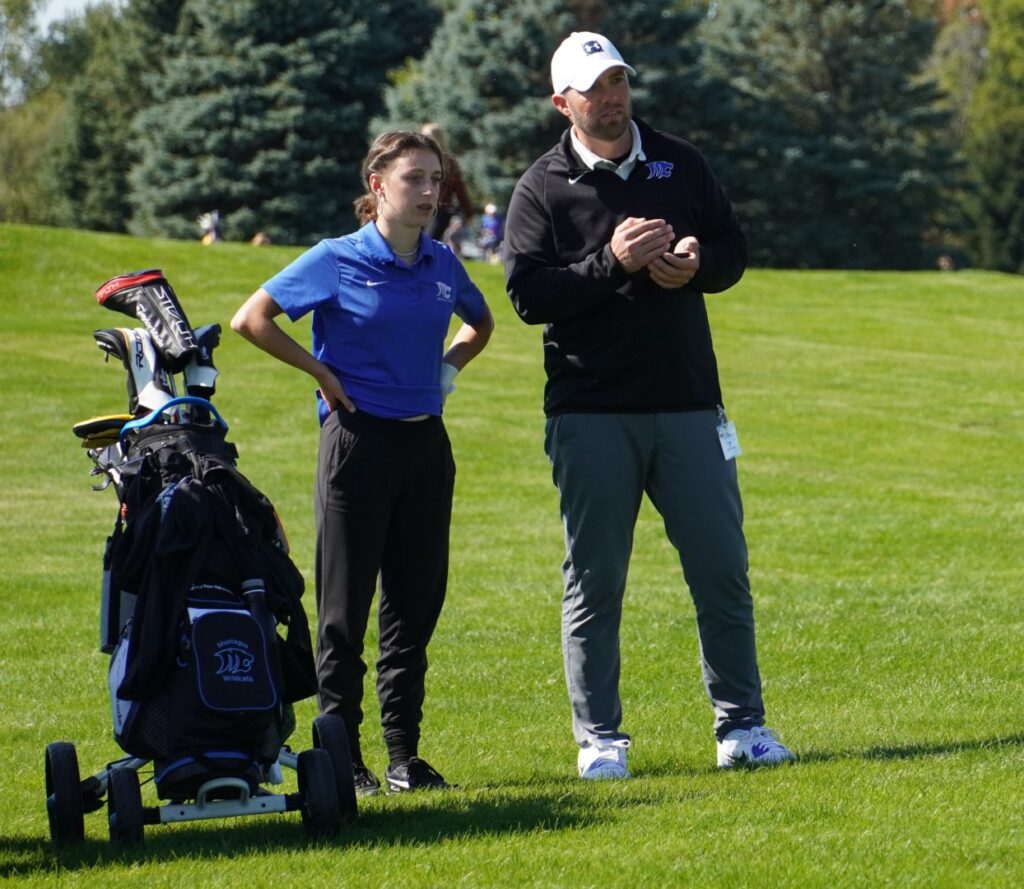 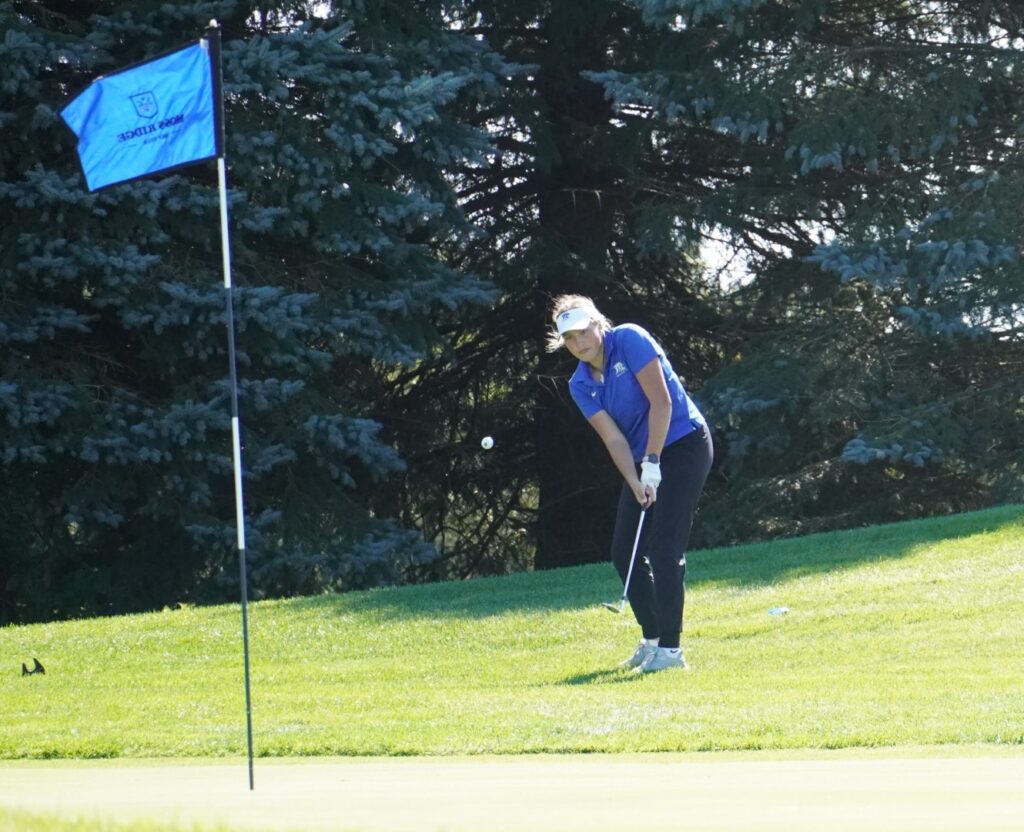 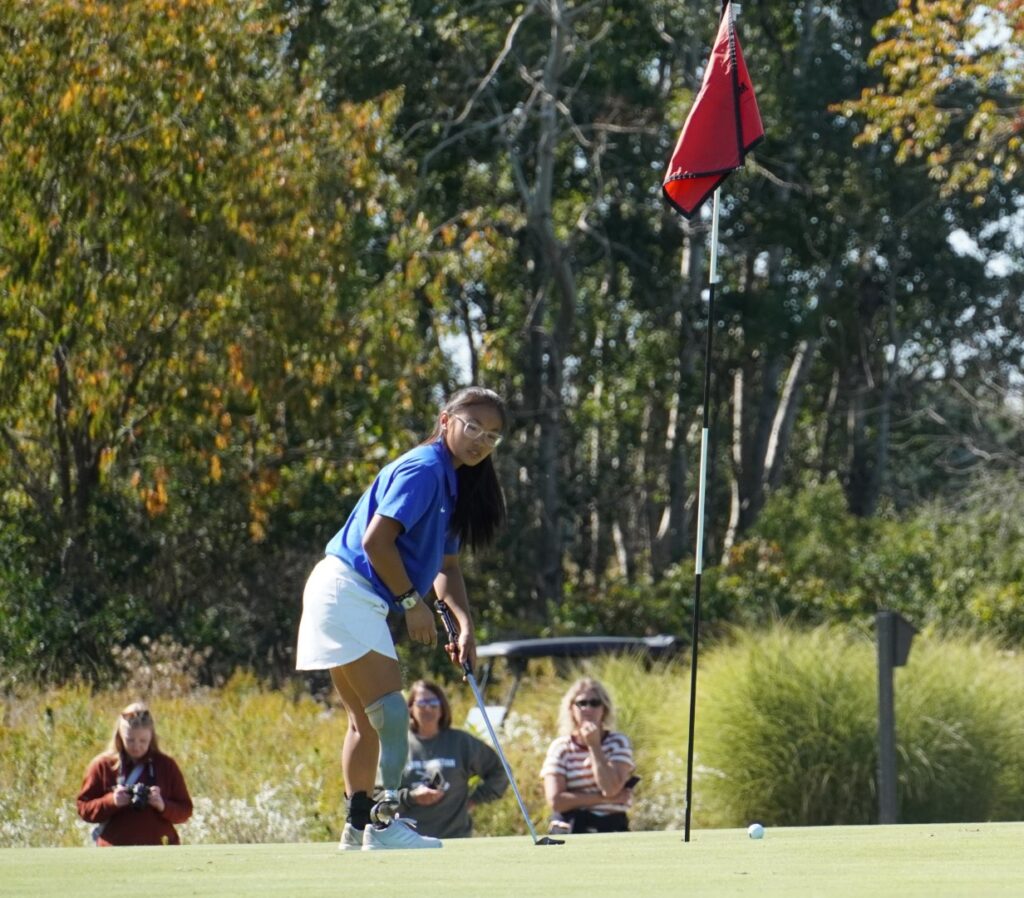 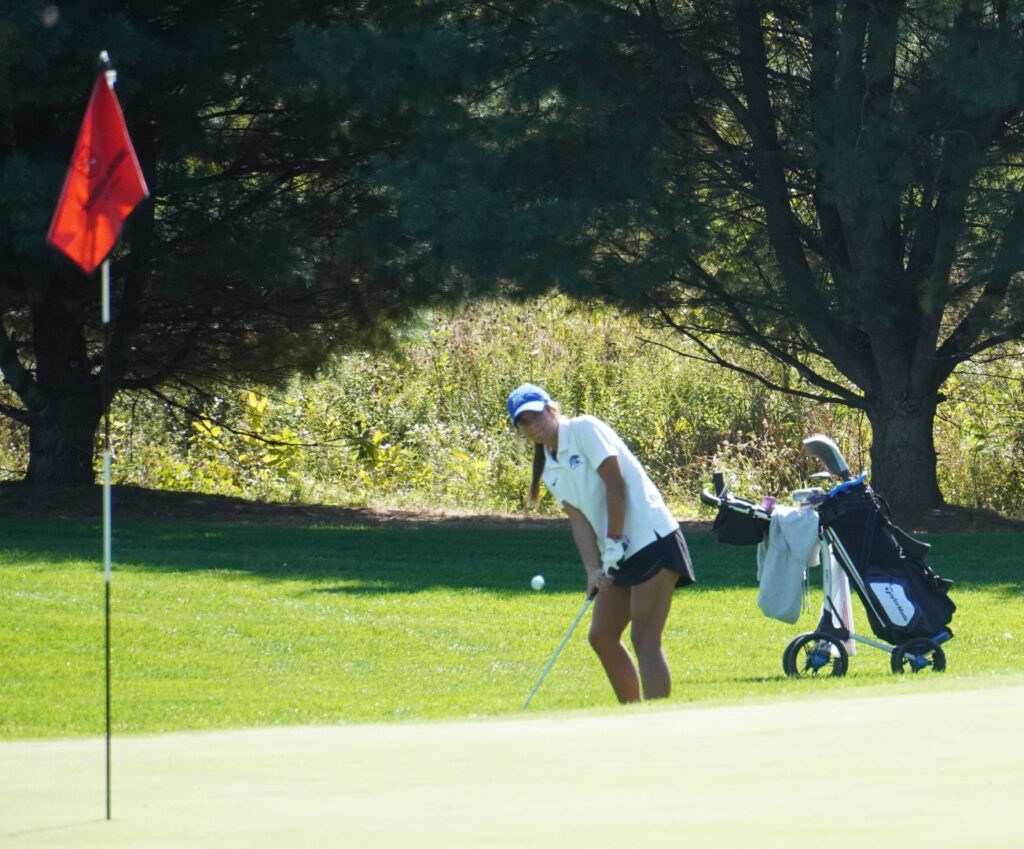 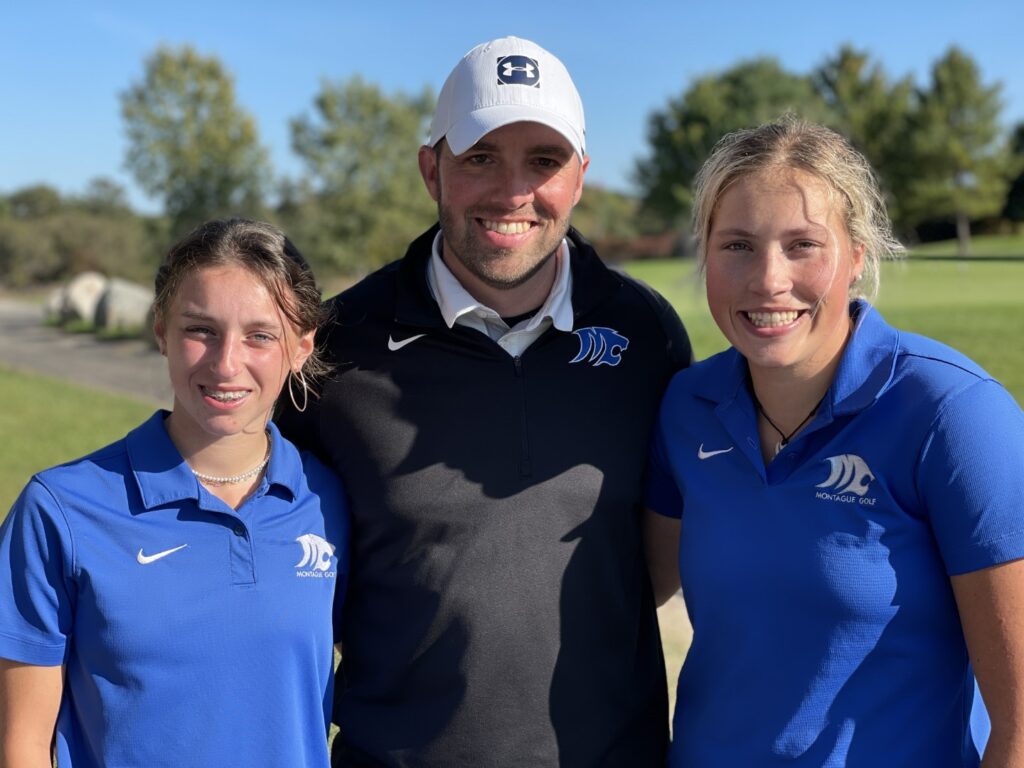 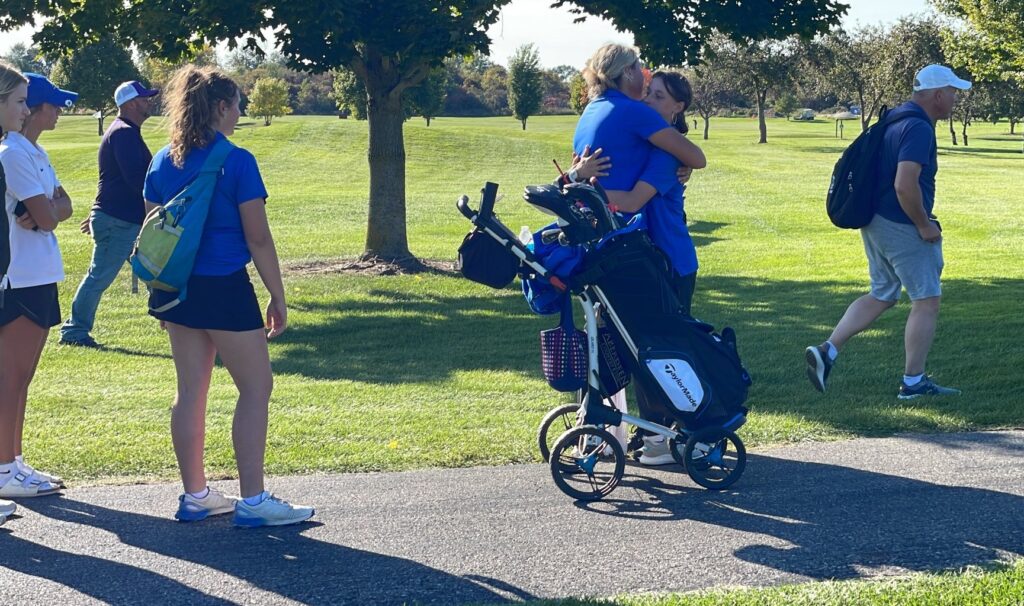