The poll will remain open until noon on Friday, Jan. 14. 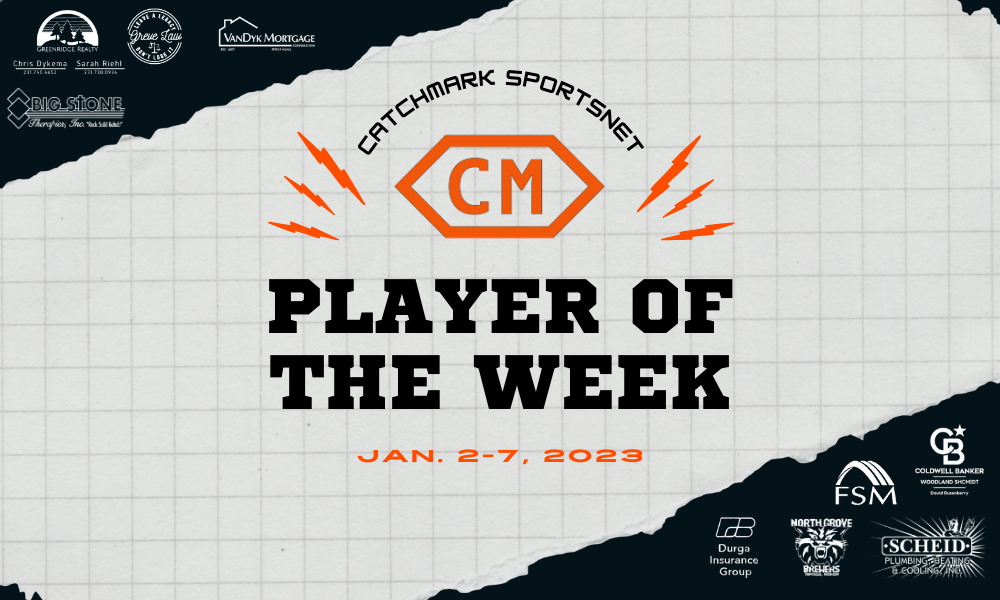 After a two-week hiatus around the holiday break, the CatchMark SportsNet Player of the Week fan poll is back.

Time to recognize six nominees from 2022-23 West Michigan Conference winter sports and for you to vote for Player of the Week among them.

This week’s fan poll is based upon the athletes’ performances spanning Jan. 2-7, 2023. The poll can be found at the bottom of this story after brief capsules on the nominees.

Voting is open and will continue until noon on Friday, Jan. 13.

The senior guard had a strong week as the Pirates split a pair of games against tough opponents. In Friday’s key 54-38 WMC Rivers Division victory at Mason County Central, Boutell led all scorers with 19 points to go along with two assists and strong defensive pressure. In Tuesday’s 62-57 home loss to Division 2 Holland Christian, Boutell finished with 16 points and nine assists.

The Vikings sophomore 175-pound avenged a loss to Cedar Springs’ Carter Falan earlier in the season by pinning him in 1:05 in the championship match of the Adam Provencal Invitational Saturday at Grand Haven. In his three other matches Saturday, Jenkins won by fall twice and earned a major decision. He improved his record to 18-2 on the season.

The junior 126-pounder improved his season record to 20-0 by defeating Zane Kik by fall in the finals of the Lloyd Cogswell Memorial Invitational on Saturday at Ravenna. Mason County Central coach Kendel Trim said that McCabe is wrestling very sharp right now with good awareness of the mat.

The senior helped power the Wildcats to a pair of tight victories last week. On Wednesday, Schwarz made the game-winning free throw with no time remaining to lift her team to a 42-41 win at Grant. She finished with 11 points, eight rebounds and three steals. In Friday’s 37-34 home win over Fremont, Schwarz led the way with 13 points, seven rebounds and two steals.

The 6-foot-10 senior led the Orioles with 15 points and 11 rebounds in a 63-52 victory over host Whitehall in a key WMC Lakes Division matchup on Friday. Ludington trailed 30-29 at halftime, but Westhouse dominated the third quarter with 10 points.

The Wildcats junior continued her strong season by winning her weight class at the Adam Provencal Invitational Saturday (Jan. 7) in Grand Haven. Winkleblack defeated Mason County Central’s Nyvaeh Wendt for the title. It was a rematch of their 110-pound championship bout in the West Michigan Girls Showcase all-female event Dec. 29 at Montague, where Winkleblack beat Wendt 9-3 in the finals.