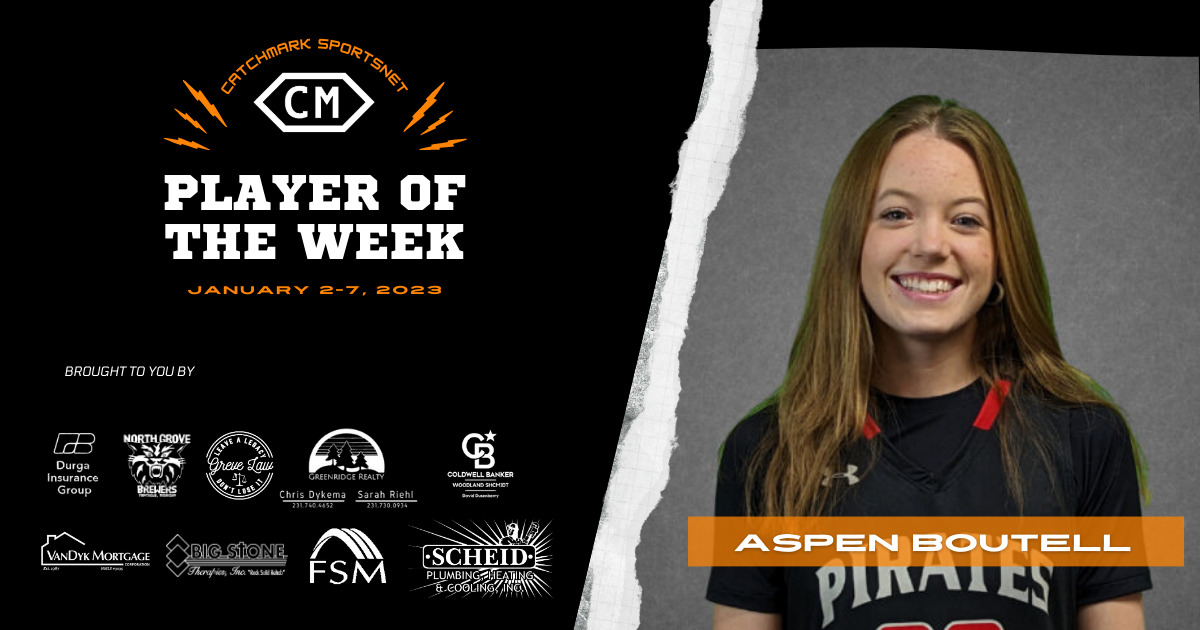 The CatchMark SportsNet Player of the Week fan poll took a break for a couple weeks over the holidays.

It returned this week and the award stays with the Hart basketball program.

Boutell totaled 1,828 votes compared to 1,440 for Winkleblack. See complete voting results for this week’s poll at the bottom of this story.

The weekly fan poll, which recognizes six West Michigan Conference winter sports athletes for this achievements from the week before, closed at noon today (Friday, Jan. 13).

Boutell had a couple of strong performances last week. In last Thursday’s key 54-38 WMC Rivers Division victory at Mason County Central, she led all scorers with 19 points to go along with two assists and great defensive pressure. In Tuesday’s 62-57 home loss to Division 2 Holland Christian, Boutell finished with 16 points and nine assists.