League race looks to come down to defending champ Whitehall, Montague and Hart. 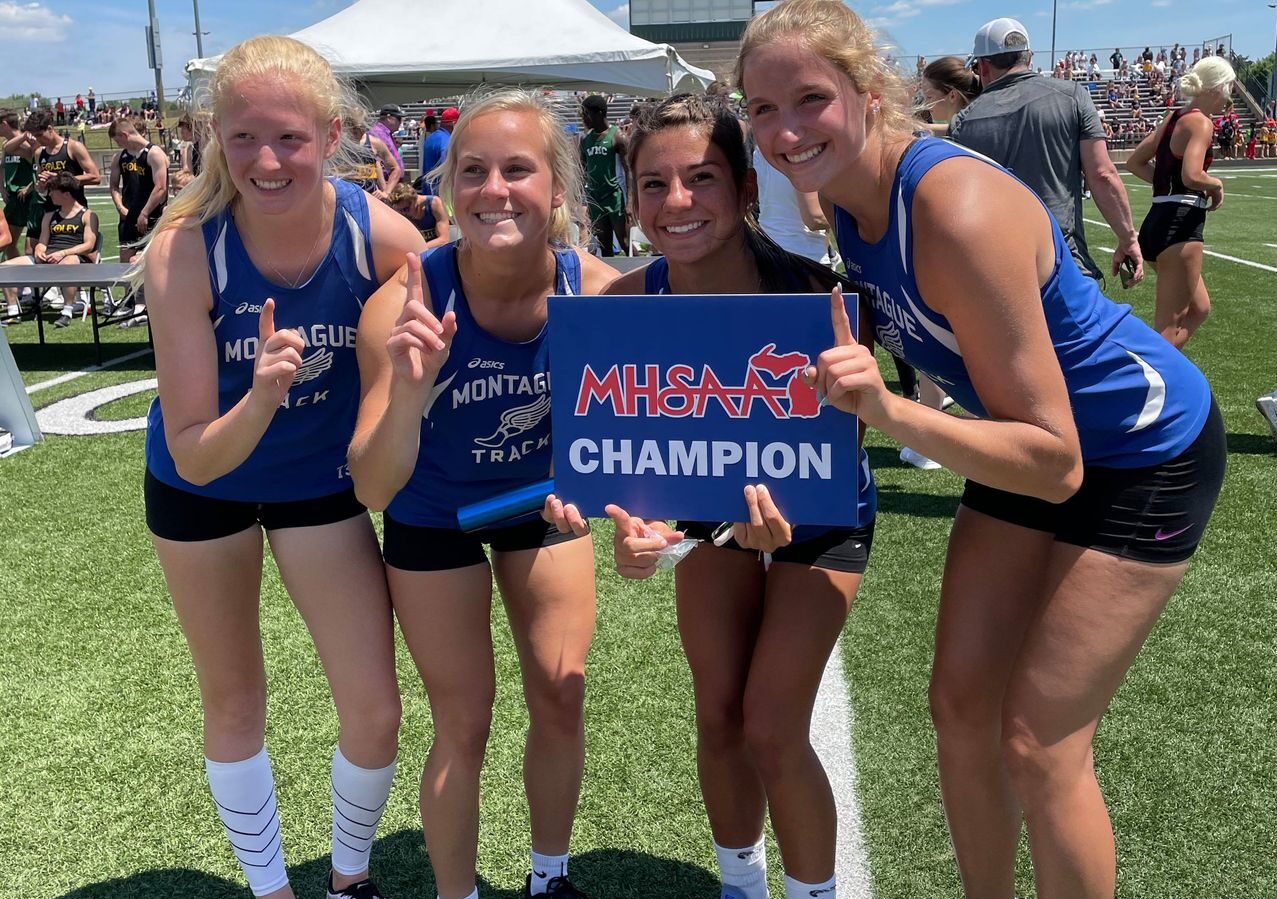 Whitehall, Montague and Hart are coming off strong girls track and field seasons in 2021 and they again look to be the cream of the crop this spring in the West Michigan Conference.

Whitehall is the defending champion in both the league and the Greater Muskegon Athletic Association. Meanwhile, Montague and Hart return athletes who earned state championships and other top state finals finishes in relay events.

Here are preview capsules of the 2022 season in the conference based upon info submitted to CatchMark. Teams are arranged alphabetically:

Hart is hoping to improve upon its fifth-place finish at the state finals. Typically, the Pirates have had a real strength in the distance events, which continues to be the case, but this season they are more well-rounded, which should help their chances down the road. “Not only do we have goals at the state finals, we are a PR team,” Ackley said. “We also strive for personal improvement no matter what ability, having fun and to be a serving and helping member of our team.”

Holbrook said it is difficult to prediction how her team will do this year so early in the season. The Spartans have only one upperclassman in Kelley, who is a senior. They have three sophomores and four freshmen. “They are good athletes. We have good leaders and have a great work ethic,” Holbrook said. “It will be fun to see the season progress and see how well they improve heading towards the conference meet (which Mason County Central hosts). We have a small team, but other teams in the conference have the same numbers.” Holbrook specializes in girls and boys hurdlers and jumpers, while assistant Katie Cooper works with girls and boys throwers.

Claire Meacham: Do-everything athlete, who competed in shot put, discus, high jump and 300 hurdles as she scored big in all four events

Emma Pendell: Scored for the Wildcats in pole vault

Brooke Berry: Scored in the throws

As usual, Montague’s top meets in the West Michigan Conference will be those involving Whitehall and Hart as well as the overall conference meet. The Wildcats are looking to defend their regional title, likely having to do so against an always strong Kent City squad. Montague will be hosting the regional. “Going out and competing at every meet, trying to PR and try to be at our best come end of May,” Fick said. “We will have to compete against an always strong Whitehall team, and Hart’s distance team has added a very good sprinter. It should be a great conference race, and we plan on being right in the middle of it all.” Montague has added some new coaches along with Fick, including Justin Dennett, Craig Graham, RJ Nordlund, Chelsea Binder and Joe Brunsen.

Gabriella Wingard: 1600 and 3200; all-conference last year; state qualifier in the 3200 and in cross country for the past three seasons

North Muskegon looks to sport a much larger roster than last season, but the Norse will have a lot of inexperienced runners competing in key spots. The team’s focus will be on improving each week and preparation for the regionals on May 21. Schroeder, who is a former Norse runner, takes over the reins from her coach, Doug Clark. Clark retired after coaching track at North Muskegon for 33 seasons.

Oakridge’s goal this season is to build the program. The Eagles are coming off a season with very few numbers and they’re hoping to build a new team culture for the track program at the school. This season’s roster features 17 athletes. Oakridge again will be hosting the Greater Muskegon Athletic Association meet, this time on Friday, May 6.

Kendra Postema: School record-holder in the 200 and state qualifier in long jump, 100 and 200; all-state in the 200; academic all-state

Ravenna’s goals for the season are to move up in the West Michigan Conference standings and qualify as many athletes as possible to the state meet in June. The highlights for the Bulldogs should be the conference meet at Mason County Central and regional meet at Montague.

Shelby’s girls roster this season features 14 athletes, which Kies considers a strength. He said that weaknesses will be in hurdles and select field events. The goals are to improve each meet leading up to the regional.

Last year: First in the West Michigan Conference and champion in the GMAA meet

Whitehall captured West Michigan Conference and Greater Muskegon Athletic Association titles last season and the Vikings are looking to compete for those again. Senior leadership and a talented group of freshmen will make a scoring difference for the Vikings, according to Goodrich. Klint will be going for the school’s pole vault record and she has scoring potential in hurdles or wherever she’s needed. Thompson returns after missing the 2021 season with an injury. The all-state volleyball player will be a scoring leader for Whitehall in high jump and hurdles.