Vikings can win it outright with win over Shelby at home Tuesday. 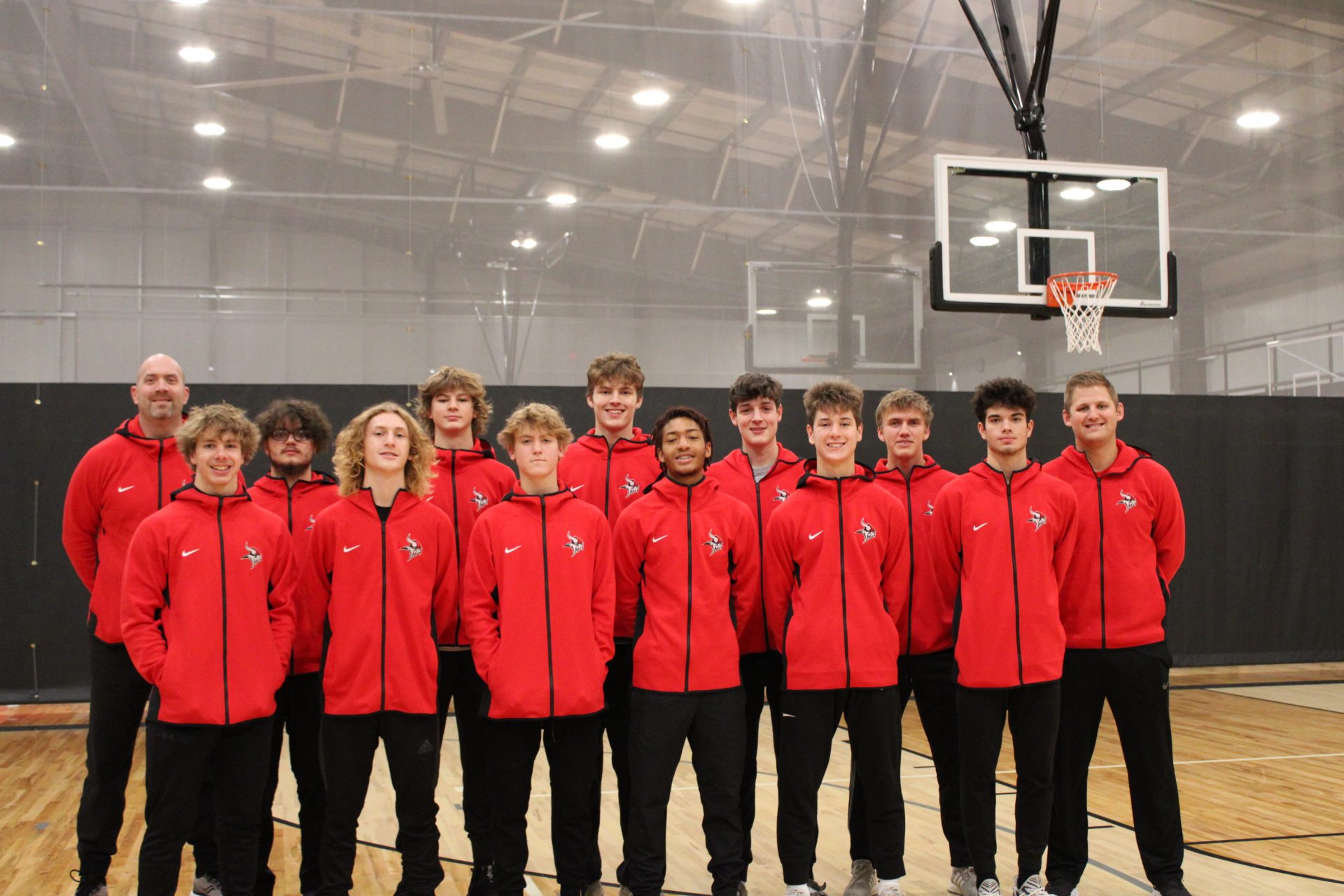 On Dec. 10, Whitehall’s boys basketball team did not look anything like a conference-title contender. The Vikings lost by 24 points on their home court against Ravenna.

Whitehall secured at least a share of the league title with a 61-53 victory over visiting Mason County Central Friday. The Vikings (13-5 overall, 10-3 WMC) can claim the outright championship with a win at home over Shelby Tuesday.

“We got a share of the conference, which was one of our goals at the end of the season, so I’m extremely proud of them,” first-year Whitehall coach Christian Subdon said.

Whitehall has come a long way since the 66-42 home loss to Ravenna. Standout freshman Camden Thompson returned from an injury, players settled into their roles and the Vikings began to play harder.

Now, they’ve won 11 of their last 13 games, including an impressive 57-54 overtime victory against Ludington Wednesday. The two losses during that stretch were by one point against Shelby and by two points in overtime to equally red-hot Oakridge.

“We changed how we played. We decided that we’re just going to get back to being tough and that’s what we’ve done,” Subdon said. “They bought in at practice, they’ve worked, they’ve grinded – that’s just something that I’m extremely proud of where they’ve come (from). They could have just packed it in at the beginning. Ravenna beats us up by 25 and we come back and beat them later in the season. I’m just extremely proud.

“We’ve got one more. Hopefully we can take the conference outright. It’s going to be a tough game against Shelby.”

Here are details from each of the West Michigan Conference games Friday, Feb. 25:

WHITEHALL 61, MASON COUNTY CENTRAL 53: At Whitehall, the host Vikings were led by Camden Thompson and used a balanced effort to keep the Spartans at arm’s length. Whitehall earned at least a share of a second-straight conference title.

RAVENNA 51, SHELBY 47: At Ravenna, the host Bulldogs assembled a furious fourth-quarter rally to pull out the win and keep their conference title hopes alive. Ravenna rallied from a 15-point deficit in the quarter. The Bulldogs need to beat Montague Tuesday and hope Shelby knocks off Whitehall to earn a share of the league championship.

OAKRIDGE 59, NORTH MUSKEGON 49: At Oakridge, the host Eagles remained red-hot in notching their sixth straight win by turning back North Muskegon in the CatchMark SportsNet Game of the Week.

MONTAGUE 63, HART 30: At Montague, the host Wildcats jumped on Hart in the first quarter with a 17-5 lead and coasted to the victory in their home finale. Sophomore Isaiah Atchison was dominant for Montague.