Pirates girls fall a little short in quest for sixth straight, but boys have their moment in the sun. 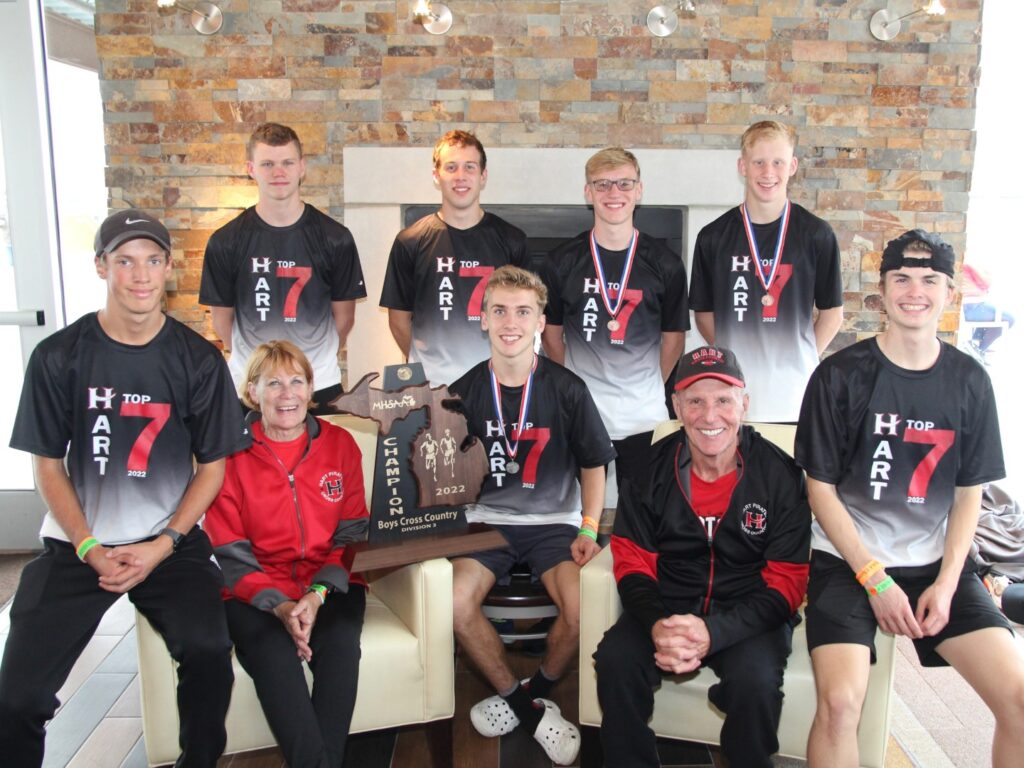 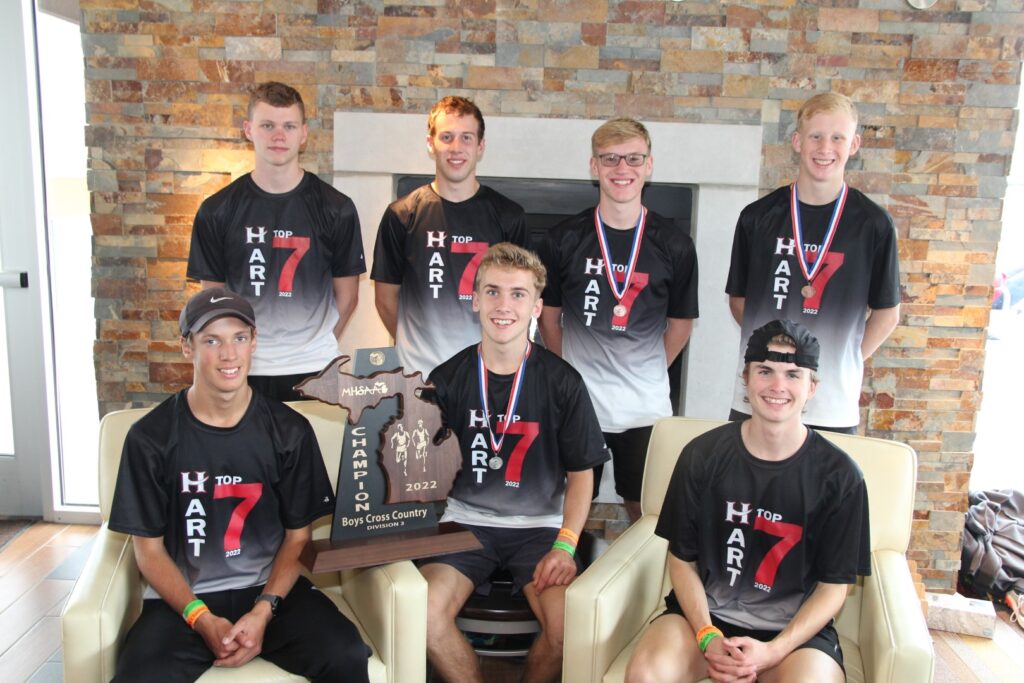 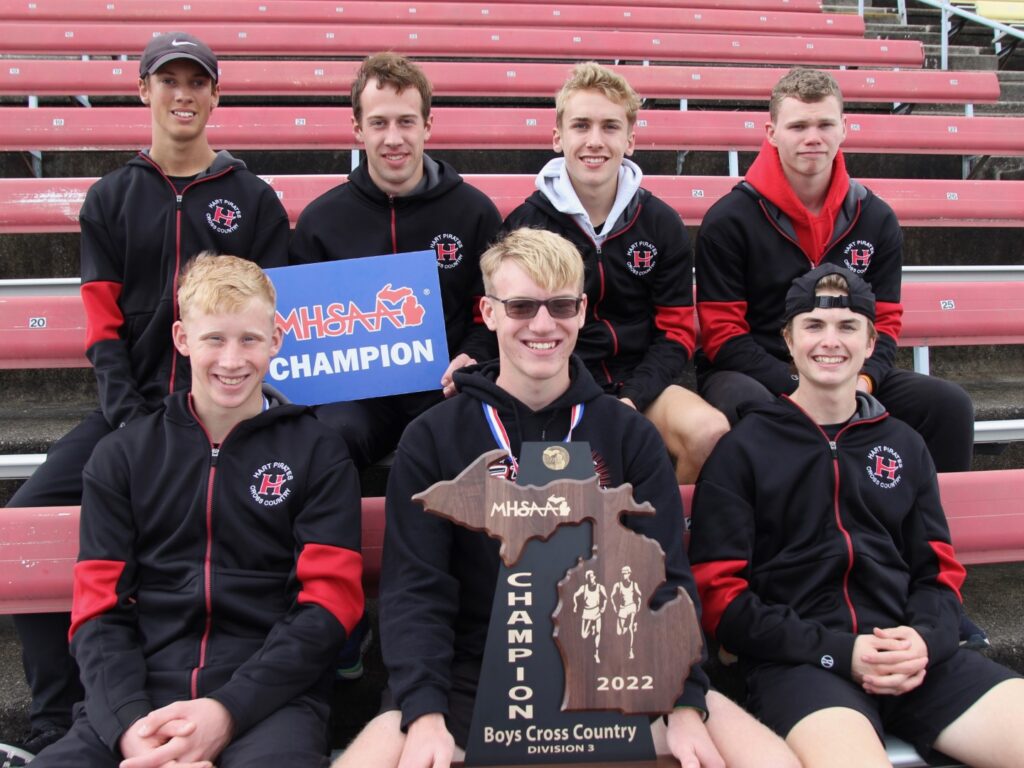 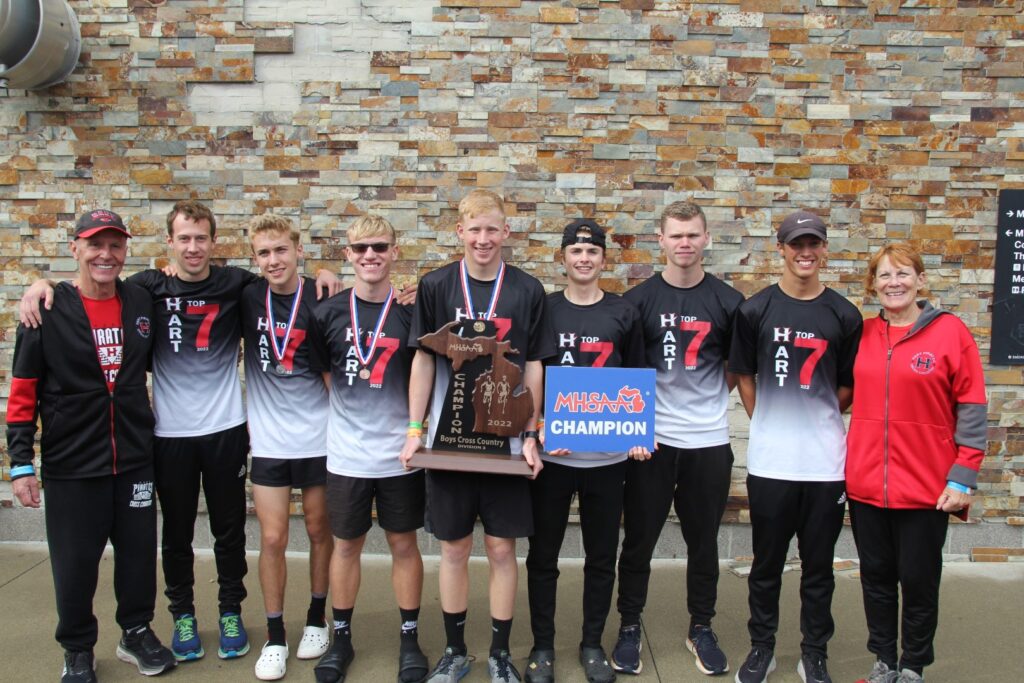 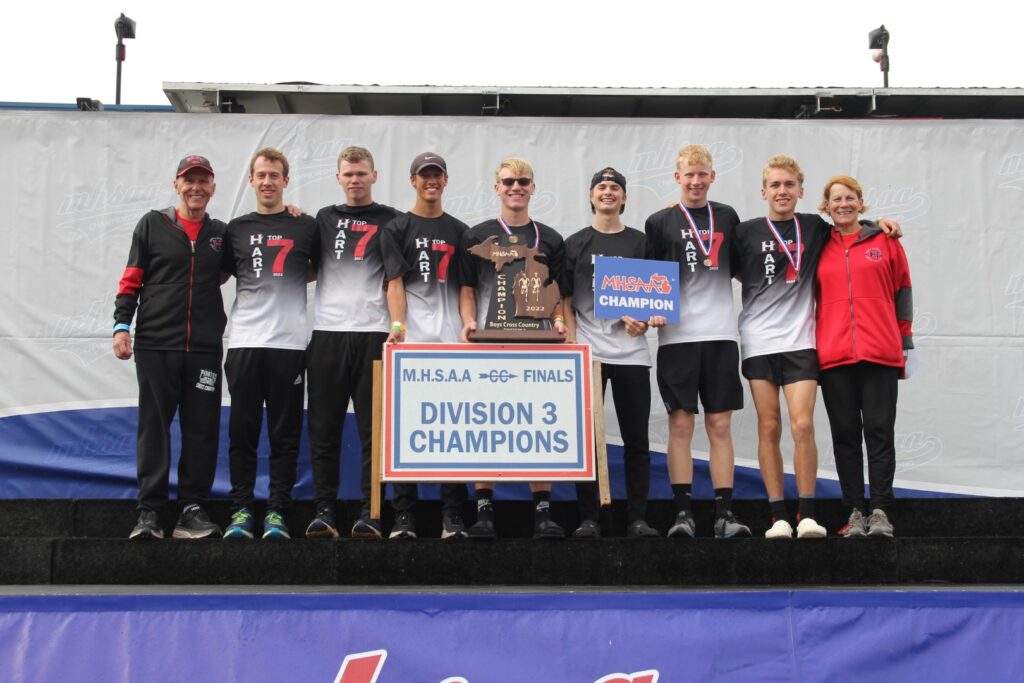 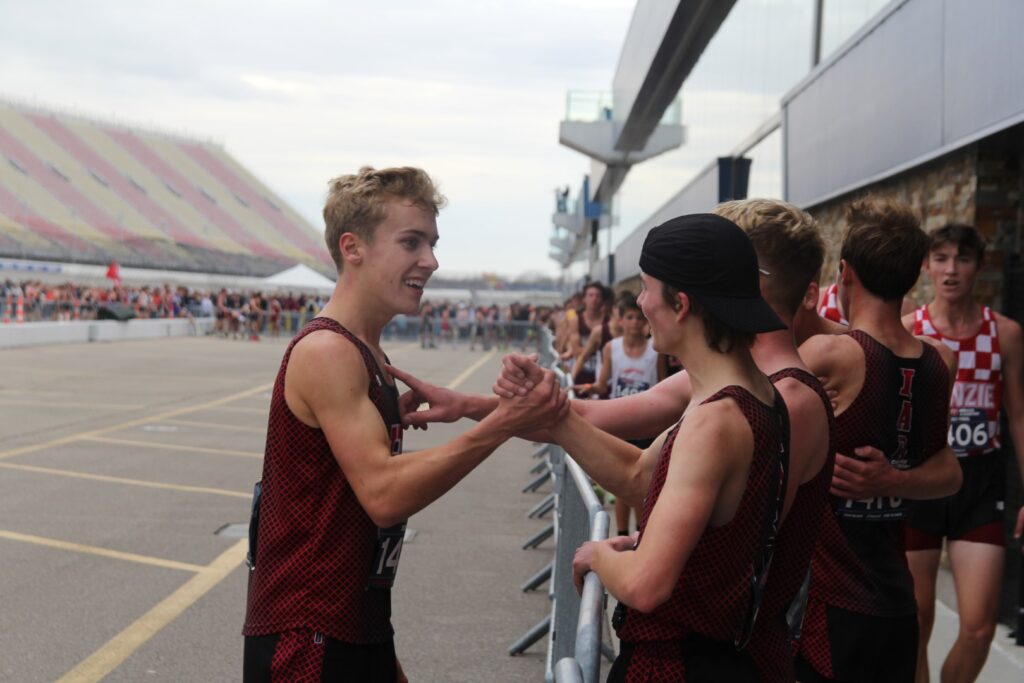 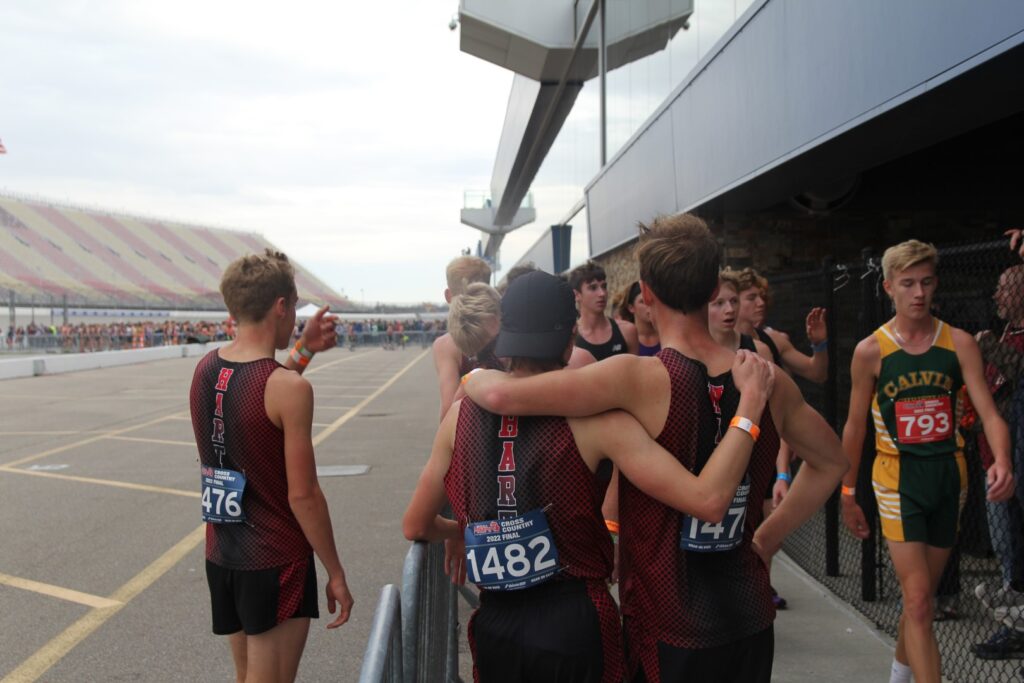 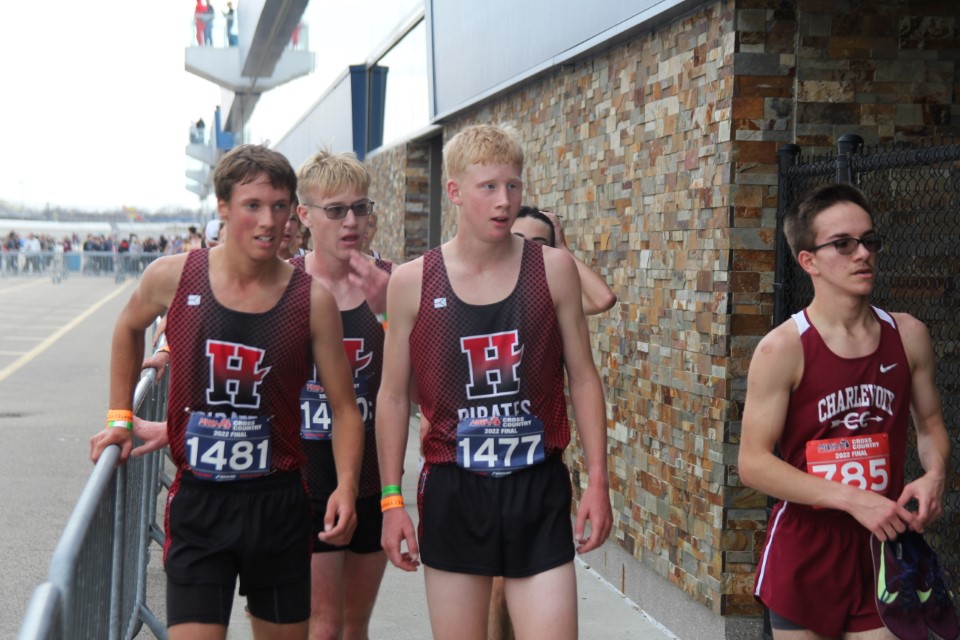 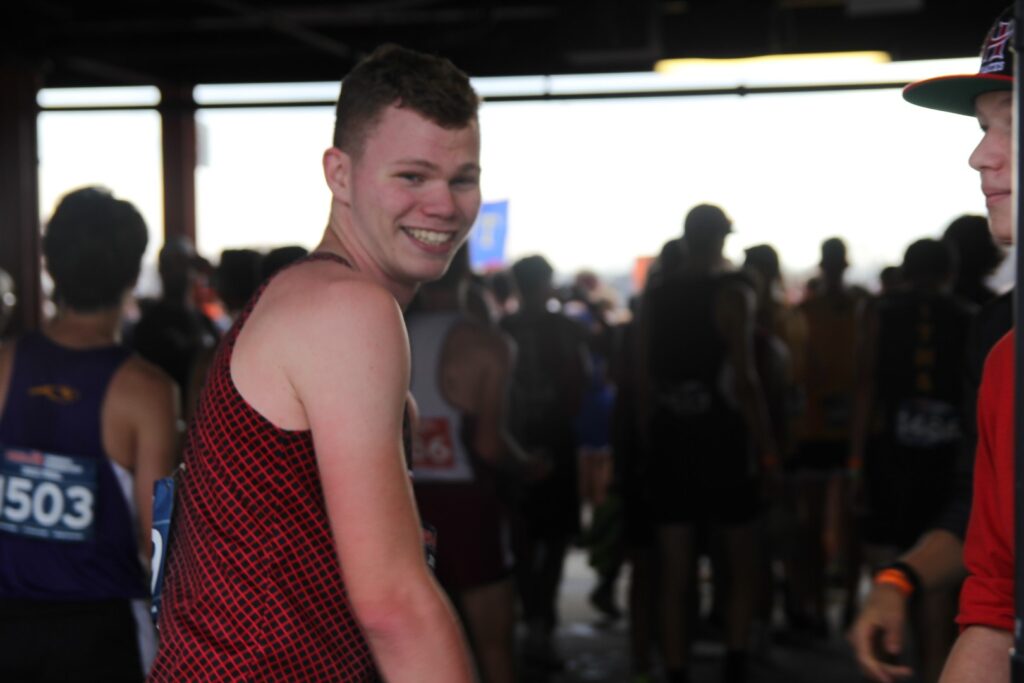 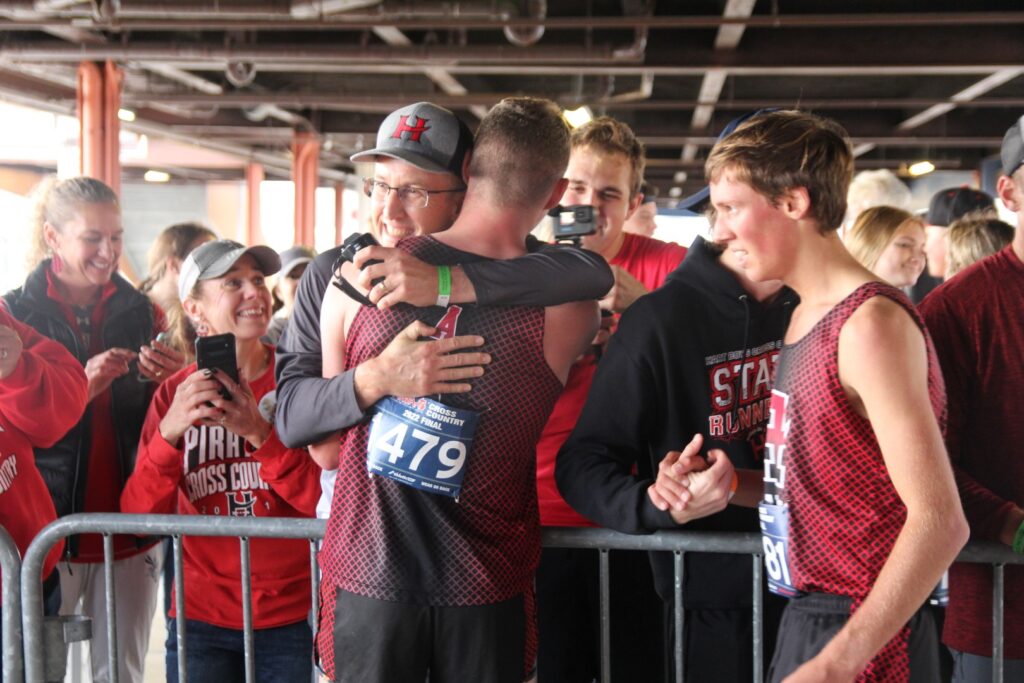 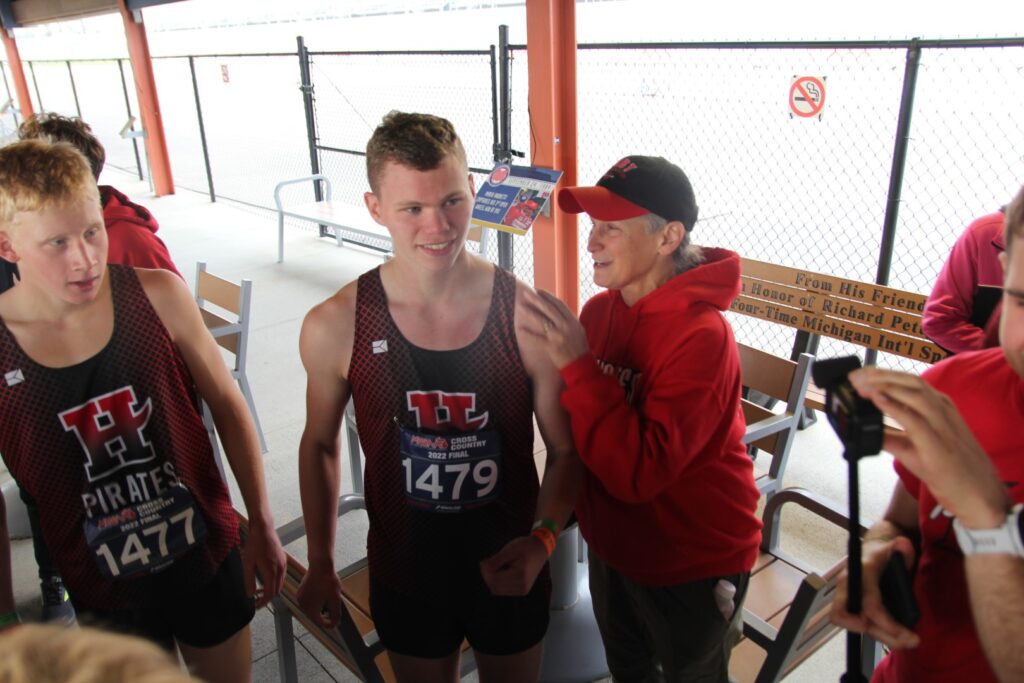 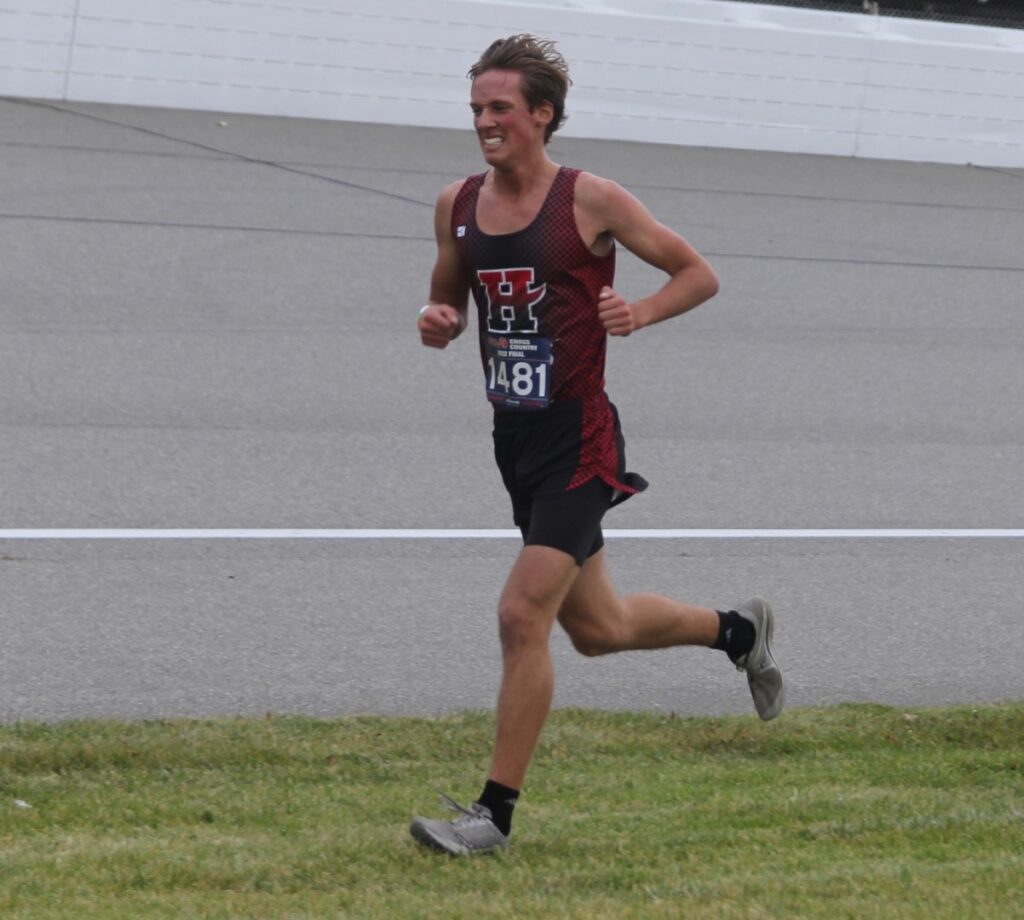 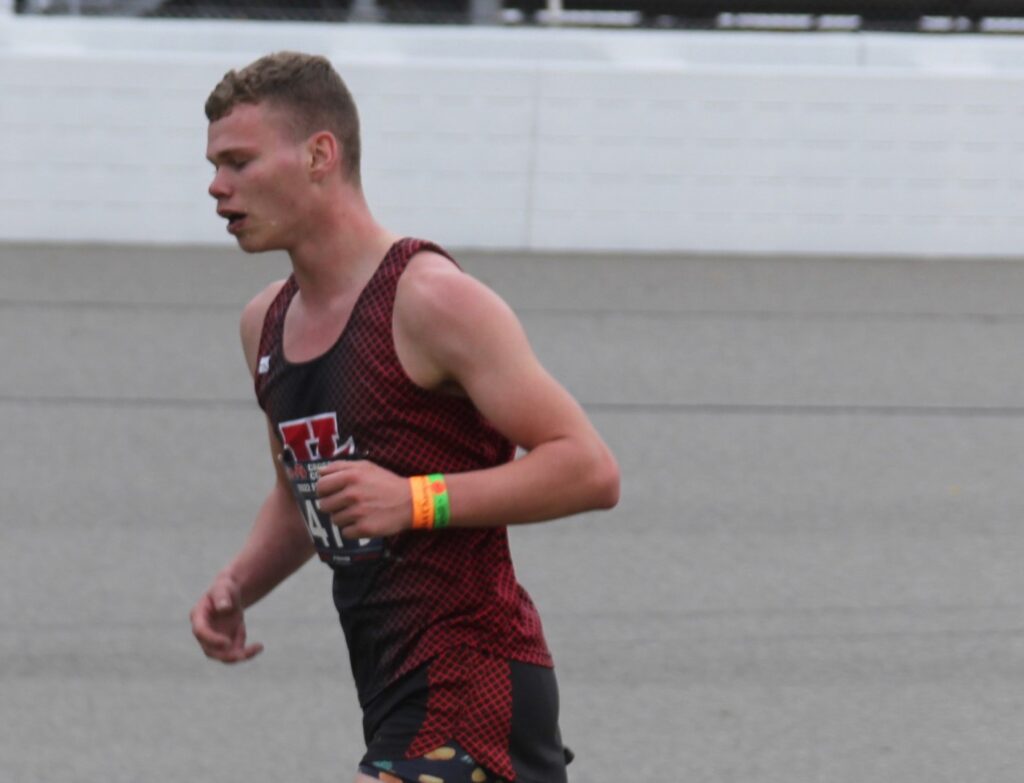 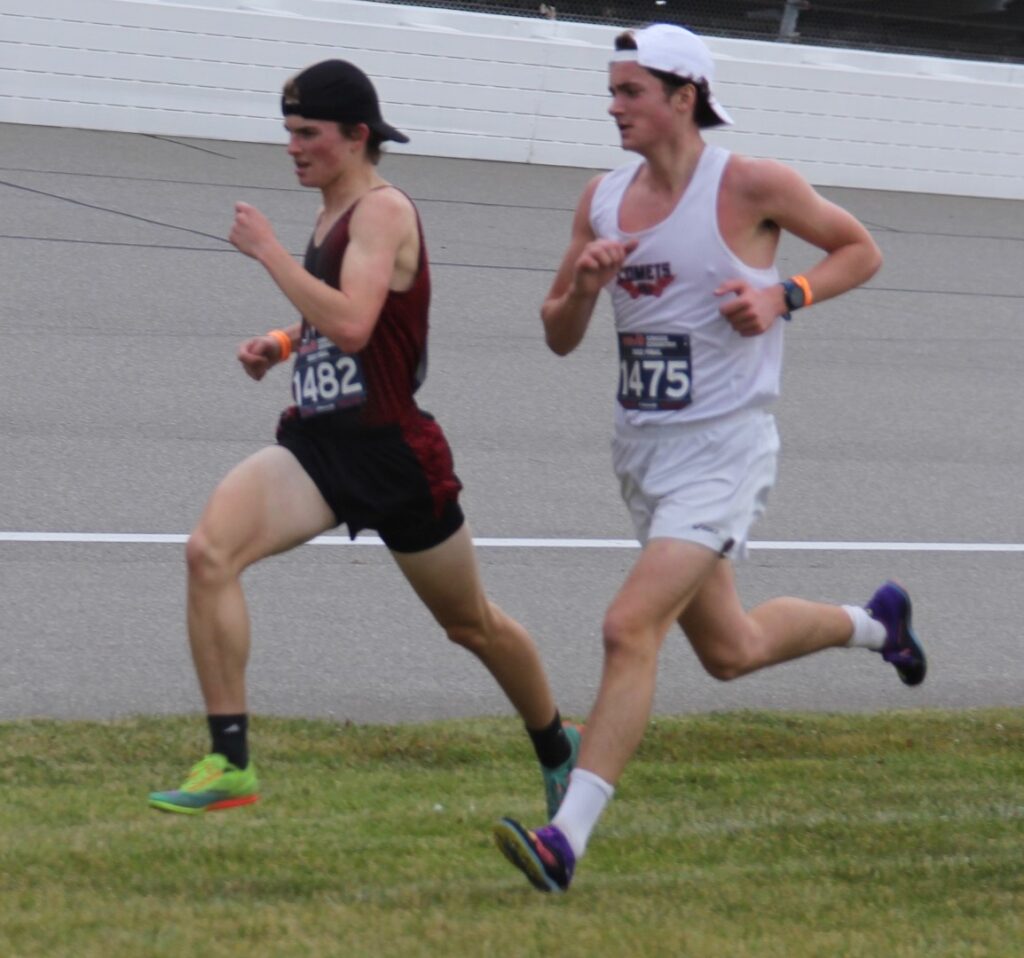 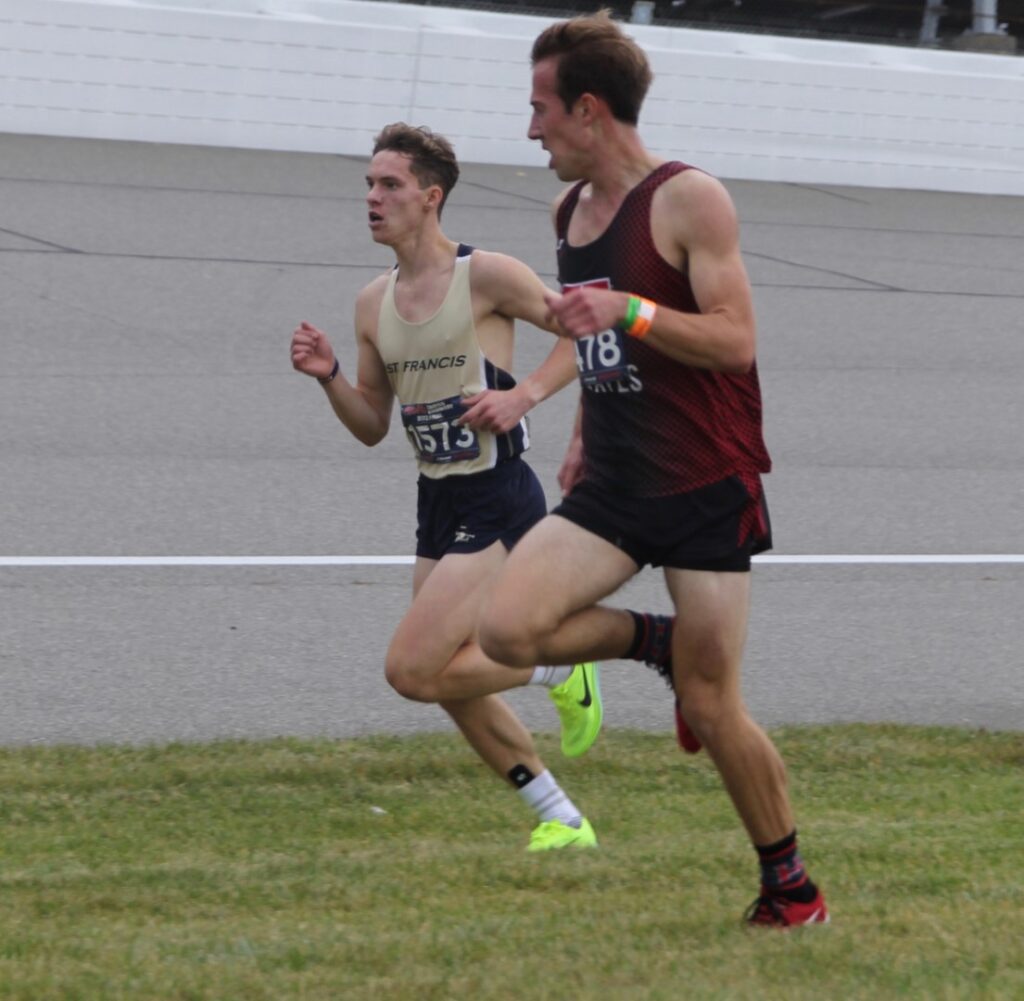 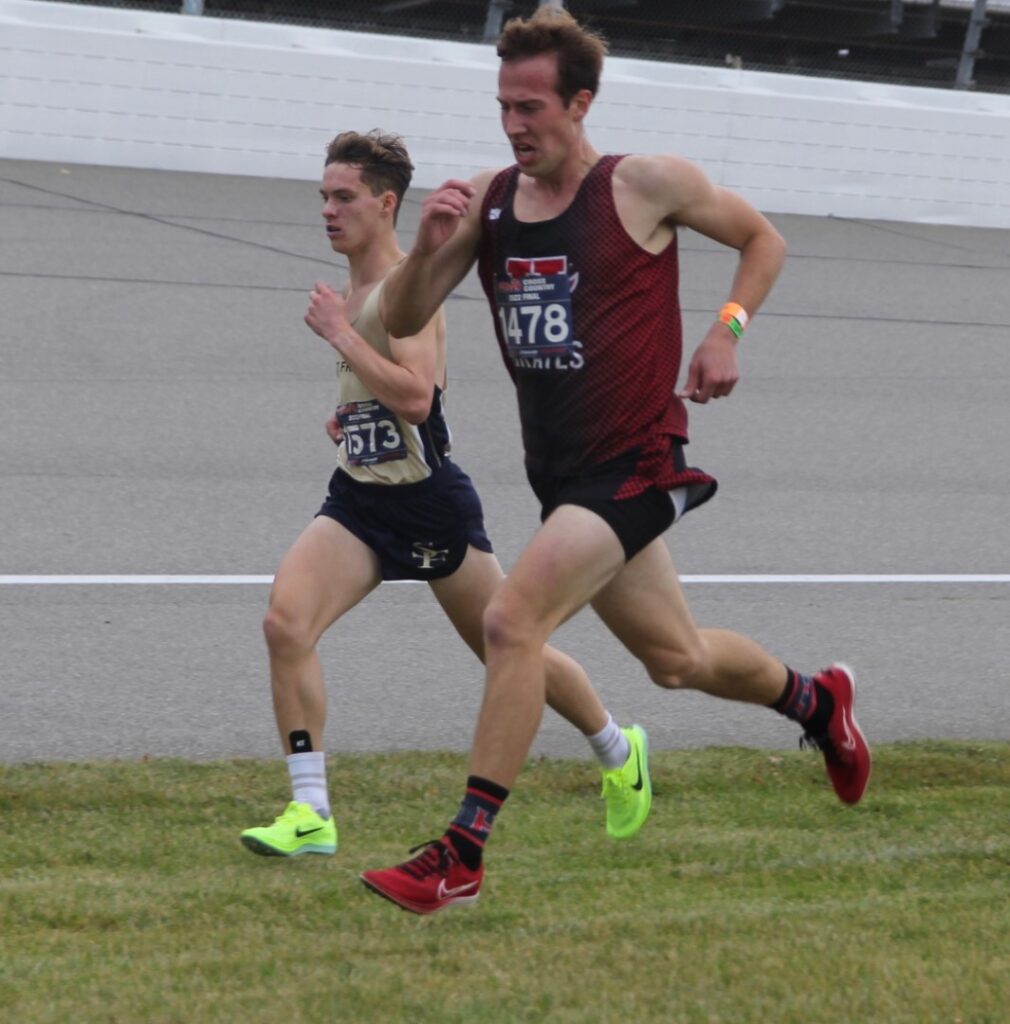 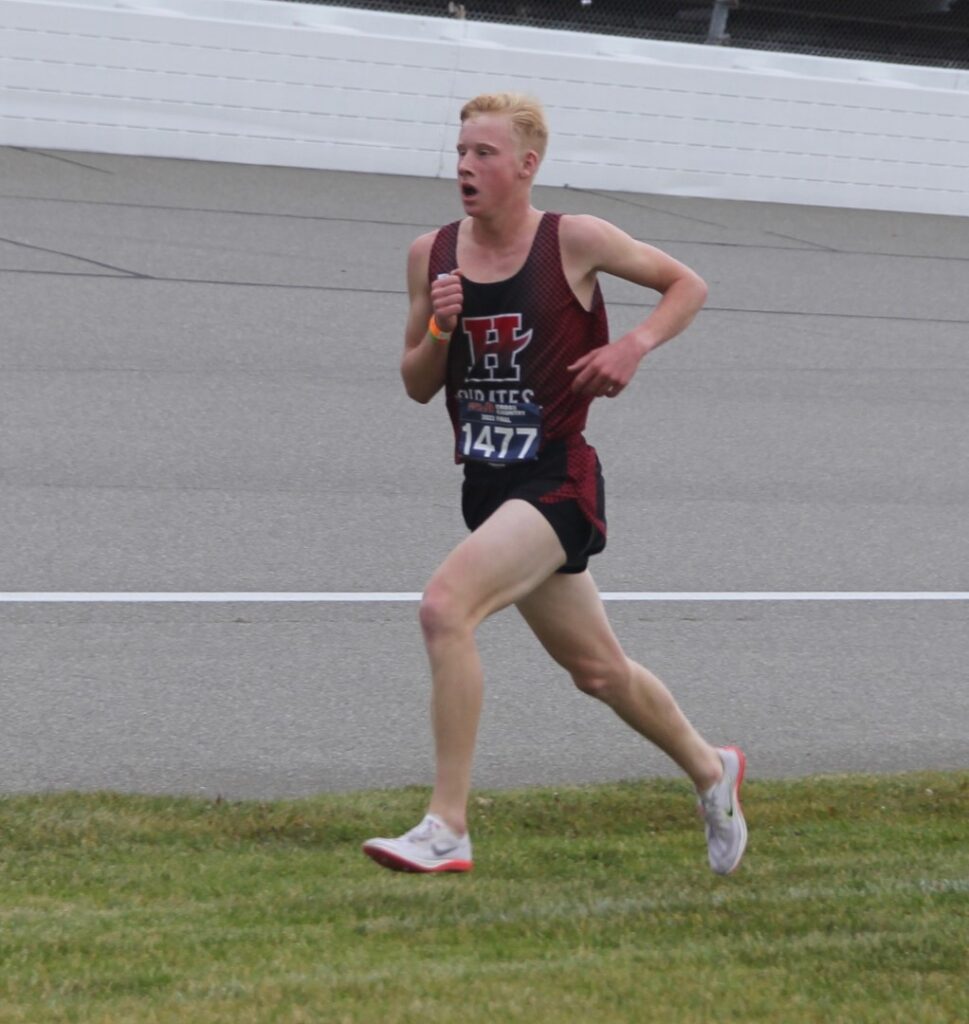 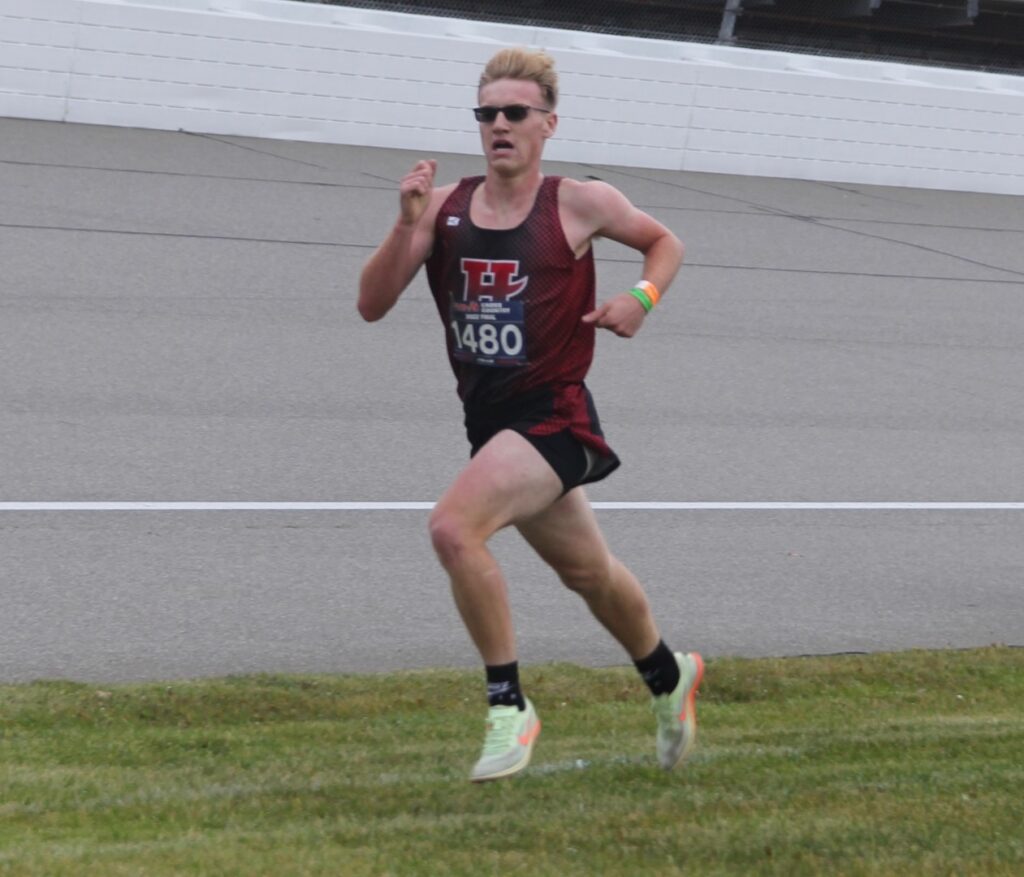 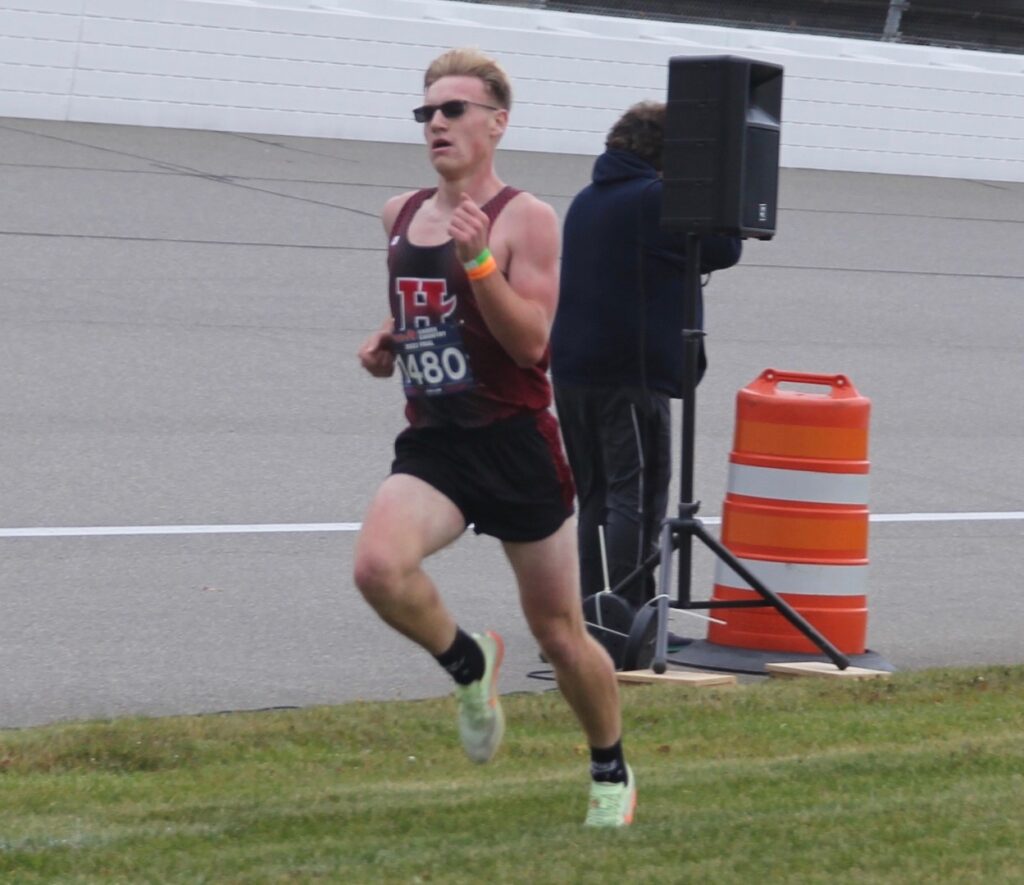 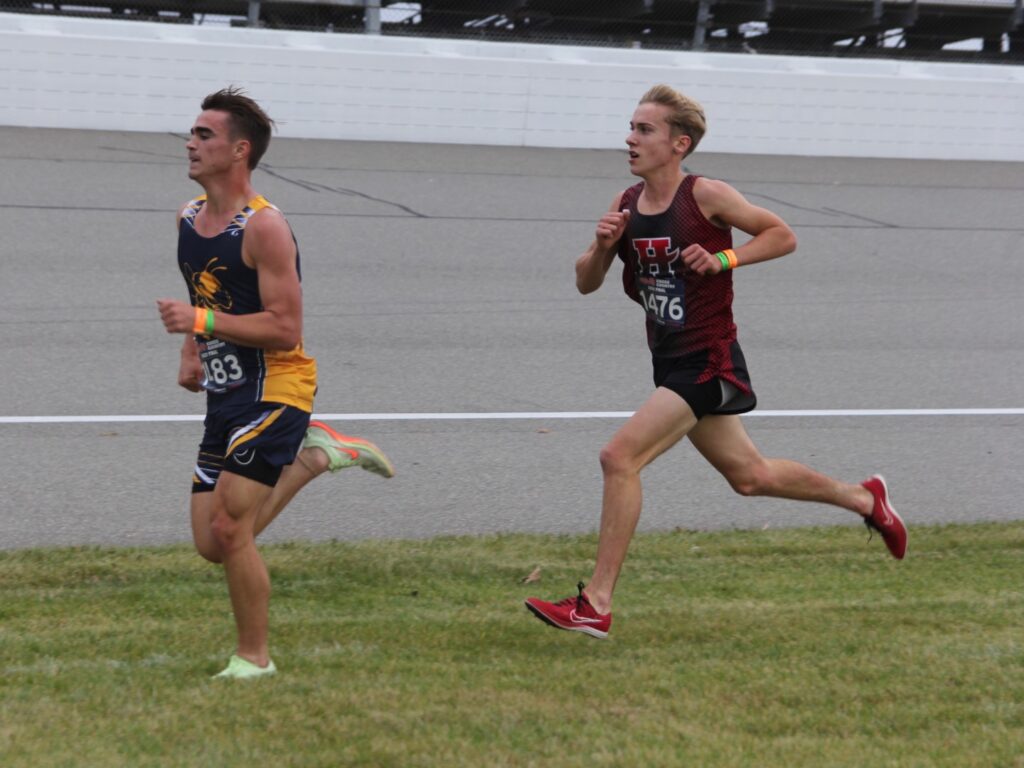 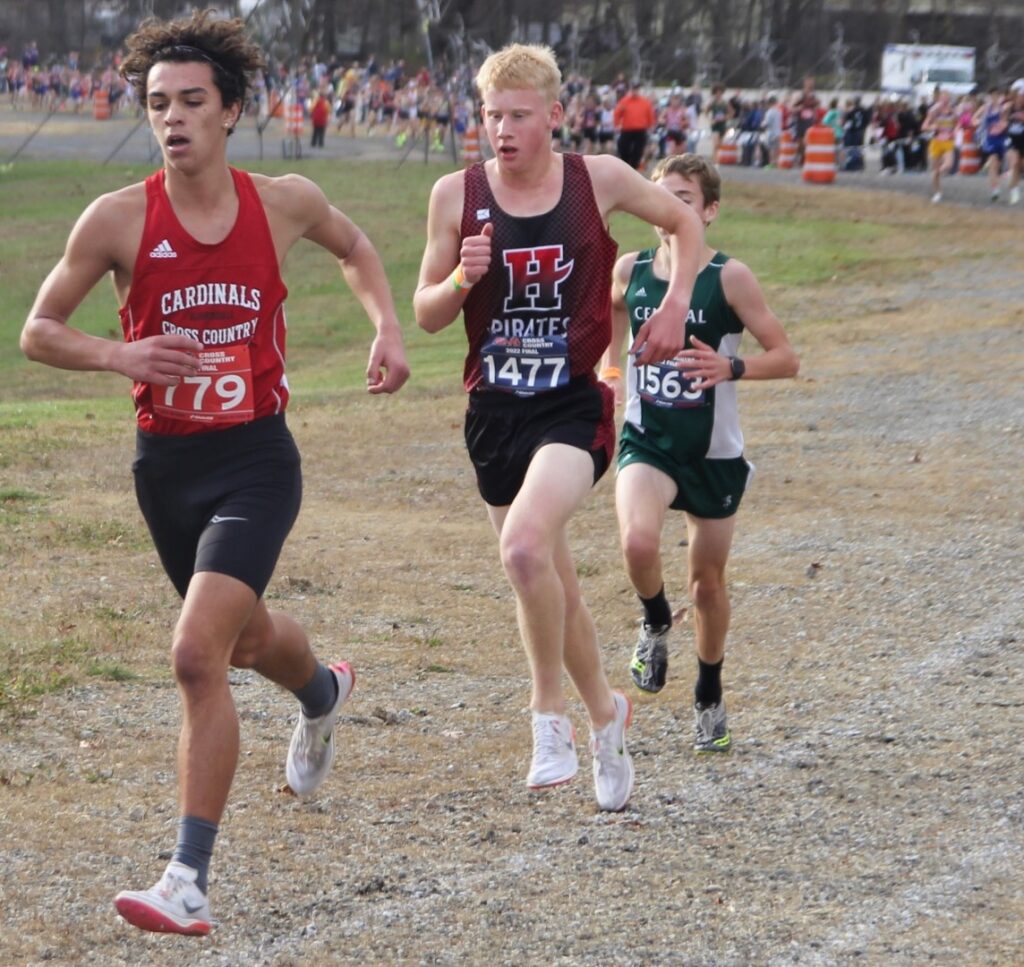 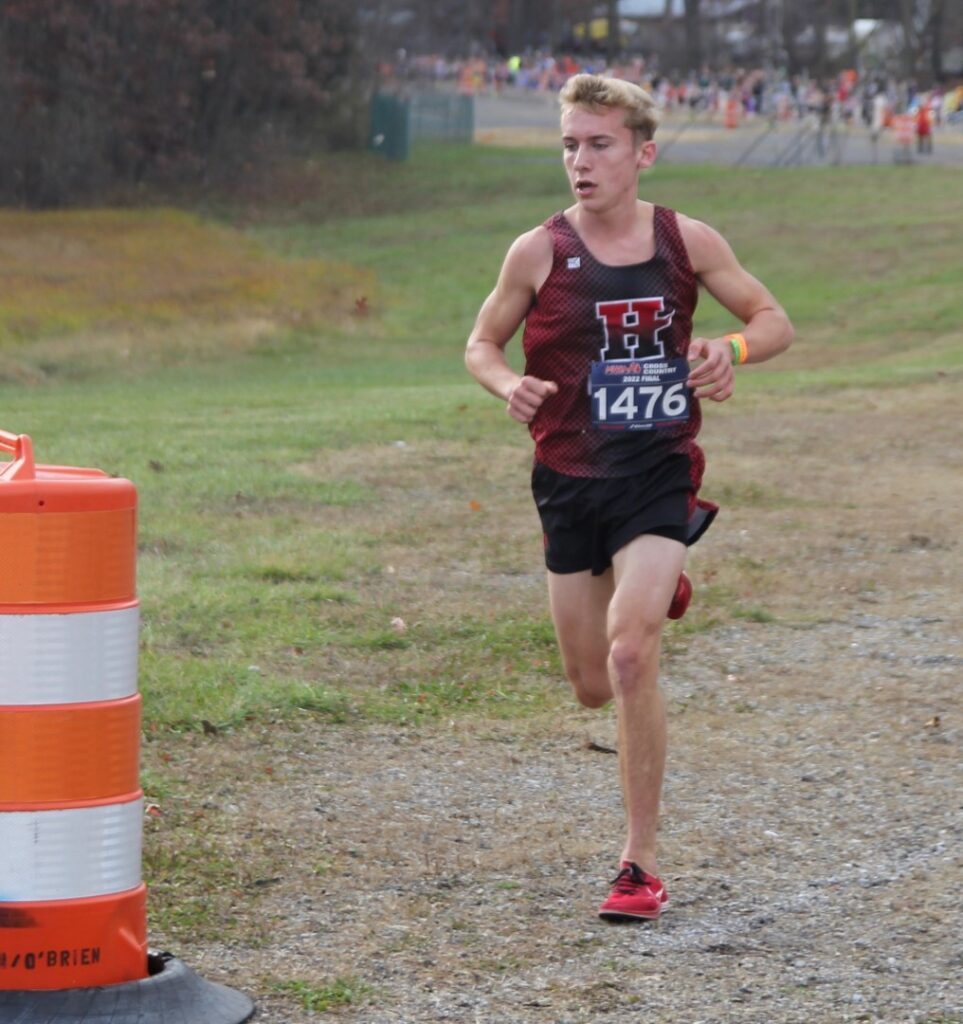 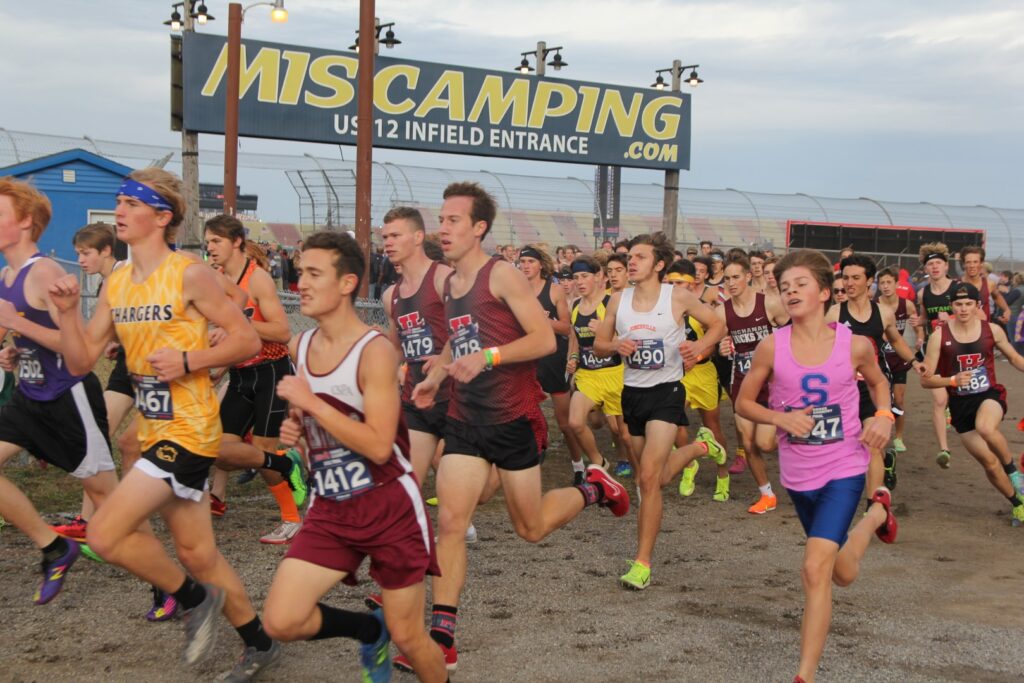 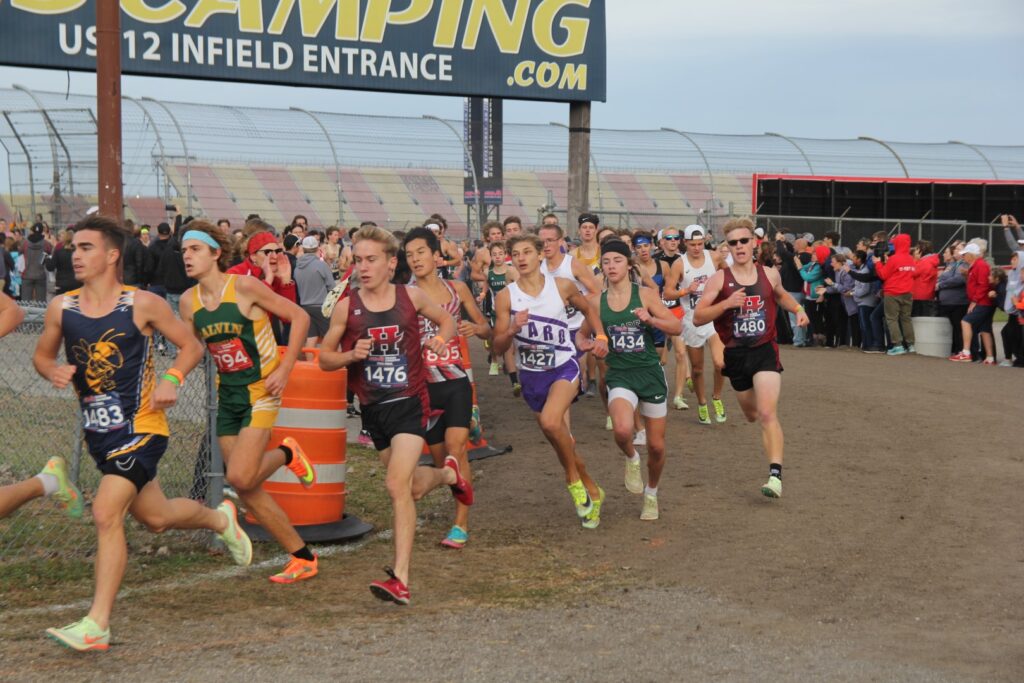 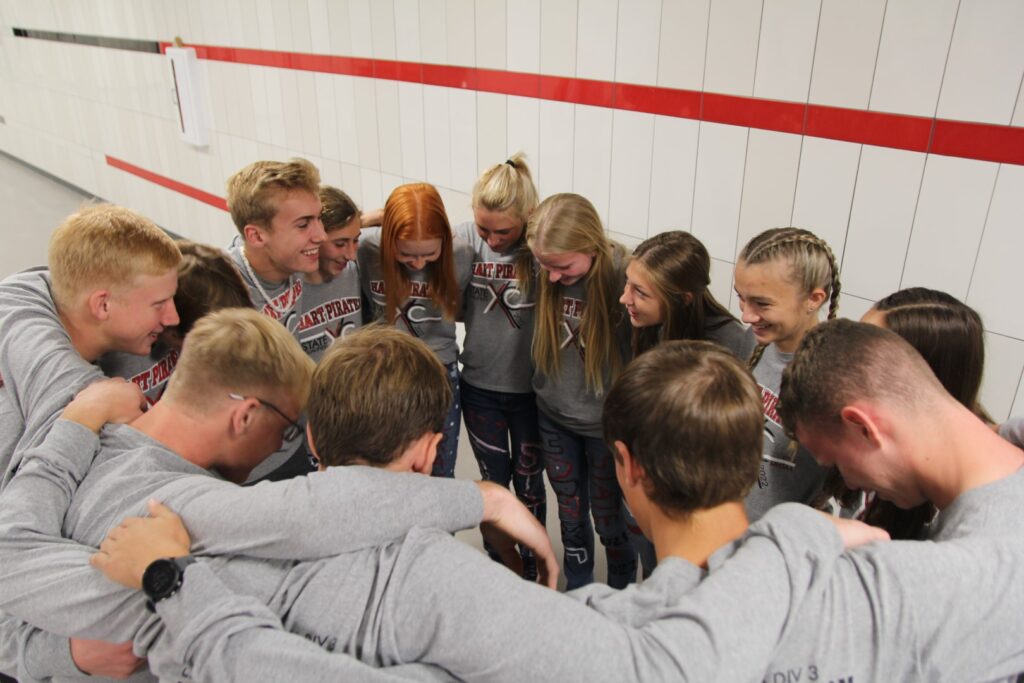 The Pirates girls were unable to capture a sixth-straight Division 3 state title. But this time, the boys were able to have their moment in the sun. Well, maybe it was in the rain and gale-force winds, but the Pirates are certainly not going to be picky.

Hart became the first boys team for any sport in school history to capture a state championship. The Pirates leaned on their superior depth once again and seized the Division 3 state title. They totaled 116 points to finish ahead of runner-up Traverse City St. Francis (147) and St. Louis (161), which had won the last two D-3 state titles.

“The team this year, it was really awesome. Six of the top seven were seniors, so I’ve been running with these guys since like seventh grade,” said Hart senior Clayton Ackley, who edged Ithaca’s Parks Allen for second place individually with a time of 15:52.14.

Benzie Central senior phenom Hunter Jones ran away with the individual title, finishing in an eye-popping 14:46.50 despite the challenging conditions.

Hart finished fifth as a team at the state finals three years ago and second each of the last two seasons. The Pirates have been eyeing this moment for quite some times.

“We all have a great relationship with each other and we were really, really motivated this year coming in second two years in a row,” Ackley said. “We were always positive, I feel like. Our team was really positive and worked hard in the workouts.

“It’s really special after working hard for like seven or eight years together to be able to finally accomplish something big in a sport. Being the first-ever state title for our school on the guys side, that’s really special with the group of guys that worked hard for it.”

Depth, experience and team chemistry have been crucial this season for Hart. The Pirates’ top six runners Saturday are seniors.

“Our first three with Clayton, Wyatt and Seth, they’re pretty constant 1-2-3, but 4-5-6 and even 7, it was a roll of the dice who was going to step up in every race,” Hart coach Terry Tatro said. “The order was not always the same from week to week. If somebody was off a little bit, somebody can step in and pull the team up. Today was no exception to that.”

Hart’s girls team fell a little short of a record sixth-straight state championship, settling for fourth place. It was still a special day for the Pirates, however, as sophomore Jessica Jazwinski ran away with the individual state title.

Collectively, between Hart’s boys and girls team and all of their runners, it was another banner year.

Tatro said his boys runners were “just beyond overjoyed.” Winning the state championship was their focus all season.

“It’s probably one of the tightest groups of boys that I’ve ever had, especially with guys – guys caring for each other,” Tatro said. “Guys have no problem giving each other big hugs after races and stuff. If somebody had a bad race, man, the other guys were right there trying to pick them up. I mean, they were just a really tight group, all of them together. Without a doubt, it’s probably the best boys team in that aspect that I’ve ever had.”

Wind gusts made for a tough race at times, but as Ackley pointed out, at least the Pirates boys were able to avoid the rain unlike the girls race that followed.

Ackley had no complaints, however.

“We raced actually just before the rain, so that was convenient. The course was actually the best it’s ever been, I feel like,” he said. “The weather, it was quite windy – 42 mph wind gusts throughout the day.”

Ackley said he drafted Allen and he was able to edge him out at the finish line. Allen’s time was 15:52.17.

Nobody was catching Jones. At the state finals, nobody ever has. He captured his fourth straight state championship Saturday.

“It’s fun to watch him do so well. It is a little bit frustrating at the same time that he’s the same grade. I’ve raced with him since eighth grade. I remember my dad saying, he was like, ‘Oh, there’s your next future Olympian.’ That was funny.”