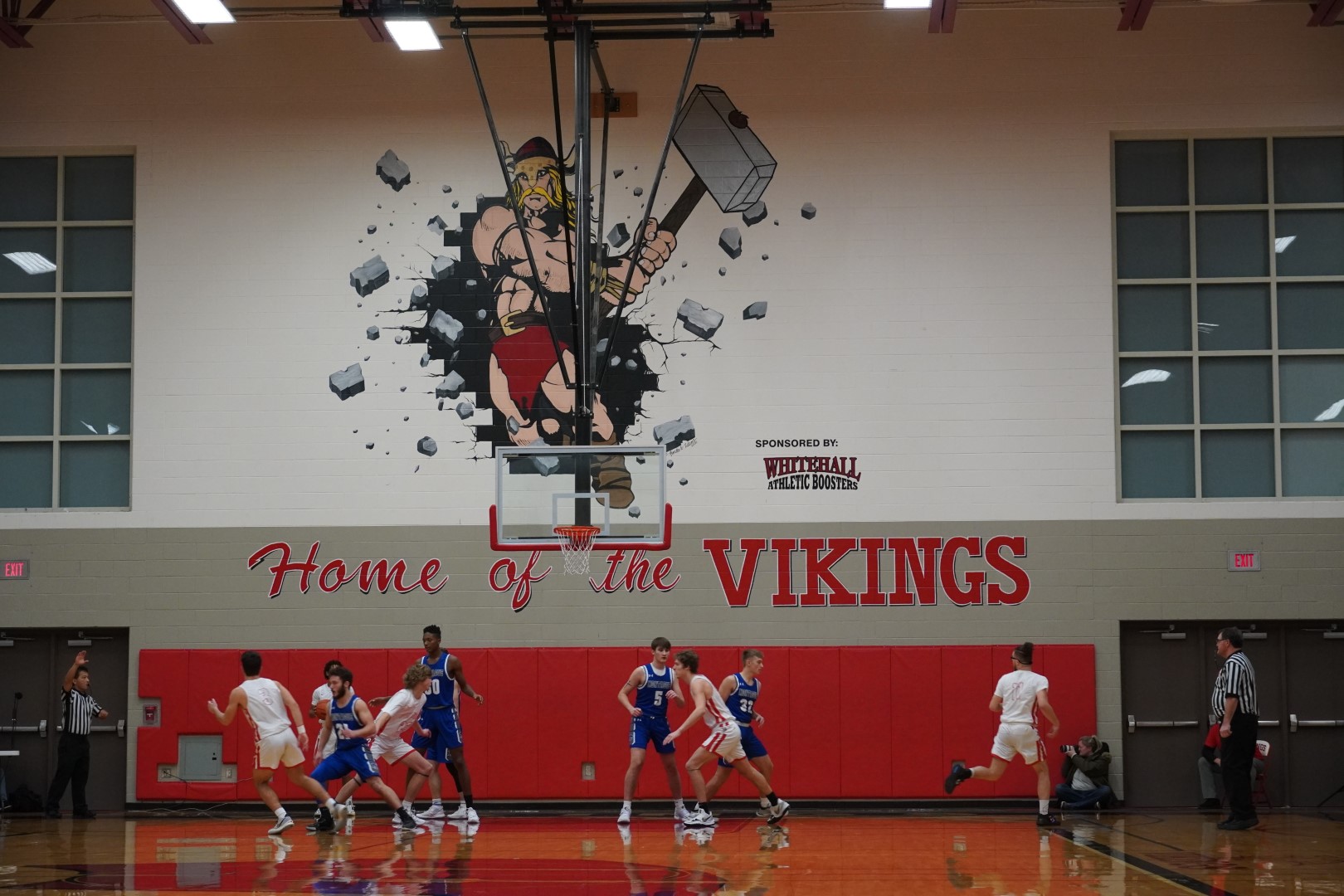 Last week was a big one for Whitehall’s boys basketball team.

The Vikings notched impressive road victories over fellow West Michigan Conference title contenders Ravenna and North Muskegon, including a 69-61 win over the host Norsemen Friday before a raucous crowd in the CatchMark SportsNet Game of the Week.

That leaves Whitehall tied with Ravenna atop the conference standings entering another big week. And, just like last week, the Vikings will be featured in the CatchMark Game of the Week. Whitehall (8-4 overall, 7-2 WMC) visits arch-rival Montague (8-4, 5-4) at 7 p.m. Thursday in this week’s biggest game in the conference.

The same night, Ravenna (8-4, 7-2) visits fellow contender North Muskegon (9-5, 6-3) in another contest that will could loom large in the title chase.

Whitehall and Montague are meeting for the second time this season. On Jan. 4, the Vikings beat the visiting Wildcats, 53-43. That was the first game of the season for standout Whitehall freshman Camden Thompson, who missed the first five contests of 2021-22 with an ankle injury.

Thompson has rounded into form nicely, erupting for 32 points and 18 rebounds in the Vikings’ win at North Muskegon last Friday.