Vikings are coming off an impressive 54-26 win over Hudsonville Unity Christian. 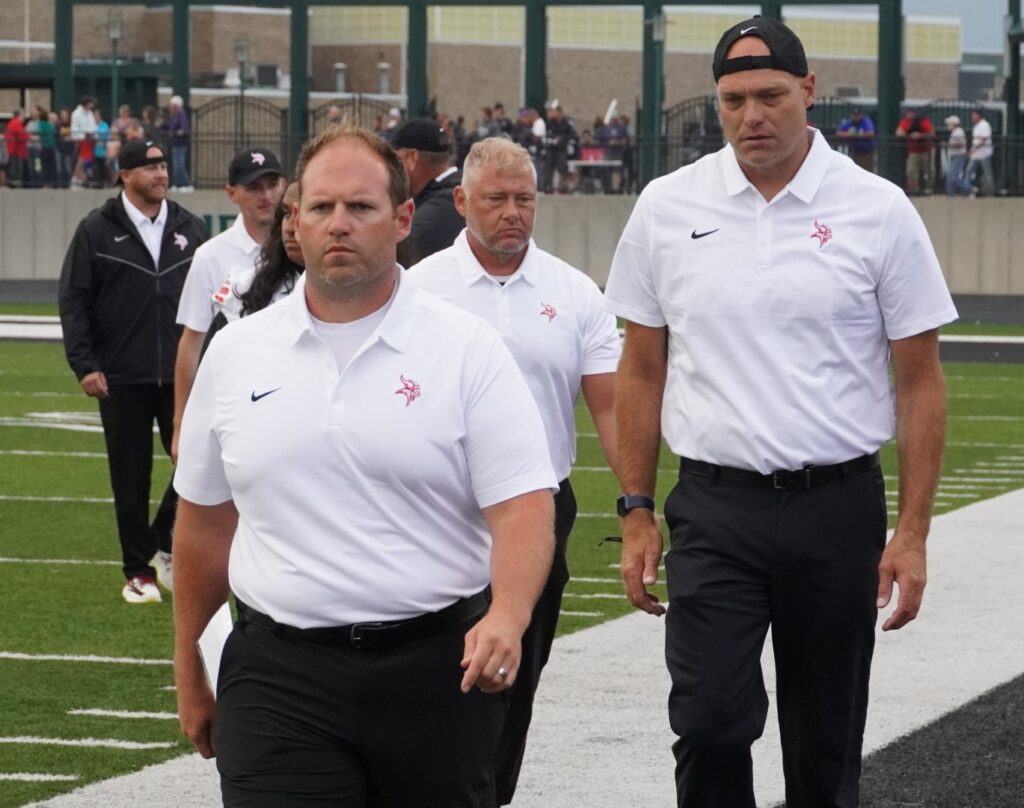 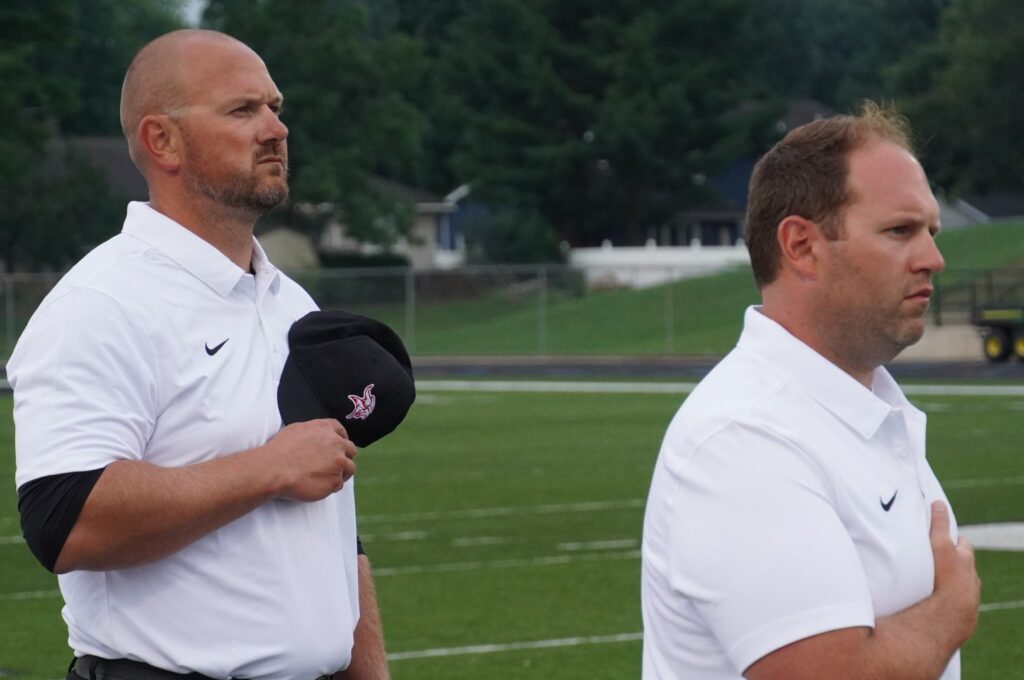 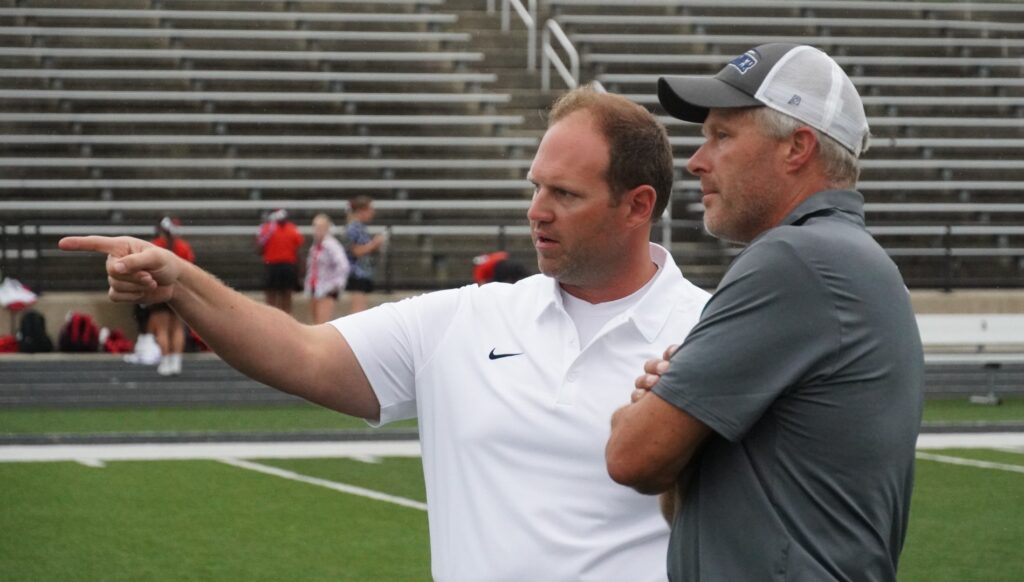 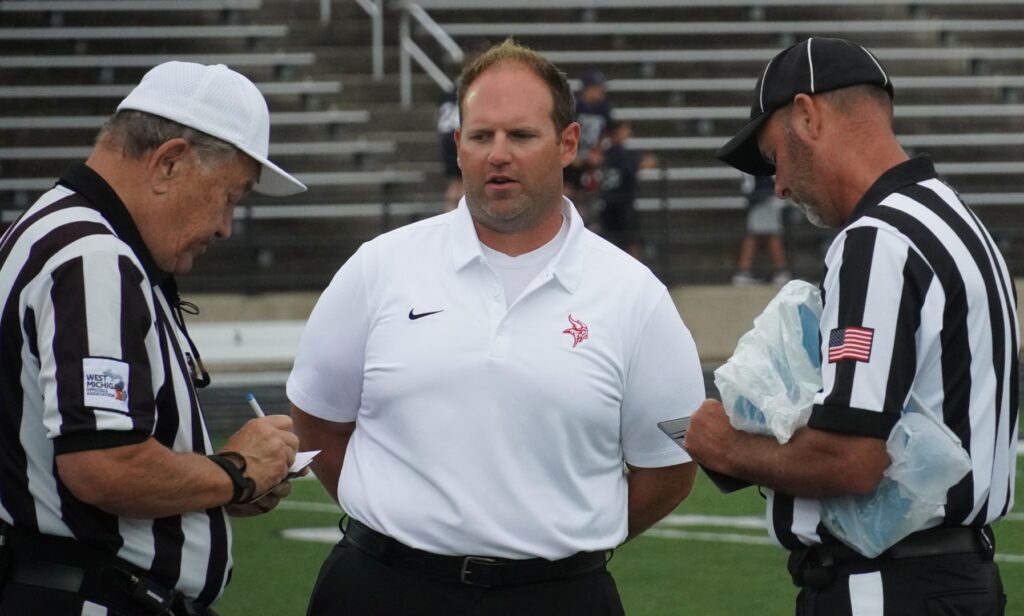 When asked during a postgame interview whether or not his Vikings had made a statement with the runaway win, Sigmon replied, “It’s Week 1. A statement’s 9-0. A statement is trophies in the trophy case.”

Whitehall has some work to do in order to reach those goals, but Sigmon and the program did add a notable accolade on Tuesday. Sigmon was announced as the Detroit Lions High School Football Coach of the Week for Week 1.

Sigmon learned of the honor during a Zoom call with Lions Football Education personnel Tuesday afternoon.

Sigmon is in his 10th season as Whitehall’s varsity football head coach. During that time, the Vikings have amassed a 55-37 overall record. Sigmon has guided the Vikings to the playoffs seven times.

Sigmon, 38, a DeWitt native who played football at Alma College, teaches art and physical education at Whitehall. He began his coaching career as a five-year assistant in Fort Myers, Fla.

Last season, Sigmon guided Whitehall to an 8-3 record and a share of the West Michigan Conference title along with Montague and Oakridge. It was the Vikings’ first league championship since 1999.

Last week, Whitehall kicked off the 2022 season with an eye-opening victory over Unity Christian, last year’s Division 4 state runner-up. In a game played at Jenison’s McKenzie Stadium, the Vikings led the Crusaders 27-26 at halftime before they broke it open and pitched a shutout in the second half.

Prior to the loss to Whitehall, Unity Christian hadn’t dropped a regular-season game since Week 8 of the 2019 season.

Whitehall hits the road again this week, as the Vikings face another big challenge in a 7 p.m. Thursday game at Hastings.

The Lions High School Football Coach of the Week/Coach of the Year is in its 26th year. In total, it has awarded $479,000 to high school programs throughout the state.