Trever Jones rushes for a TD and catches a scoring pass as Eagles avenge last-second loss in 2021. 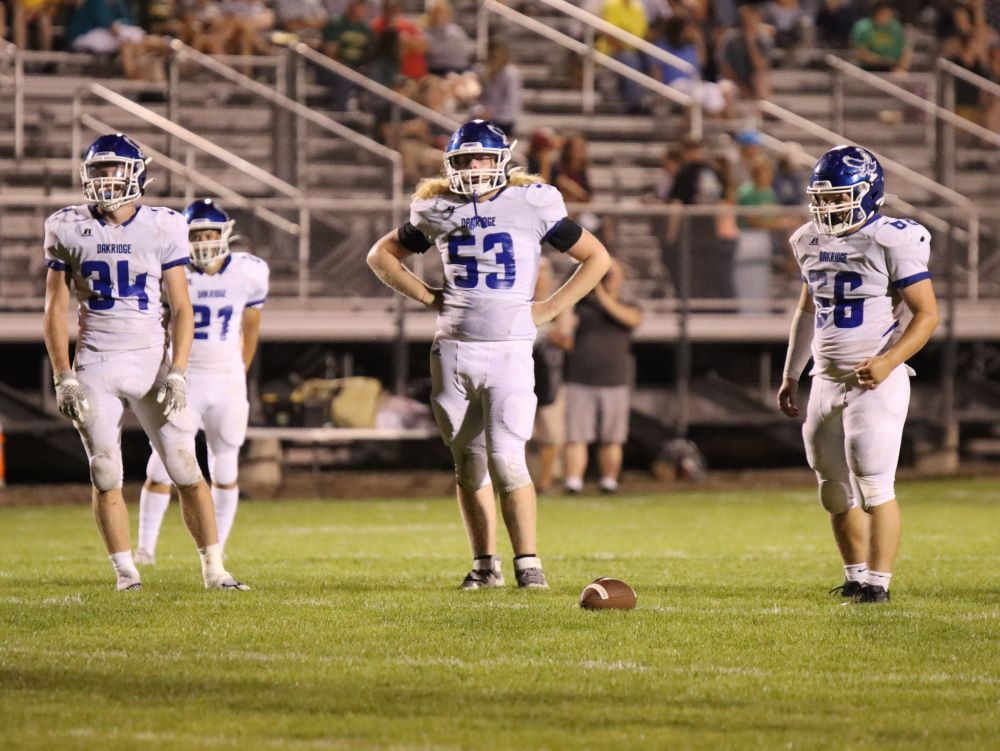 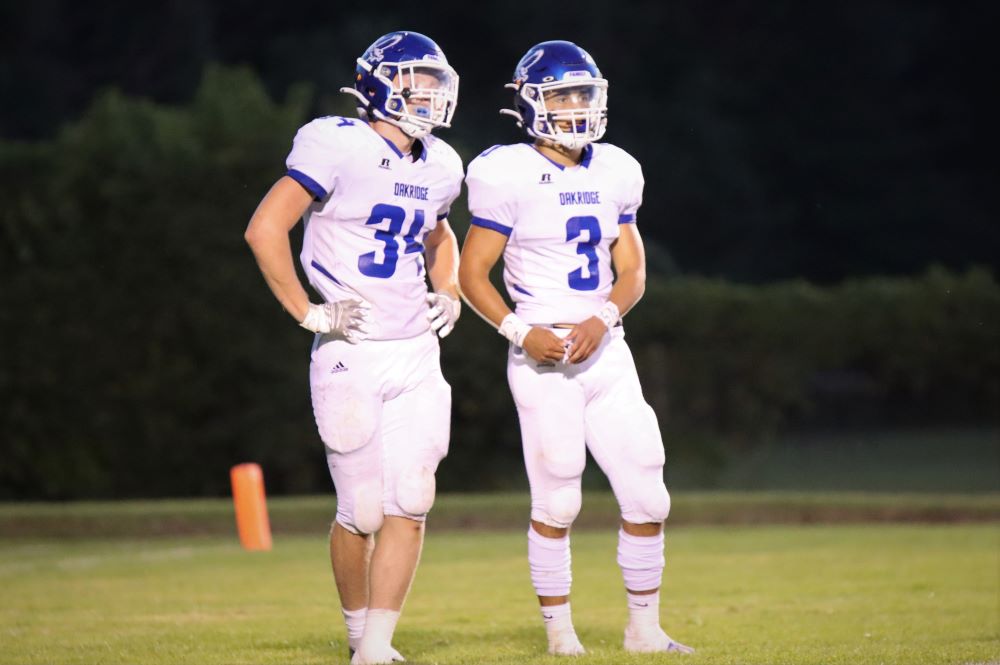 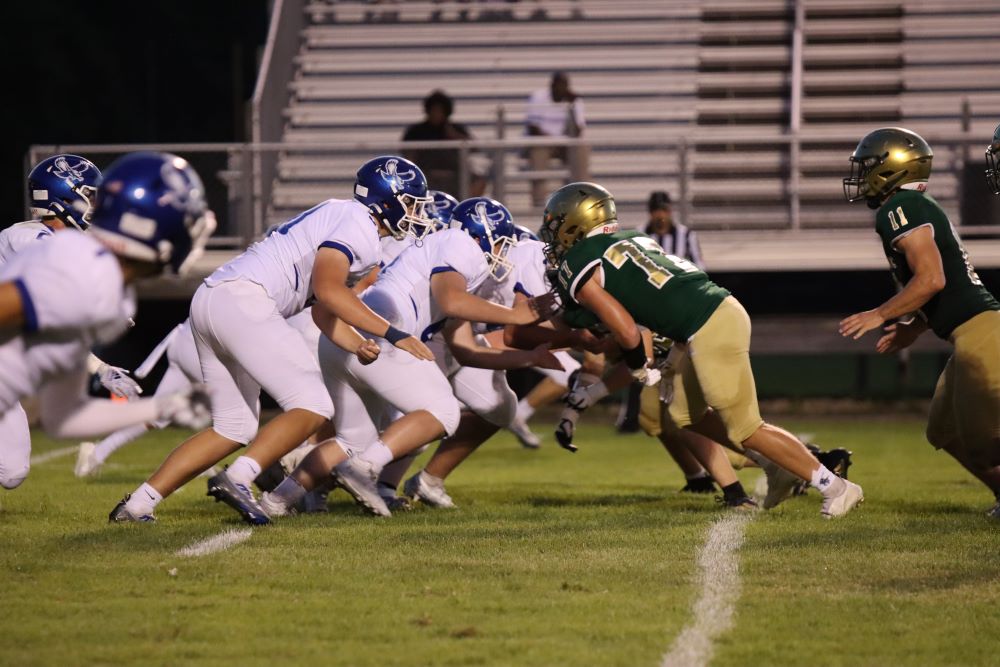 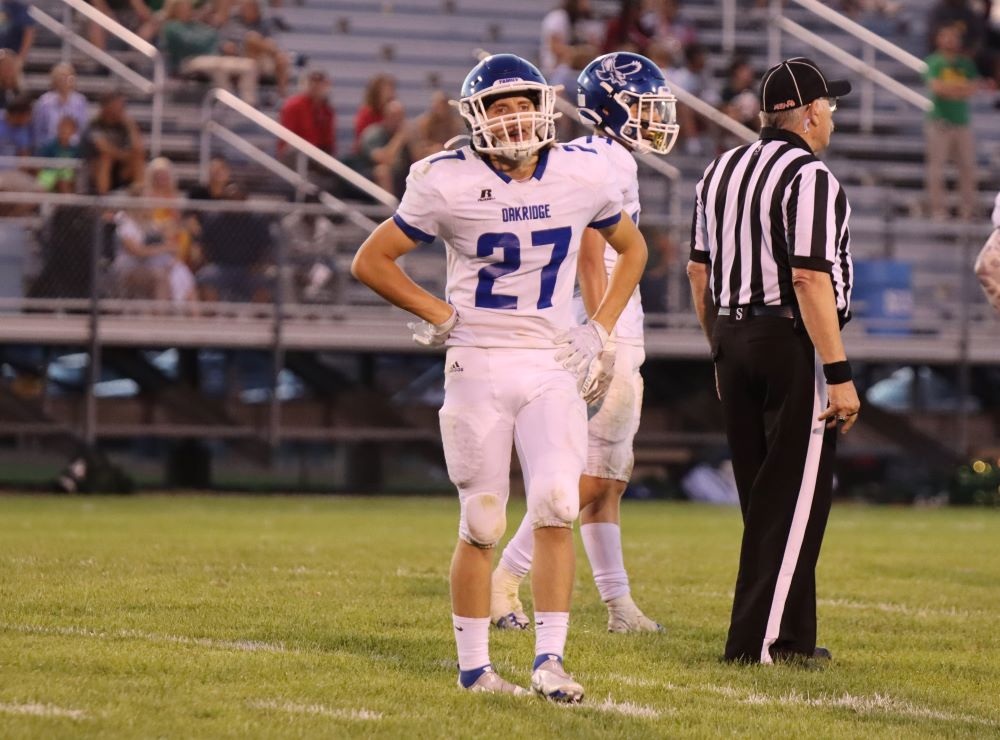 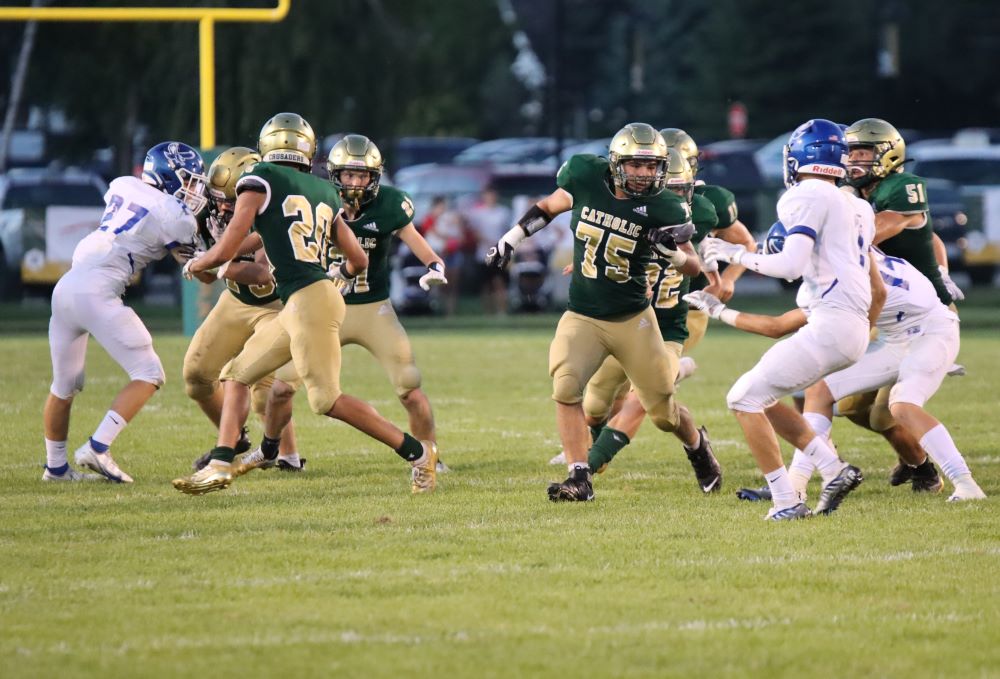 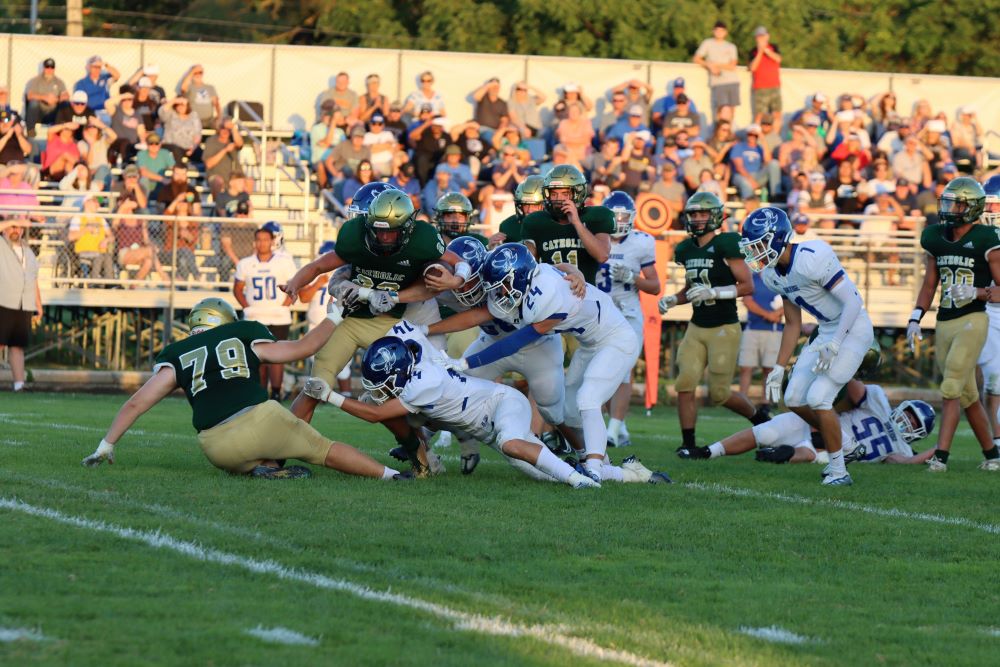 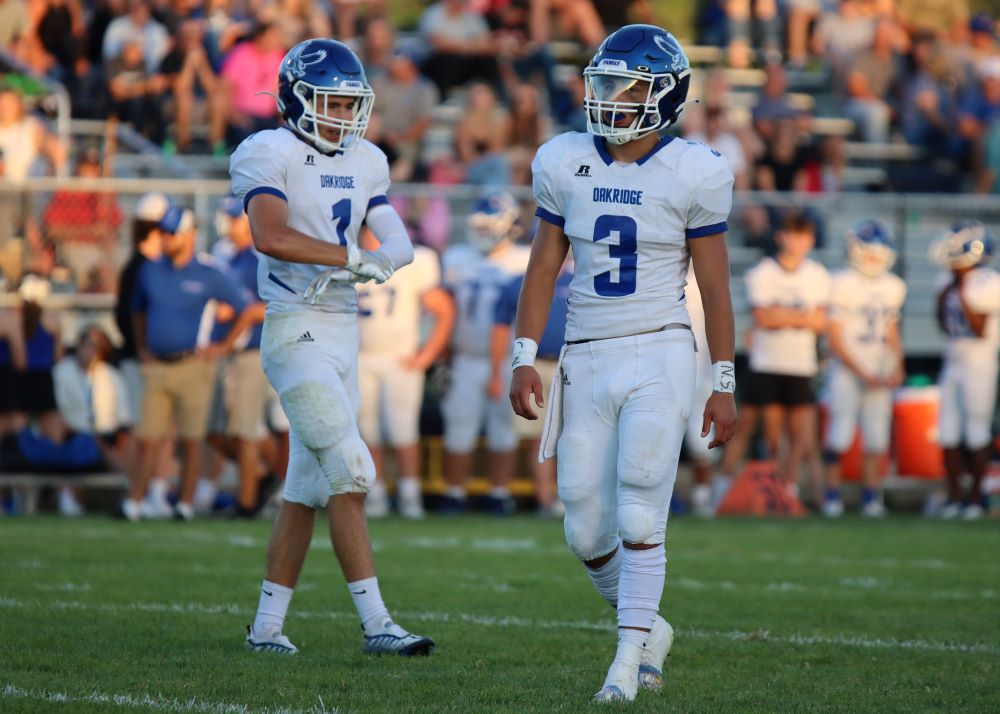 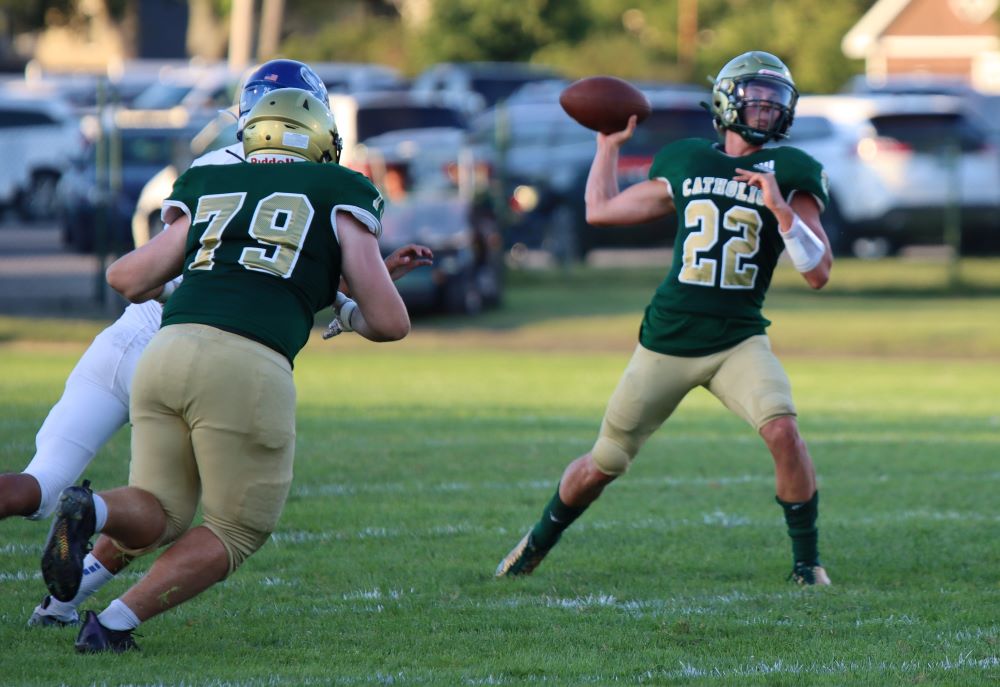 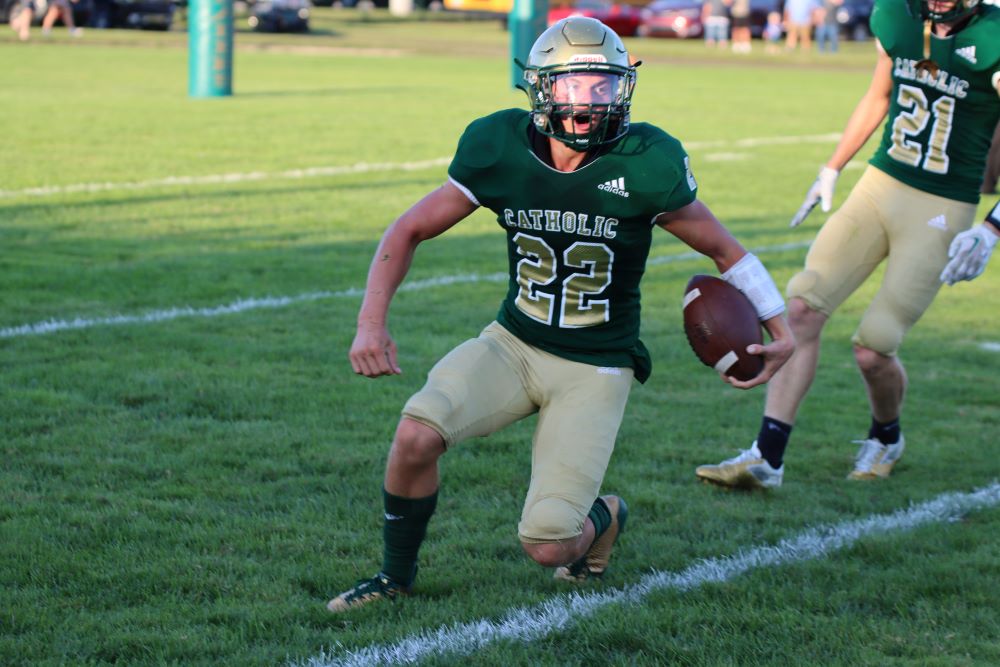 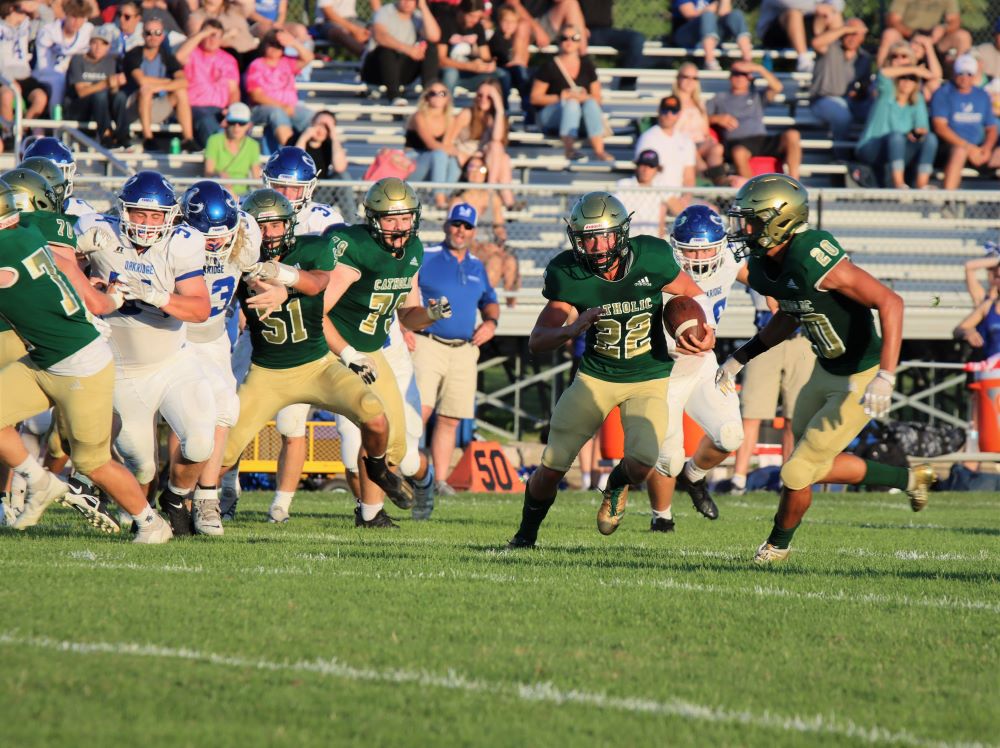 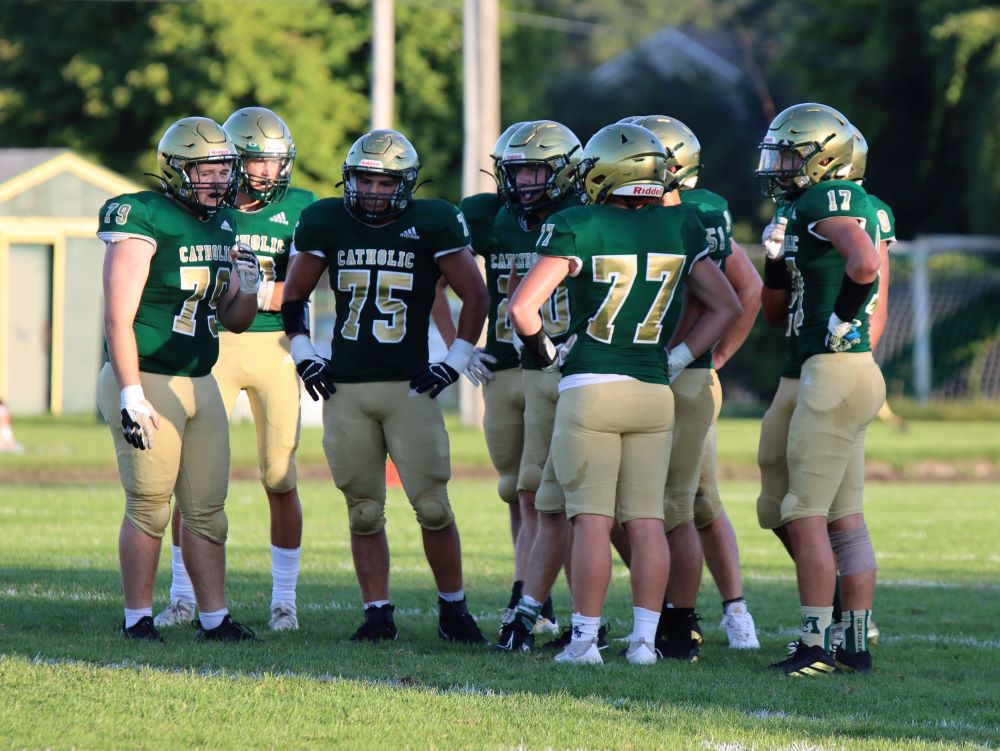 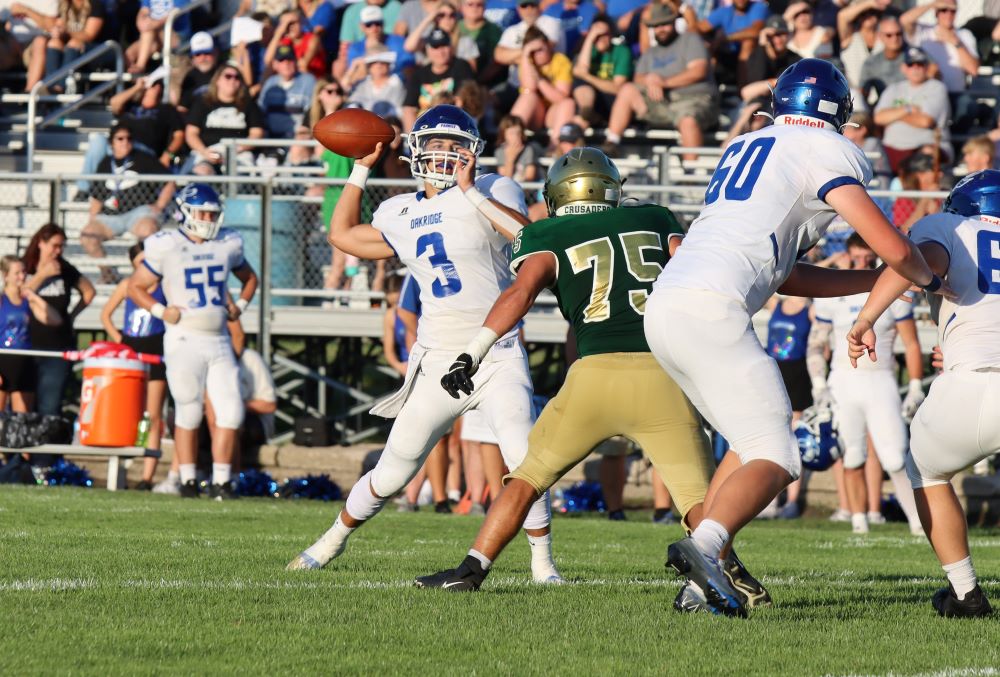 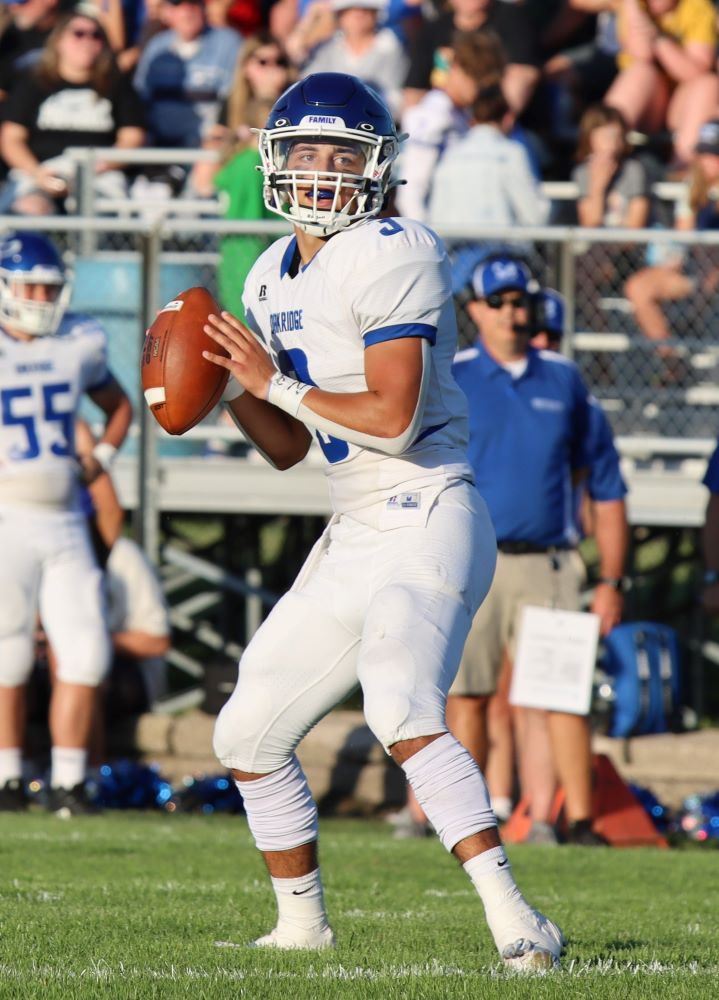 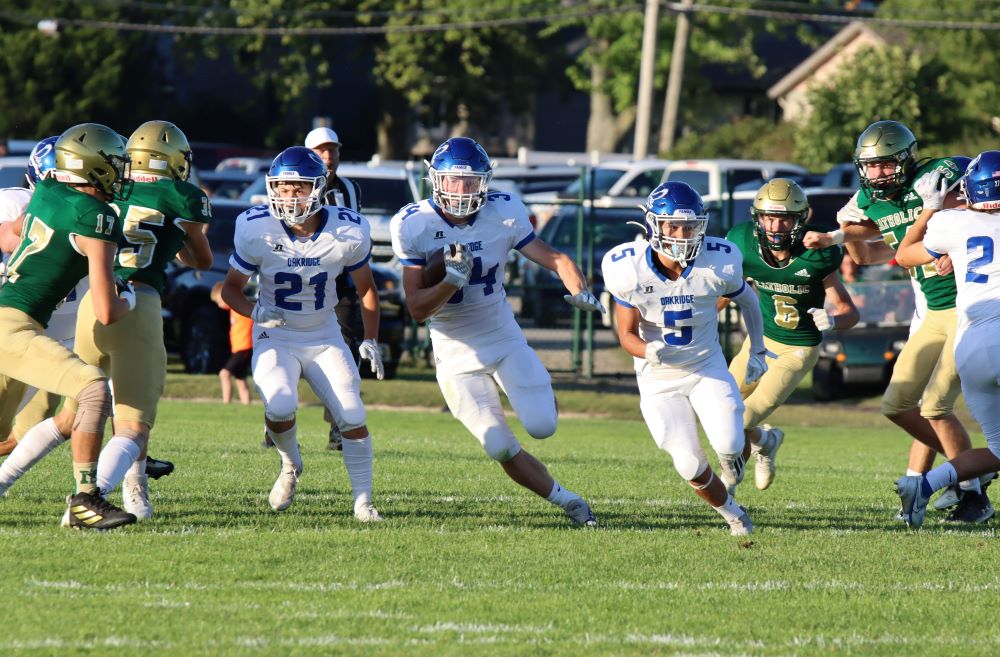 The Eagles avenged last season’s 30-28, last-second loss to the Crusaders.

The victory was the 100th for Oakridge head coach Cary Harger, who was inducted into the Michigan High School Football Coaches Association Hall of Fame in the summer.

Here are notables and more details from the nonconference game: