Take a trip around the league in Week 6. 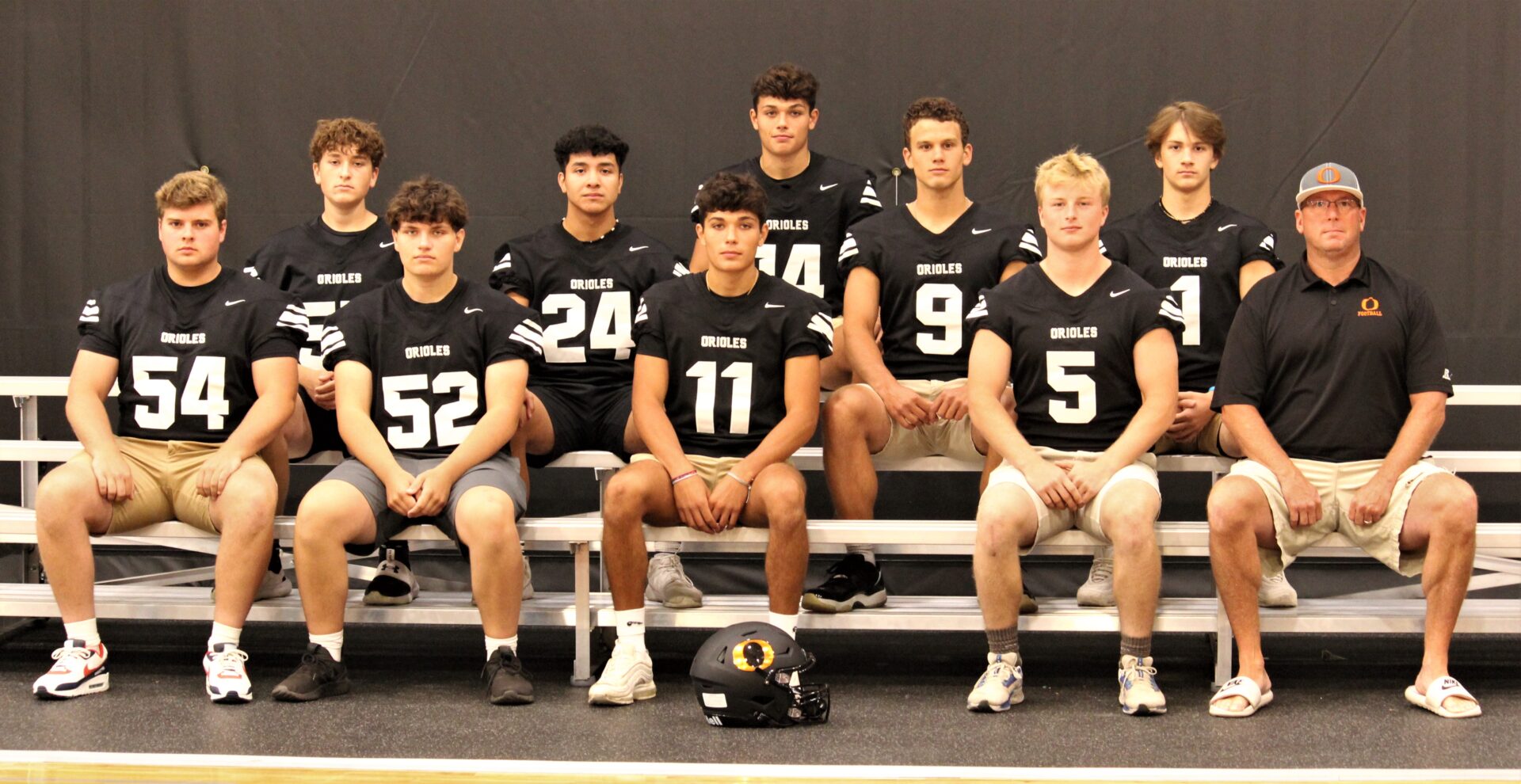 In one of the oldest high school football rivalries in the state, Ludington got back at Manistee Friday night in West Michigan Conference Lakes Division action.

Host Ludington defeated Manistee, 45-21, thanks to a balanced offensive attack and a strong second half. The Orioles had lost the last two meetings again the Chippewas.

Ludington-Manistee is tied for the fourth-oldest rivalry in Michigan based upon the year the series started, which for the Orioles and Chippewas was 1895. Friday’s matchup was the 145th meeting all-time. Ludington leads the series, 70-64-11.

Ludington outgained Manistee in total offense, 406-209. The Orioles rushed for 258 yards and passed for 148.

Forfinski paced the Ludington defense with 10.5 tackles, including a sack and three stops for lost yardage. Gage Jones had 10 tackles for the Orioles.

Ludington improves to 5-1 overall and 3-1 in the WMC Lakes with the win. The Orioles head to Whitehall next Friday to take on the undefeated, second-ranked Vikings (6-0, 3-0 WMC Lakes) in their homecoming game.

Owen Hertel added 115 yards and a TD on just three carries for the Packers (4-2, 1-2 WMC Lakes). Talen Reichert-Slater completed 9 of 14 passes for 73 yards and a TD toss to Gabe Curtice, who finished with four catches for 46 yards.

The teams were close in rushing yards, as Fremont held a 299-296 edge. OV had no passing yards.

Next week, Fremont plays at Montague while Orchard View renews its rivalry with Oakridge.

Homecoming king Hunter Hogan ran five times for 82 yards and two touchdowns on five carries, plus he completed 5 of 7 passes for 96 yards and a score. He also led Ravenna defensively with four tackles.

Drew Mabrito caught two of those passes for 62 yards and a TD. Mabrito also scored on both of his carries on the way to an 80-yard night on the ground. Nathan Kooiman scored two rushing TDs for the Bulldogs as well.

It was the fifth straight win for Ravenna (5-1, 4-0 WMC Rivers), which travels to North Muskegon next Friday in what could determine the divisional title. It will be the North Grove Brewers WMC Game of the Week. CatchMark SportsNet will produce a free livestream as part of its comprehensive coverage.

No stats were submitted for Hesperia, which slips to 1-5 overall and 0-3 in the WMC Rivers Division. The Panthers visit Mason County Central next week. 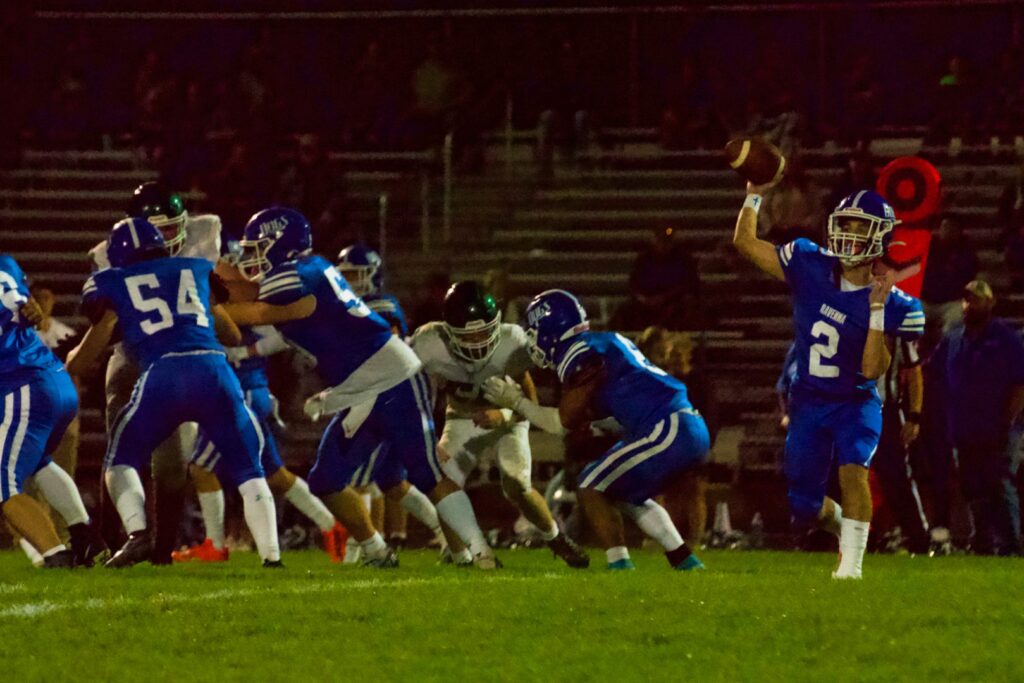 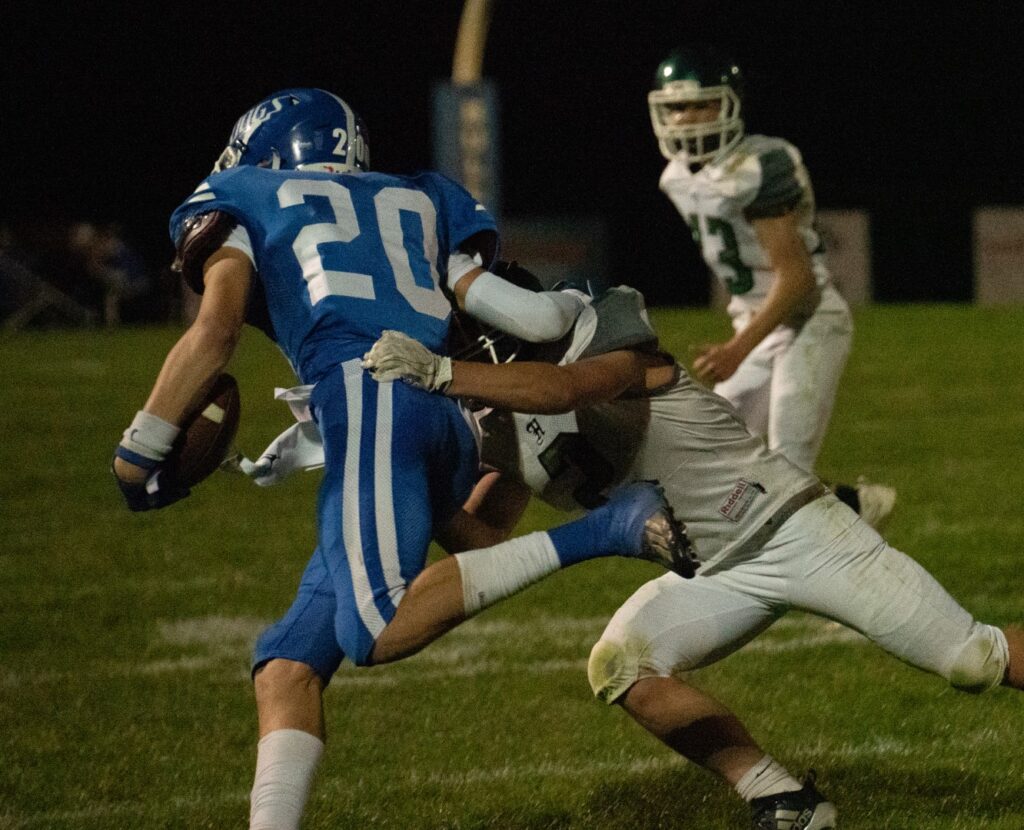 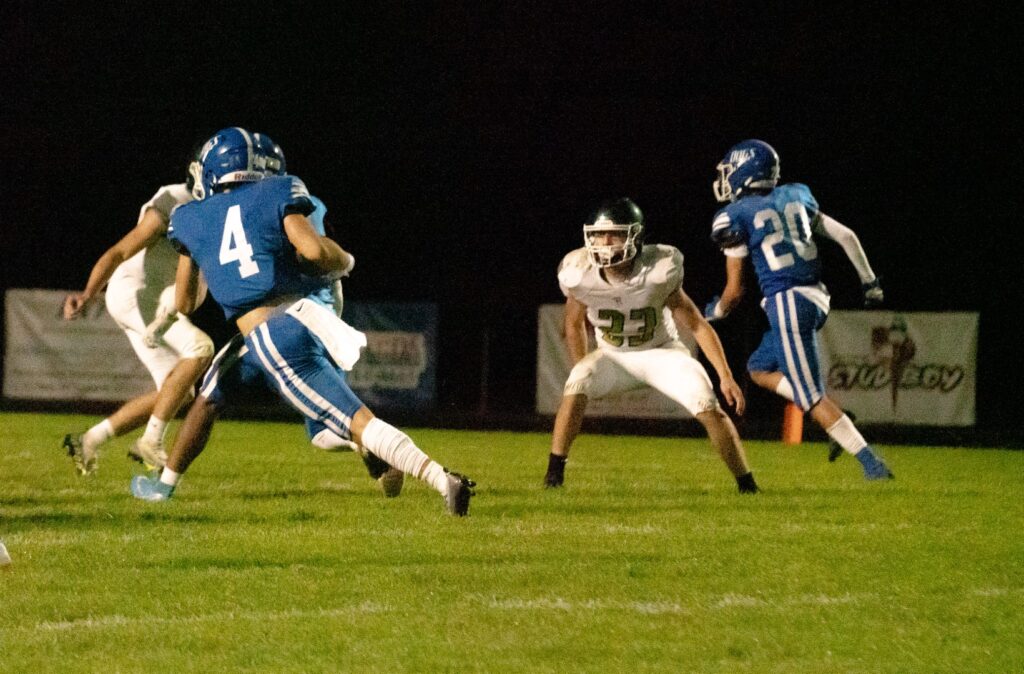 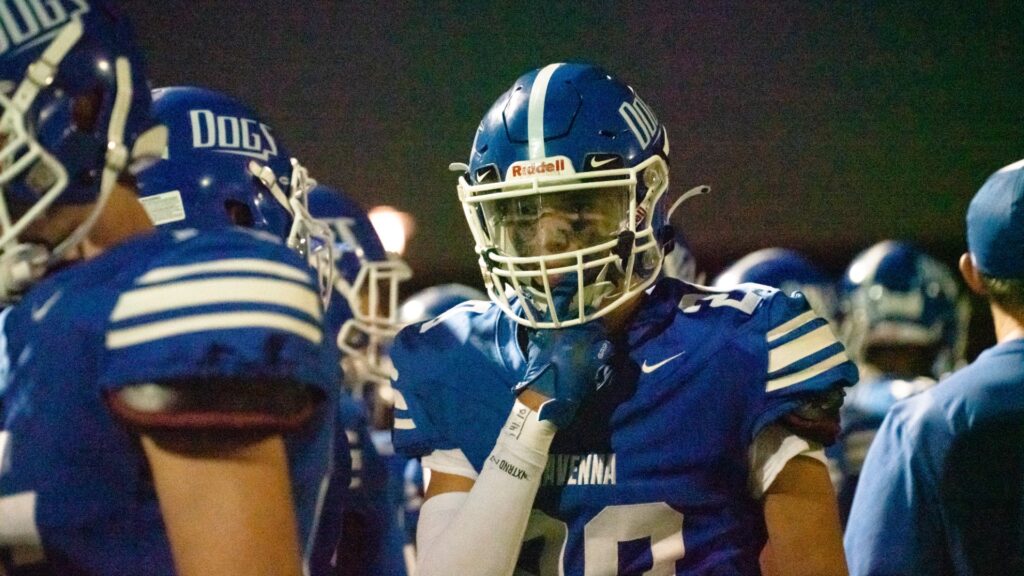 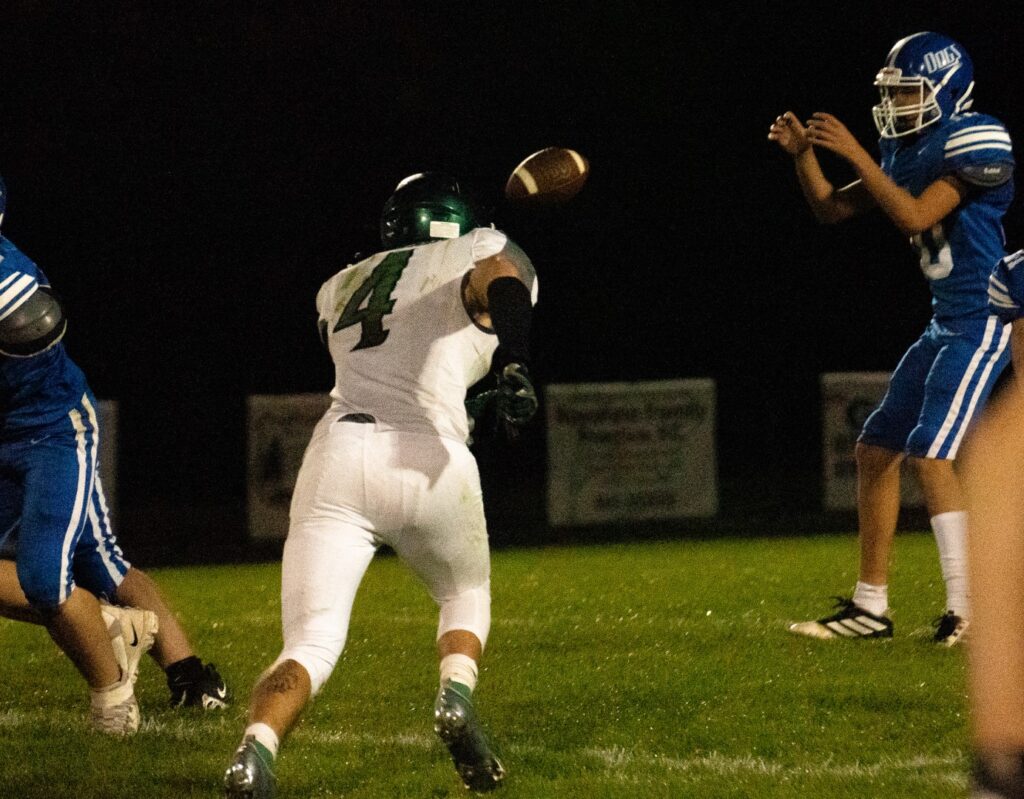 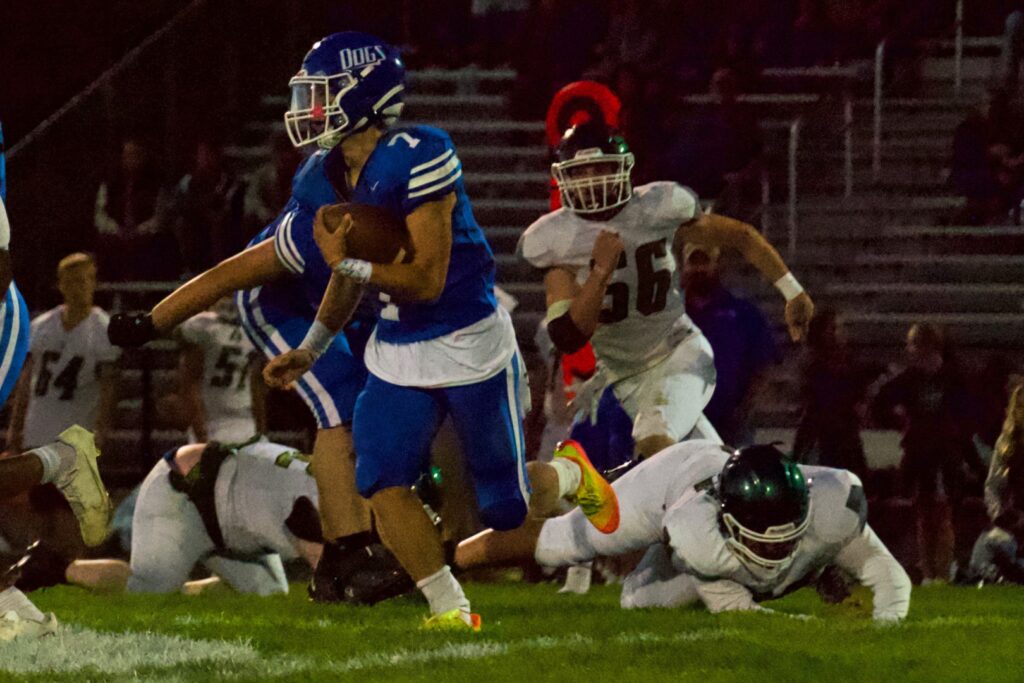 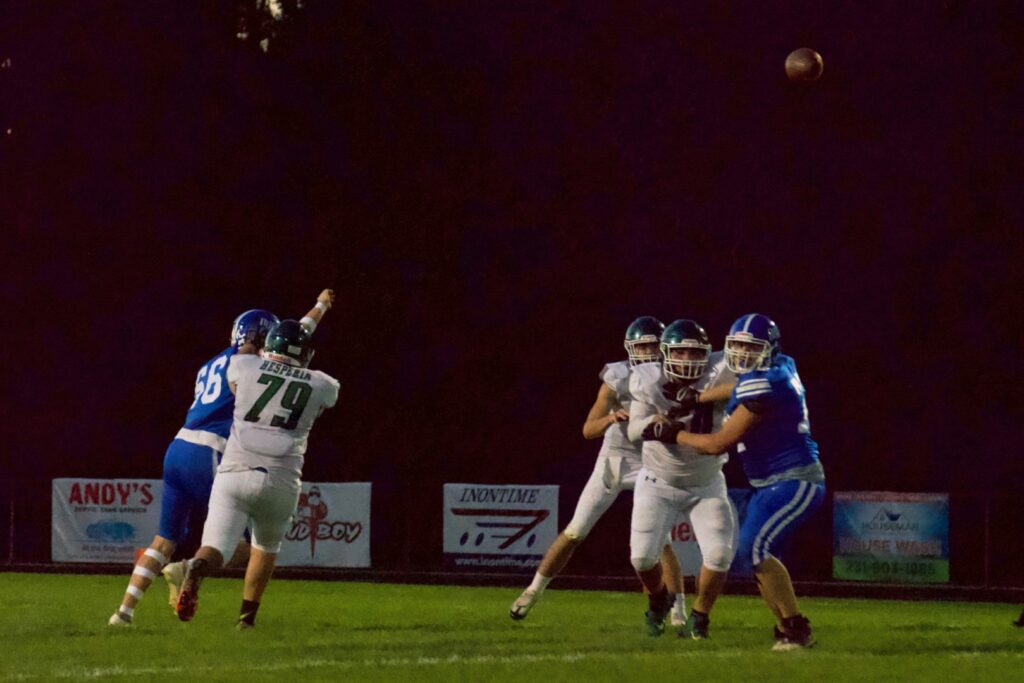 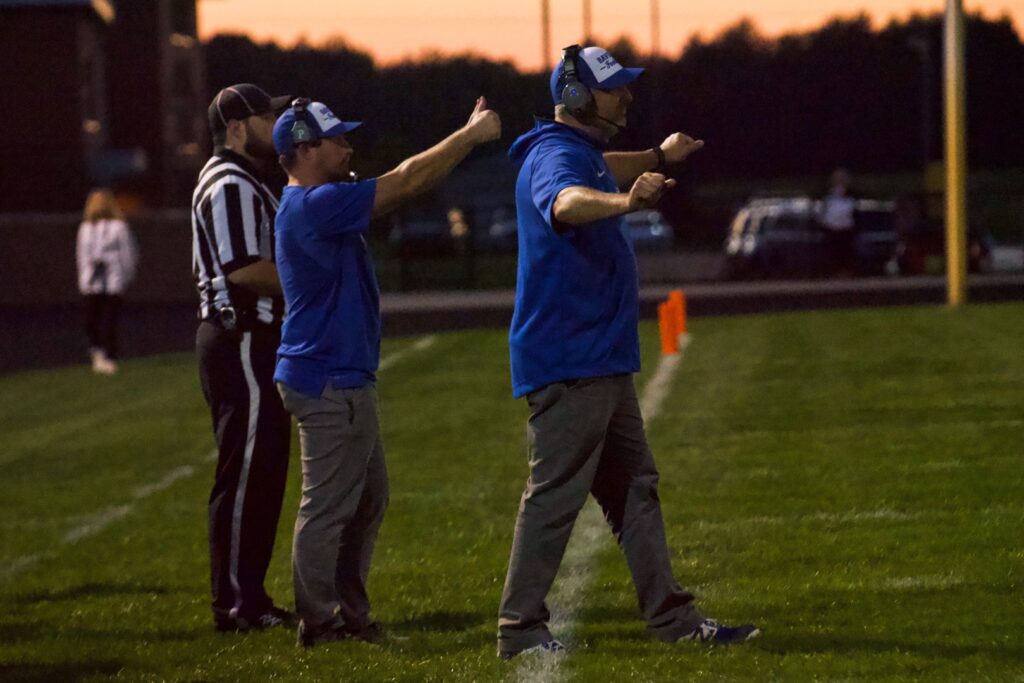 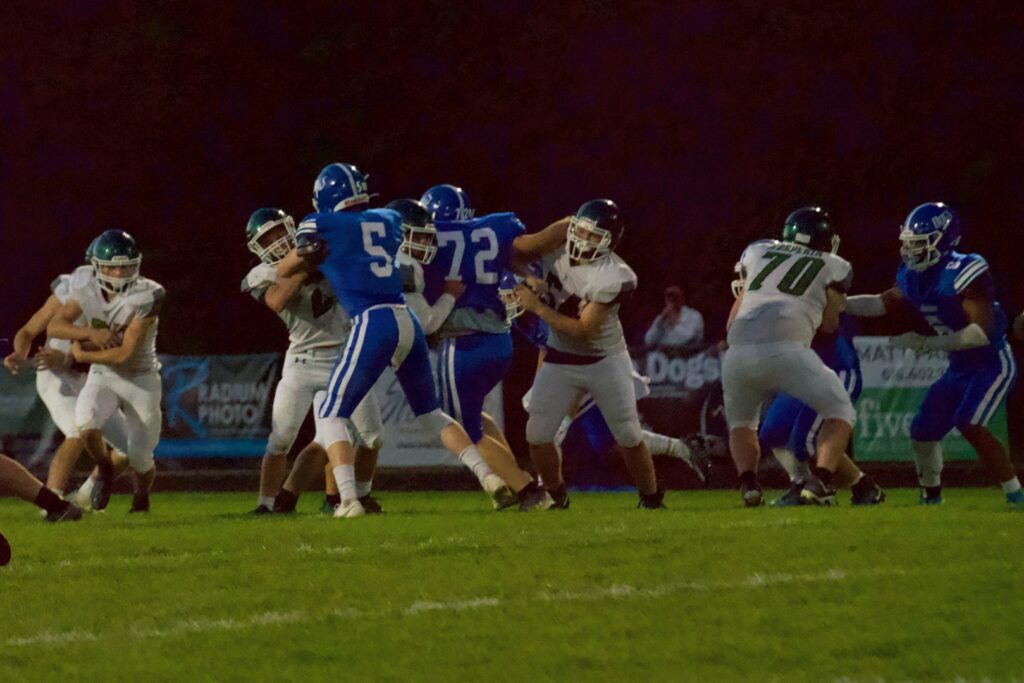 Photos by Scott Robar for CatchMark

HART 22, MASON COUNTY CENTRAL 16: Visiting Hart got back on the winning track with a balanced offensive attack and strong defensive effort against Mason County Central in a WMC Rivers matchup.

The Pirates (4-2, 2-1 WMC Rivers) rushed for 253 yards and passed for 151. Eman Hertzler ran nine times for 118 yards to lead Hart. Trayce Tate ran 11 times for 57 yards with a TD and a two-point conversion. Connor Edwards also scored a rushing TD. Trenton Swihart completed 4 of 7 passes with one TD and a two-point conversion for the Pirates. Chase Gale caught three passes for 148 yards and a TD.

No stats were submitted for Mason County Central (1-5, 1-3 WMC Rivers).

SHELBY 26, HOLTON 6: Host Shelby earned the WMC Rivers Division victory on homecoming night for the Tigers’ first two-game winning streak since the middle of the 2014 season.

Boughan also led Shelby defensively with 4 ½ tackles and an interception. Griffin Olmstead had 3 ½ stops for the Tigers (2-4 overall, 2-2 WMC Rivers).

Next week, Shelby is at Manistee and Holton travels to Hart.