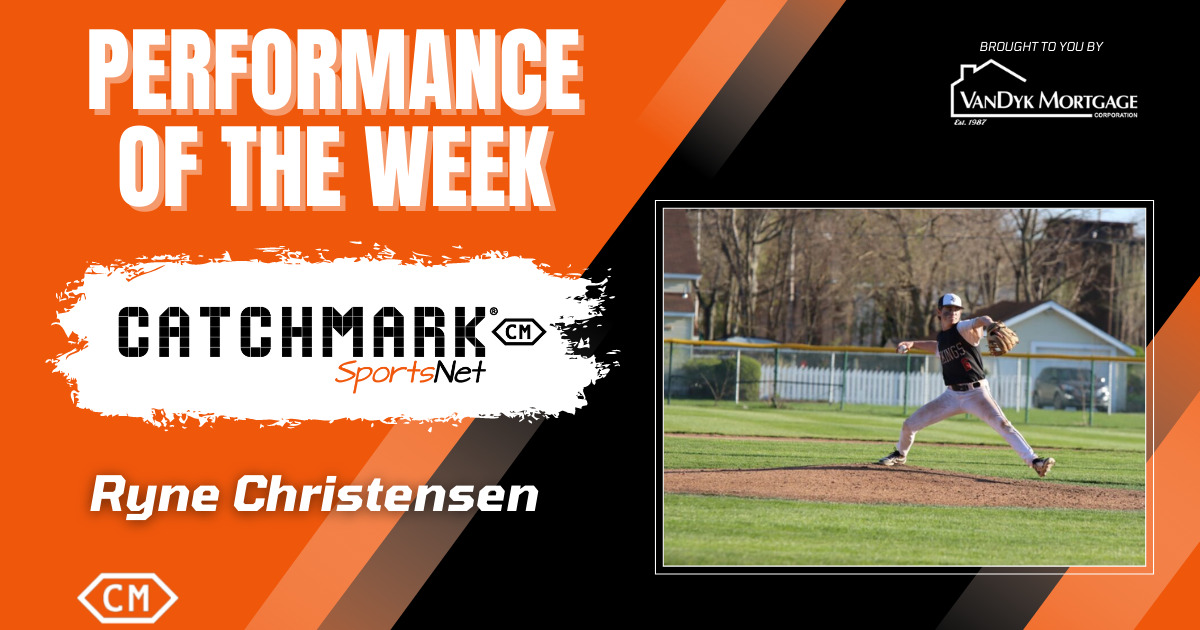 In a season of ups and downs for Whitehall’s baseball team, perhaps the highlight for the Vikings so far was capturing the Greater Muskegon Athletic Association Tier 2 championship last Saturday.

Sophomore Ryne Christensen was instrumental in Whitehall coming away with the title. Voters noticed that, too, as he’s emerged as winner of the CatchMark Performance of the Week for contests played May 2-7, 2022.

Christensen finished with 549 of 939 total votes. Ravenna softball player Madeline Kilbourne was runner-up in the poll with 321 votes.

Christensen, an infielder and pitcher for the Vikings, came up big for his team last Saturday.

In a 9-1 GMAA finals win over Ravenna at Marsh Field, Christensen earned the pitching victory by allowing just one hit with four strikeouts and two walks in five innings. He helped his cause with two hits, three RBIs and two runs scored.

Earlier in the day, Christensen had three hits, five RBIs and four runs scored against Muskegon.

After a nonconference split with Fremont Thursday, Whitehall sports a 10-14 overall record on the season.