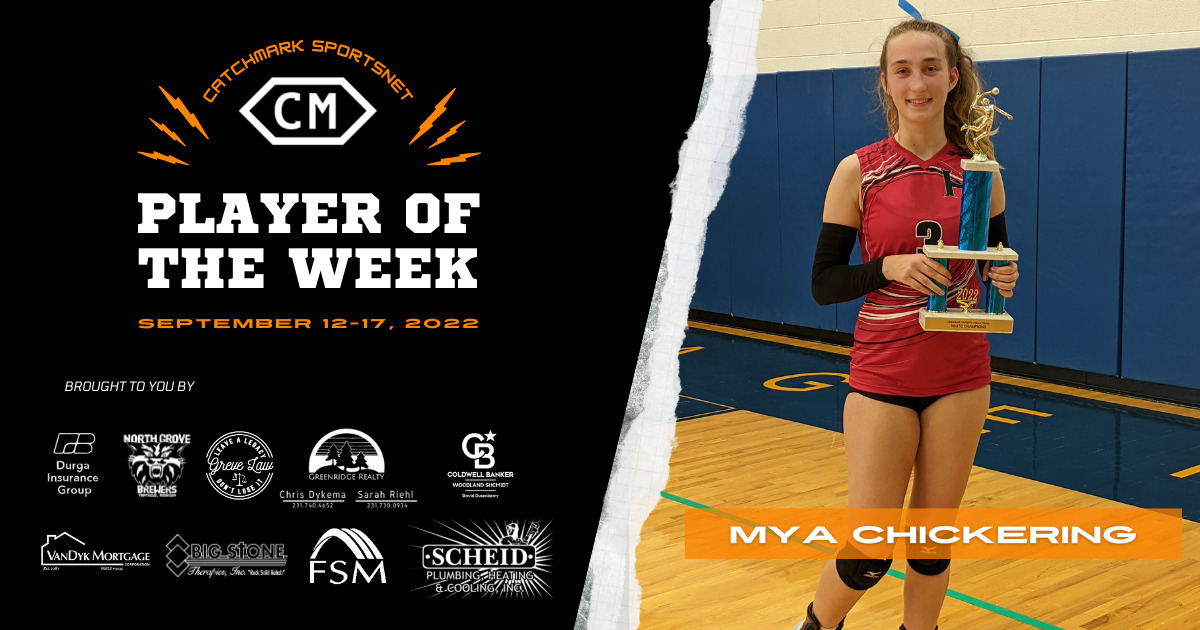 Hart’s volleyball team is enjoying a strong season and Mye Chickering has been a key to the Pirates’ success.

Things got even better for Hart and Chickering today, when the 5-foot-10 senior outside hitter won the fan poll for the CatchMark SportsNet Player of the Week honor by amassing eye-popping voting totals.

Fans voted 30,597 times for Chickering, who leapfrogged North Muskegon tennis player Tate Pannucci on Thursday and never looked back in the poll. Pannucci totaled 5,282 votes. More than 36,000 votes were cast in total for this poll.

Six athletes were nominated for this week’s poll and accompanying story, which highlighted top performers in the West Michigan Conference for the week of Sept. 12-17, 2022. Final voting results can be found at the bottom of this story.

Last Saturday, Chickering helped Hart capture the title at the Onekama Invitational. She totaled 29 kills, 11 digs, 10 aces, four blocks and two assists. The Pirates defeated Lake Leelanau St. Mary in the championship match, 25-23, 22-25, 15-10. The Pirates were 3-0-2 on the day.