Freshman Ava Pelton leads the Wildcats in goals and points. 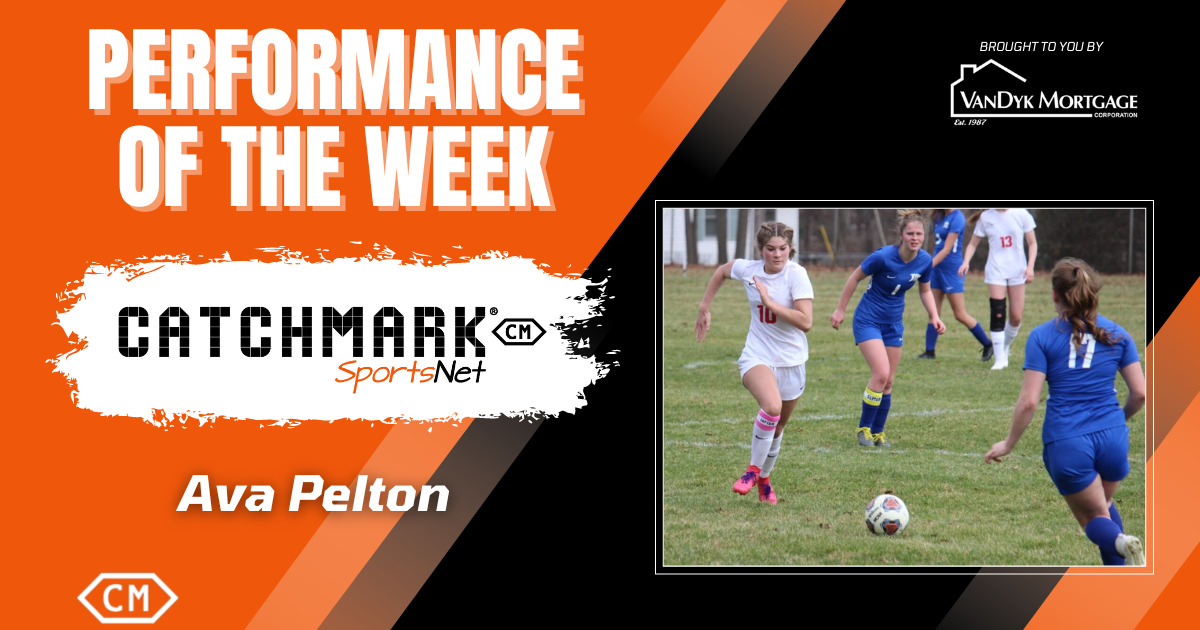 Ava Pelton tallied big points last week for Montague’s girls soccer team. This week, she piled up the votes in the CatchMark Performance of the Week fan poll for April 25-30 contests.

The freshman finished atop the poll with more than 1,000 votes. Precisely, Pelton amassed 1,010 of 1,422 total votes to be honored with the Performance of the Week, which is presented by VanDyk Mortgage.

Whitehall track and field standout Charley Klint was runner-up in the poll with 360 votes. You can see the final voting tallies at the bottom of this story.

Pelton netted a hat trick in Montague’s 8-0 victory over visiting Hart in a West Michigan Conference match Tuesday, April 26. She also had a pair of assists in the game.

On the season, Pelton has a team-best six goals and four assists for 16 points, which leads all Wildcats.

Montague is 5-6 overall and 3-2 in the conference after Thursday’s 11-0 win over Mason County Central.