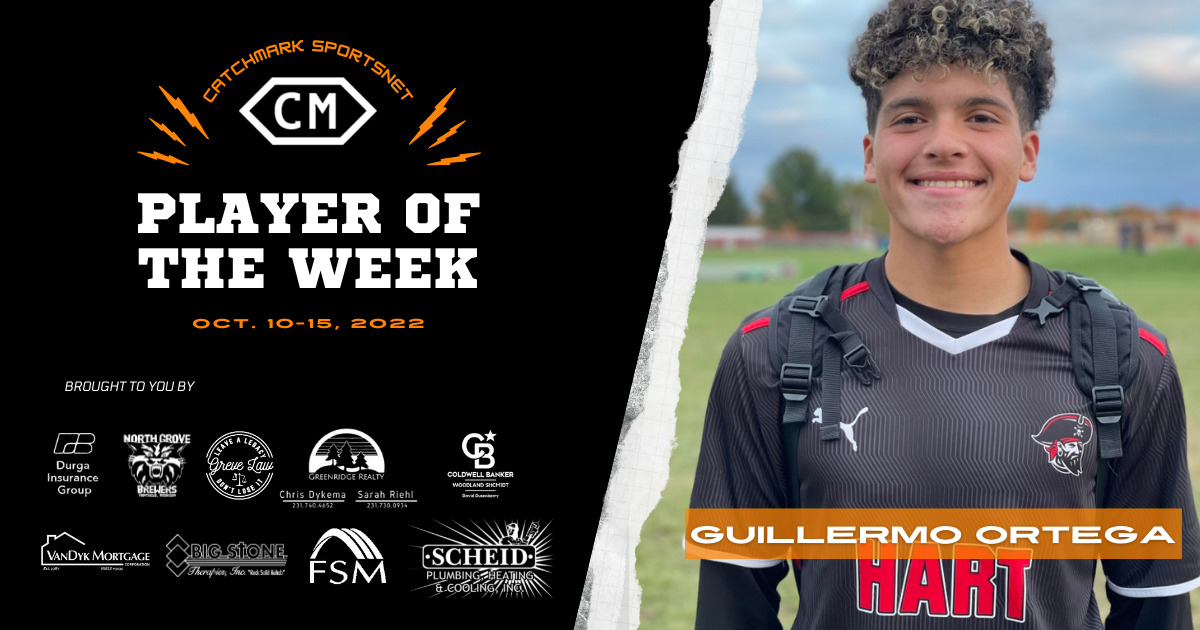 It’s becoming a bit of a pattern or tradition: Athletes from Oceana County winning the CatchMark Sports Player of the Week fan poll.

It’s happened for the fifth straight week, as senior Guillermo Ortega of the Hart soccer and football teams has earned the distinction.

Ortega racked up 17,297 votes among the 26,569 total cast in the Player of the Week poll honoring six athletes from the West Michigan Conference for performances spanning Oct. 10-15, 2022.

Manistee football player Isaiah Davis finished runner-up in this week’s poll with a very respectable 7,144 votes. Complete poll results can be found at the bottom of this story.

Last week, Ortega scored eight goals in a pair of victories for Hart’s soccer team. The senior midfielder tallied four-goal games in 6-0 and 8-0 wins over Muskegon and Newaygo, respectively, plus he added a pair of assists in the latter matchup.

Hart’s soccer team lost a tough 3-2 decision on its home field against Manistee in a Division 3 district title match Wednesday. The Pirates finished with a 13-7-2 record.

Ortega also serves as kicker and punter for Hart’s football team, which travels to Ravenna tonight (Friday, Oct. 21) looking for its seven win of the season.