Former Whitehall baseball standout was a two-time All-American for the Saints, whose career hitting record at Aquinas has not been touched. 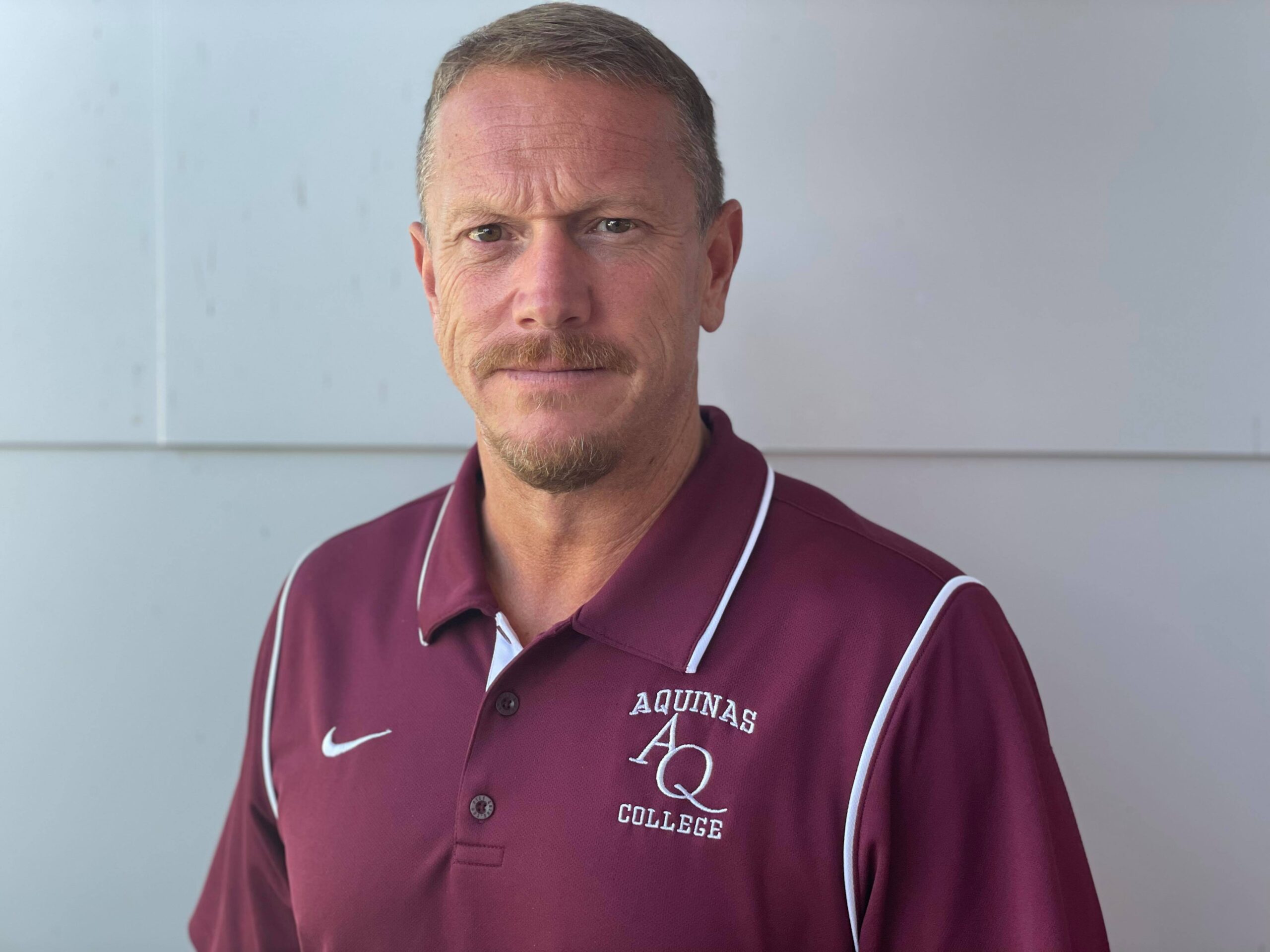 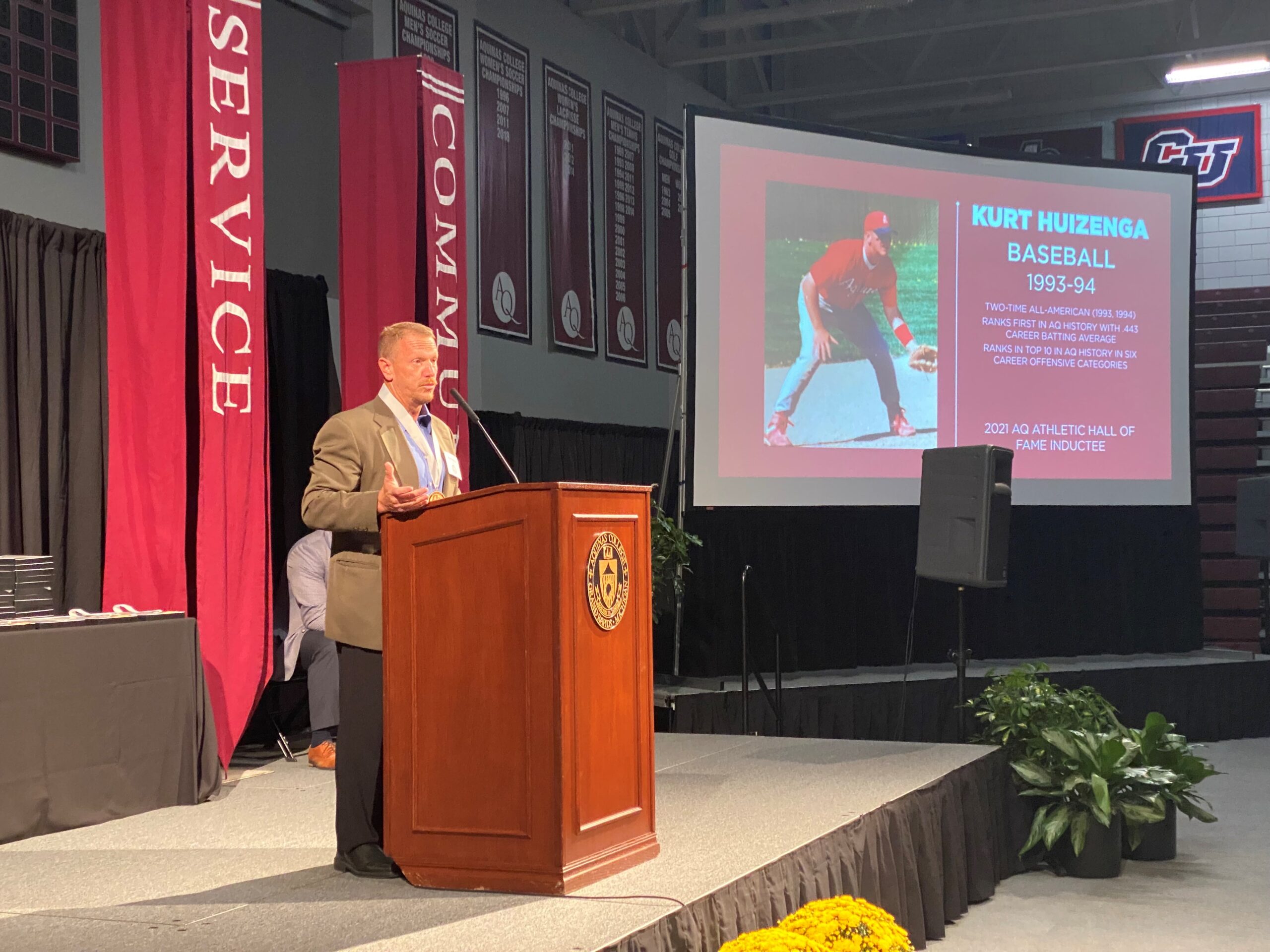 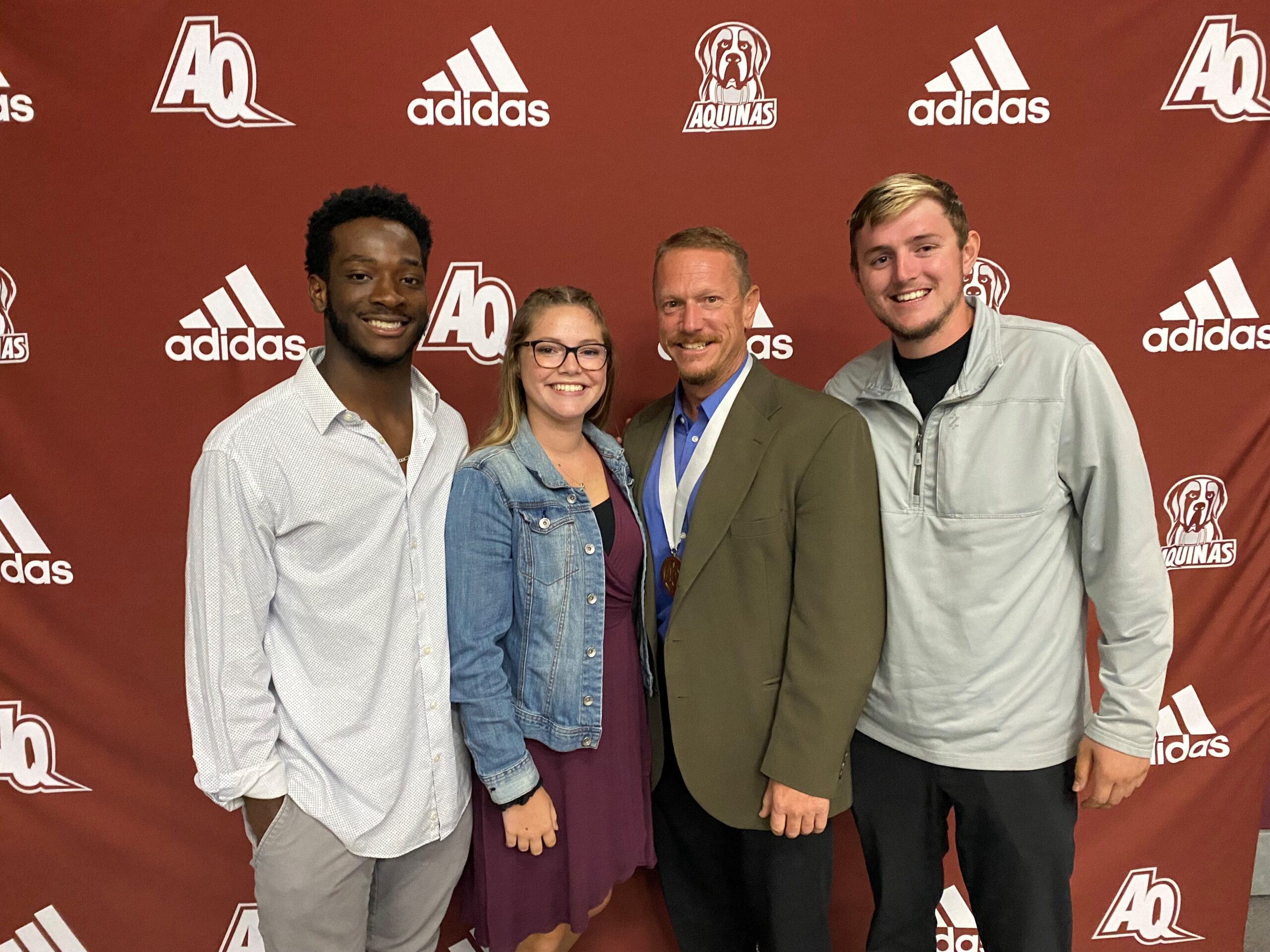 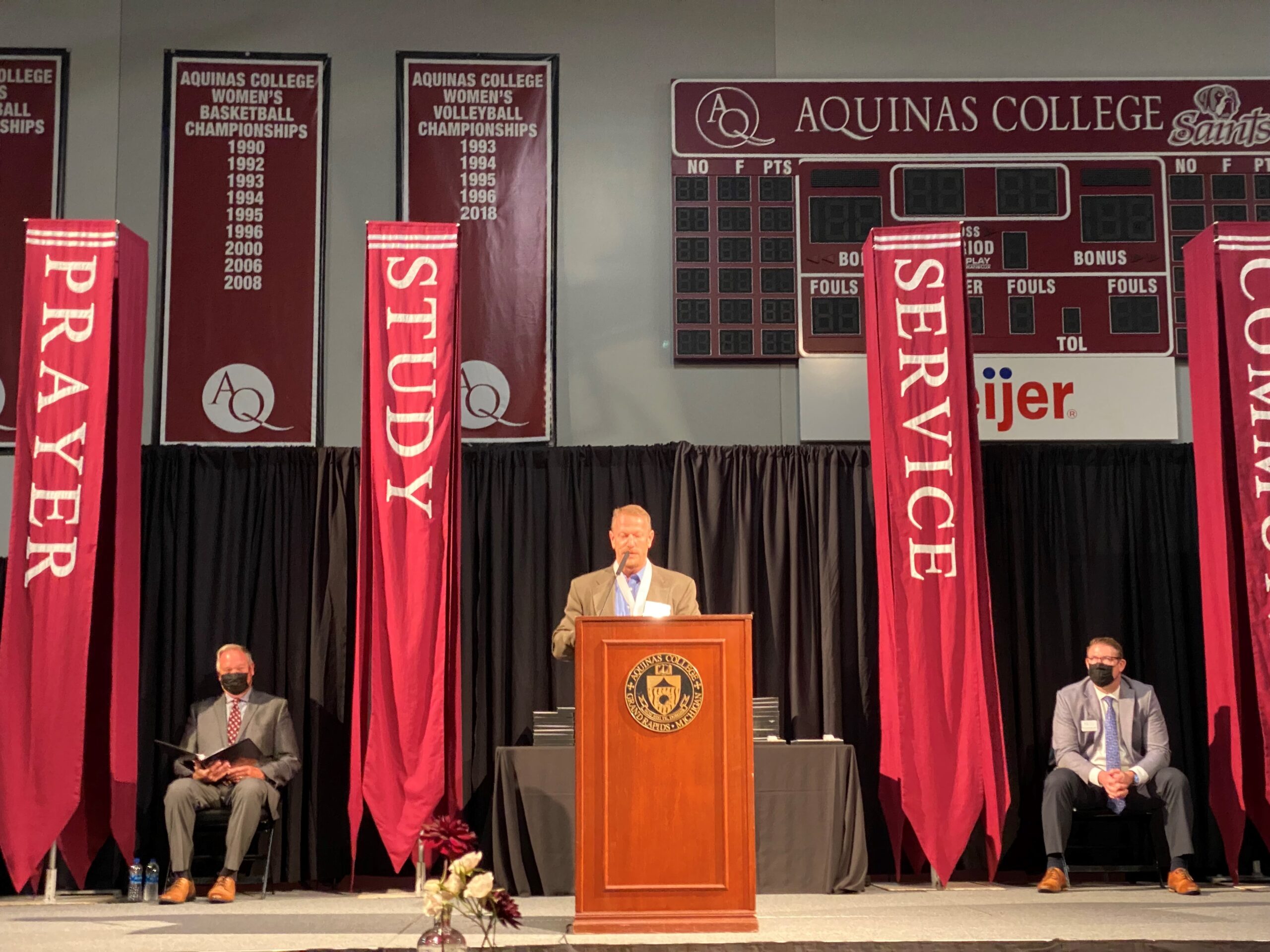 Those traits and skills led him to the Aquinas College Athletic Hall of Fame, in which the two-time All-American Saints baseball player was inducted during an on-campus ceremony Friday at the Sturrus Sports & Fitness Center.

“It just goes back to who I was surrounded by,” said Huizenga, 49, a 1990 Whitehall alumnus. “ … The environment that (coach Terry Bocian) built in his program and the kids he brought in back in those days, they were just quality kids, so it was easy. The culture of coach Bo’s teams was phenomenal and that’s what I give it all back to. It was just easy to be successful with that type of surrounding.”

Huizenga made it look easy at the plate.

After two years at Grand Rapids Junior College, he set an Aquinas hitting record in the 1993 and 1994 seasons as the Saints’ starting third baseman and No. 3 hitter in the lineup. His .443 career batting average is a Saints record, more than 50 points better than the second-best hitter on the list.

Huizenga, the son of John and Roni Huizenga, ranks in the top 10 in Aquinas history in six career offensive categories despite playing only two seasons with the Saints.

“I spent hours in the cage by myself or with buddies, just off the good ol’ (pitching-machine) arm, ‘Iron Mike,’” Huizenga said. “Hours, where we could pinpoint boxes in a net where we were going to move the ball. I hated hitting live pitching in the cage – brutal. I mean, in the fieldhouse guys throwing 86, wild.”

Ehnis, a 2003 Ravenna High School alumna, finished as one of the best all-around players in Aquinas women’s basketball history. She blocked more shots (269) than any Saints player and still holds the top three spots on the single-season blocks list.

Like Huizenga, Ehnis was a two-time All-American for Aquinas and she remains humbl. She totaled 1,966 career points and 836 rebounds, both of which ranked third in Saints history.

Ehnis was unable to attend the ceremony because she is expecting a baby in the coming weeks. Aquinas plans to honor her next year when she can attend in-person.

“We had such successful teams during my junior and senior years at Aquinas,” Ehnis said. “Being a part of those great teams and surrounded by so many talented players was very special and really fun to be a part of. Being inducted (in the Aquinas Hall of Fame) is a testament to all my teammates from those years and an honor that represents all of us.”

Huizenga has starred in baseball since his days as a Whitehall youth. In the late-1980s and early-1990s for Whitehall High, he batted around .500 for some talented Vikings squads.

At the end of his college baseball career, Huizenga was projected to be selected in the later rounds of the 1994 MLB Draft, but it did not materialize. That year, he played independent baseball for the Huron Heaters (Huron, S.D.) in the North Central League as an outfielder and third baseman.

Upon his return to Whitehall as an educator – he now teaches at the middle school – Huizenga spent nearly 20 years as an assistant coach under Warren Zweigle in the Vikings’ baseball program. He still does some hitting instruction for Matt Houseman of Next Level Players and Blue Chip Softball.

Kurt Huizenga said he learned a lot from a young age just being around his dad’s Whitehall teams. But he noted that his mother was always his biggest fan and his life coach. While his dad helped keep him humble, she balanced things out.

Baseball was Huizenga’s specialty, but he also played four years of basketball, two years of football and two years of golf at Whitehall High School. He’s big advocate of multi-sporting.