This fall, the weekly poll will open Monday and close Friday. 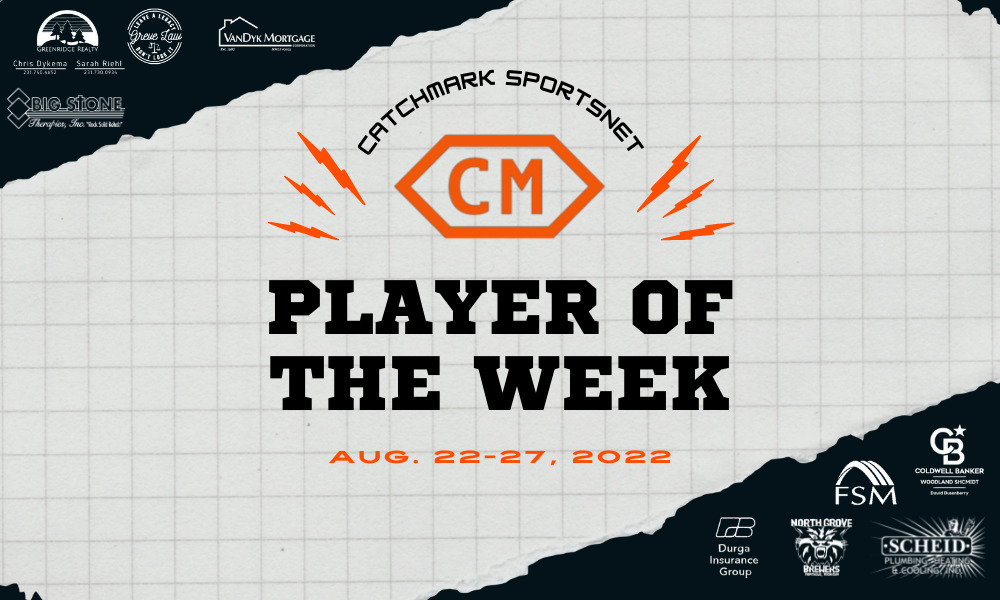 CatchMark SportsNet aims to highlight top performances by athletes from the West Michigan Conference each week.

Time to launch the Player of the Week poll for the fall sports season.

The sophomore had a strong day across the board for the Orioles at the Reed City Invitational on Saturday, Aug. 27. Anderson finished with 15 aces, 50 assists, 25 digs, nine kills and eight blocks. Ludington won two matches, lost two and split one. The Orioles advanced to the semifinals.

The senior established a personal record in his runner-up finish at the Pete Moss Benzie Central Invite on Saturday, Aug. 27. Ackley’s time of 16:15.0 set the tone for the Pirates, who won the team portion of their division going away. Ackley led five Hart runners who finished in the top 20, four in the top 11.

The sophomore had already established herself as one to watch during a dynamite freshman season in cross country and track. Jazwinski picked up where she left off, easily winning the Pete Moss Benzie Central Invite with a time of 17:44.9. Hart finished second as a team.

The senior established a nine-hole personal-record with a 37 shot during a West Michigan Conference jamboree on Thursday, Aug. 25, at Waters Edge Golf Course in Fremont. Montague won the jamboree with a team score of 164.

The junior striker is having a monster season for the Eagles, who were 5-1-1 entering this week. Through seven games, Romero has tallied 18 goals and one assist. He’s had a four-goal game in addition to three hat tricks, plus a two-game effort.

Stratton kicked off his junior season in a big way in the Vikings’ head-turning 54-26 victory over Hudsonville Unity Christian. The 5-foot-8, 165-pounder completed 7 of 12 passes for 222 yards with three touchdowns and two picks. He rushed 11 times for 101 yards and a TD, plus he notched a pick-6.