Vikings are 8-1 since freshman made his debut Jan. 4 after early-season ankle injury. 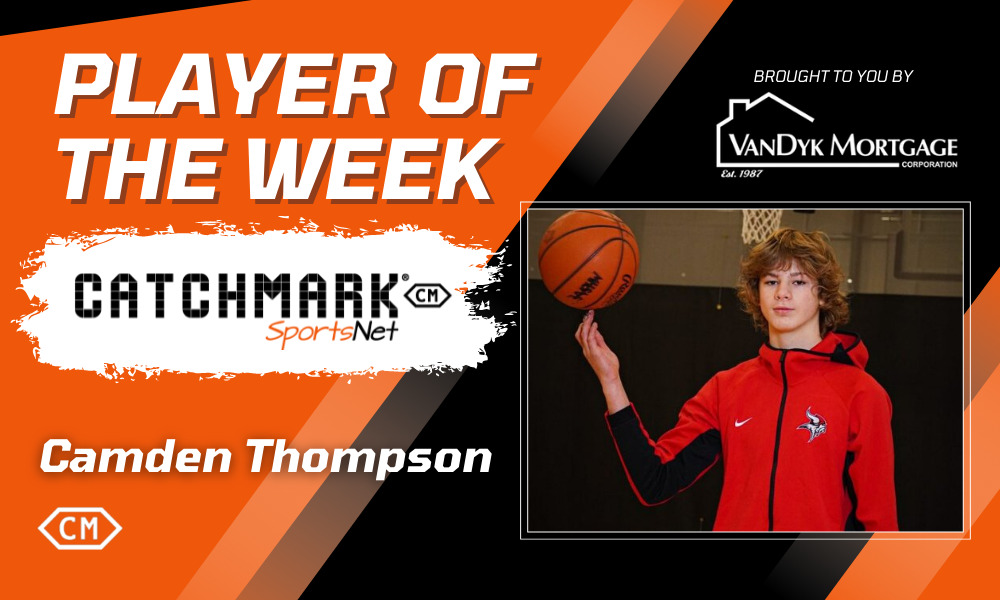 Camden Thompson’s name is appearing in headlines frequently these days.

Why not one more?

The Whitehall freshman has been voted the CatchMark Player of the Week for Jan. 31-Feb. 5.

This is the second time this season that the Vikings’ basketball standout has earned the distinction. He also was voted CatchMark Player of the Week Jan. 3-8.

In this week’s fan poll, Thompson finished with 627 of 676 total votes, good for 93 percent. Montague basketball player Claire Meacham and Hart wrestler Mason Cantu also were recognized in the poll.

Whitehall made waves last week and so did Thompson in a pair of key road wins that put the Vikings in a tie with Ravenna atop the West Michigan Conference standings.

In a 55-41 victory at Ravenna last Tuesday, Thompson finished with 15 points and 13 rebounds. Thompson followed that up with an even bigger game in last Friday’s 69-61 win at North Muskegon, where he erupted for 32 points and 18 boards.

Whitehall (10-4 overall, 8-2 WMC) is 8-1 with Thompson in the lineup. He missed the Vikings’ first five games with an ankle injury, but his team has been rolling since his debut on Jan. 4.

In Thursday night’s 52-46 win at Montague in the CatchMark Game of the Week, Thompson totaled 15 points and 18 rebounds.