Oakridge tackling leader Brody Jennings at top of list for Player of the Week, too

Eagles junior is coming off big game last week vs. Belding, looks to keep it going in regional finals. 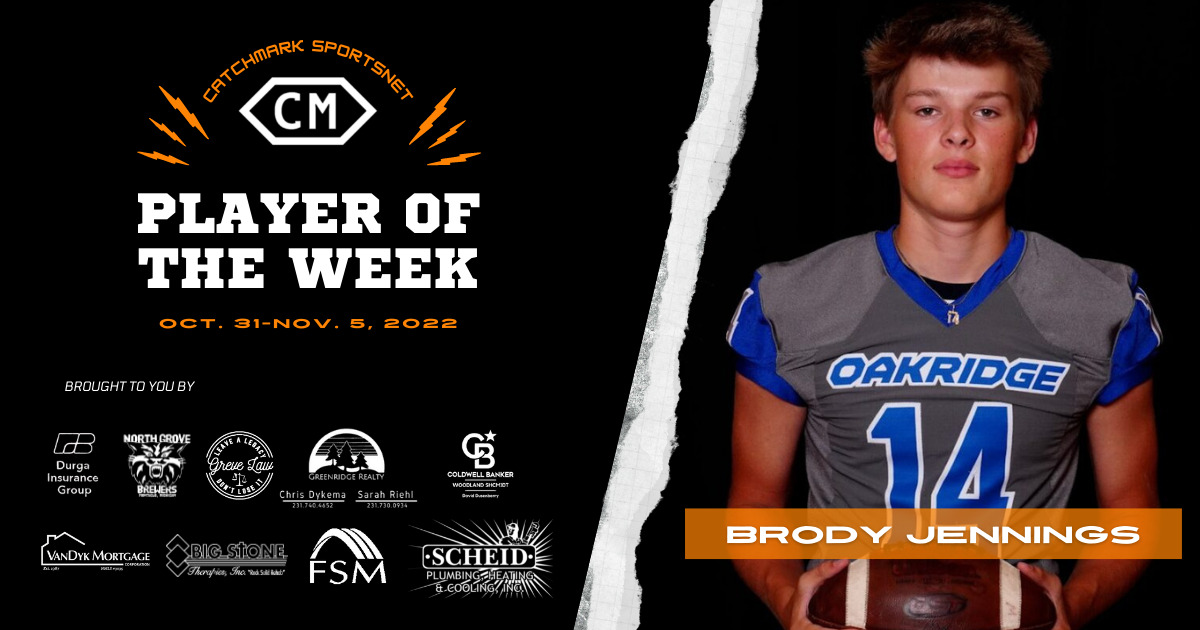 Brody Jennings has been a leader for Oakridge’s defense all season as the Eagles’ No. 1 tackler.

The linebacker was at the head of the pack for the CatchMark SportsNet Player of the Week fan poll, too.

Jennings was the top vote-getter for the Player of the Week poll, which recognized six West Michigan Conference fall sports athletes for their performances Oct. 31-Nov. 5, 2022.

Jennings finished with 670 of 1,778 total votes in the poll. Whitehall football player Nate Bolley finished second in the poll with 436 votes.

See complete voting results for this week’s poll at the bottom of this story.

Jennings had a big game in Oakridge’s 30-8 victory over Belding last Friday in a Division 5 district championship matchup. The 6-foot, 160-pound junior helped keep the Black Knights’ offense in check with a team-high 13 tackles.

On the season, Jennings leads Oakridge with 90 total tackles, including four for lost yardage with one interception and four pass breakups.