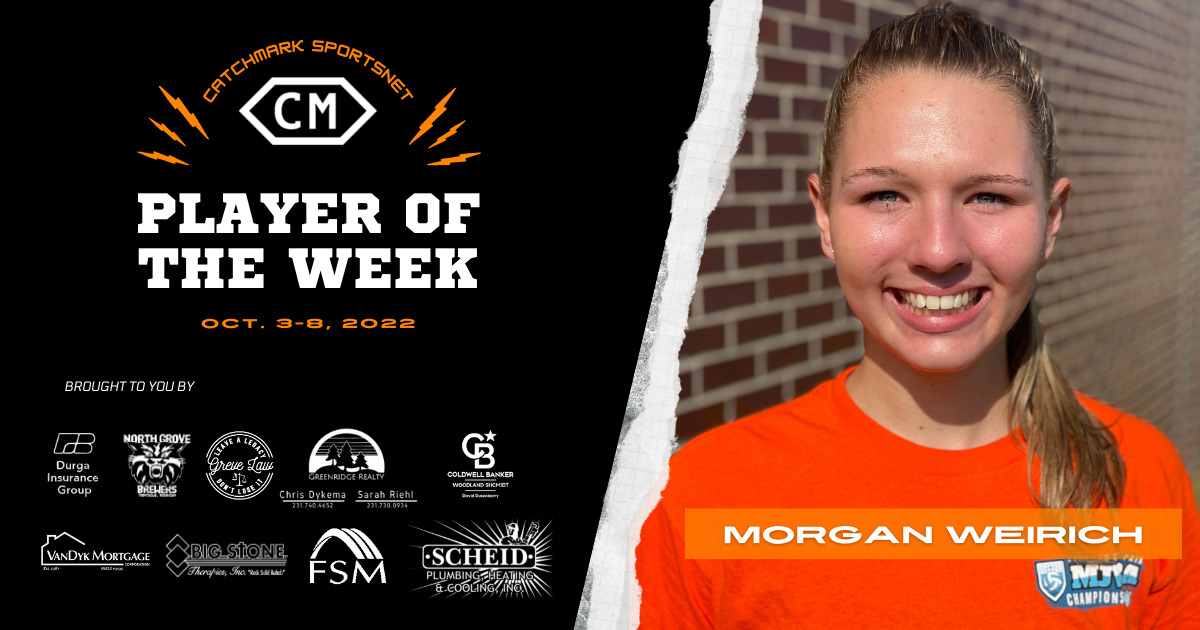 Weirich is this week’s winner of Player of the Week honors. She edged Mason County Central football player Peyton Merz in this week’s poll, which recognized six athletes from the West Michigan Conference for their performances spanning Oct. 3-8, 2022.

Final voting tallies for all six athletes can be found at the bottom of this story.

Weirich is a 5-foot-6 senior, who is a four-year starter at libero. She sparked Shelby to a key, four-set victory at North Muskegon last Tuesday and has been a key to her team posting a 23-7-2 overall record entering this week.

Weirich totaled 25 digs, five aces and three assists in the win over North Muskegon. In the Wayland Invitational Saturday, she notched 51 digs, 13 assists and seven aces as Shelby went 1-1-1 on the day.